A good general timeline of events can be found here:

We have a timeline of the Mukacheve crisis to help you understand what happened http://t.co/fZvi1GNyWU pic.twitter.com/c5H8aOFwbz
— Euromaidan Press (@EuromaidanPress) July 12, 2015

This blog analyses some aspects in more detail.

Security cameras had recorded the arrival of Right Sector at Antares Health club, Mukacheve.
Also the police released footage from that scene.

All these shots have been put together in synchronised order:

For a long time nothing seems to happen. Soldiers walk up and down the road, but they can never be seen entering the gate.

At 39:47 six men at the gate look to the left and got scared (must be first moment shots were fired):


At 44:24 a soldier walks towards the gate and talks with a man who points his arm to the left. 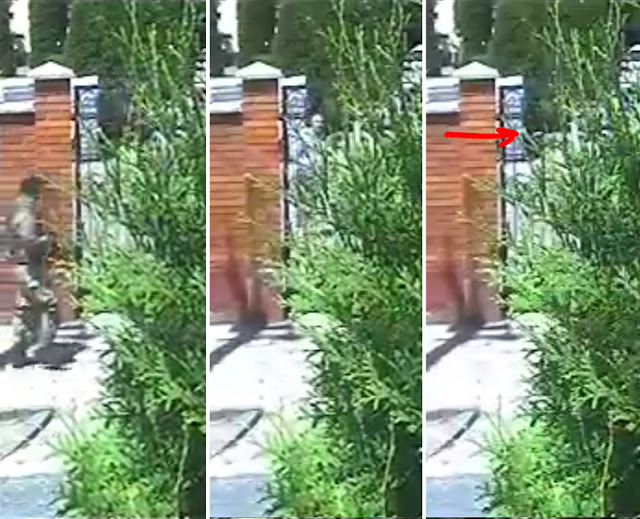 At 44:53 a second soldier walks fast towards the gates and the two soldiers enter the gate, with the other man directing them. 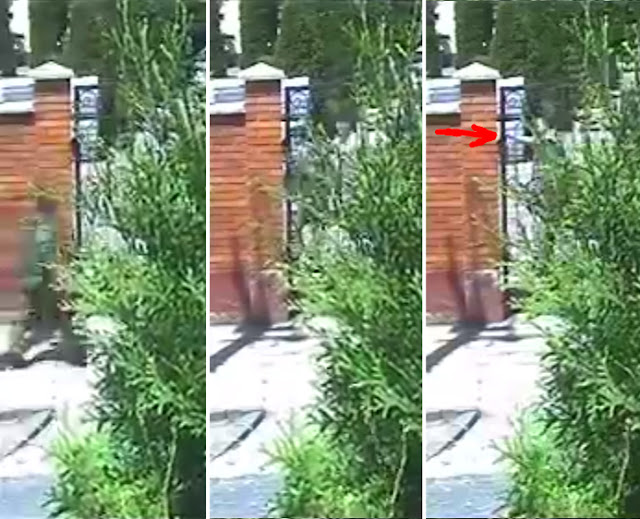 At this point the police footage starts.

At 45:43 the two soldiers can be seen dragging a body outside the gate. 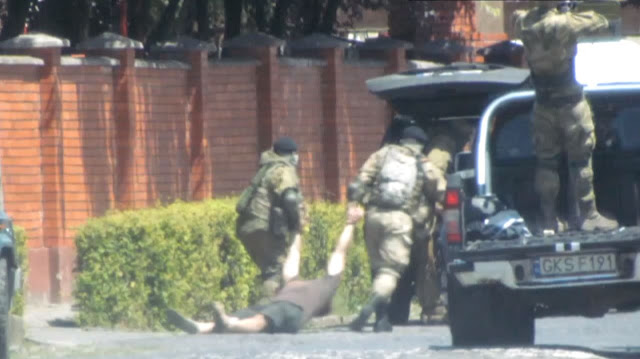 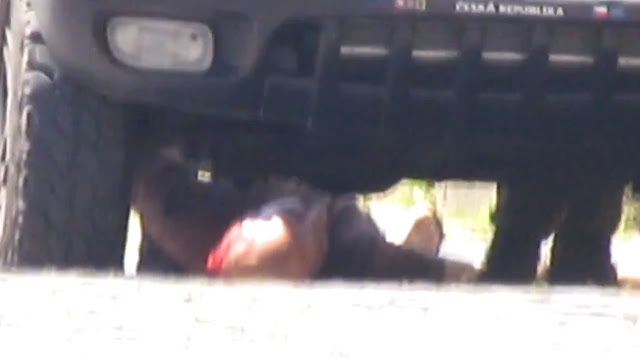 At 46:33 they put it in the car.
At 48:31 they indicate that they want to leave or something. A smoke grenade can already be seen laying on the ground: 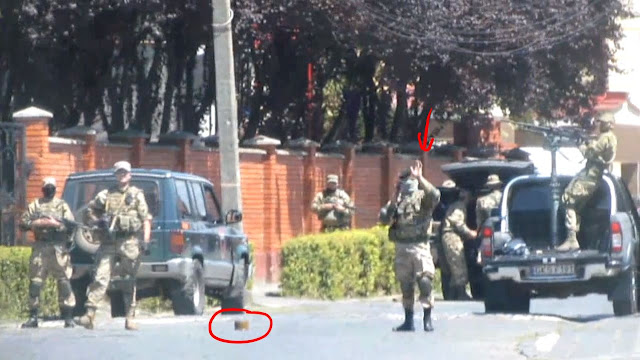 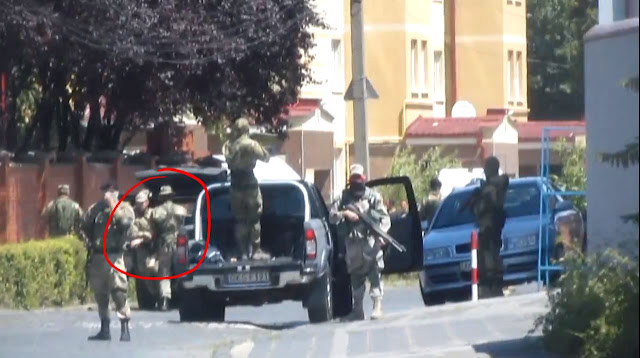 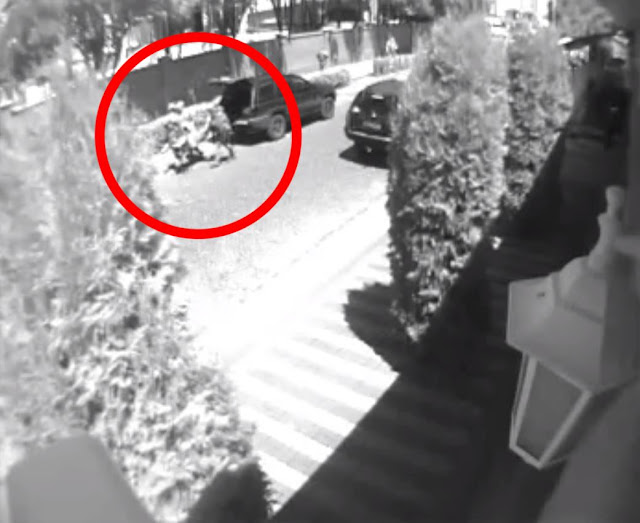 At 48:50 a white car (what seems to be an ambulance drives through the camera view): 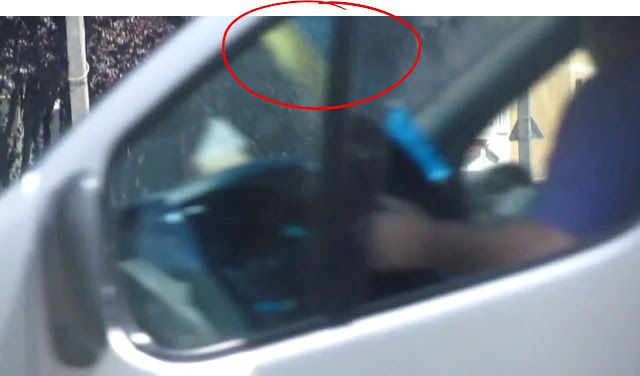 Note the Ukrainian flag in the middle.

At 48:58 the soldiers can be seen dragging the body into the gate again. 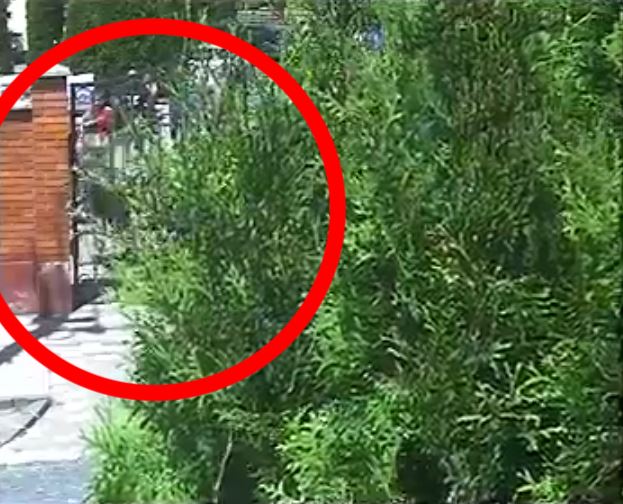 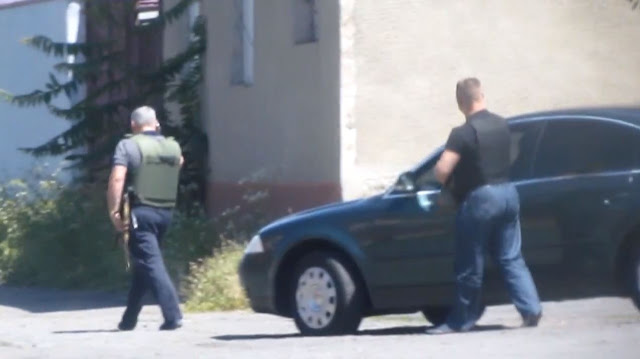 At 49:30 an ambulance can be seen driving away on the OTHER side: 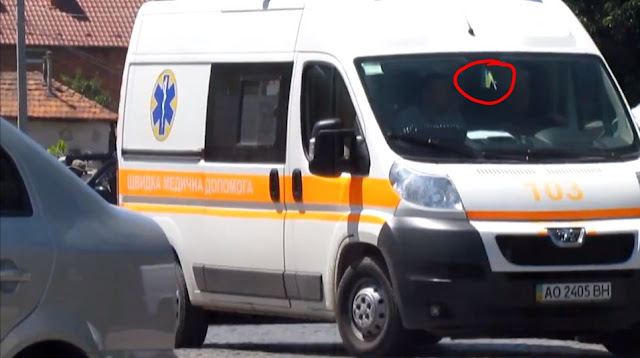 Note the Ukrainian flag in the middle. Yet, the security footage never shows an ambulance driving through the view. 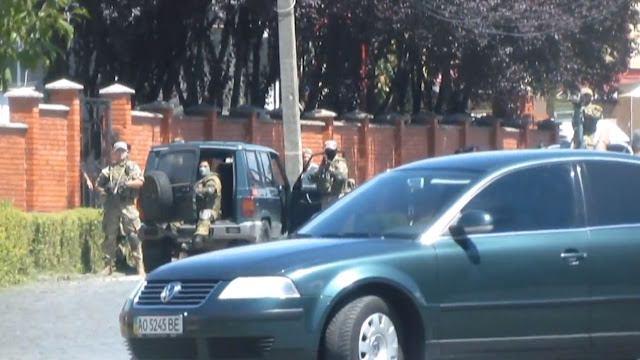 At 49:41 warning shots are fired into the air by a soldier (this is the ONLY place where audio is available!): 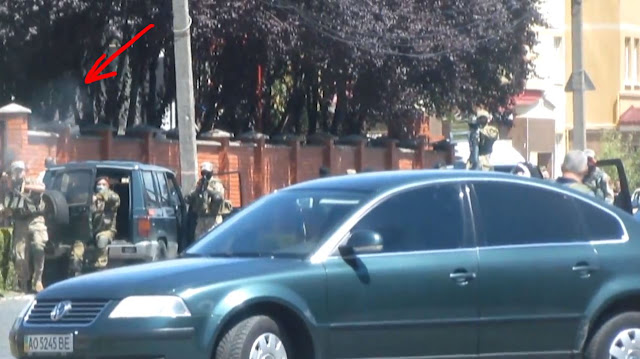 At 50:20 a soldier starts to light the smoke grenade: 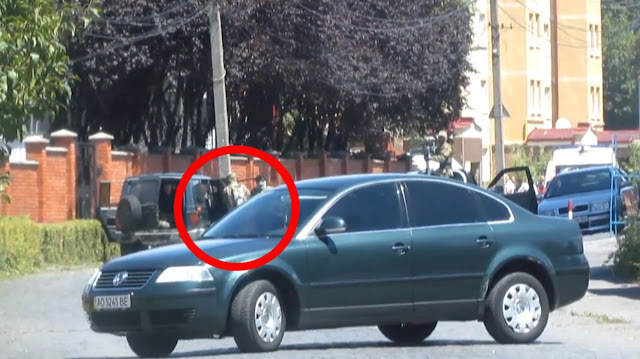 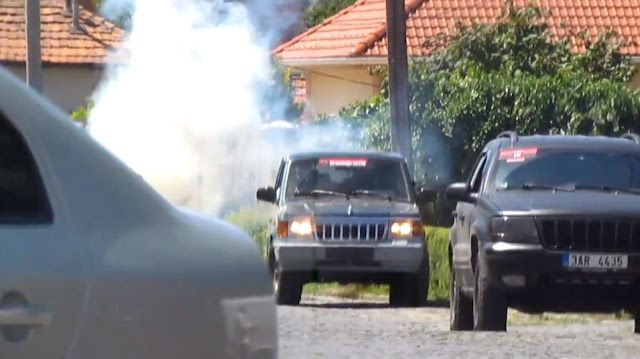 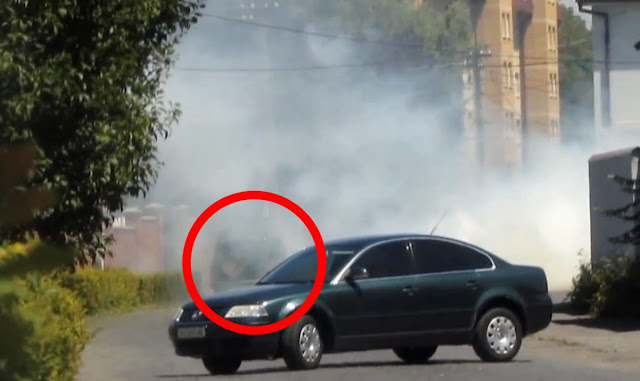 There is never panic, neither is there any real shootout here, but there are many questions


Clearly a man INSIDE the gates asks the soldiers to take the body. HE directs them. So they take the body. But they are quite rude with it.
Maybe next thing is they saw an ambulance arriving and decided to bring him back again.