A deadly ambush has been taken place on a Ukrainian unit "Aidar" North of Lugansk on 18-6.

In this video some fighting is still going on:

A burning vehicle is behind the bushes and the munition in it is exploding.

(GRAPHIC) This video shows the aftermath of the ambush. WARNING: it shows 2 dead, 3 wounded and a dying soldier.
A translation of the text in the video can be found here.

This is the reconstructed situation map: 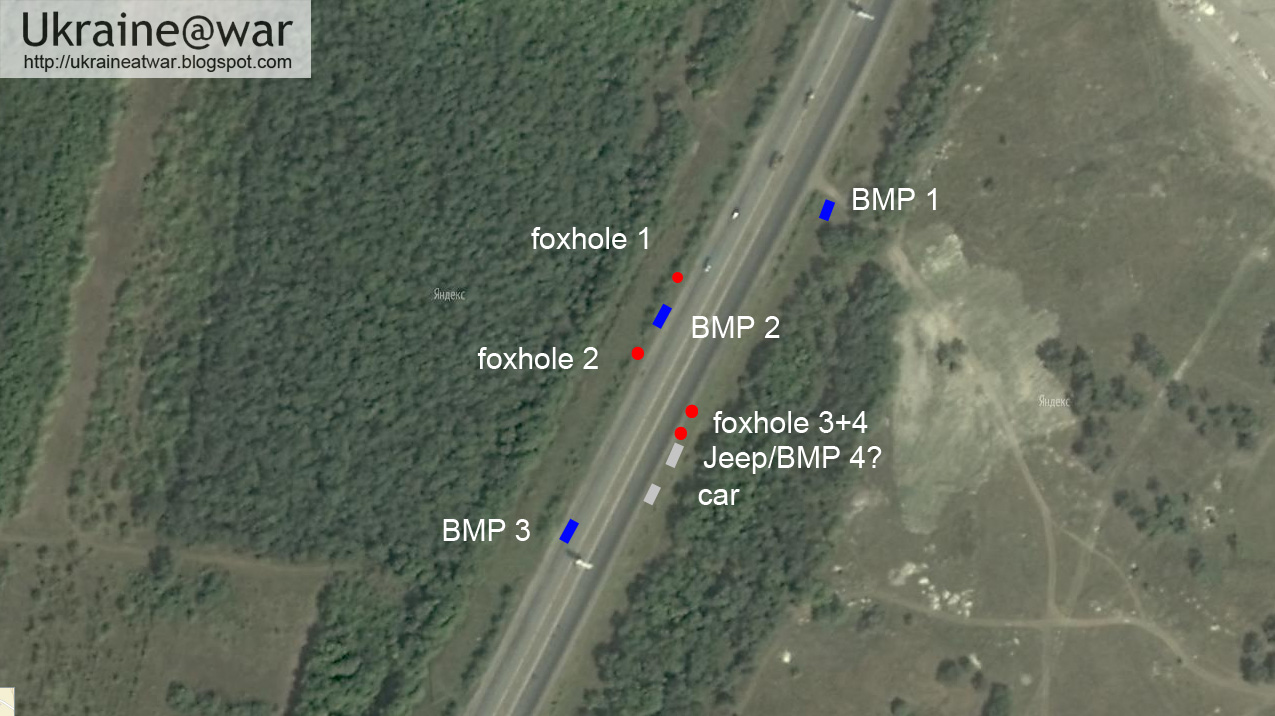 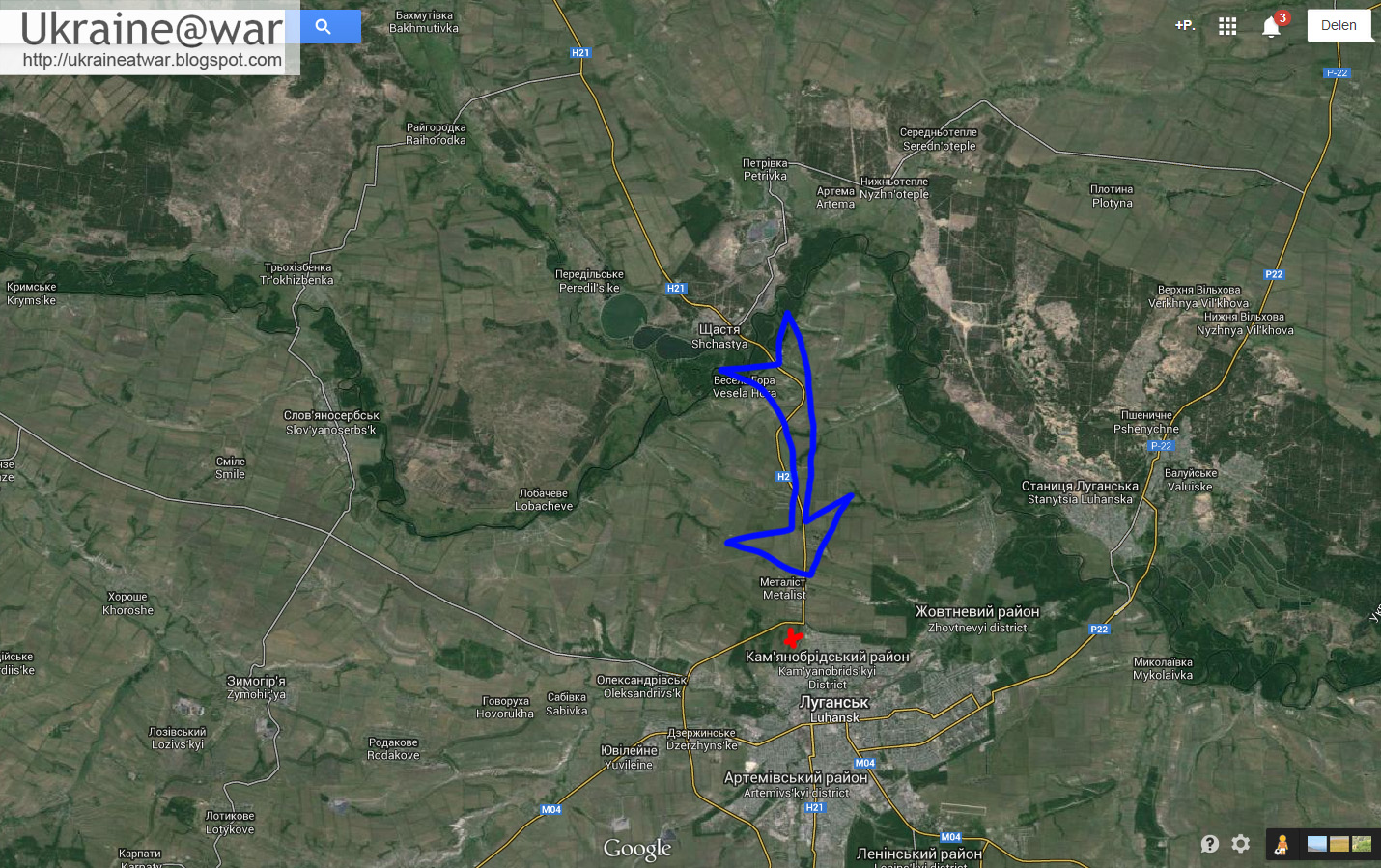 Screenshots from the second video, looking to the North: 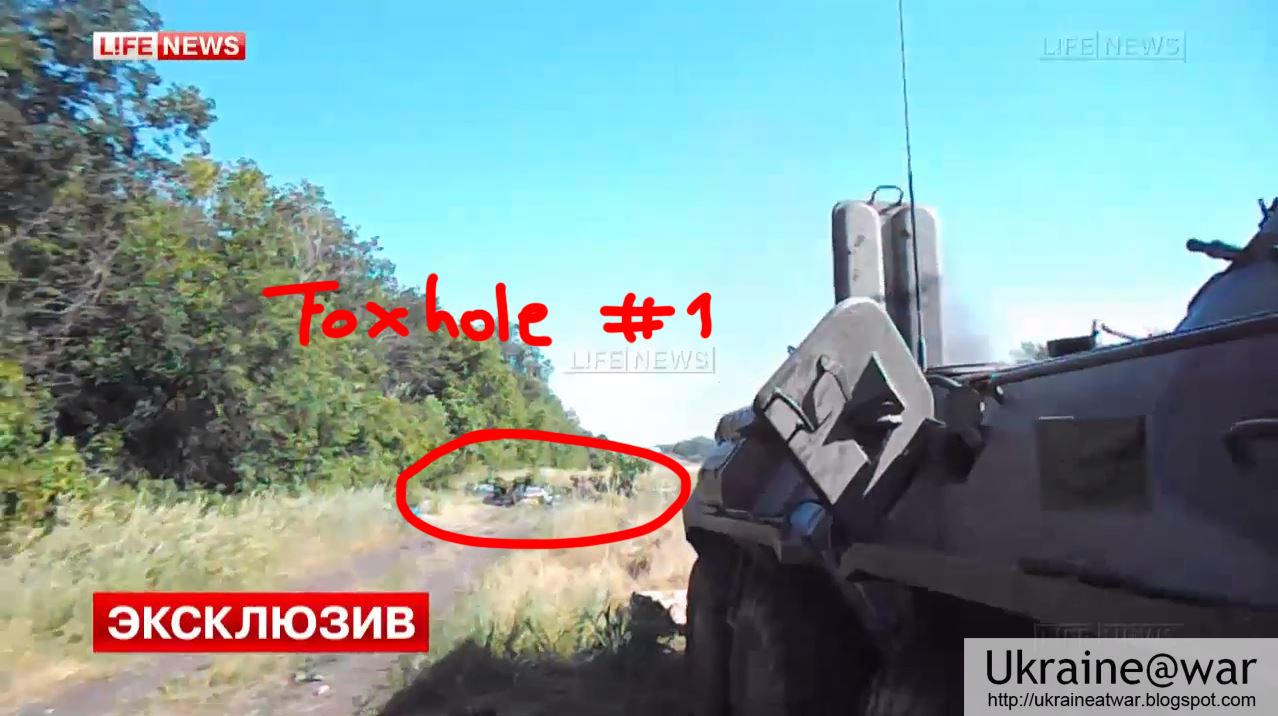 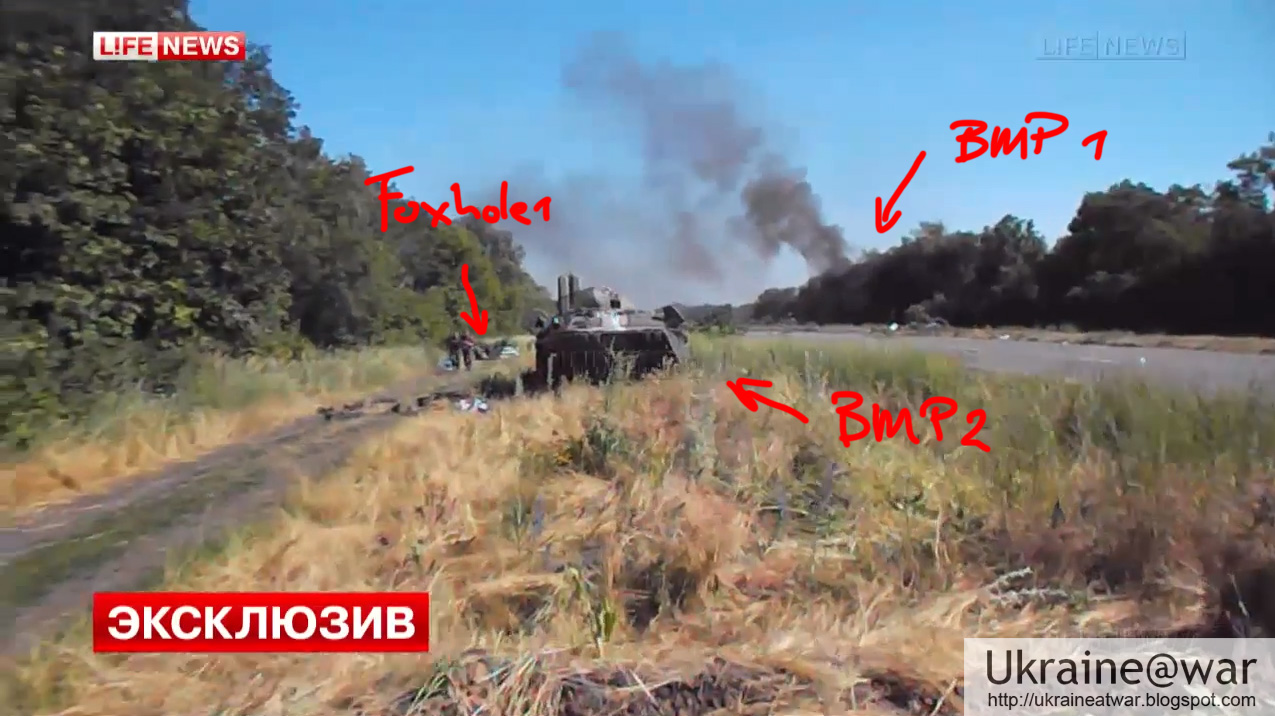 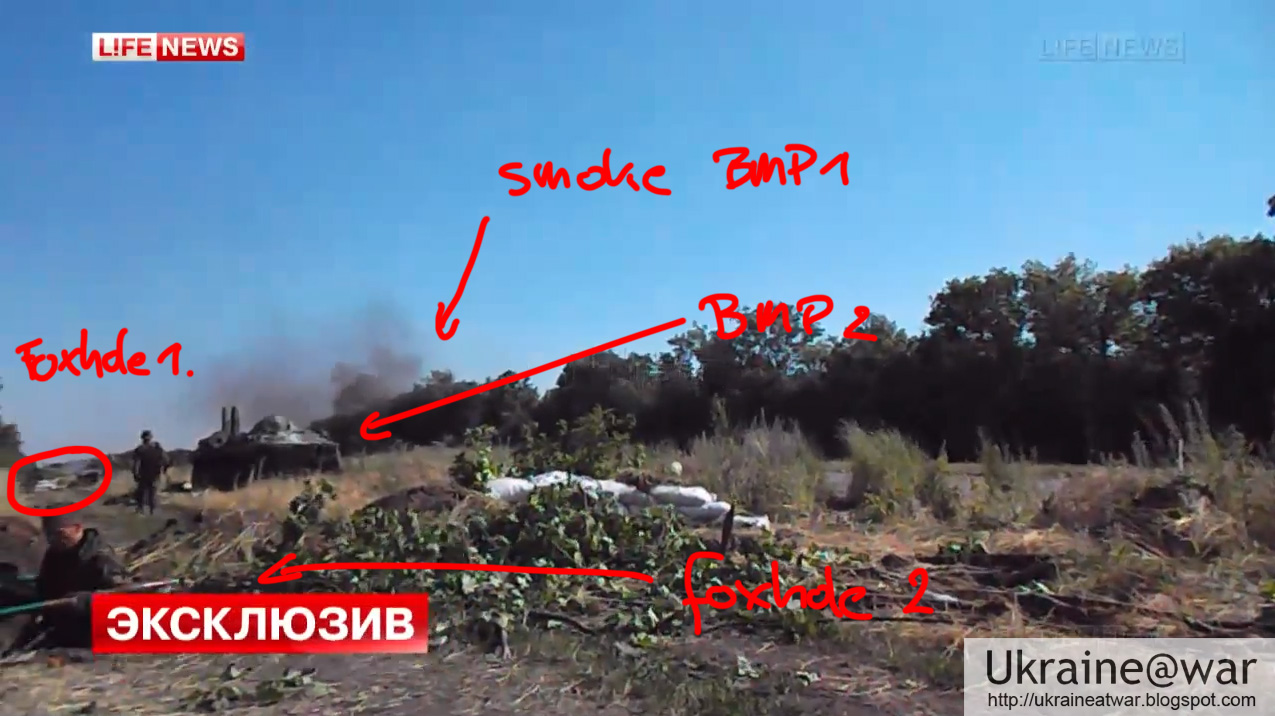 And looking to the South: 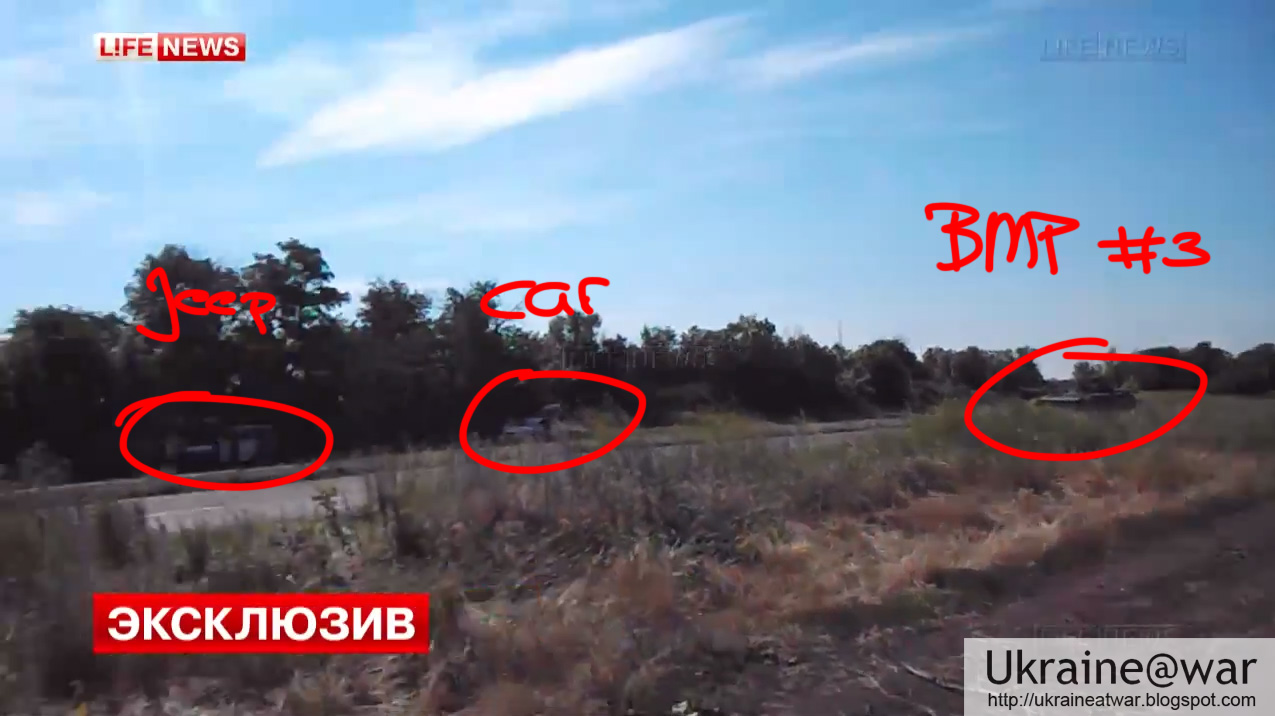 Not that BMP 3 is facing north. It must have been turned. 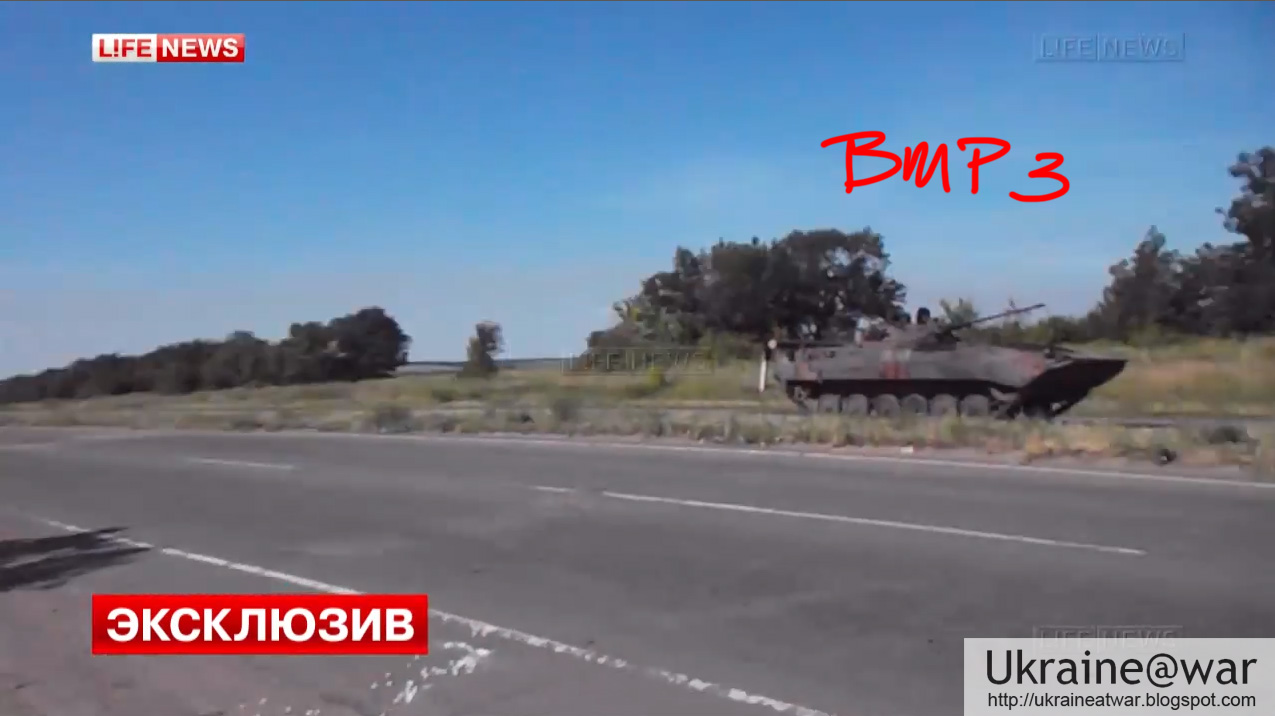 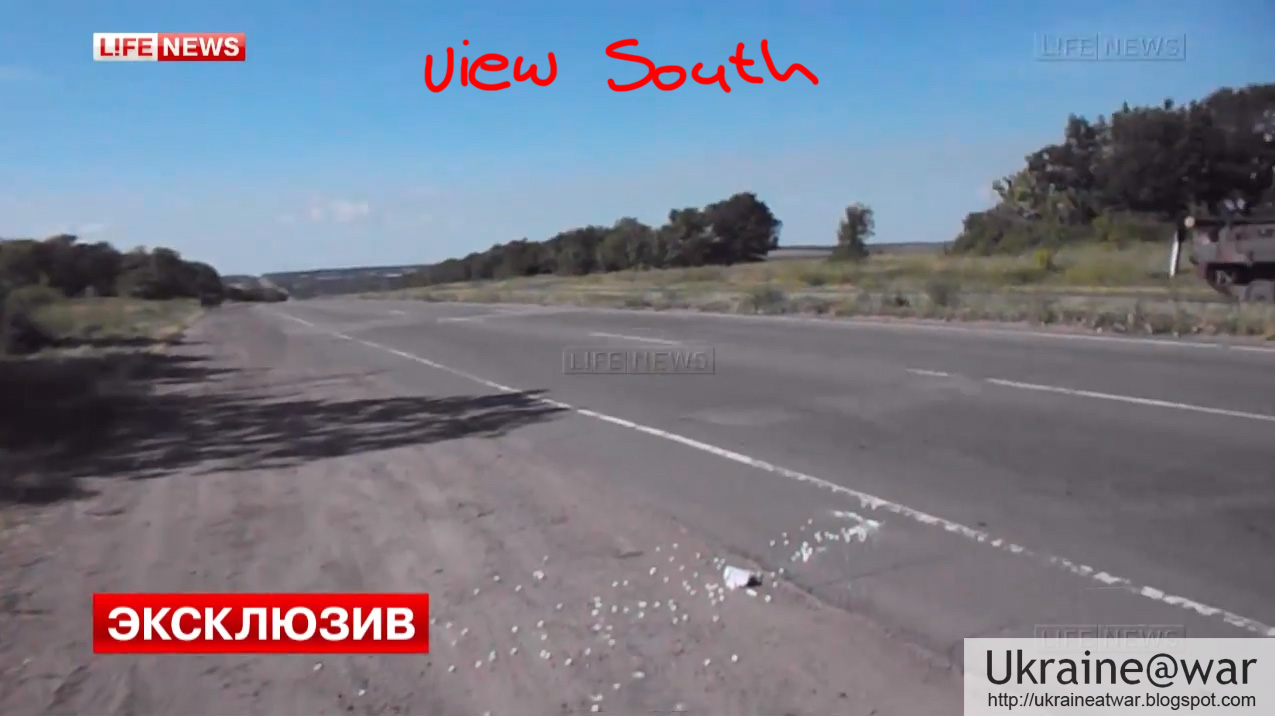 This shot shows tracks on the road where the BMP might have turned: 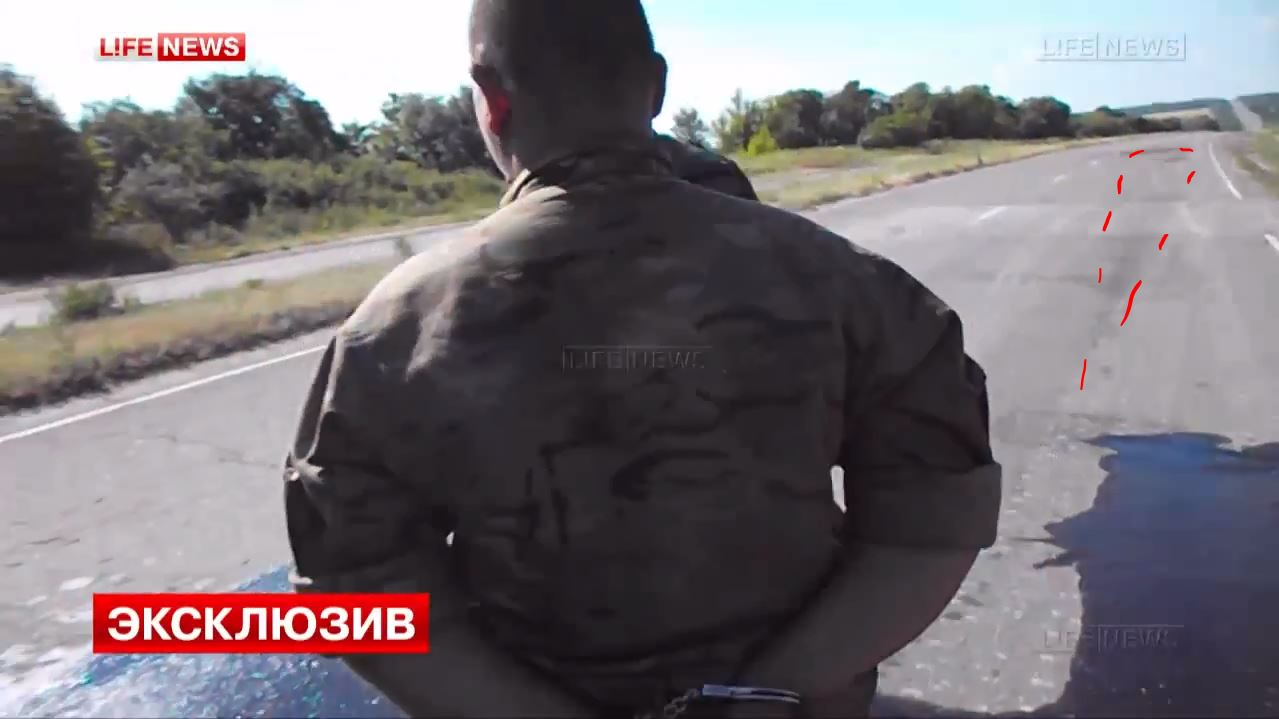 This screenshot shows the shadow of the cameraman. He is filming with a pocket camera. 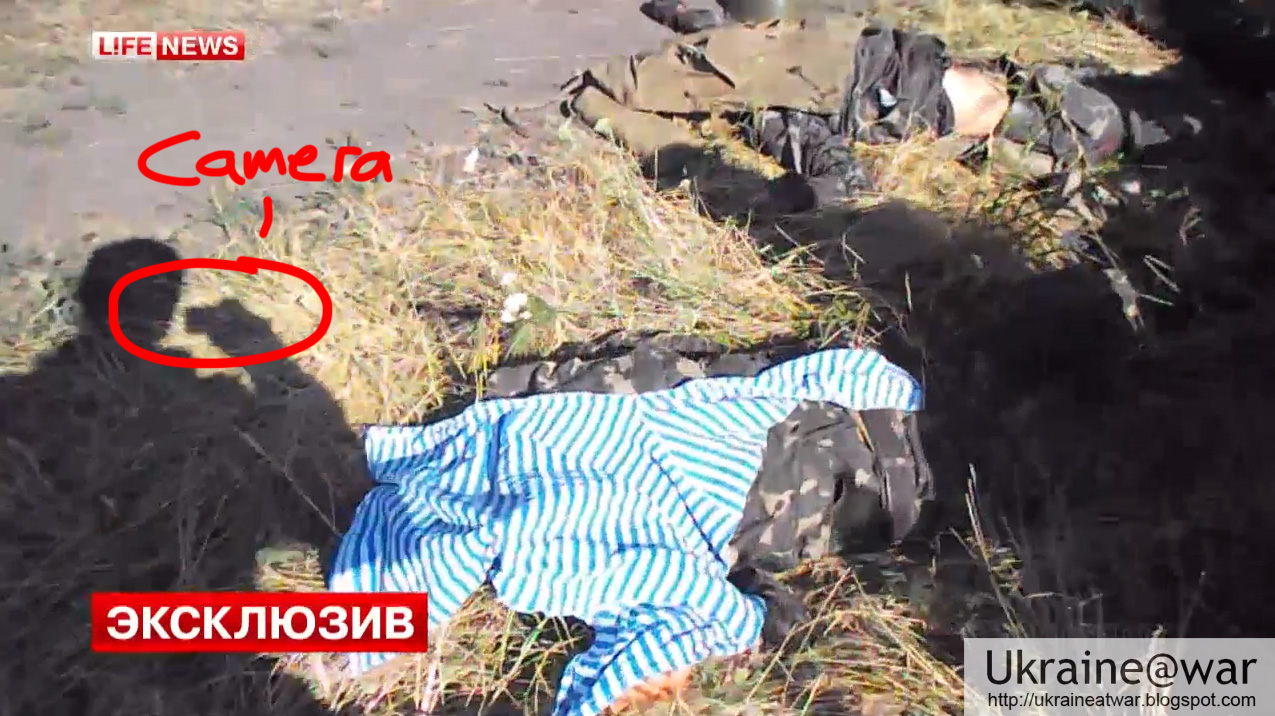 He is also wearing a gun: 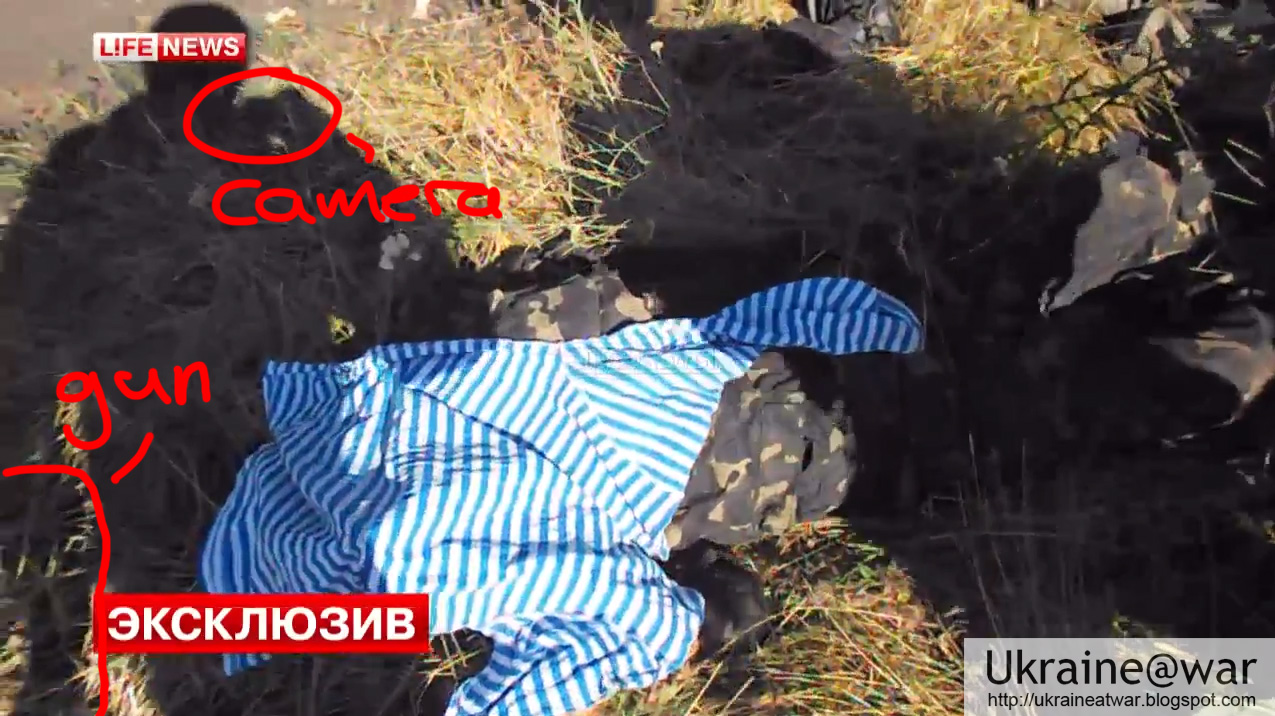 This is where he films himself: 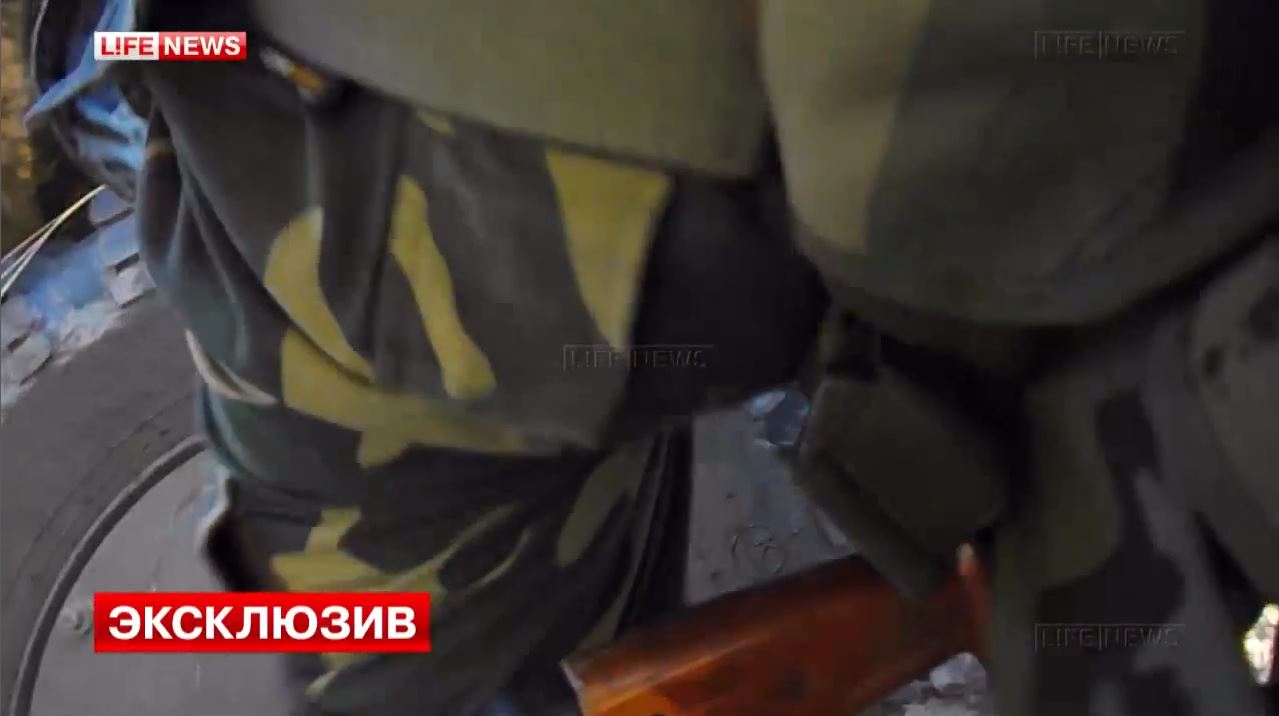 The captive soldiers are Ukrainian: 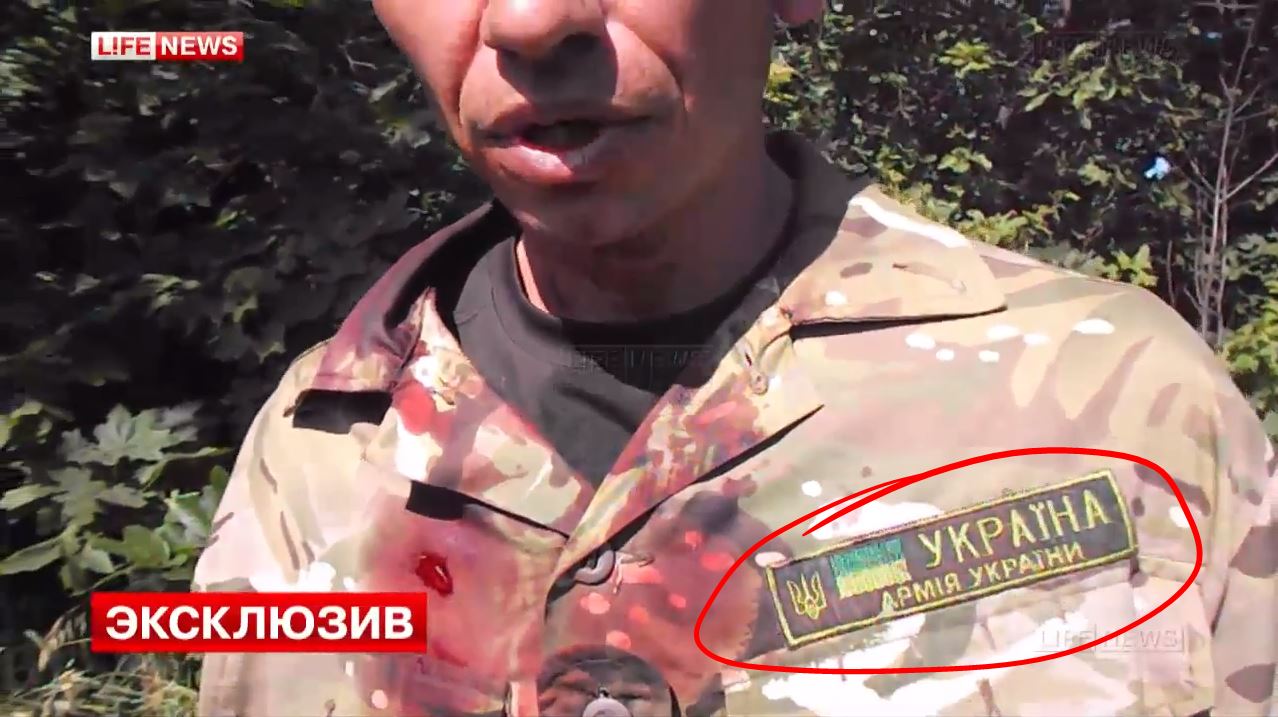 The rebels have the TOP notch Russian ATGM Konkurs: 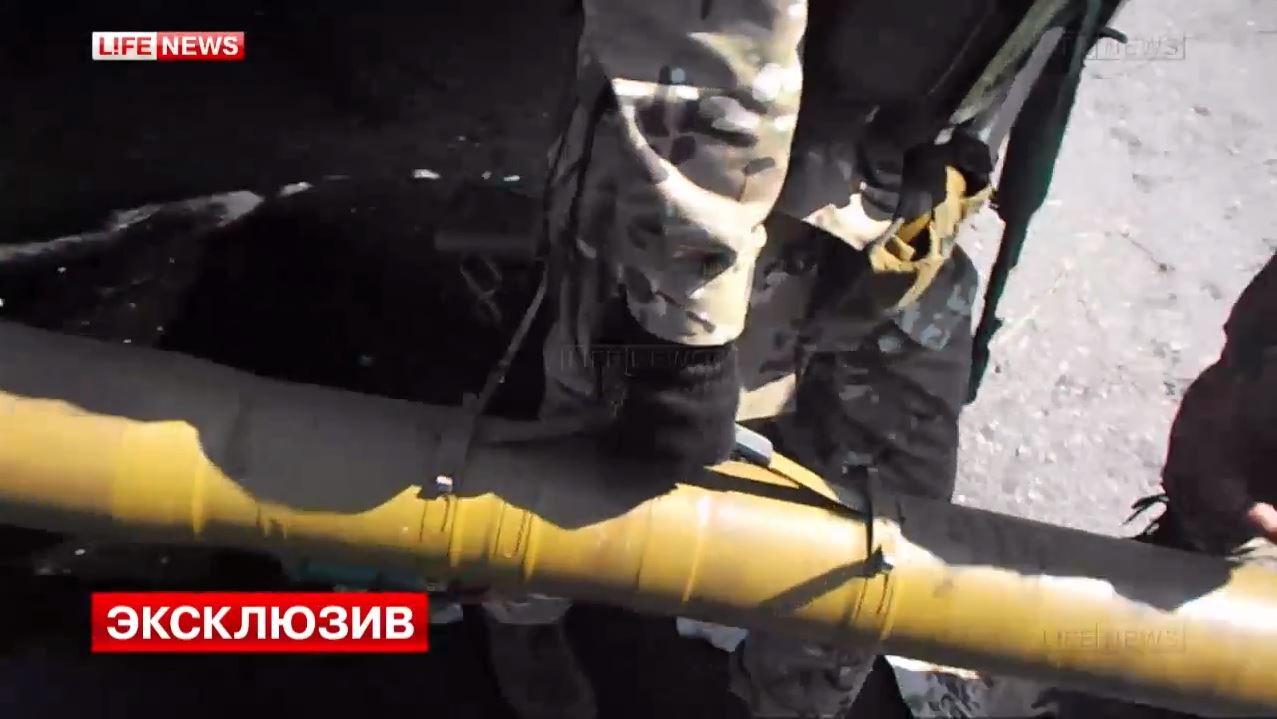 According to Lavrov and Putin they grow on Ukrainian trees...

Another small foxhole in the bushes: 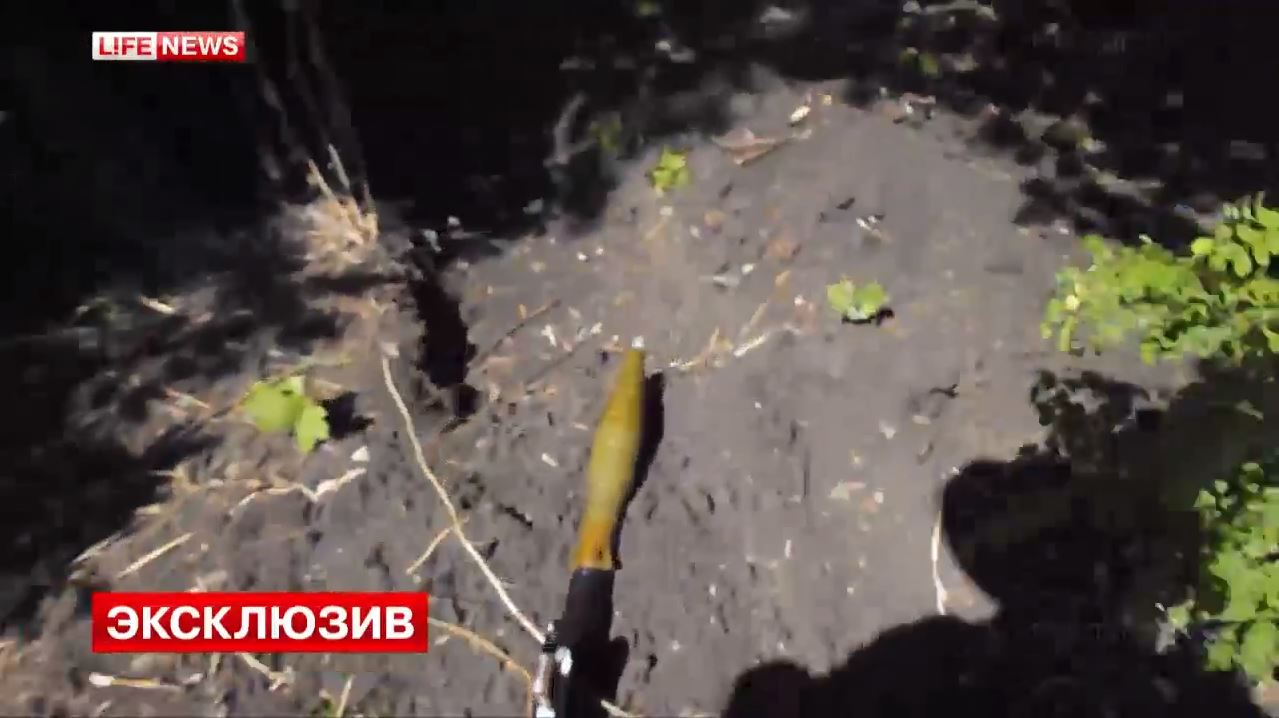 This video shows how they drive a BMP from the scene: 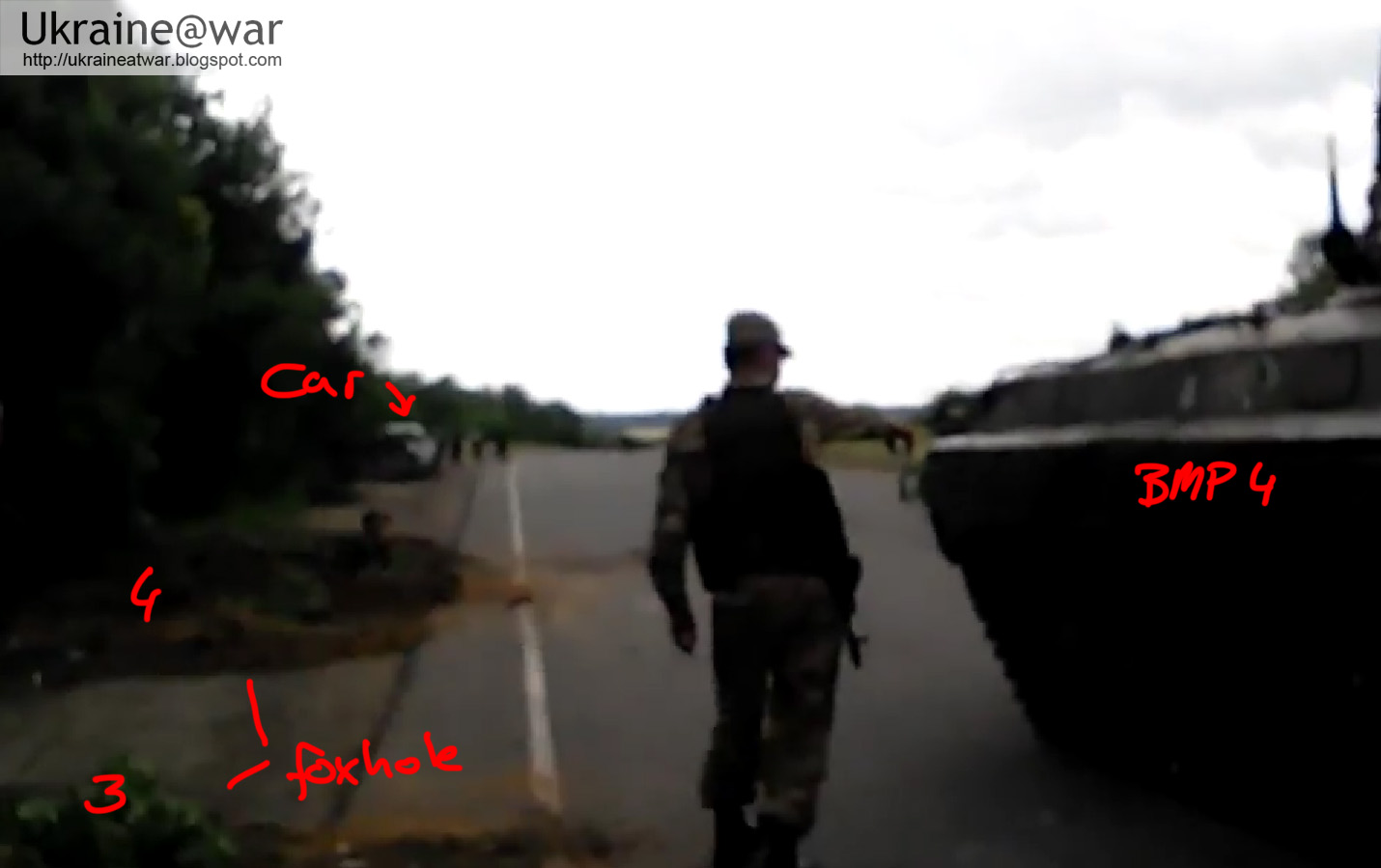 This screenshot shows that the third BMP is on the background, so this concerns a 4th BMP: 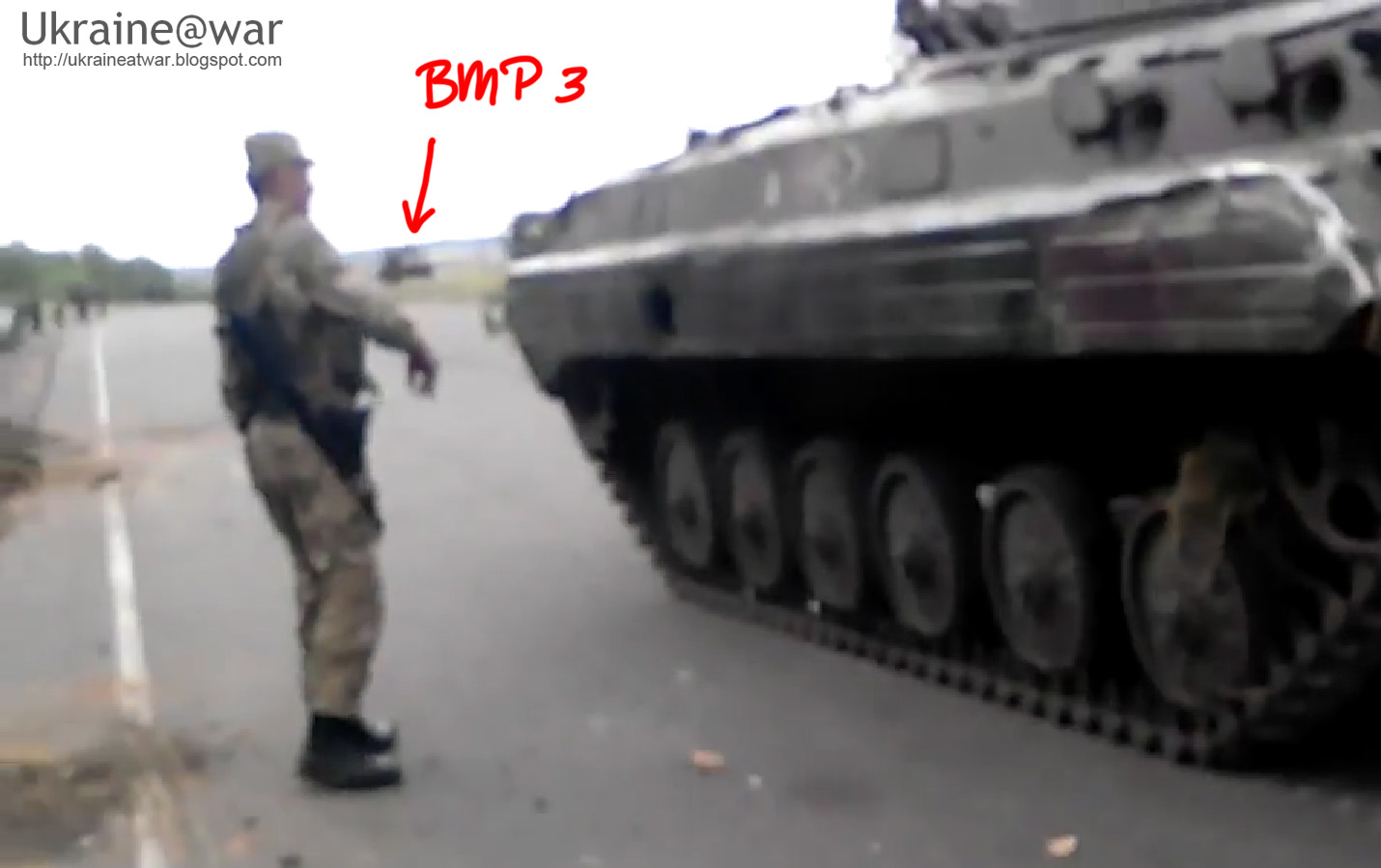 Not the hole in the side of the BMP, where must have been hit.
There is a chance that the 'jeep' actually is this 4th BMP, but it is hard to determine on the 2nd video.

In the video a captured soldier said he worked 'on contract', meaning he was not a conscript.


Likely scenario.
4 BMPs drove down the road closer towards Lugansk, without infantery support. They had not noticed the foxholes, or may have thought they were abandoned. When the first BMP was already past the ambush location, they opened fire on the middle two, knocking them/the crew out. The first one had to turn around and come back to assist. The fourth went off the road onto the side. But both of them were taken out too.

(If you see any errors or have additions, please let me know.)