How fresh recruits may slip into encircled Slovyansk

This (long) video from ANNA news, a Russian propaganda news organisation, begins with showing how new recruits slip into Slovyansk:

Note how these misled men REALLY believe they are fighting against the Nazis as in World War II. That's were you see how damaging propaganda is!! Without the Russian propaganda, there would be no war in Ukraine.

Let's geolocate the video.
Shortly after they entered, this shot is shown: 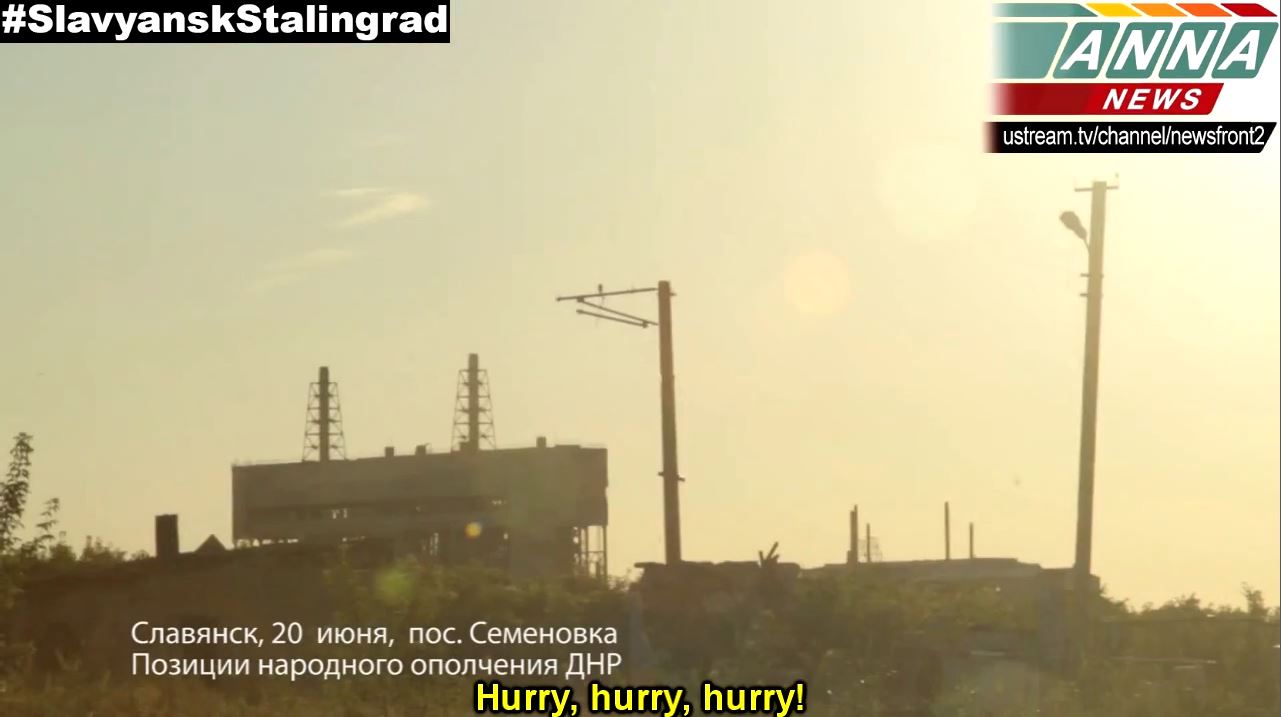 It is the so called 'Brick Yard', but in fact it was a chemical plant, were the rebels used to dwell. In front of it the railway crossing of Semenovka can be seen.
This is how the shot has been taken: 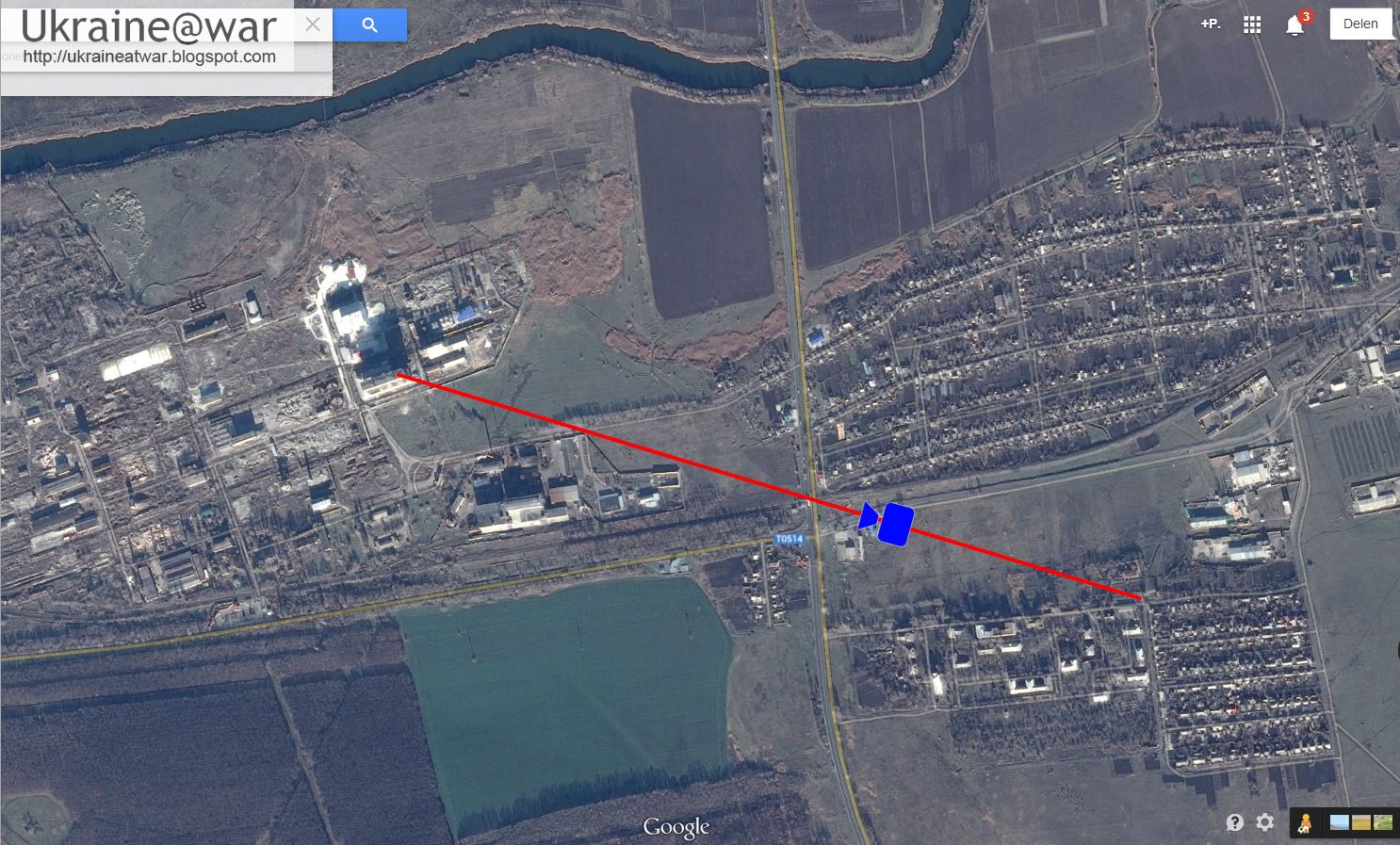 This screenshot shows electricity poles alongside a road, as well as two industrial chimneys: 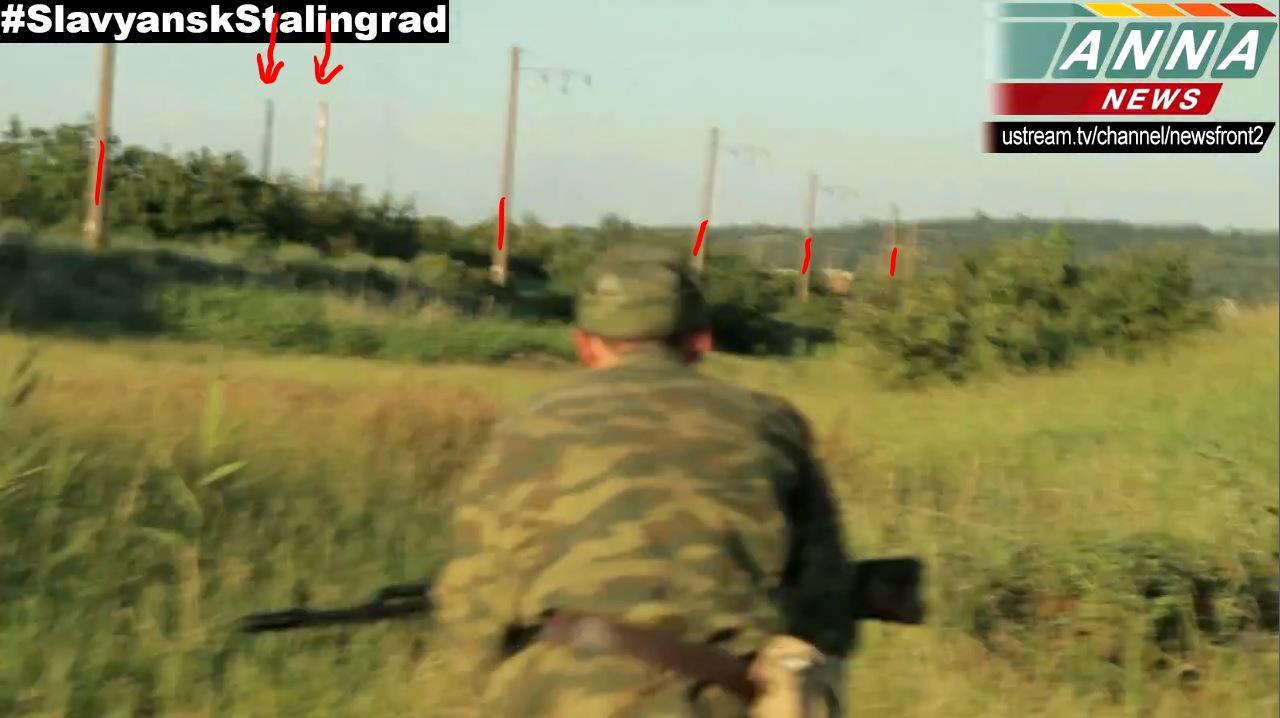 In this Panoramio photo both these elements can be seen: 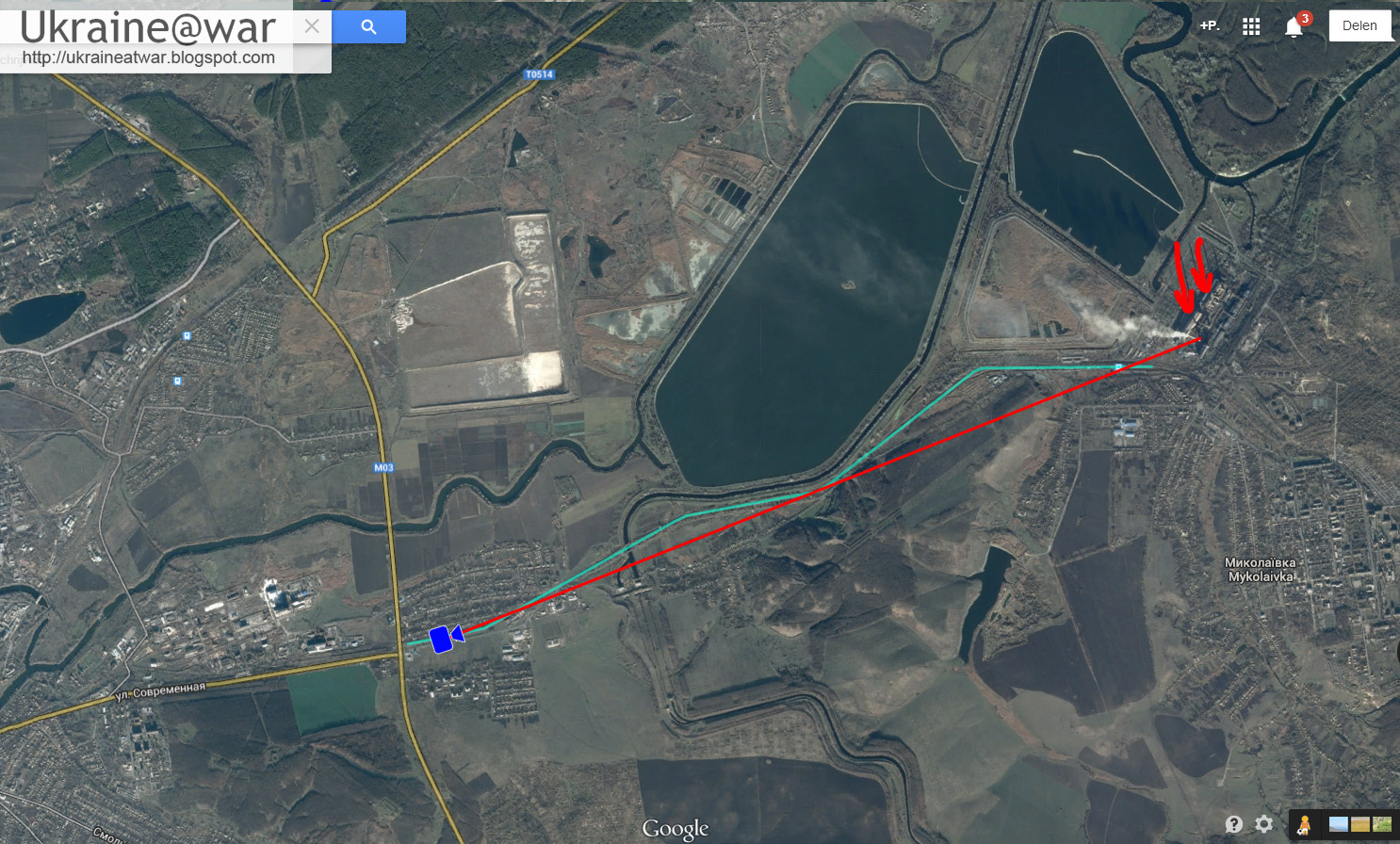 When we look at this screenshot, which is on the right side of the railroad: 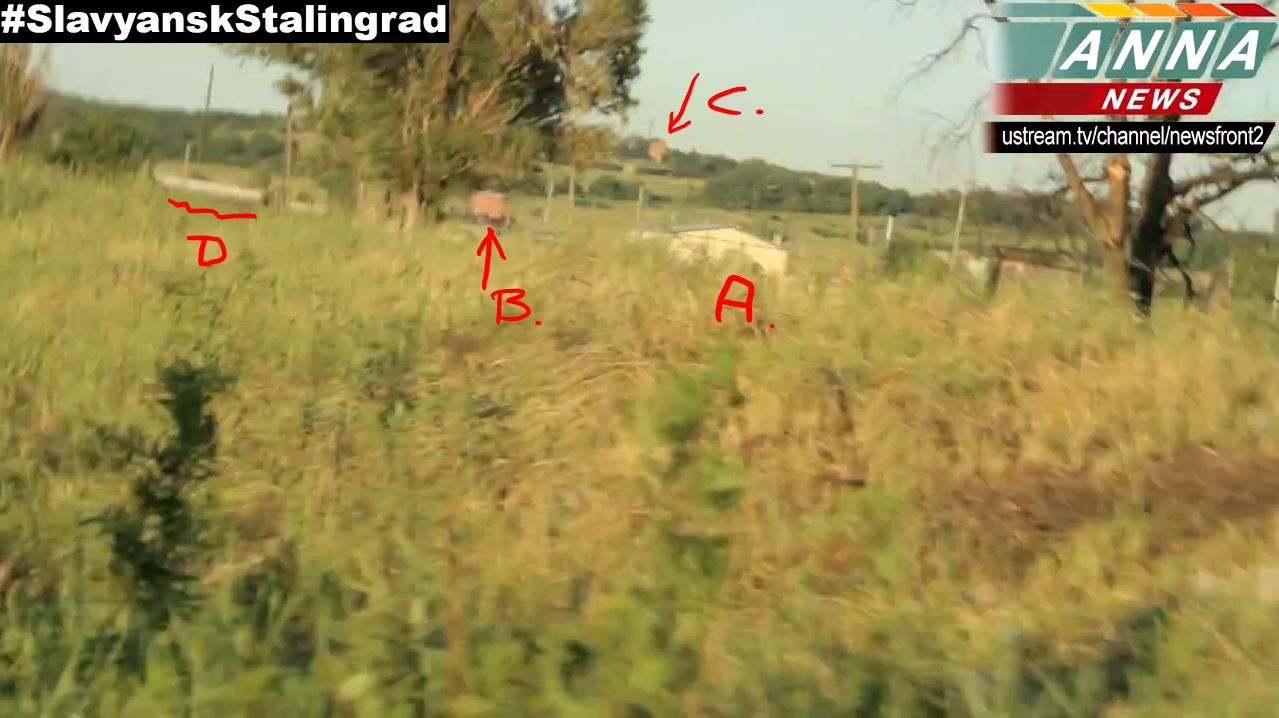 it can be matched with exact that location: 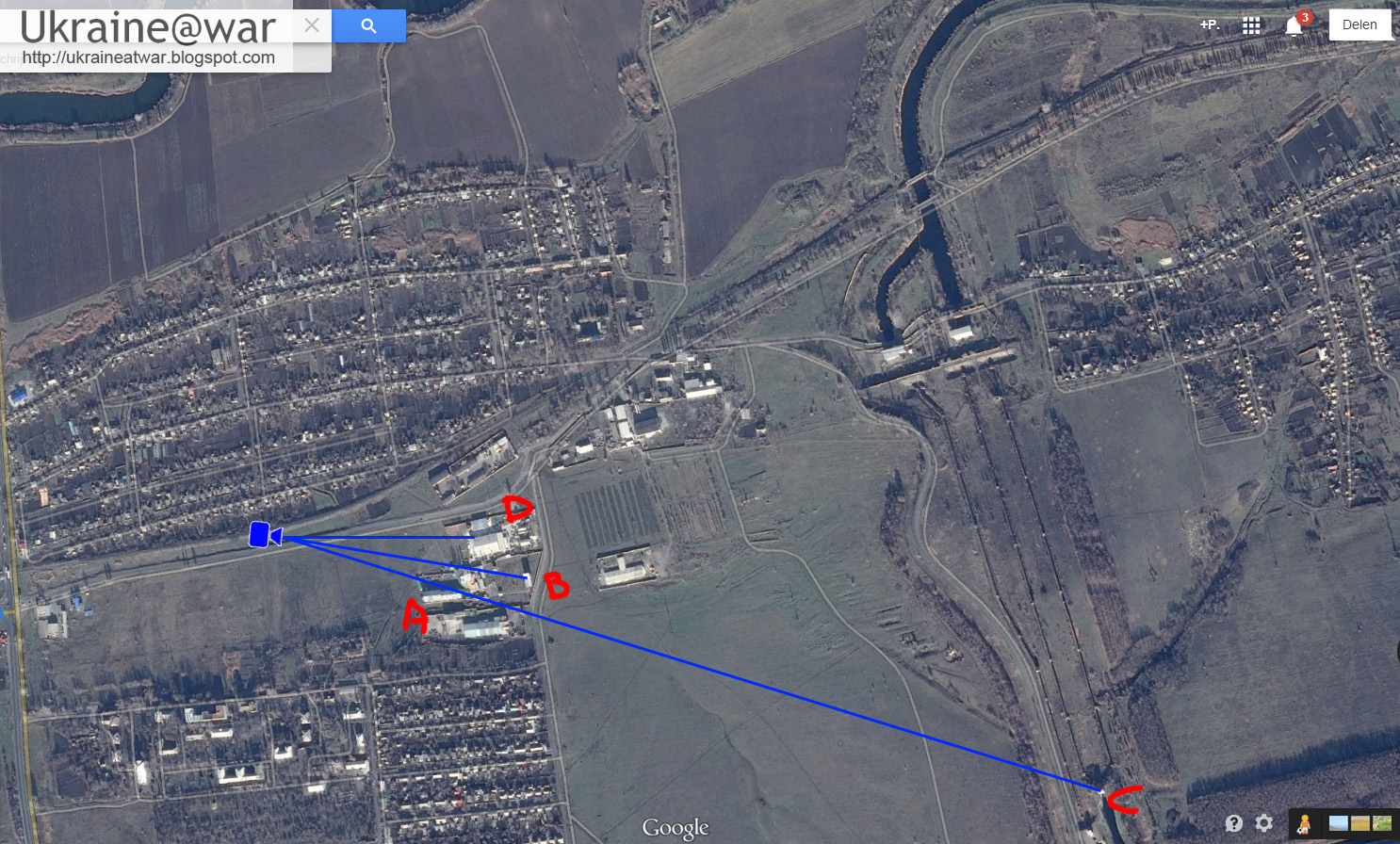 This Panoramio photo shows building B:

Running along this railway AWAY from slovyansk does not make sense. It means they just PRETENDED to be slipping into Slovyansk. They were just making a shot for TV that looked like they were moving in.

This does not mean they did not slip in. It just means ANNA News did not come along with them and they made a shot afterwards.

When you look South-East of Slovyansk, this is the situation: 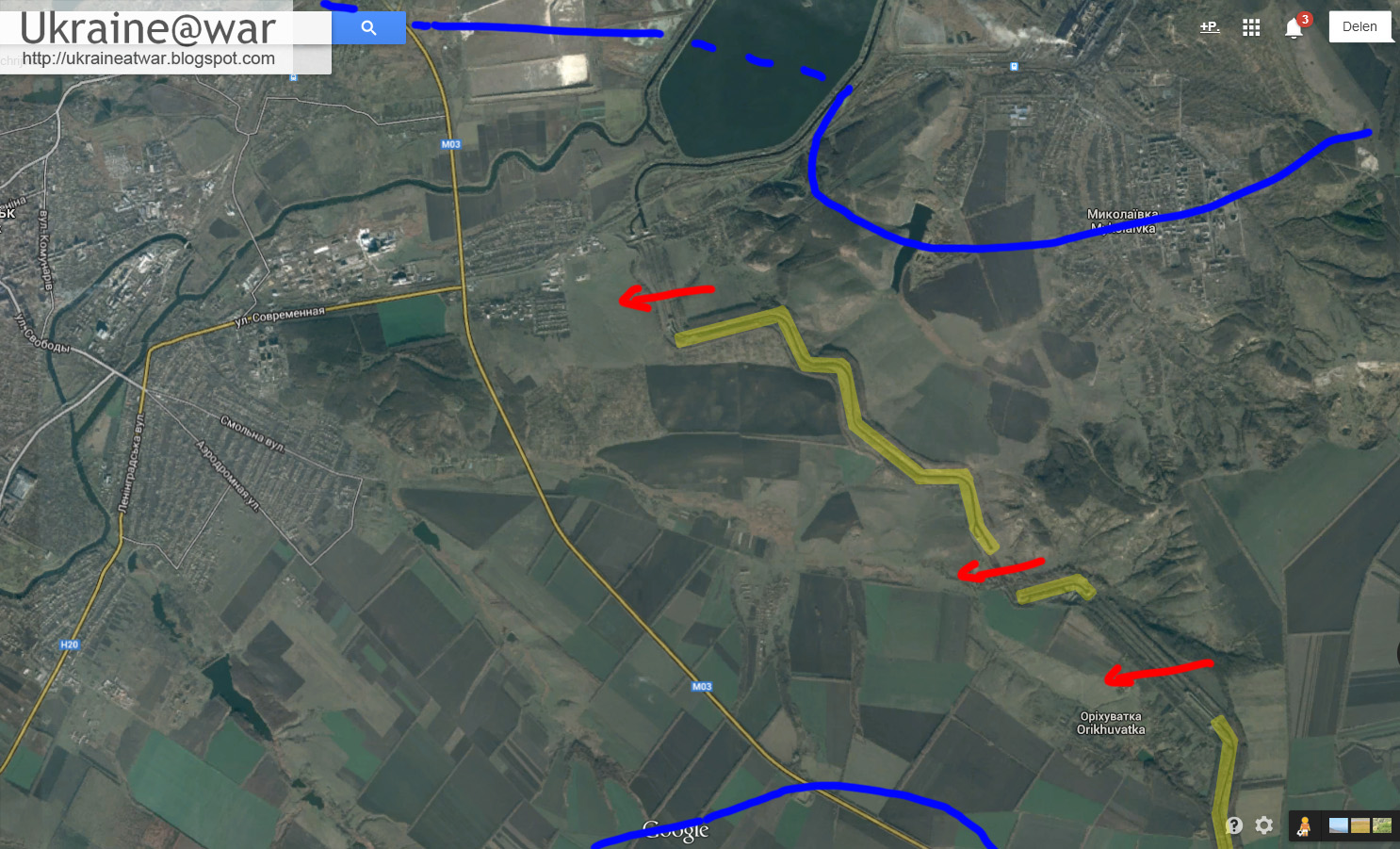 Blue = approximate areas in control of Ukrainian army.
Yellow = canal (not easy to cross)
Red arrows = points where the canal can easily be crossed

The Northern arrow might be too close to the front line.
The area along the canal gives excellent cover, whereas the rest consists of large open fields: 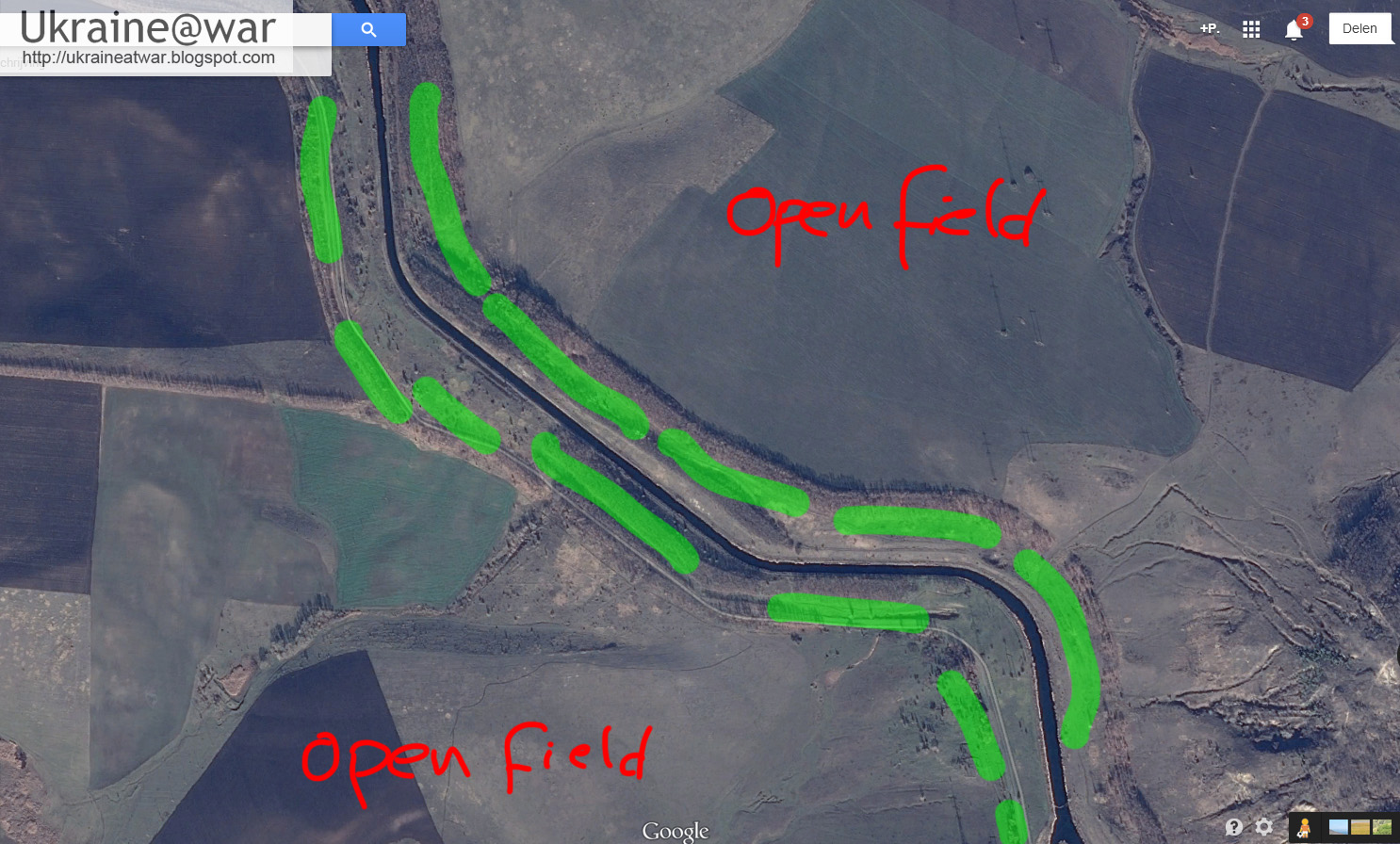 A good route with cover would be something like this: 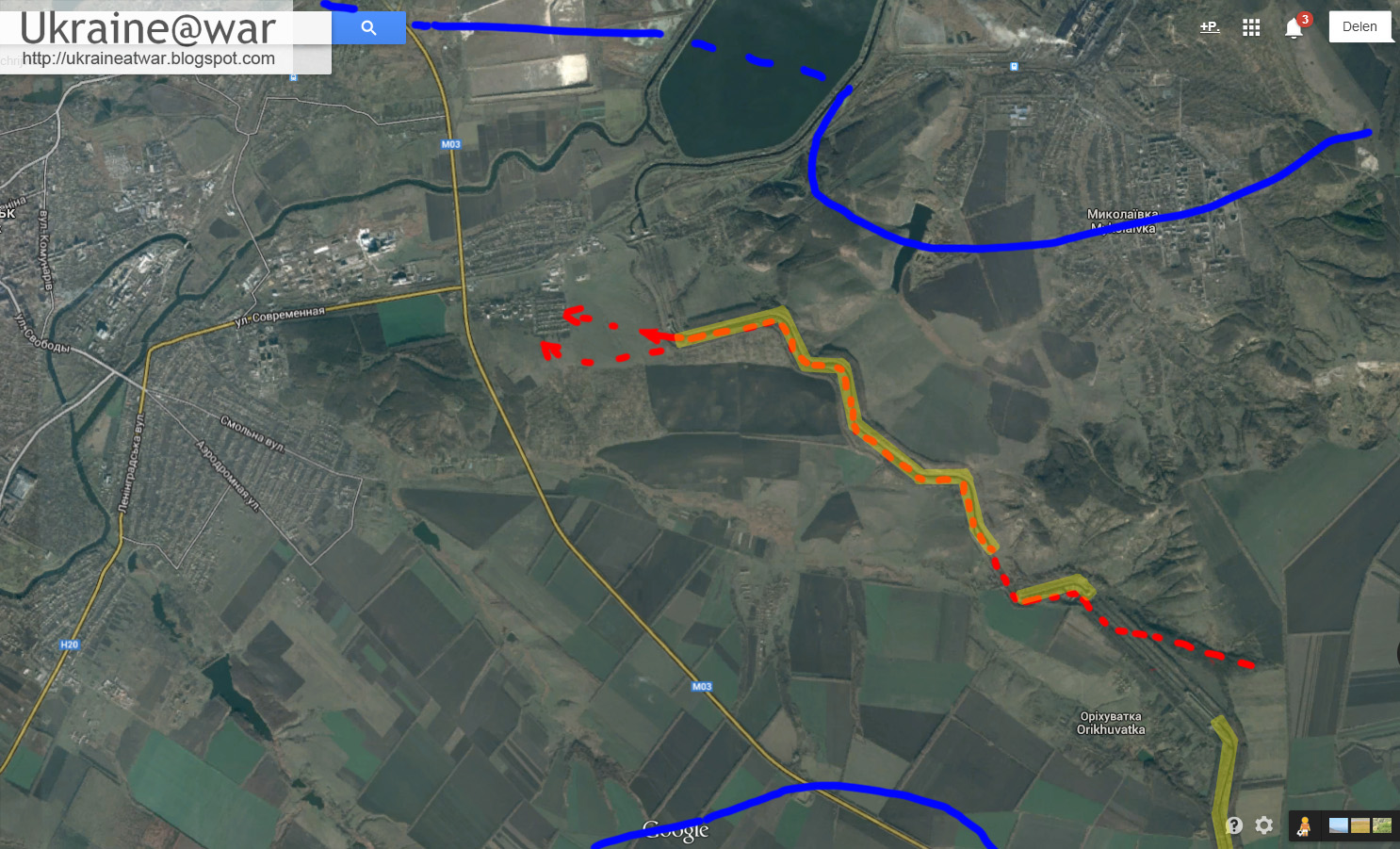