Merkel? What would YOU do when an agressive neighbor has his foot in your door? 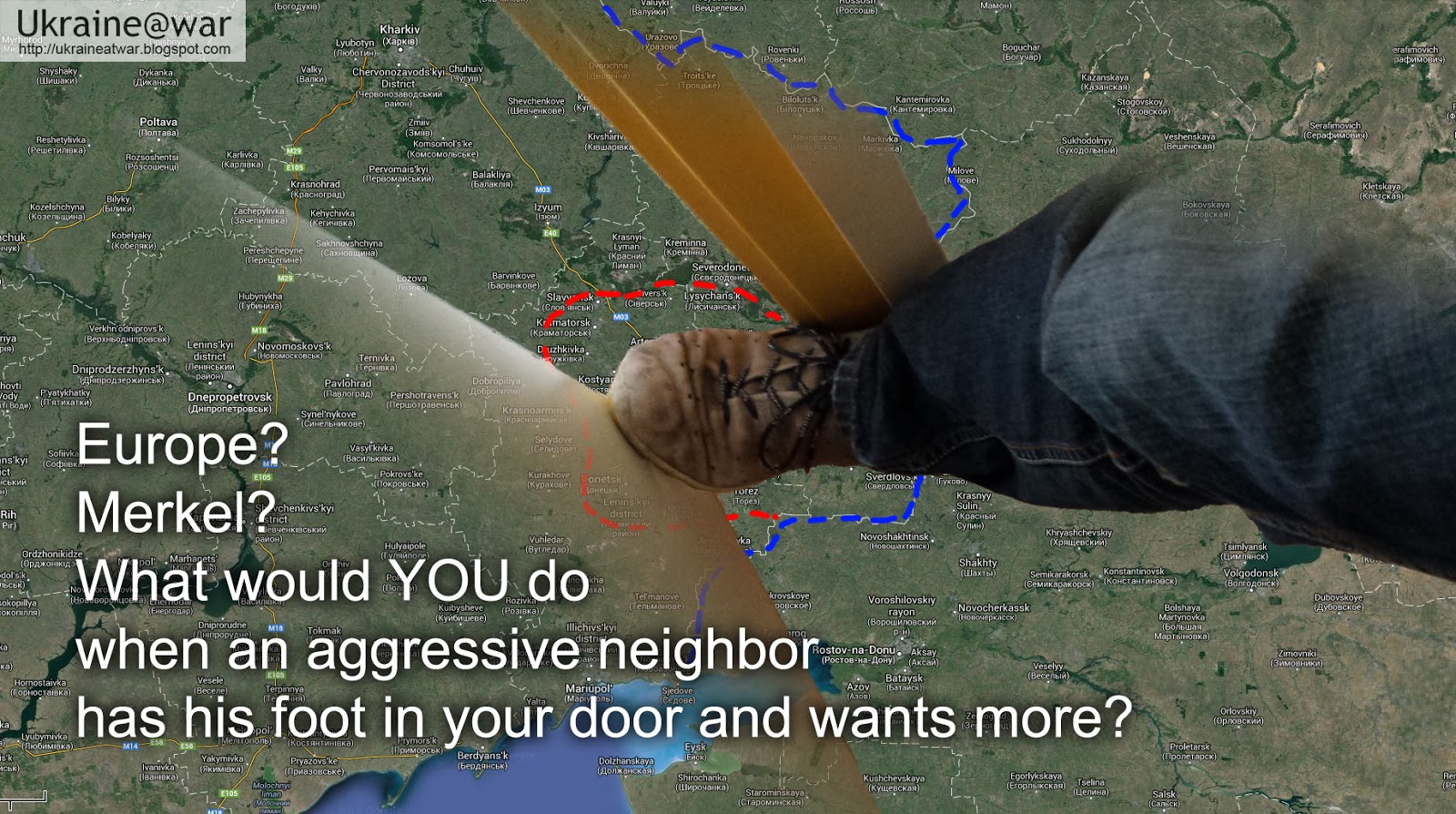 @GorseFires had some very good statements lately that are worth a lot more attention:

I gathered them here:


Whether you love him or loathe him, now is NOT good time to pull rug from under #Poroshenko's feet with Maidan3. Invitation to Russian Army
— GorseFires Collectif (@GorseFires) June 29, 2014


Never mind the Maidan stage in Kyiv: Does anyone know what the Russian Army is doing today, just across the border?
— GorseFires Collectif (@GorseFires) June 29, 2014


Some (we) have been shouting for weeks that Kremlin strategy is to occupy/control Donbas (and more) using "humanitarian" cover story...
— GorseFires Collectif (@GorseFires) June 29, 2014


@GorseFires World has seen this before: Chechnya, Abkhazia and South Ossetia. Once Russia gets in, game over. KEEP Russia OUT of Ukraine
— GorseFires Collectif (@GorseFires) June 29, 2014

So what do you do when an notoriously aggressive neighbor has already taken your garage, drives in your car and now has it's foot in your door?
You call your aunt Merkel from the police and she says: "It's ok. I just talked to him. He says he only wants to help. He will behave now. We need his gas anyway..."

Think about it... What are you going to do?

Would you build a NEW DOOR in the hallway?
Would you OPEN the door, drink some tea and talk with him?
Would you call somebody else from the police office?


DROP THE CALL WITH MERKEL & KICK HIM OUT & SHUT THE DOOR!
When you're done you may have a stiff conversation with your aunt again about what the freak was going on.


Some more interesting news from @bopanc


Austria breaks ranks with West & turns itself into back door for the Kremlin with South Stream deal: my report http://t.co/z9887WVbVt
— Bojan Pancevski (@bopanc) June 29, 2014