I wrote about BradCabana earlier. He is a real life well-known Canadian person who somehow gets a constant flow of Russian Propaganda in his Twitter-feed. I don't imagine him sitting behind his laptop all day to gather this info and tweeting about it. So I wanted to trace somehow where he gets his information from.

I decided to use a tweet with a picture in it, because when you click on the pic.twitter.com/etcetera link, it brings you to the origin of that picture.

I found this one in his feed: 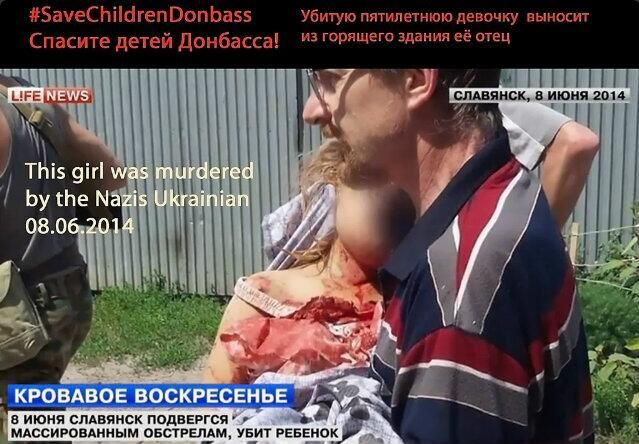 It is obviously a screenshot from a Lifenews broadcasting or video. A black part with Russian text is added and the hashtag #SaveChildrenDonbass. And the text "This girl was murdered by the Nazis Ukrainian".
Again: Brad Cabana himself did not create this image, nor is he watching Lifenews all day for something he can use.

Note that the English is not correct: it should be 'Ukrainian Nazis' instead of 'Nazis Ukrainian'.

When we click on the pic.twitter link we can see the source: 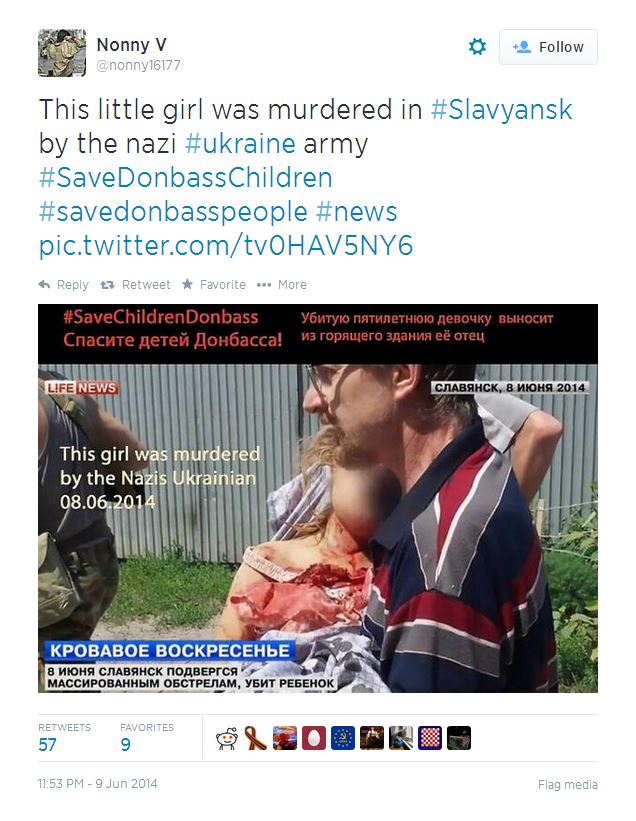 This is the profile: 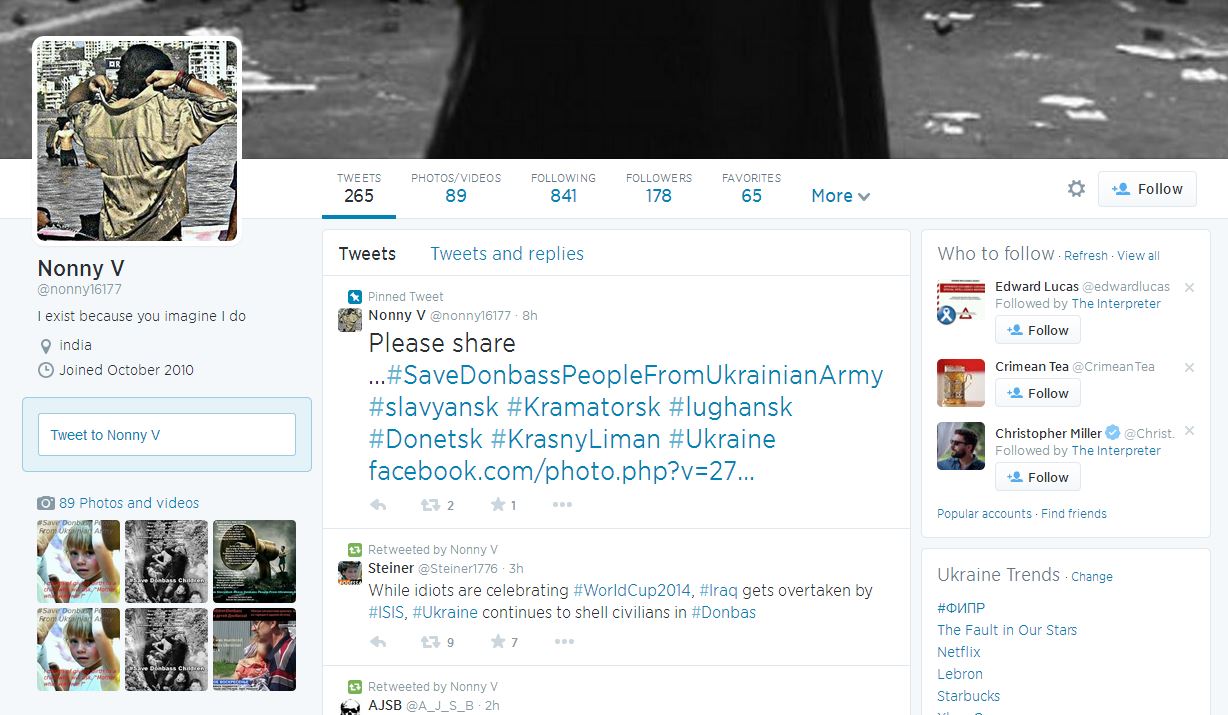 Nonny V is located in 'India' and started tweeting on May 30th 2014. Almost everything concerns Ukraine.

When looking in his feed, there is even another similar tweet: 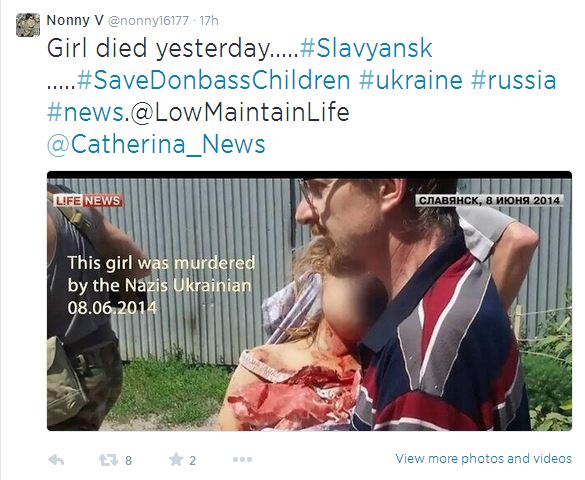 Next thing we can do is right click on the image and choose 'Google image search'.

For all the results I got, I traced back to the source and they all came out at Nonny V. HE was the first with this image.

I digged a little deeper into this and here is the result of the TOP network for this message: 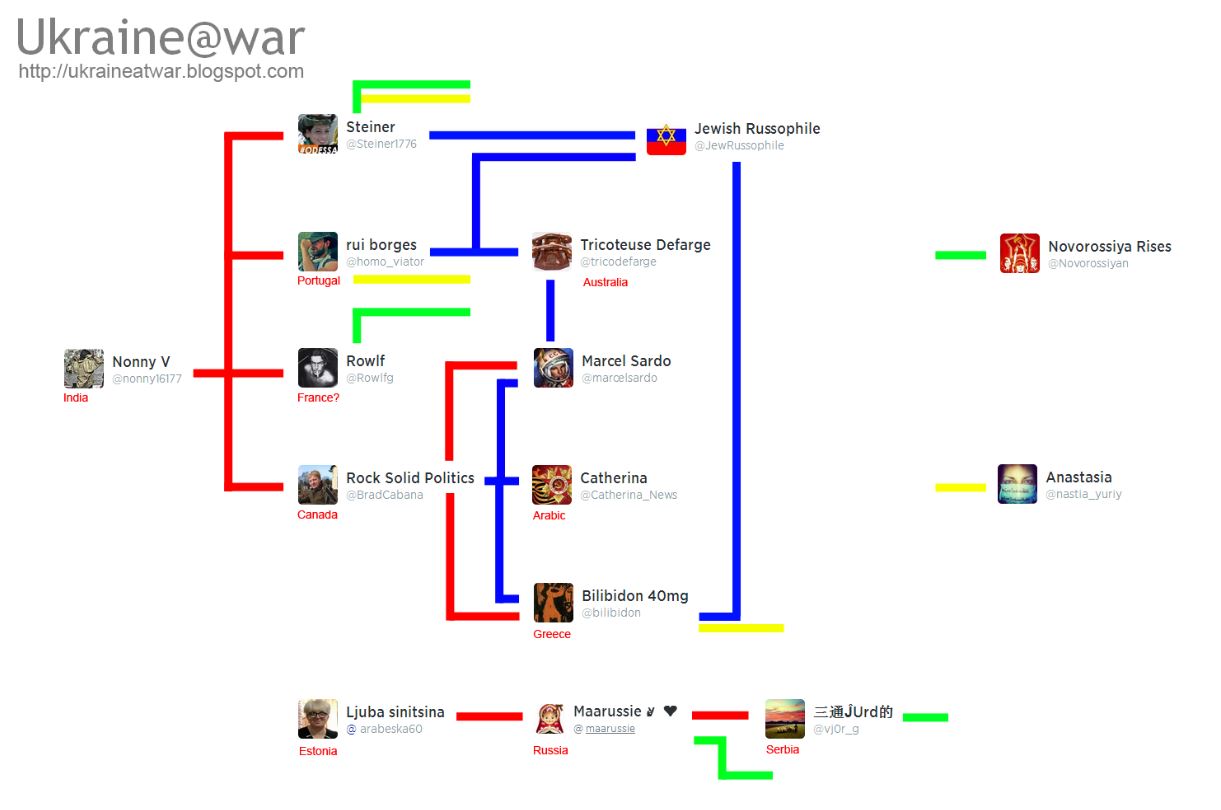 
This is only the top and the source. After this the tweets get dozens of retweets further down the network. and there will be many more connections.

This doesn't mean that Nonny V is the source of ALL such messages. Their might be an army of these little trolls who create new info. The country-trolls pick up what they need for THEIR public.

Since Brad Cabana is a living person, it just means somebody else, a Russian Twitter troll in some Internet Center, is filling his account with these messages. With his knowledge and permission of course.
Why? You may guess...


Also see my public apologies to Brad Cabana.
Also see: how to spot a Russian Twitter Troll
Also see what happened to the Troll account of Allan Tierney?


Help spread the news! You may retweet this: