25 to 40 vehicles entered Ukraine from Russia on June 20th. Two tanks and two BTRs arrived one day later in Kramatorsk.

These are the ones as they were spotted in Horlivka:

Here are two more photos of the tanks in Horlivka: 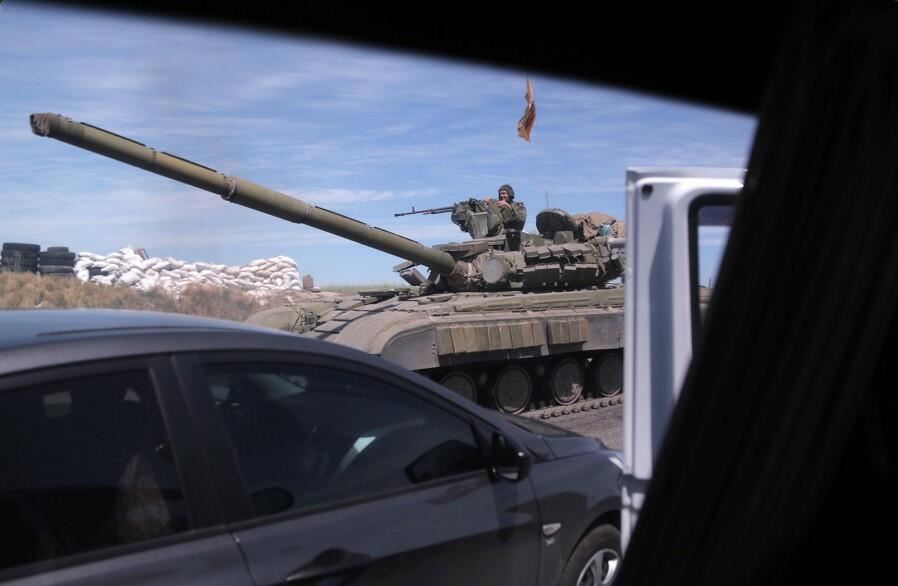 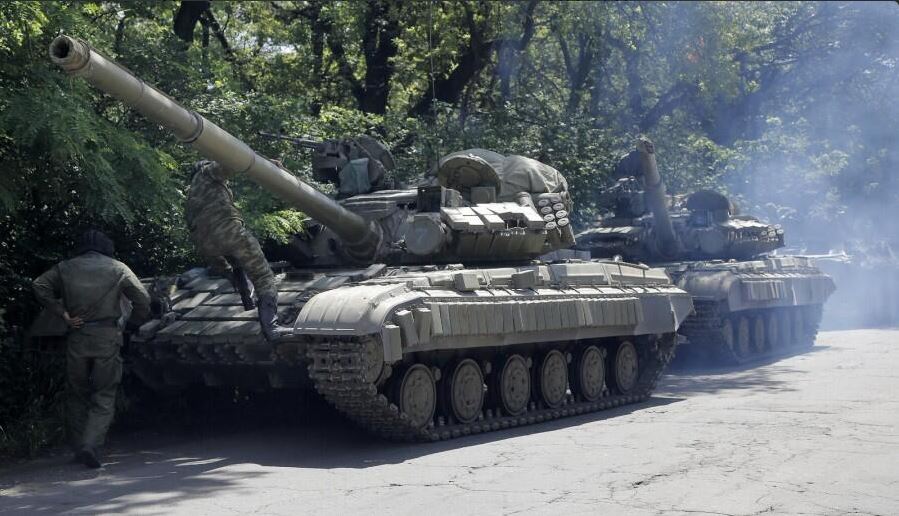 They have the numbers 7 and 8 on the IR-light.

The two tanks ended up in Slovyansk, which is about encircled by the Ukrainian army. How is that possible?
We have some exclusive information from locals in Kramatorsk about it.

The four vehicles arrived at the Talisman, which is the rebels base. It can be seen here:

After a while the two BTRs drove to the Heavy Machine Plant and the two tanks have been seen driving towards White Chalk hills on the roads on this map: 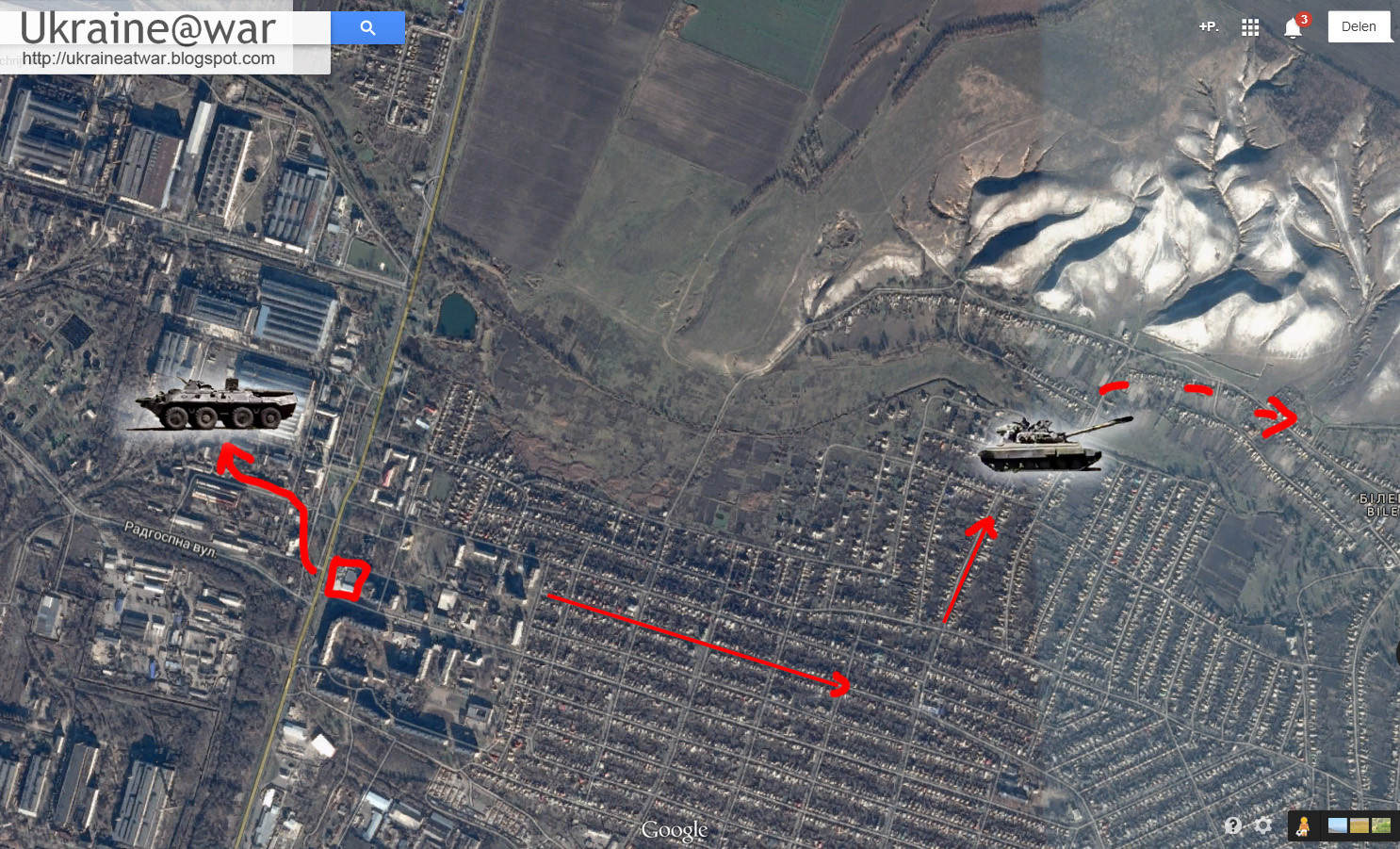 UPDATE
This local guy even describes the route through Kramatorsk in more detail:


When we look at MilitaryMaps, which is a proRussian realtime engine that keeps track of unit movements, we see this: 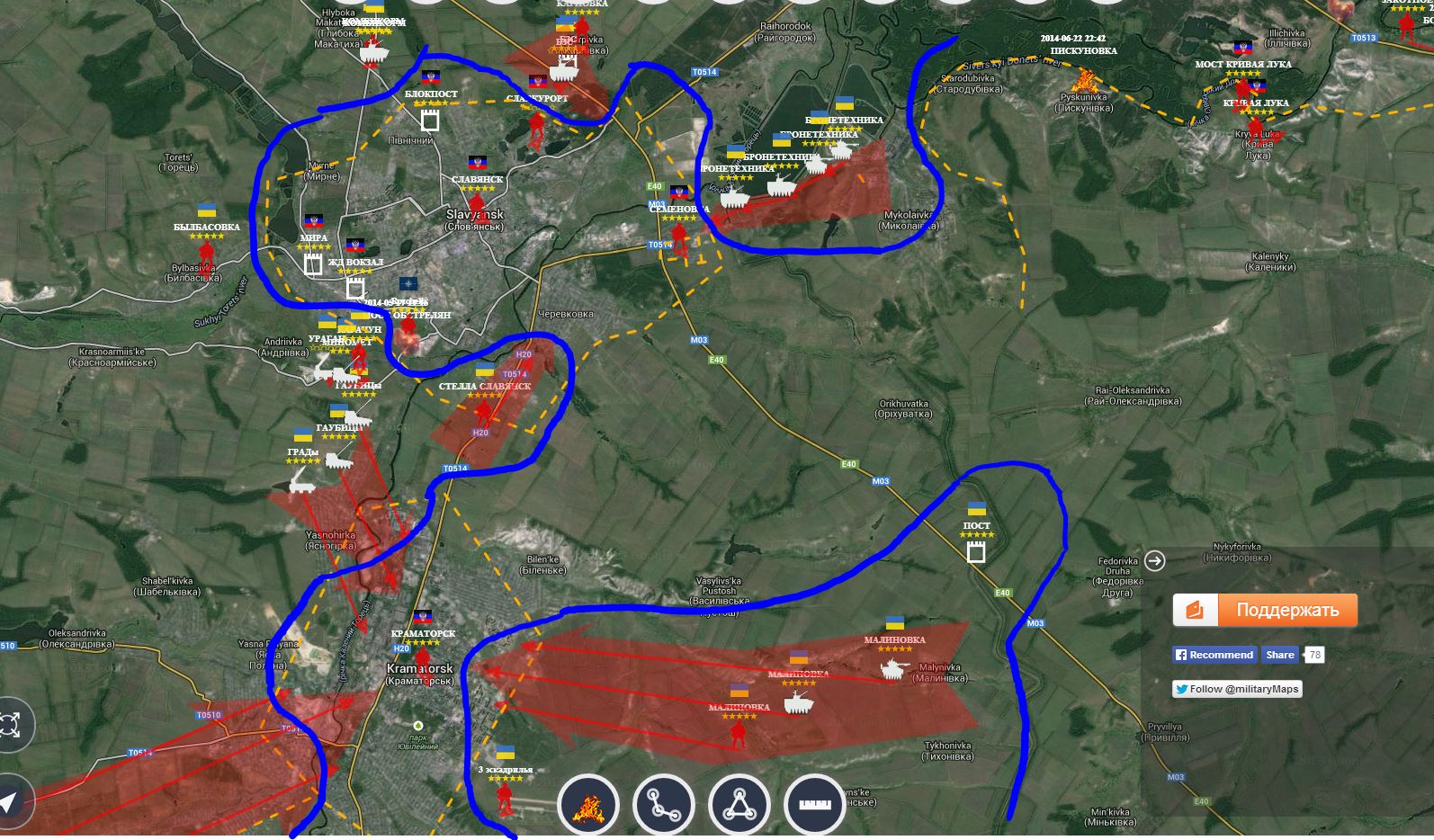 When we project the spotted locations of the tanks onto this map we can trace a probable route along visible path on Google maps into slovyansk like this: 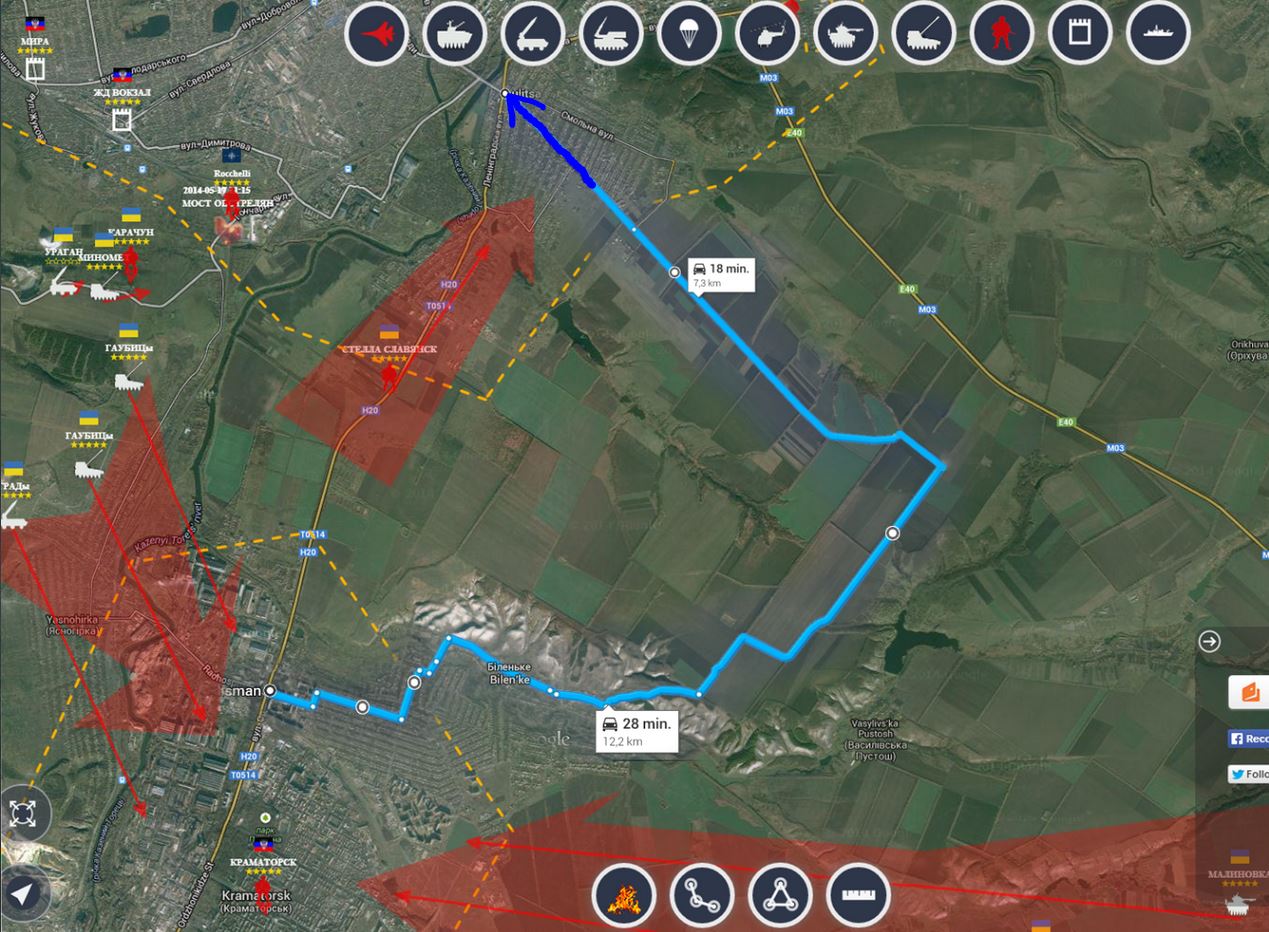 They may also have driven right to the M03 and then to Semenovka, but that highway might have been too dangerous.

Since earlier a NONA self-propelled mortar had been destroyed and then replaced by one or more new NONAs, this might also be the route those took to enter Slovyansk.

In this video a biker drives a small part of that route through the White Chalk hills, just leaving the forest and entering a more open field: