A combination of things point towards a specific launch location. First of all the direction of impacts as determined earlier. But there is more:
Let's discuss all...


Impact angle up to 60º
There is a good clue that indicates the GRAD rockets hitting Volnovakha checkpoint were fired at long range: the impact angle seems to be 60º


Peter Johnson made this graph:

showing that the perpendicular angle on the middle line of the blast pattern on the bus is some 60º.

The point where the green middle line in his graph hits the ground is also ALMOST perpendicular at the impact point (red line): 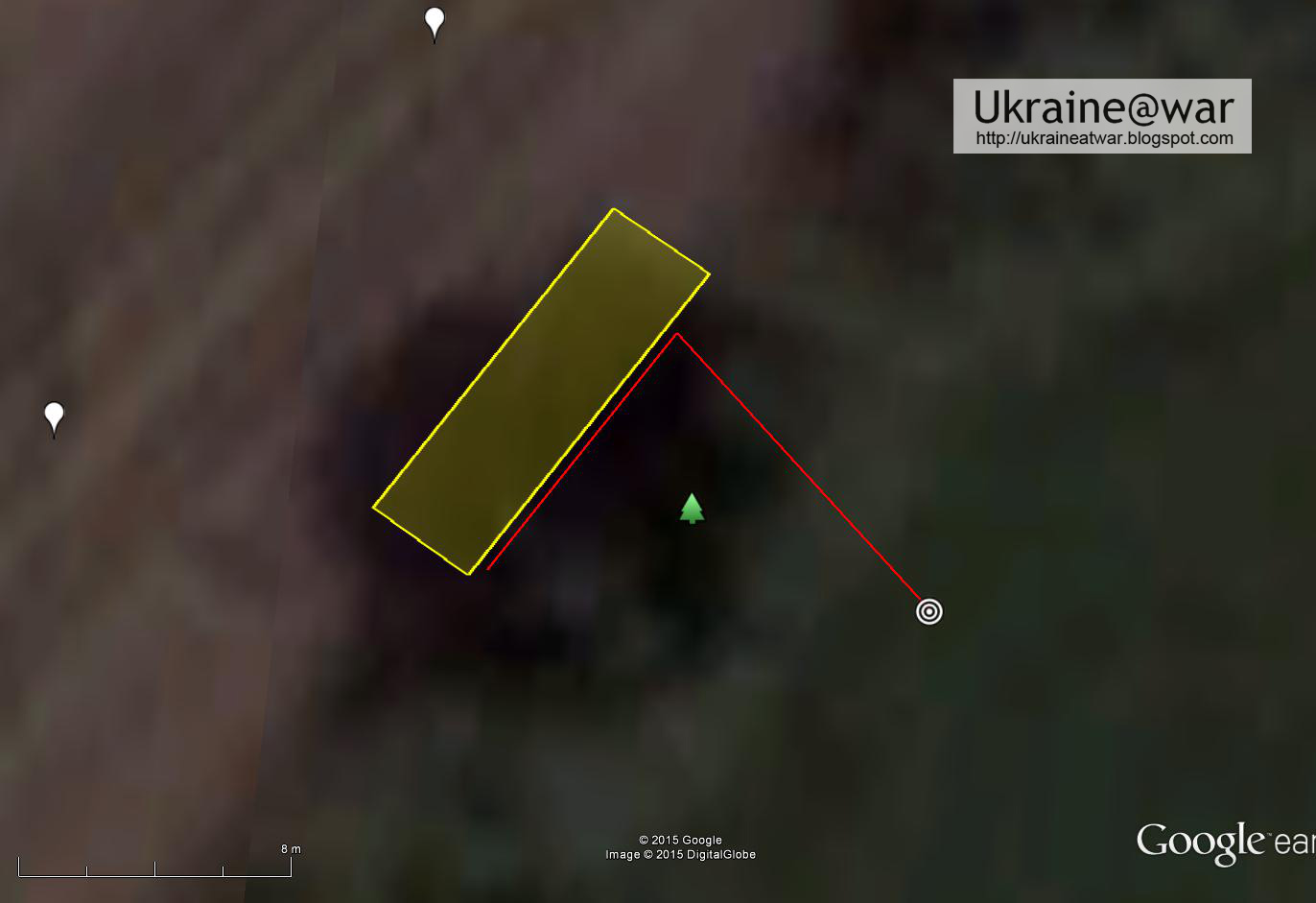 This means the REAL impact angle of the rocket might be slightly less then 60º.

Because this is only a very ROUGH estimate, we should say that the launch location is somewhere between 15 and 20 kms distance (if rockets with max distance of 20 kms were used).


Again, as stated in the previous analysis, these lines are an indication from which direction the rockets were fired (red arrow): 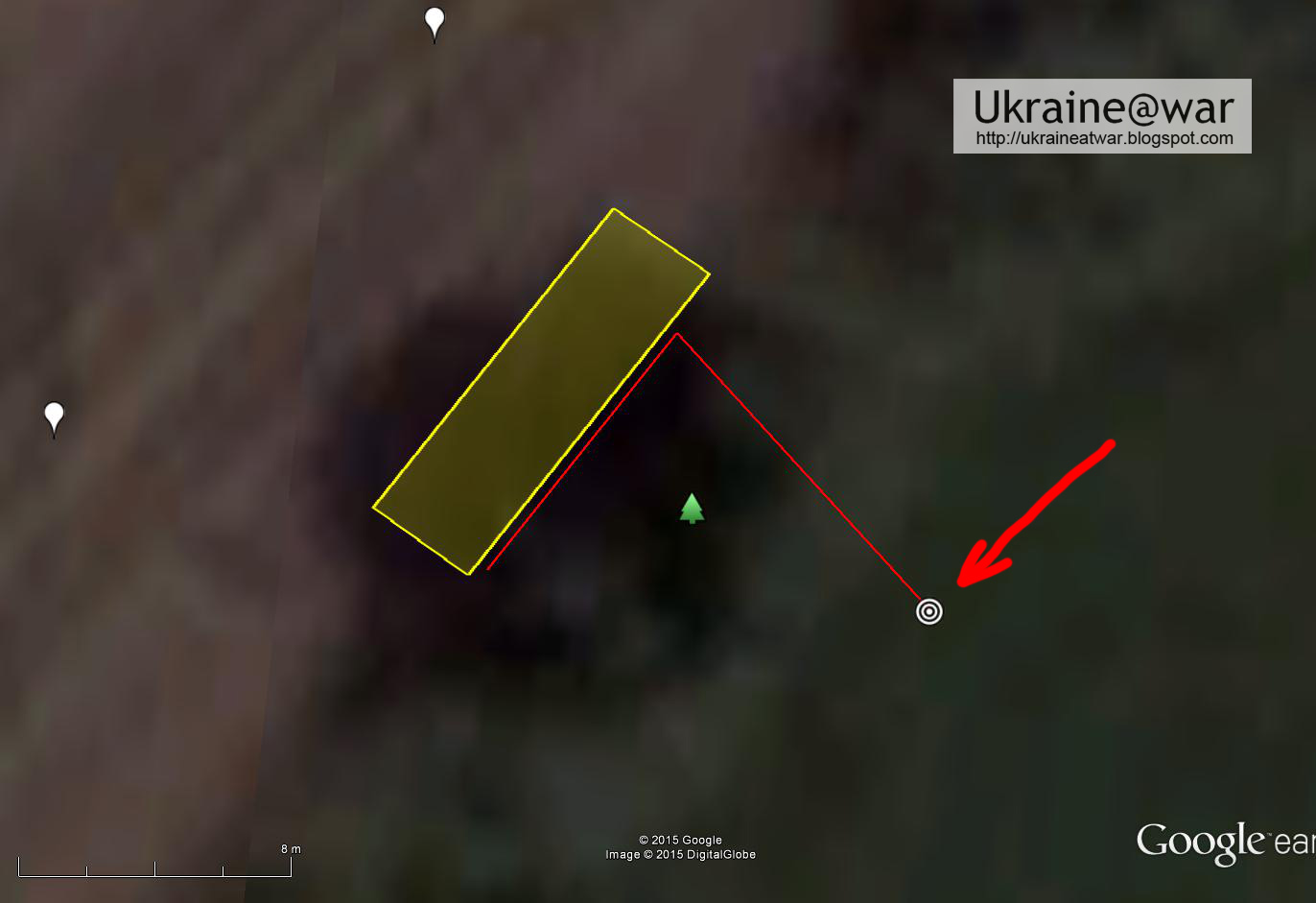 VK-chats indicates neighborhood
Catherine Fitzpatrick picked up on some chats in VK were locals were talking about what was going on. She translated some essential parts of this here:

That mentioned neighborhood Staraya Koloniya is here on the map: 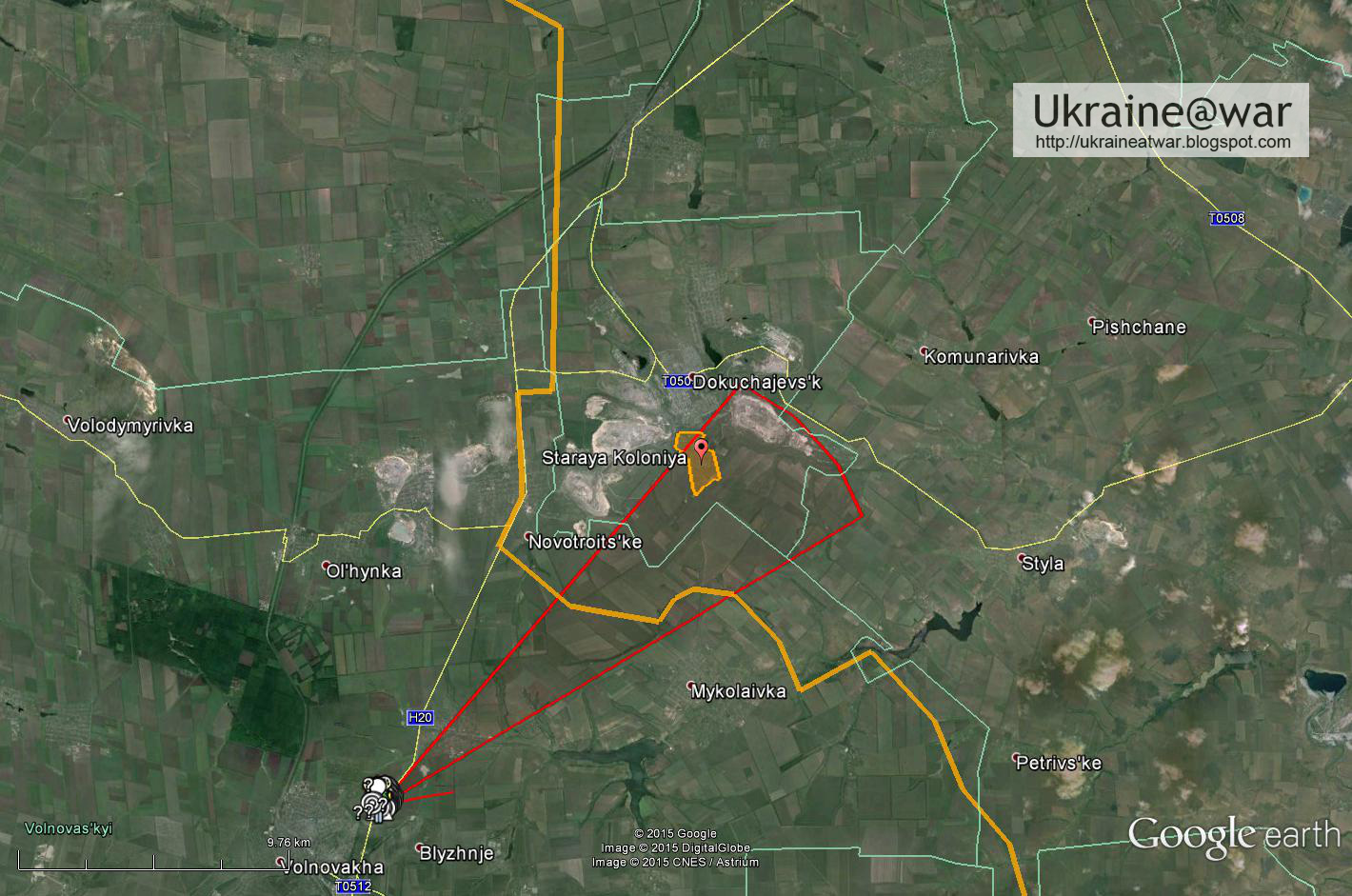 As can be seen it is within range and determined direction (red area). And it is at 17 kms distance.


A local informant specifies known areas
A local witness (with twitter-handle @whicard5) gave me several locations they know are used to launch GRAD attacks unto Ukrainian positions during the previous days. I mapped all of them out here: 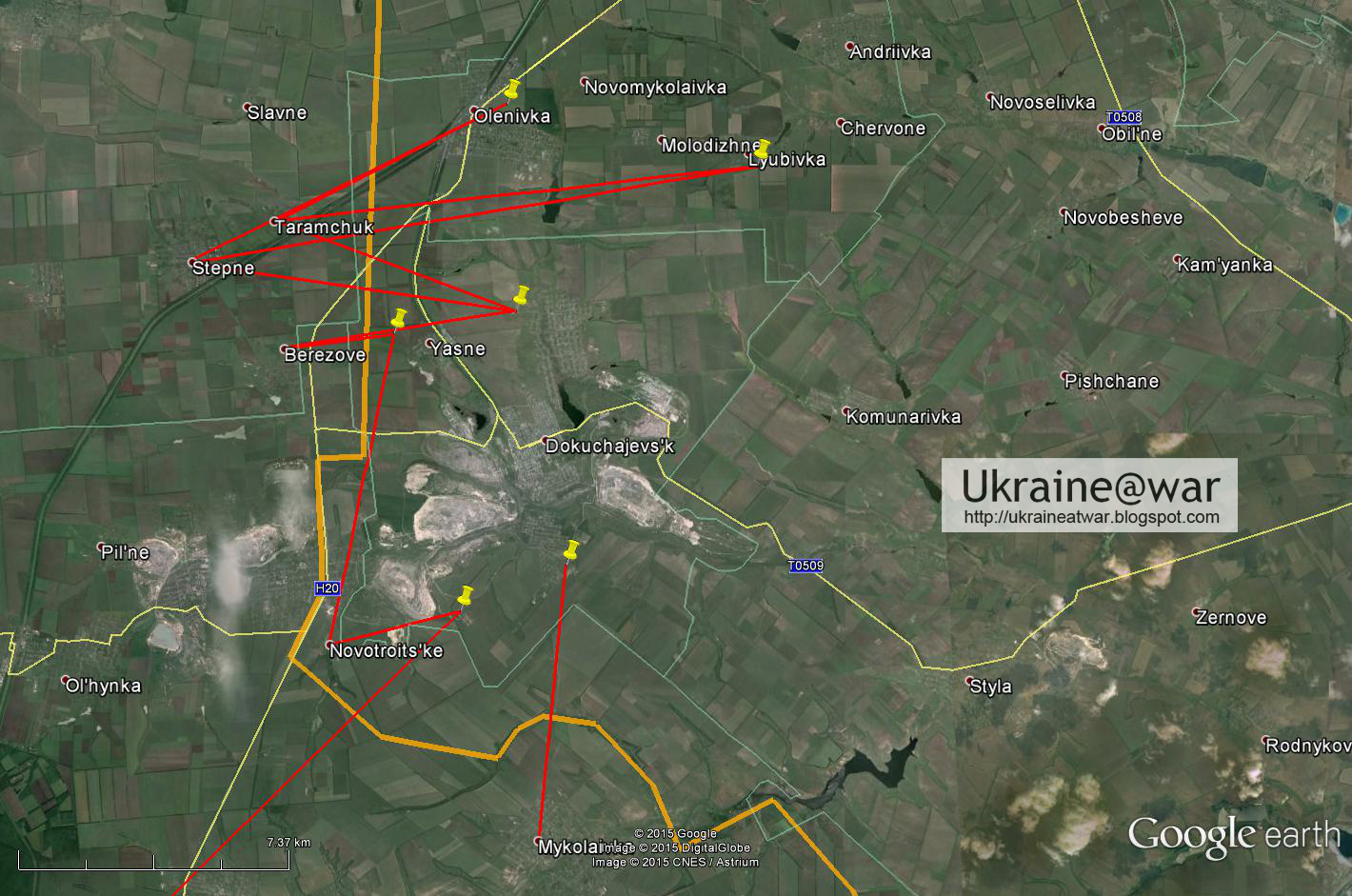 Although it is very hard to independently verify such information, my impression is that all these locations COULD potentially be good firing positions and a couple of locations match with what we already knew from other sources (geolocated videos and such).

Interesting is that a location WITHIN Staraya Koloniya is given as a KNOWN firing position!

This local had talked to several people and concluded that the most likely firing point was the one West of Yasne. But he also agreed that more than one location could have been used.

According to me, West of Yasne is the most unlikely place of all mentioned as a GRAD firing position, because it is VERY close to the front line with high risk of detection and counter attack. Nevertheless: you never know what happens during a war and it could still be true.

The second one has a time of 15:50 mentioned in the title, which is too late because the attack happened at 14:25.

Assuming that the 3rd was was later and the 1st one was earlier, it means the first one MIGHT even have recorded the Volnovakha salvo...

It is a rather lengthy video of 11 minutes and it is boring to watch, but starting at 2:55 something very interesting can be heard what definitely sounds like a massive distant launching of GRAD rockets. The sound continues until 3:08 (13 seconds), but there is still noise after this of flying rockets.

What's also interesting is that the cameraman seems to be filming into the direction where the sound is coming from and after that into the direction where he thinks the rockets are flying.
It is very well possible that he actually sees them flying, but the camera cannot record it because the sky is too overexposed and the resolution/quality too low.
Even more: he is ALREADY filming into the launch direction at 2:52 and ALREADY zooming in a second BEFORE the sounds is audible! It means HE SAW it already and the sound comes later...! 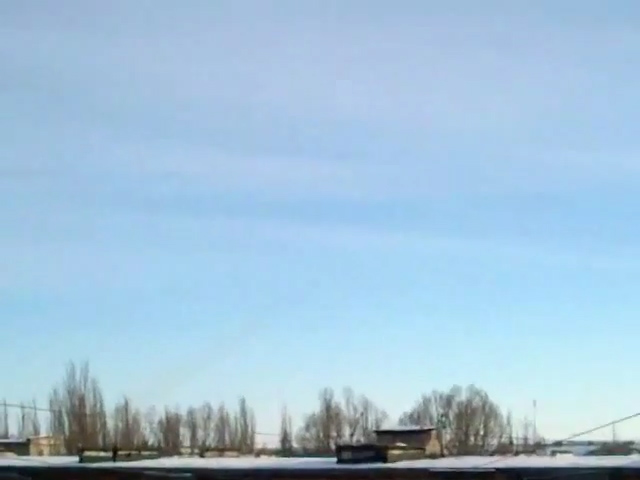 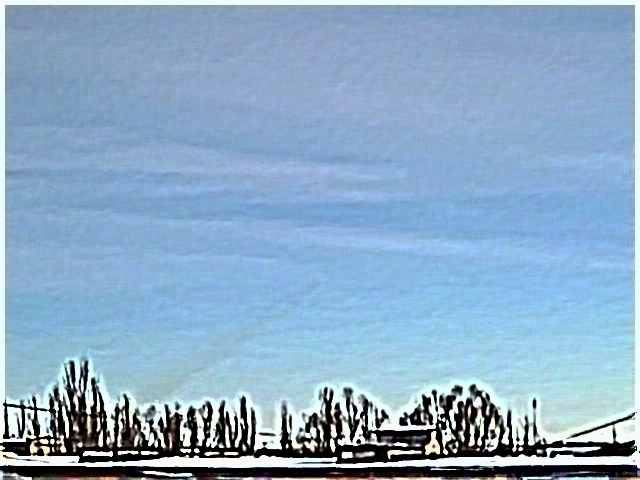 He has also been able to detect some GRAD rockets flying: 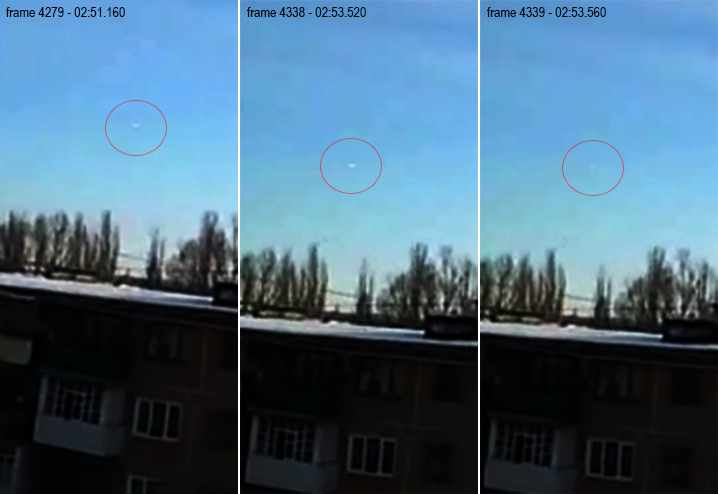 Direction of view
This is a screenshot from the video: 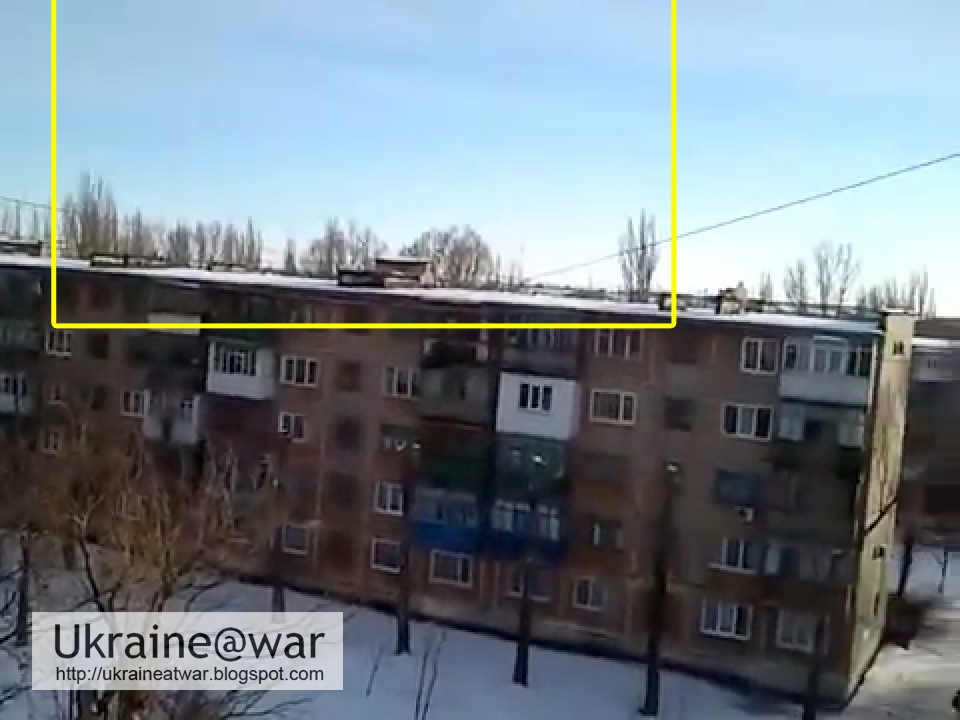 The yellow frame is where he zooms in.

This is how the cameraman is filming at that particular moment: 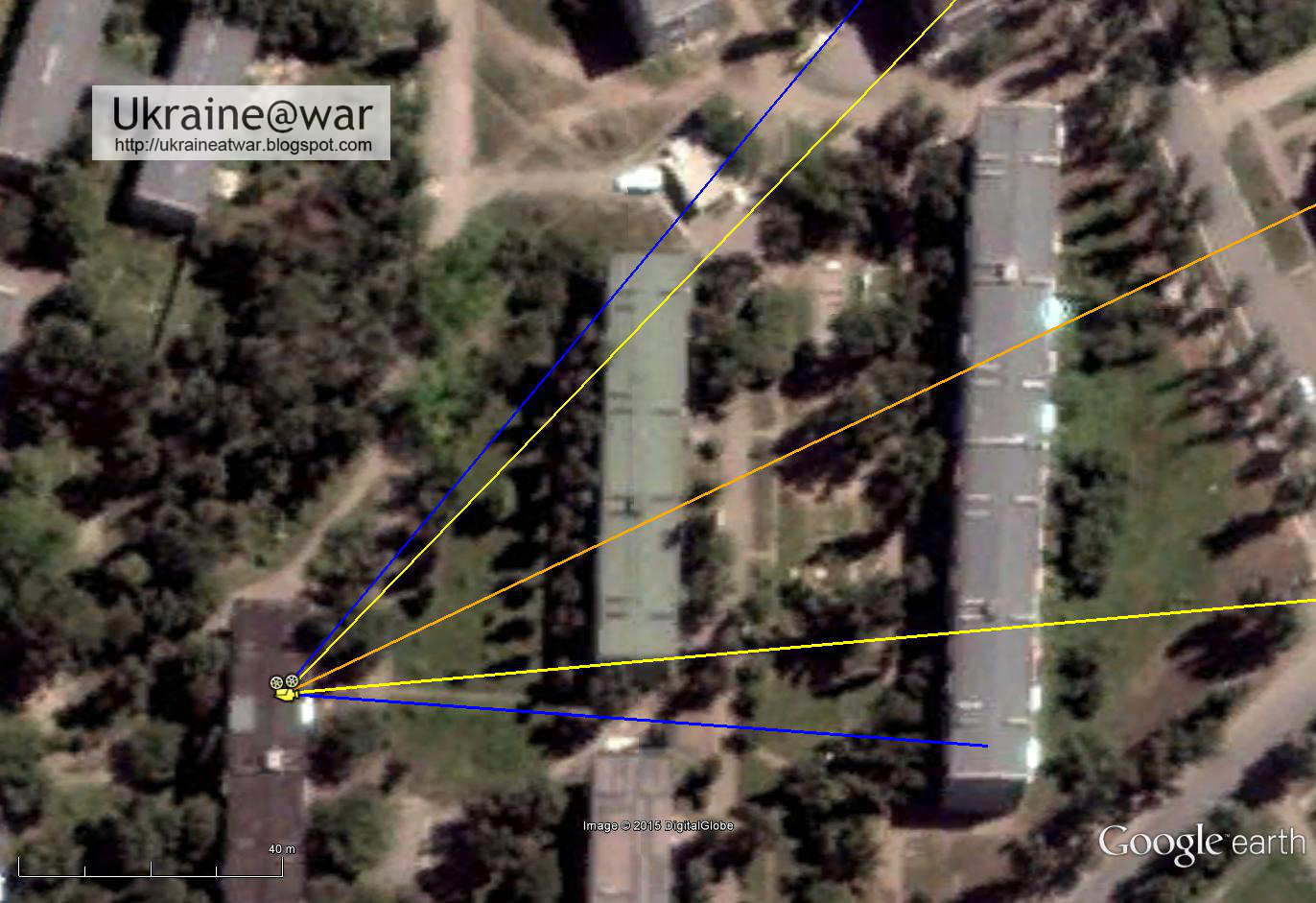 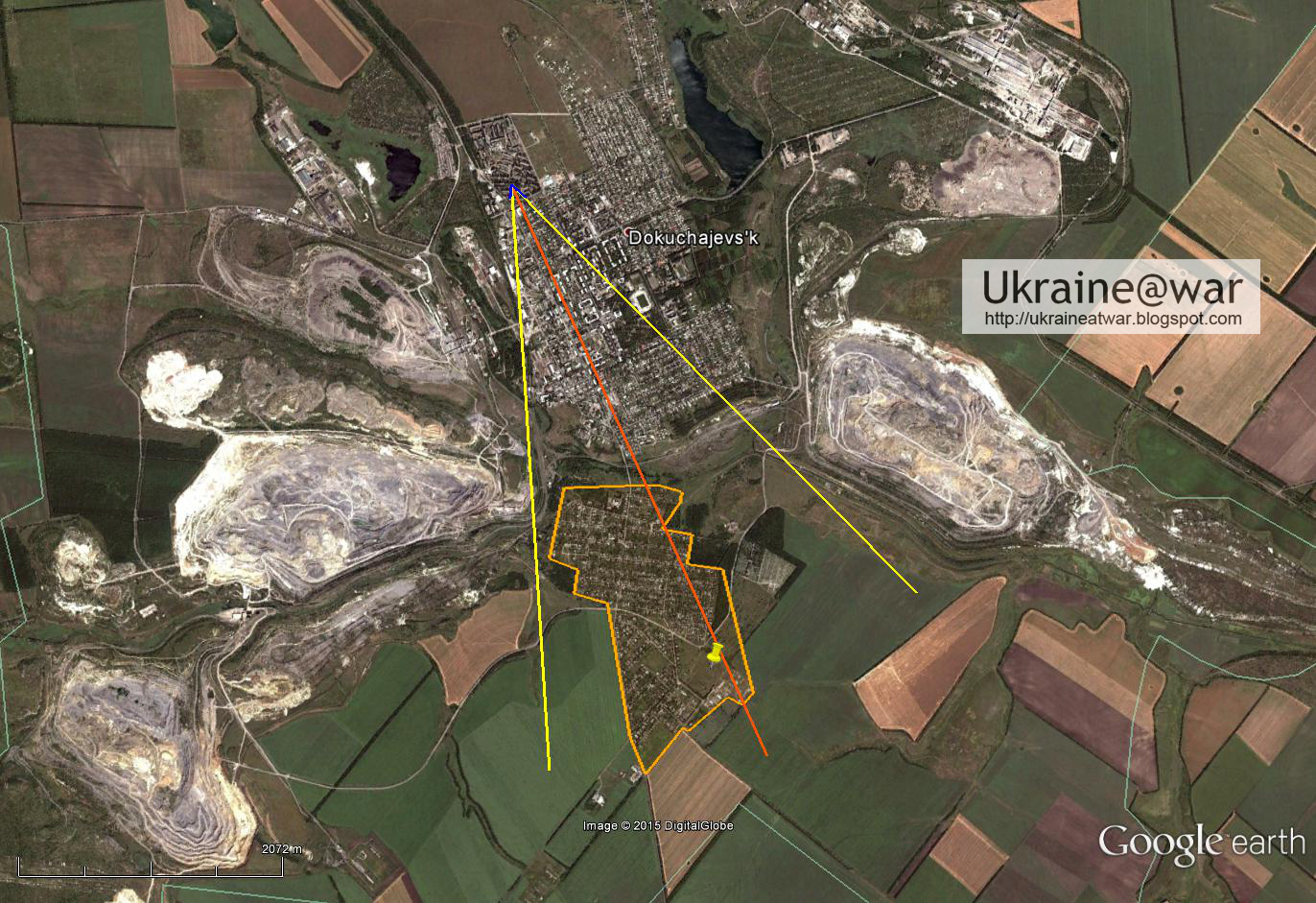 The center of his view (dark orange line) is directed TOWARDS Staraya Koloniya (orange area)and ALMOST right through the designated area that is a KNOWN firing position (yellow pin)...

When the cameraman is looking in to the direction where the rockets go, this is his view: 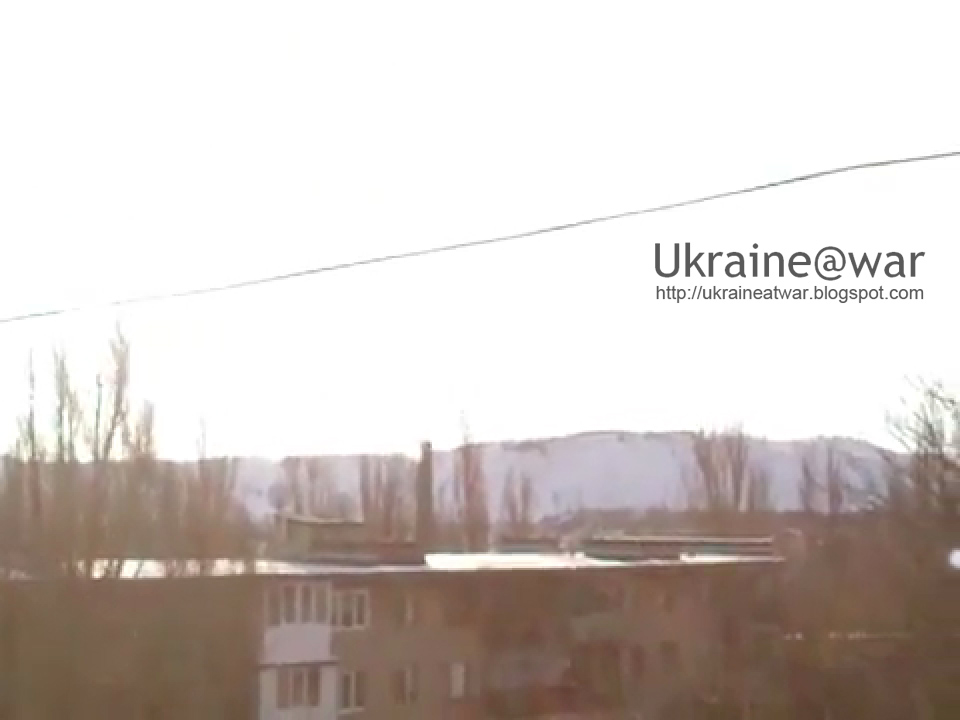 In Google Earth it looks like this (bus location in the middle at horizon): 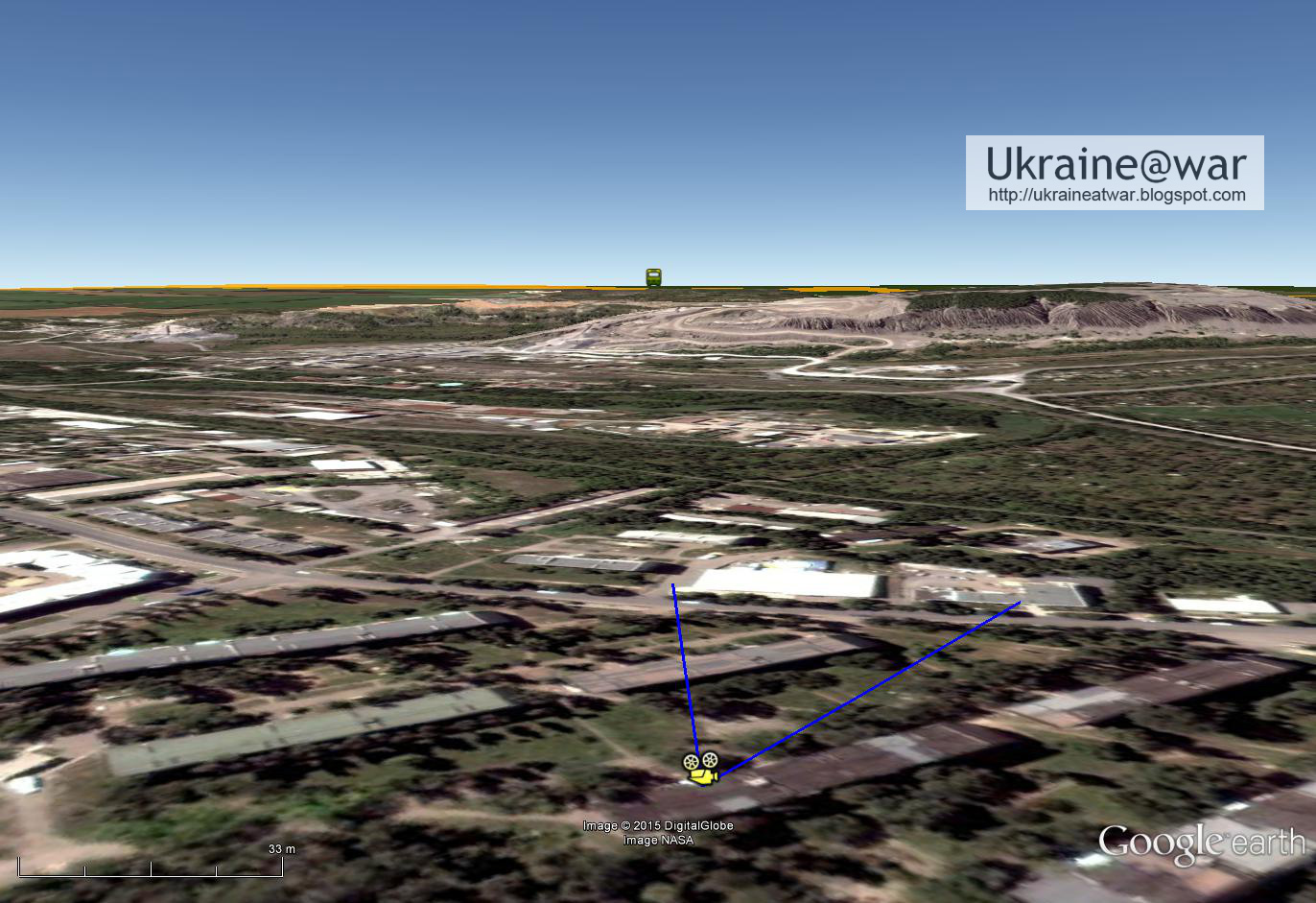 So what we have is this:

Conclusion: it is VERY LIKELY he was filming the actual salvo that hit the bus at Volnovakha checkpoint.

Launch location
Even though my local informant tends to opt for another location, everything else seems to indicate that the Staraya Koloniya area was used red circle: 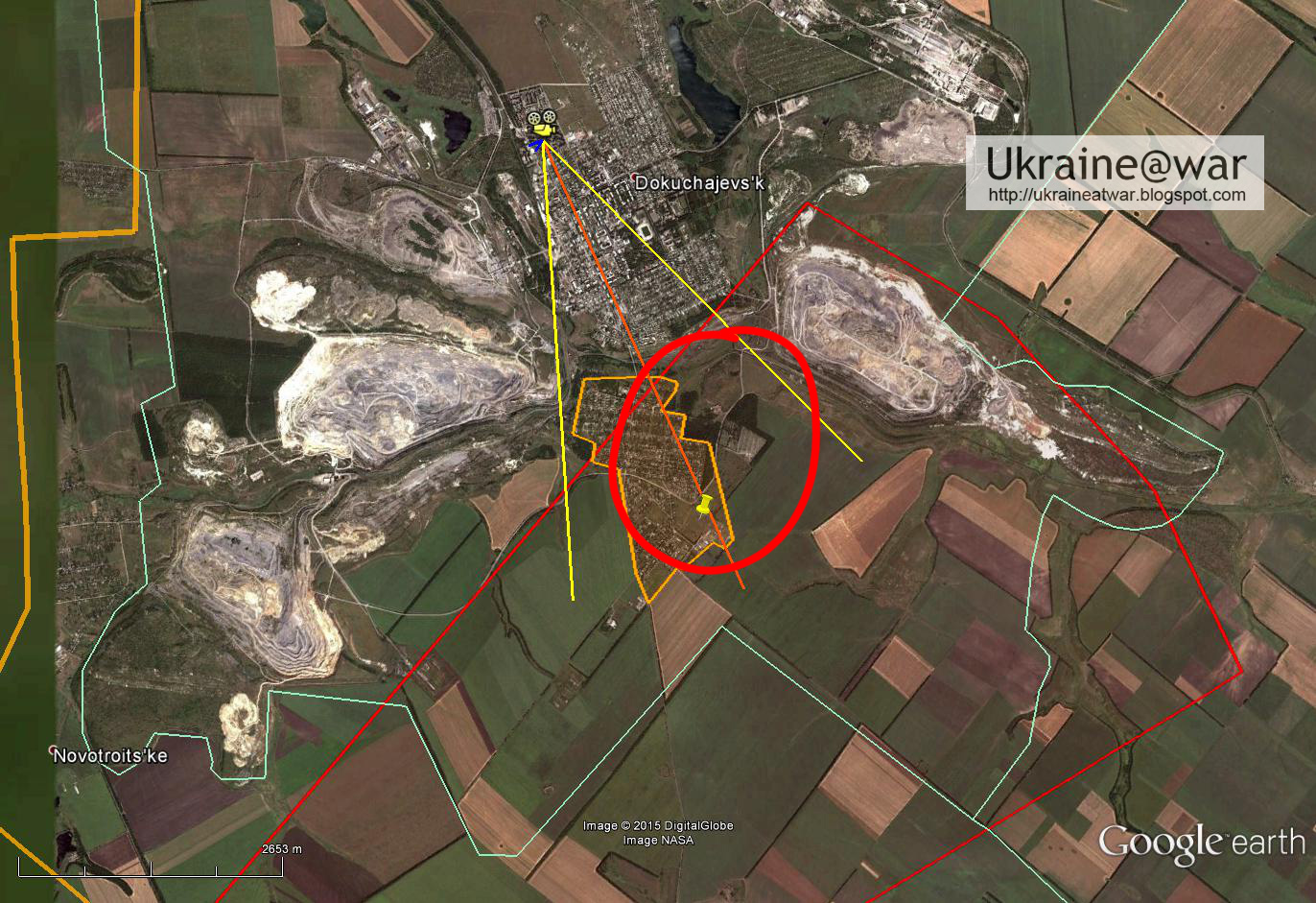 It might even have been the position they have used before: 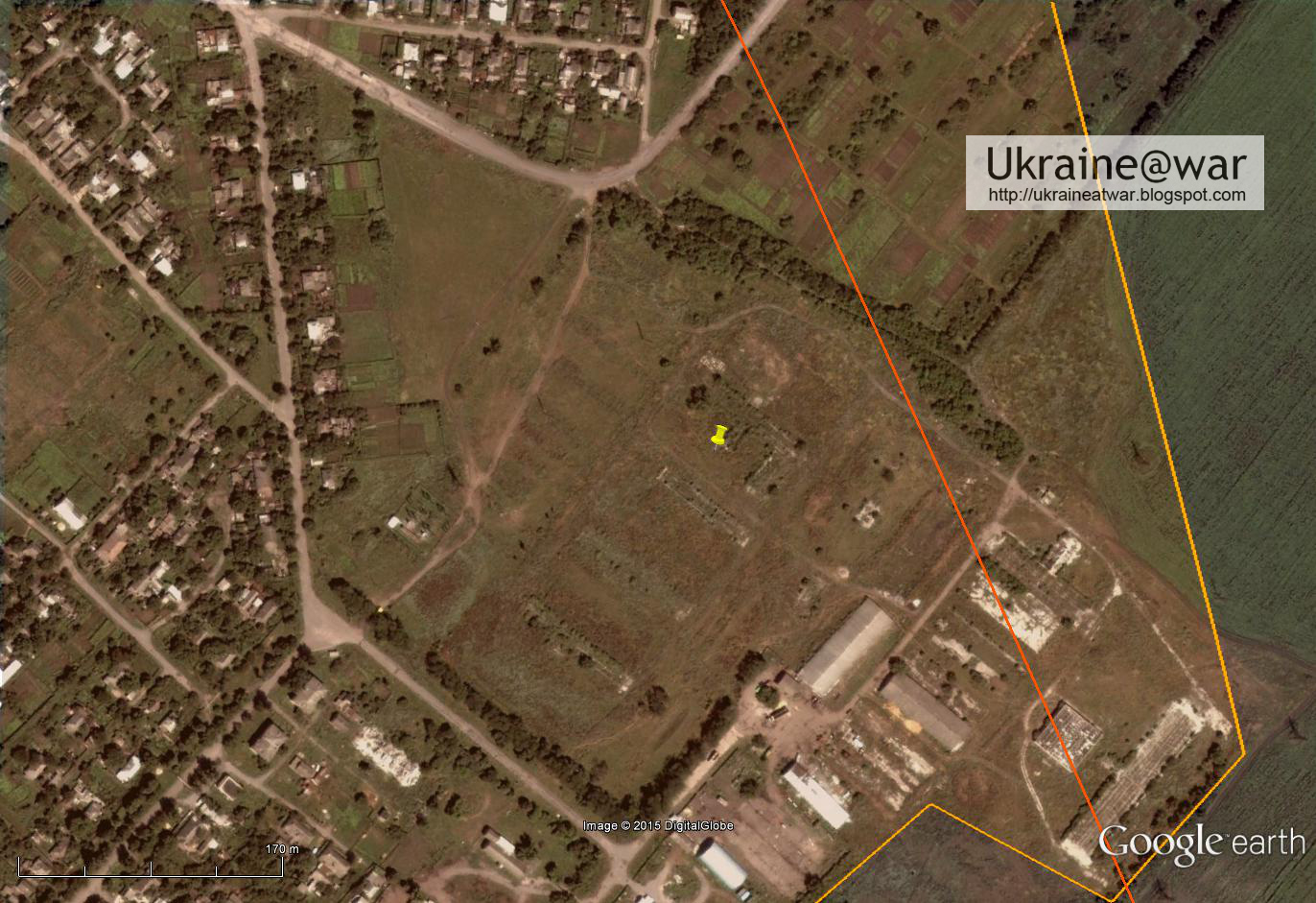 Video compilage
Now we have THREE videos of the attack. The likely launch, the CCTV of the impacts and the dashcam that shows when the bus was hit.

Here you can see all three playing simultaneously in one video: