Yet another attack on a bus with high civilian casualties (estimated between 10-15):


These are screenshots of the damage to bus, car and buildings: 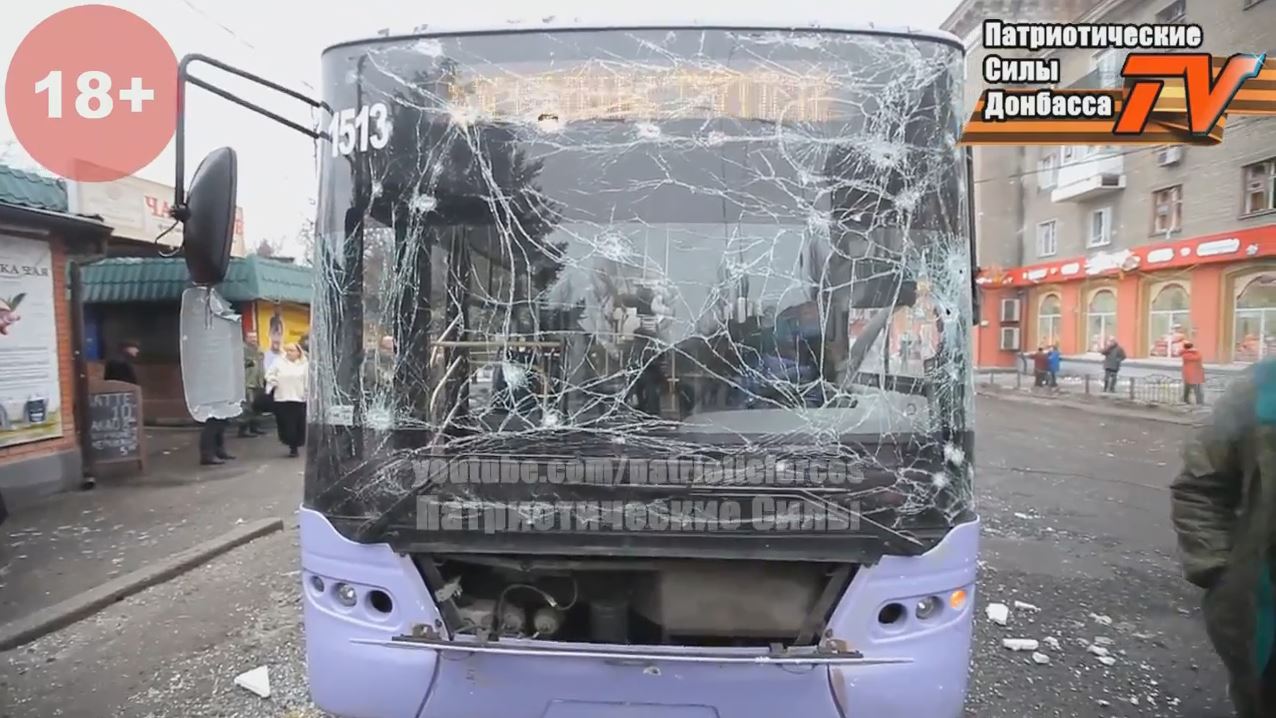 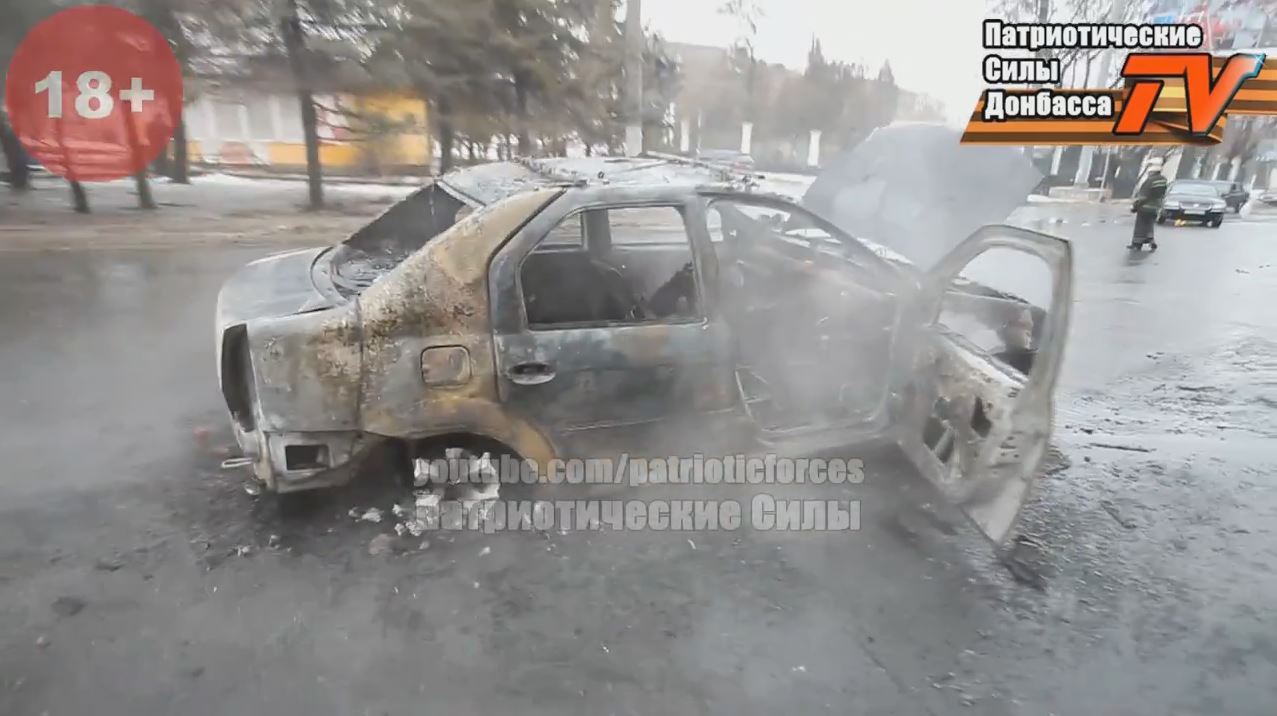 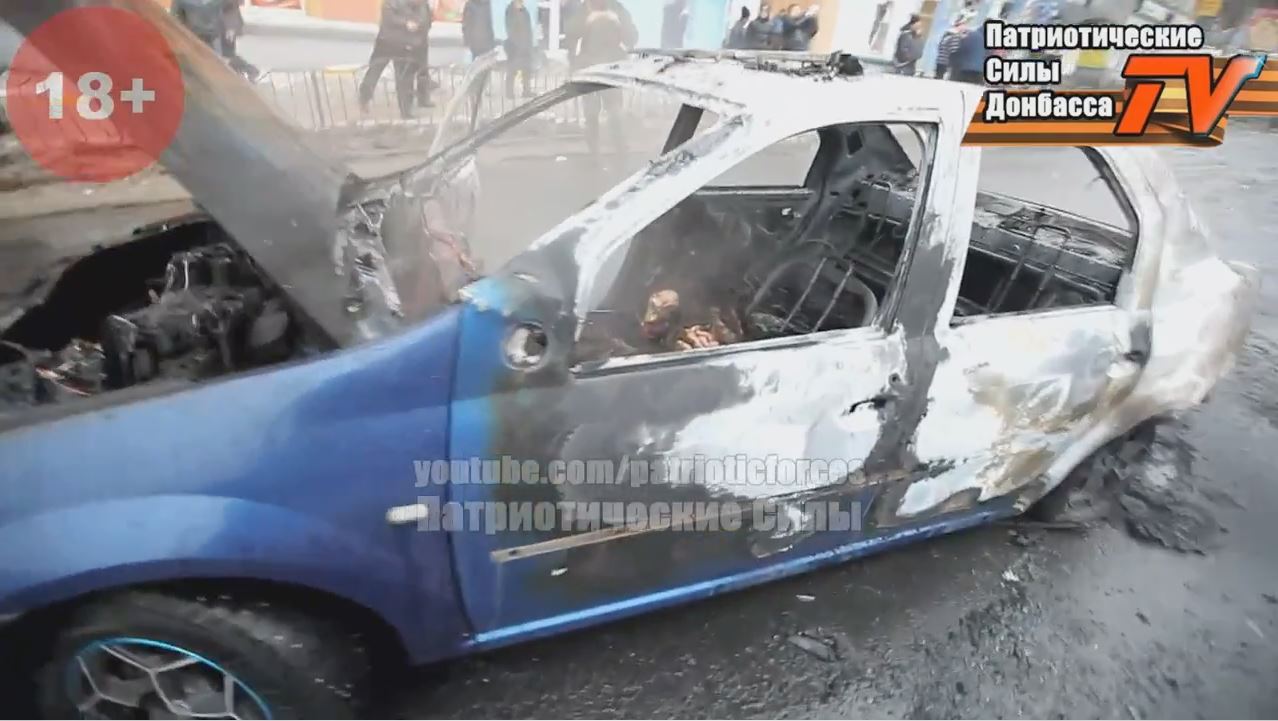 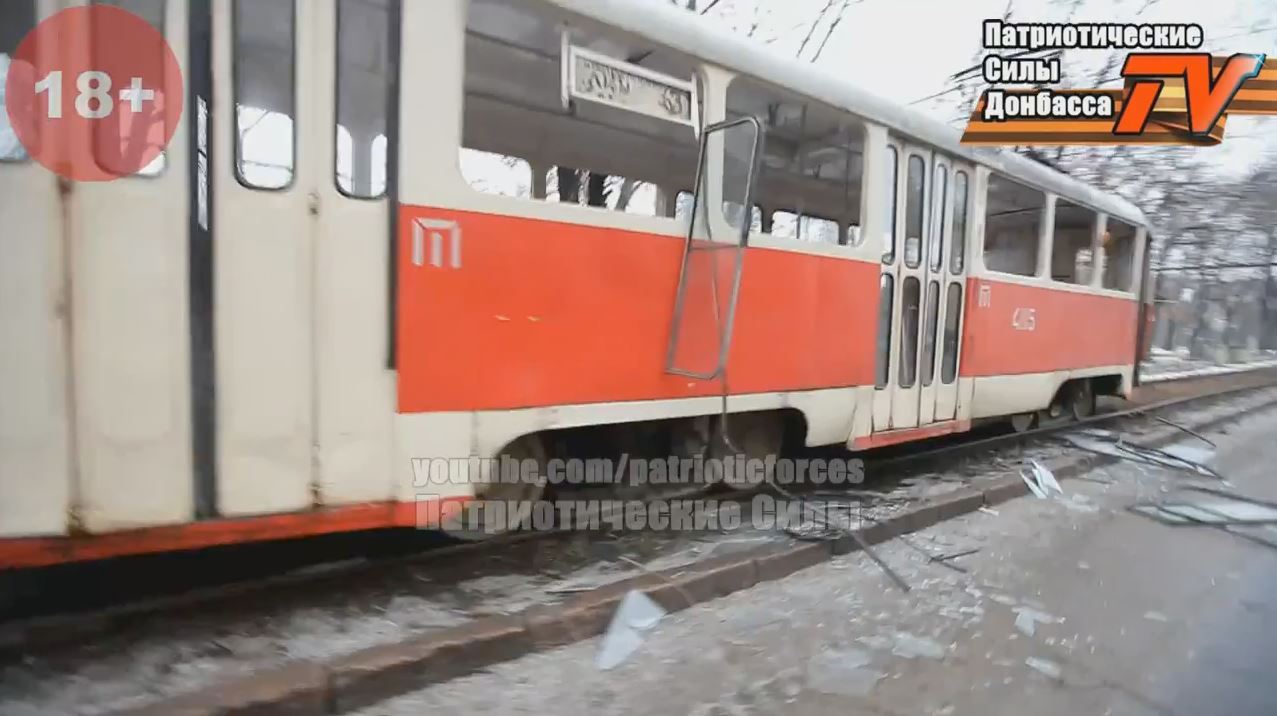 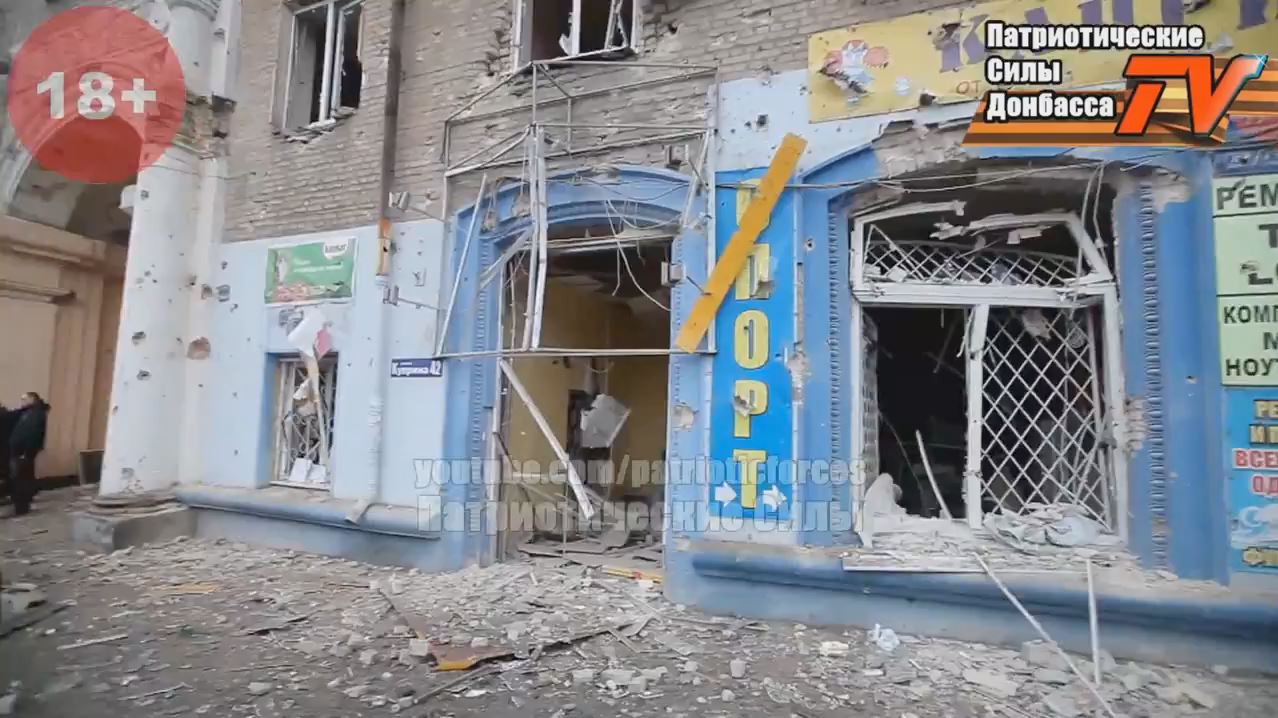 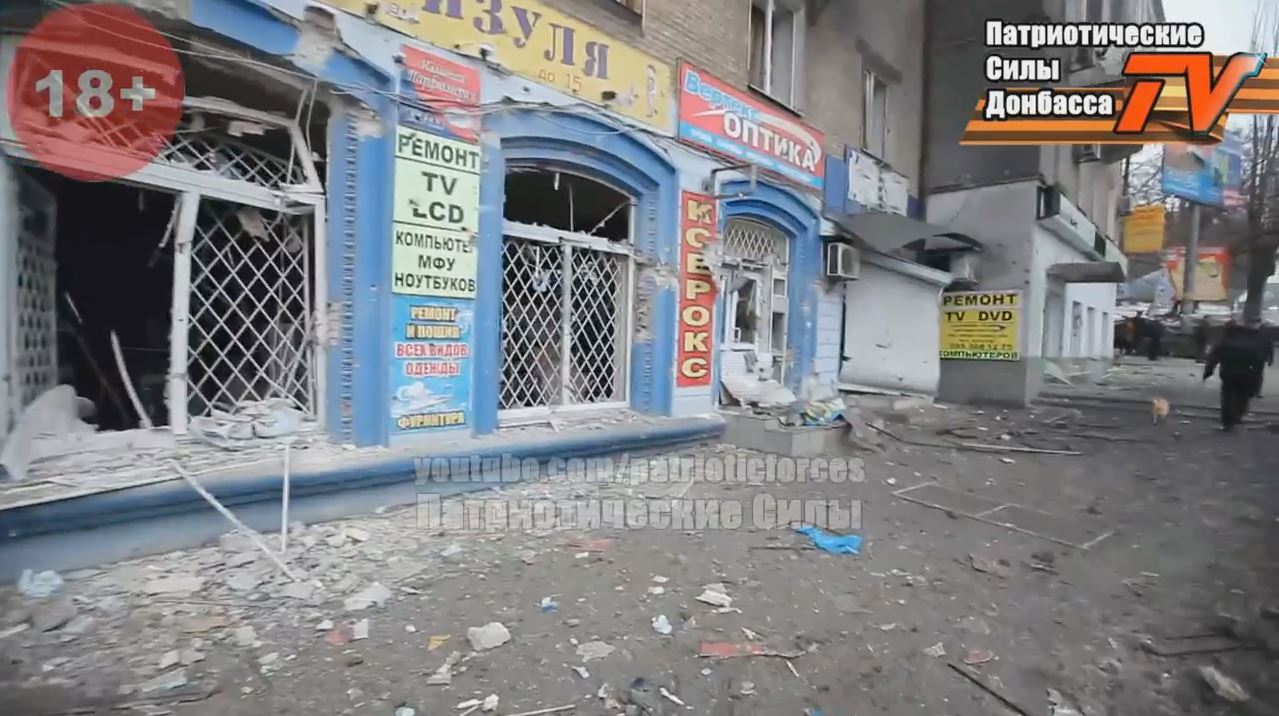 This is a mortar impact near the tram: 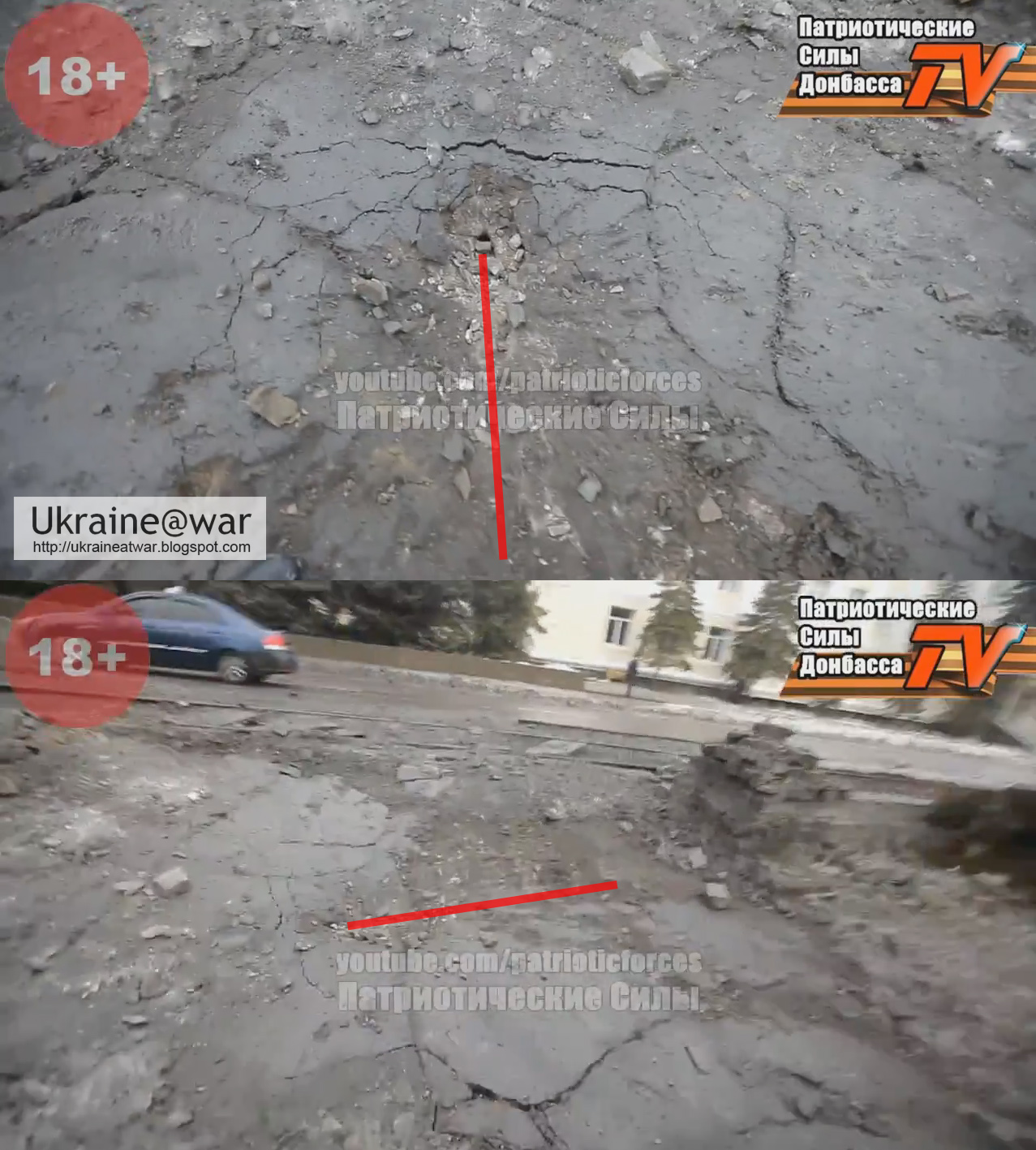 These directions projected on a map: 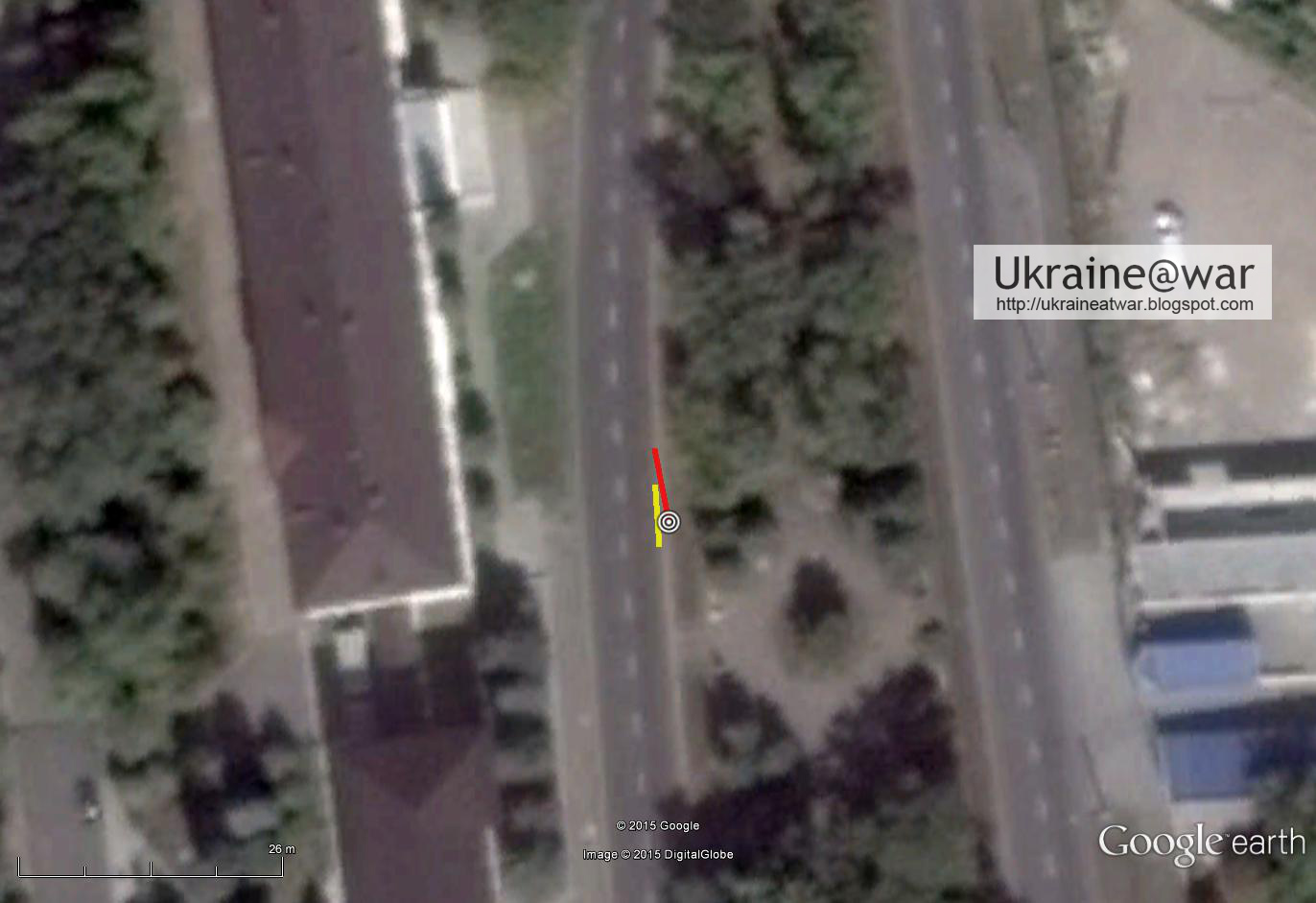 On a larger scale with a tremendous 5 kms range: 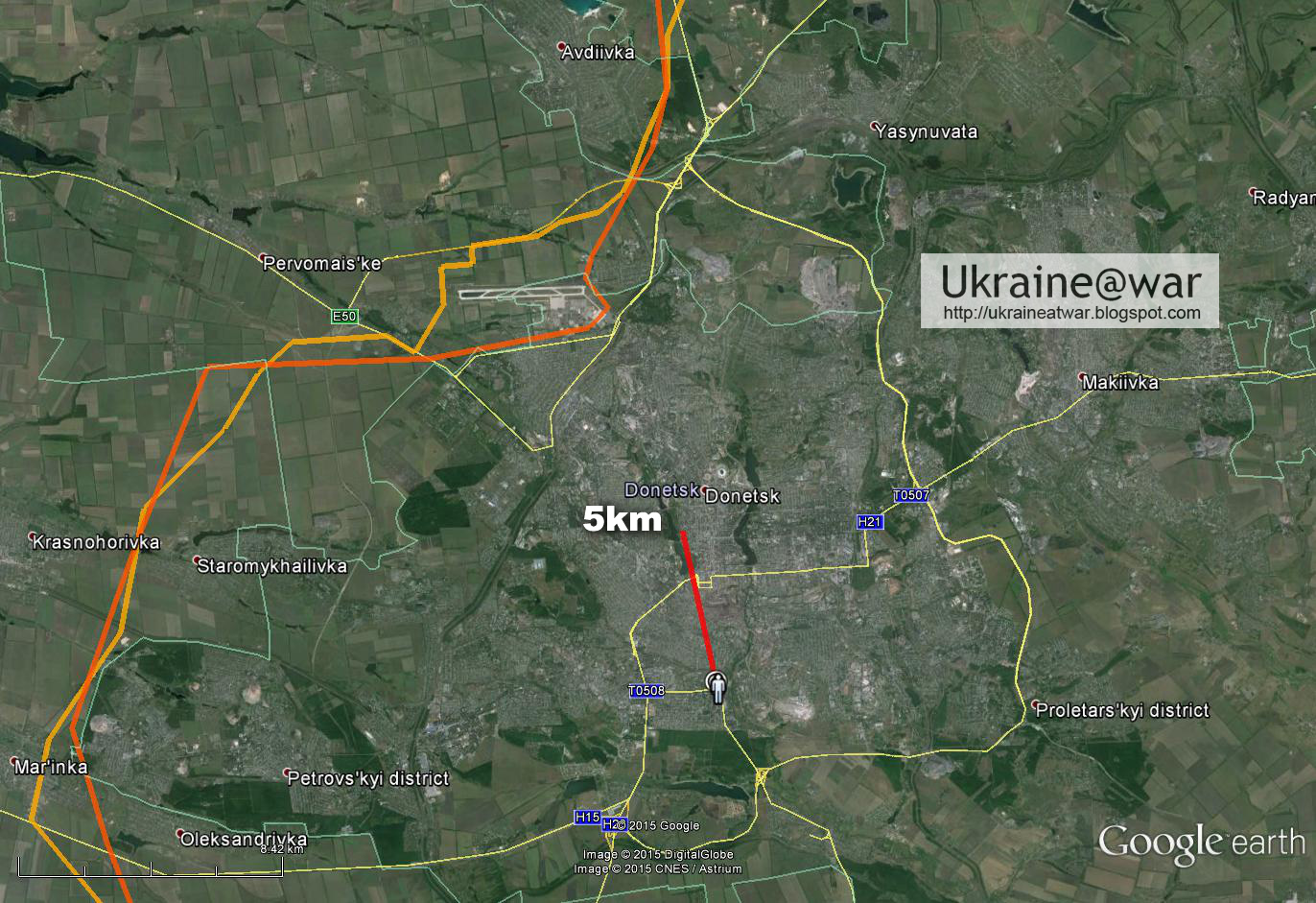 @ChristopherJM made this brilliant photo of that impact: 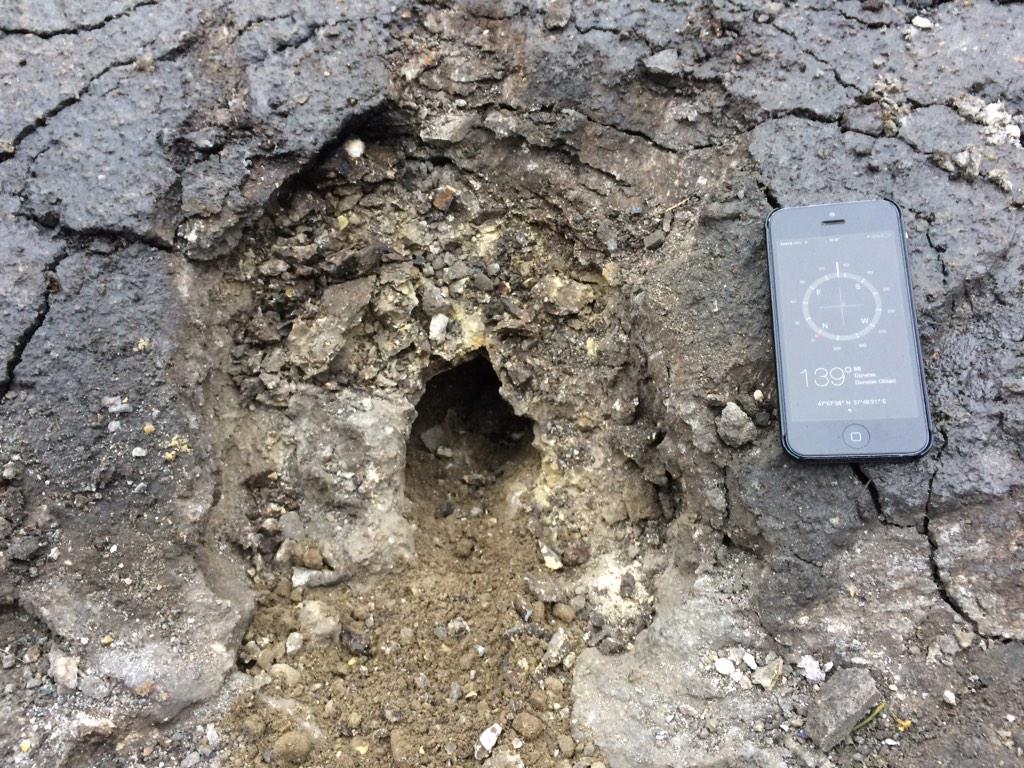 It shows the direction is 139 degrees. But the phone may not be exactly in the line of the hole: 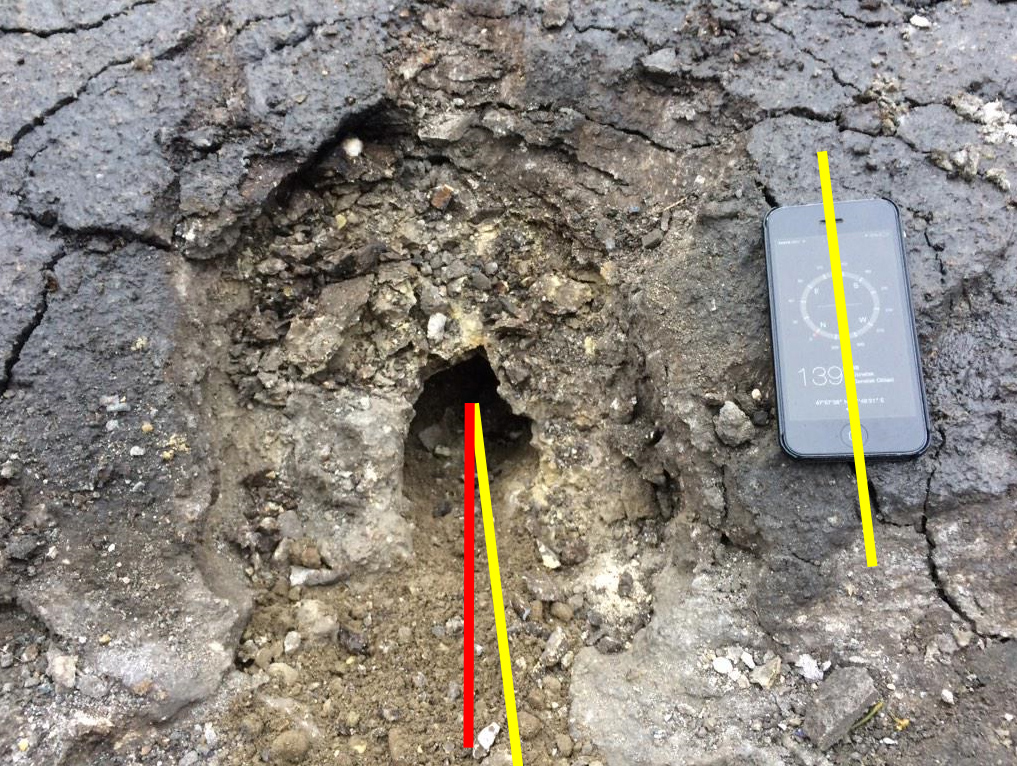 So, within the margin of error (for both of us), this indicates into the same direction!

Also this photo shows that 82 mortars must have been used, since the hole is smaller than his phone (Iphone 5 is 12,4 cms high): 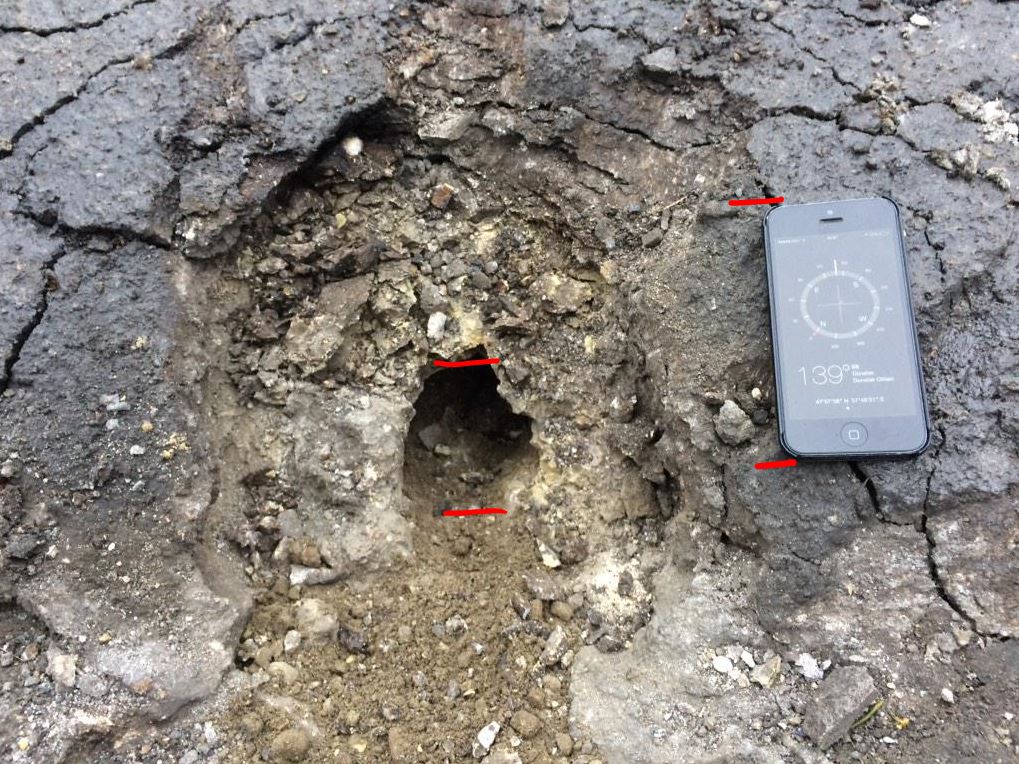 The crater near the bus also indicates the shell came from similar NNW direction: 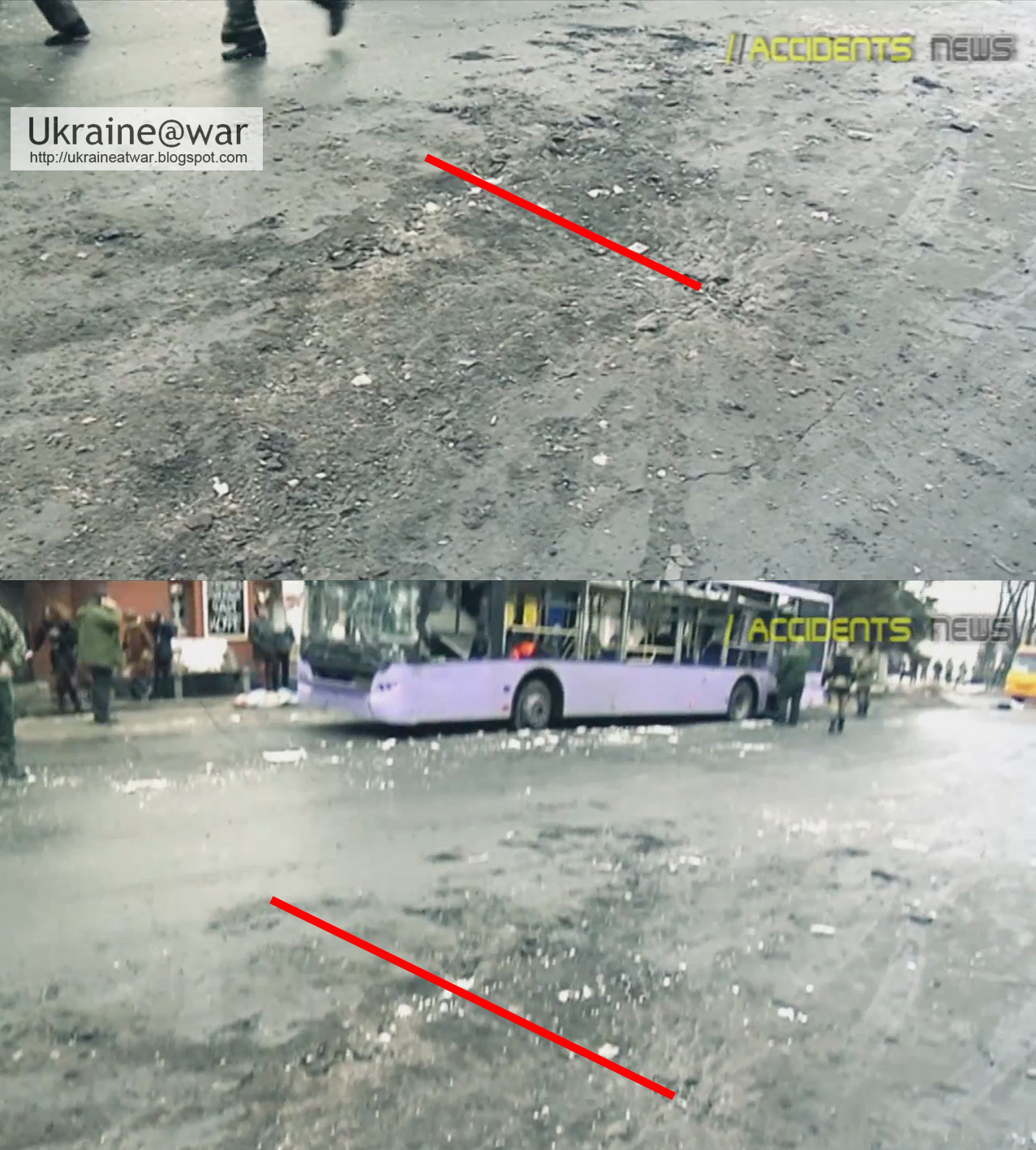 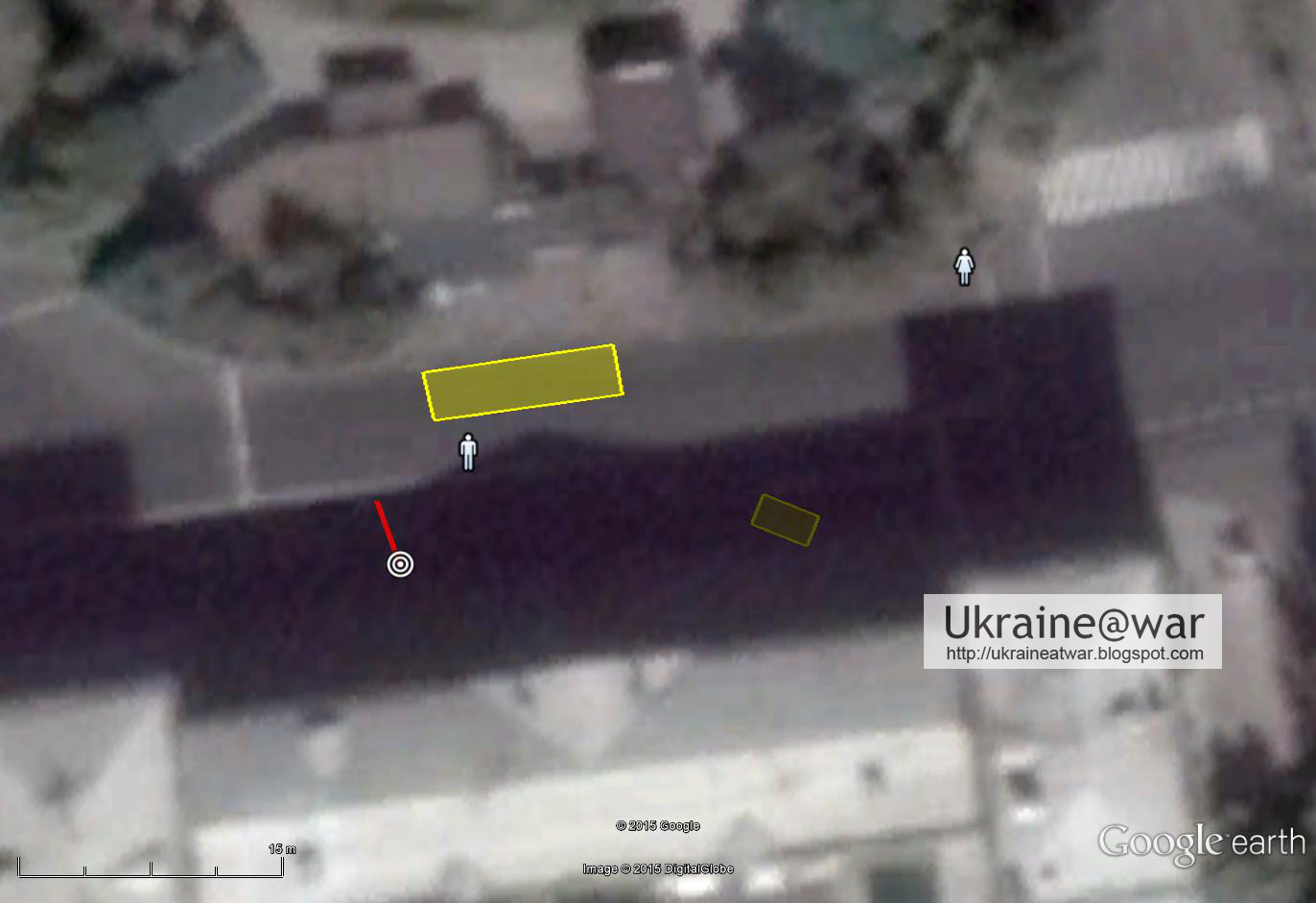 
It is strange how a mortar can cause so many victims, because after one shell people run for cover. But here is a video, made by the Terrorussians themselves, that shows a mobile mortar, capable of firing 4 mortars in a row. That may explain why many people can get caught by surprise:


But here is ANOTHER example of what could be possible: 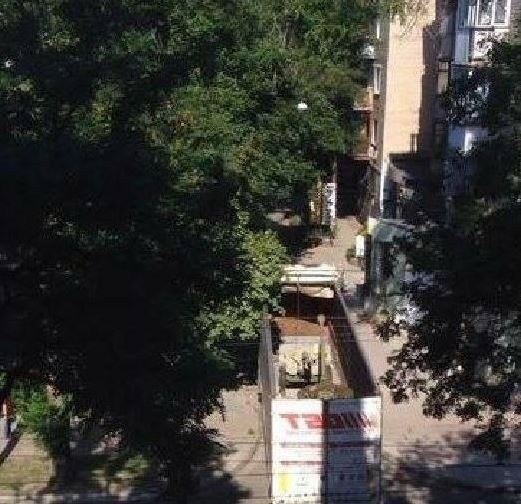 A mortar hidden in a truck, so it can fire 'unseen'. Link to original article (in Russian).


The Russians bring in a captured Ukrainian Cyborg commander at the crime scene, to publicly blame him for this attack:


They kick him and they beat him in front of the camera: 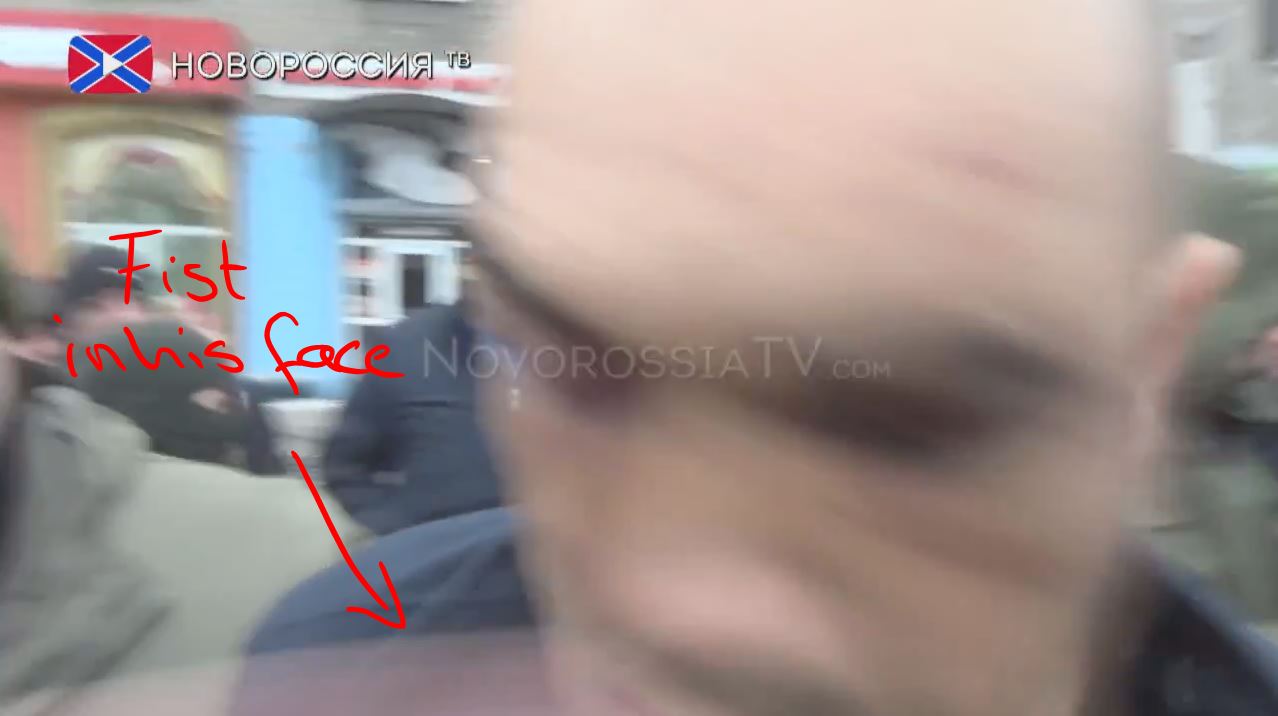 The car they use is interesting too:

But according to this source they copied the license plate of another car.

'DNR' reports they have the truck and already destroyed it!!!


UPDATE
OSCE has been on the location. This is their report:

So does OSCE REALLY want to say that the crater was NE of the bus while it was SW?

You see? The written accounts of OSCE are VERY susceptible for error and there is NO way to check if they are right. That makes their reports vulnerable for false information.