OSCE published a report about the Volnovakha attack that for the first time(?) includes a photo: 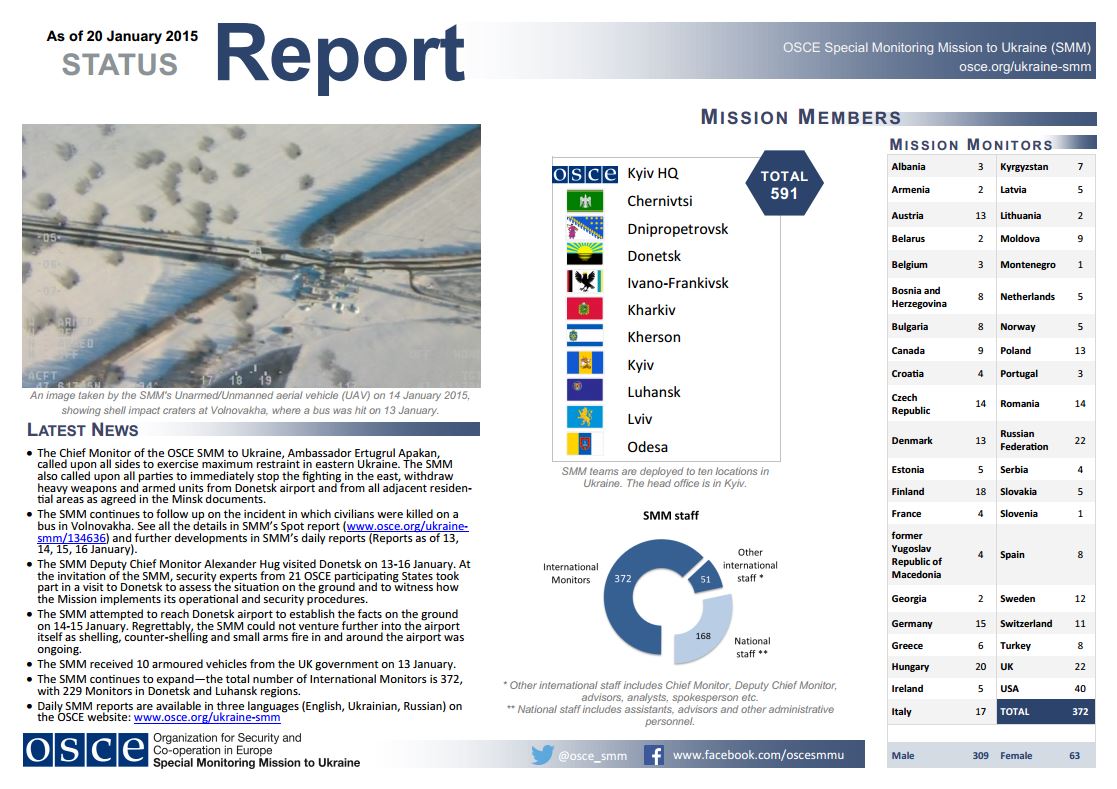 The photo is made by one of their UAVs and shows the checkpoint and part of the impact area: 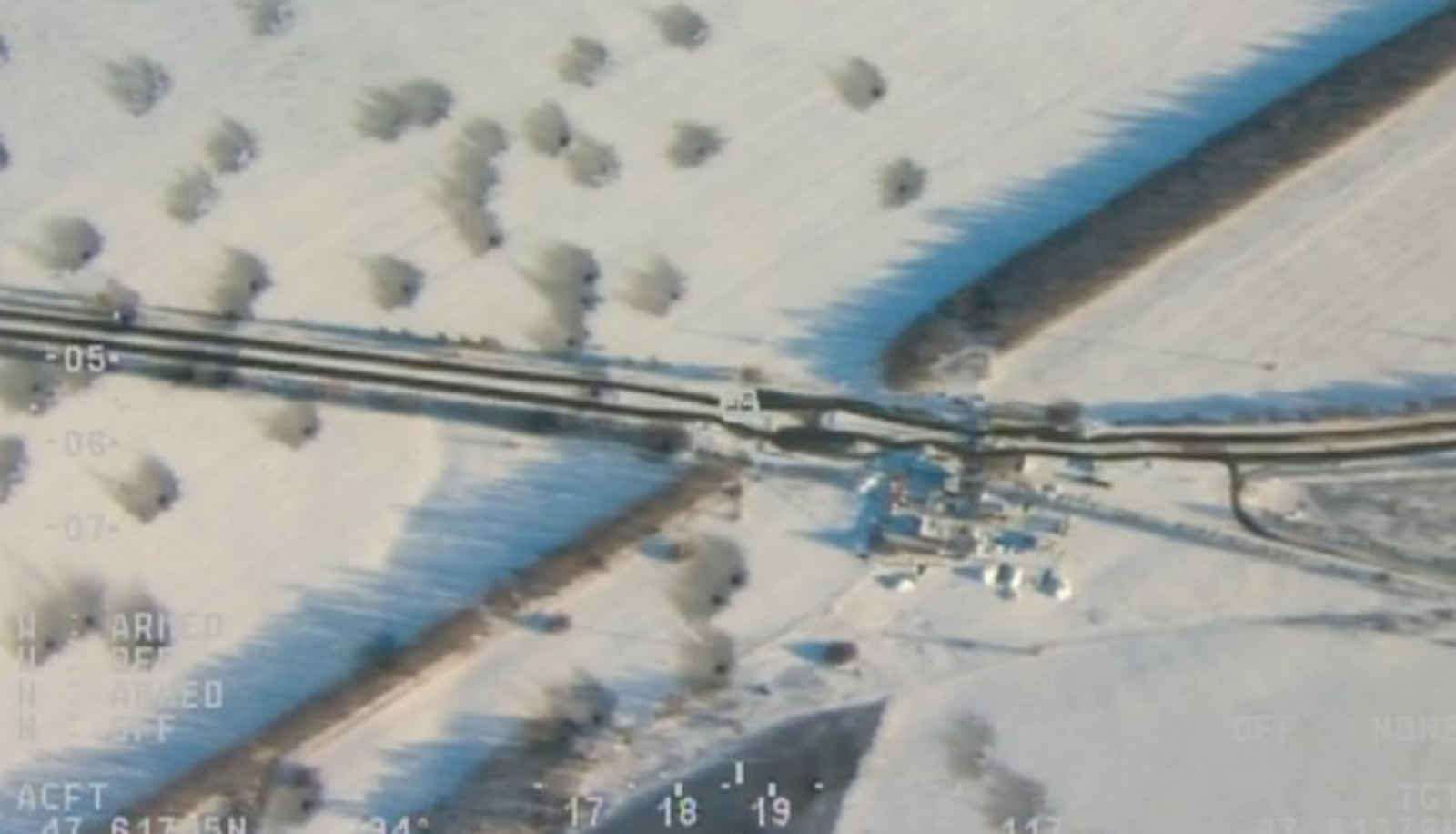 The nice thing about this is that the impact craters tell us something about the direction where the rockets came from: 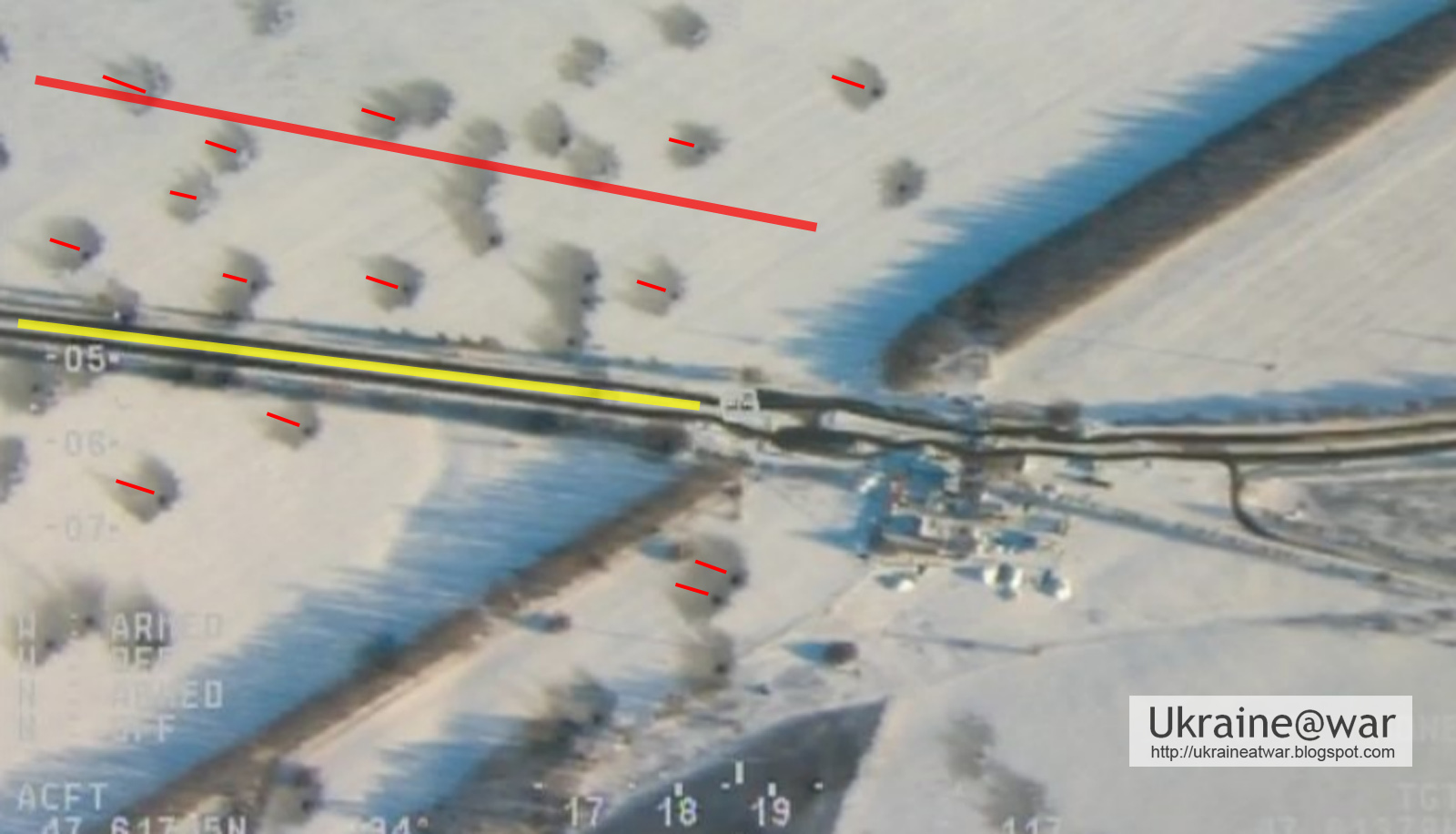 We have to be careful to calculate an EXACT angle based on this photo, because the photo itself was taken at an angle and that means the impact-angles get distorted (a bit).
Nevertheless what we can CLEARLY see, is that the direction of impact is at a (slight) angle (red line) with the road (yellow line).

When we copy these lines on a map, it looks like this: 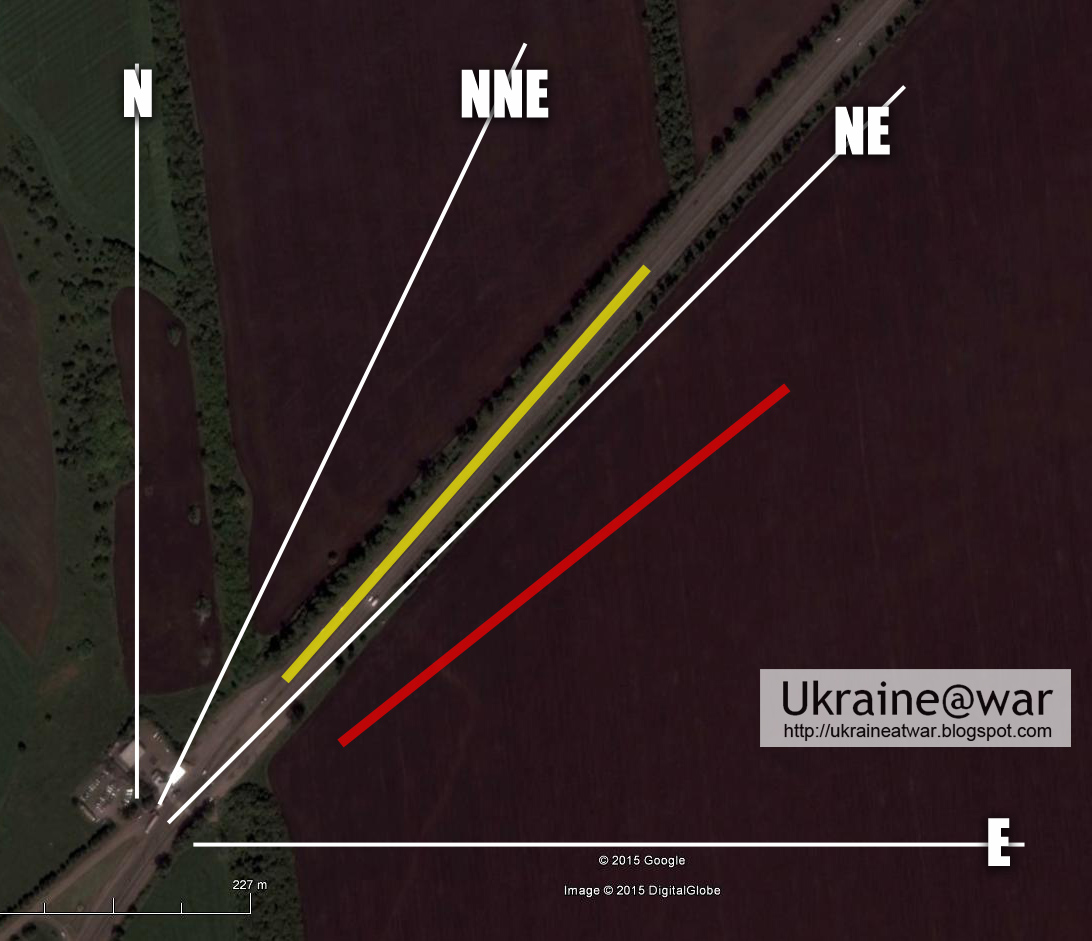 As can be seen, the direction of impact is NOT NNE as was stated by OSCE in an earlier report.

The direction IS consistent with mine and other peoples earlier assessments: 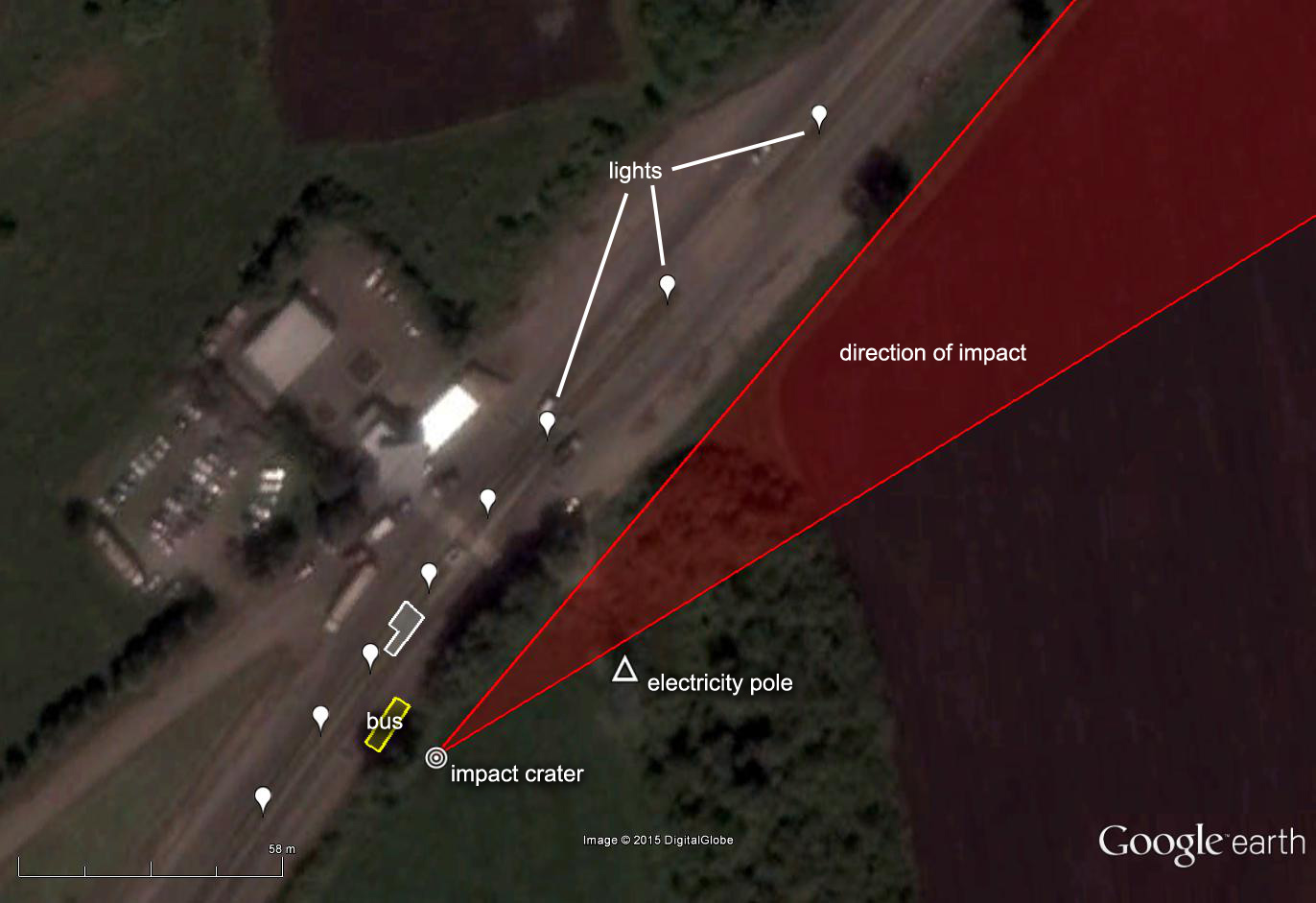 That NNE direction has been used by Russian trolls to argue that that assessment was not correct. And even Russia's envoy to the OSCE used that report to state it was not correct: 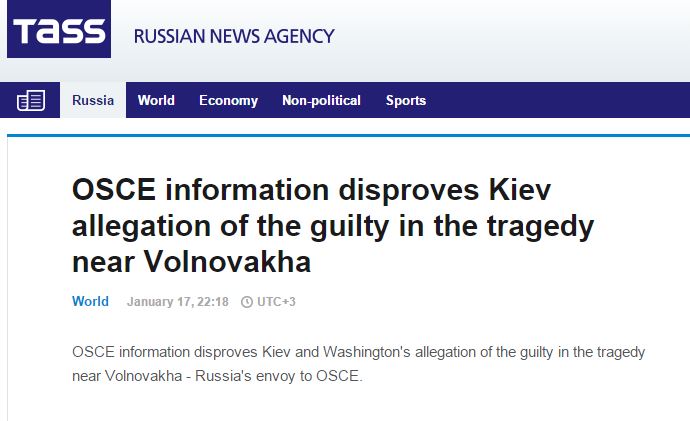 To put it mildly, this shows how the 'handwork' of OSCE-members delivering only written reports is NOT RELIABLE enough. The reason is that nobody can check how they came to their conclusions and whether they were right or not.

My suggestion to OSCE is to let their people make photos and videos and release those to the public with their reports.


I will NOT discuss here whether their 'NNE-report' was a deliberate falsification or just a unfortunate human misinterpretation.
But OSCE DOES need to understand that their credibility is not very high at the moment with the public and we have many questions about their neutrality in Ukraine.

Also see: What's the problem with OSCE?
Also see: why did OSCE invite a Russian General to Volnovakha crime scene?