This video is from Jun 19th in the morning, reported to be from Cherevkovka: 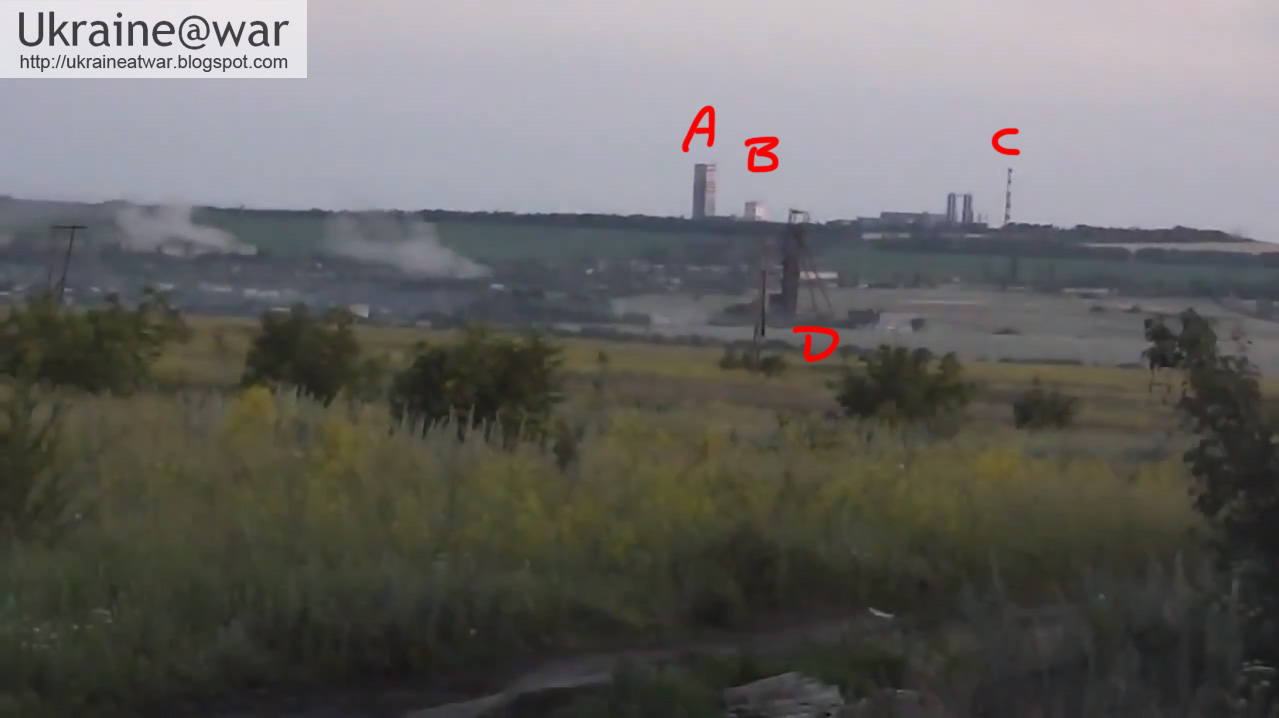 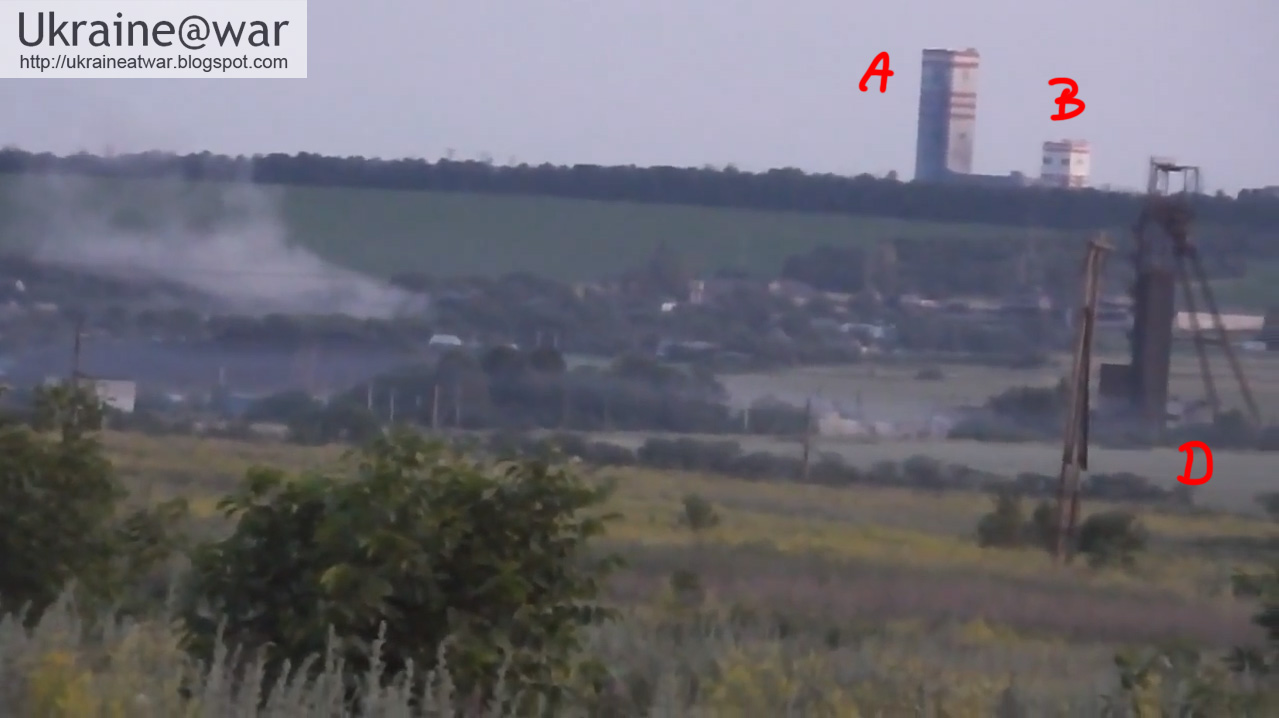 These match with the next positions on the map: 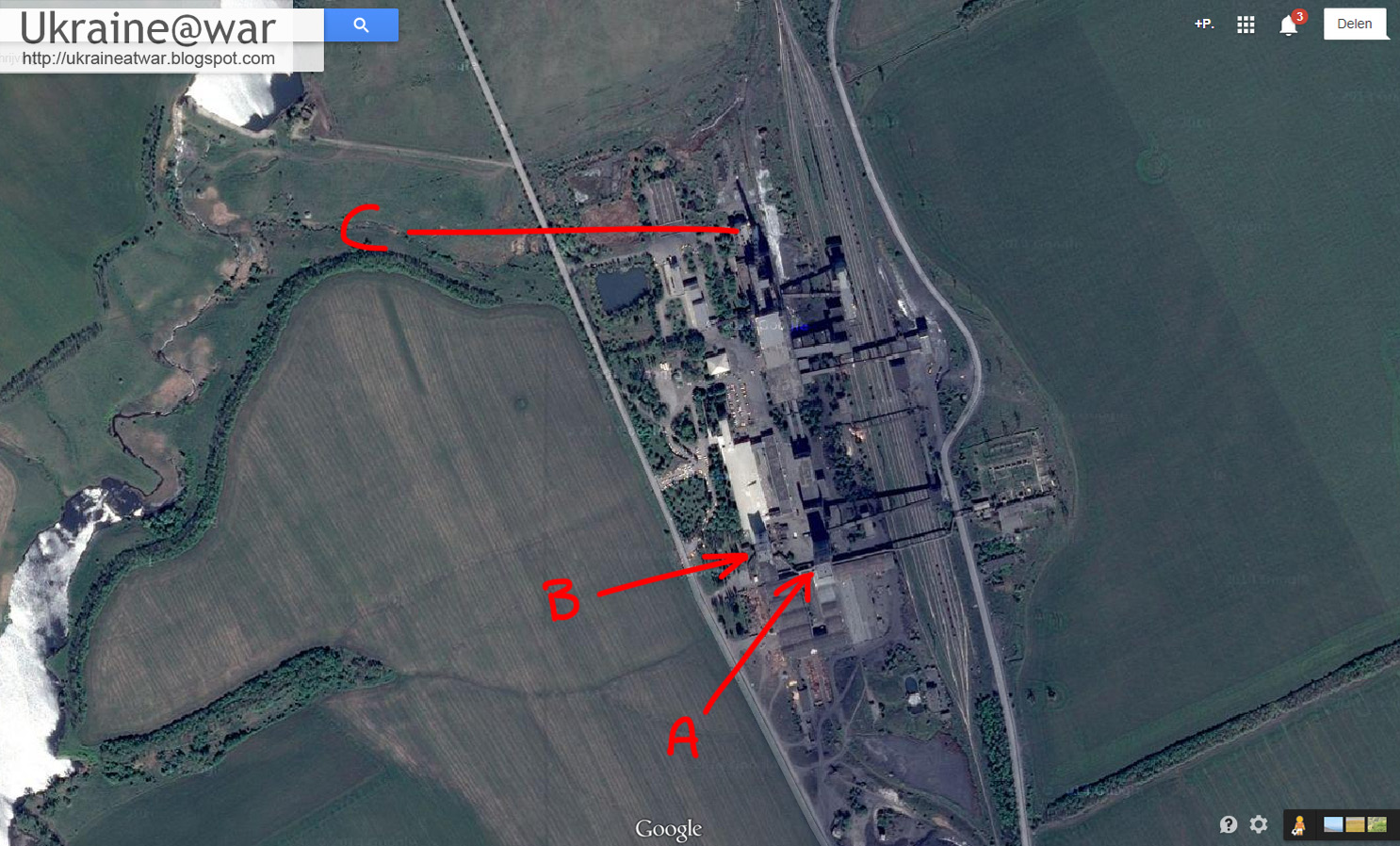 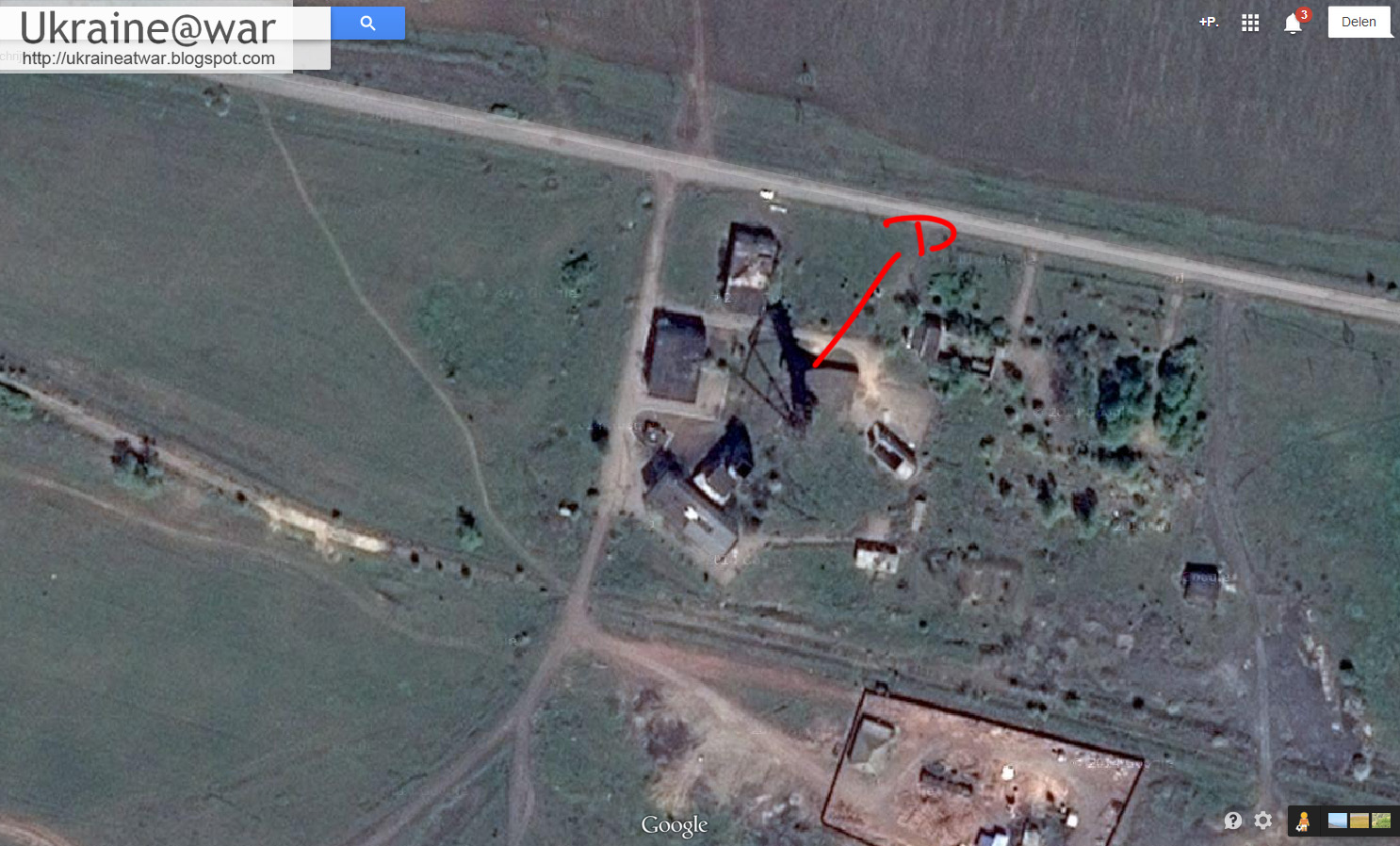 When we draw a line between those two point, we can determine the position of the cameraman: 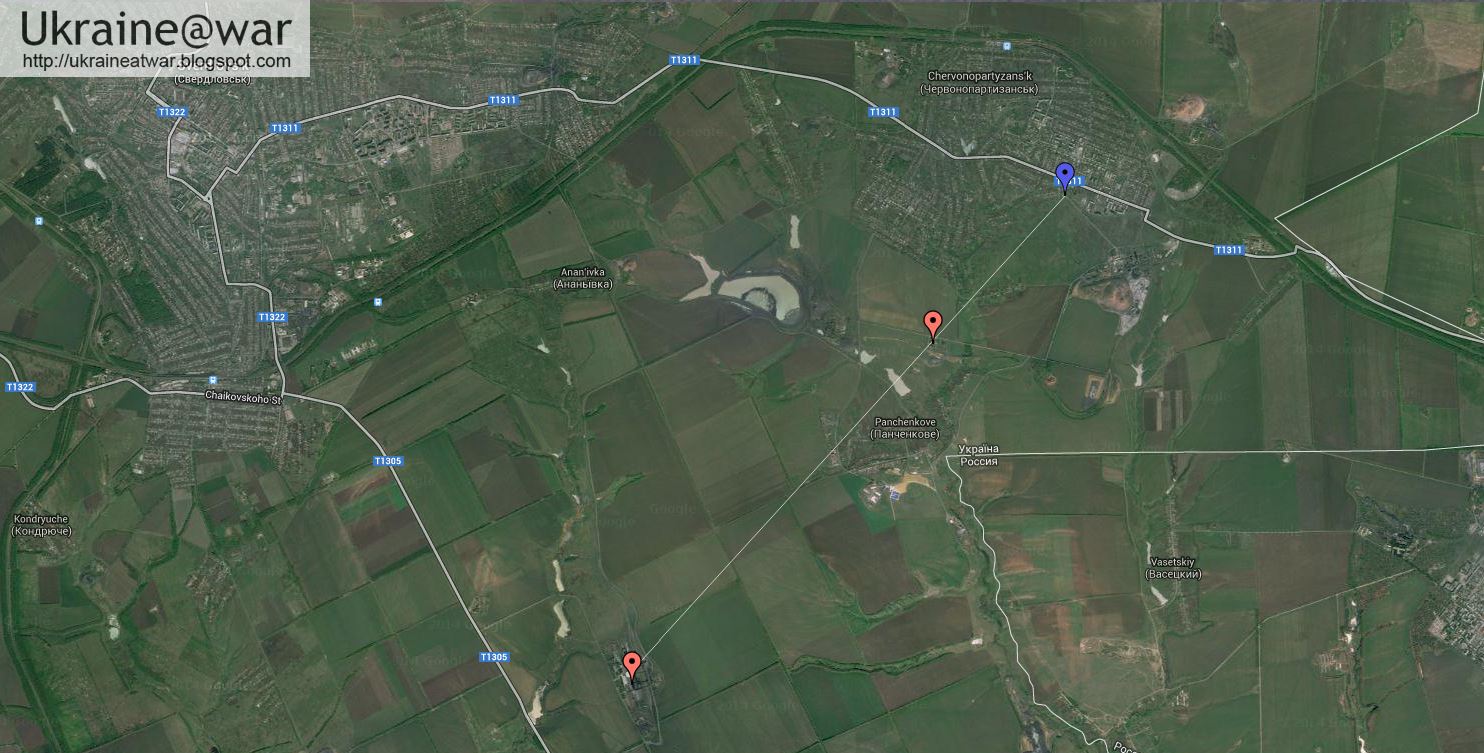 Zoomed in on his position: 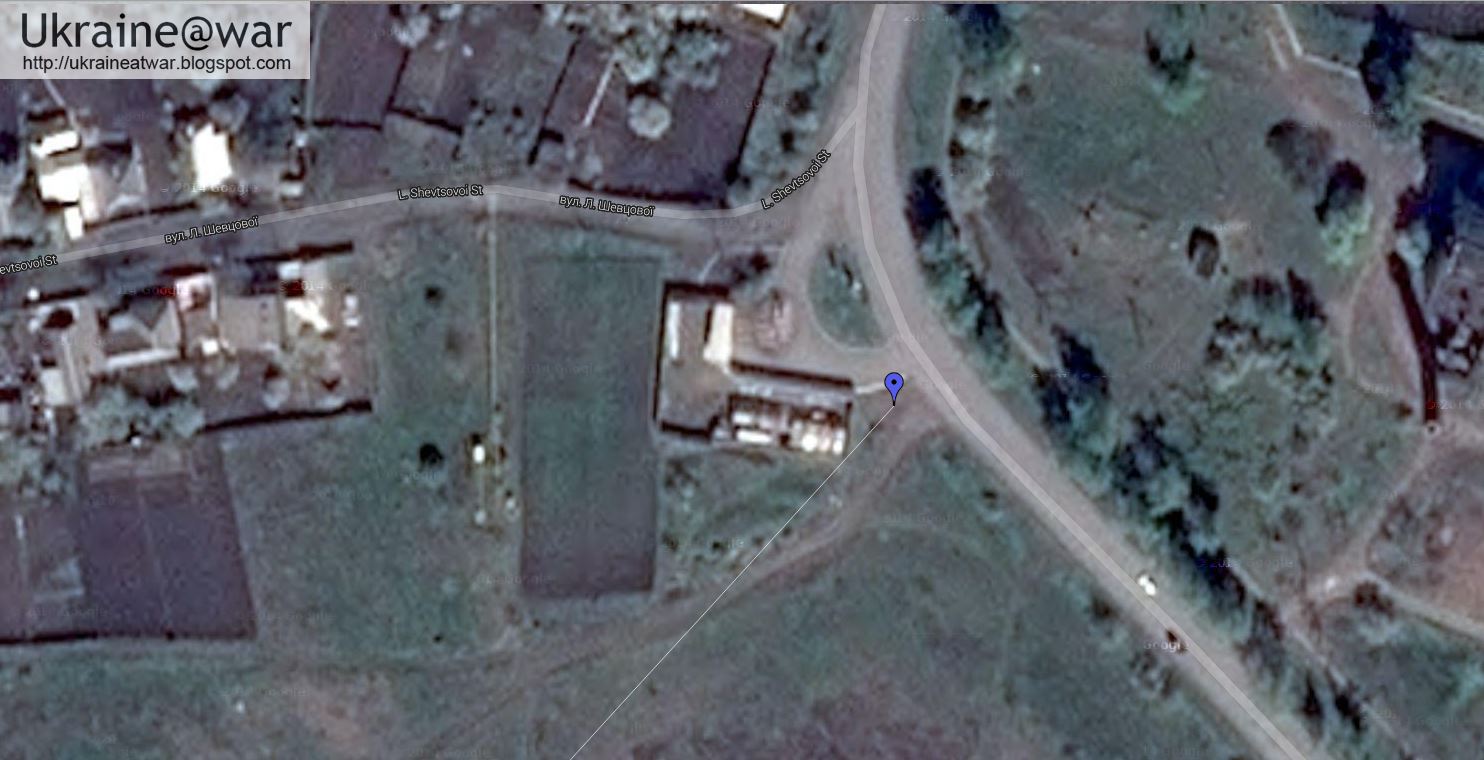 This corresponds with the opening screenshot where we can see a little part of a building on the right: 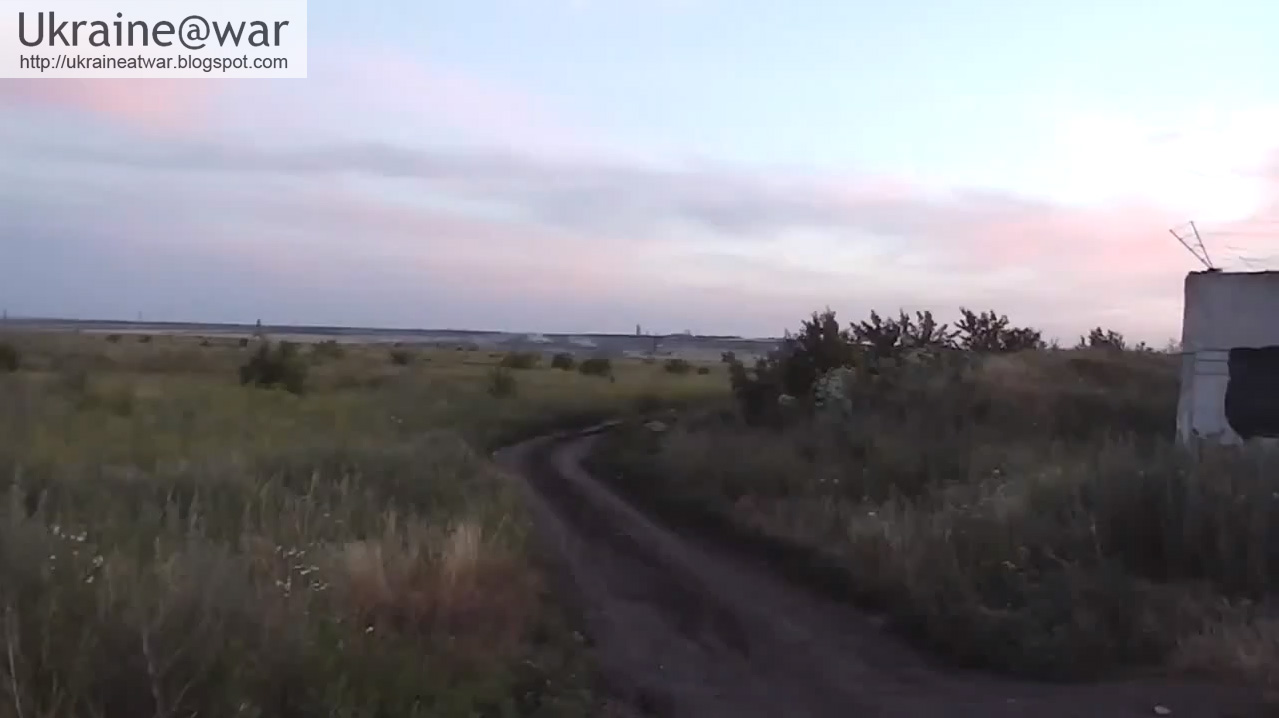 We can see several vehicles on a road: 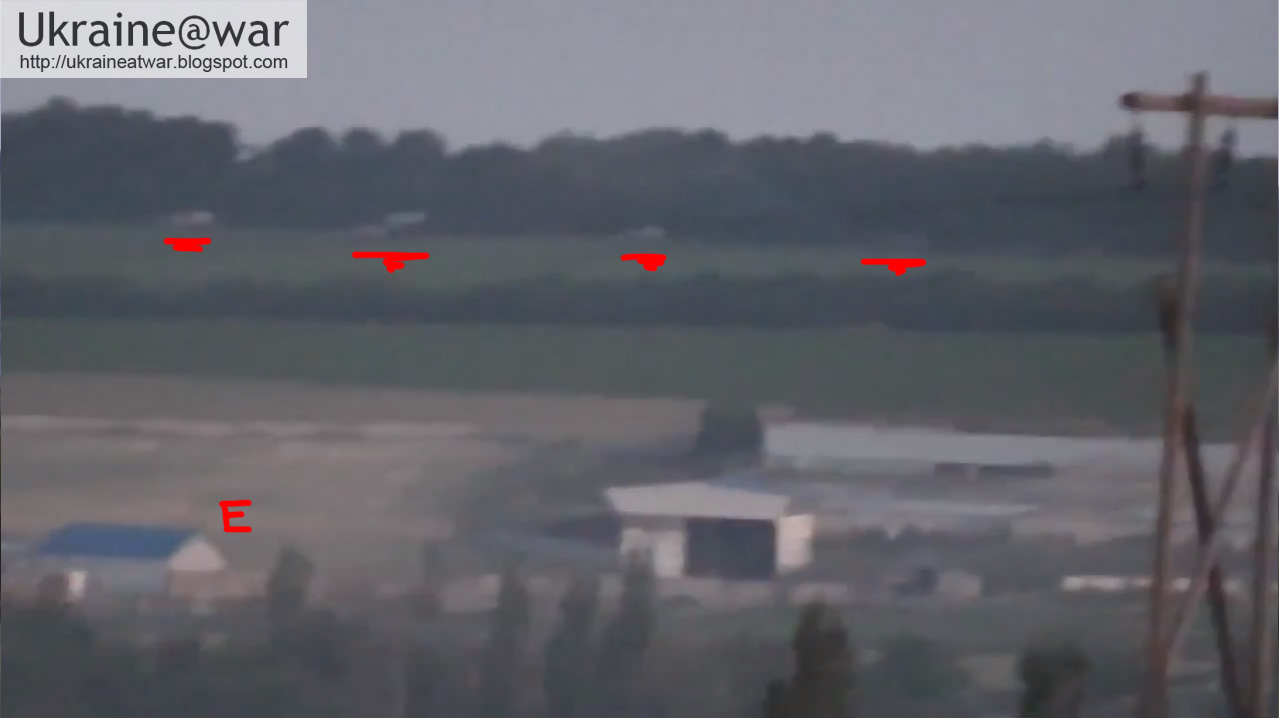 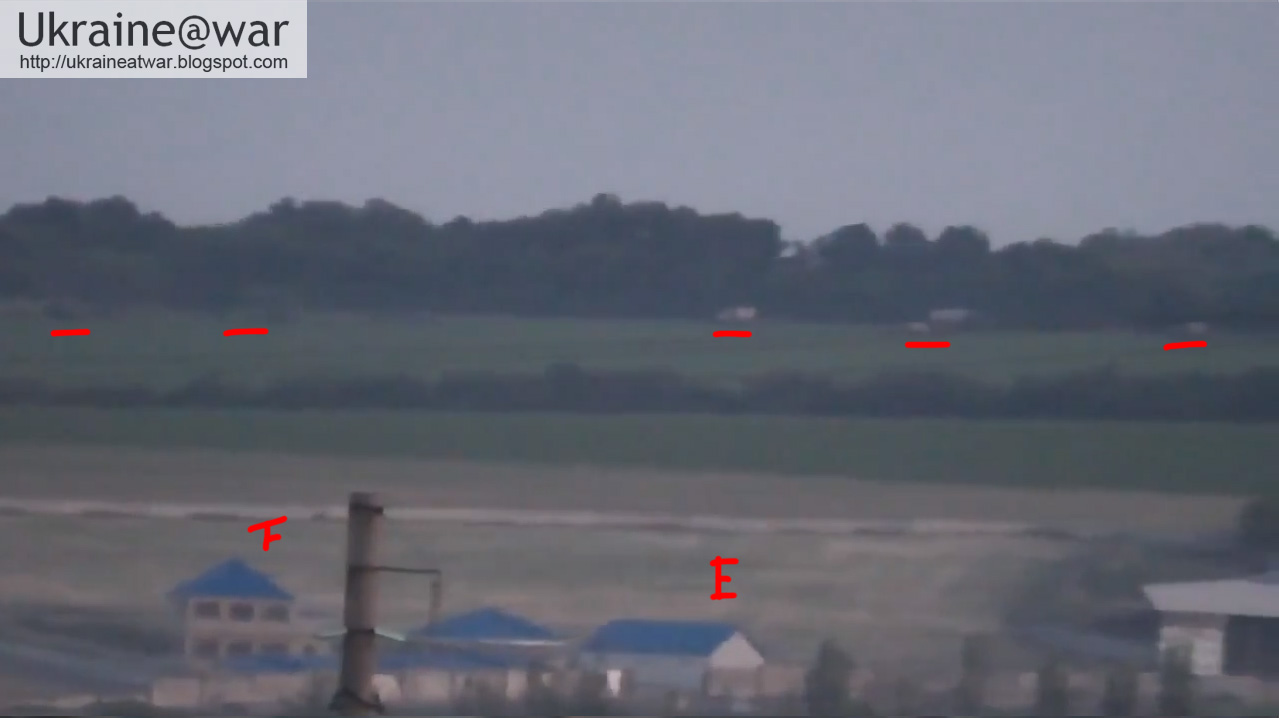 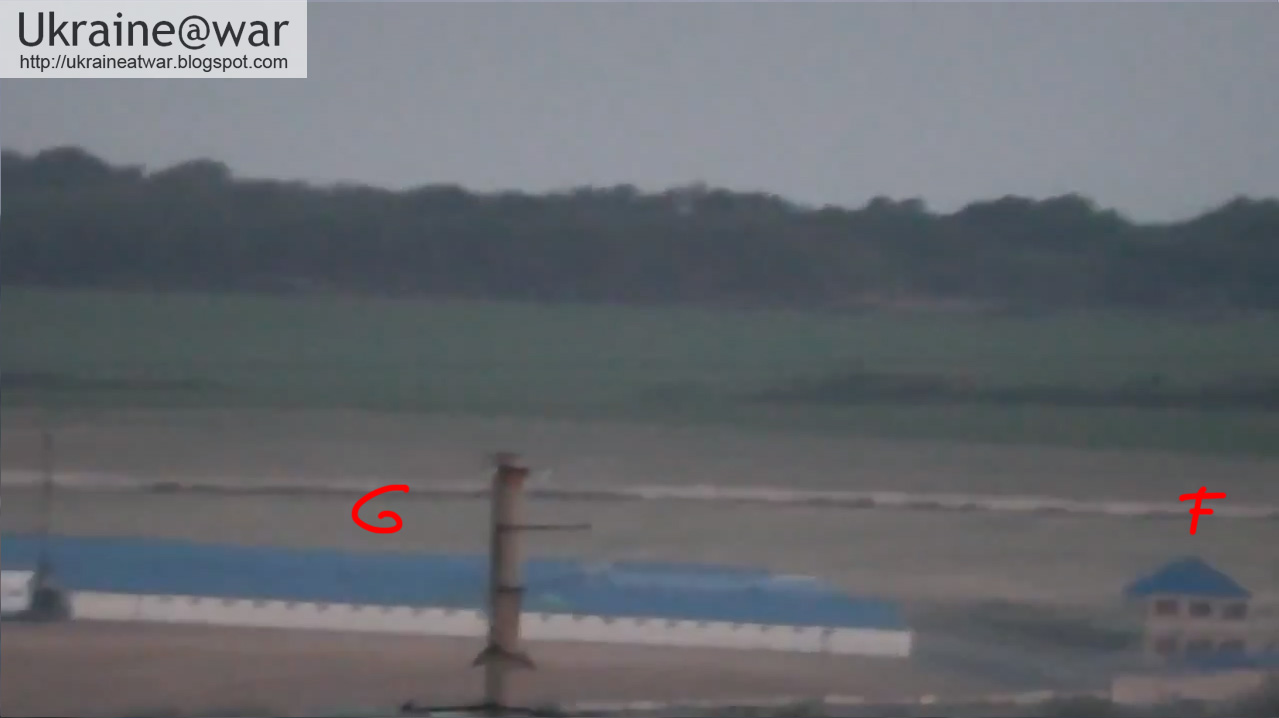 The blue buildings can be seen here on the map: 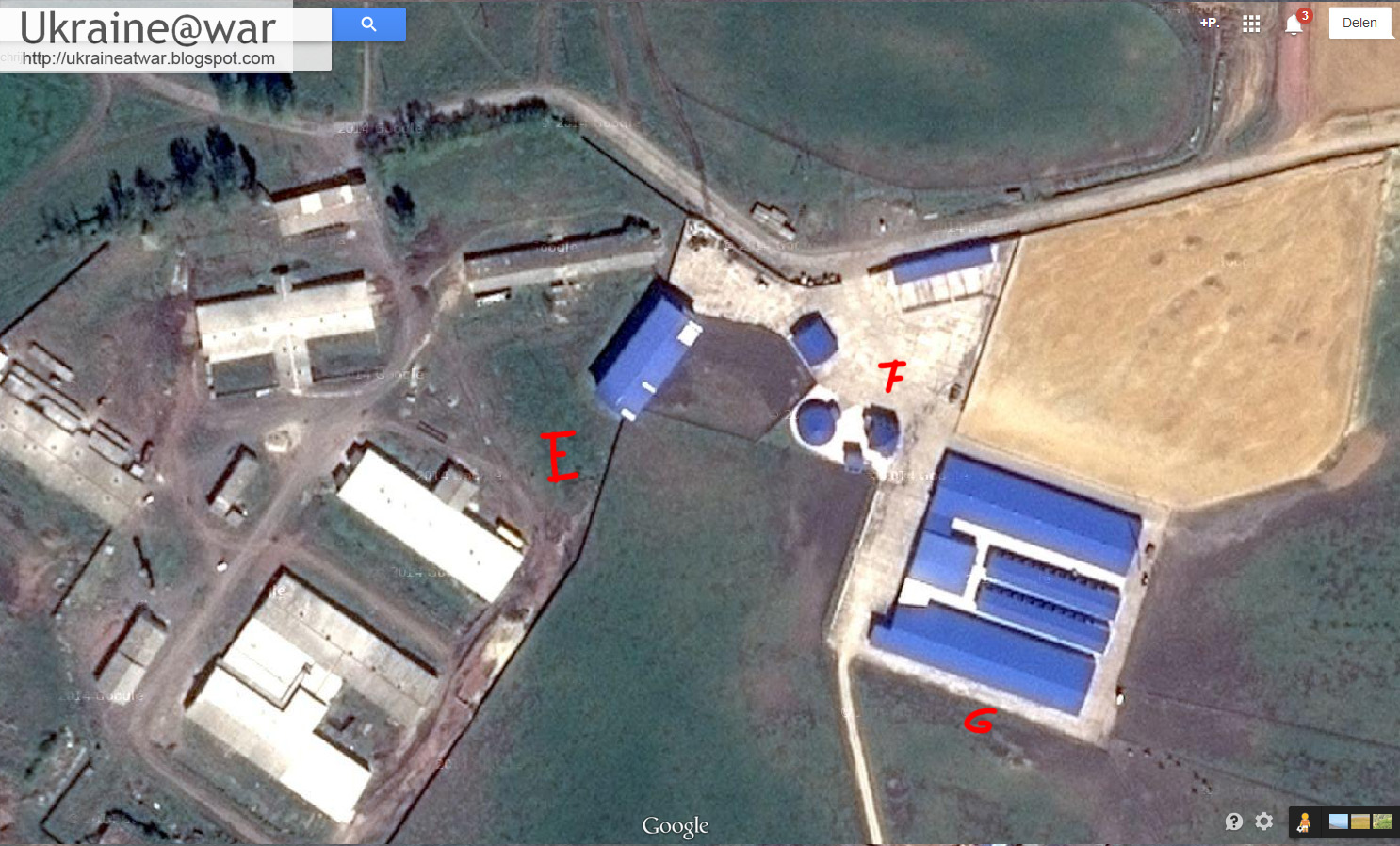 On several locations in Cherevkovka smoke can be seen, where fighting is going on: 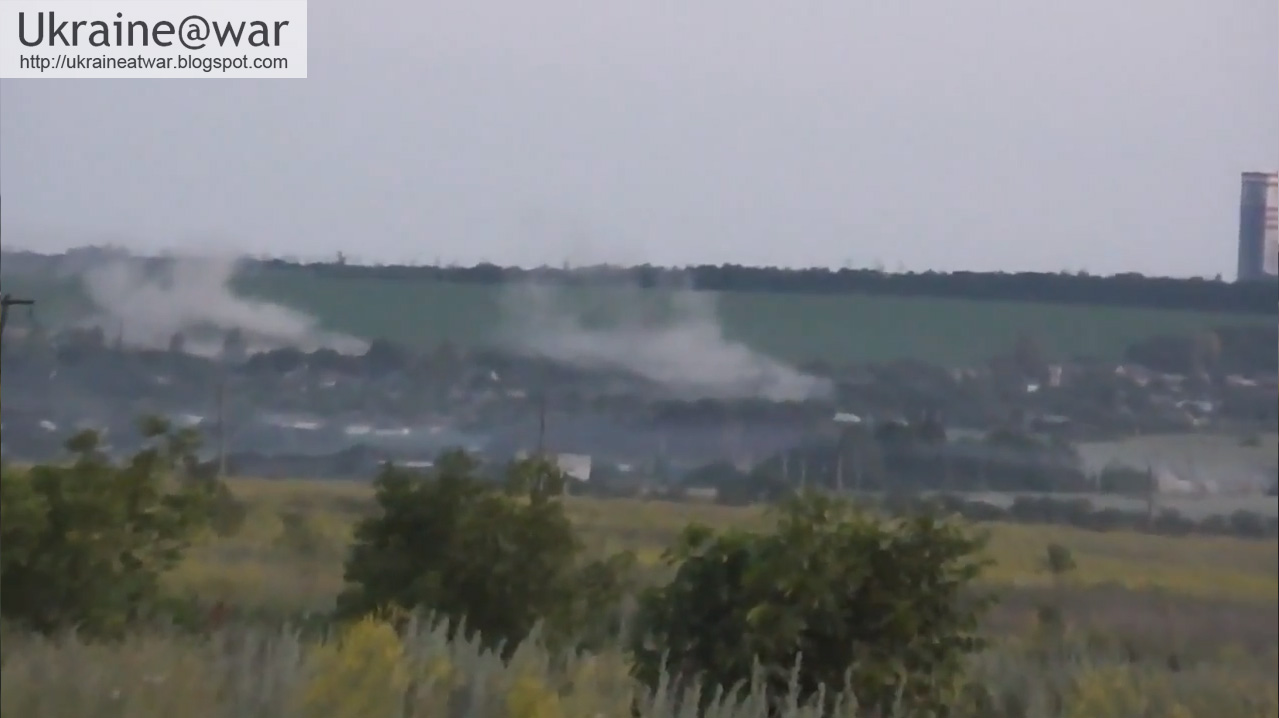 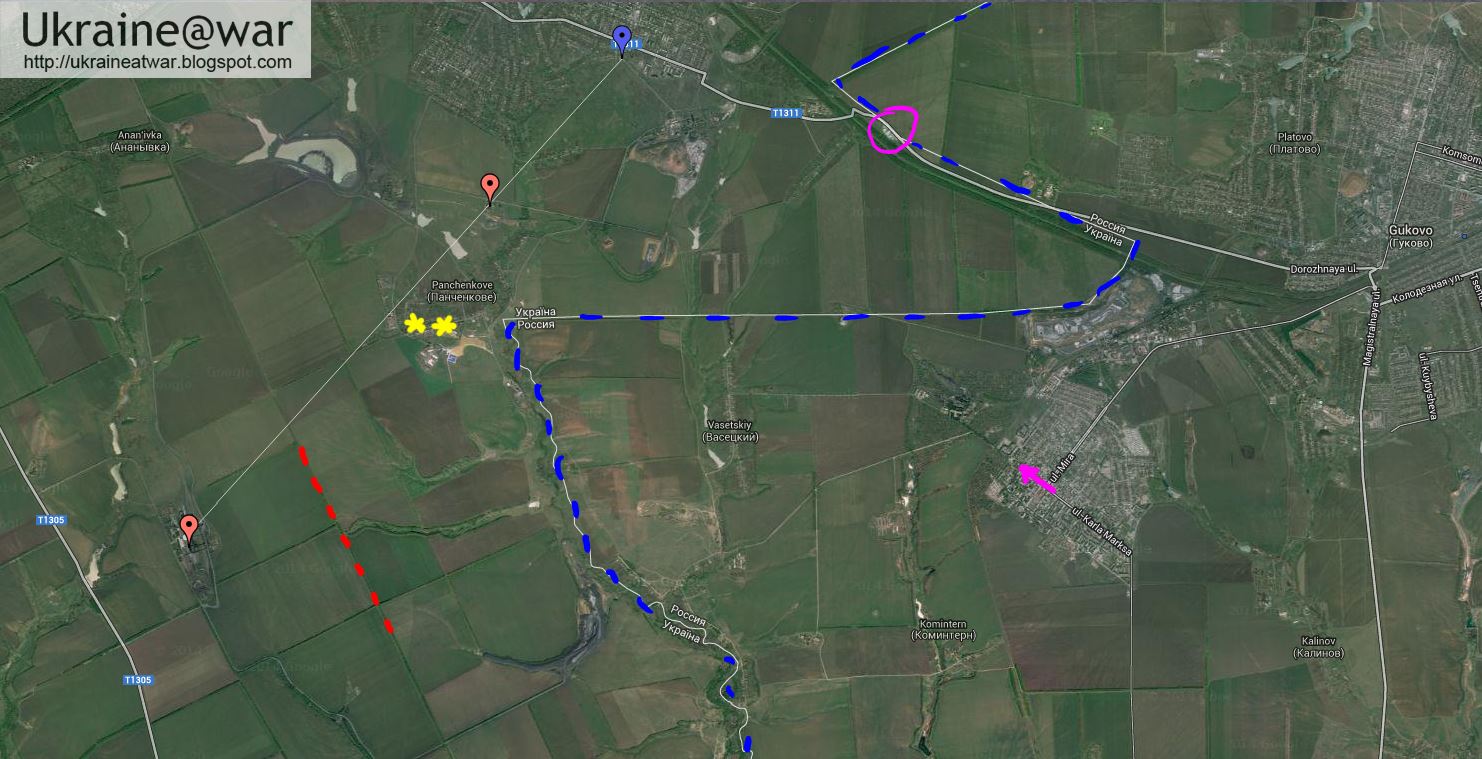 
Scenario:
The Ukrainian army is making a lot of progress with securing the borders. When a column of their army is reaching Chervonopartyzansk, it means they had already retaken Dyakove and Dolzhanskyi, as shown in this situation map: 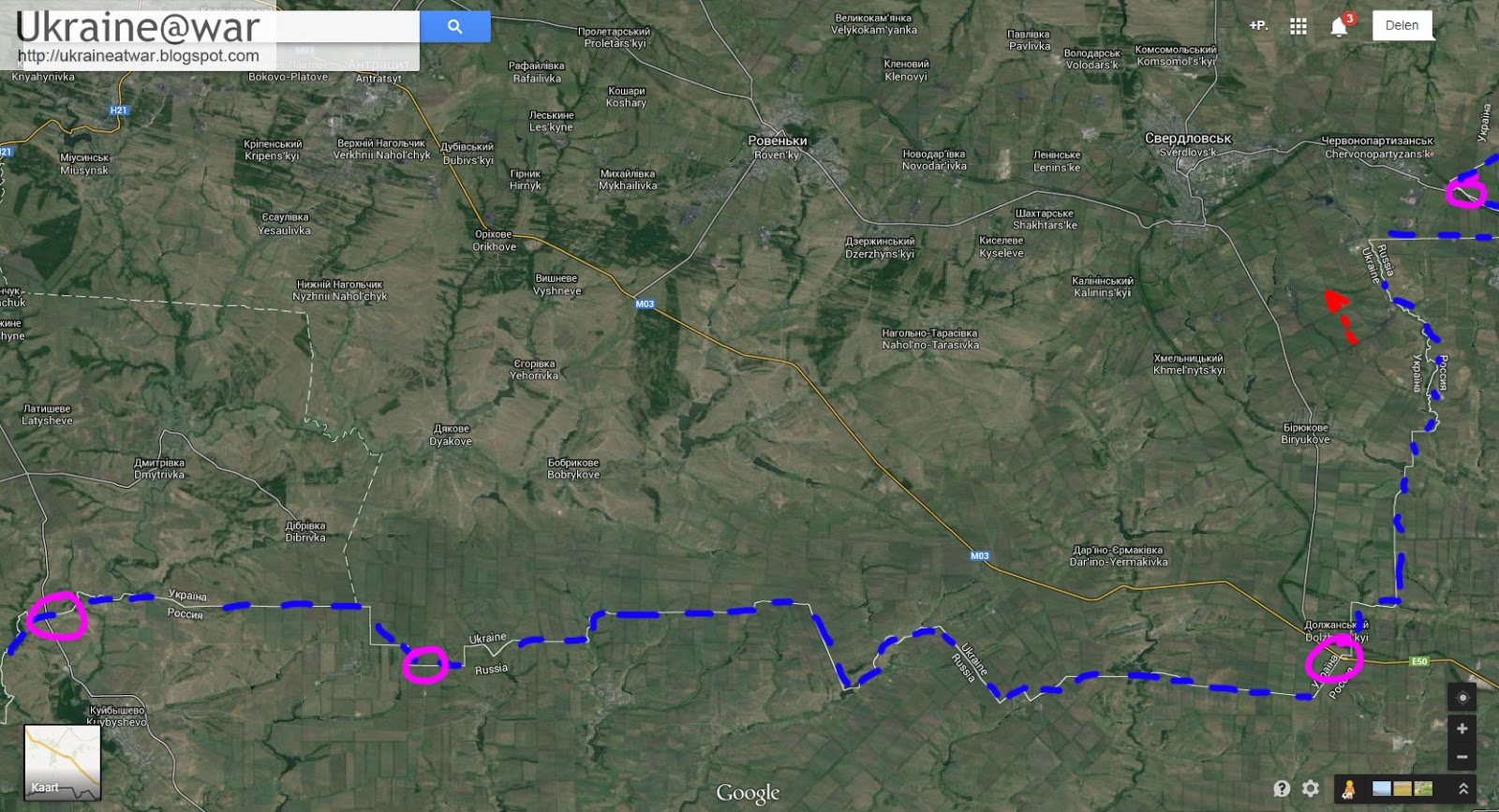 It also explains why Russian armor is also close to the border at Gukovo. Either as a precaution to prevent Ukraine from crossing the border with Russia. Or at a certain point they might want to join in and fire across the border?


Here is another video shot from a similar position and somewhat later: