Why did the 200 Russian vehicles not cross the border yet?

ATO is definitely putting more pressure on the Russians in Ukraine than ever before.

From the North towards Lugansk and from the South towards Snizhne they are working on regaining control over the border crossings.
First goal must be to close the borders.

Meanwhile they also step up in Kramatorsk and Slovyansk in the West side.

To my knowledge, officially the border crossing at Izvaryne is still in control by Ukrainians. 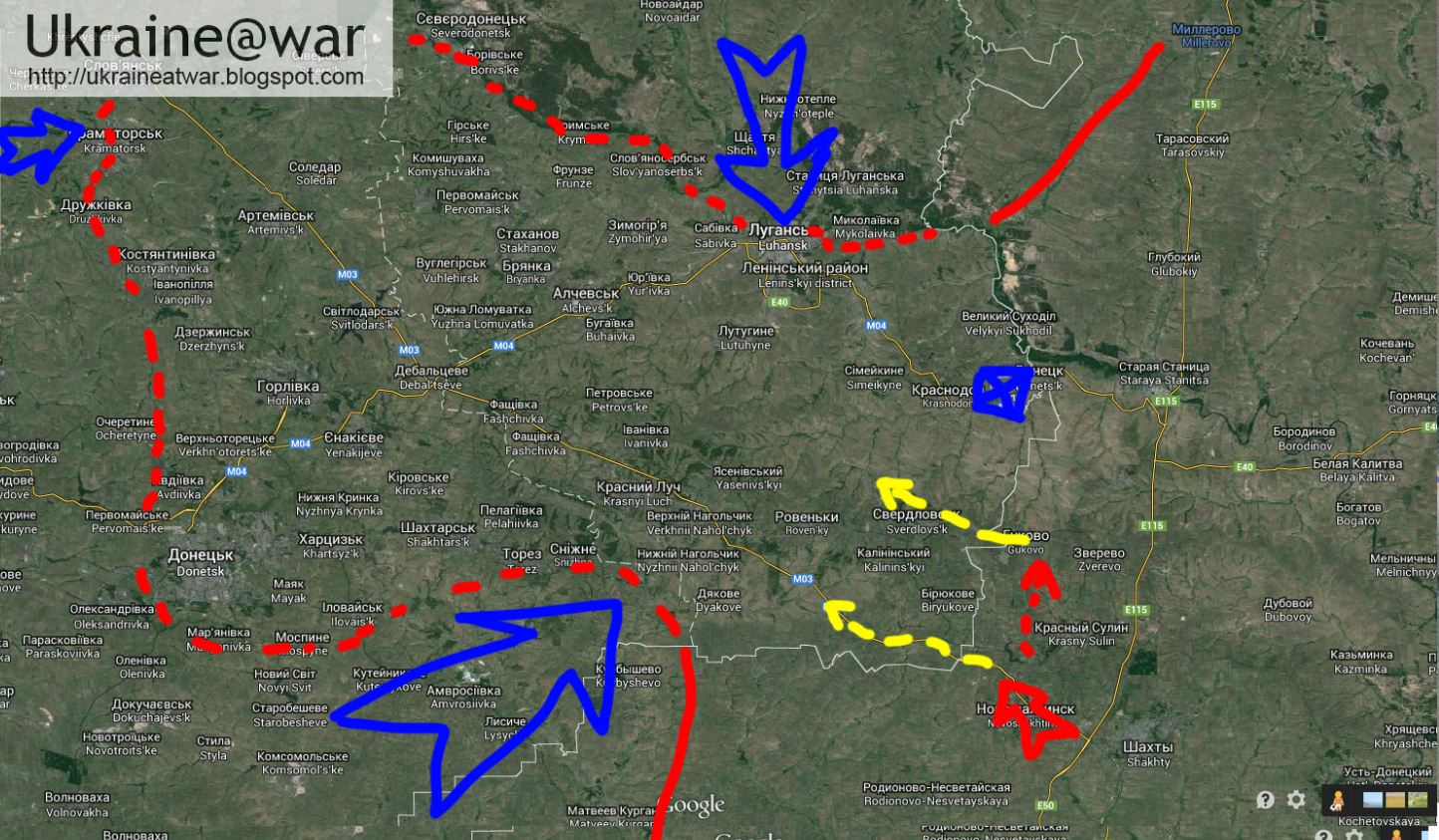 Since most of the vehicles in the Russian columns close to the Ukrainian border did not look like an attack force, but more like a support group, it would be too dangerous for them to take the southern entrance and risking immediate attack, IF the Ukrainians would be able to push through.

One entrance more to the North is Chervonopartizansk. Probably it is more safe to enter there.

But it is also possible that they will have need to come with more fire power first now Ukraine is talking business.


Also see: Ukraine is throwing in the big stuff
Also see Up to 200 Russian army vehicles are about to cross the border with Ukraine
Also see: the situation at the border crossings.


Another map of the current situation:

(If you have additions or see eroors, please let me know)
Posted by Ukraine@war at 2:03 PM