On June 5th the border post near Marinovka has been attacked. 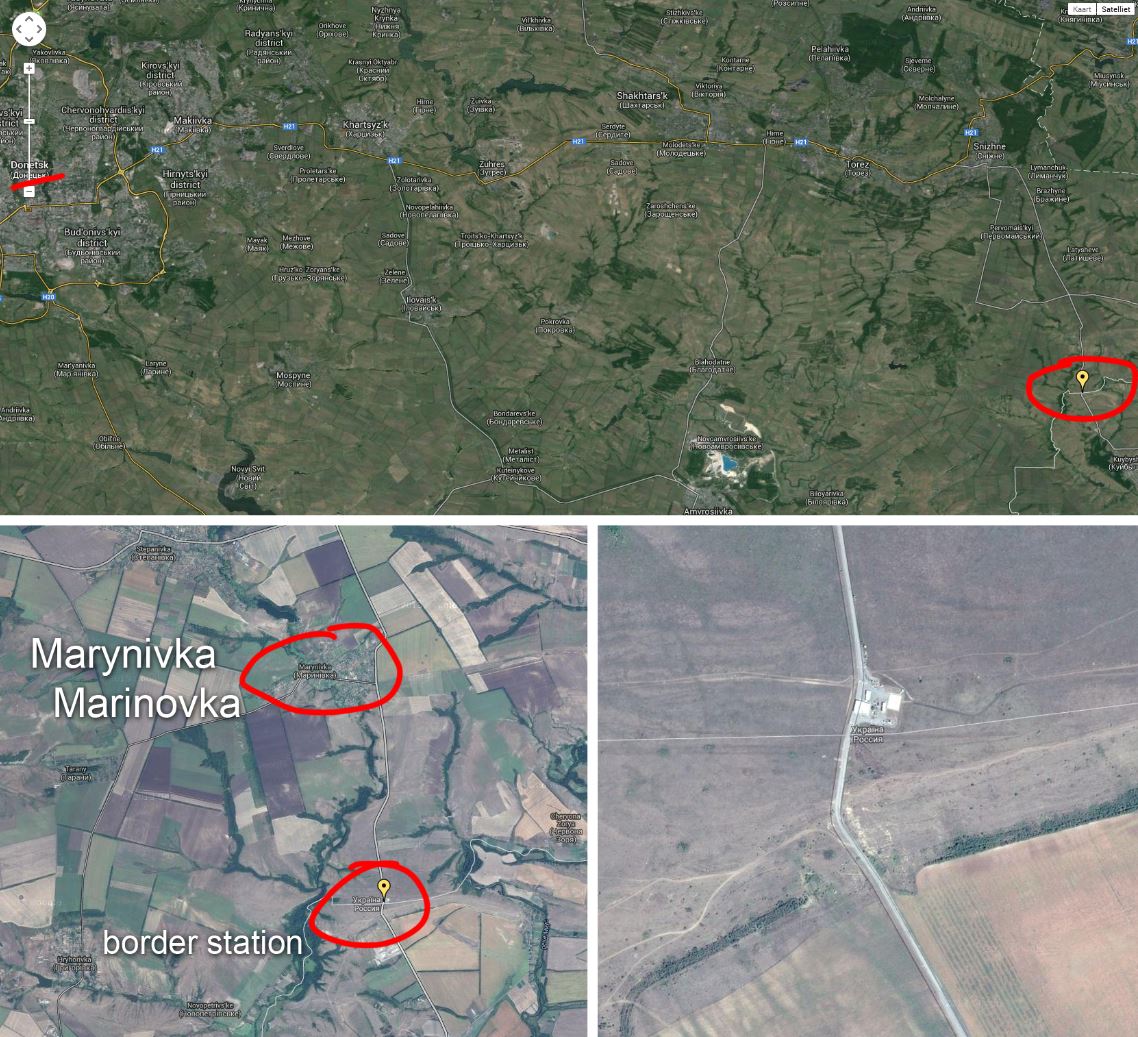 Here a convoy can be seen in the city Torez (Ukraine) heading towards that border post:

Here is another video of that convoy:


I ID-ed the destroyed vehicles! They came via #Torez in #Donetsk yesterday. So it's an Ukrainian BTR. pic.twitter.com/OlmGxte60s
— ConflictReporter (@MiddleEast_BRK) June 6, 2014

@djp3tros checked the dark BTR plus the Ural with the steel plate on its engine. Plus time/path fits. They left Donetsk and passed Torez.
— ConflictReporter (@MiddleEast_BRK) June 6, 2014

This is the approximate route they took: 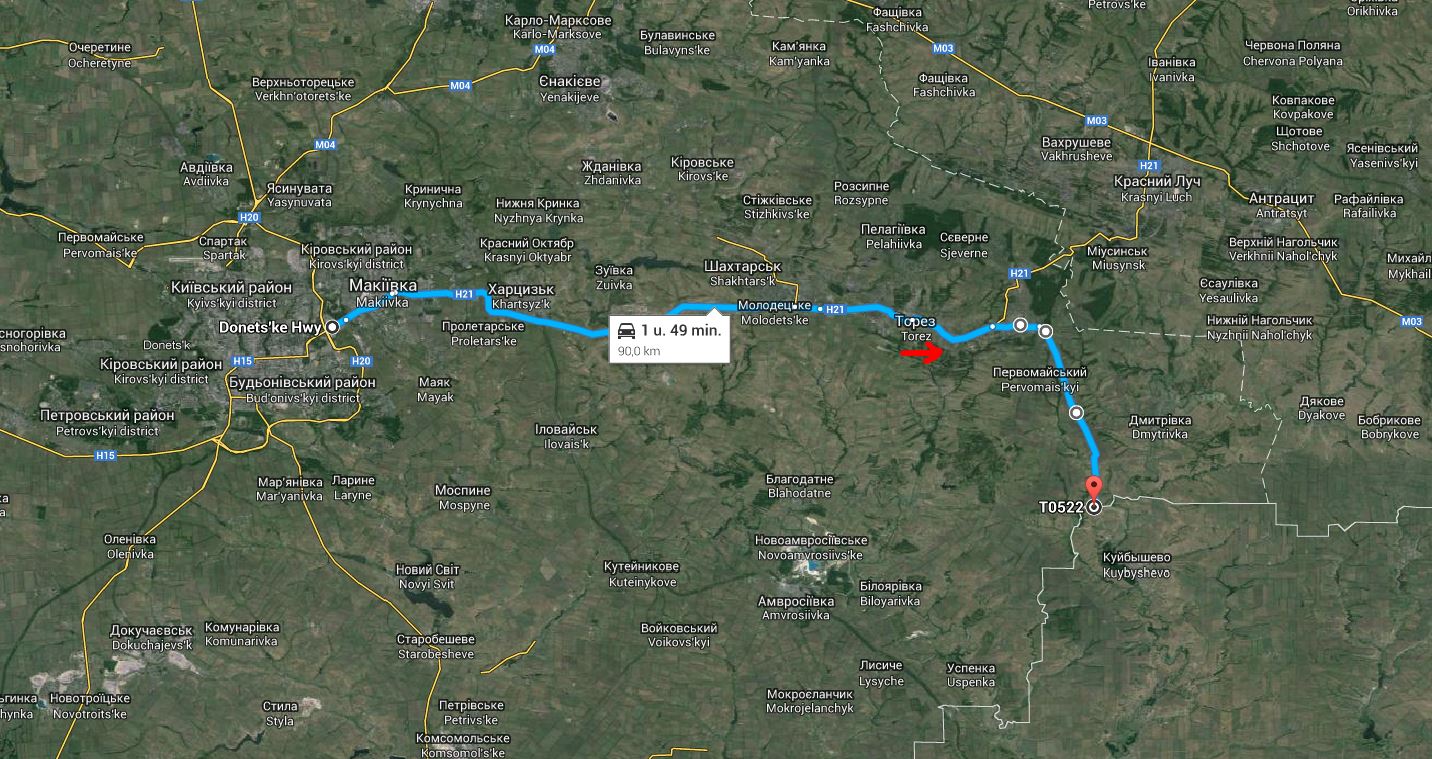 Aftermath seen from Russian side:

On a the map:
Note that the BTR and the truck are on the Russian side of the border, but it probably does not mean much. They were attacking it from all/different sides of course.

Likely scenario:
In a attempt to takeover another border post (Deakovo is already lost), Vostok battalion wants to gain even more free access to Ukraine from Russia. They came from the Donetsk region but faced determined border guards and could not cope with the air support. They failed.
It is unclear (to me at the moment) whether troops from the Russian side were also involved. But the message is clear anyway: they want free access.

For the moment the attacked failed, but the question is how long they can hold on when sustained attacks keep coming.

Also see how the Border Guard HQ in Lugansk has already been taken over.
Also see: all the photos the border guards took from after the battle.
Posted by Ukraine@war at 5:45 AM