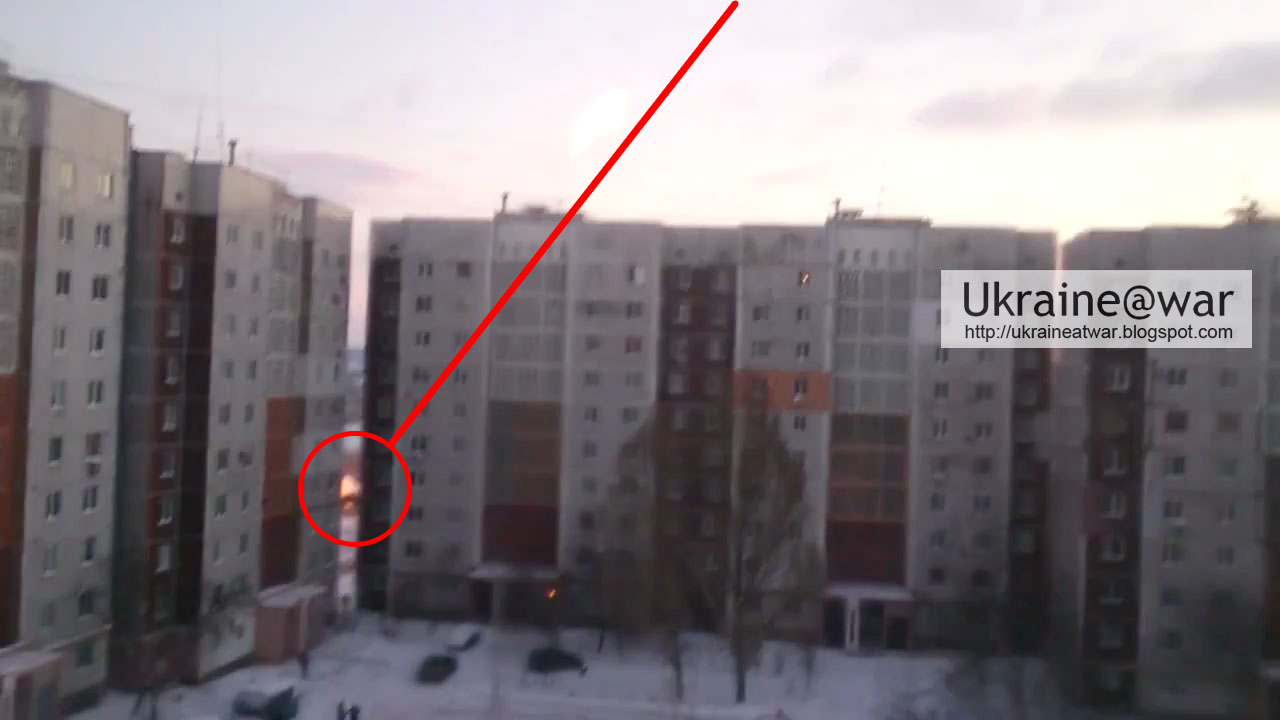 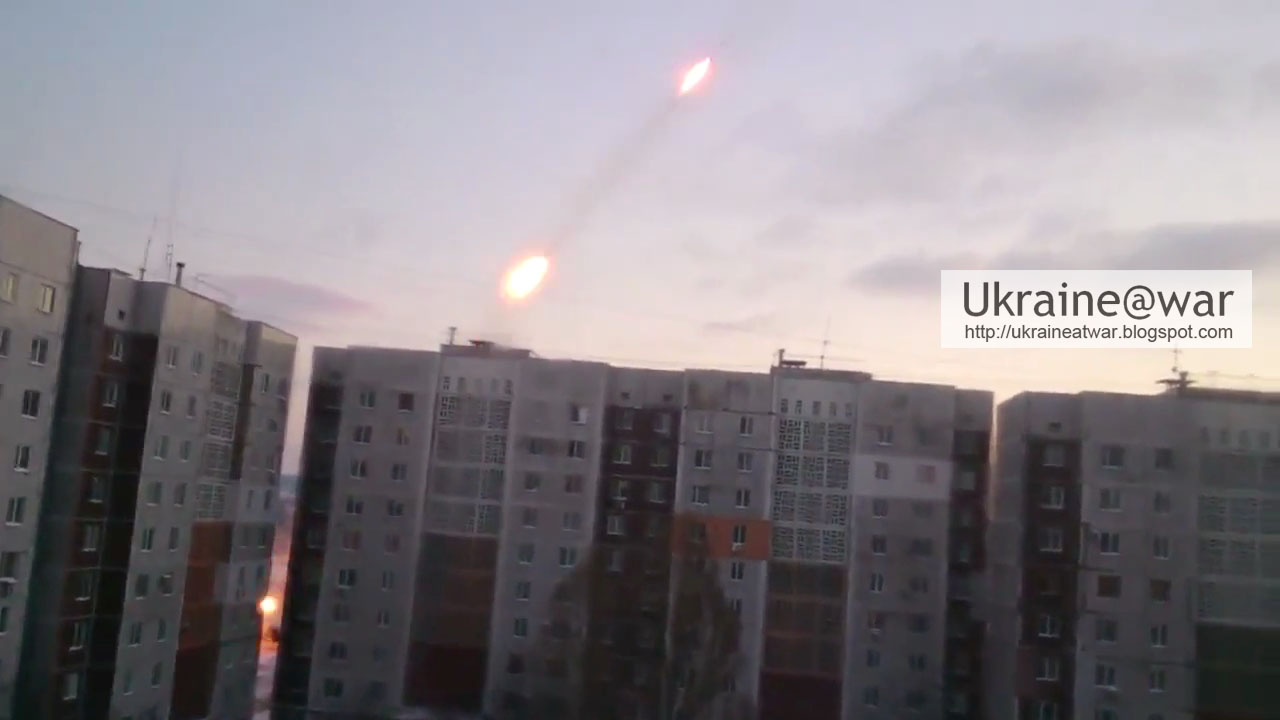 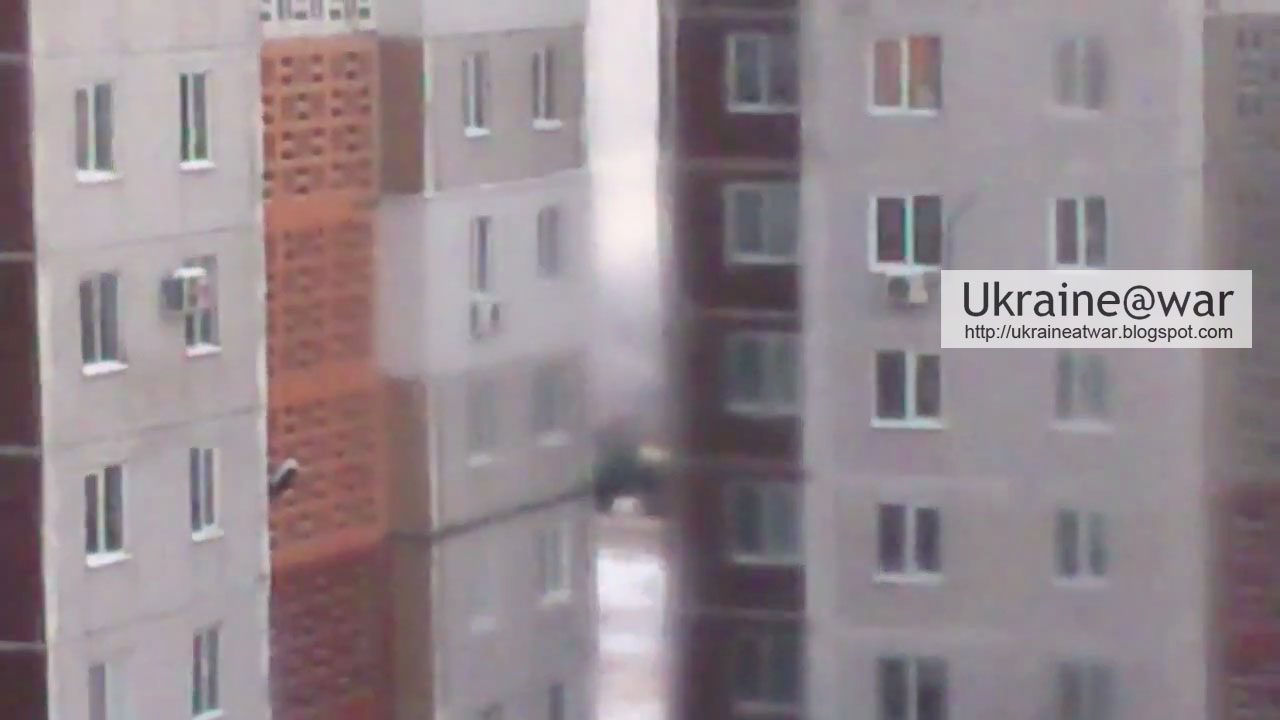 The location can be found here: 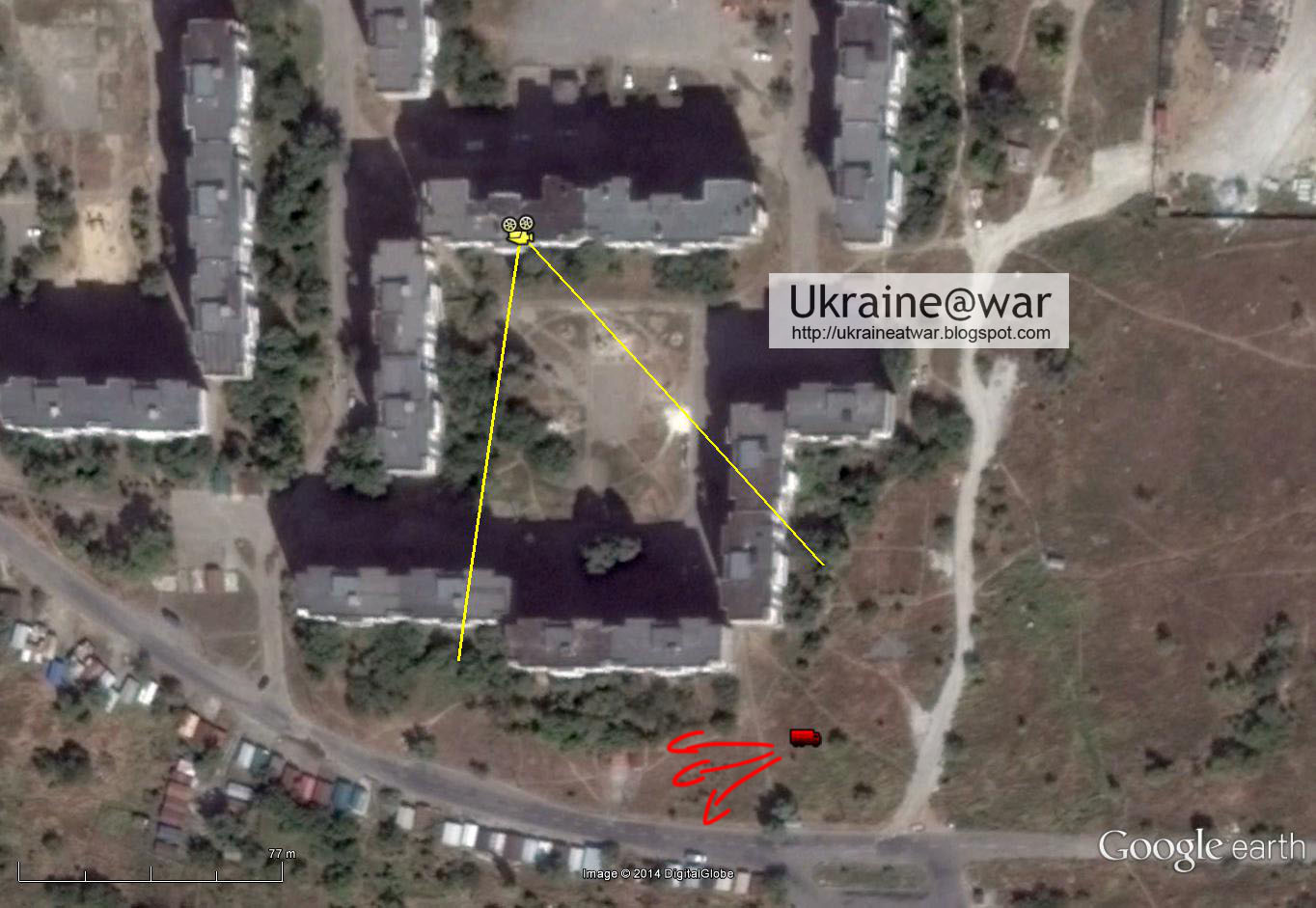 Firing that close to residential buildings is a warcrime, because it means that when the Ukrainians return fire, these buildings will get hit.
It is clear that people are living there, such as the cameraman.

Take note: most of the people living there are Russian-speaking!!! Russia started this war with the excuse that these Russian-speaking people needed protection. Firing this close to quarters where Russian-speaking people live, shows that Russia does not care about them AT ALL
The reason they are doing this is because they WANT a humanitarian disaster in Ukraine.Ukraine tries to break away from the suffocating grip that Russia has on the country. Russias answer is: ÿou don't want to be my vasal-slave-state, that I can continue to plunder together with corrupt presidents? Then we will destroy you!!!!

Also take note that this is not the first time this area has been used for firing GRAD rockets. See this video:

They have been geolocated for Interpretermag.com like this (yellow area): 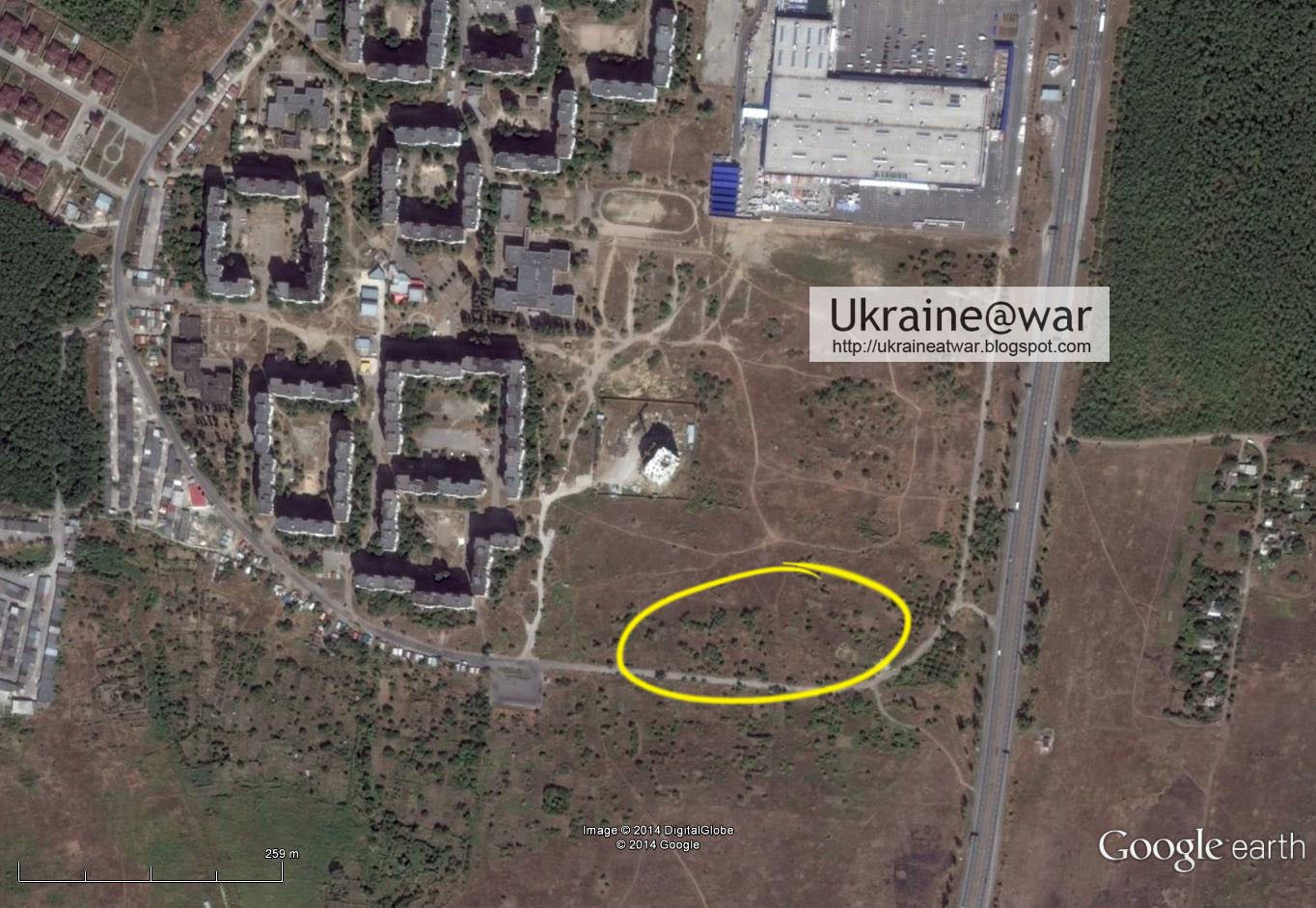 This screenshot shows some garages: 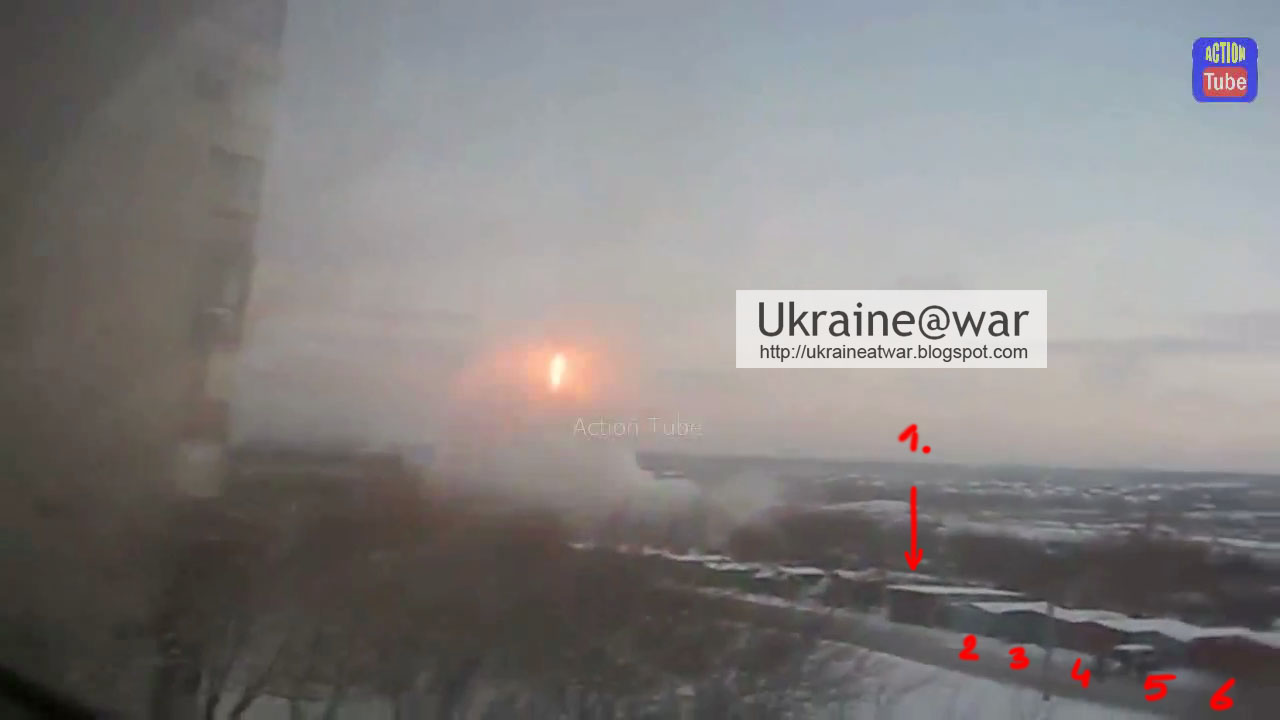 There is ONE square box. They can be corresponded with this Google Streetview position: 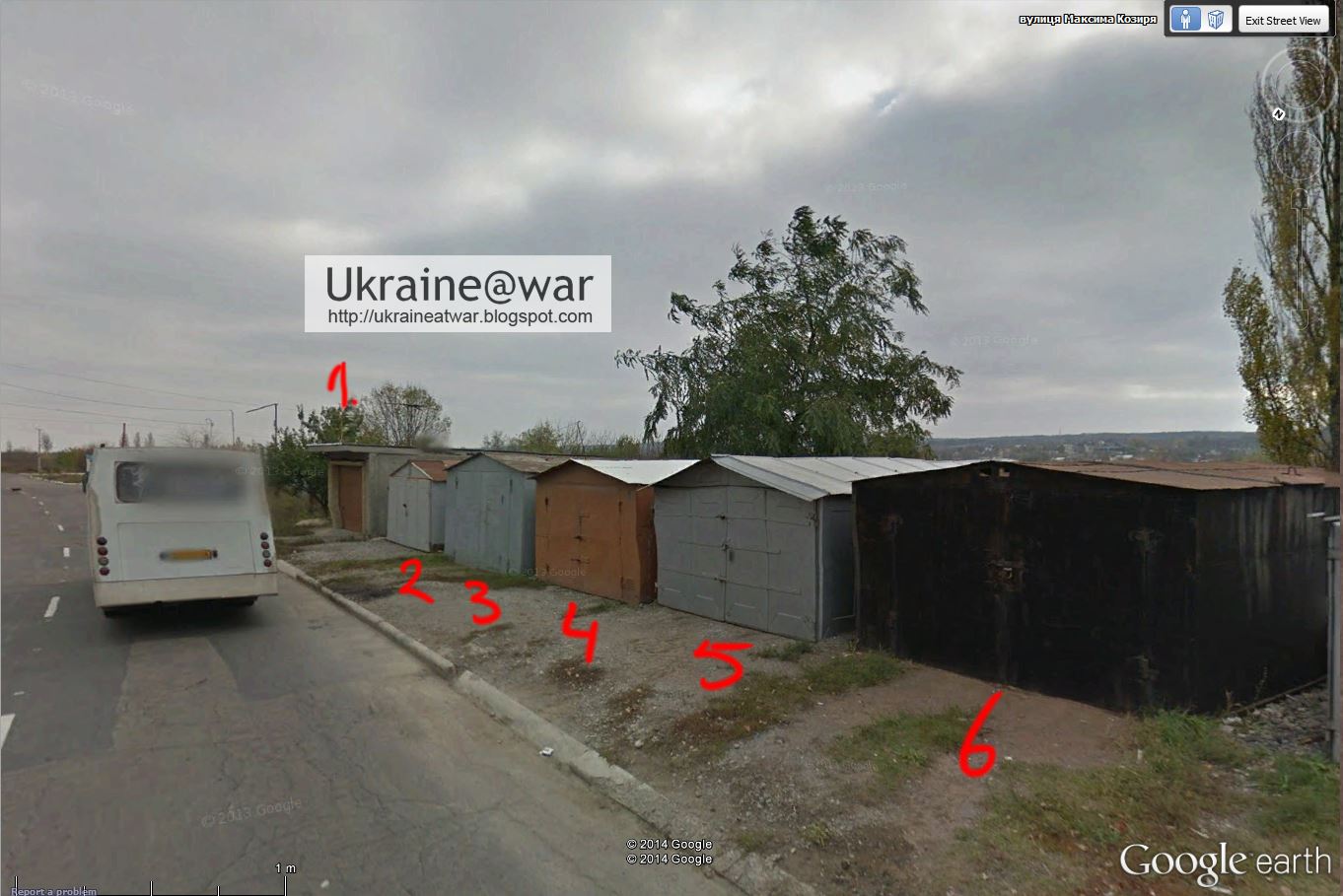 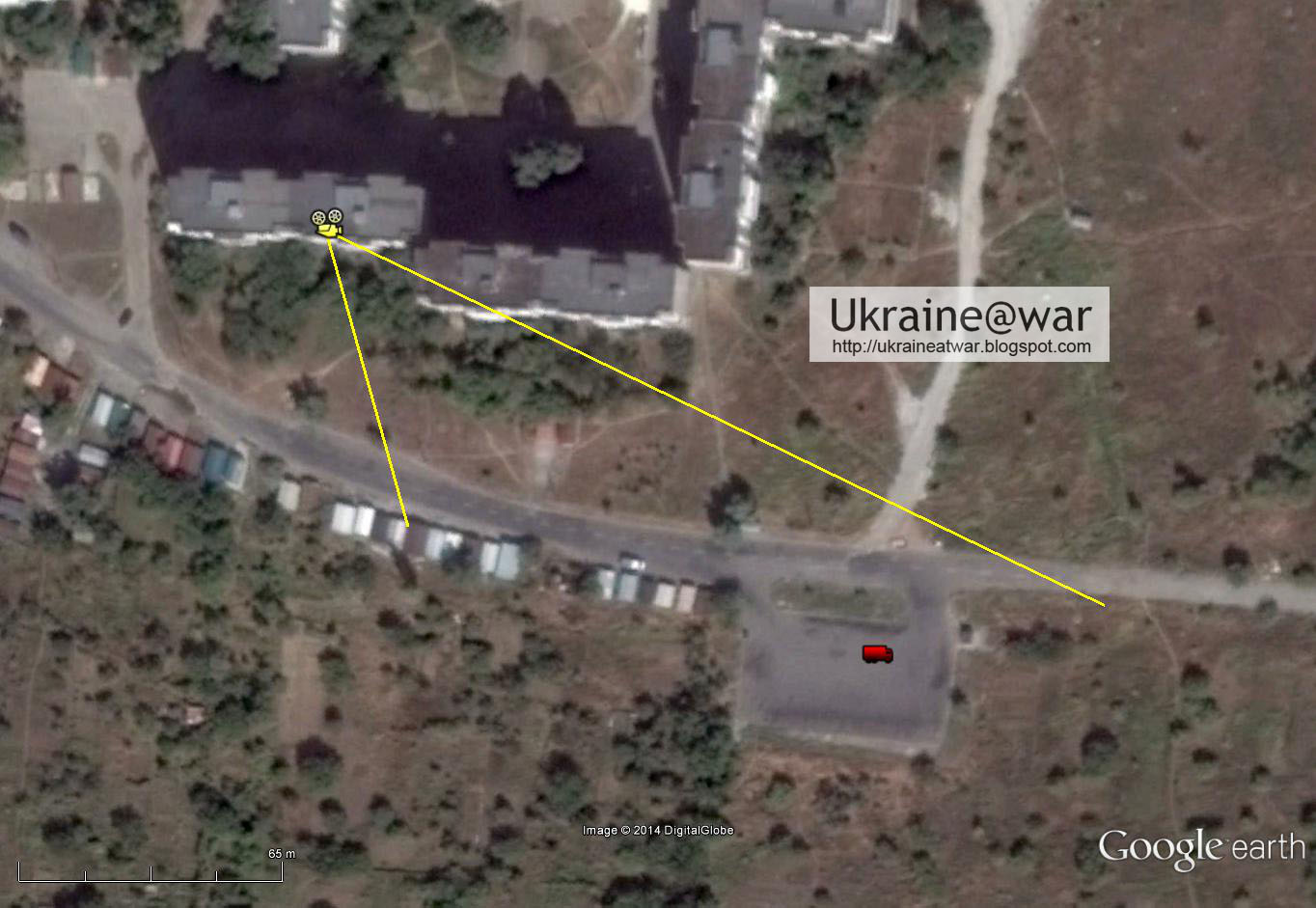 And the GRAD can be located more precise ON the parking lot.

This screenshot shows the rocket trails are perpendicular to the viewer: 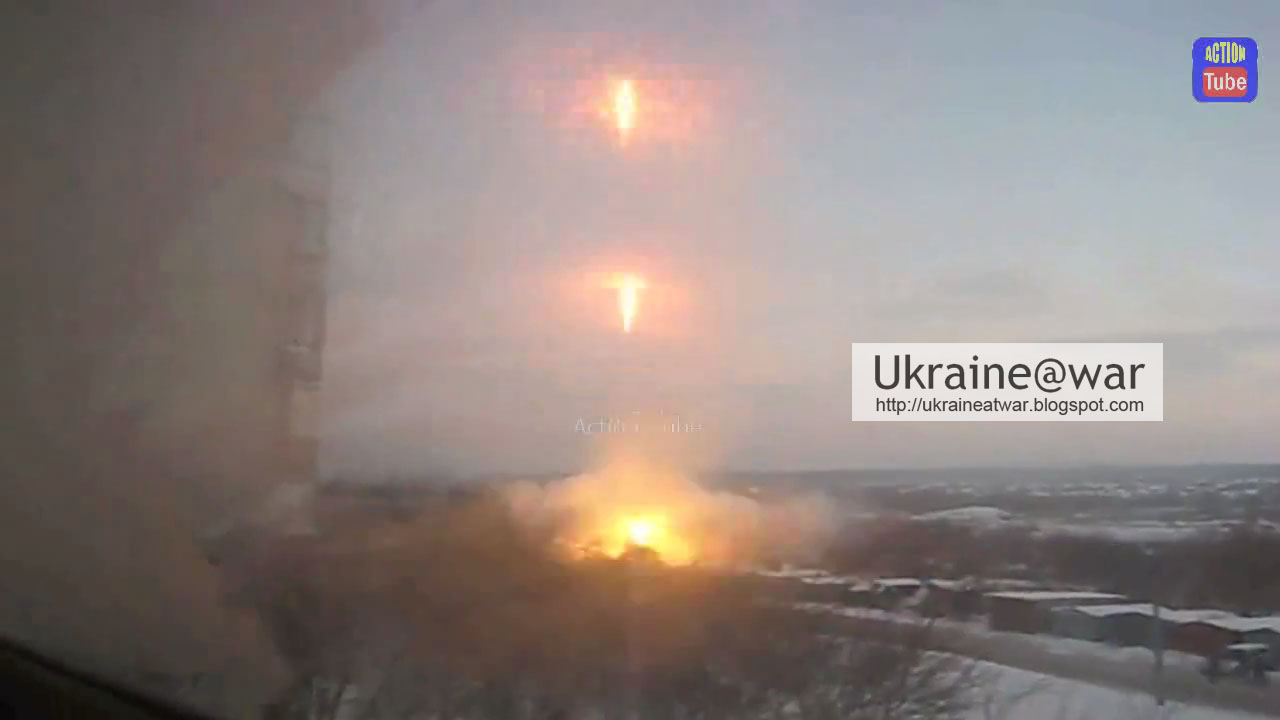 It means they are shot right towards him going over his head: 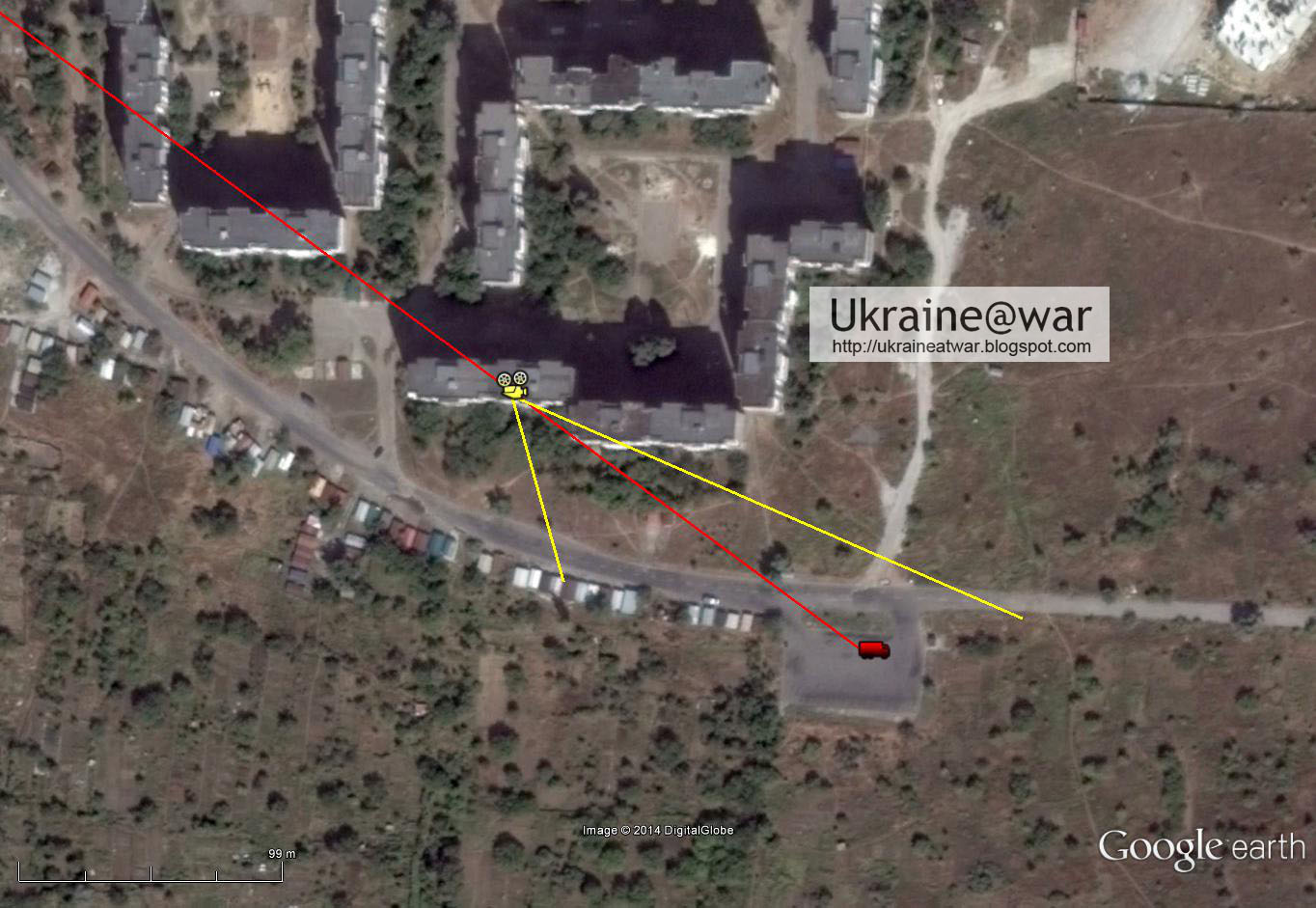 With a 20 km range the area that they could be targeting looks like this: 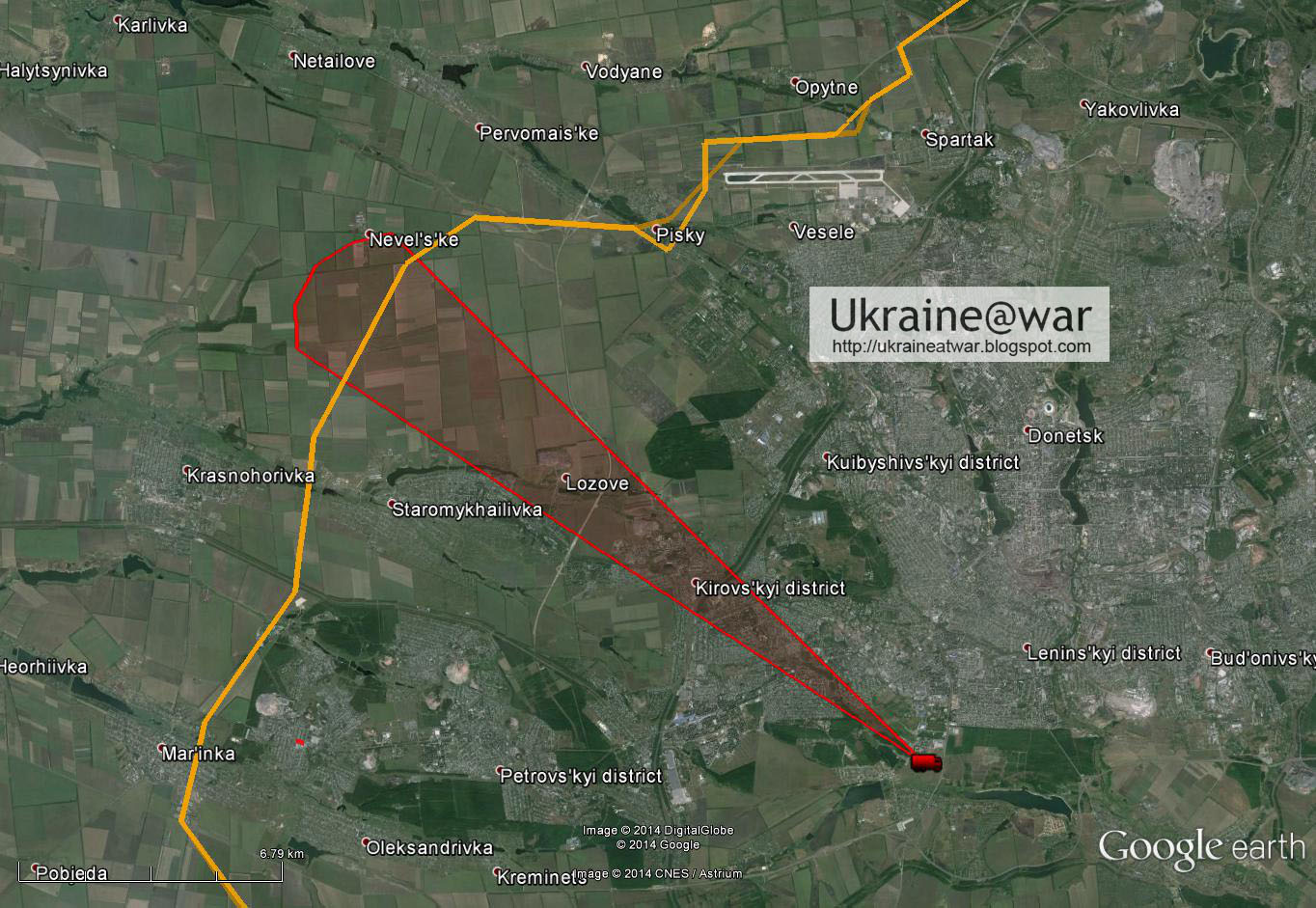 According to the Russian Propaganda Militarymaps there are Ukrainian units in Nevelske: 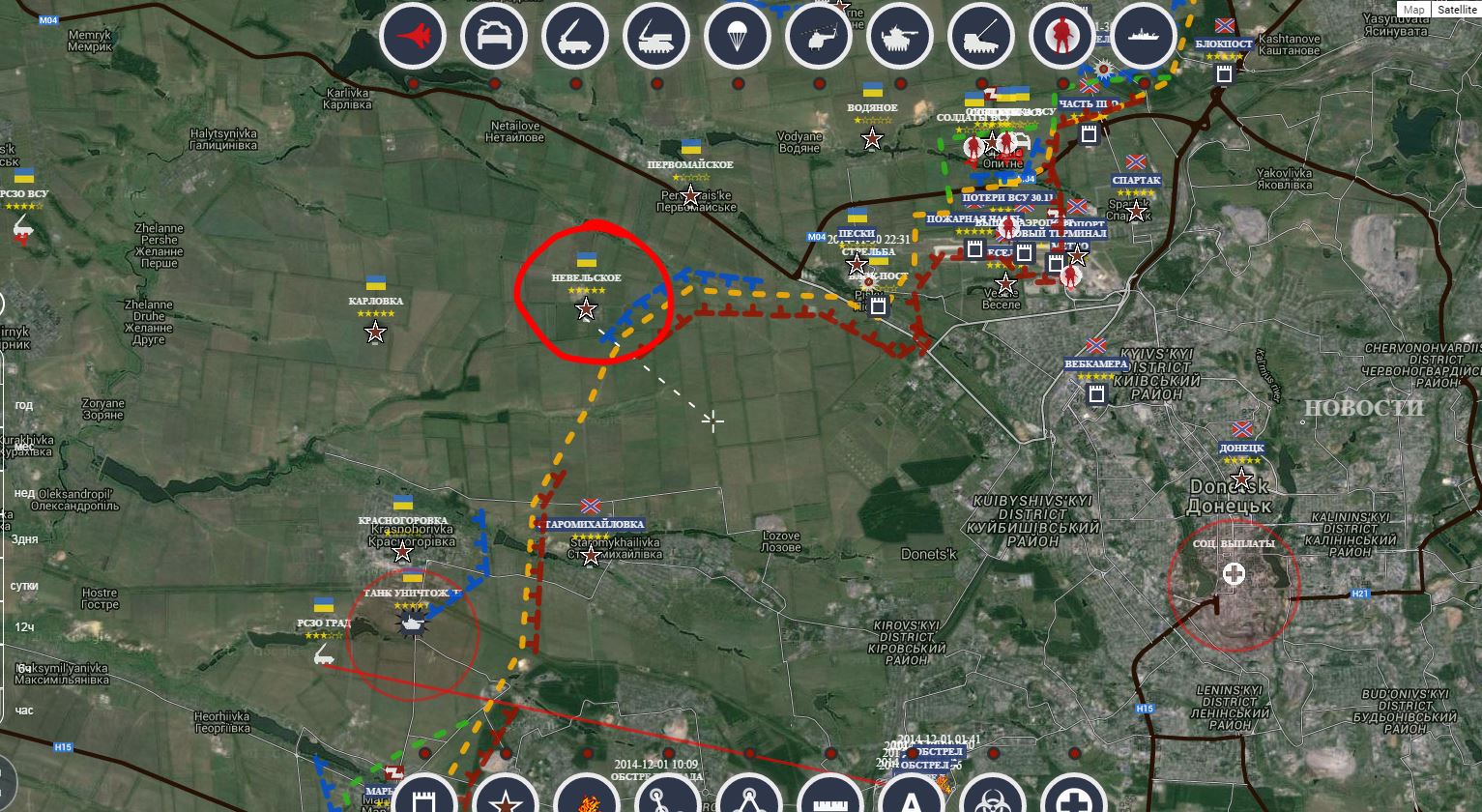 VIDEO #3
Another video shows that children are playing outside: 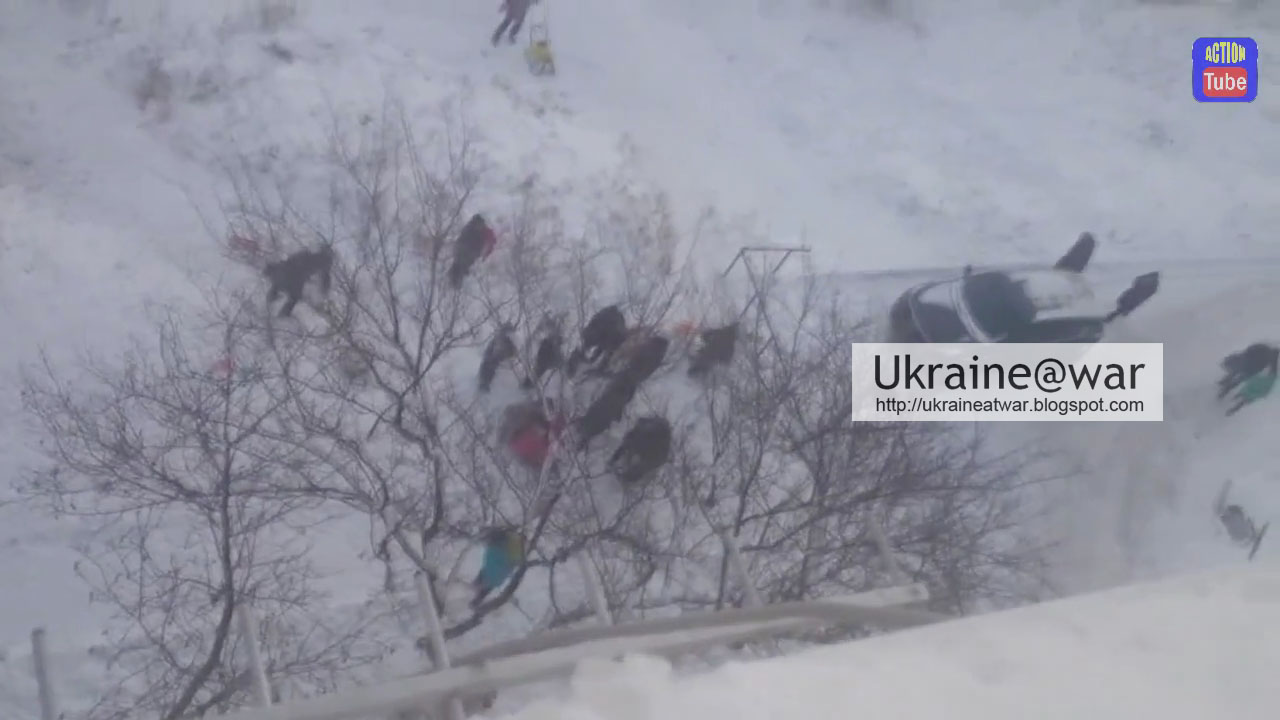 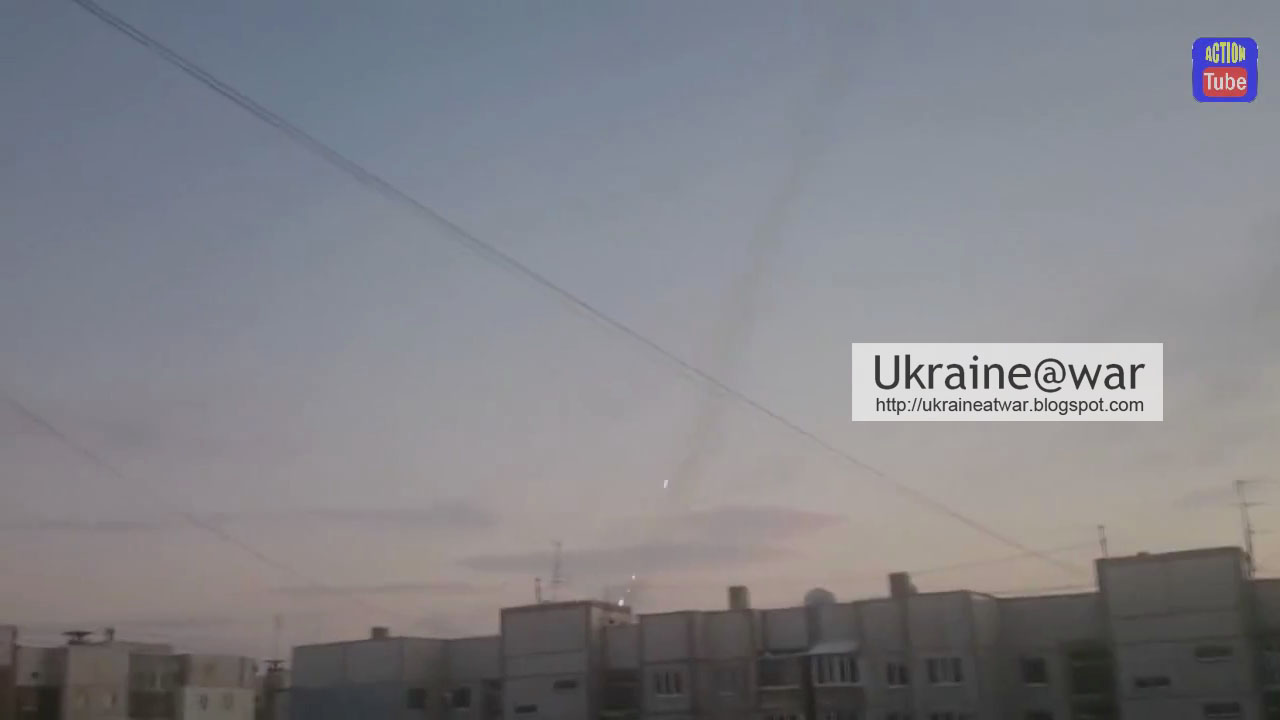 VIDEO #4
This fourth video even films the GRAD right away... at the parking lot: 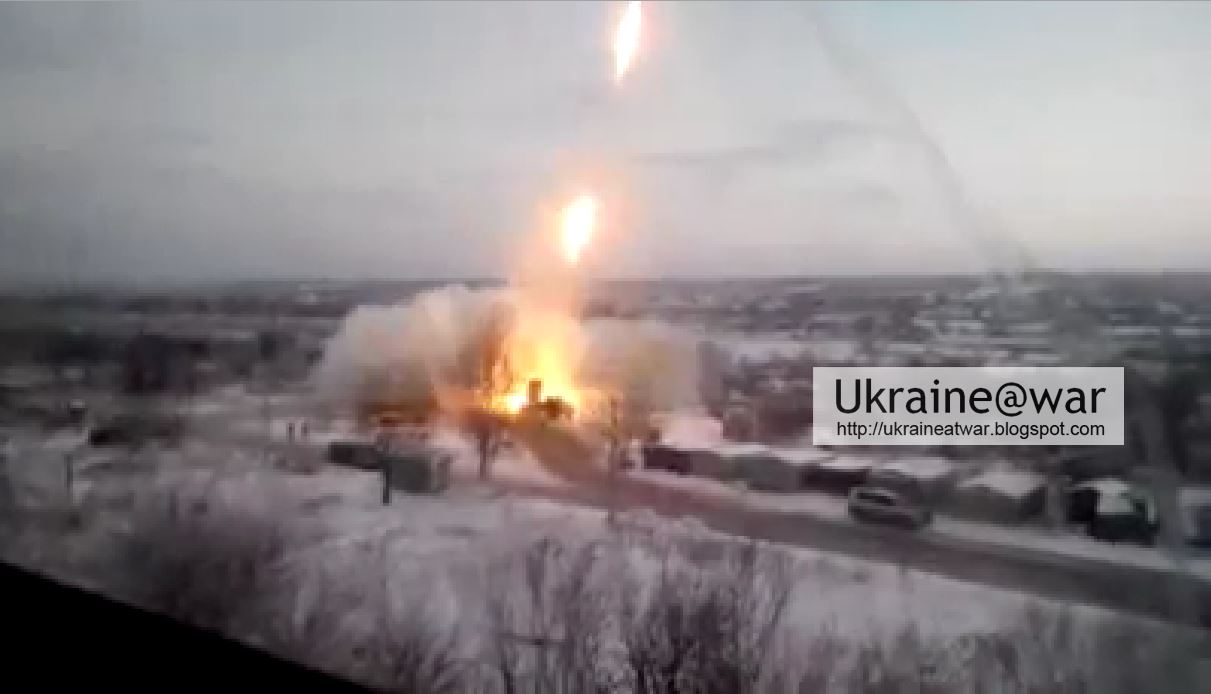 VIDEO #5
And even a fifth video appeared:

This might be considered one of the best documented GRAD firings right now! All these citizens filming this must be very happy that this happens next to their doors... #NOT.