Russians film their own large columns on the move in Ukraine...

This video is obviously filmed by the Russians themselves to give the impression that they retreat. But of course they could easily take the next turn back.

Videos are filmed by a SOLDIER from within a military truck. Yes it happens more often that soldiers put selfies online that expose their location. But not in such a way that they inform us about the next attack they are going to make.

That giraffe truck has been spotted more than once in Donetsk region:


Russian invaders trying out their new giraffe-camouflage. After hiding in schools and hospitals they go to zoo now? pic.twitter.com/6ufIDe12nw
— Ukraine@war (@djp3tros) December 10, 2014

So these are definitely vehicles in East Ukraine.


Same truck spotted in the two 'huge' columns 'to Mariupol' So there is definitely overlap/same convoy. pic.twitter.com/lT4dxbiEWf
— Ukraine@war (@djp3tros) December 12, 2014


Don Cossack? spotted in 'to mariupol' video. So it is not filmed by locals. Thus seems orchestrated/planned video... pic.twitter.com/FIMeTSHLLa
— Ukraine@war (@djp3tros) December 12, 2014


These videos have been filmed in very close proximity to the convoy. A soldier/cossack can be seen next to the cameraman. The video is recorded with TWO cameras and it is smartly edited in such a way that it appears there are more.

Conclusion
All these videos are filmed by the Russians!! Video #1 by a reporter. Video #2 and #3 by a soldier/ Video #4 and 5 are filmed with two camera's, cut, edited. In general amateurs/civilians do not edit their videos.

So clearly the Russians WANT US to see that they are moving. Texts on tanks like 'To Mariupol' should ALWAYS be ignored. They do not reveal their current battle plan.

My impression is that the Russians want to make us believe that they are retreating their troops.

Well... mr. Putin and mr. Lavrov... we ONLY believe that if we see these tanks driving in Rostov... NOT somewhere in Ukraine!!!


UPDATE
This image shows ALL vehicles from VIDEO #2 (going from top right to bottom left): 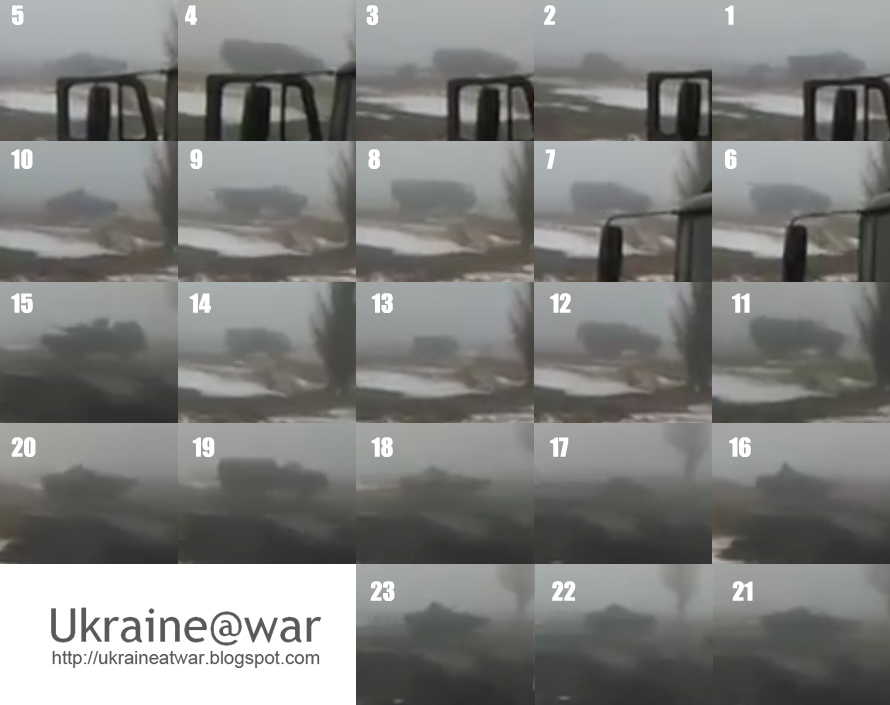 There are only two trucks towing a gun and the first is an Ural without a hood.


Now these two orders can be matches like this: 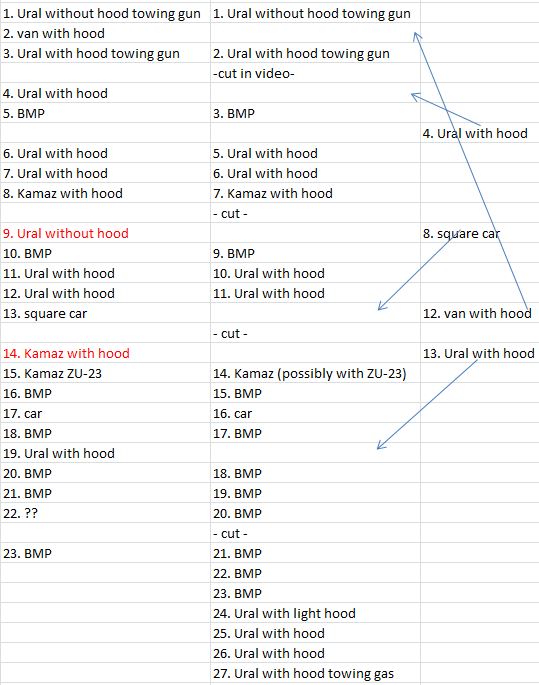 Only four vehicles need to find another place to match up. And then two vehicles are not accounted for, but these occur exactly where there is a cut in the video, so these might have been missed, or deliberately cut out.

UPDATE 20-12
A new movie appeared with the tanks seen above, where one has broken down and gets assistance from others to get towed:

This is at a gas station near Starobesheve:

The tanks are facing into the direction of Mariupol. There were rumors that a vehicle had broken down at that time, so likely this one was it.

Therefore this video must have been filmed BEFORE the videos above. Unfortunately this means it does not tell us anything about where these tanks are now...