Evidence that Russia is transporting back its destroyed tanks

During the war between Russia and Ukraine there have been numerous reports of heavy Russian losses as well as in lives, as in hardware. We know that Russia is trying to hide it's dead soldiers and the numbers of them. Now there is evidence too that they are hiding their losses in vehicles too.

First of all there is this website www.lostarmour.info, that supposedly keeps track of all the destroyed vehicles. Yet this seems to be a Russian propaganda site. The majority of vehicles are reported to be Ukrainian. Only a few are Russian. It's simple: in case of doubt, mark it as Ukrainian...

But there is more.

This photo shows why: 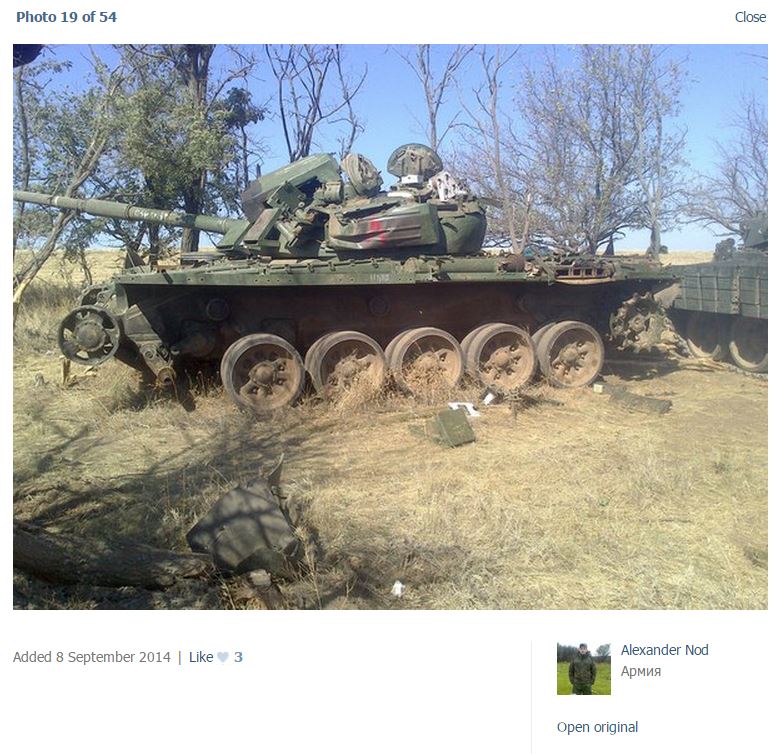 Link to VK-photo. Link to original.

The photo is not geotagged.
But there is another photo in his album that IS: 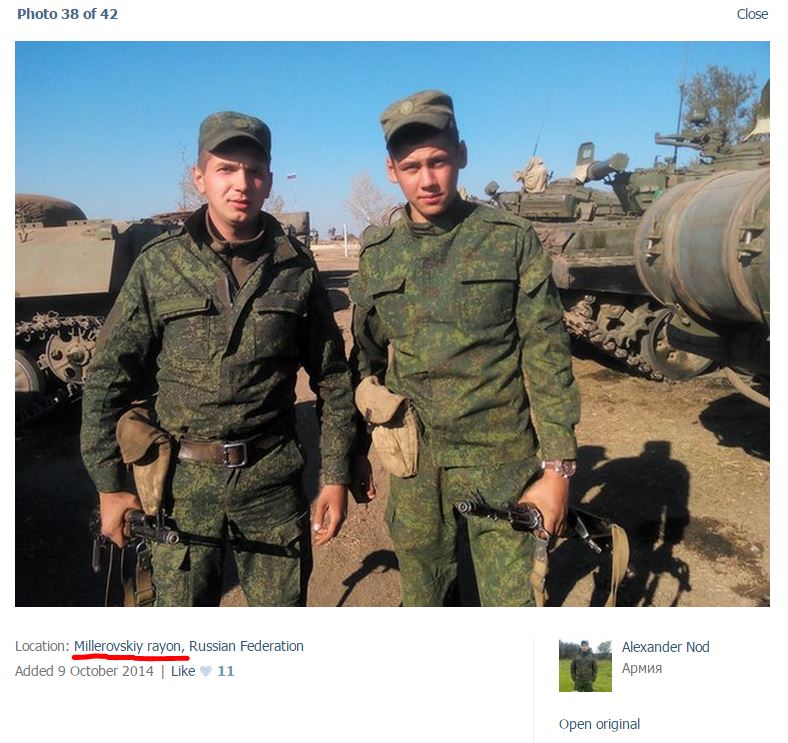 Link to VK-photo. Link to original.

The location is here: 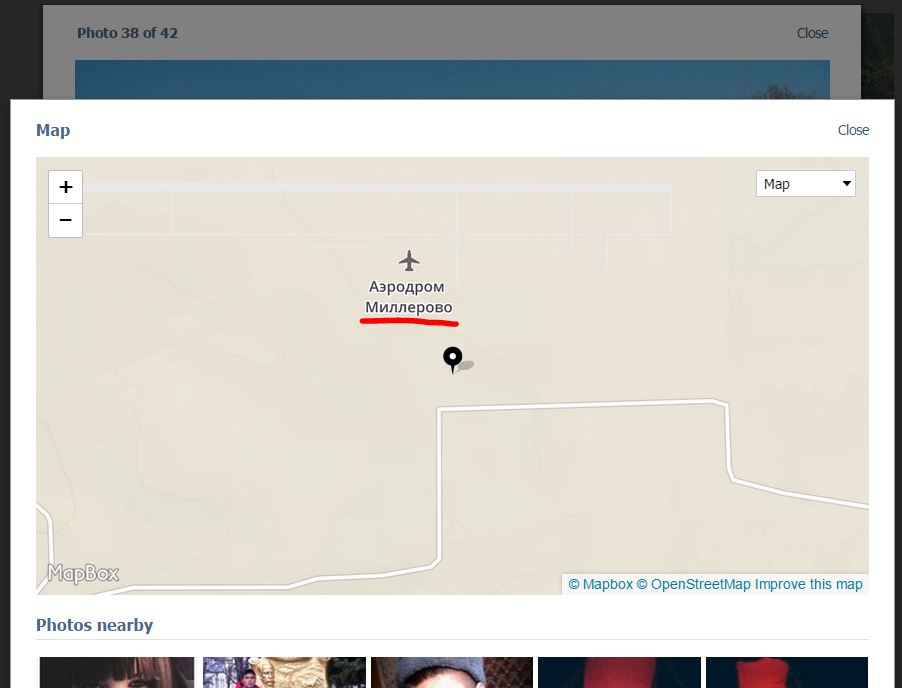 It is a place near a military airport, where military hardware is stored.

Note that the tank at the right on the background of that geotagged photo has the same characteristics, such as the wheels as the first one on top of this blog. Indicating it is the same type.

Millerovo is like a hub for military transports to and from the conflict area in Ukraine. 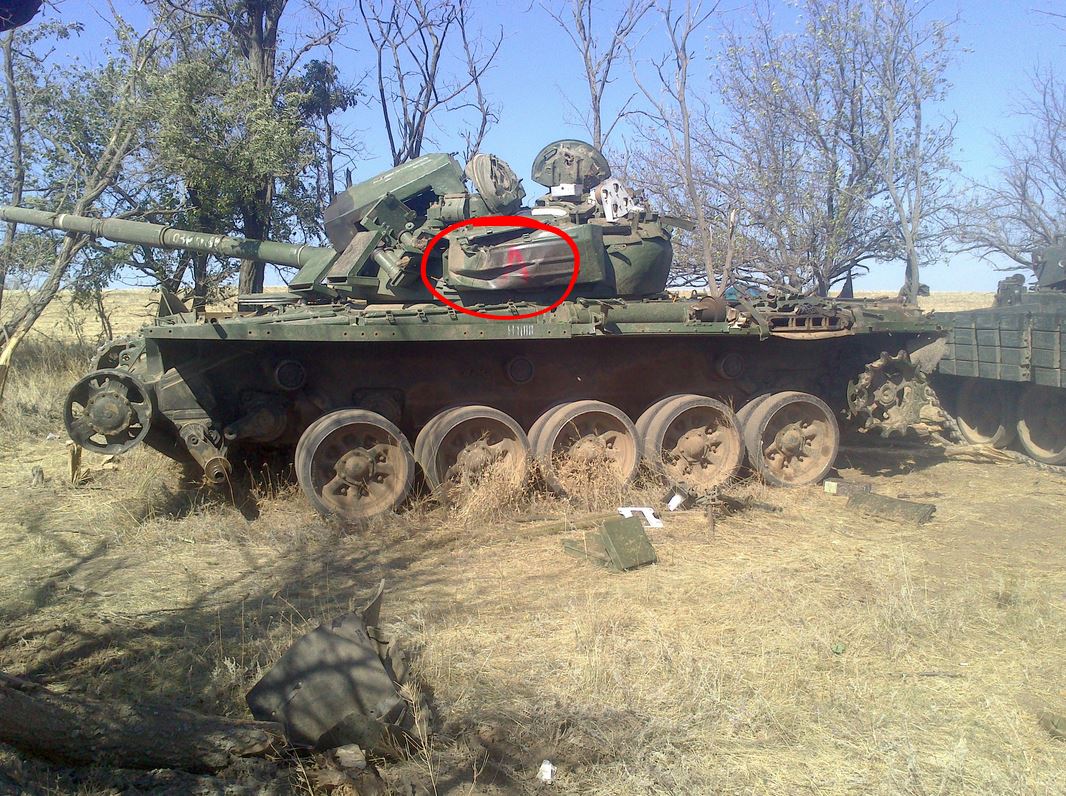 This sign could also be seen in the video of the HUGE convoy that headed back to Russia on Sept 2nd as reported in this blog. 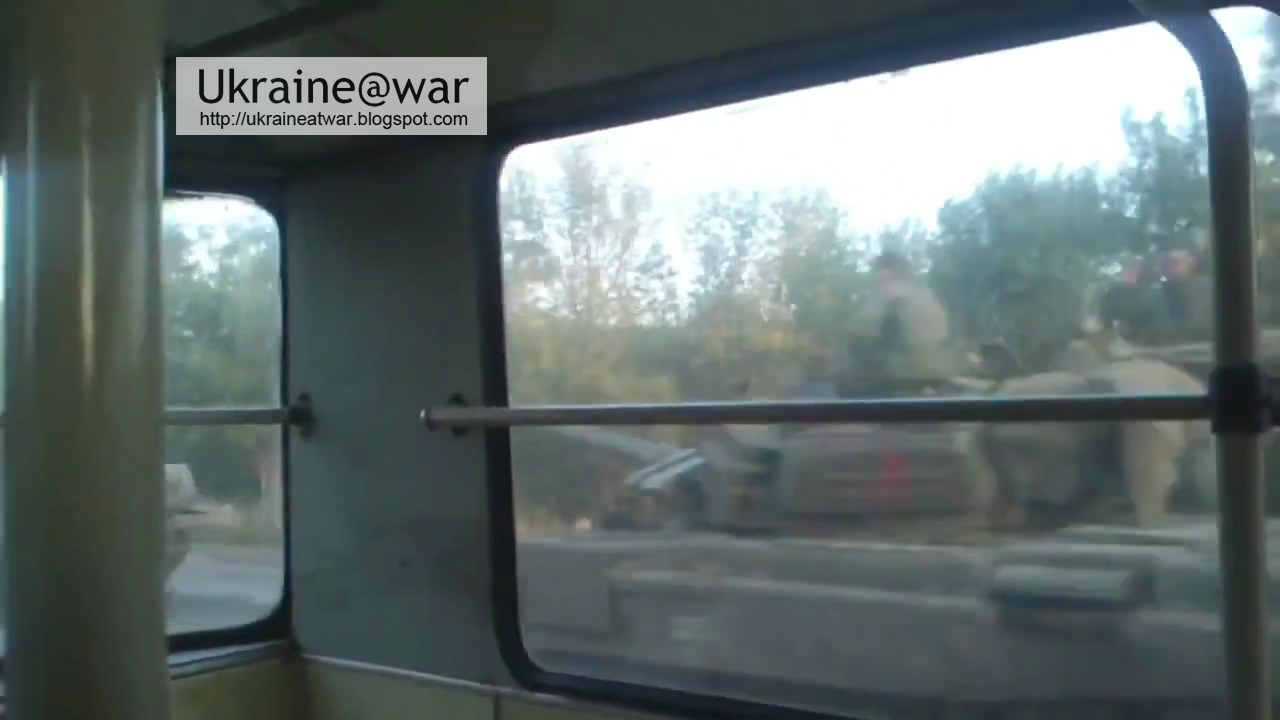 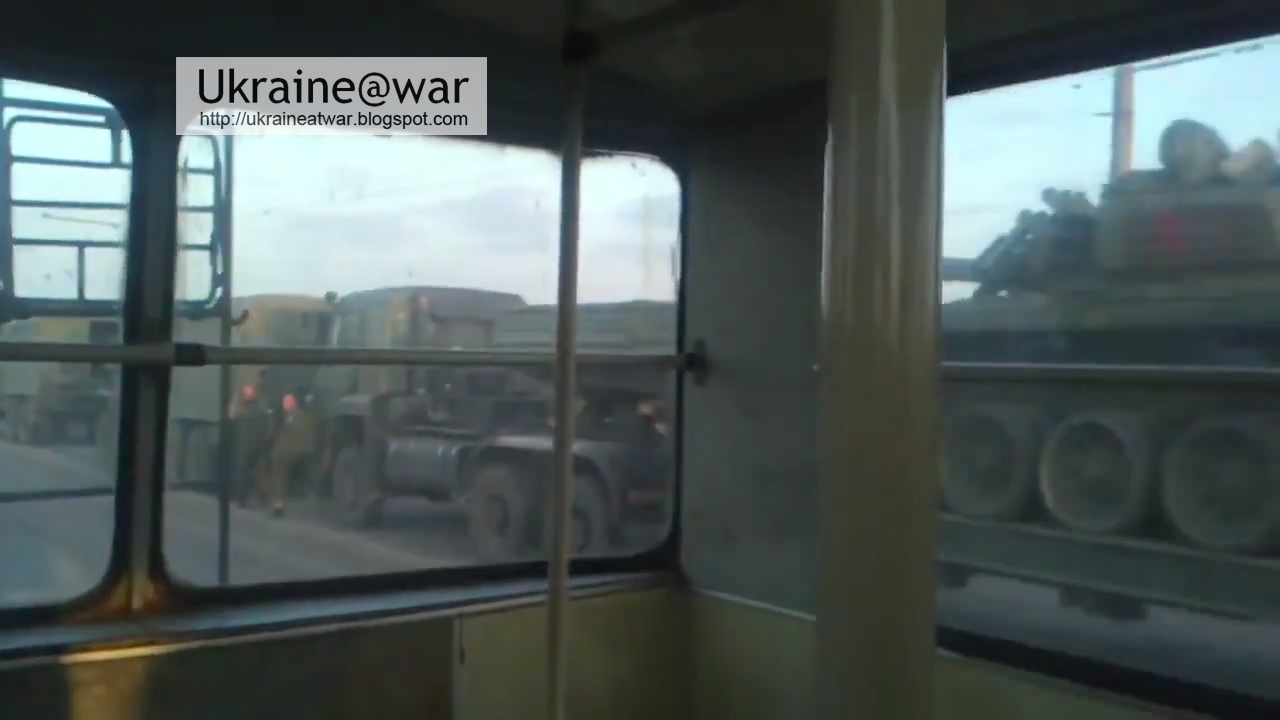 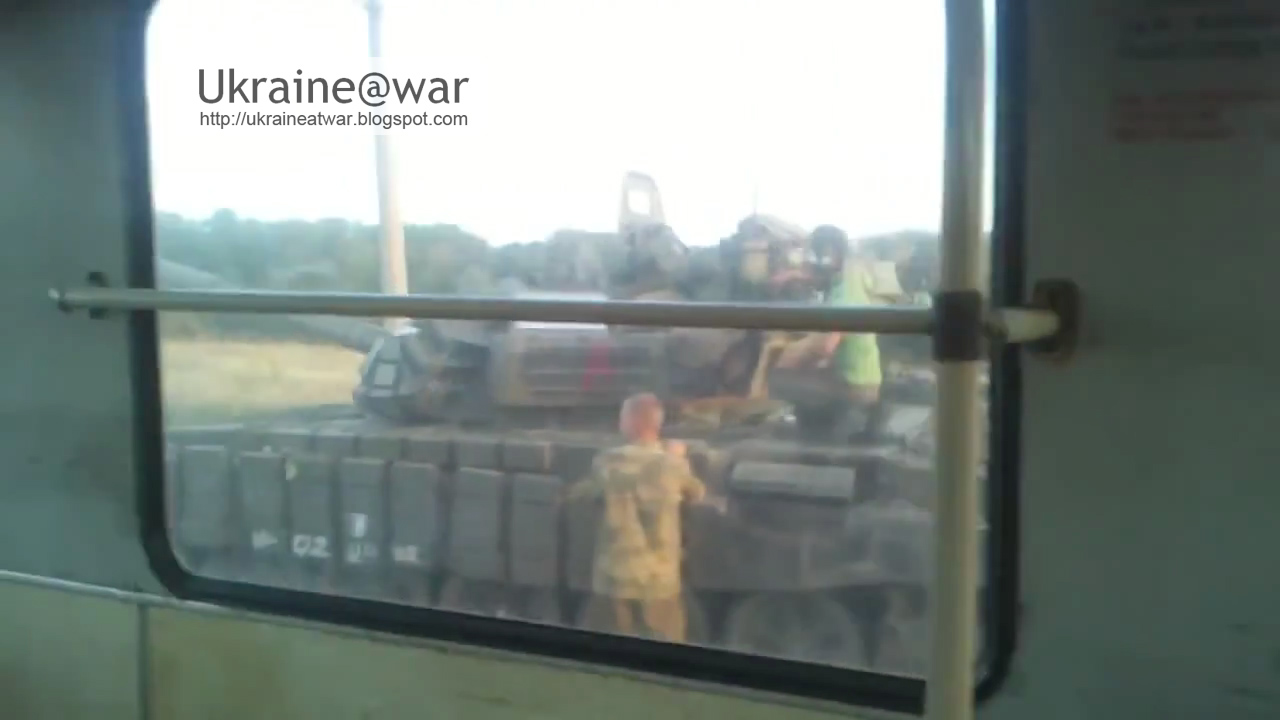 None of these three is EXACTLY the same as the one in Millerovo, but it still COULD be, if the Millerovo one had been damaged or stripped further after transport.

Nevertheless, we can conclude that the Millerovo one is from the same batch as has been seen in Ukraine.

But the second tank in the convoy video is interesting. It is on a loader. A closer look reveals this: 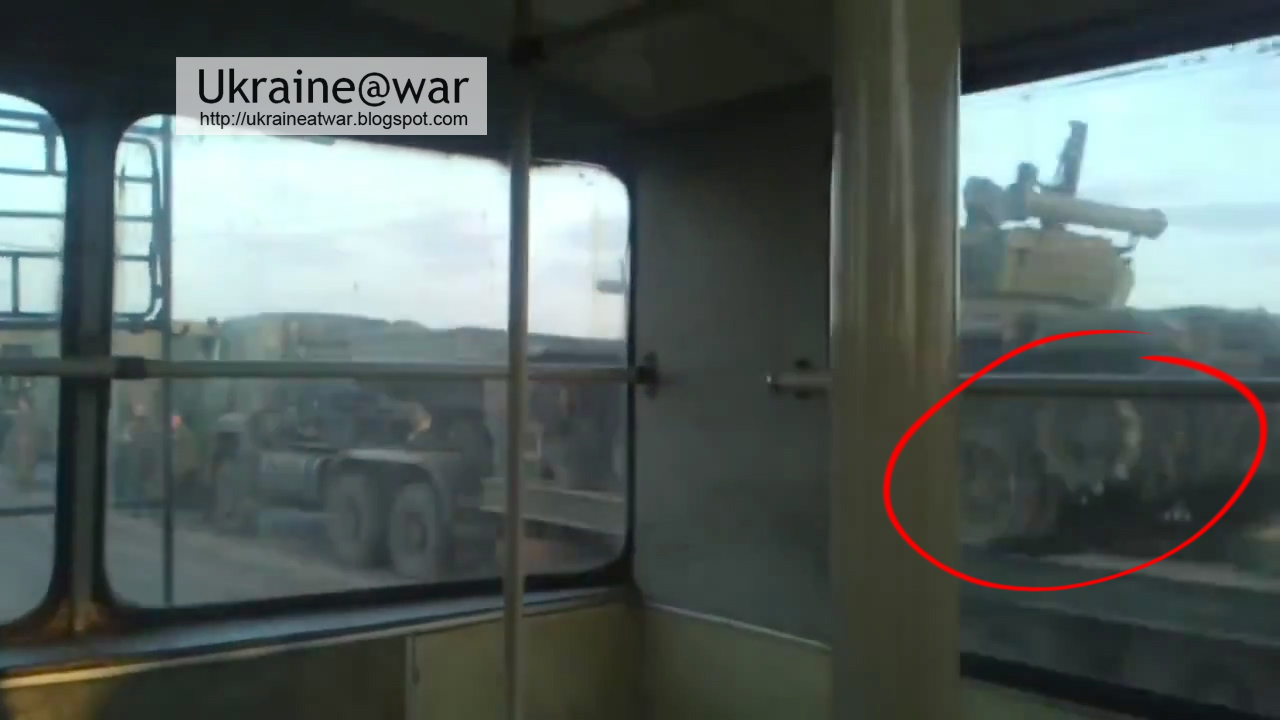 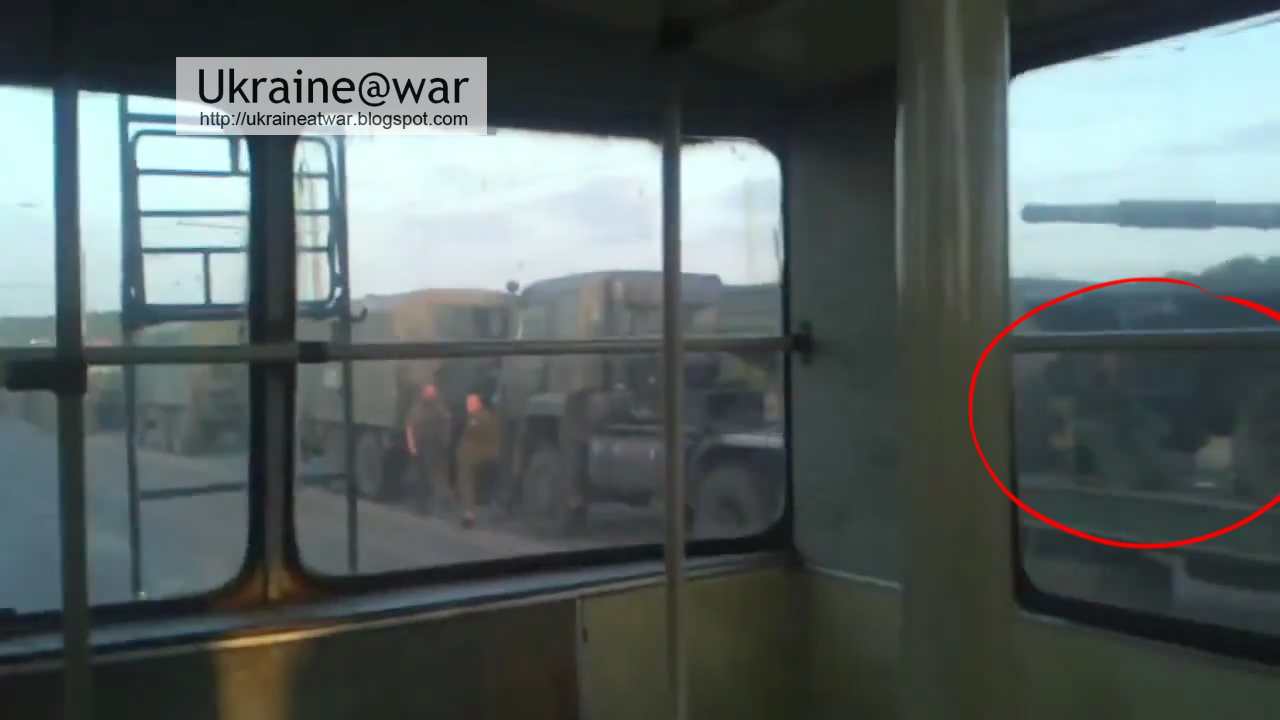 It doesn't not have tracks on one side and the two front wheels are gone...
This one definitely has been hit or ran on a landmine. And it is transported back to Russia.

Russia is taking its damaged vehicles from the battlefield back to Russia. They are NOT being repaired in 'local separatists workshops'.
They are taken back to hide the fact that they had been there and also to hide the number of destroyed/damaged vehicles.

So this is another reason why www.lostarmour.com has so little destroyed Russian armour.