This video shows a Russian transport: 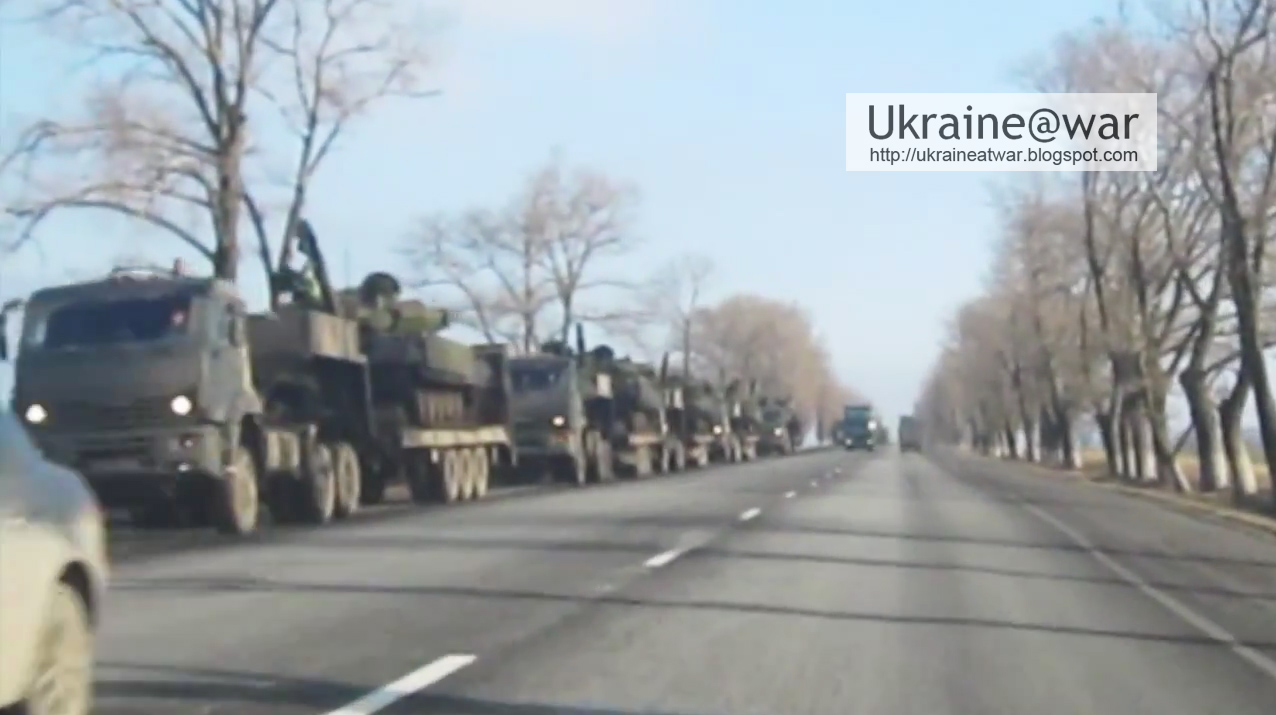 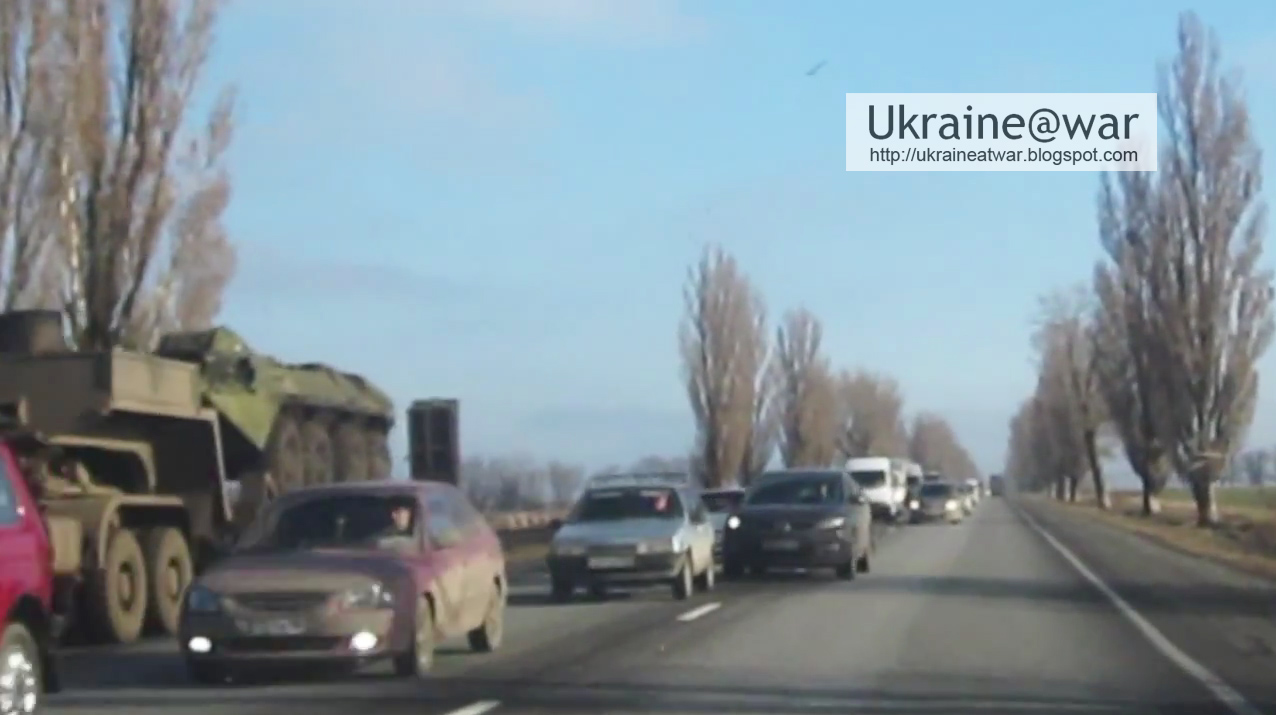 It is reported to be on the road from Rostov to Taganrog.

There are no distinctive landmarks in the video, but it must be possible to locate it by the position of the trees.

Here we have a match: 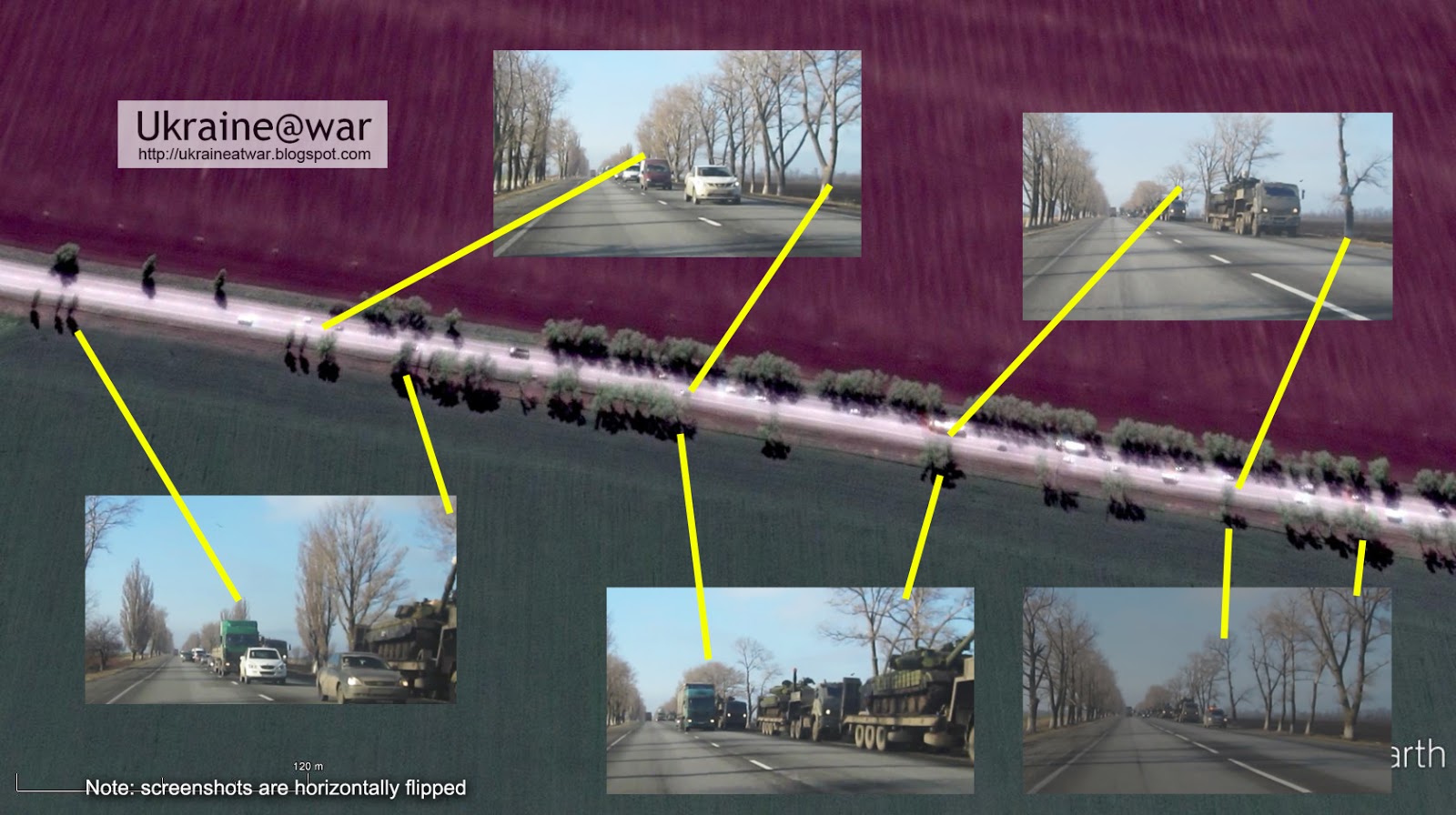 The screenshots are flipped horizontally to make the graphic a bit more clear and with the satellite image in a position to give it a natural look. It may be clear that Russia is bringing these T-64s closer to Ukraines border, if they are not already IN Ukraine by now.
On the video there is no snow visible, so it may have been taken a couple of weeks earlier.

Earlier a transport of some 75 vehicles, among which 7 tanks (T-64 and T-72) had been transported from Donetsk to the South. It was still a question whether that convoy might have returned to Russia.

But now these tanks are driven TOWARDS Ukraine it seems more obvious Russia is building up a substantial attack force near Mariupol.

These GRADs are also driving TOWARDS Ukraine: 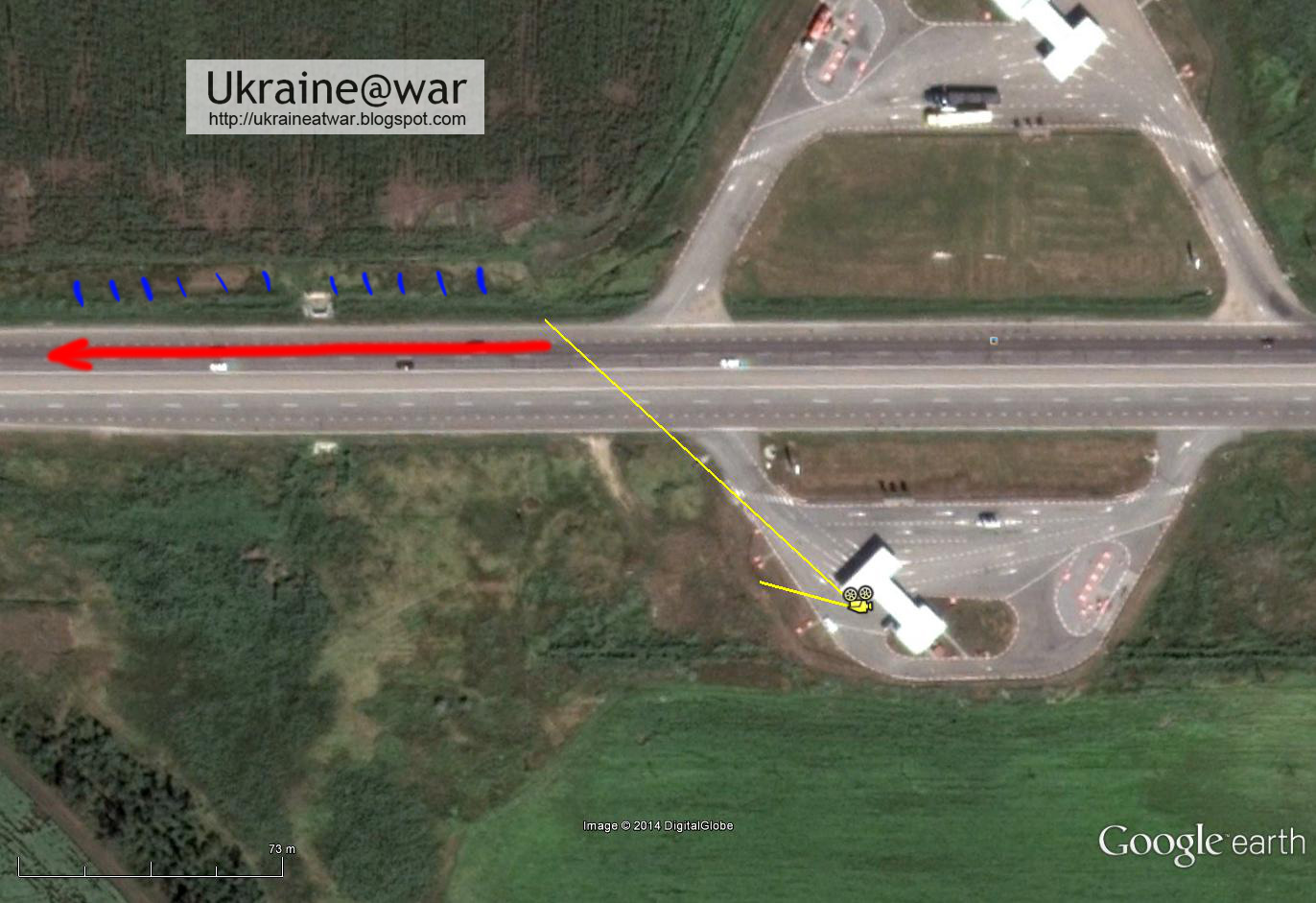 The reason why the camera is positioned like this, and not on the (very similar) other side, is because there is only a slope on this side (blue lines).


Also a helicopter is spotted: