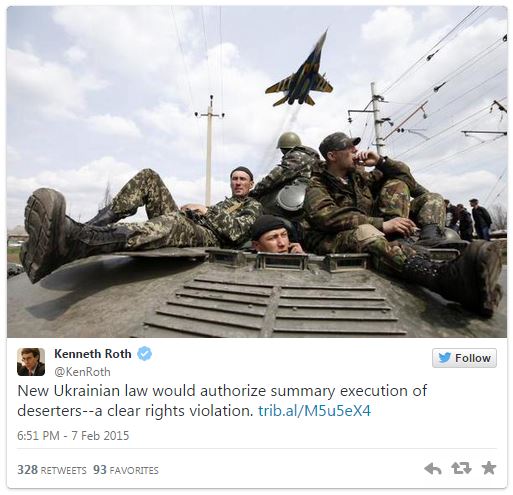 from the big boss at HRW: 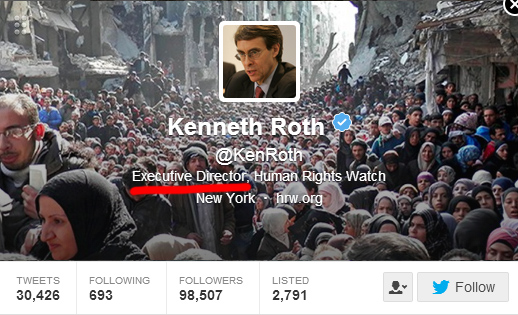 Links to this article on Newsweek: 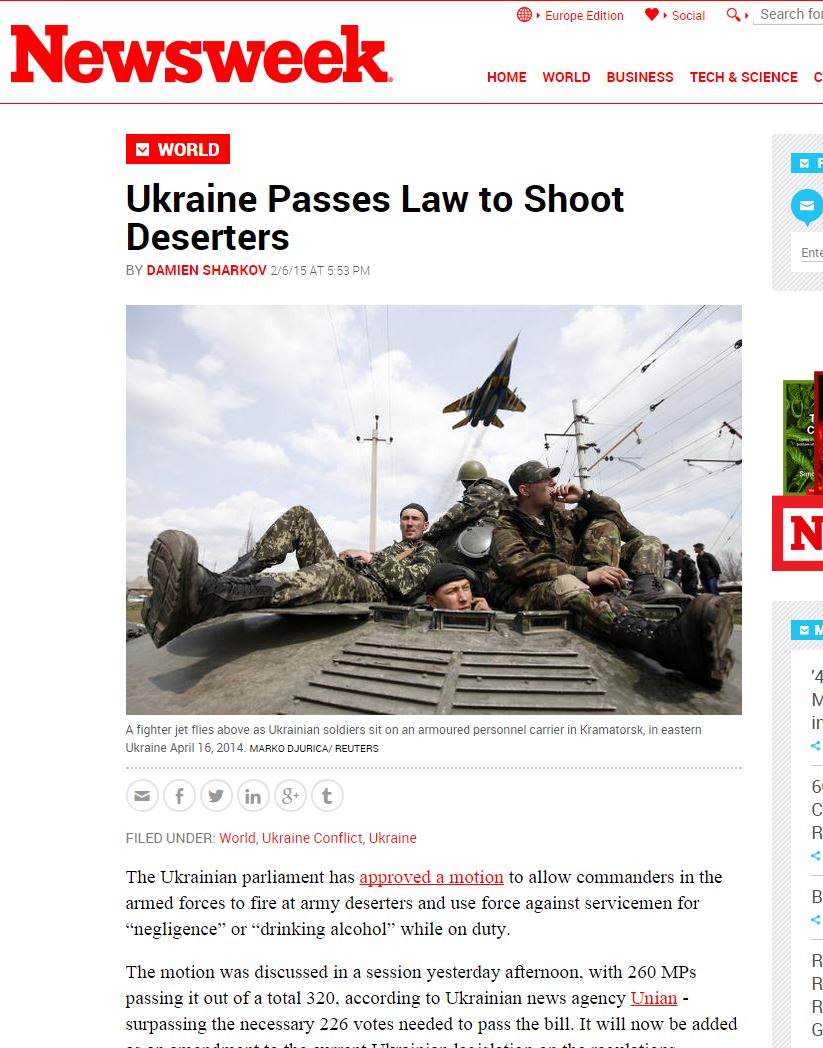 But this article by Julia Davis shows that Newsweek had fallen prey to Russian Propaganda:

This shows that HRW is not even cross-checking it's sources before making such huge allegations:


Since Kenneth Roth publicly accuses Ukraine, he also needs to publicly correct and apologize for this mistake.


UPDATE 9-2
Kenneth finally deleted his tweet. BUT THIS IS NOT ENOUGH!! When it gets retweeted 328 times you send a message out to the world. If then after 2 days you delete the tweet, the message has STILL COME ACROSS. I can delete ALL my tweets after two days and I am still communicating.


Kenneth needs to send a CORRECTION and an APOLOGY, because right now his followers are STILL MISINFORMED!!


.@JuliaDavisNews @KenRoth @hrw @DajeyPetros I would like an apology to Ukraine. Disgusted this is the behaviour of an Executive Director
— Chris Brulak (@chrisbrulak) February 9, 2015