Starting from January 21st there came reports of 'LNR' building their own Air Force, including this video:


@ColoradoFall One day they WILL use the airforce and they show such videos NOW to claim that AF was built from scratch. Which is nonsense.
— Ukraine@war (@DajeyPetros) January 21, 2015


Ok, so here is the FIRST mention of a 'NAF' airstrike. Likely fake. But some next time maybe not pic.twitter.com/r304ulv2YY via @patrickgjackson
— Ukraine@war (@DajeyPetros) February 2, 2015


@erikstrandquist Not yet. Likely fake, to get us used to the idea they have an airforce. Which they don't. It will be Russian when they come
— Ukraine@war (@DajeyPetros) February 4, 2015

Today CensorNet, known to be biased very often, comes with another report:

But this time there is coming confirmation: 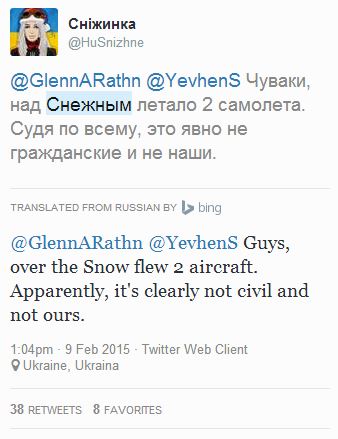 That MAY make sense, because they will always first 'test the water'... obviously nothing bad happened, with this test flight into Ukraine and so they can go for the real attack today.


This article also reports about the airstrike: 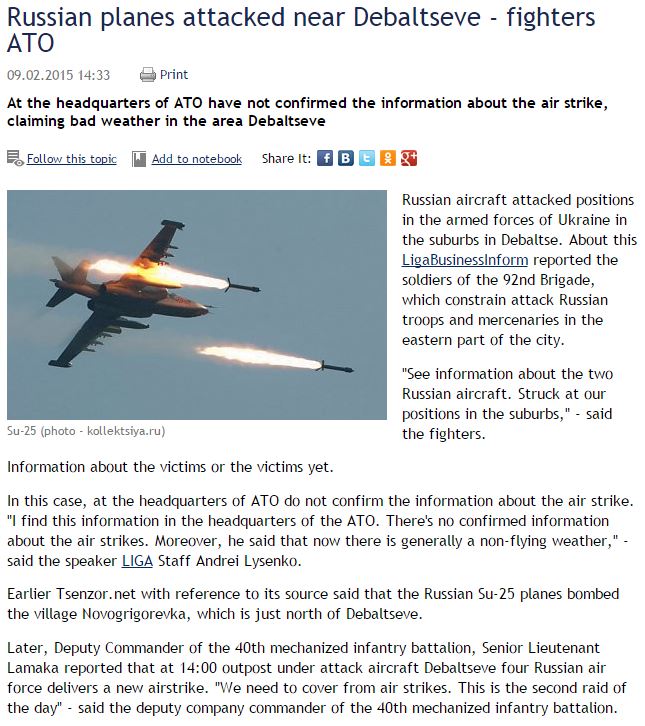 #Statement "We need cover from air strikes. This is the second raid of the day." - Dep. Comm. of the 40th mechanized infantry batt. Lamaka
— Conflict Reporter (@Conflict_Report) February 9, 2015


Now it gets interesting:

So it is actually REALLY WEIRD that the WEATHER is used as an argument to deny it.

The latest evaluation of all this information is this:

Two SU-25 have been seen on saterday, but no strikes have been made yet. 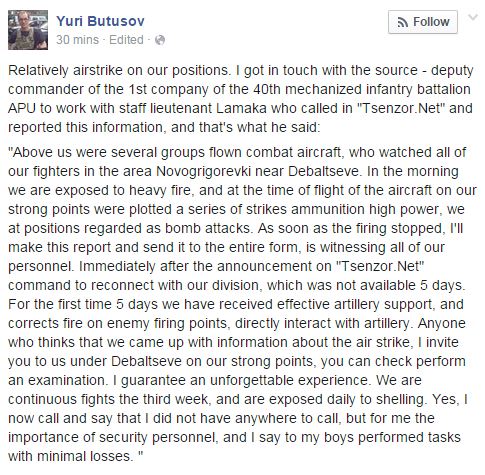