Why 'peace-deals' benefit the Kremlin

It is IMPOSSIBLE to have EVERY single checkpost along the front line fortified so much that it can withstand weeks of shelling followed by concentrated attacks with tanks and heavy weapons.

A GOOD military defence strategy is what we will call the block-and-fist strategy, like ancient warriors: a shield in one arm and a sword in the other.
The 'block' stands for the defence. The 'fist' for the strike back.

A thousand soldiers with shields in a row can be defeated by just TEN, if their strategy is to 'only defend' (and never strike back). The ten just pick out a weak spot and hammer it with their swords until it falls. Then they can regroup, drink some tea and pick another one.

Ukraine needs a defense line and behind it FISTs, that is: strike-back-forces. It means when a checkpoint is attacked, it immediately triggers a strong force behind it, to either jump into the defence or counterattack on another area: 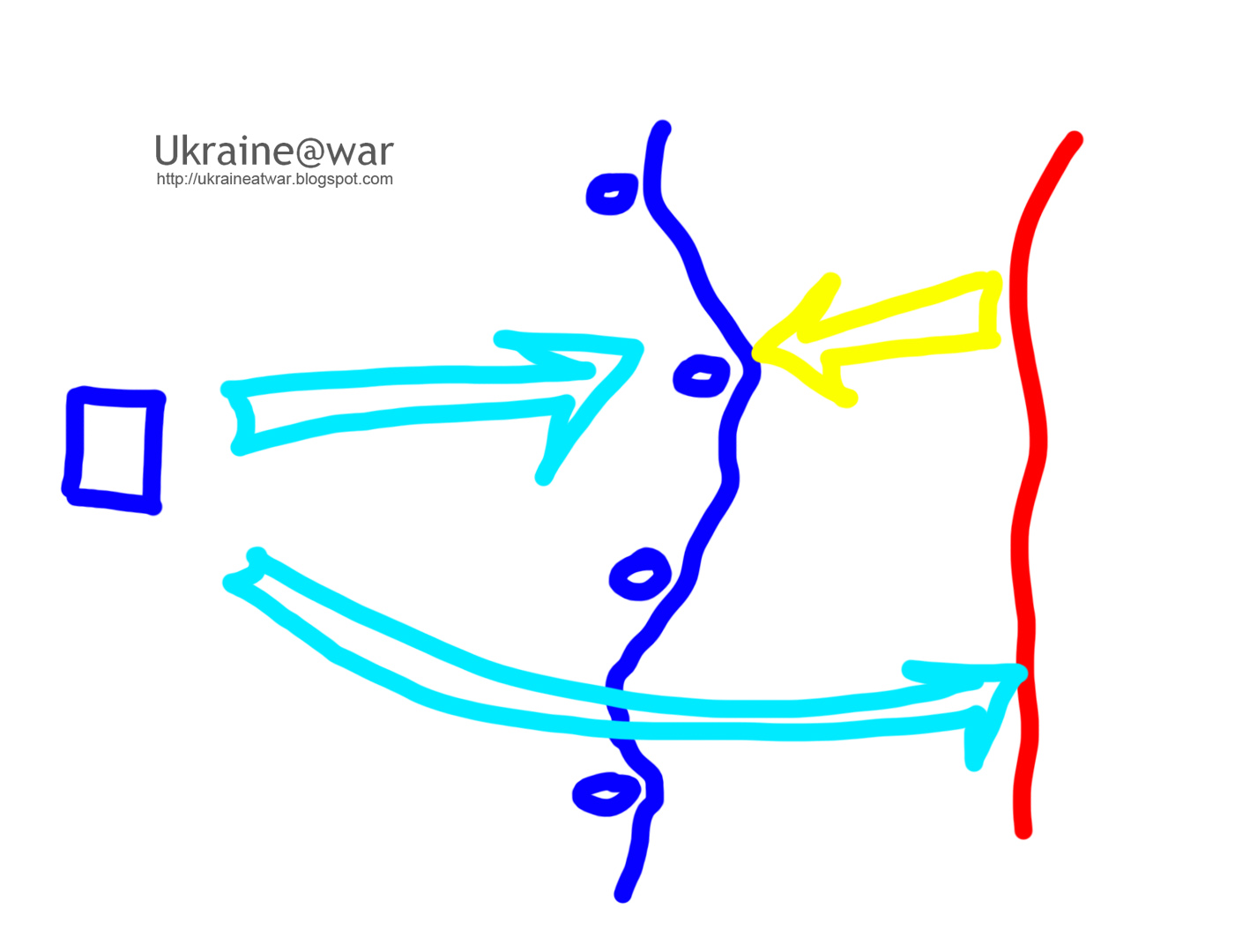 All peace-deals so far just mean that Ukraine can never use it's 'fist'-option. It can NEVER strike back. That means the power of ANY defense is taken away. They just have so sit and wait and see what happens next. And what happens next, we know: yet another checkpoint falls and another and another. OF COURSE!!!! That's what you get with such a strategy.


Effectively a peace-plan benefits Russia: it takes the power out of Ukraine's defense.


No words :/“@GorseFires: #Shyrokyne - Battalion Donbas asking for artillery support, but are refused because of truce http://t.co/8HKny2nsp7
— marqs (@MarQs__) February 21, 2015


@ArianaGicPerry #minsk2 was about allowing #Putin to concentrate his military on #Debaltseve. #Mariupol is probably next
— Reuf Bajrovic (@RBajrovic) February 17, 2015