This is how the offensive started at Sanzharivka, north of Debaltseve:


Besides that there are a lot of tanks, there are some more noteworthy things.
When the tank crews get instructions, the faces of Russian officers who command them are blurred:

A captured Ukrainian T-64BM BULAT can be seen: 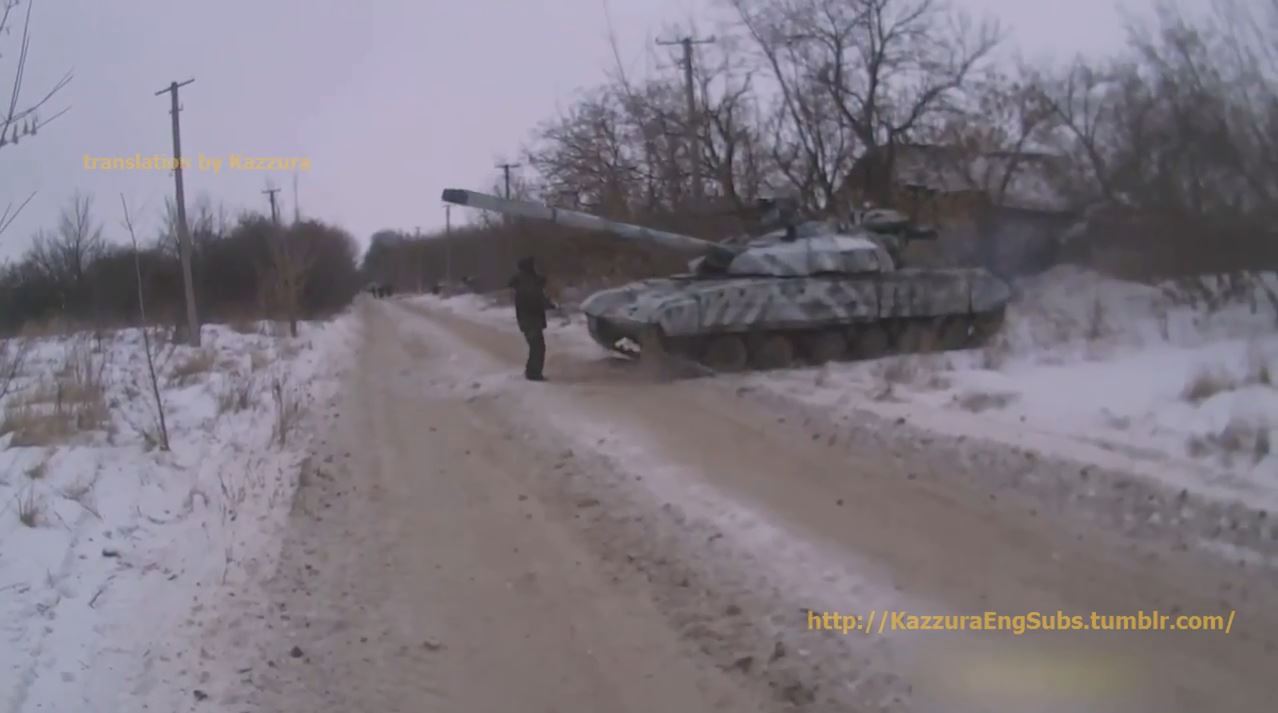 They captured those when Lugansk Airport fell. 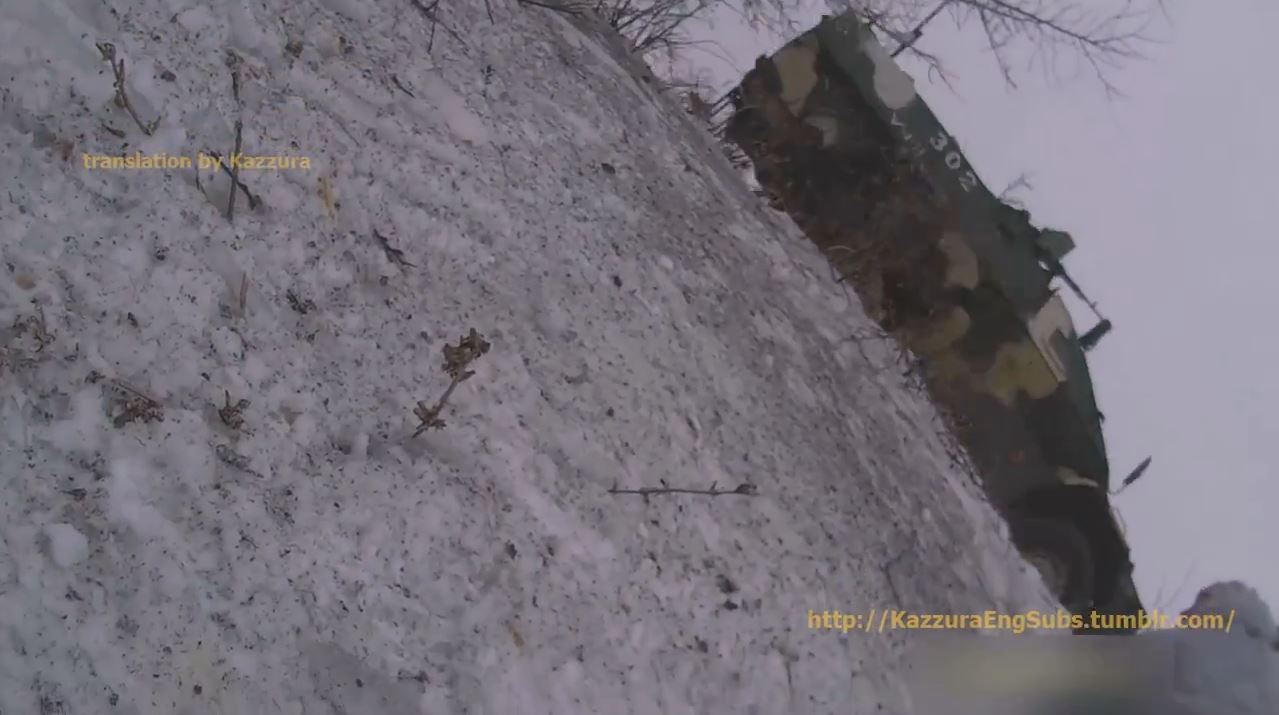 This also indicates Russians are in command an control of the operation.


This video shows how the offensive ended as a tank scrapyard near Debaltseve:

This video was already published earlier and did show something, but not as much: 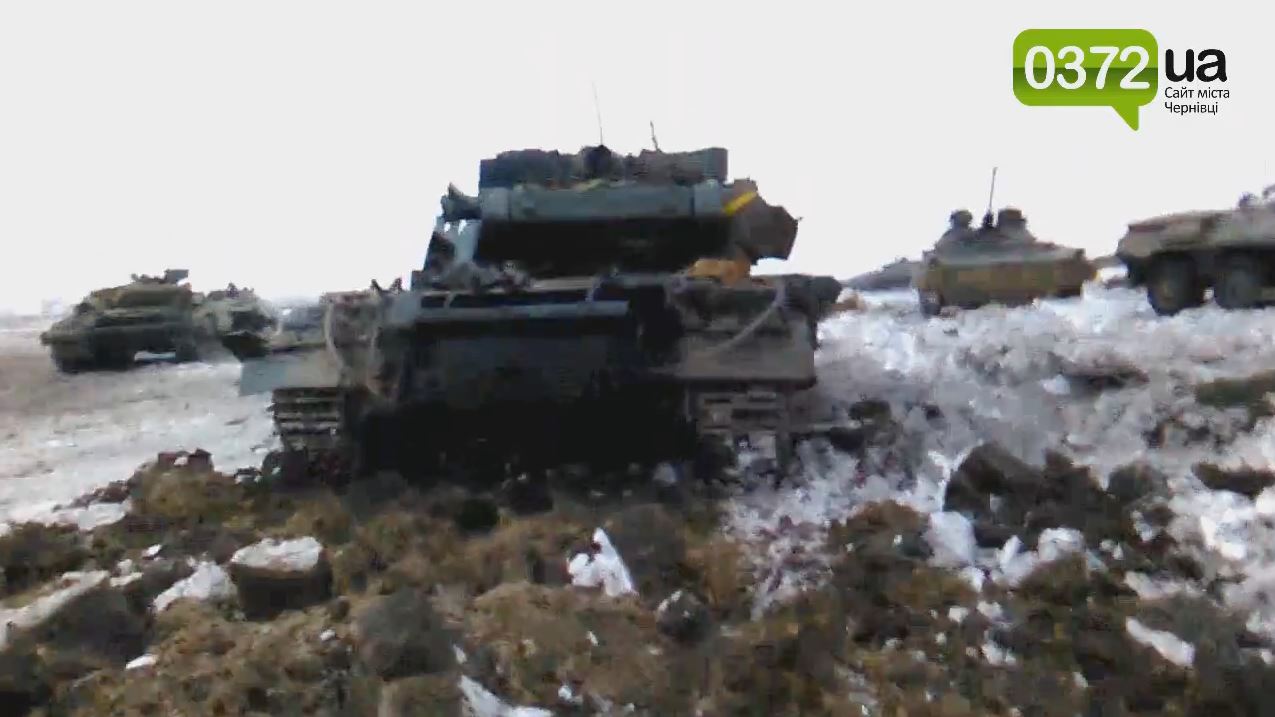 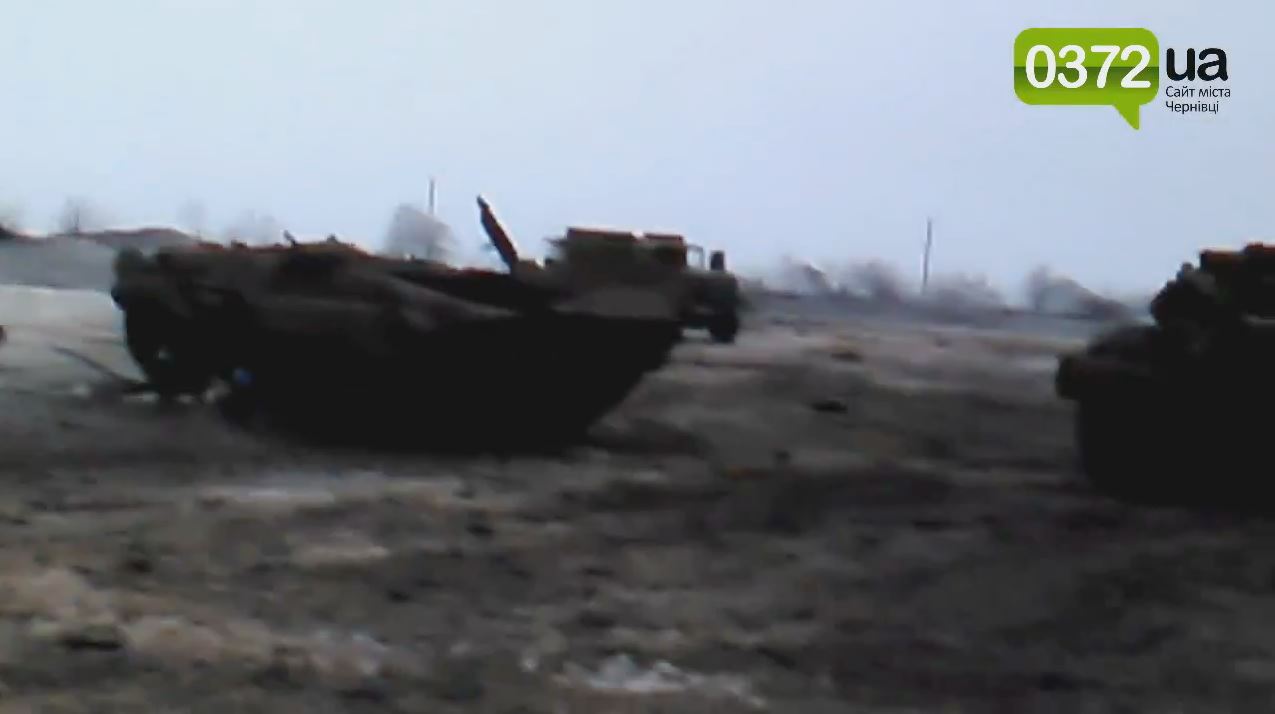 Notice the electricity poles along a road with trees on the horizon.
The area has a lot of elevations and dug-in positions as if it was a dumping ground. It is even used as a camping ground with trenches and all: 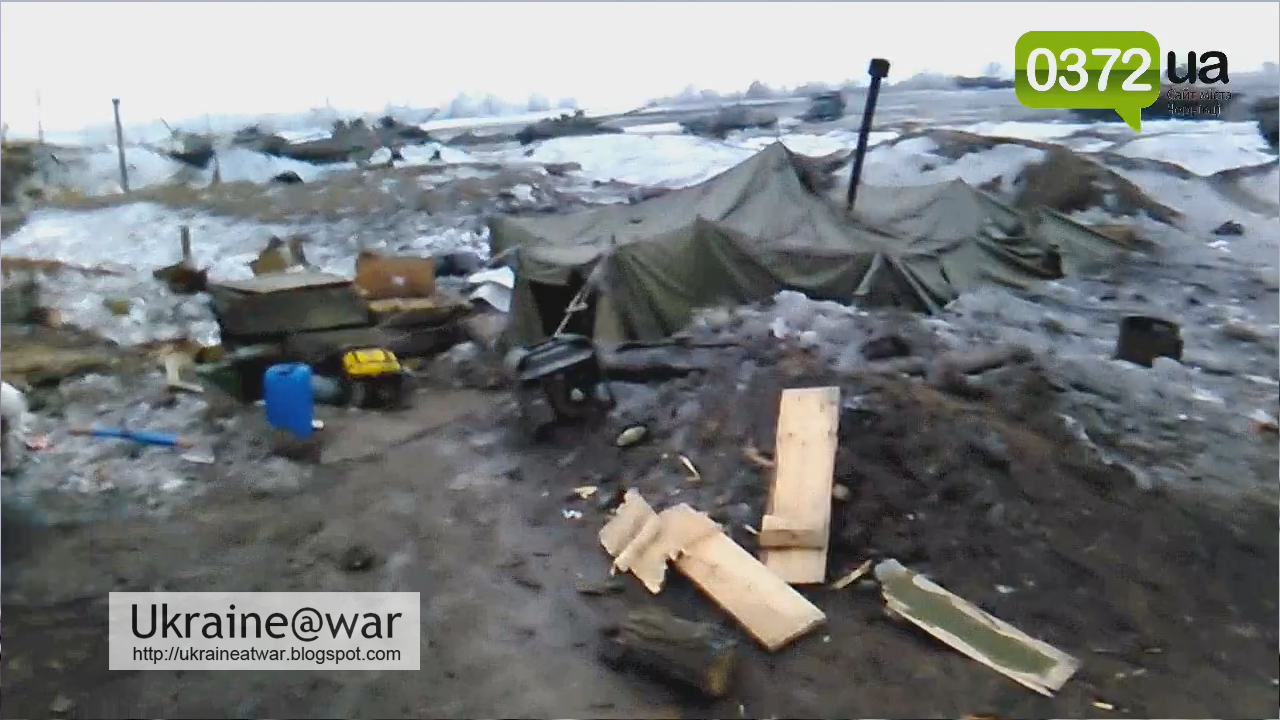 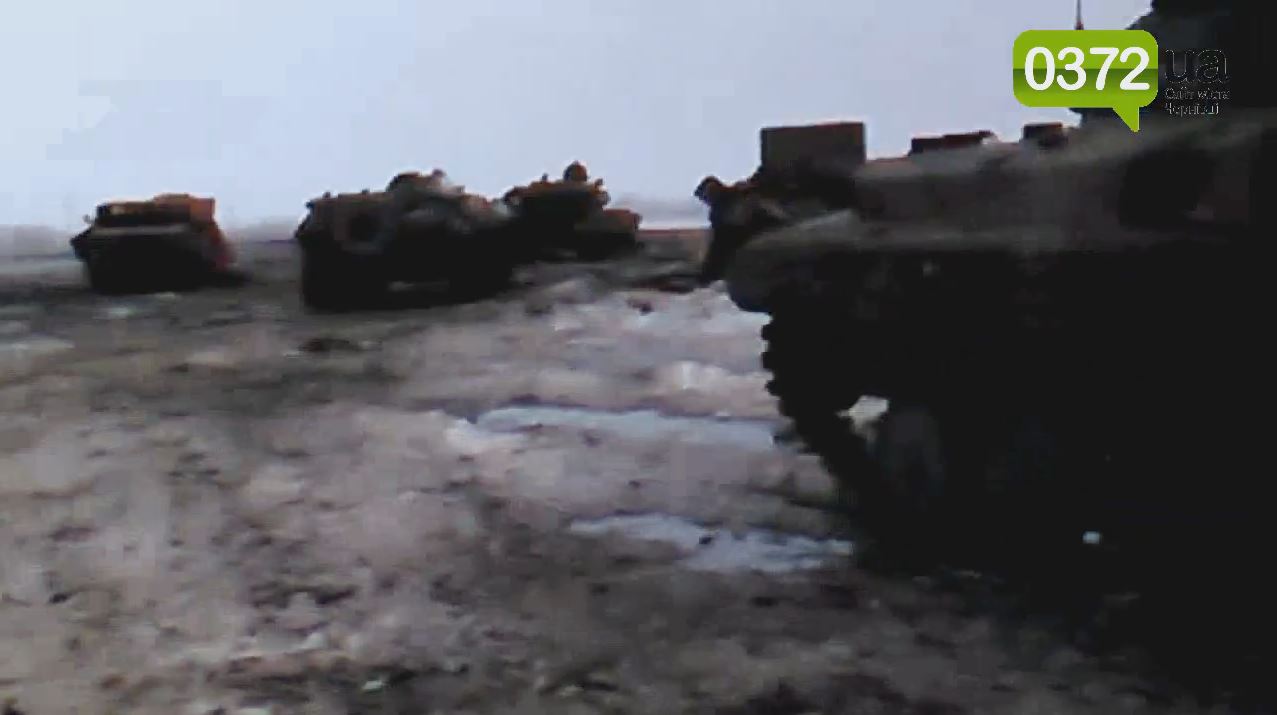 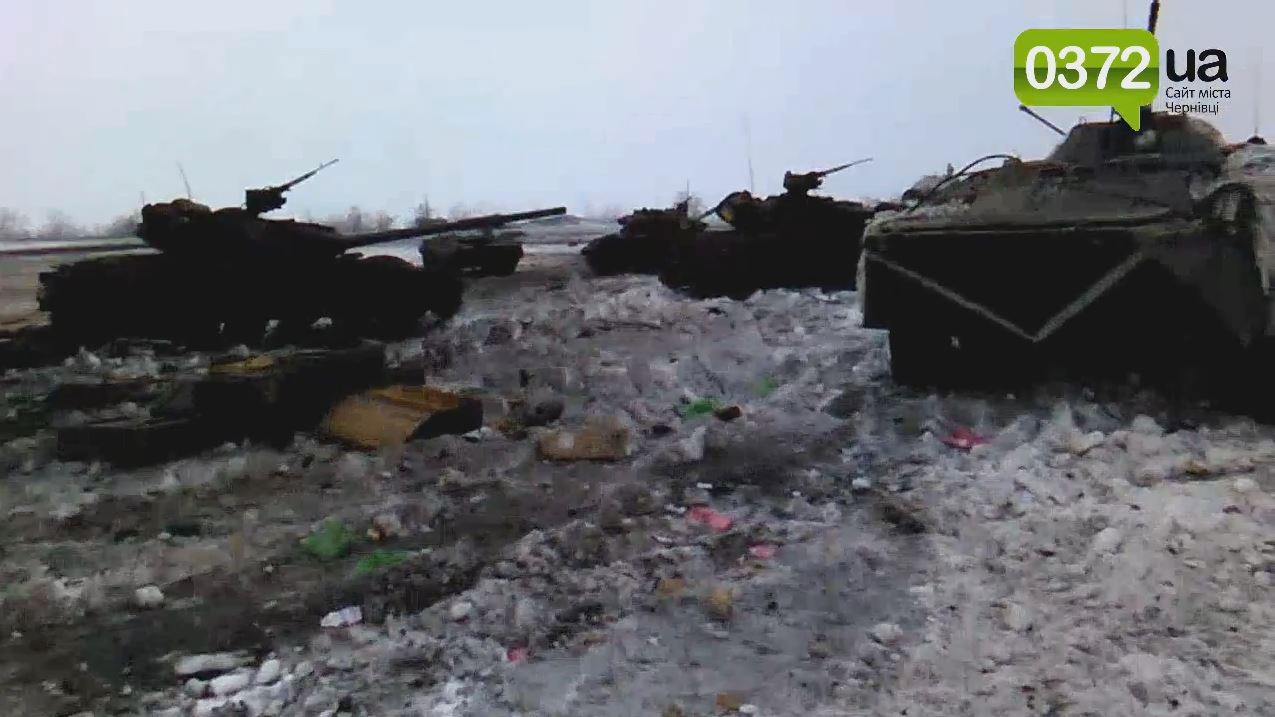 Not all tanks are wrecks. This is an intact Ukrainian tank in defensive position: 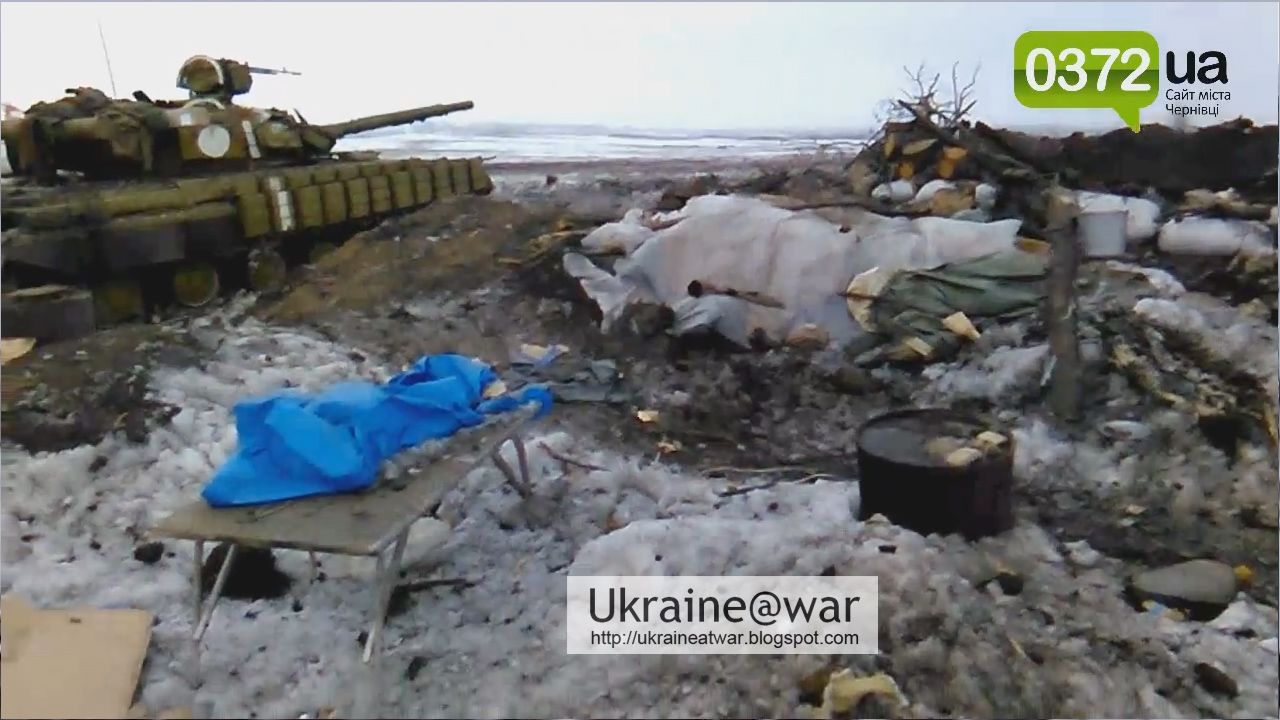 There may be some Ukrainian wrecks too of course. But the point is that is is still Ukrainian controlled and THUS the Russians have been repelled.

Here some roofs from houses can be seen on the horizon: 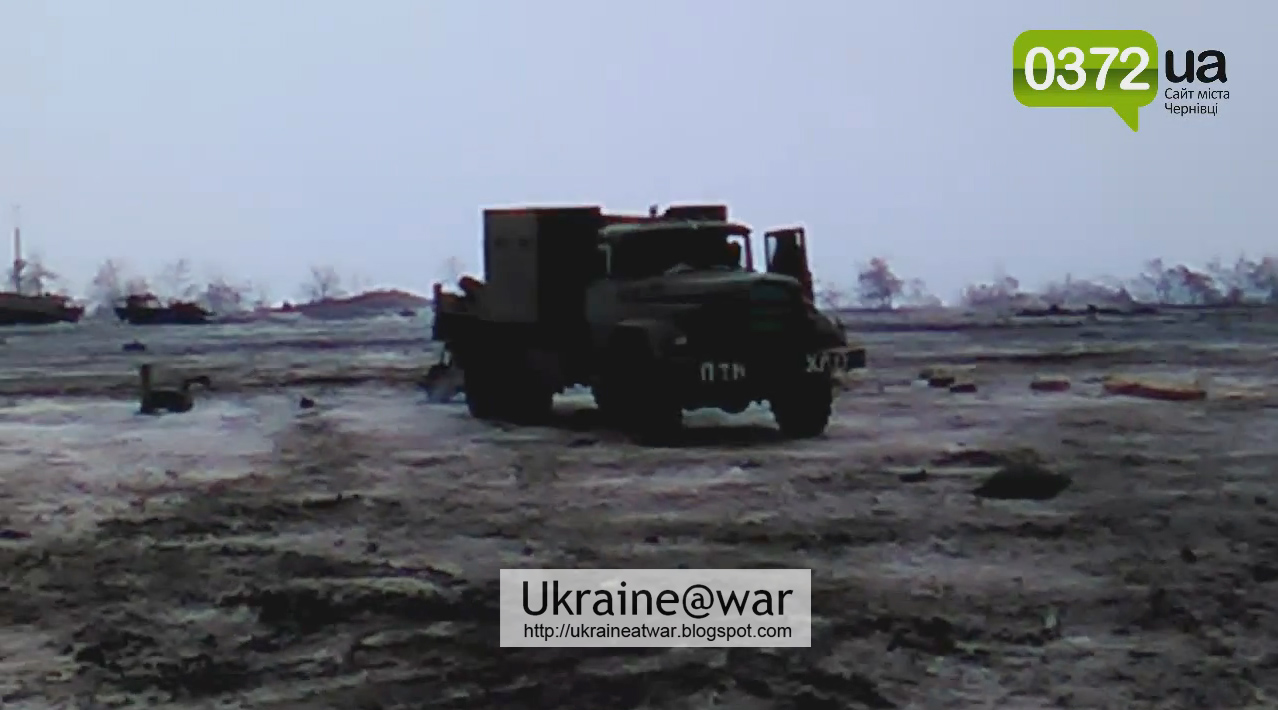 On this tank the (Russian) numbering can be seen: 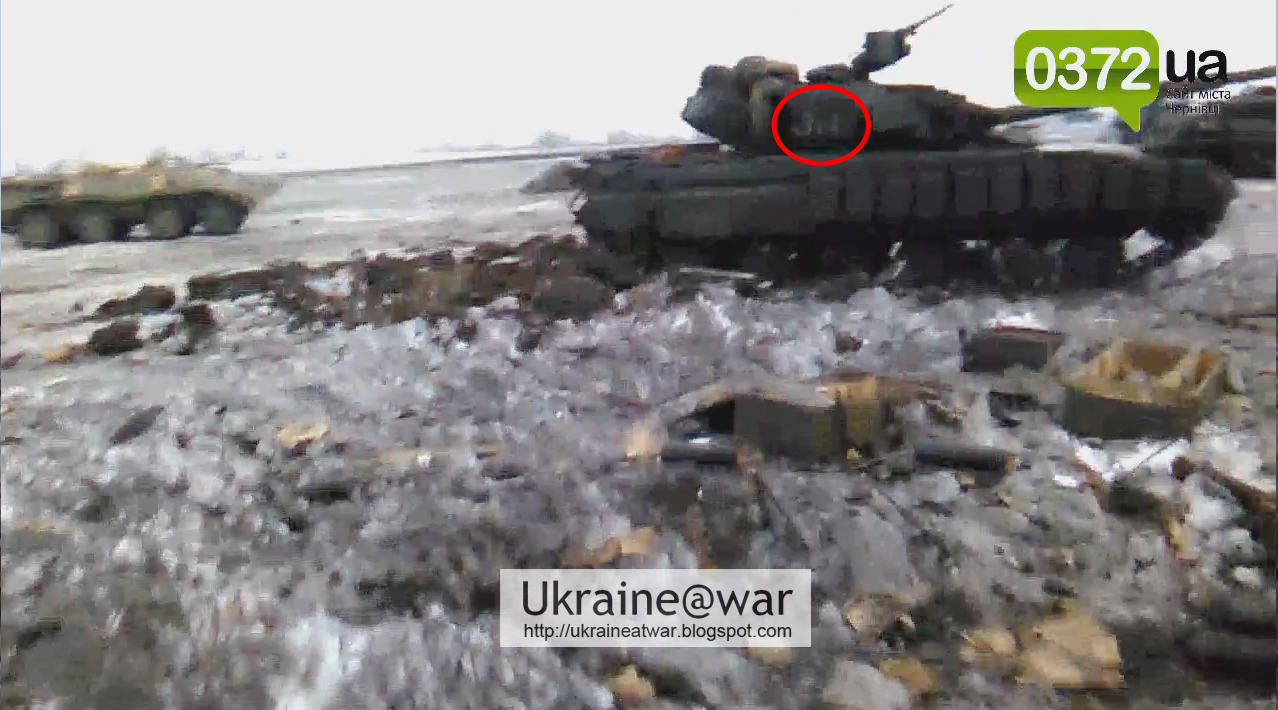 Around Debaltseve most roads DON'T have electricity poles: 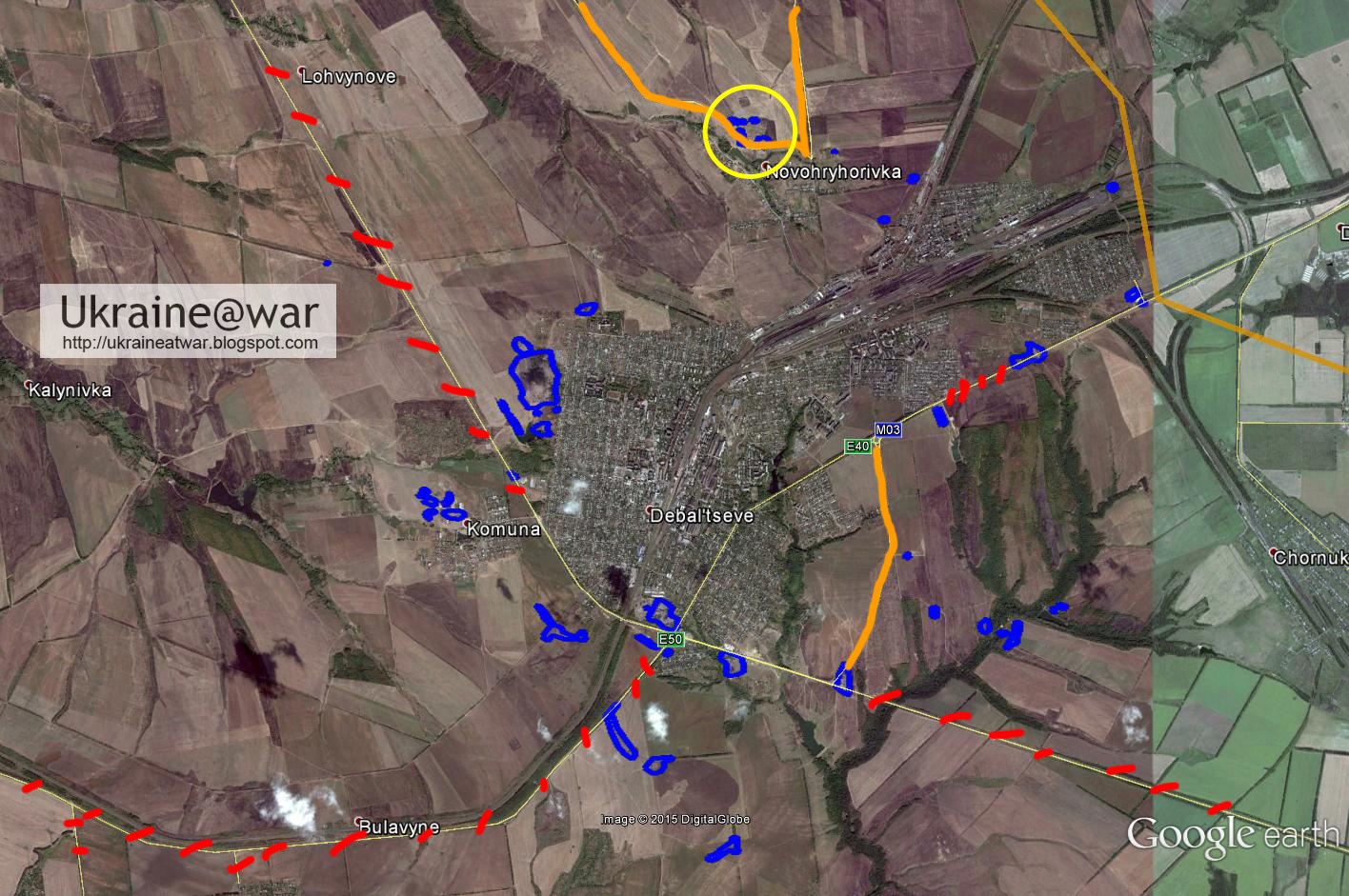 Only the orange ones have them. The SouthWest road does not seem to match with the landscape in the video. But the Northern one does. And there is a known Ukrainian camp there. As can be seen on the Sept 15th satellite image in Google Earth: 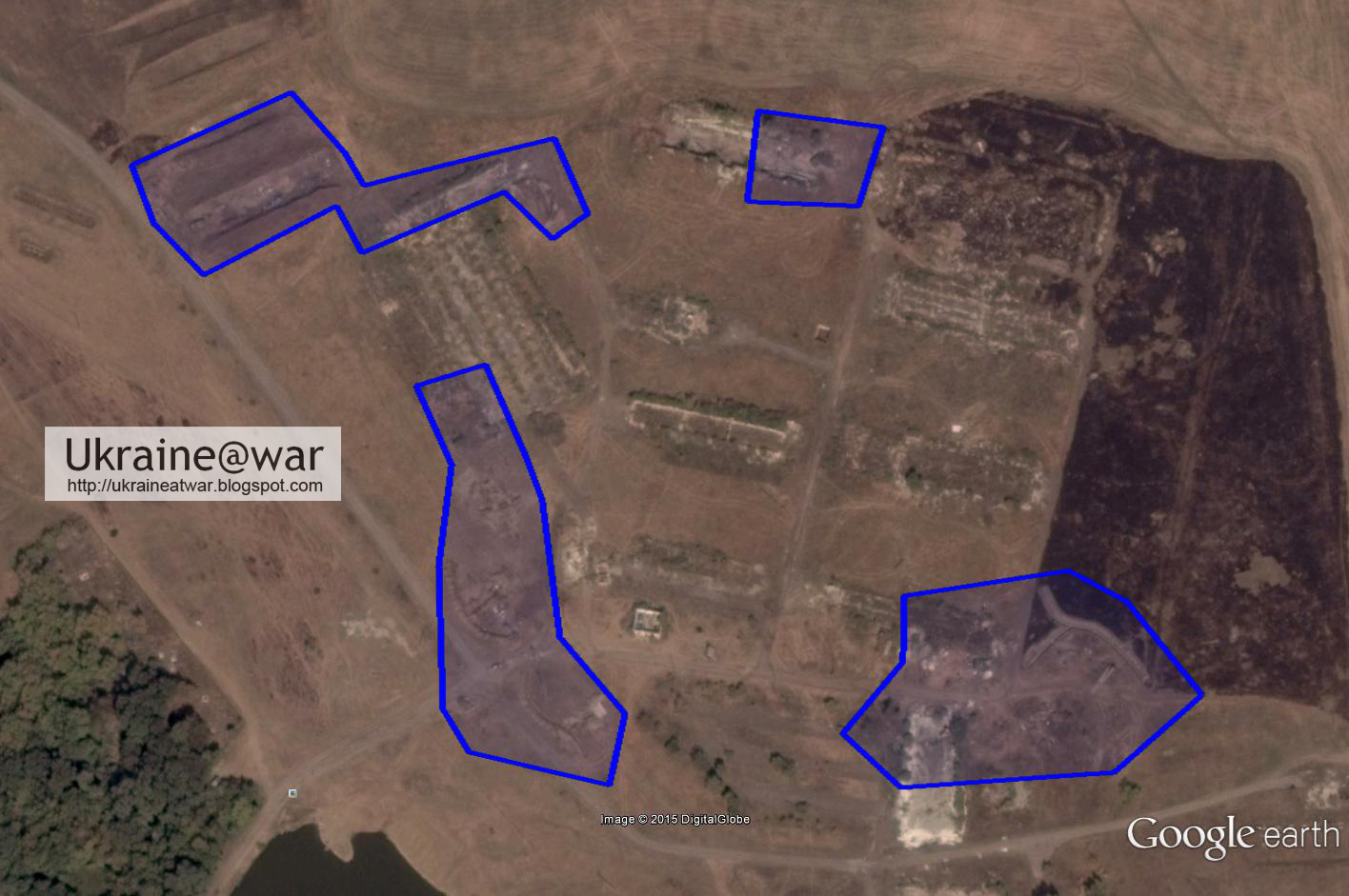 This is an abandoned farm with ruins and would PERFECTLY match the dumping ground-like features we saw in the video.

The cameraman would have been here: 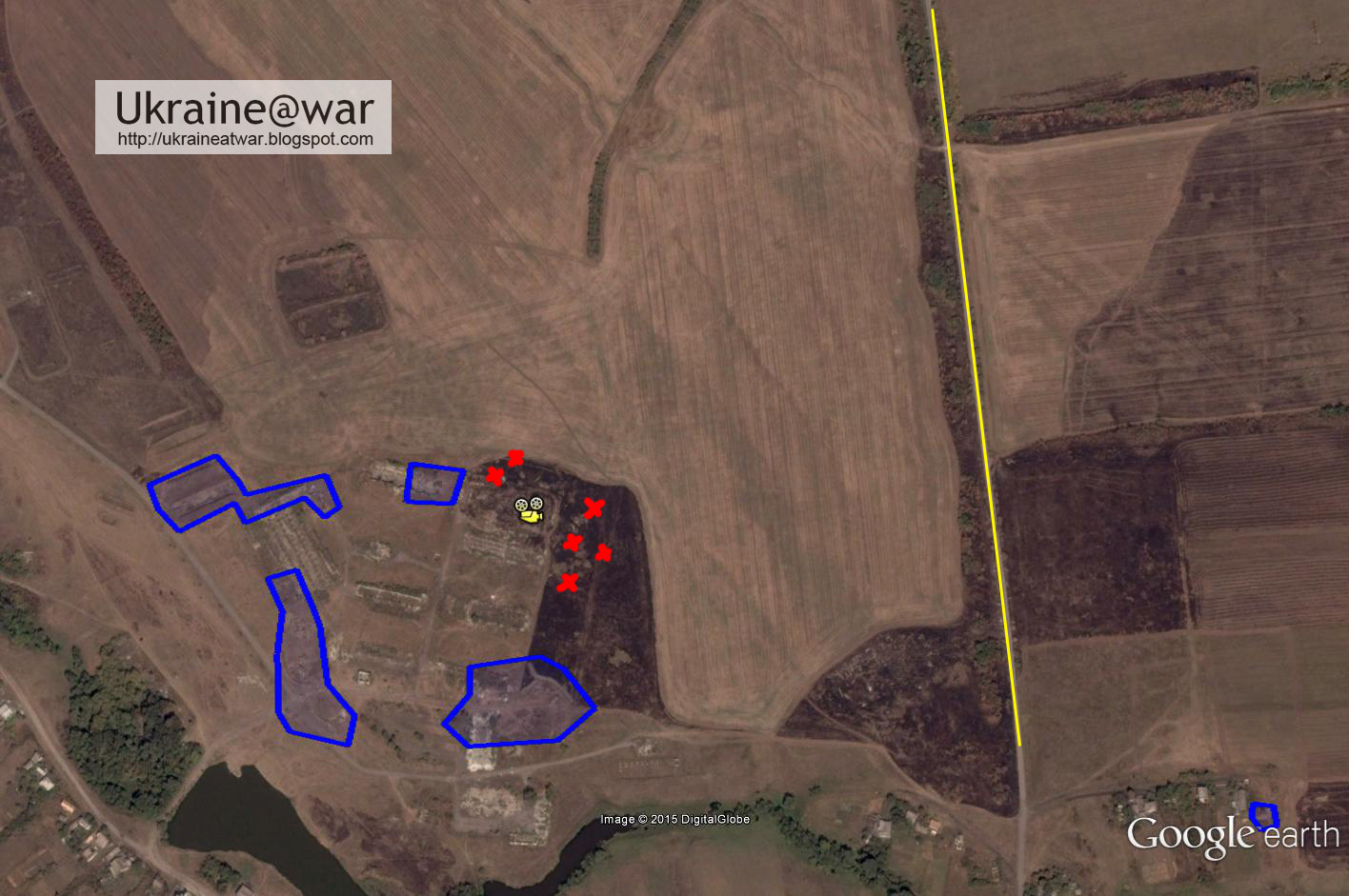 The tanks scattered around the Ukrainian position (red crosses).
The yellow line is the road with trees and electricity poles.
The houses are visible in the bottom.

This would mean the attack would have come from the NorthEast, like this: 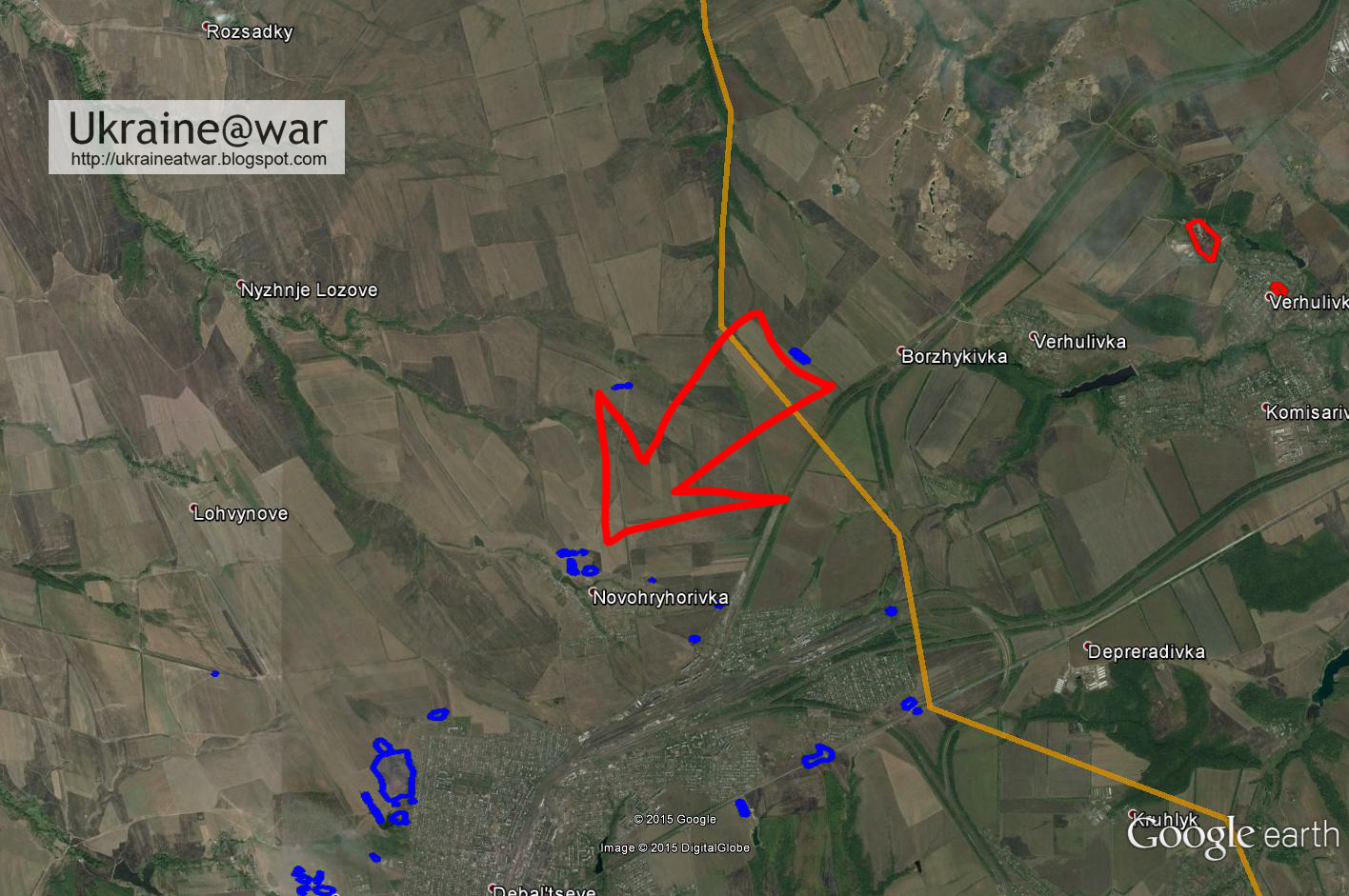 This makes perfectly sense. The maps on MilitaryCraps showed such attacks.
But... they have come VERY close!

Correction: UKRAINE 128th brigade STOLE the tank when it was parked near a house. LOL https://t.co/wfluydsOOx pic.twitter.com/Hed5LX4EgV
— Ukraine@war (@DajeyPetros) February 6, 2015

Although this is a MAJOR defeat for the Russians they have ENDLESS resupplies:

So this will definitely not be the end of it.
AND... meanwhile Ukraine has lost more ground...