In this video you can see a Russian tank in Vuhlehirsk shooting at a 9 level-residential building. A Russian 'reporter' tells some story about Right Sector bla bla and snipers or so.

They had already been shooting it: 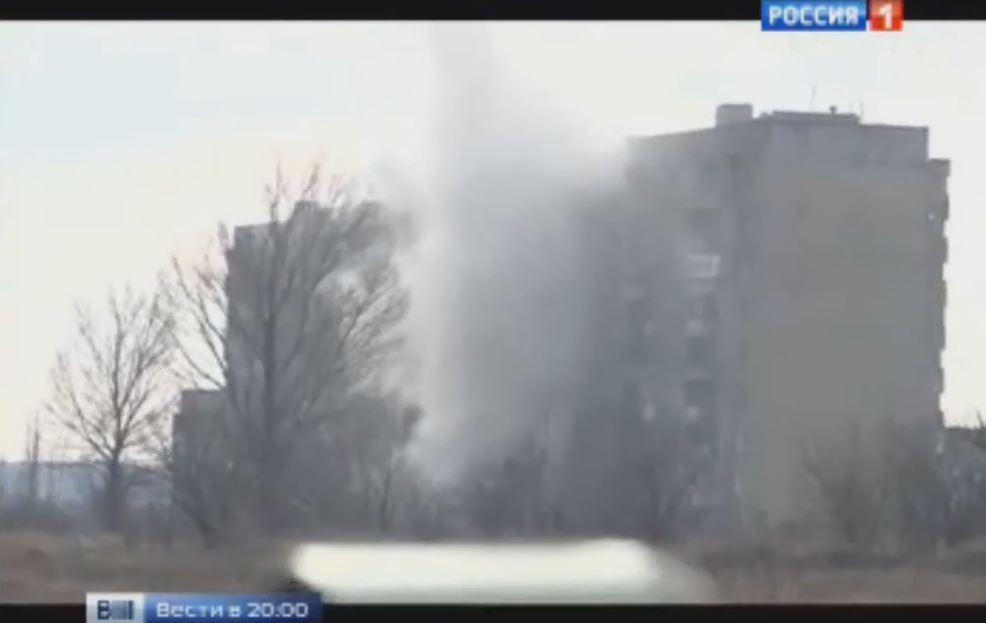 They shoot it again: 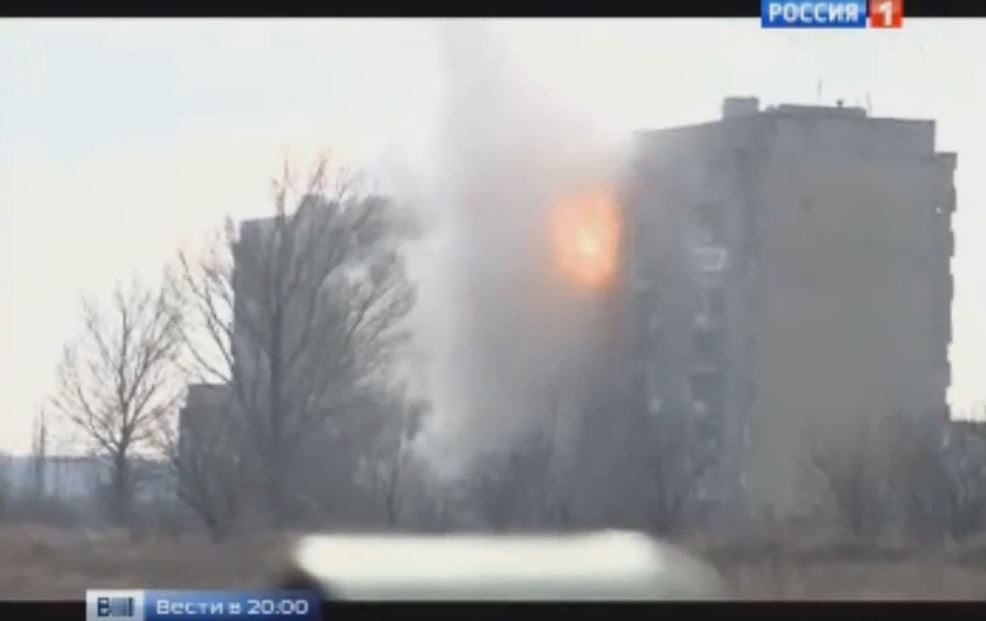 No fighting is going on. Nobody fires back. 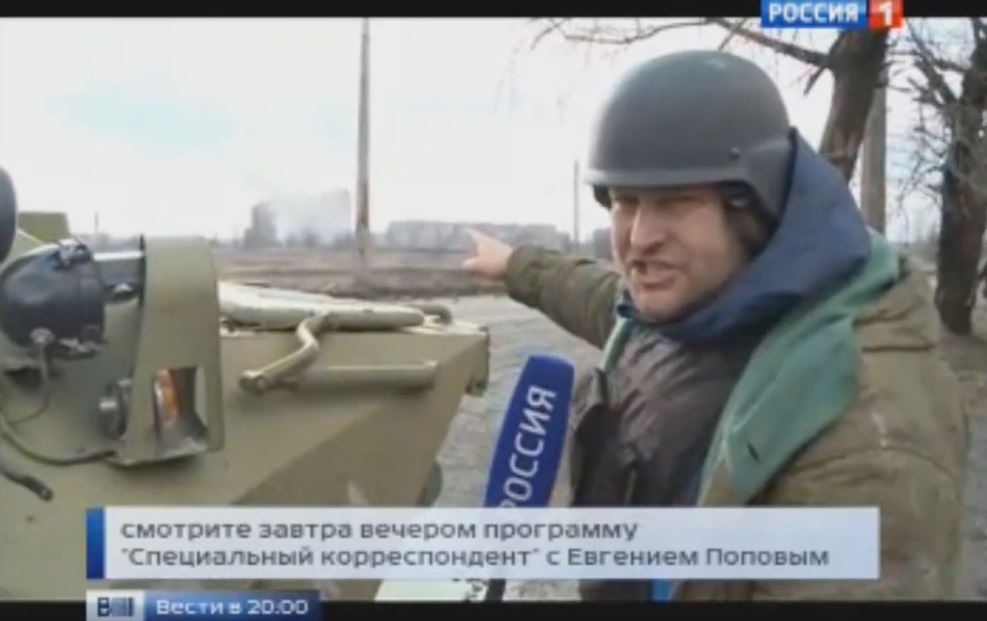 They shoot at the side of the building: 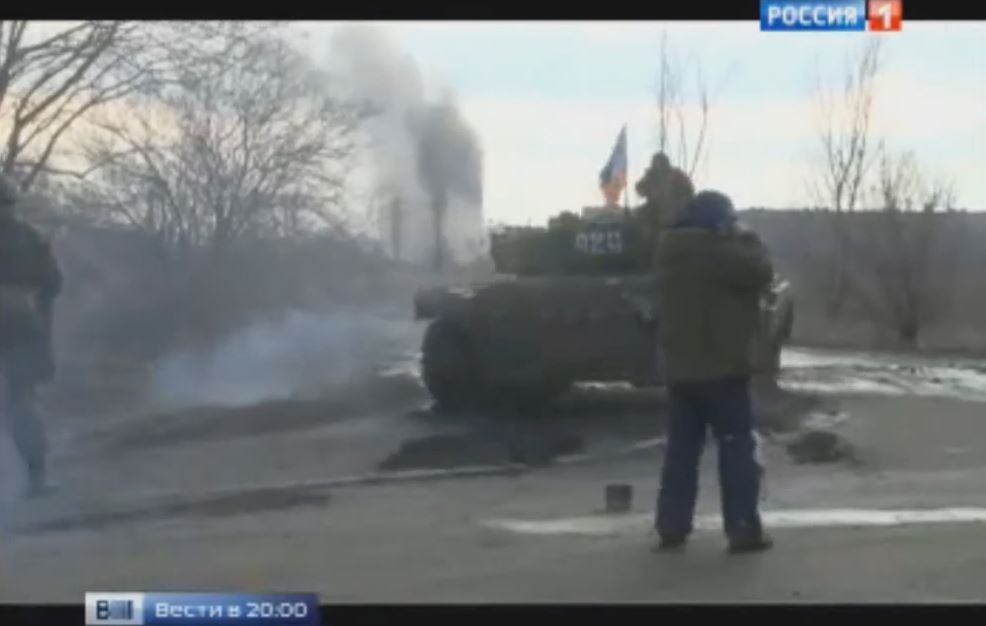 The reporter ducks, but there is nothing going on and he is the only one: 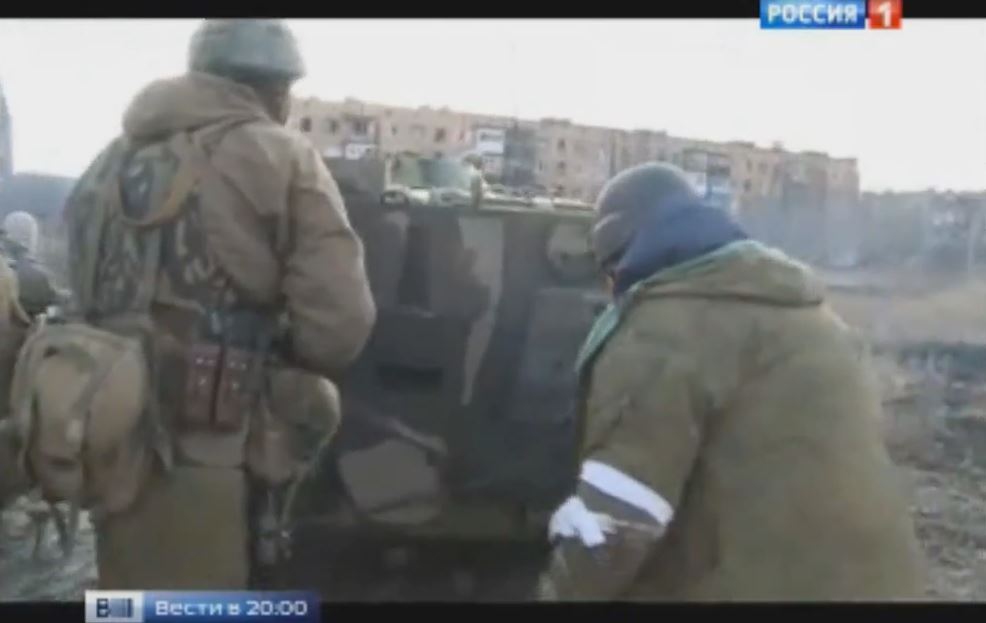 This is were they are: 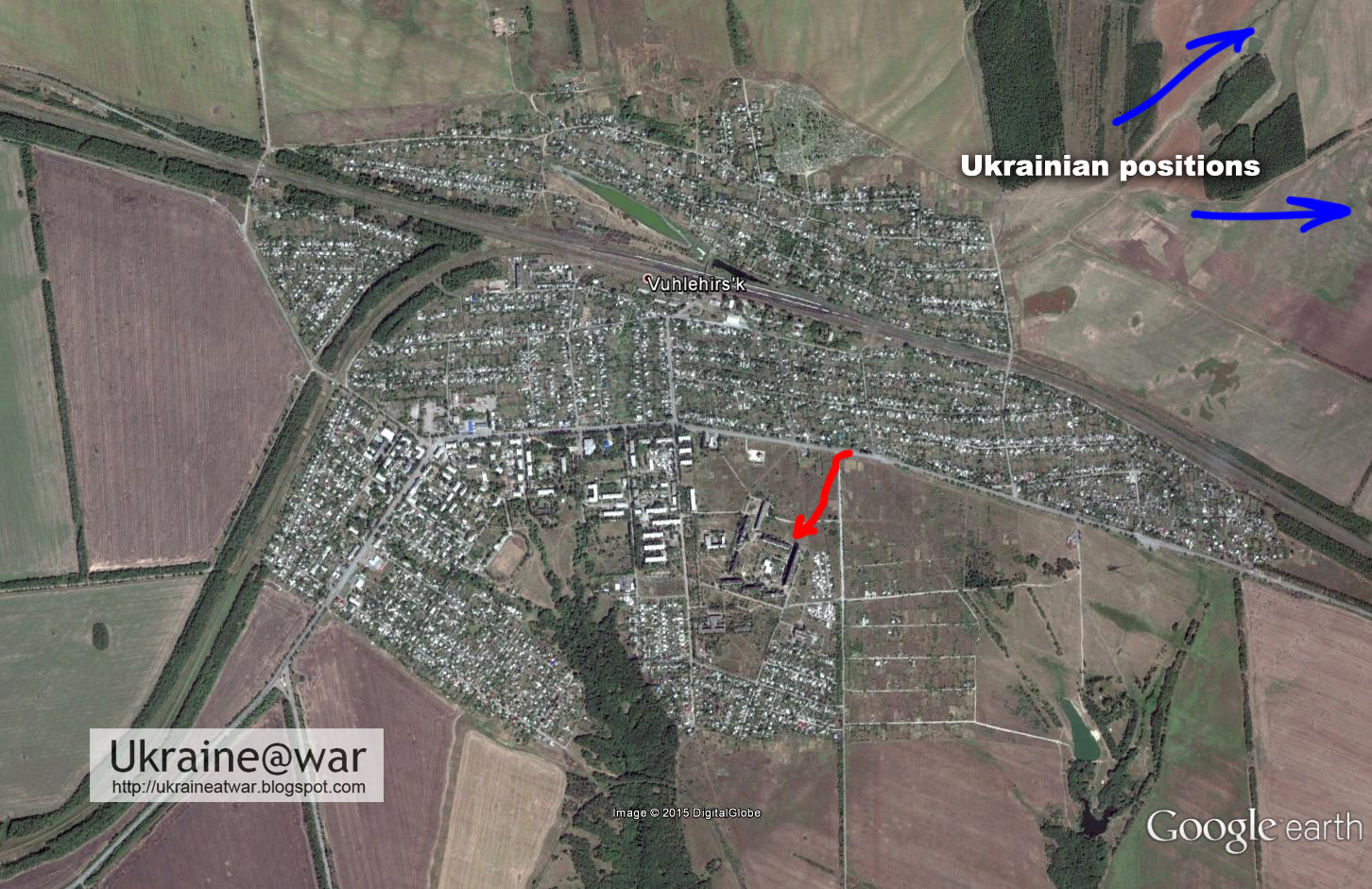 Red arrow = route they take to approach the building 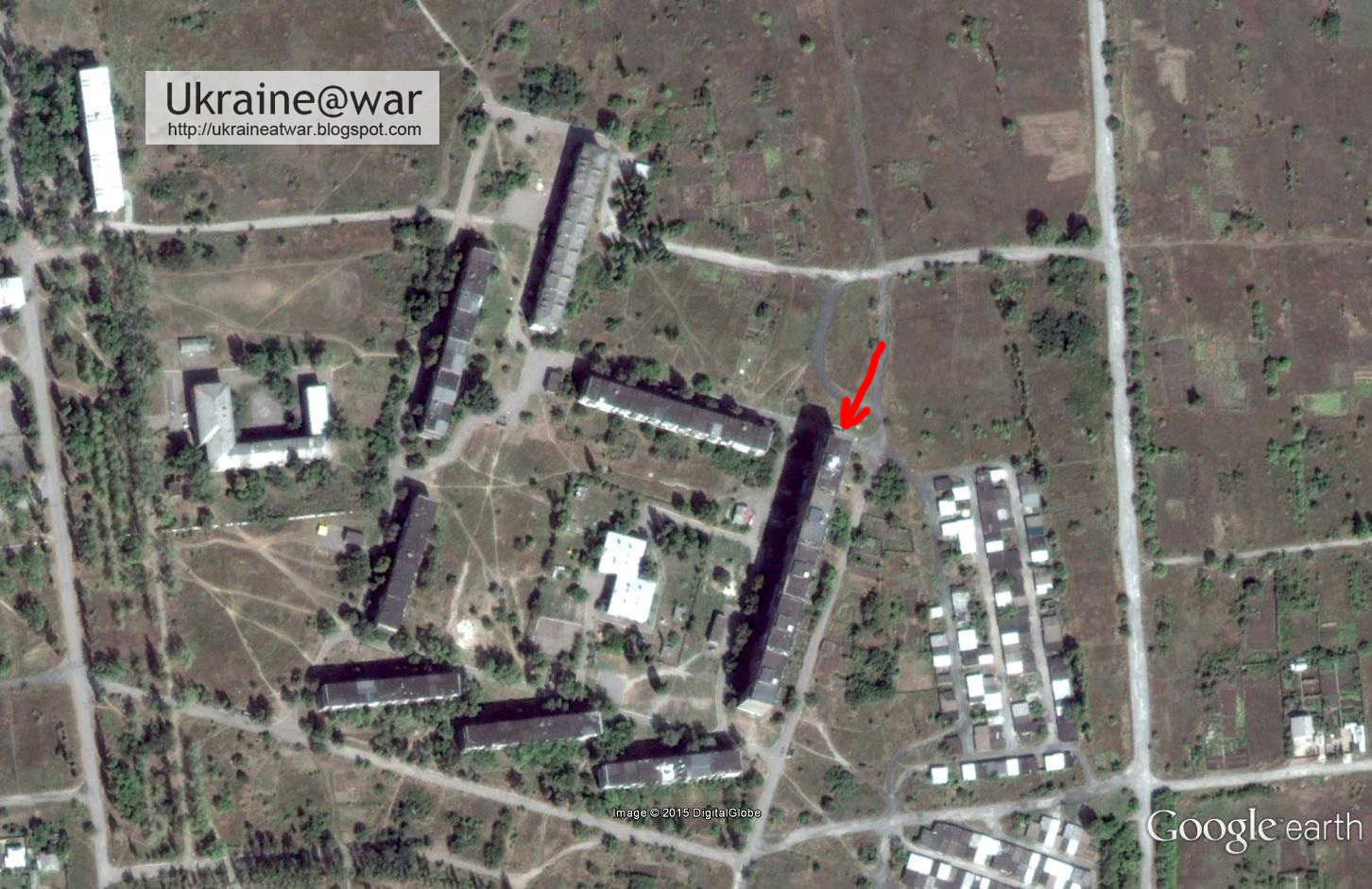 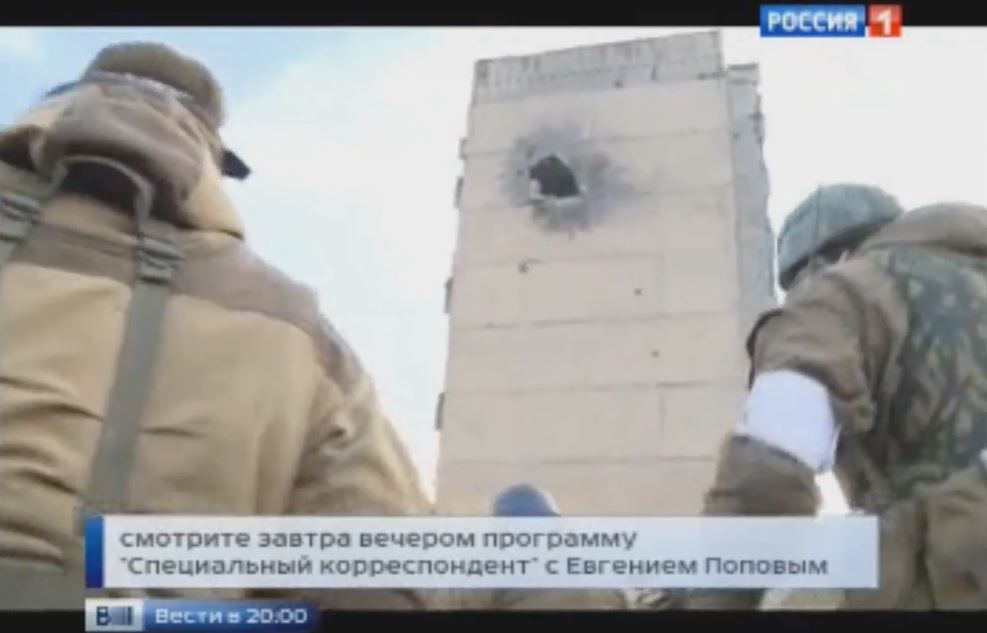 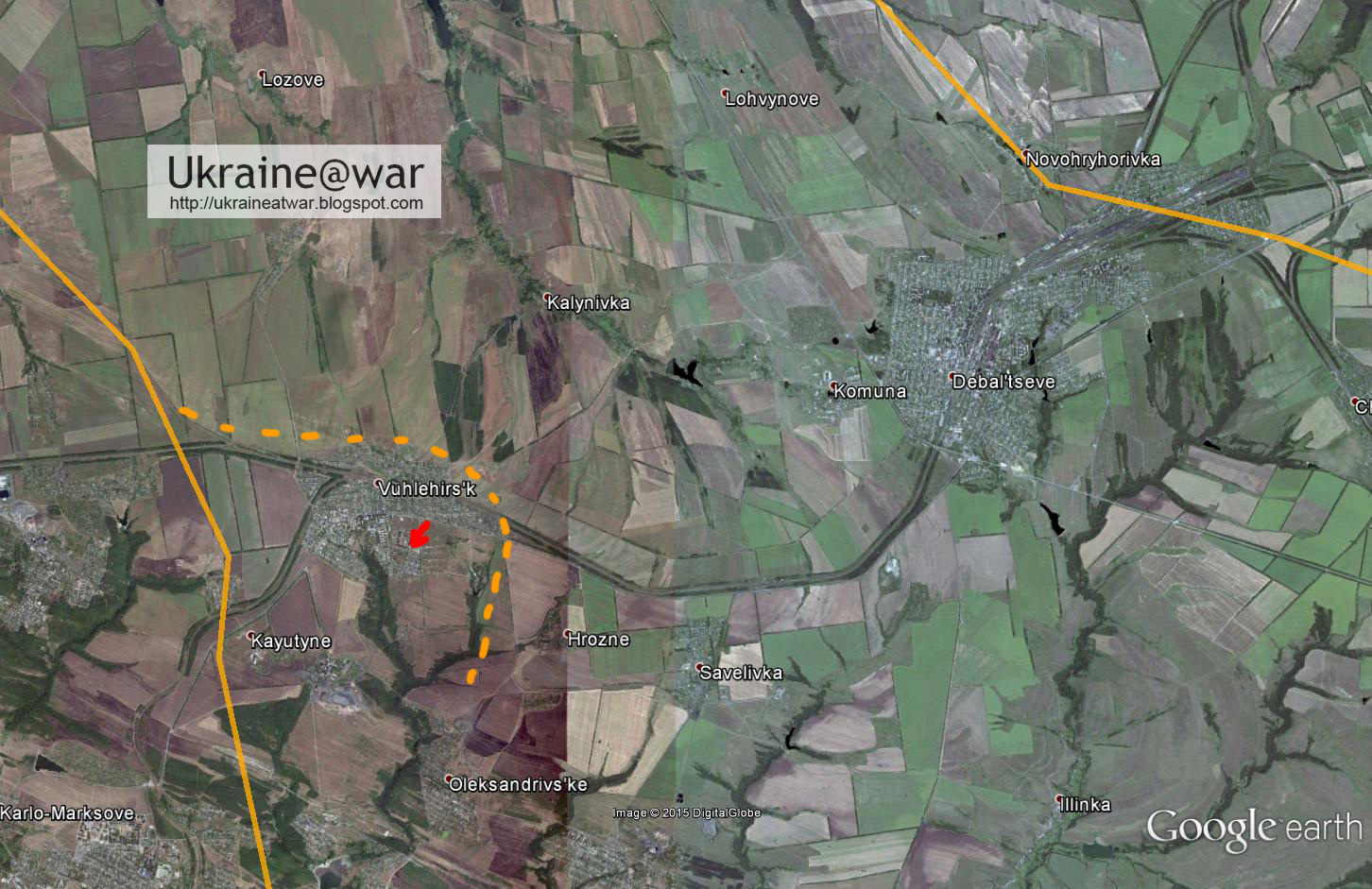 
As can be seen they are in safe area, surrounded by the quarters of Vuhlehirsk. They drive AWAY from the frontline, NOT TOWARDS the frontline.

Furthermore, NO fighting or firing is going on. The reporter ducks his head all the time, but that is just for show.
When they enter the building NO Ukrainian soldiers were found hiding out there.


Conclusion
The Russians shoot with a tank on Ukrainian apartment buildings while there is NO military threat, just for fun and to make some good Russian tv.
Such kind of senseless destruction against civilians property is a war crime. It is very well possible that civilians may have got killed or wounded because of this.

In this video the Russian are filming civilians fleeing from Vuhlehirsk and they are HELPING THEM:

But @Conflict_report noticed something VERY INTERESTING:


#BreakingPictures Civilians indeed came from the S-E (out of #Vuhlehirsk) and had to queue from the north. #Ukraine pic.twitter.com/WVJy7FaYY2
— Conflict Reporter (@Conflict_Report) February 3, 2015

The people are waiting in line to go into the direction THEY CAME FROM!!!

Furthermore... there are not very many people!!
This screenshot had the most people at the same time: 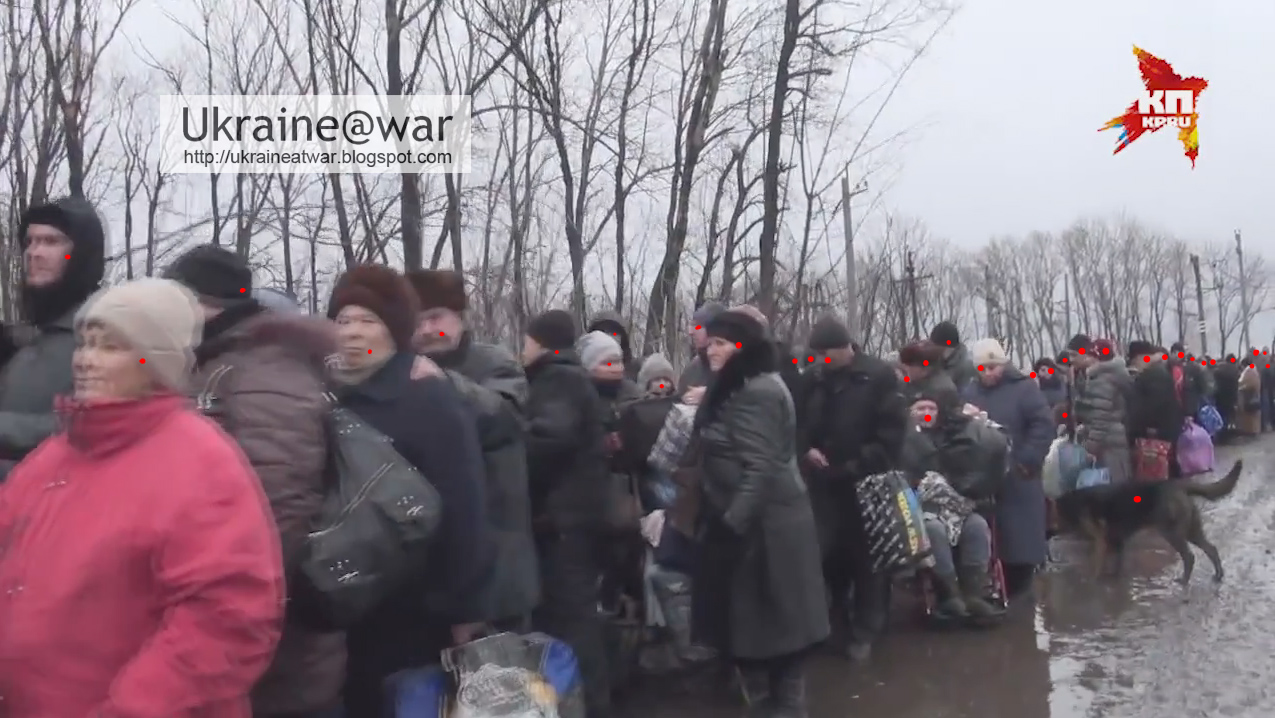 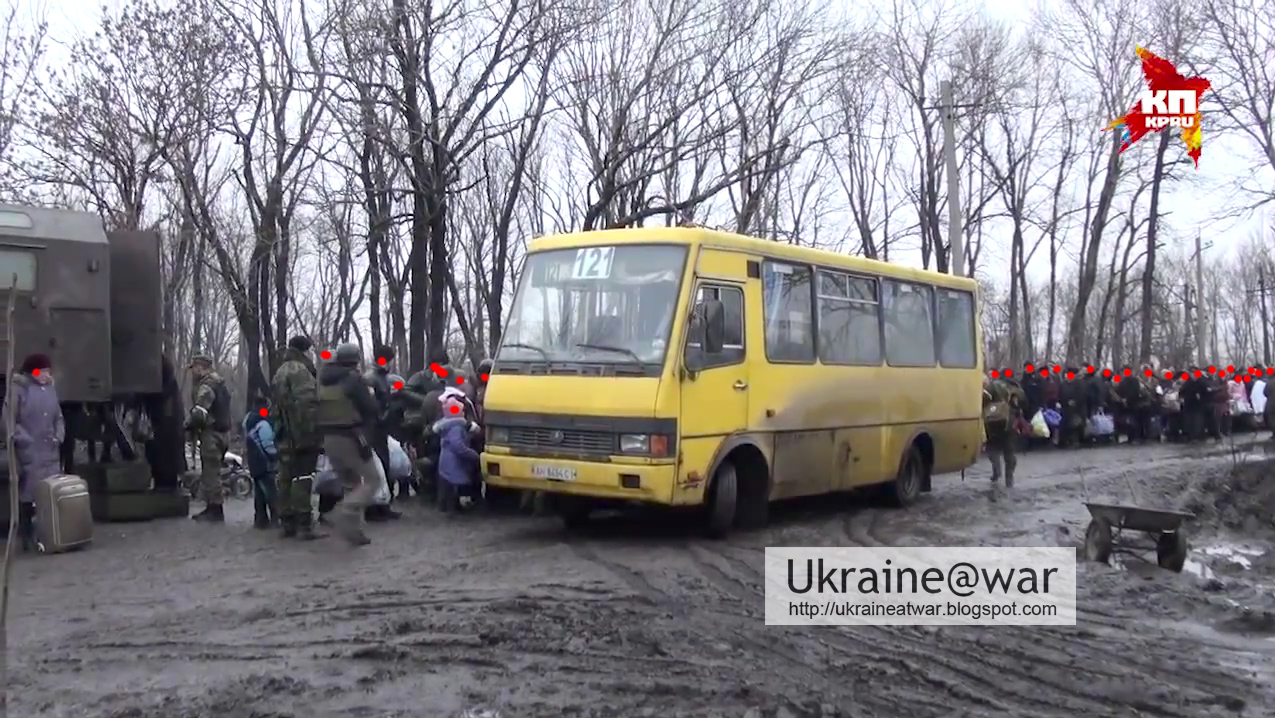 31 people and there is only ONE yellow bus. 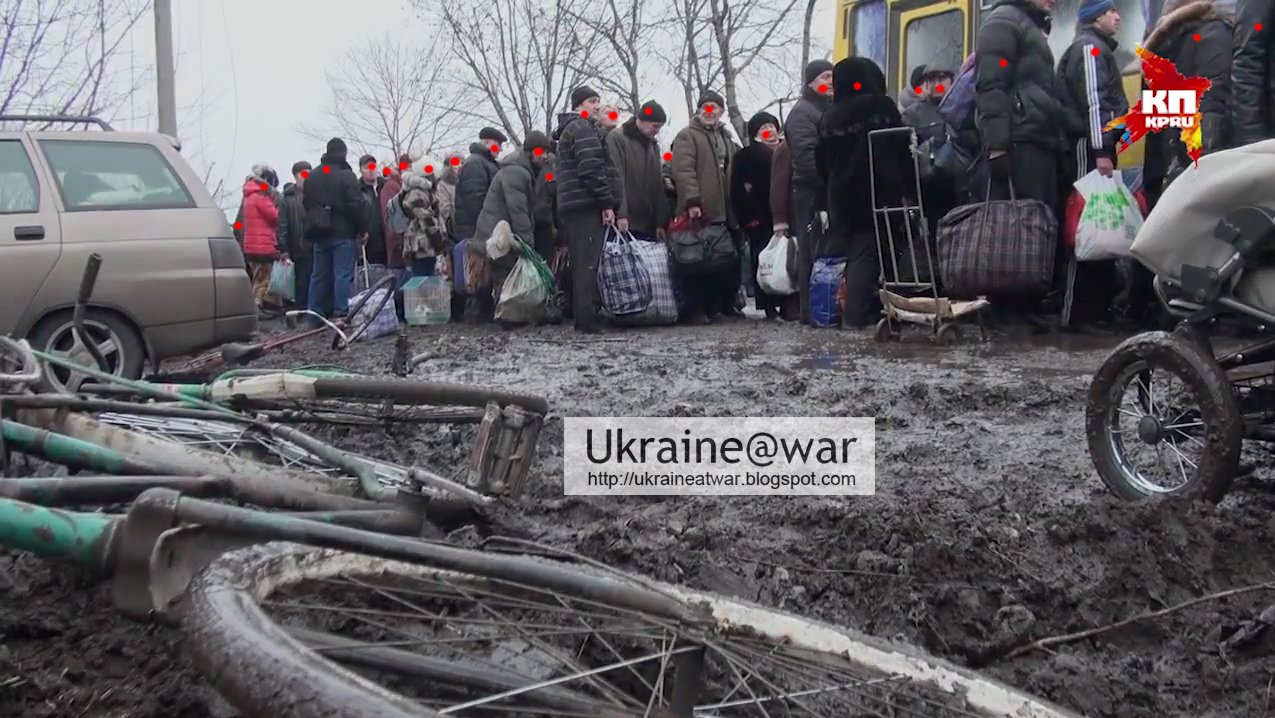 26 people in the shot from the other side.

So lets take a really big margin and say there were 150 people.


Now look at this video!

This is a KILOMETERS long row of waiting cars on the road from Donetsk to to Kurakhovo on January 20th.

That road is here: 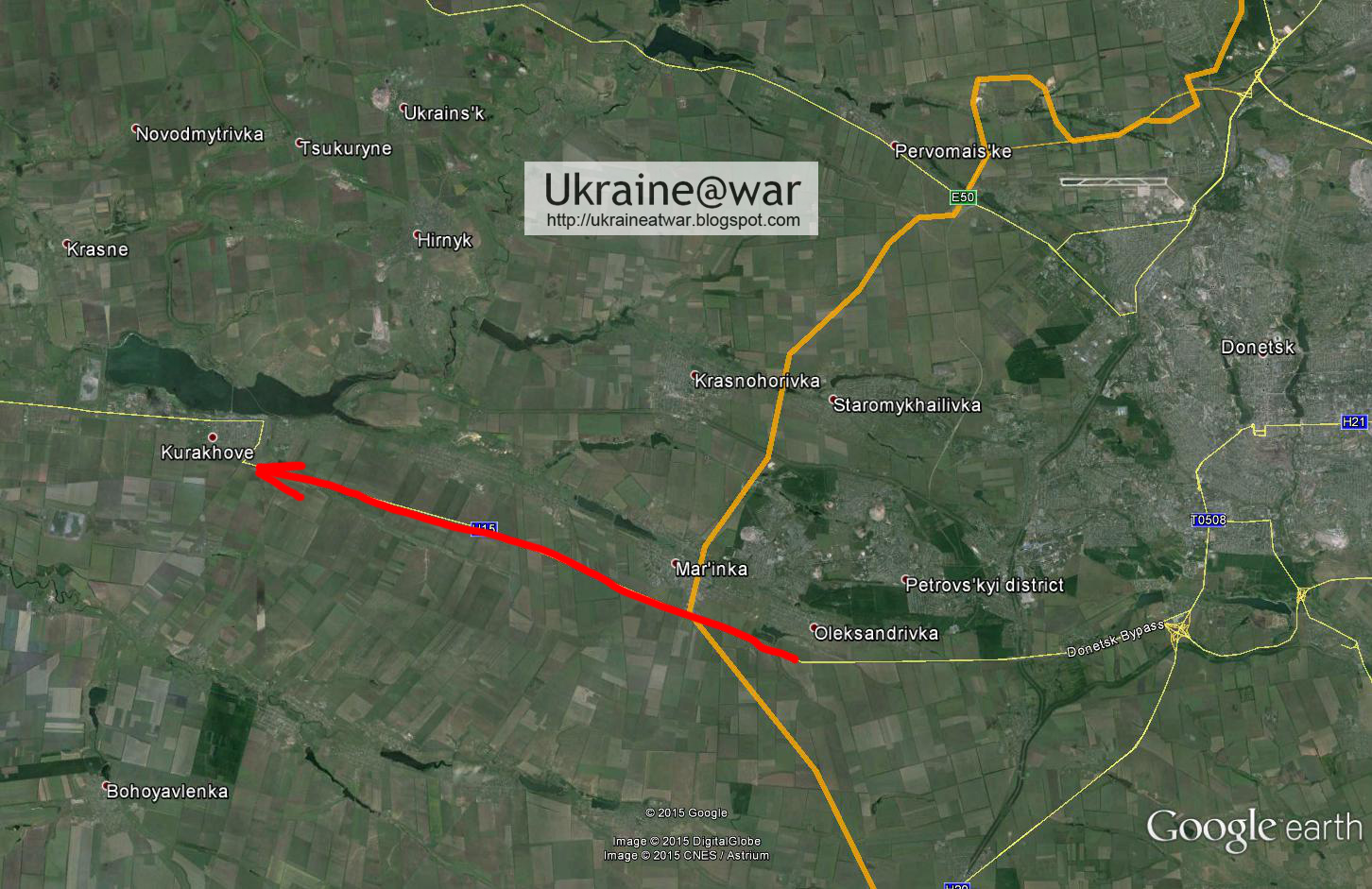 THAT's how many civilians are fleeing from the horrors that Russia brings over their land!


So what about these 150?
When you don't have gas or electricity or water or bread to eat and you can get a couple of rubles and a bus ticket out of the war zone... some people do this. They don't care about what's will be done with the footage. They only try to survive.


For Russia East-Ukraine is just a deadly reality show that they write, direct and film themselves...