Valdimir Petrov @_hedder found evidence of a Russian artillery unit shelling Ukrainian positions from Russian territory, because a soldier from this unit is posting photos on his VKontakte page (the Russian Facebook). Or course immediately after discovering this, his page has been deleted. But the info is still here:

The smartest part about this is, that the geotag shows where he is:

And the geotags in his photos: 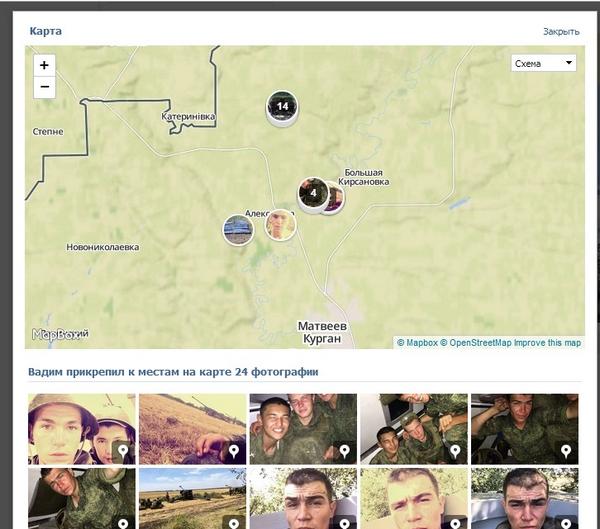 This is indeed the area of heavy fighting where Russia tries to cut of the Ukrainian units that patrol the border.

This is the effect (in the south):


This is not an incident. Russia is constantly attacking Ukraine across the border. See this blog.

This is how that shelling looks on Ukrainian side:


Spread the news, retweet this: