Reports are out that a Ukrainian camp near Zelenopole (or Zelenopillya) has been attacked by GRADs at 5:00 am in the morning and was completely destroyed.

InfoResist writes about it here. A certain Vladimir Parasyuk writes on his facebook page that there are 30 killed and 100 wounded:


"Just reported very bad news. Today at 5:00 am in s.Zelenopole, Lugansk region. Russian militants from the installation "Grad" fired our guys with 24 motorized brigade (Yavorovschina, Lviv region). A large number of wounded and killed. No connection, all burned. Reinforcements coming. About this horror I was informed by my brother, who is now there. According to unofficial data, the number of our guys killed 30 and wounded more than 100."

Immediately Russian news site Lenta.ru published a report where Strelkov confirmed this. "Yes, they were all trashed."

Later the official number is turned down to 19 soldiers and 4 border guards killed.
But some insist it is more:

This is where Zelenopole is: 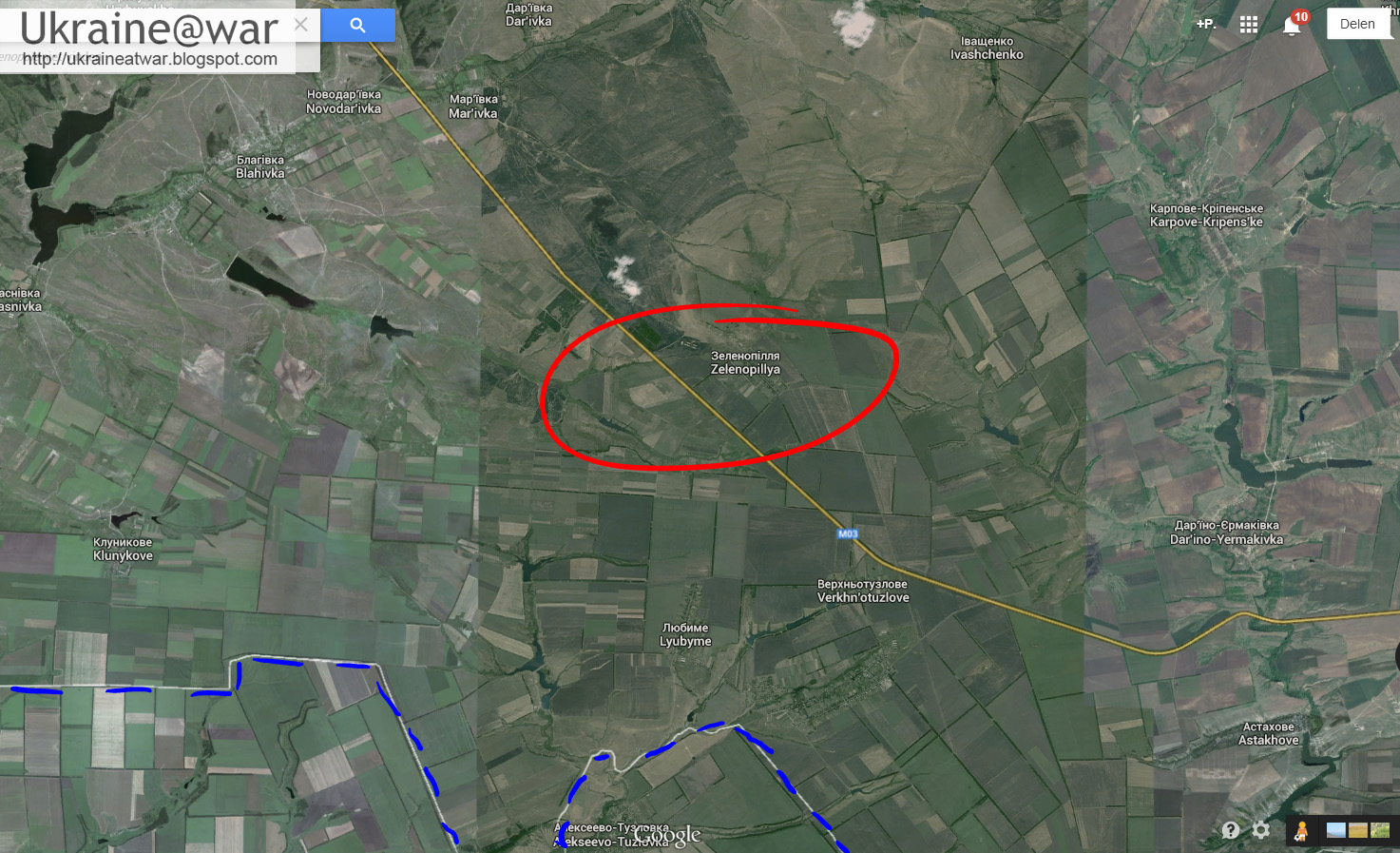 On a larger scale from MilitaryMaps: 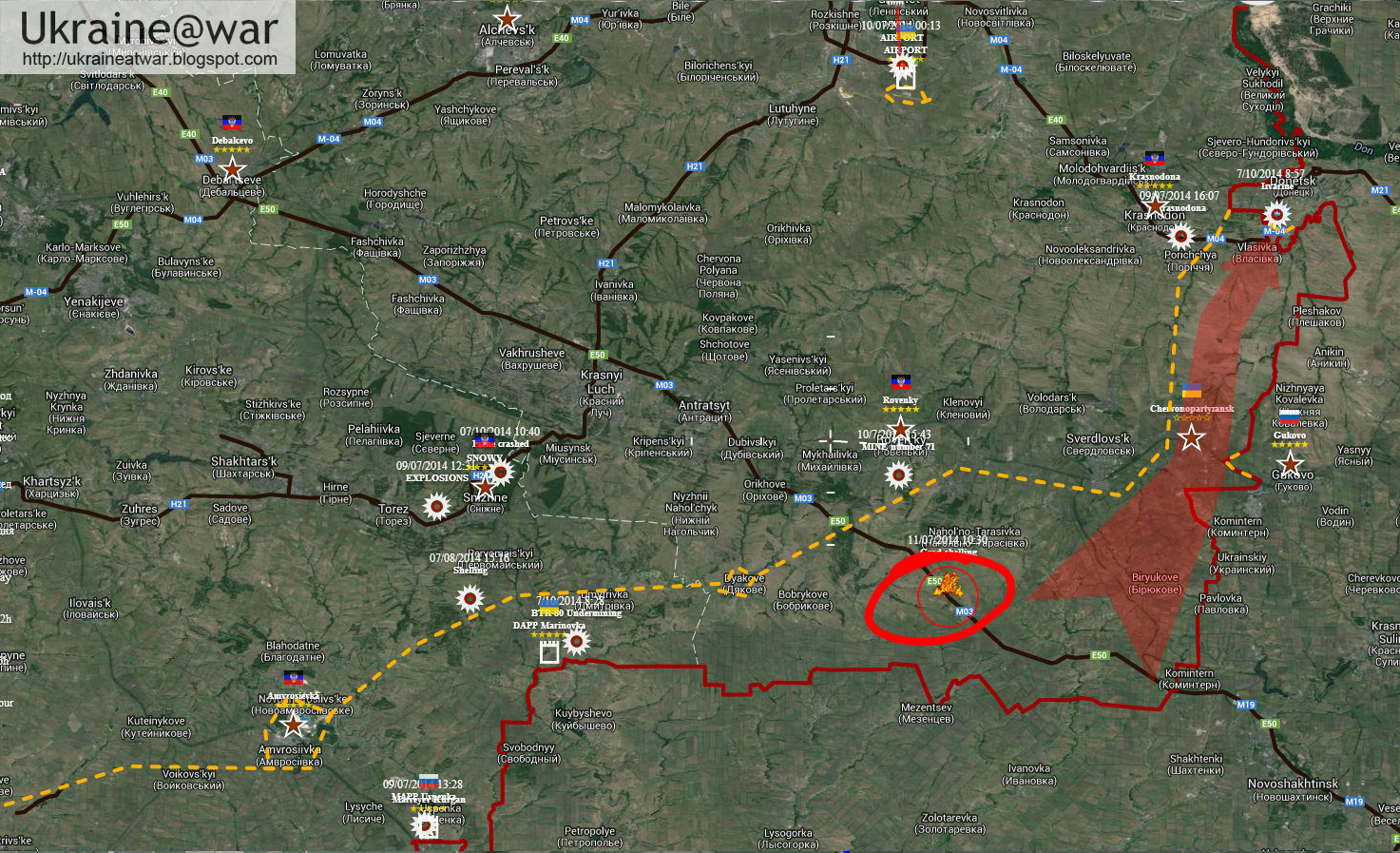 This facebook-page reports about it. It's from Kostyantyn Polyakov, who says it's the 79th brigade.
Here is the original facebook-page from Vladimir Parasyuk. He says it concerns the 24th motorized Brigade (Yavorivshchyna, Lviv region), which contradicts the '79th brigade'.
This source says it concerns BOTH 24th and 79th. And it says adviser to the Minister of Internal Affairs Zorian Shkiryak confirms that at least 25 have been killed.

This is a Ukrainian agency reporting about it and ATO confirms what happened, but cannot say anything about the number of casualies. Parasyuk is called 'an activist'.

Probably this is a photo when the camp was still intact: 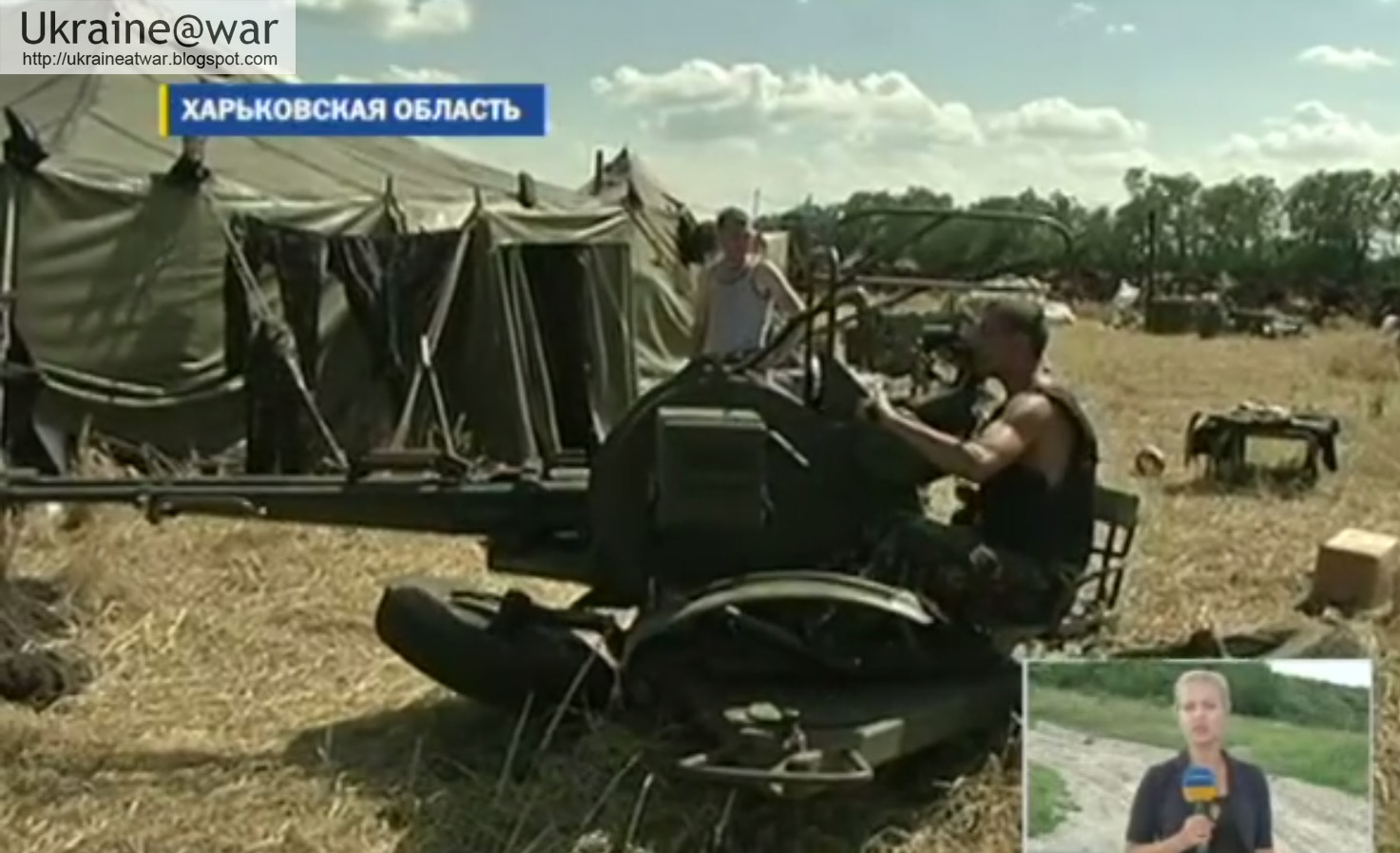 This is a photo of the destruction (click to enlarge): 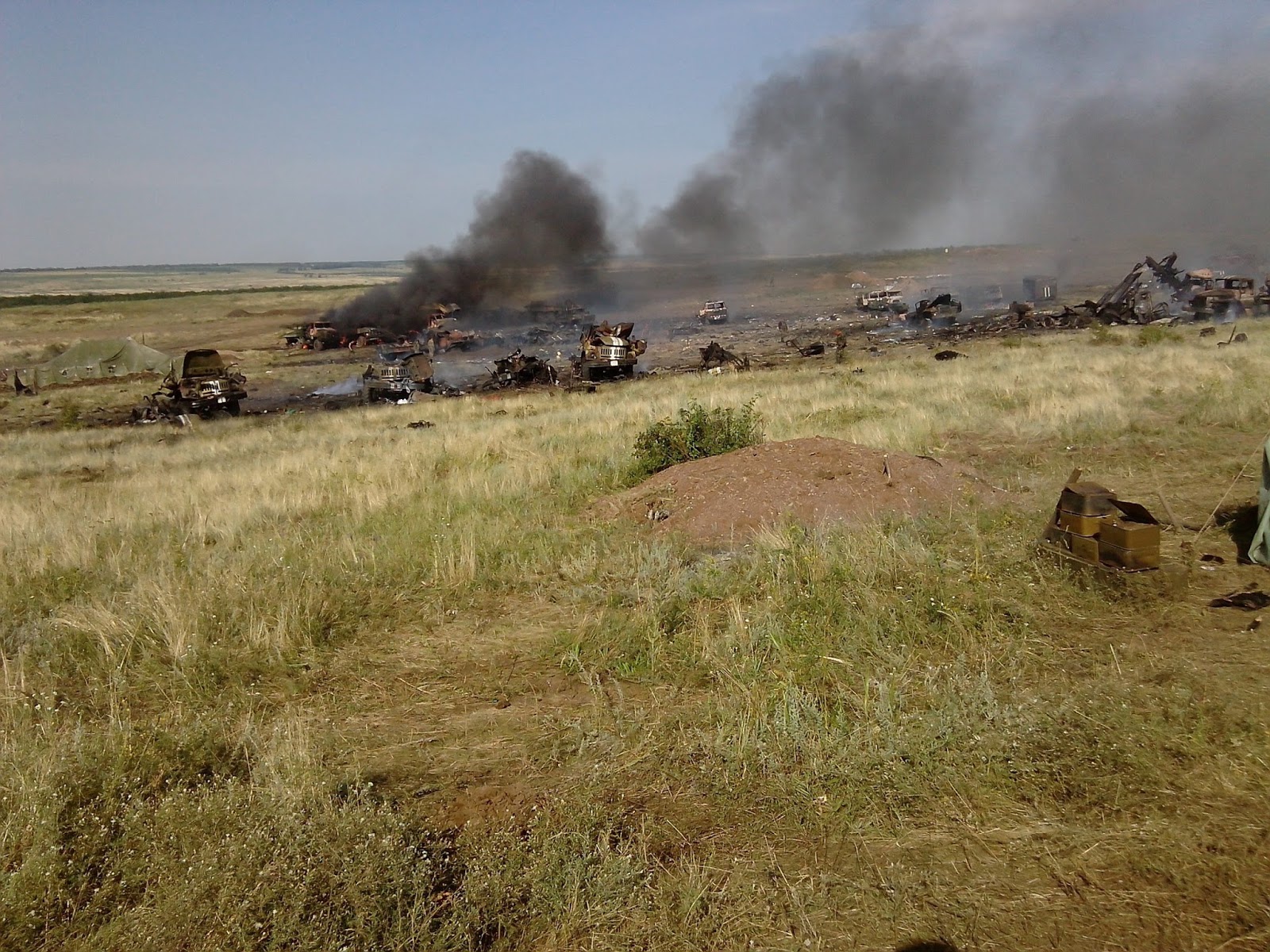 About 20 destroyed vehicles can be counted.
This camp is completely in the open. There is NO COVER at all? Who decided to park here?

A military expert told me that one night camps indeed may want to camp in circle in open field to have good view and line of fire in all directions. Yet, it is deadly for GRAD-attacks. So a drastic change of tactics is needed here. 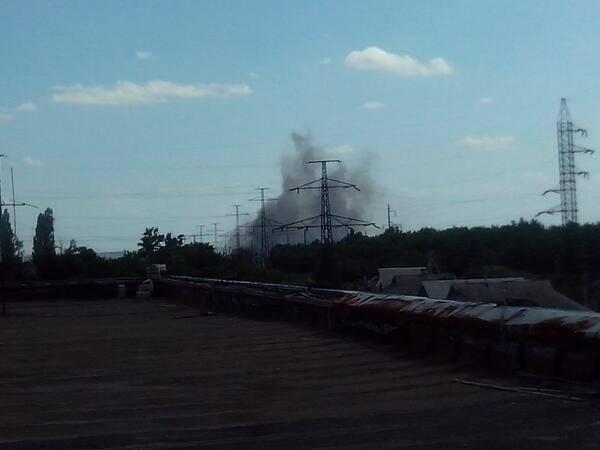 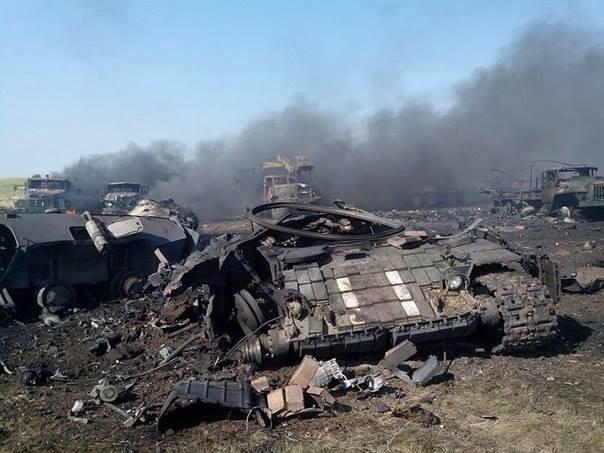 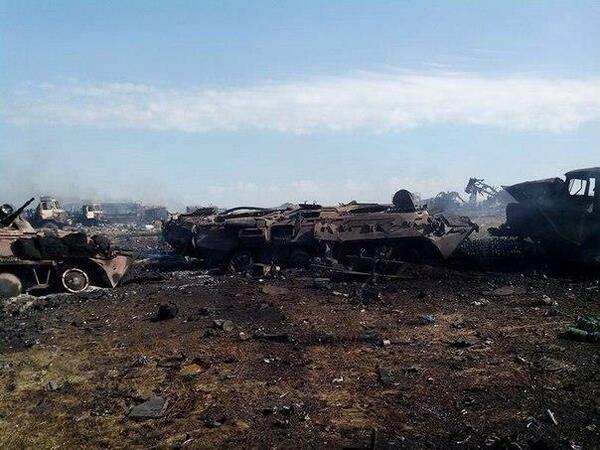 1st brigade 79th regiment camp was scouted by UAVs & shelled after, which all came fr #RUS side. This is 1st incident DIRECTLY by #RUS army.
— lennutrajektoor (@lennutrajektoor) July 11, 2014

If this true... I have no words right now.

Zelenopole and its surroundings are definitely within the 20 km range of a normal GRAD: 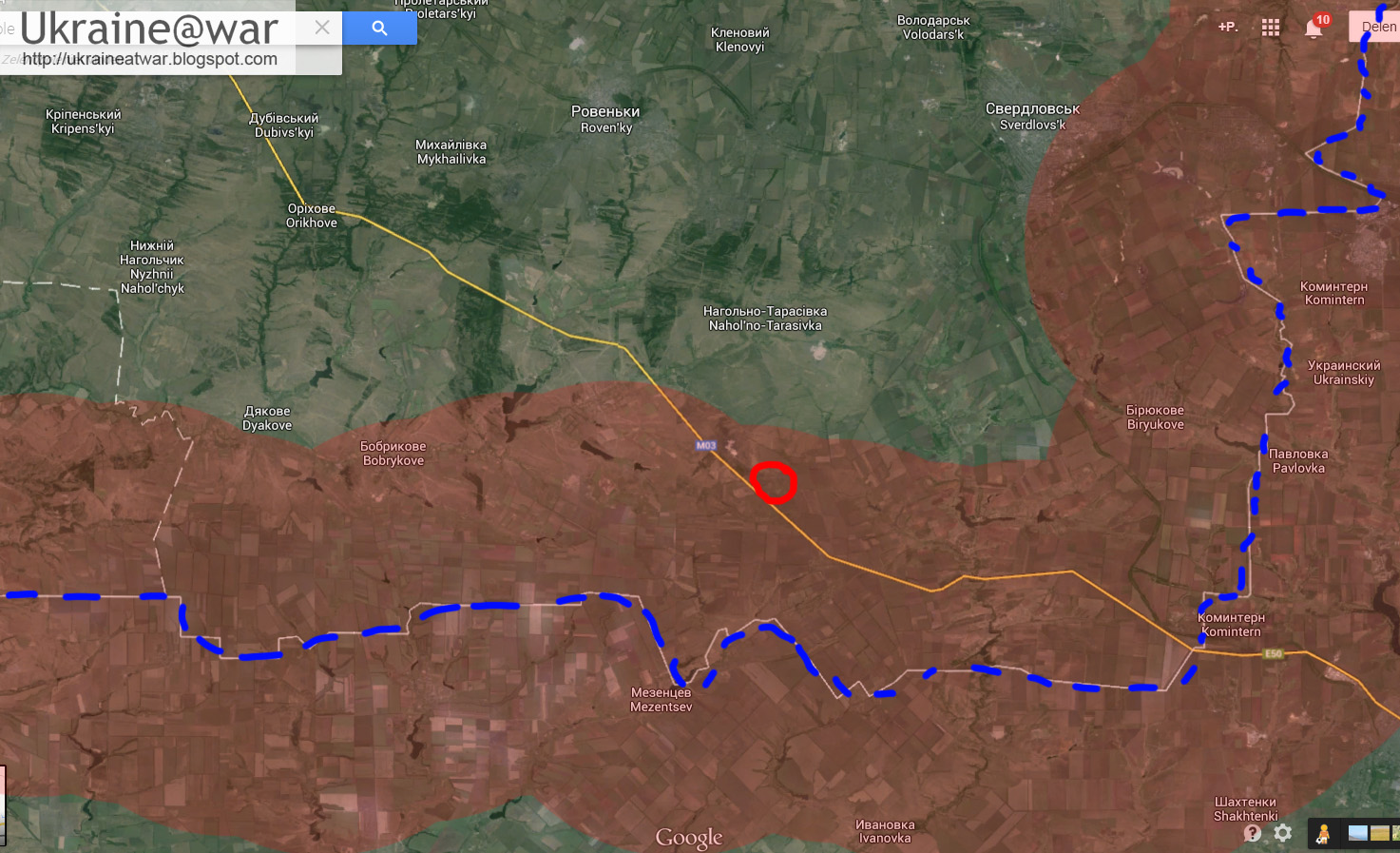 So it could very well be possible that a unit fired on the camp just before or after crossing the border.

To avoid villages, this would have been the best spot to launch this attack: 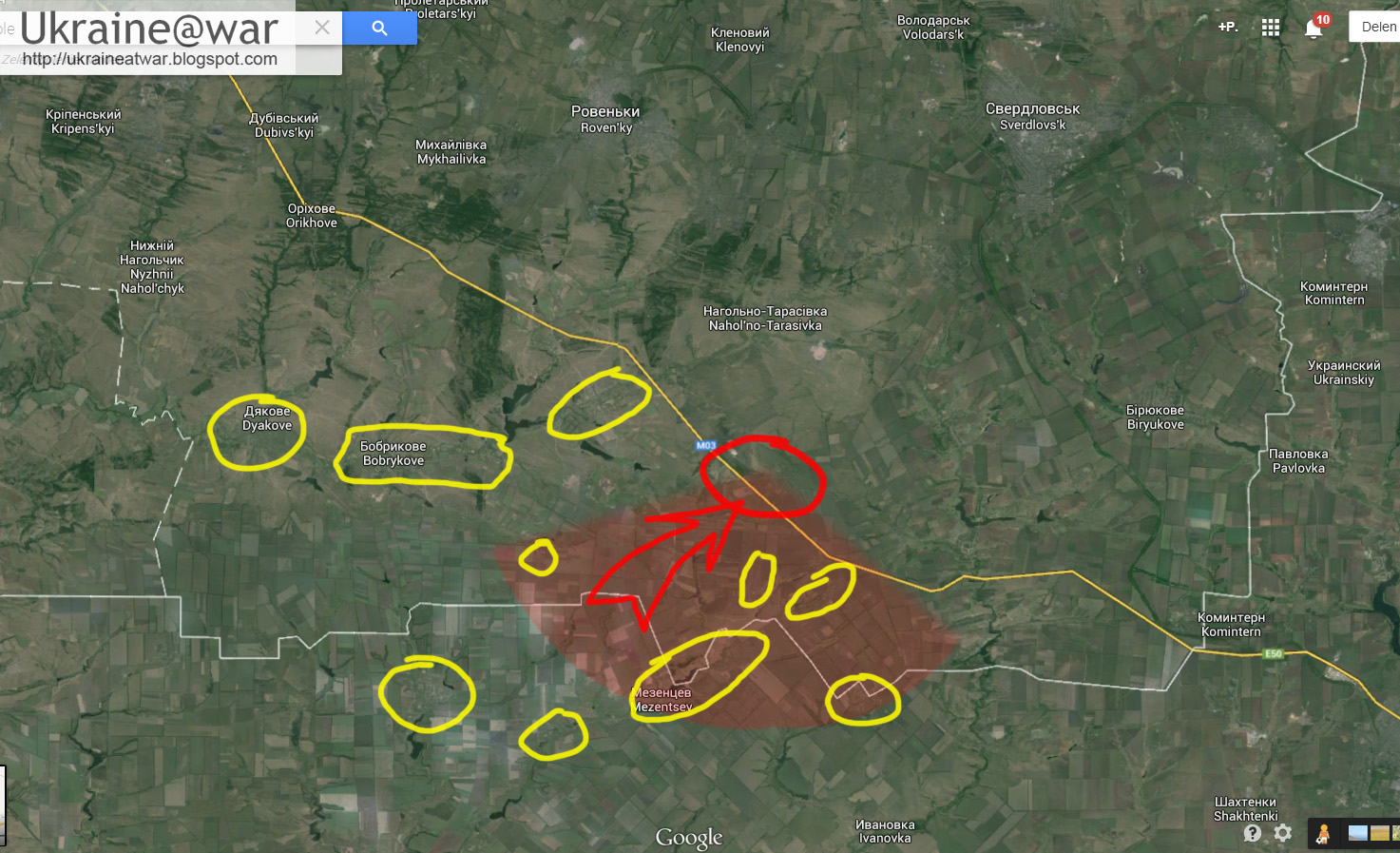 There is even a road/path that leads to there: 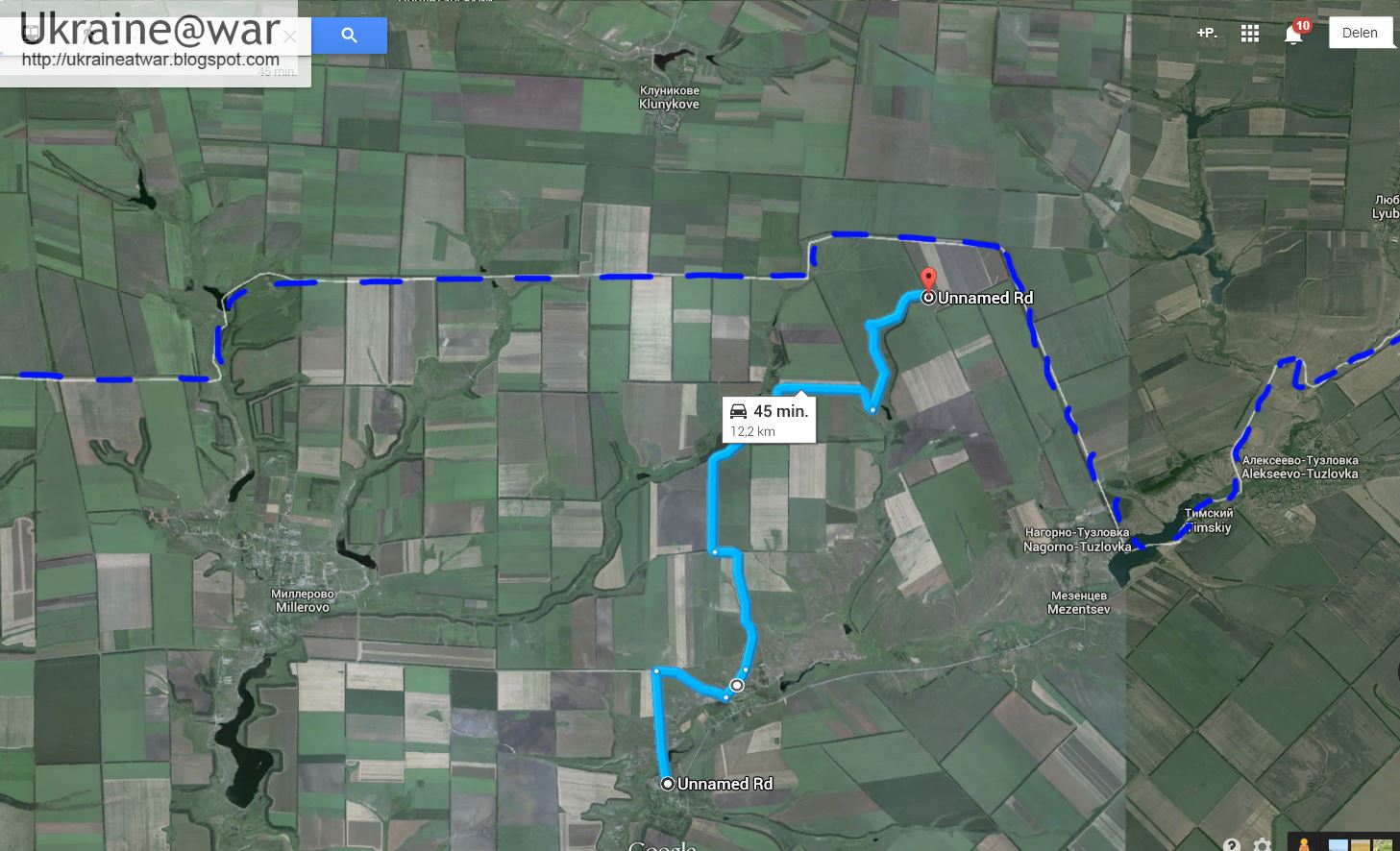 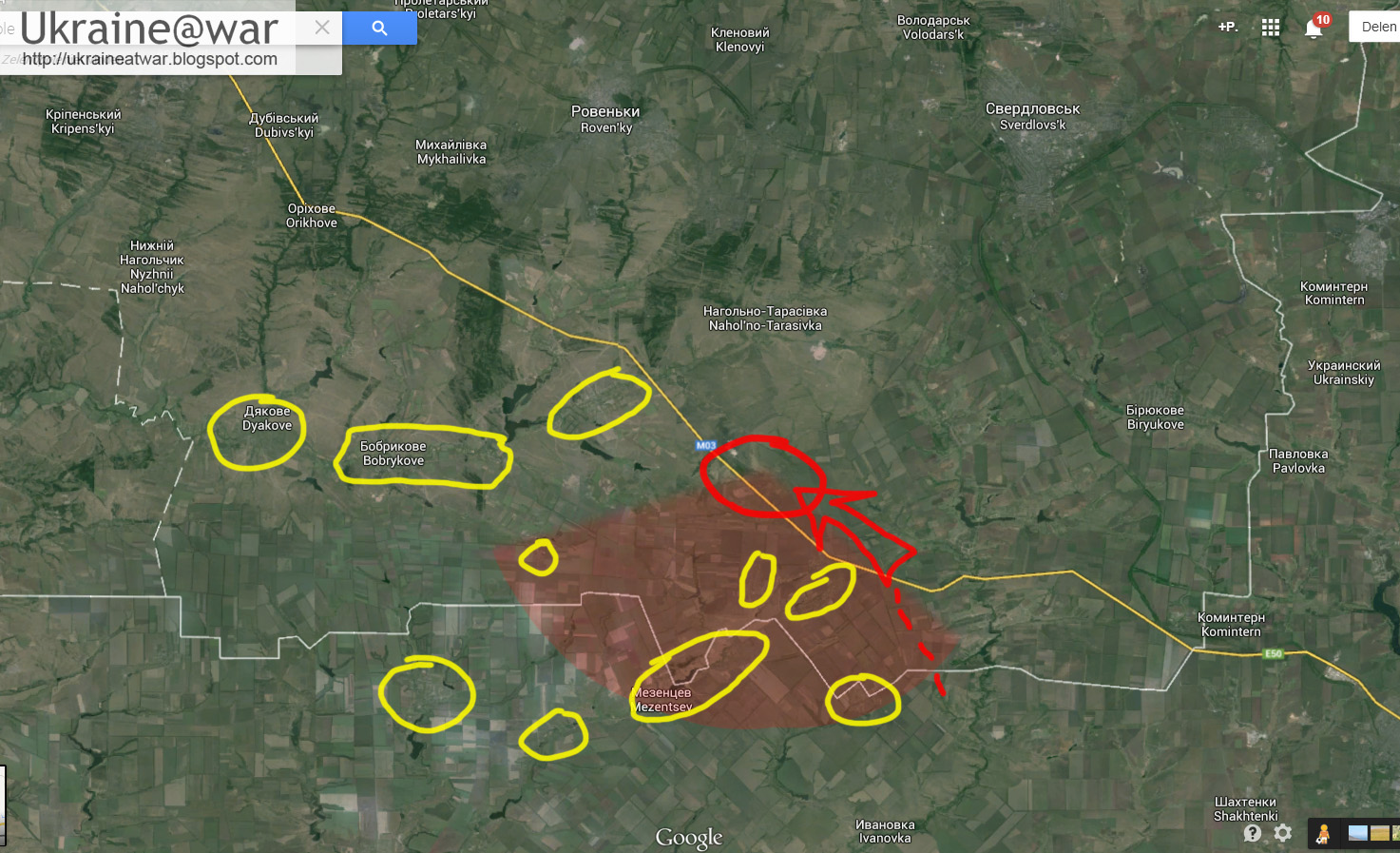 One consideration for deep concern is this: IF (pro)Russian units attack just after crossing the border AND they immediately retreat to Russian soil again... Ukraine is going to be provoked to attack Russia...

So let's wait and see if any information comes that shows from which direction was fired...

@djp3tros Considering that Kremlin hasn't prevented them crossing the border, then surely it must be an official hostile action by the #Rus
— Vincent Verne (@Wilkzlasu) July 11, 2014

If this was a game it would be called 'cheating'... to attack from a 'safe zone' and retreat back there. But it is a deadly attack and there are hardly words to describe it. It is a cowardly act...

Just in: The commander of 24th motorized brigade who got under GRAD attack on July 11 is suspended. #Ukraine #ATO
— lennutrajektoor (@lennutrajektoor) July 11, 2014


If you have additional information, please let me know.
Posted by Ukraine@war at 3:39 AM