A French newspaper claims to have another photo of the BUK on transport: 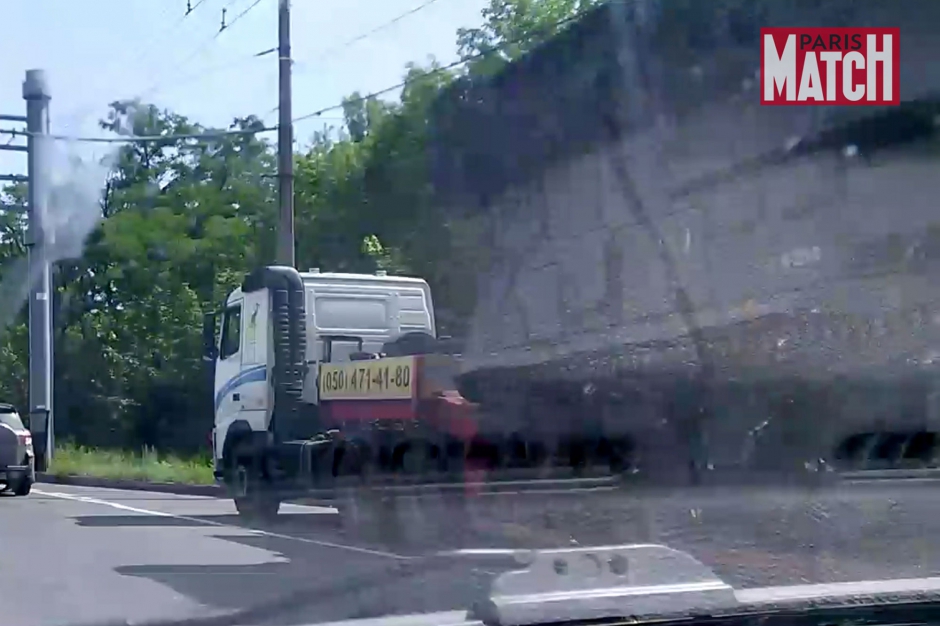 They say they spoke to the truck-owner Vasily who said that the Terrorussians stole the truck earlier that month to transport the BUK.

The photo had been made by a Paris Match journalist while in Snizhne, although it is strange that they publish this one week after the incident. But maybe they wanted to trace the owner down first.

Chris Postal managed to do the job by going along the route from the truck company in Donetsk to Torez: 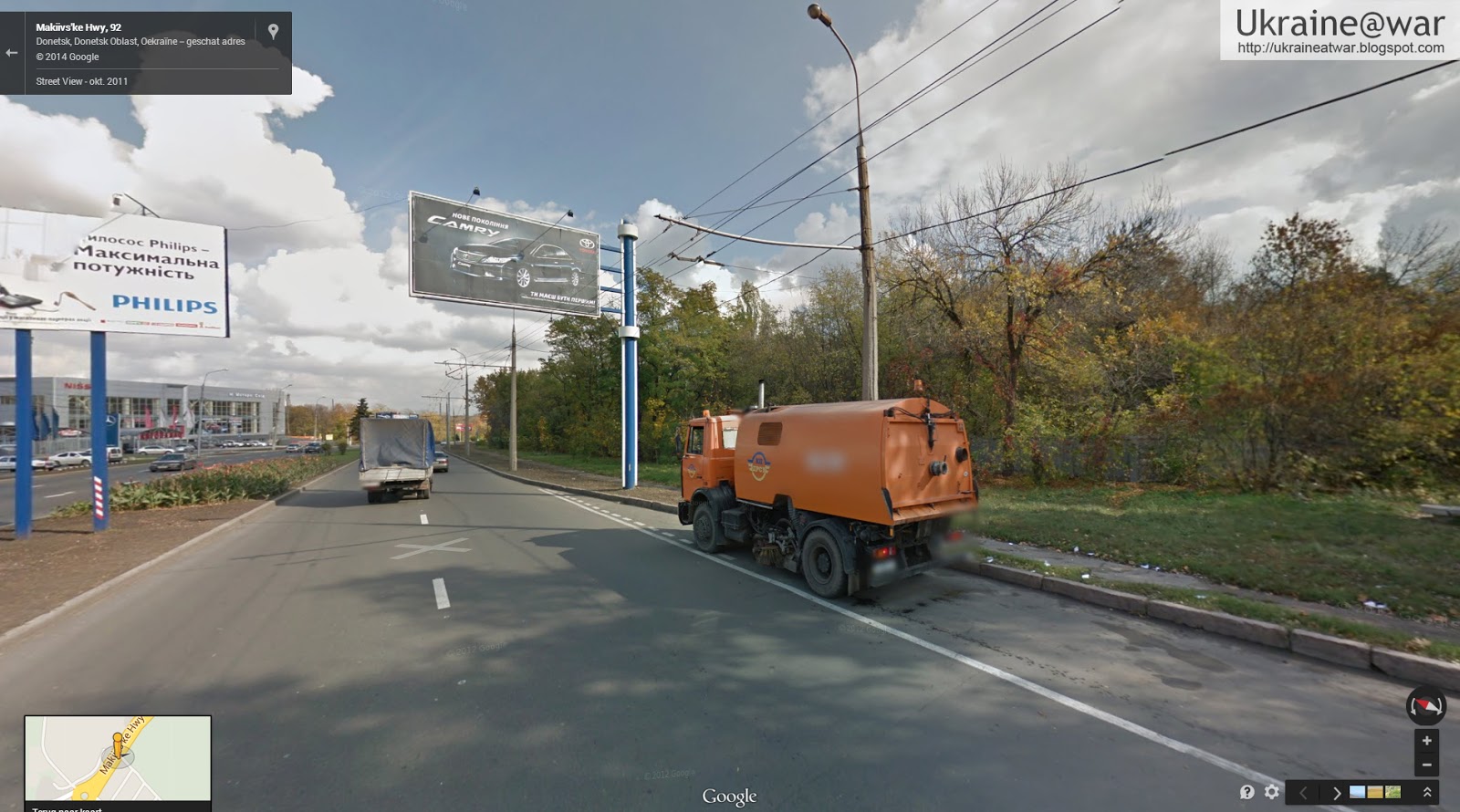 Now this is EXACTLY the location that we found 'after the Motel' that is mentioned in the intercepted calls between the Russian terrorists. See this blog.
So this is a confirmation of the eyewitness report in that blog AND of the authenticity of these intercepted calls.
ANOTHER PIECE OF THE PUZZLE FITS!

Funny thing is that the Terrorussians did not even bother to remove the telephone number from the truck and as such the journalists had been able to track down the owner, who insisted to have nothing to do with the transport.

Next thing is that Marcel van den Berg @marcelvandenber googles the telephone number and finds the address of the company on Google maps:


@djp3tros This is the location of the company which telephone number is on loader BUK. It is in Donetsk http://t.co/PMiB2gXUEa
— Marcel van den Berg☁ (@marcelvandenber) July 28, 2014 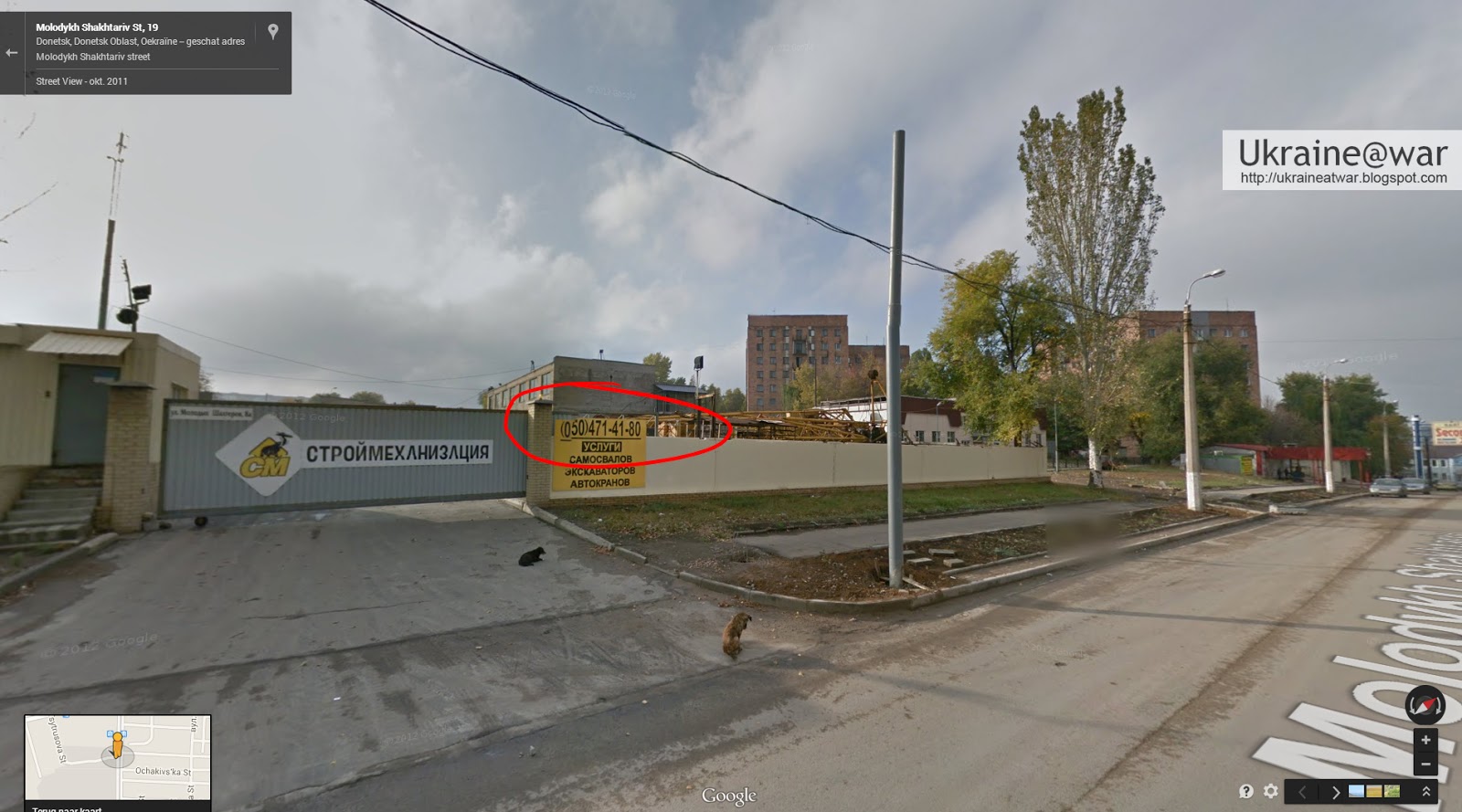 I wonder if he got his truck back...