Zakharchenko has announced on February 2nd that 100k men will be mobilised for DNR:


Zakharchenko announces mobilisation of 100,000 fighters in his "DNR": http://t.co/Codq1MMDIy Where will they come from?
— Nikolaus von Twickel (@niktwick) February 2, 2015


Zakharchenko calls for a total mobilisation of 100K soldiers. No point in asking how DNR plans to arm and equip them http://t.co/mpQ8VnQfqm
— Stefan Huijboom (@SHuijboom) February 2, 2015


Such statements are easily considered as bluff and bullying.


Russian criminals
You can find an official news article about it here. 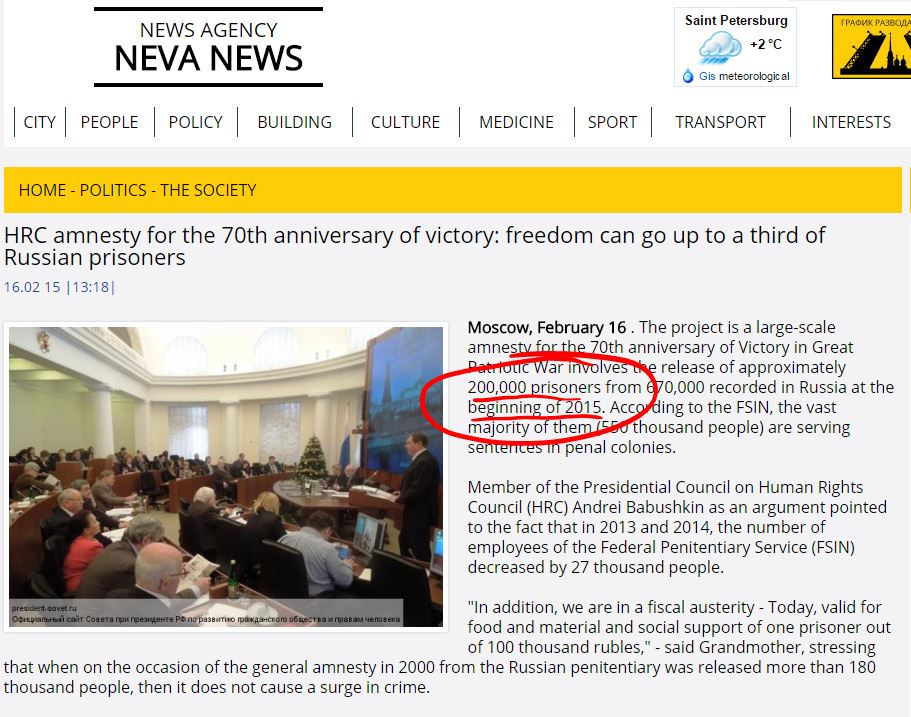 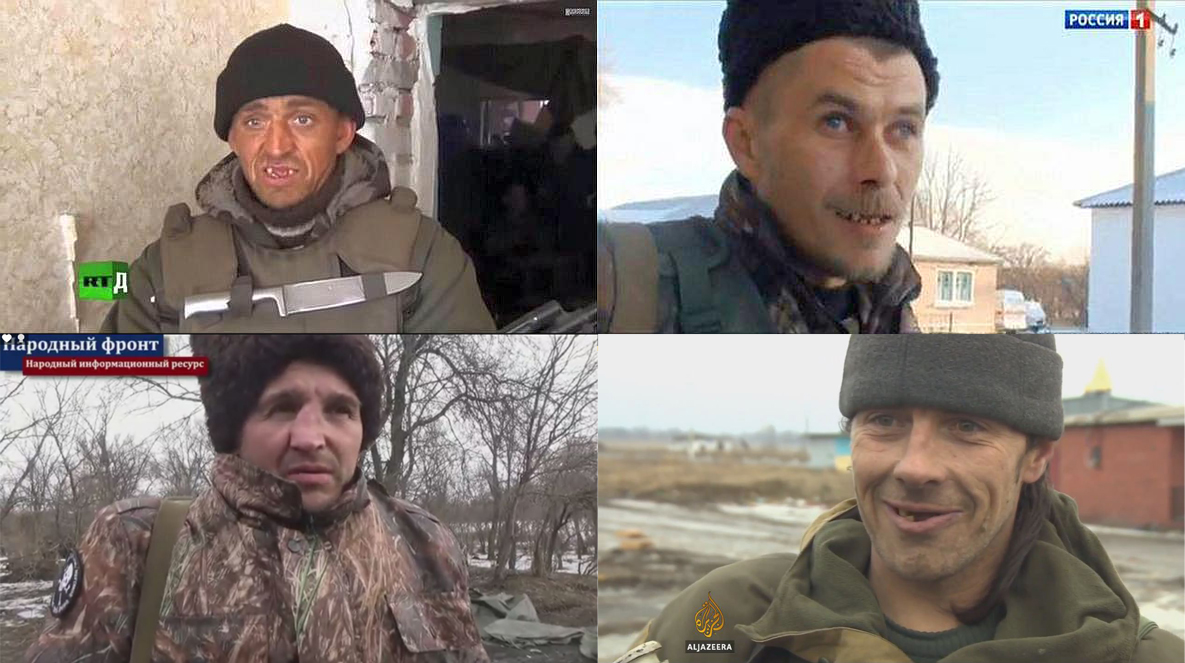 But what really is going to happen is what you can read in this blog in a well-documented case of a perpetrator trying to escape prison by going to war in Ukraine. 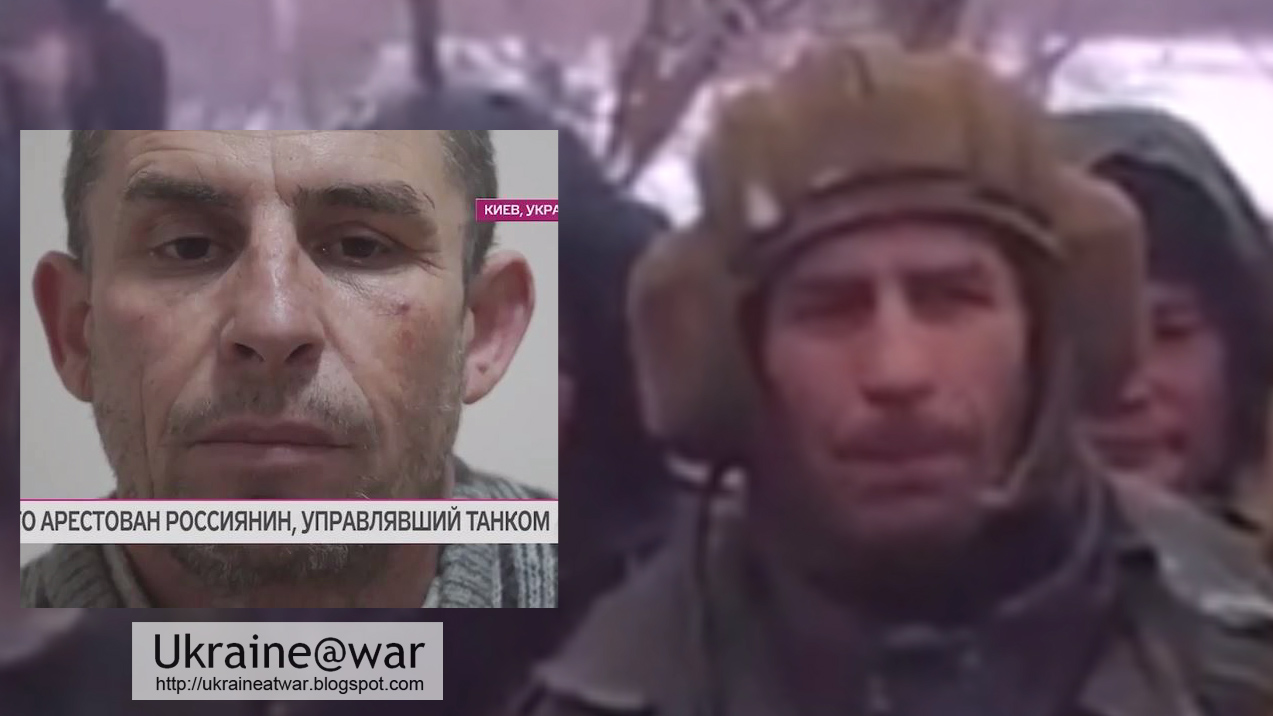 Alexey Milchakov is another example of a boy with criminal tendencies who joined the army to escape police investigations and who is killing in Ukraine now for money. See this blog. Or this one. 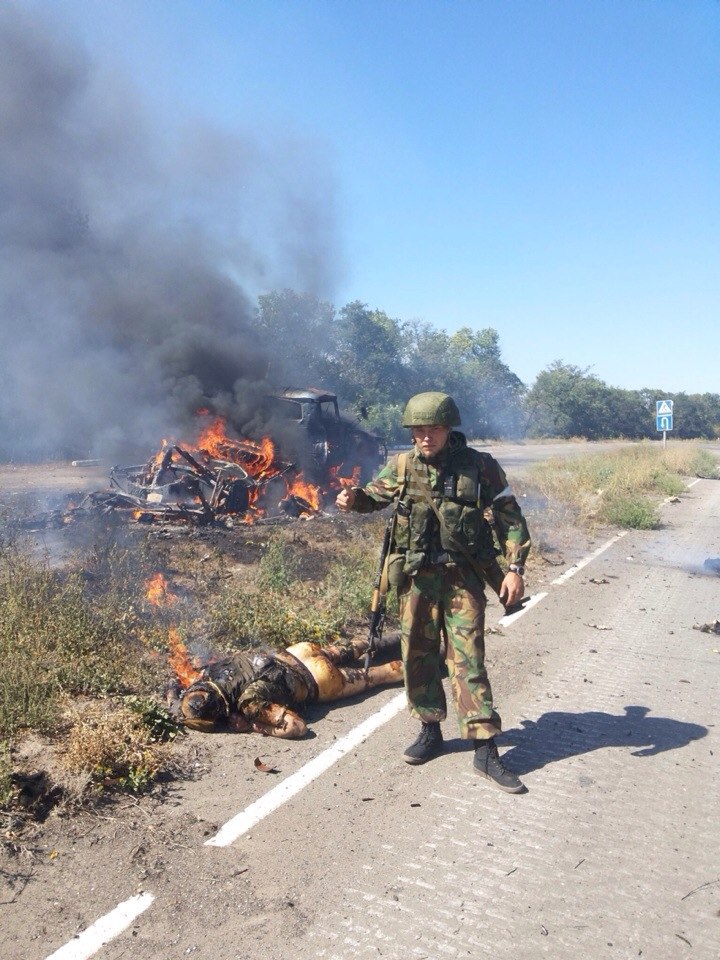 Right now this all is already a common practice:


You have to understand that Russia and especially Russian Cossacks have a good tradition of how to deal with criminals in the ranks: 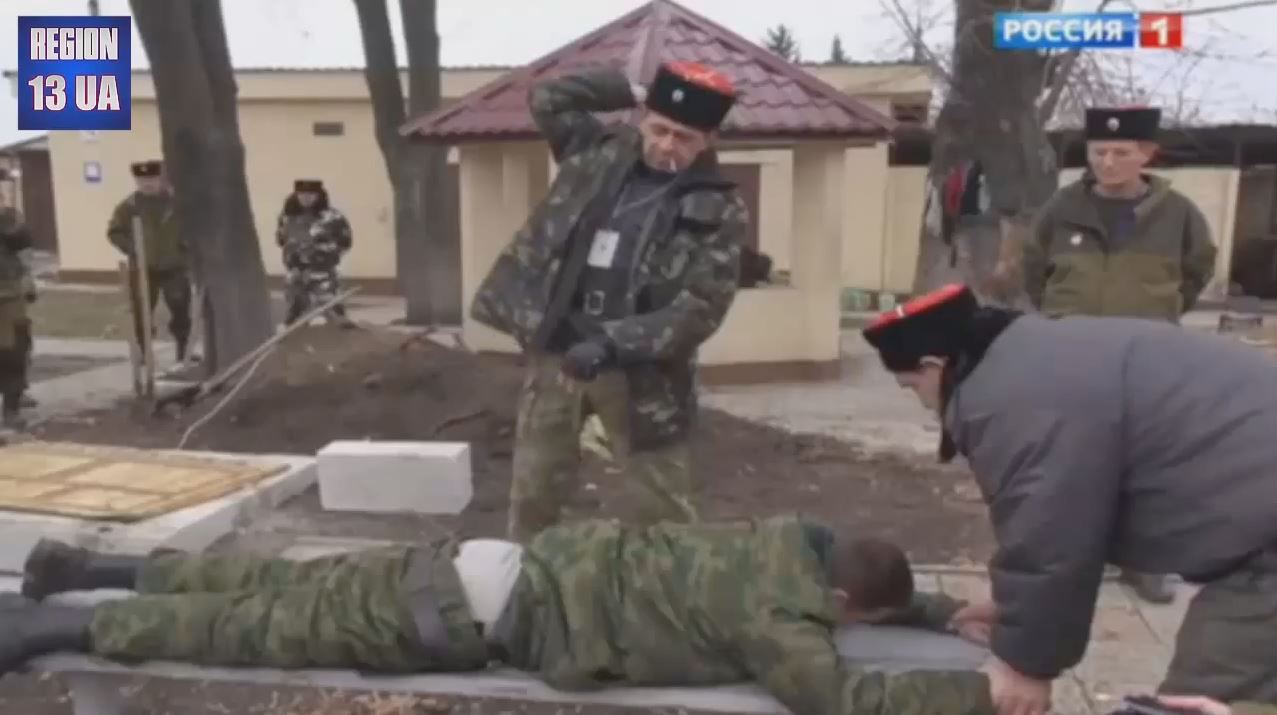 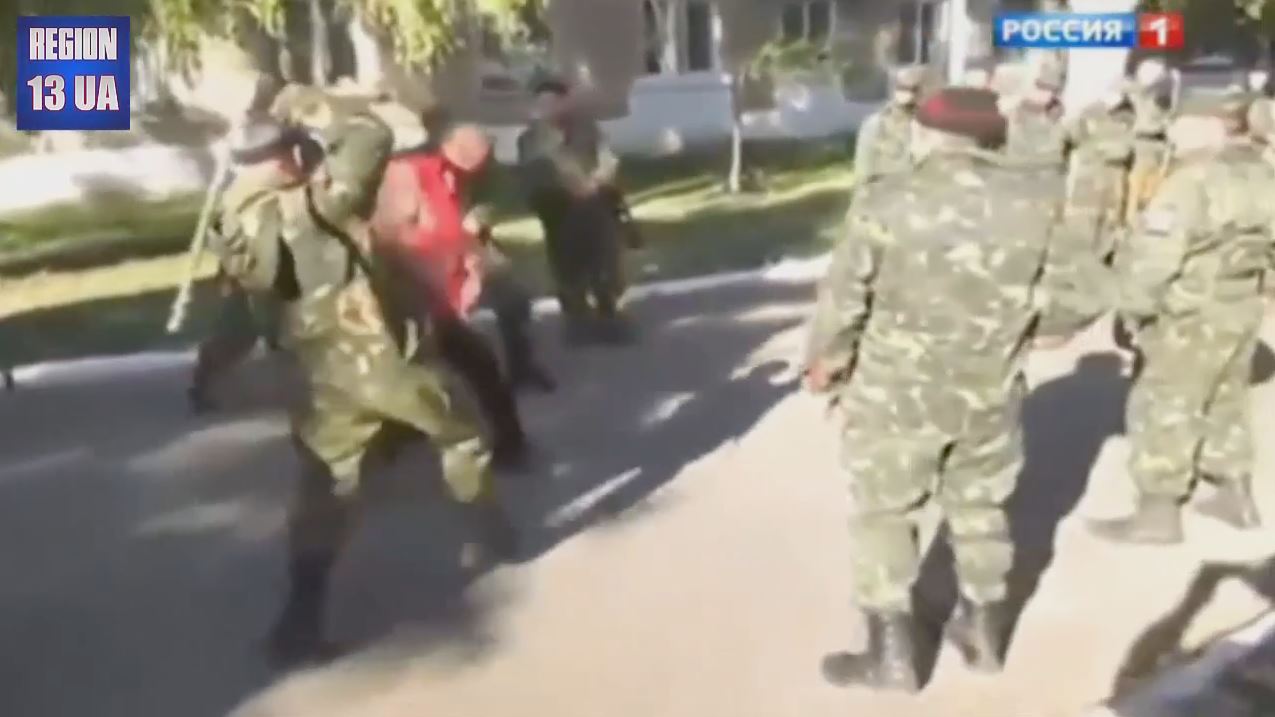 They publicly get whipped or beaten with sticks when they did something wrong. See this blog about their barbaric methods. THAT's how they keep criminals obeying them... by treating them with uttermost aggression.

This aggressive method can also be seen in this video from 2008 about discipline/training in the Russian army.
Note: it is a very disturbing video.

Conscripts are totally beaten up as if they are prisoners of war. It's hard to imagine for Westerners. But when you see this video, you better understand what is happening in East-Ukraine right now.

Why they do this:

These methods will 'help' the Russians to keep control of 100.000 inmates with weapons.

And again... we HAVE ALREADY SEEN THIS in Ukraine. We have seen lots of reports of infighting between armed groups in Ukraine.

See for instance this very brutal incident recorded on CCTV cameras.
Or see this analysis of how Russian forces submit unobedient subordinates.

All this insubordinance has been suppressed by the Russians and the disobedient have been killed or replaced. That made Russia ready for the next move: taking Debaltseve.

The point is: being a mafia state itself, Russia KNOWS how to deal with criminals, warlords and dangerous men with weapons. Just face them with even more power and aggression.


Locals
Here is the well documented story of a local who committed a rather insignificant crime (looting; in a war-zone without basic needs to survive!!) who gets death-penalty and could escape this by going to fight: 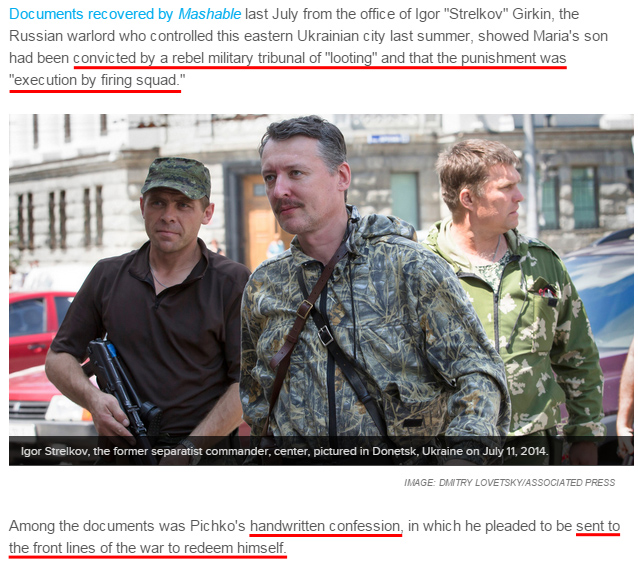 By imposing martial law in the conflict zone the Terrorussians can force and recruit anybody to fight for them.
By creating a humanitarian disaster in the conflict zone, everybody looses jobs, money and means to exist. Then they 'invite' everybody capable of fighting to join the militias, so they will get paid.


Local criminals
Another thing is that in every European country there are far-right groups and local mafia and criminals who are willing to fight for Russia. Why? Because all of a sudden Russia gives them weapons and power and says to them: do what we want and you can get what you want (money, drugs, power, whatever). That's why local criminals as 'Givi' and Zakharchenko all of a sudden rise from nothing and start killing for Russia. Such 'locals' can be found EVERYWHERE. Because they get amnesty for their crimes, they get weapons and power, they get a lot of media attention, they become kings (for 5 minutes; until Russia is done with them).

As can be seen with ISIS, uttermost aggression and bloody warporn videos attracts people of a certain type. It recruits new members. This works similar for Russian terror. 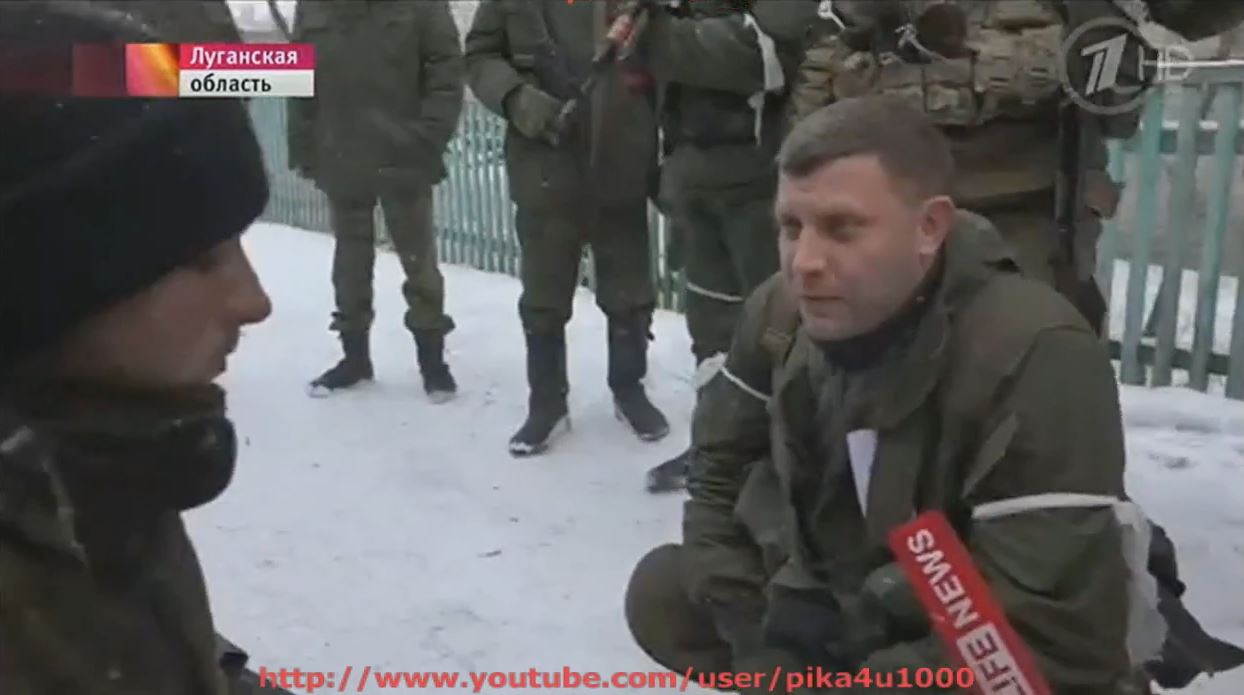 Canon fodder
Russia does not care about these people. They may die by the hundreds. We have seen this with Donetsk Airport and with Debaltseve. It doesn't matter how long it takes and it doesn't matter how big the losses are. After one wave the next wave comes and eventually it wears the defenders out and they have to retreat. 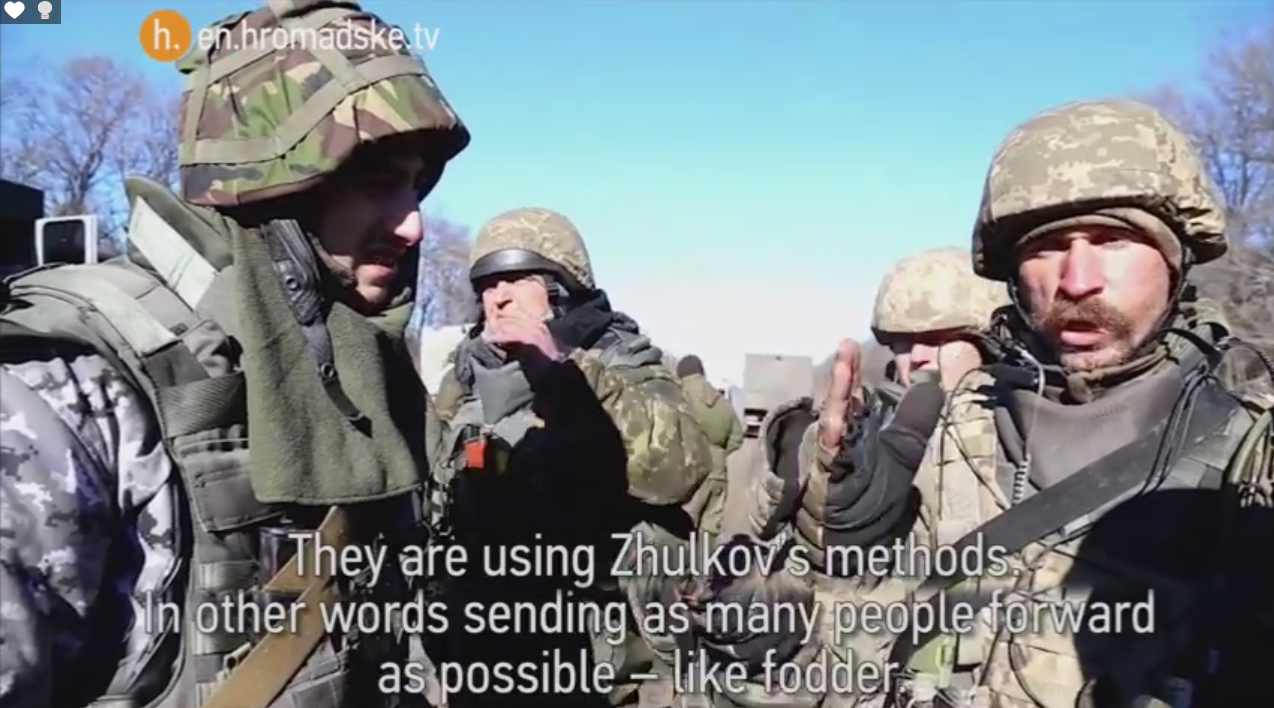 What you think is going to happen when 100k soldiers flood the frontlines?

Mercenaries
And of course there are the thousands of (Chechen, Cossack, Serb) mercenaries. But these guys seem to have a bit of a different role. They might be there to mingle with the criminals to keep them in control. 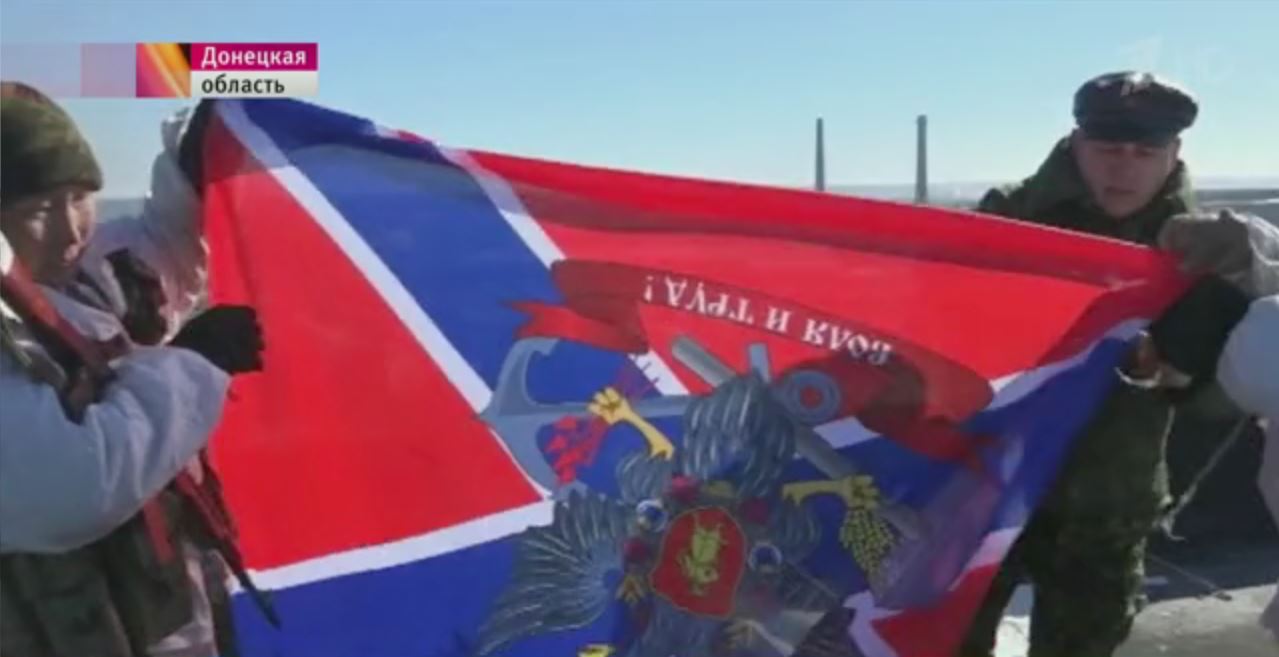 Russia's own military
The whole point of all this is to keep Russia's own regular military OUT of the conflict AS MUCH AS POSSIBLE. They will only be used when really necessary, to get the victory at the last stage. Special forces will do the tricky stuff and they will seldom to never get filmed.
Also the whole COMMAND AND CONTROL is in Russian hands.

But even so a lot of conscripts are tricked into fighting in Ukraine:


Russians as young as 18 are being tricked into fighting in Ukraine http://t.co/cdf2BR3t1M
— BI Military+Defense (@BI_Defense) February 21, 2015

So Europe, you better prepare for the next wave...
(I'm sure we are not ready for this but I'm NOT sure if we are even ready for JUST READ THE MESSAGE about this! Anyways... it has been said now. You can not say you didn't know anymore. You can only say you didn't believe it.)


This is what happens when people want to go back to Russia:


Local miner from Yakutia does not like that local tractor driver want flee back to Moscow https://t.co/YlqAeuV2Ut pic.twitter.com/gyuc7l9N0q
— Ukraine@war (@DajeyPetros) February 22, 2015