a BBC reporter Ian Pannell and his crew are being shown around at Donetsk Airport: 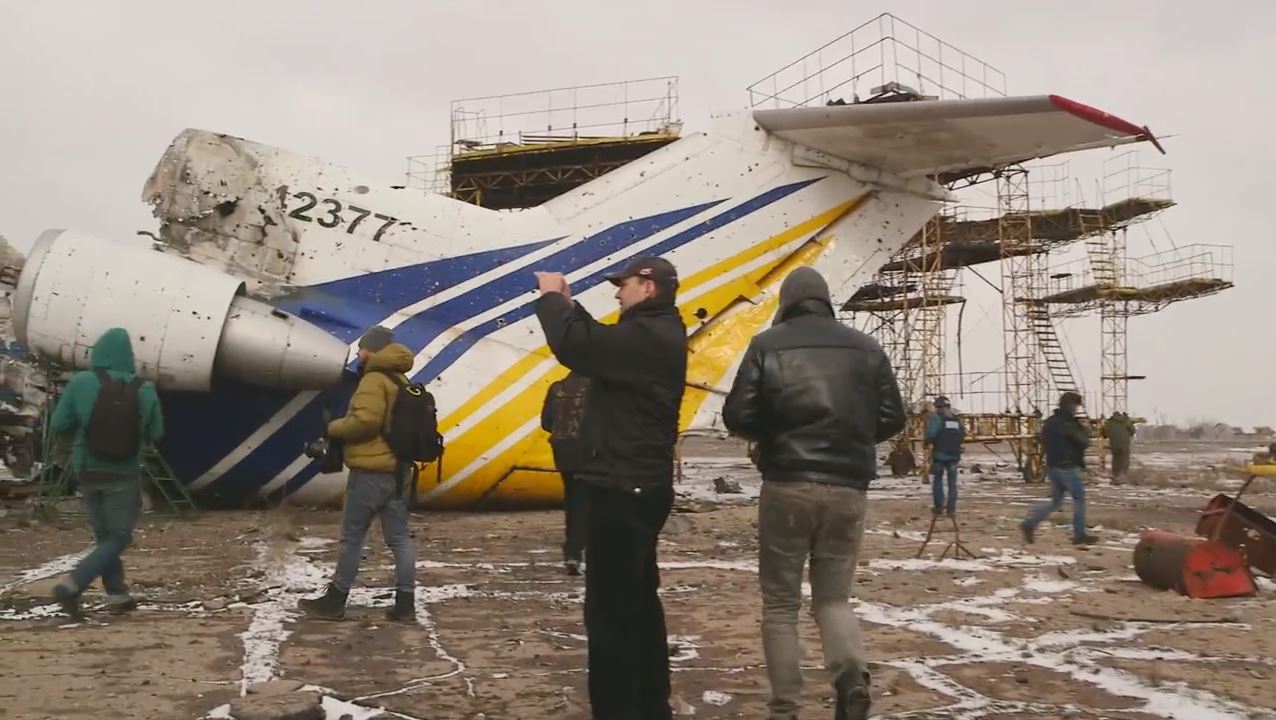 by this team/heavily guarded guy who is 'the DPR defense minister': 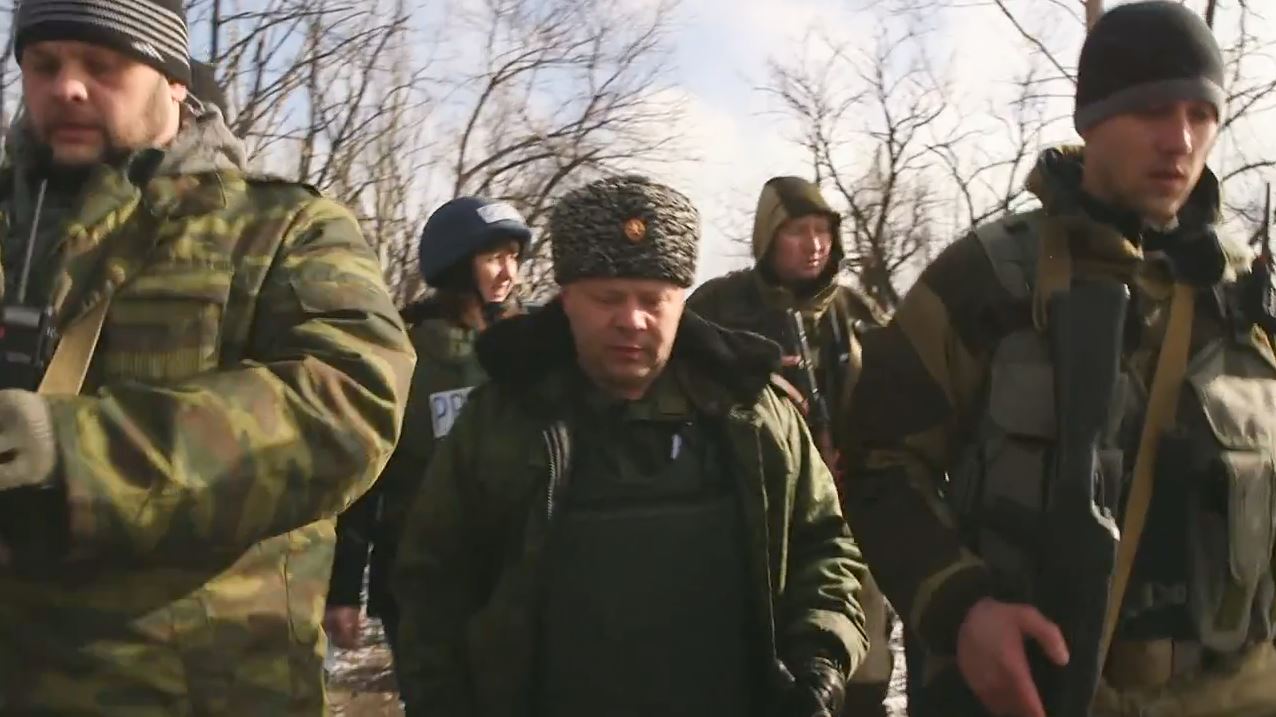 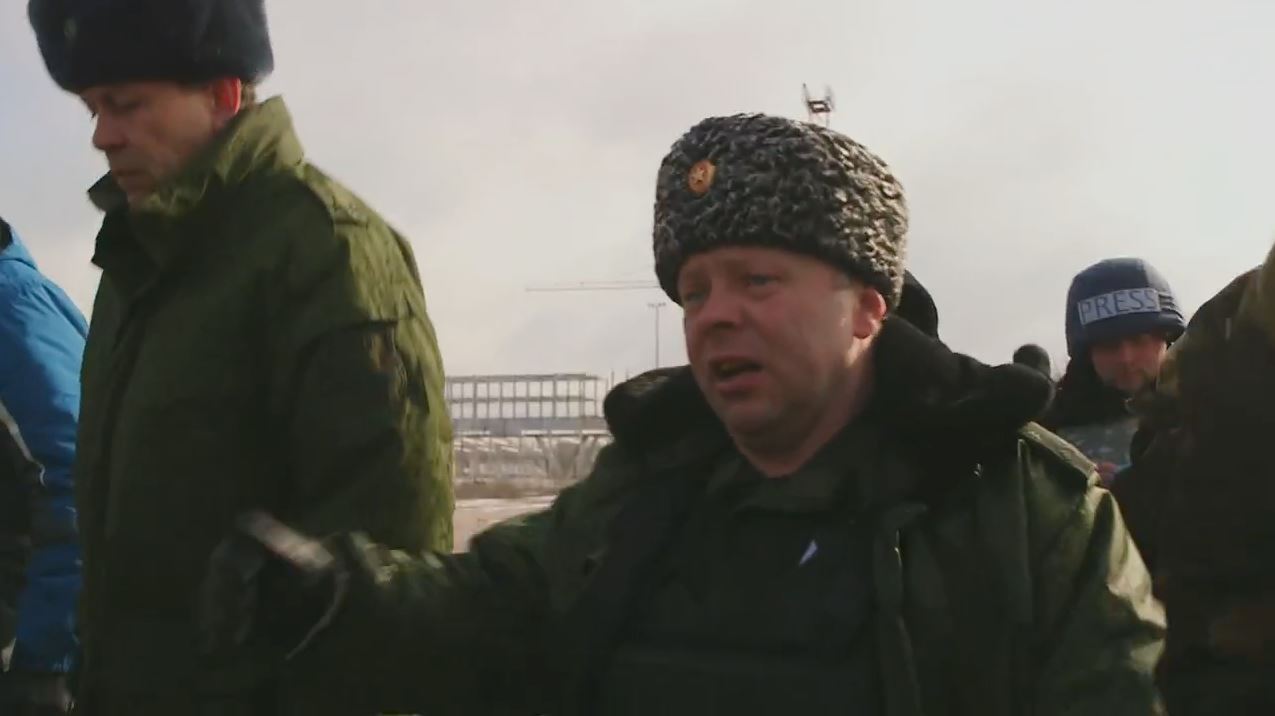 Then, the reporter and his team are left alone so they can take some on-camera-shots: 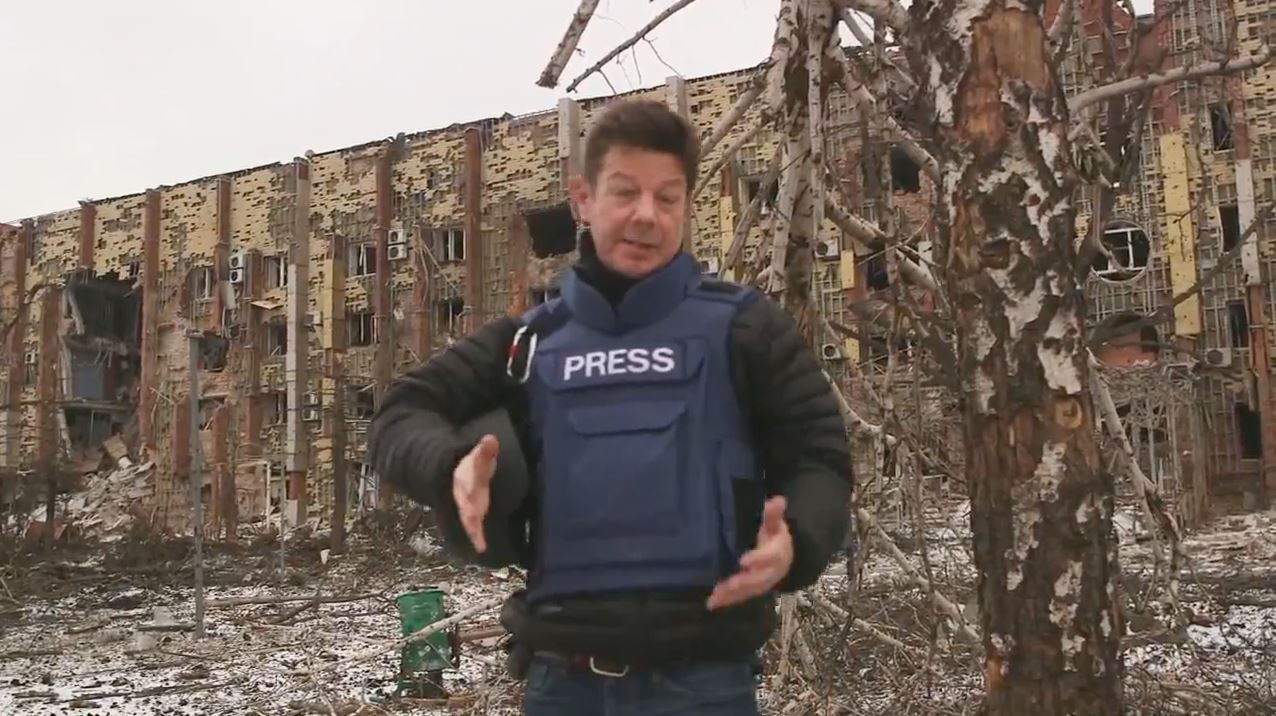 WHILE he is talking a mortar round explodes nearby. He ducks: 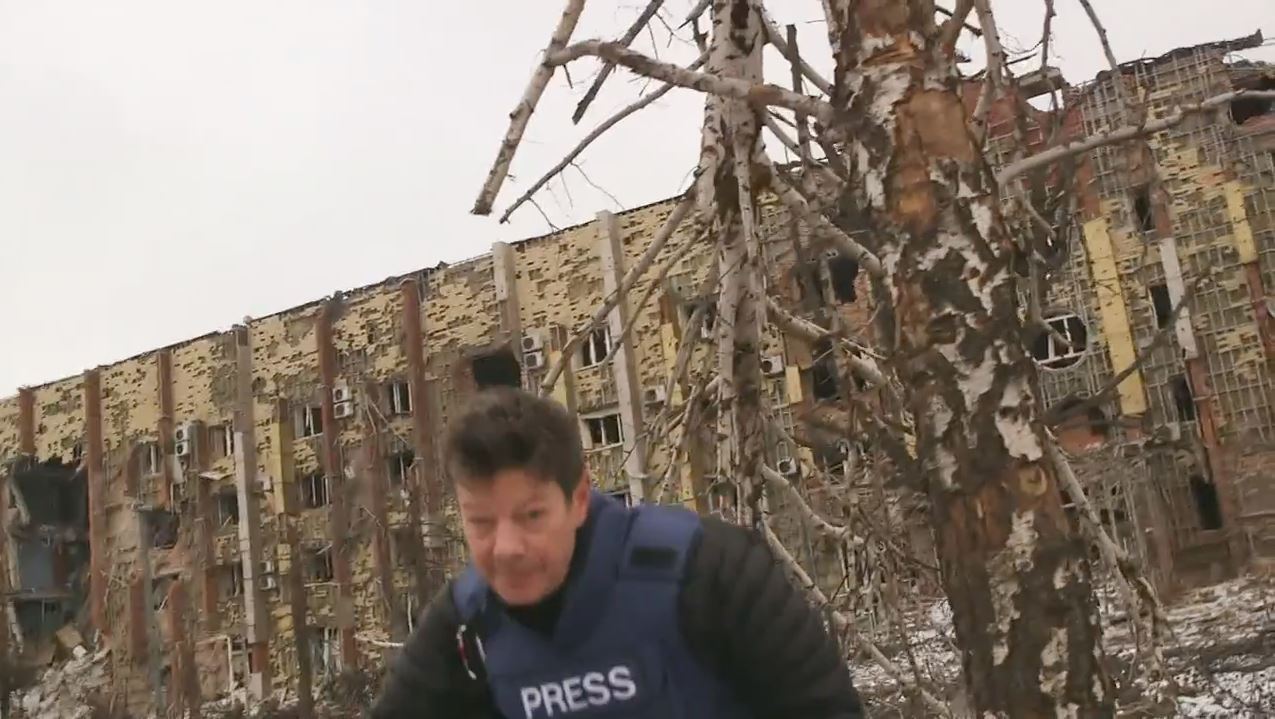 This is what he says:

"This is supposed to be day two of the cease-fire in Eastern-Ukraine. And as we've been hearing .... [impact #1]  the peace has not settled in.
We've been hearing the consistent sound of artillery ... [ impact #2] ... being fired. There's another one.
MOST OF IT APPEARS TO BE OUTGOING. (Capitals ny me)
The people of the DPR are saying that they are suppressing fire ... [impact #3]"

This impact #3 is RIGHT IN VIEW of the camera on the roof of the building behind the reporter: 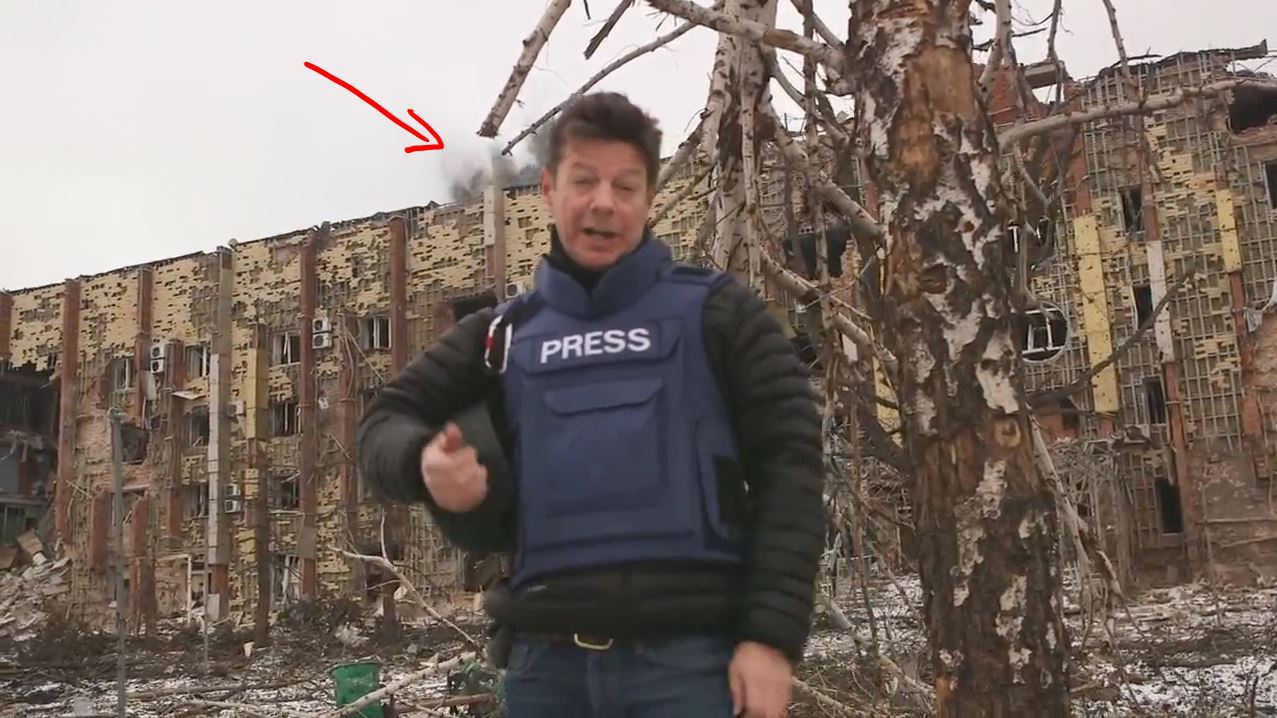 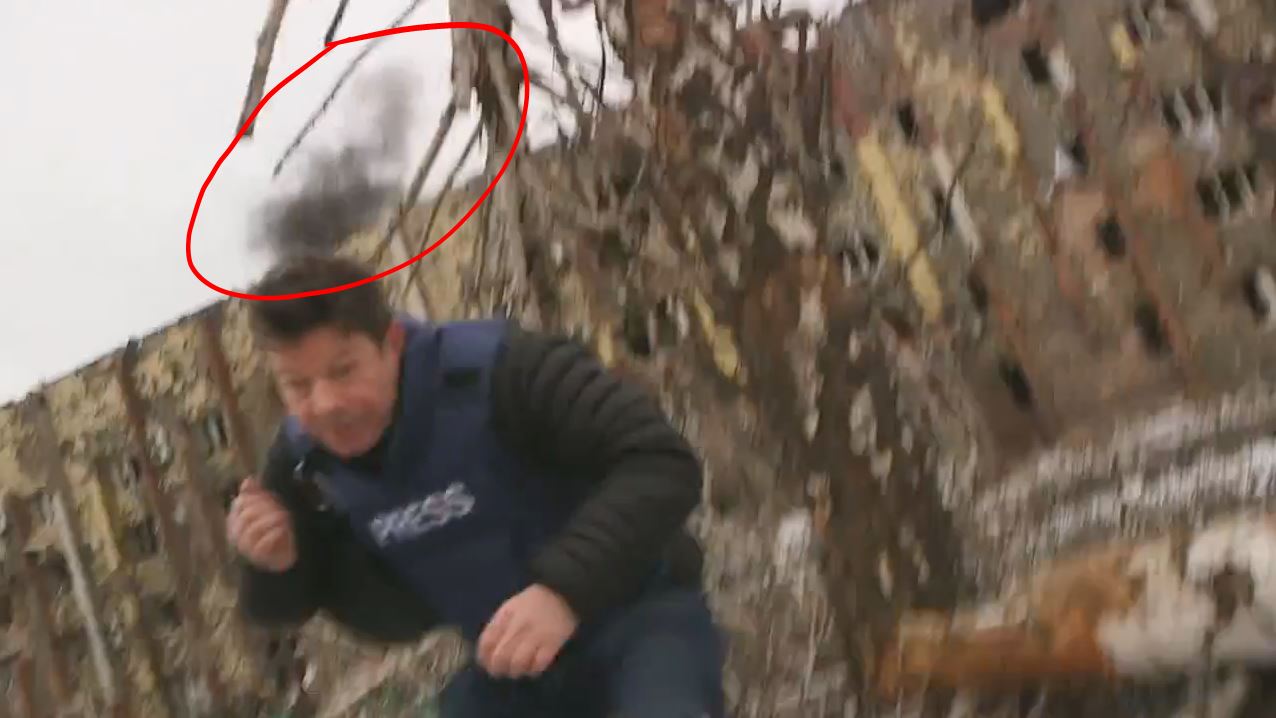 This is the situation map: 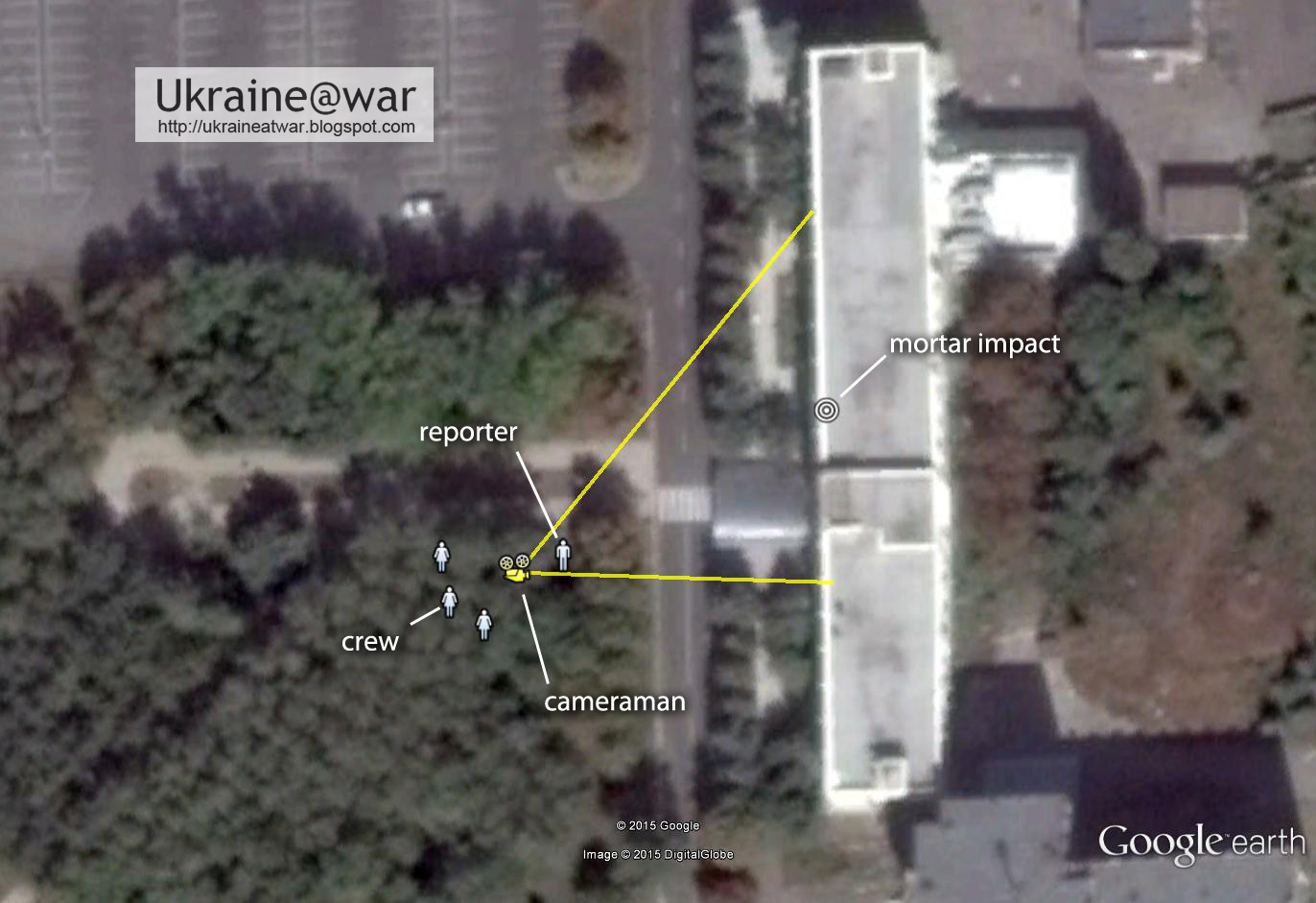 He had been pointing into the direction were the mortar fire was coming from: 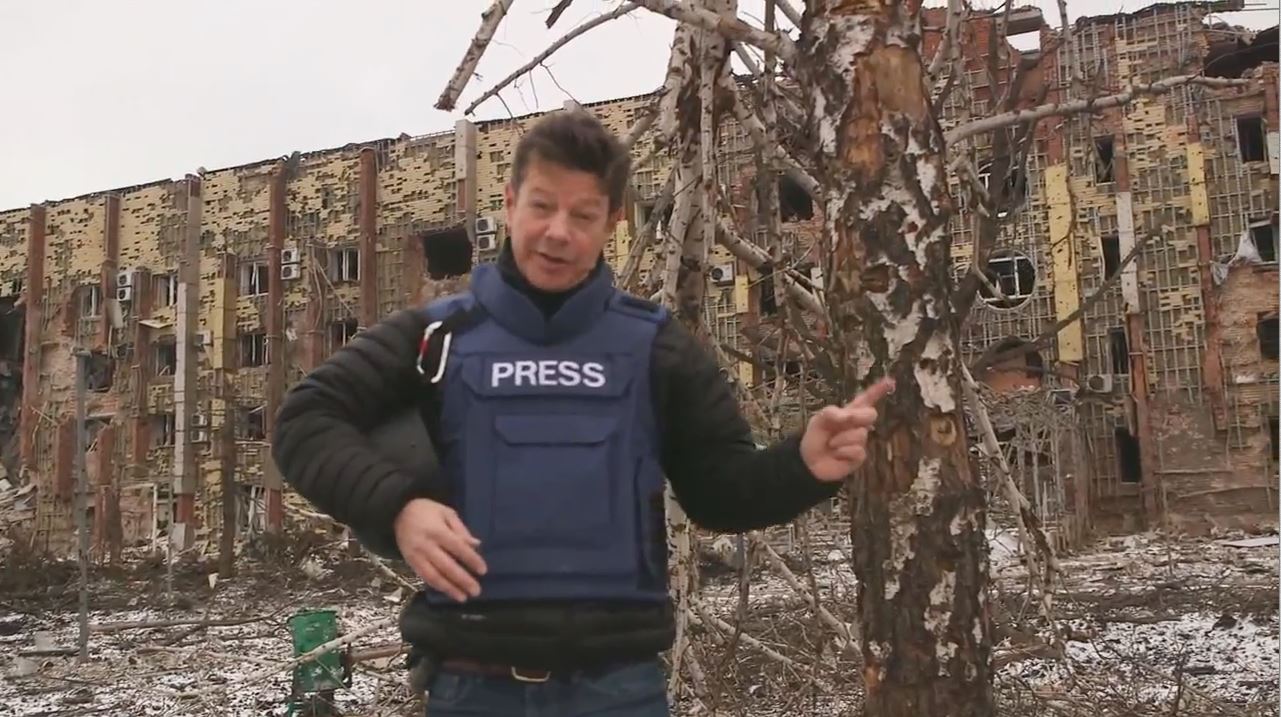 On the map you can see this comes from anywhere between south and southeast, which is all Russian occupied territory: 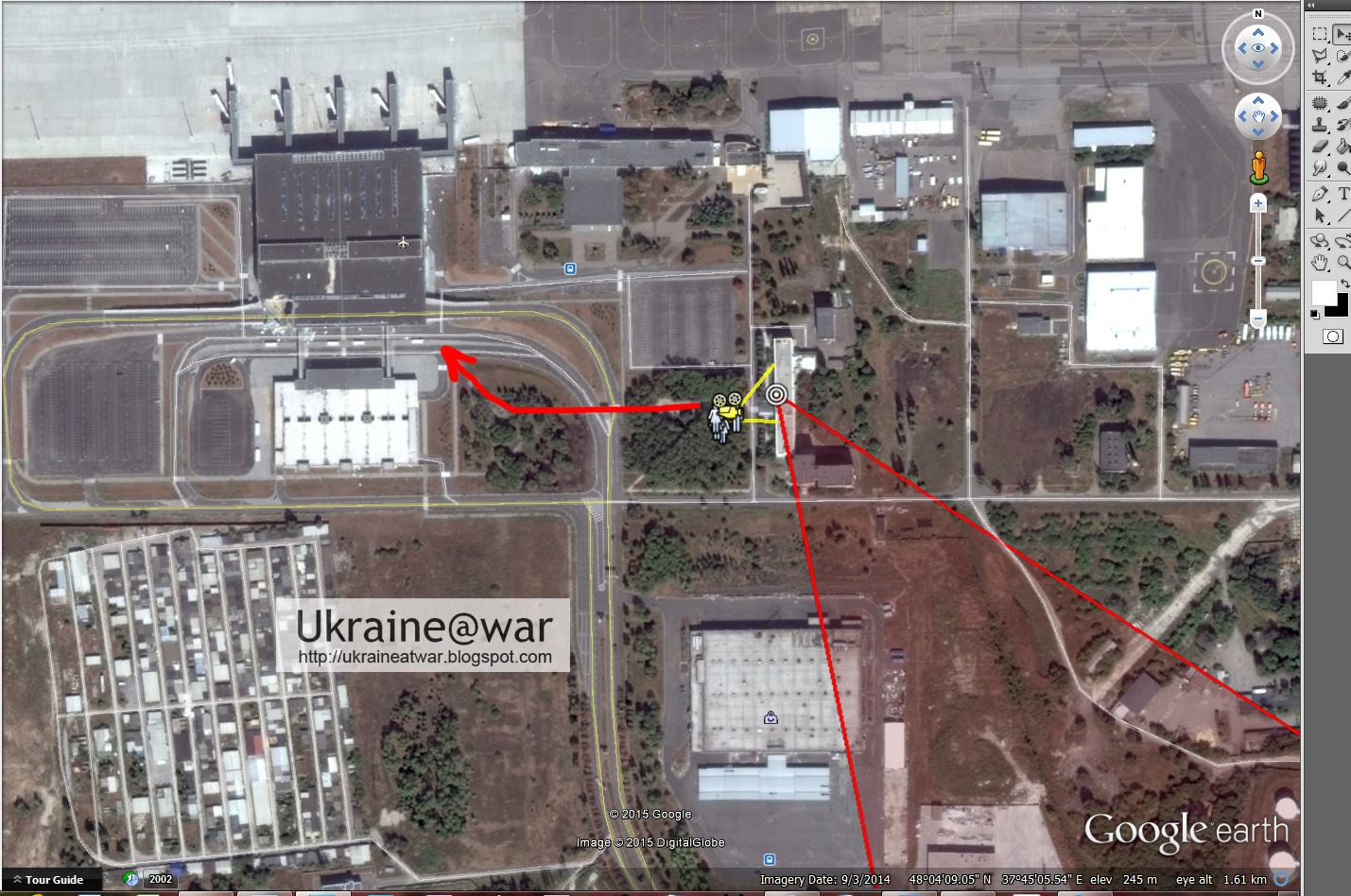 They star start running away (red arrow in map above): 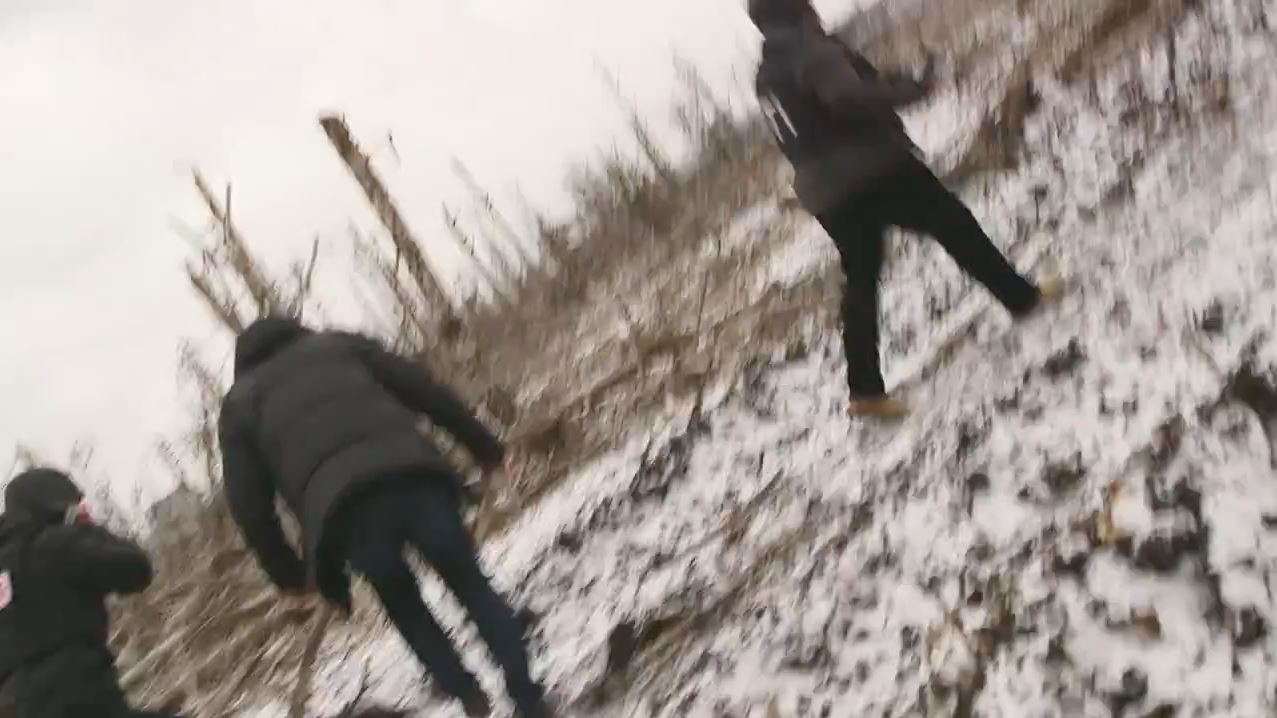 You can see that his 'guide' and bodyguards are nowhere to be seen: 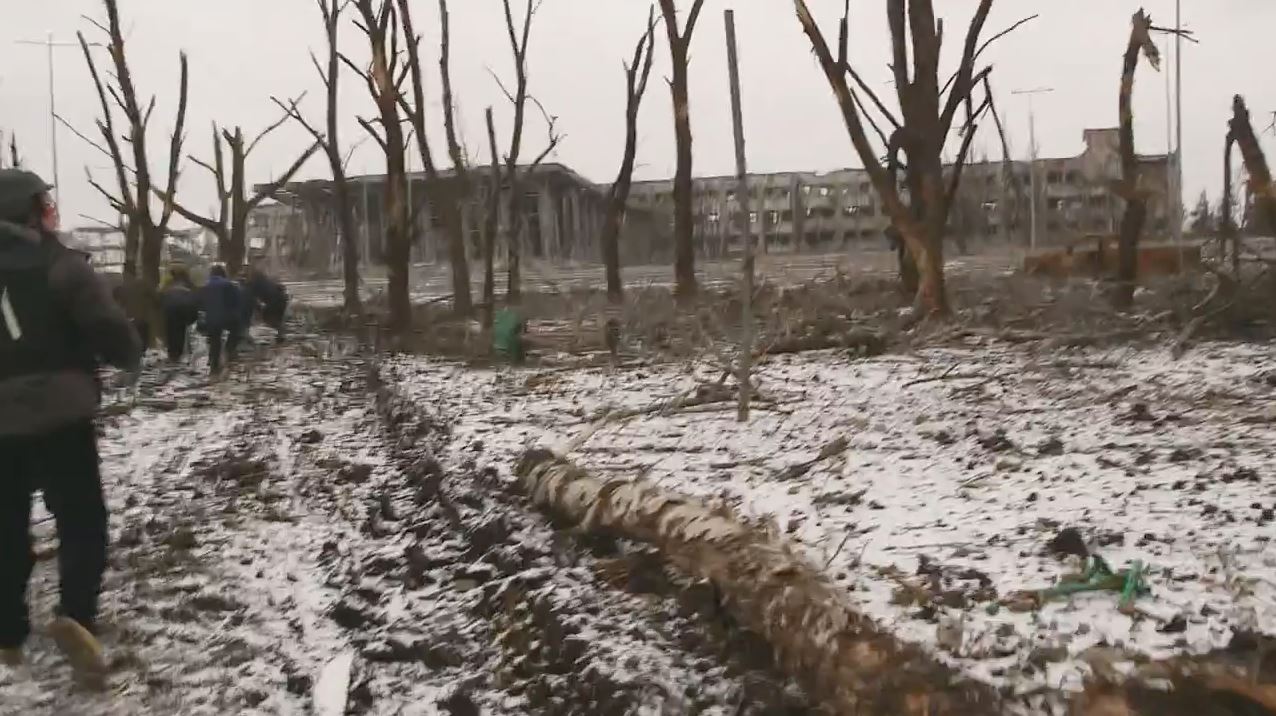 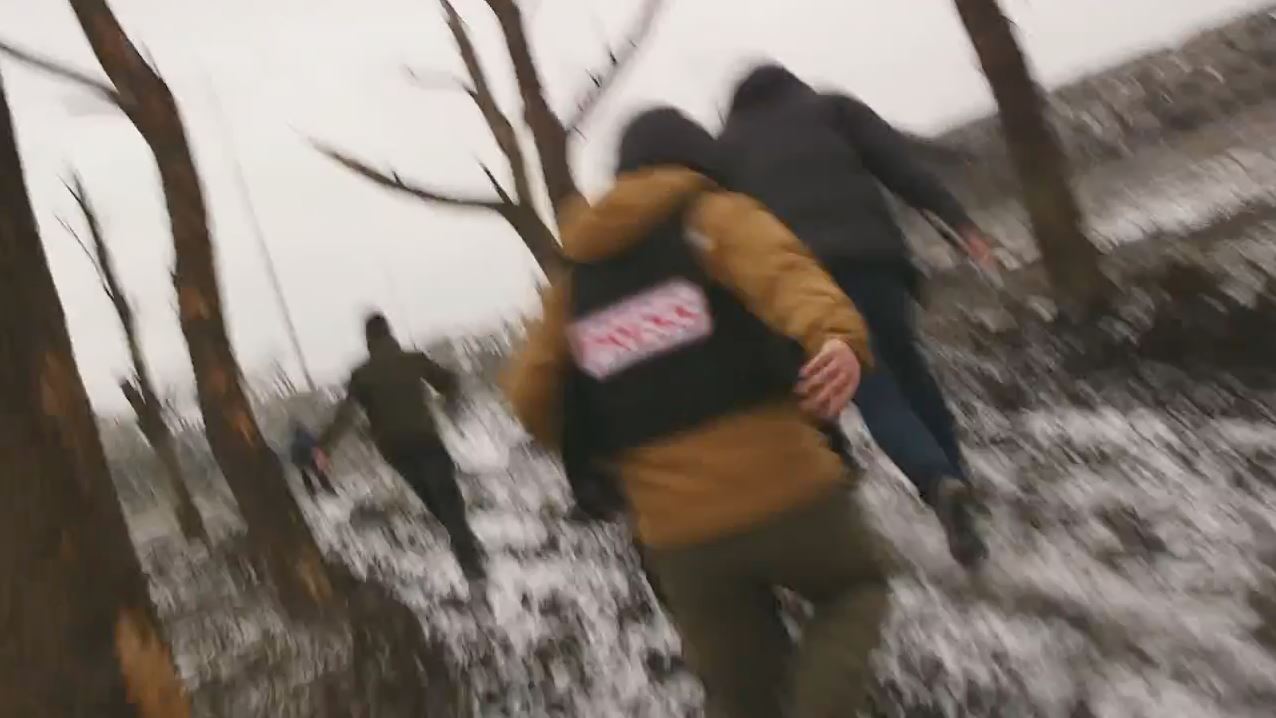 When they are back, the well protected 'guide' explains how and when: 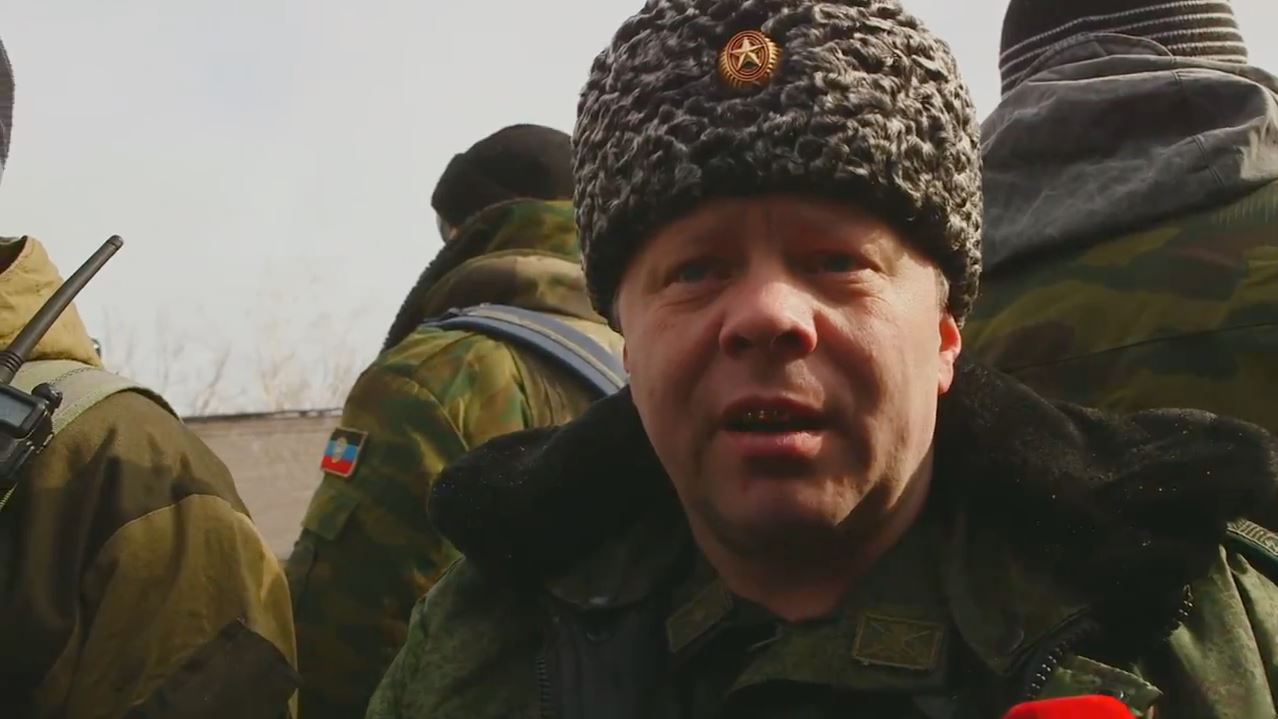 While ANOTHER round explodes. "That's firing OUT," the reporter says to him: 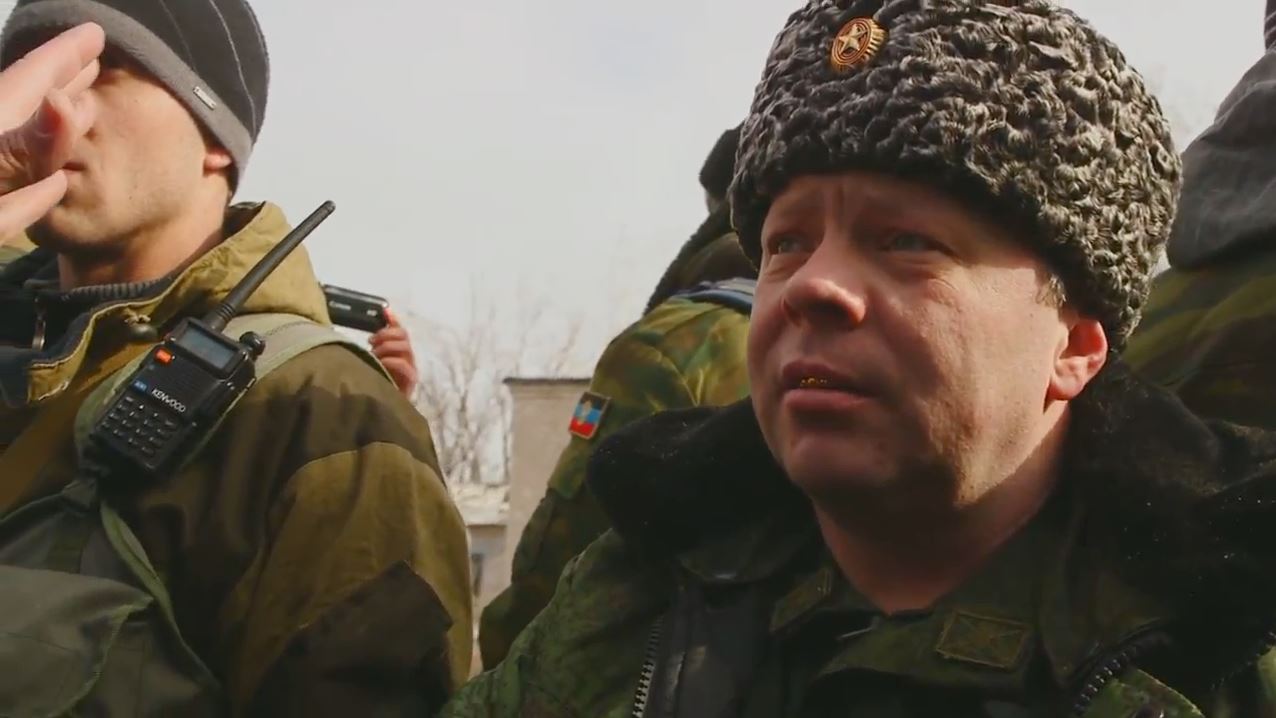 "No," the 'defence minister' says, "it's going in AND out."
Having intimidated and over bluffed the reporter by his firm and quick response, the reporter explains: "He is trying to stop the enemy from firing at their positions".

BUT... this CLEARLY was OUTGOING mortar fire and it was aimed at THEIR position.


Conclusion
The Russians tried to hit the BBC crew with mortars to get them killed.
They had been firing the mortar all the time for the BBC crew to get used to it. Then they were left alone. The defense minister and his body guards took care that they were far away from the scene. They likely gave instructions and coordinates to the mortar team were to the BBC crew was. They tried to adjust fire to that location, but the team got scared and ran away before anything bad happened.
They did not succeed, but imagine what a HUGE international scandal it would have been if they WOULD have succeeded...
And of course... Ukraine would have been blamed for this, because peace-loving Russians don't do that kind of stuff... they don't fire at their 'own airport'.

@BBCiPannell and his team may thank God that they are still alive.


Remember how something similar happened with an Italian journalist and his interpreter near Slovyansk? See this article for instance.
Posted by Ukraine@war at 3:52 PM