David Clinch attended the twitter community on satellite images that Google Earth had been released of the crash area of MH17:

I installed the package and looked at the area where the BUK had been spotted latest. It is likely that it will not position itself on the middle of the road, but will look for a good launch location in the neighborhood. It might leave tracks in the field which could be spotted on a satellite image. And yes... tracks can be seen!

On the satellite image of July 20th tracks can be seen immediately at the end of the road out of Sniznhe where the BUK was last recorded on video: 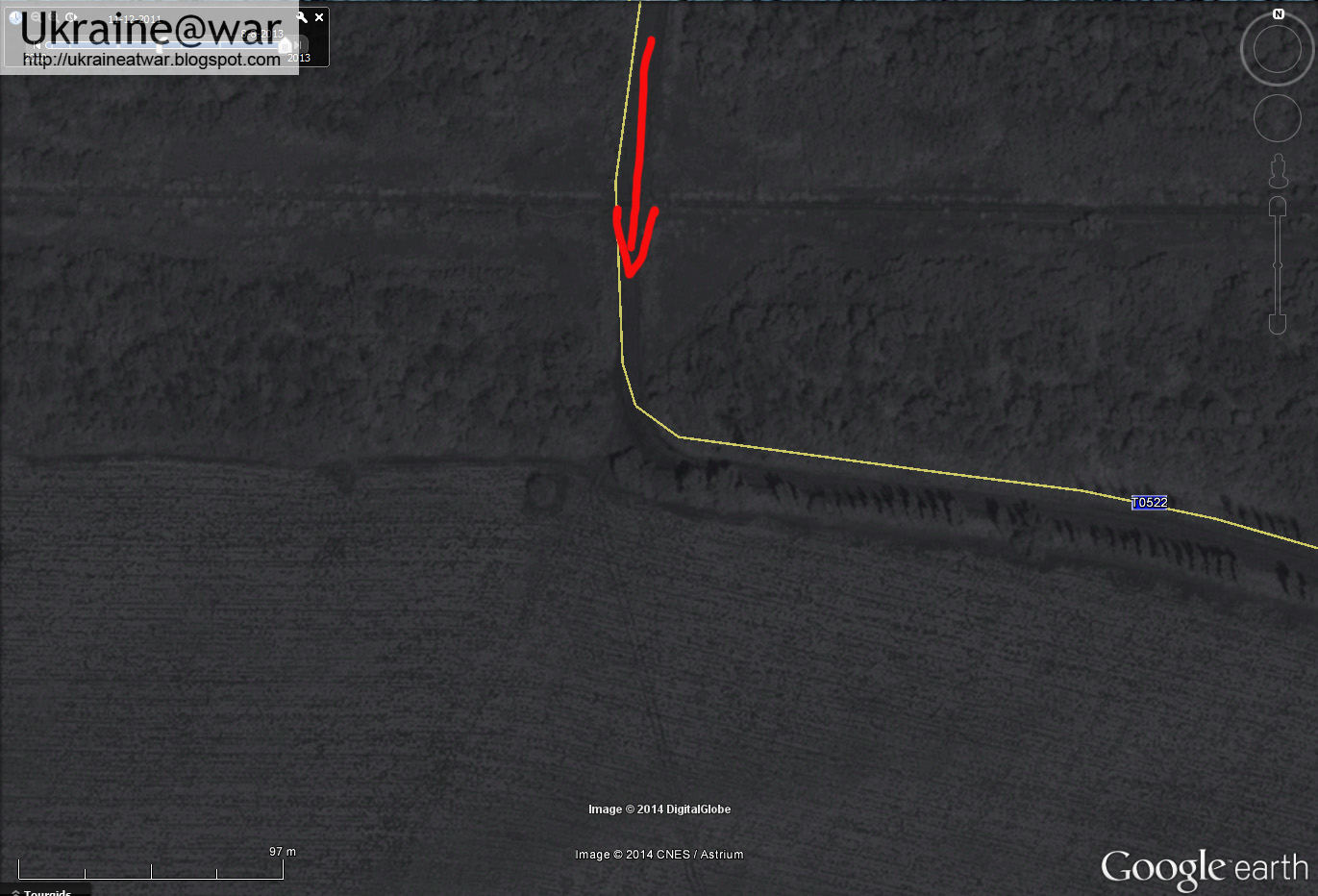 Right through the fields two tracks can be seen, like this next to the yellow lines: 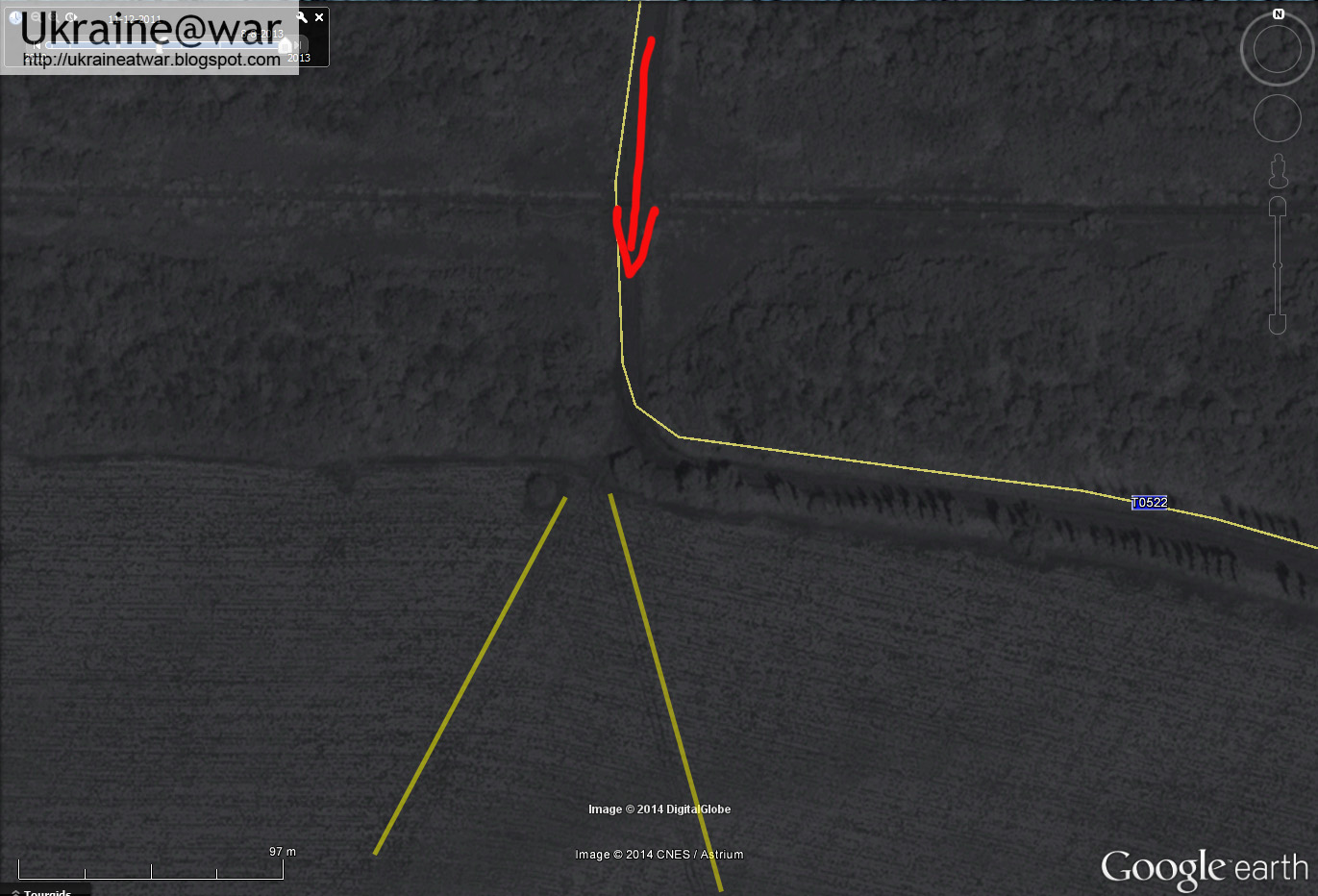 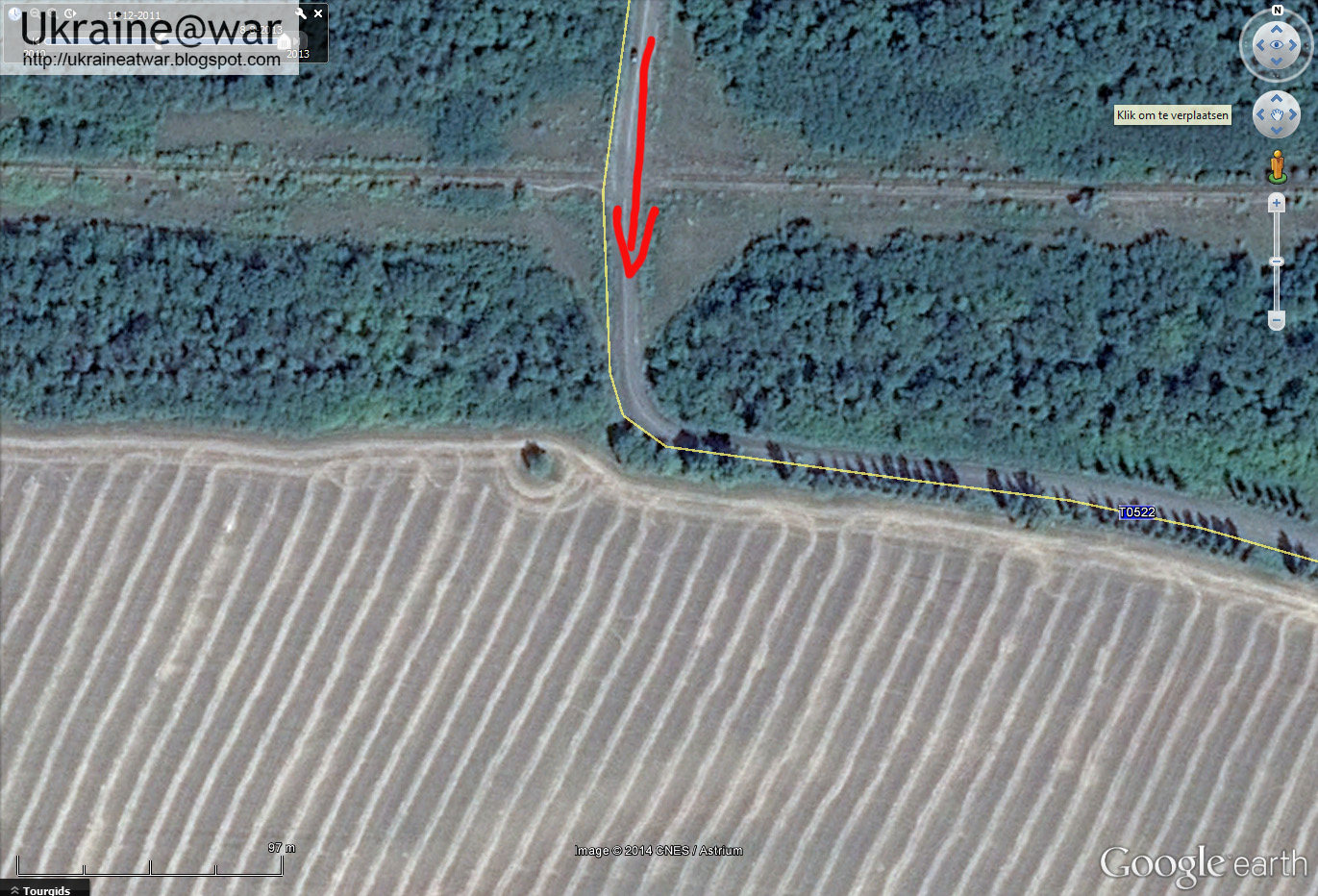 At is dated from 8-8-2013. The farmer has been plowing his field, but he does not drive right across his field.

The satellite image from 31-12-2010 shows there used to be a path into one of the directions, but obviously it has been removed: 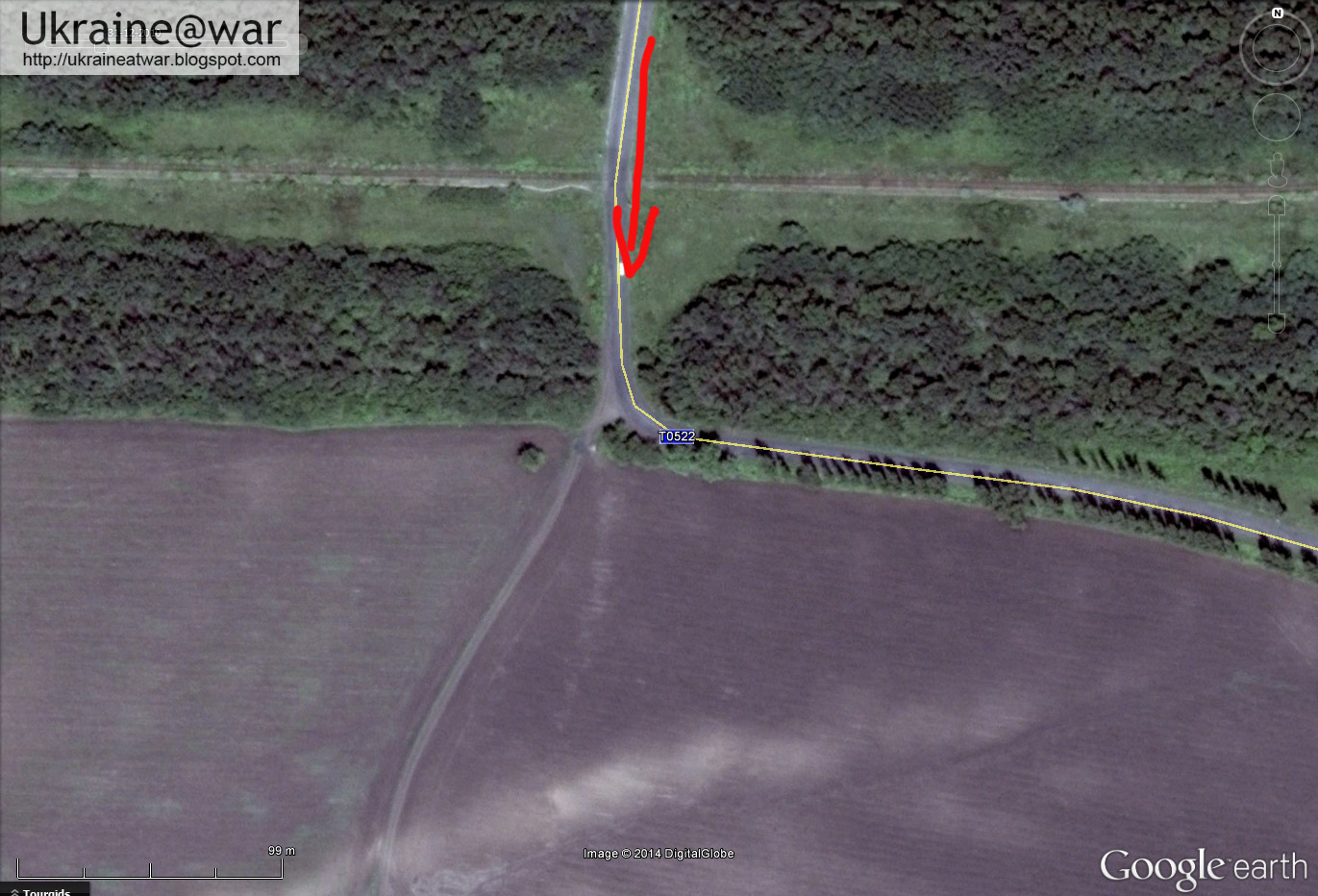 Here is another obvious double track: 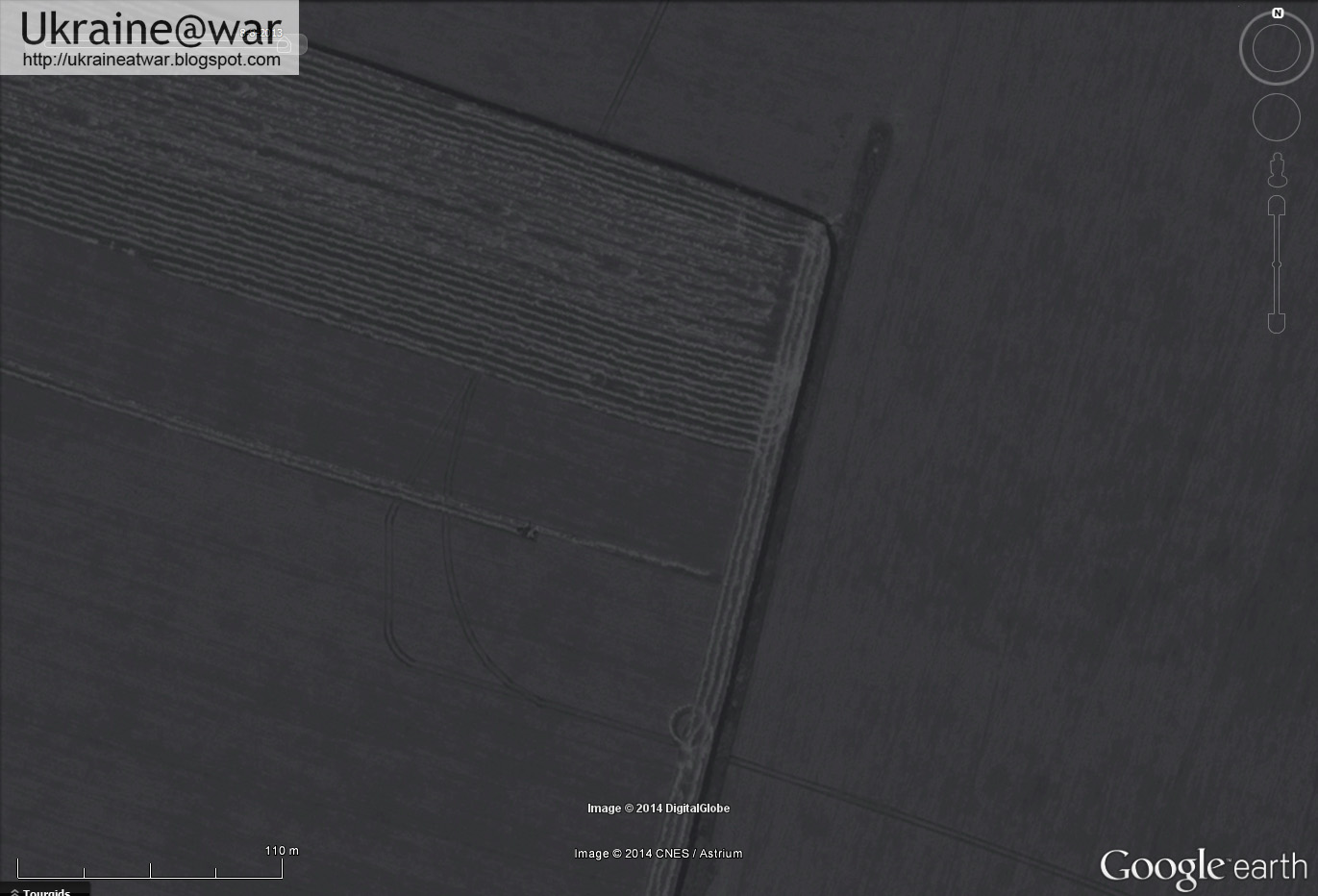 It means partly the track has been use twice, but the curve has been taken differently.

On this location a vehicle has been turning around and even partly driven into the bush: 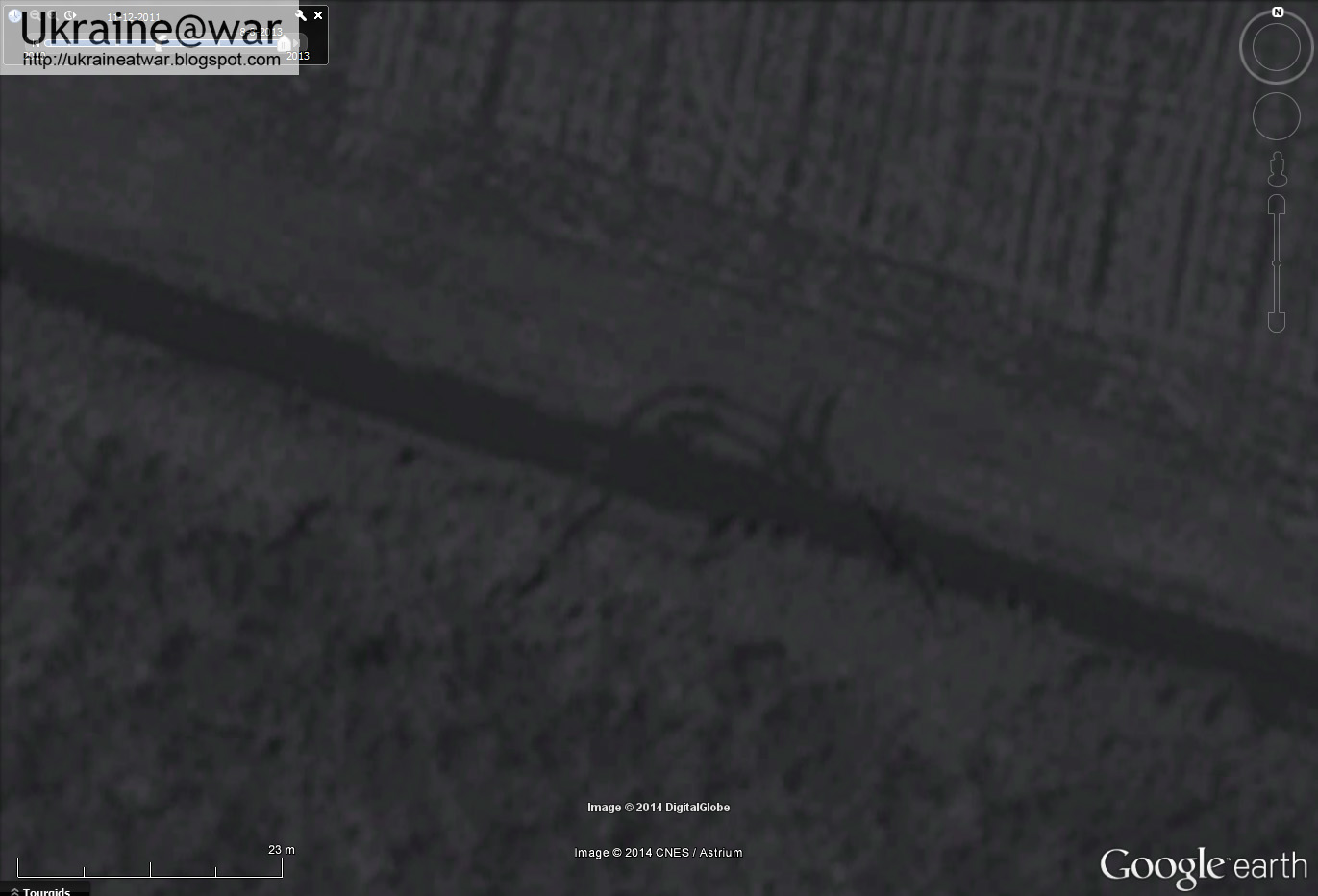 When I mark all tracks I can find, we see this: 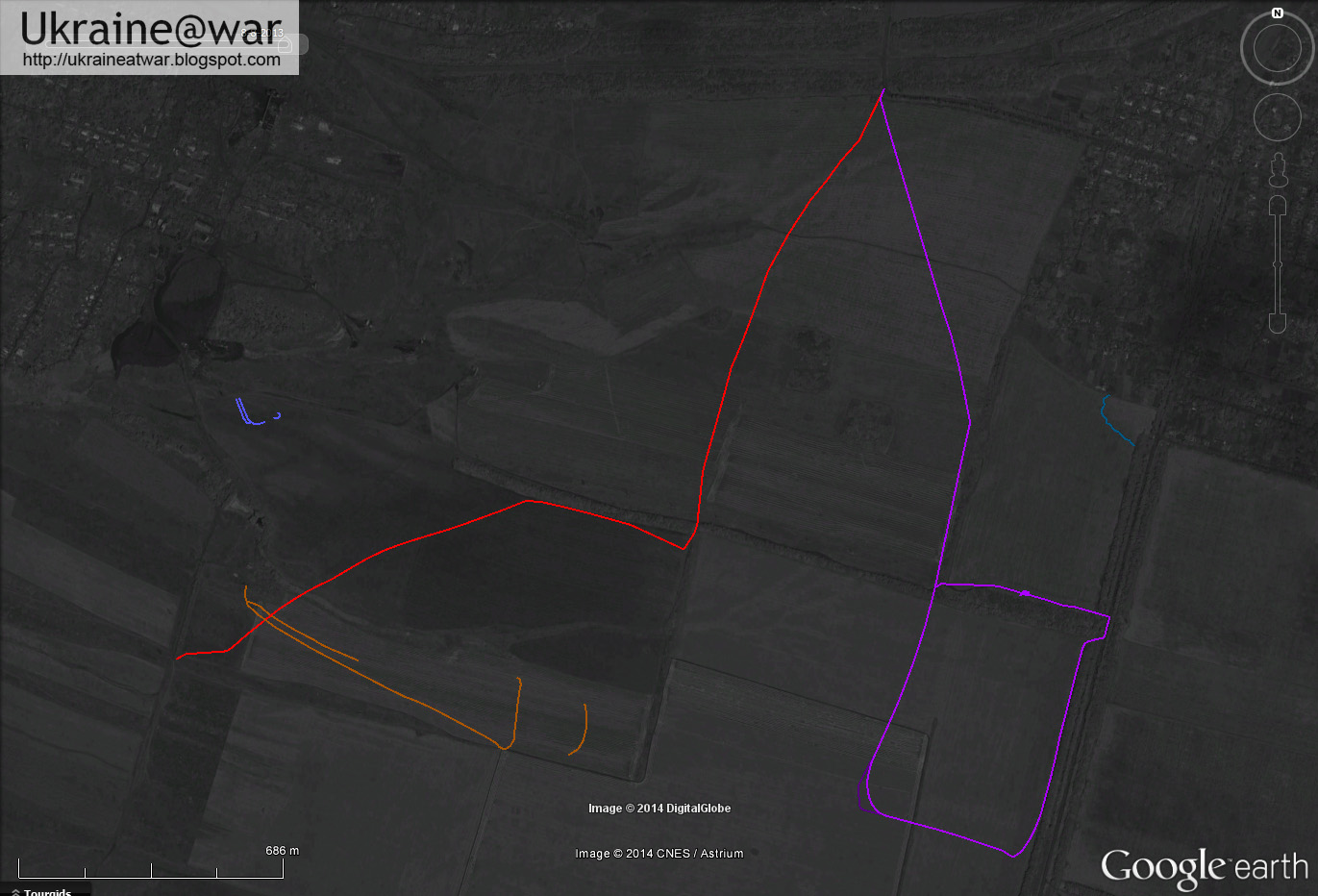 This is a link to the area in Google Maps

The orange area is special: 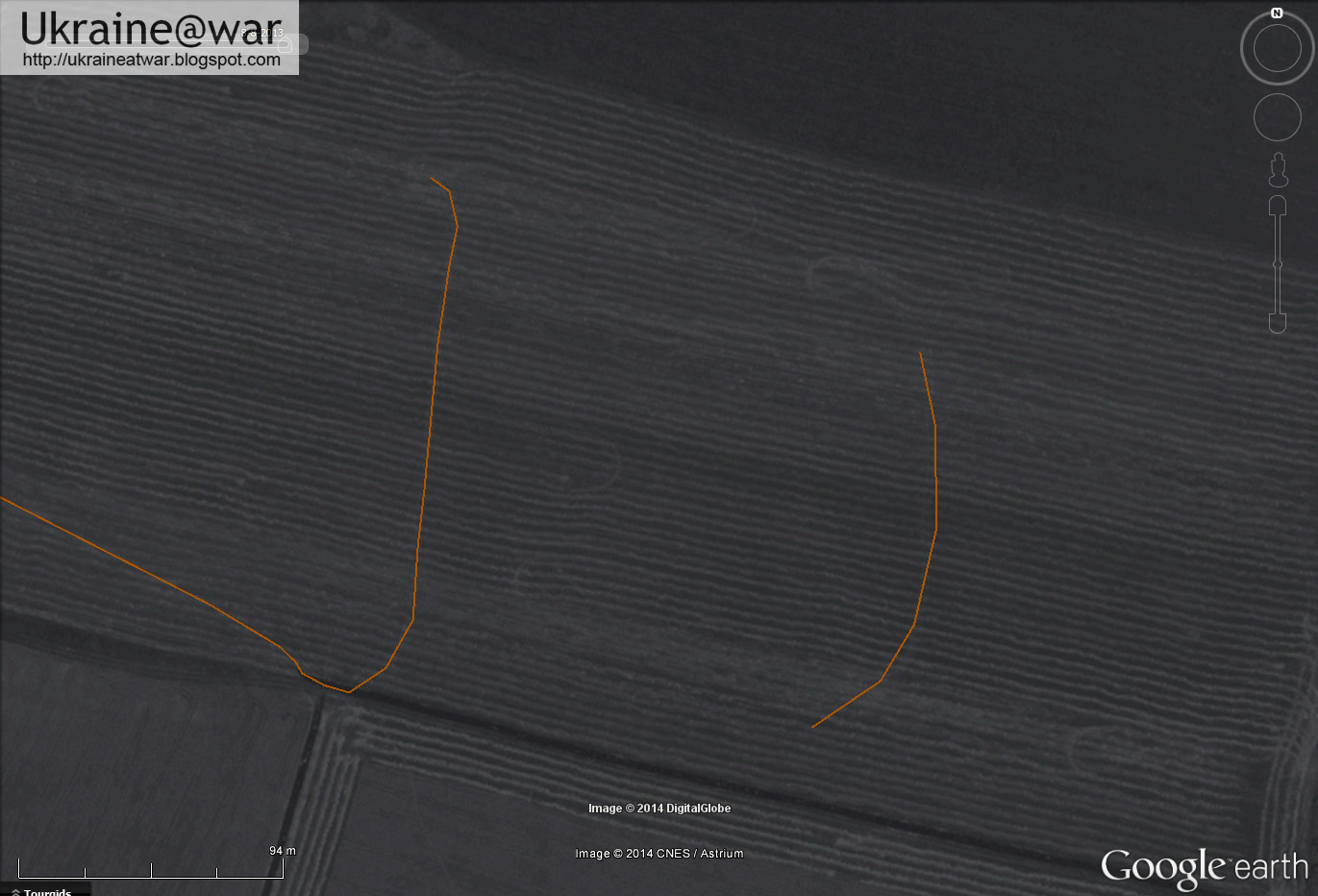 All kind of curves and circles can be seen, but they are very hard to trace, because they are covered by plowing lines.

On the normal satellite image this cannot be seen: 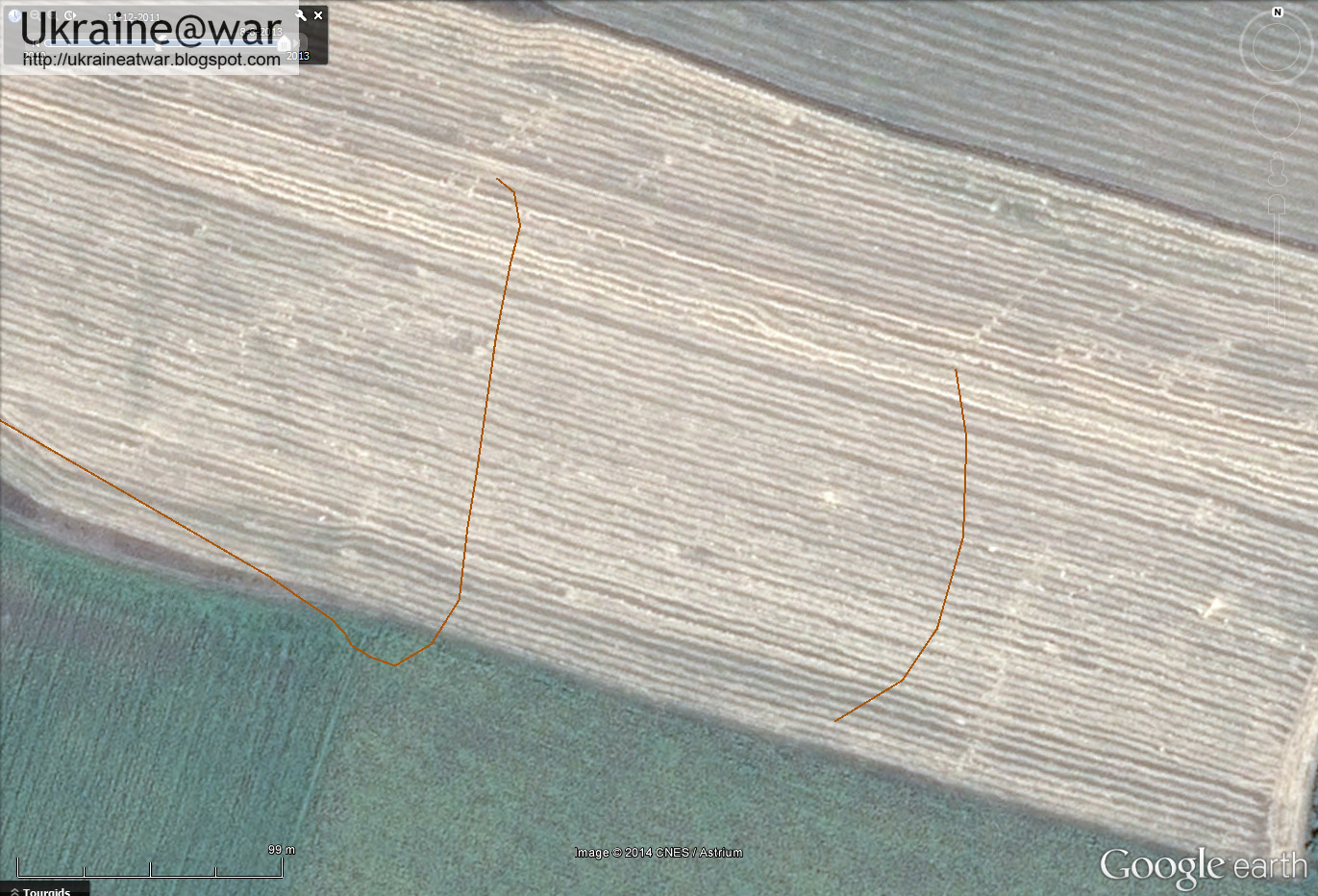 So these tracks are not normal farmer tracks.

On another spot the farmer can even be seen plowing his field!!! 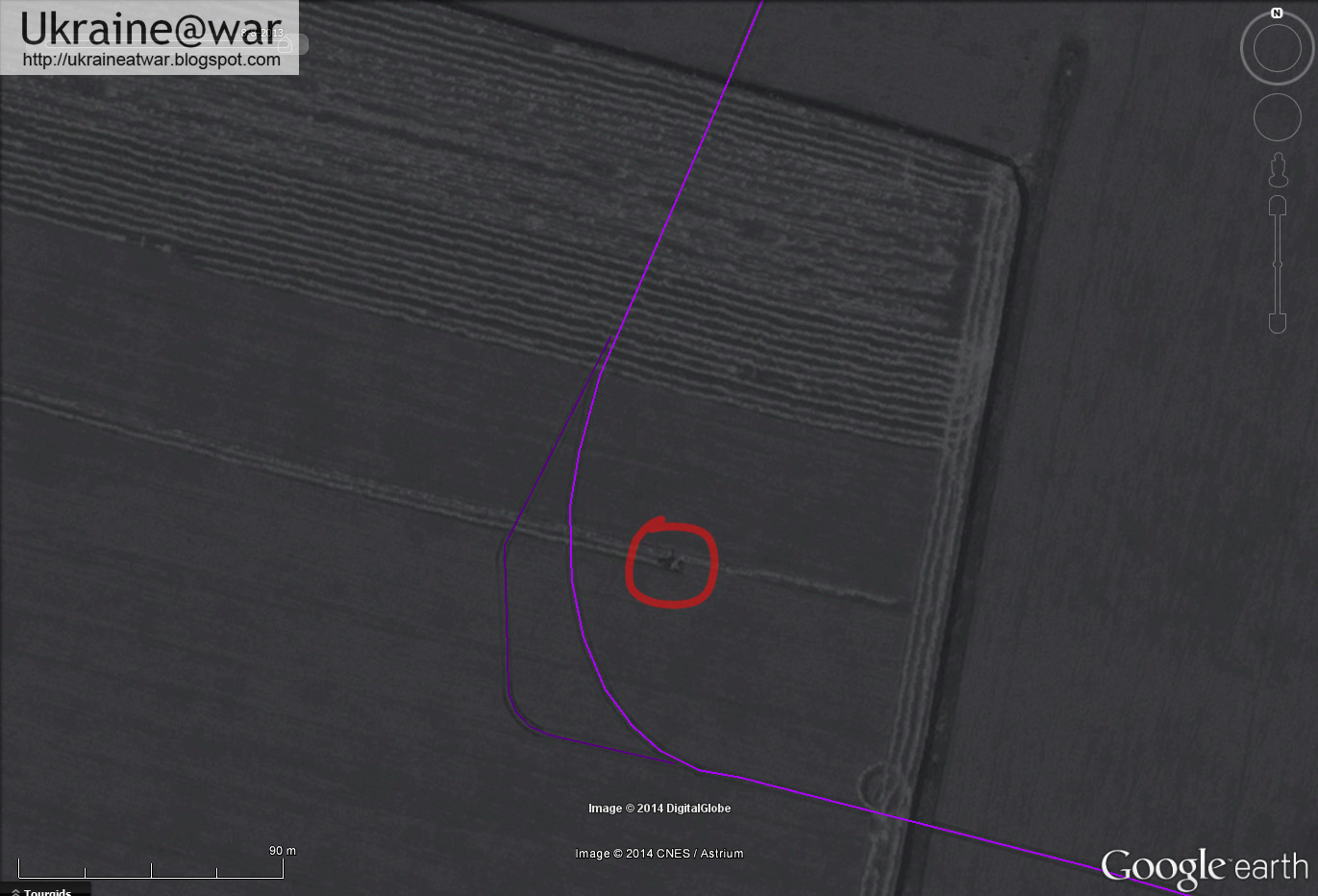 The big question is: does this reveal anything about the launch location?
Well, not in a definite way yet, but it may narrow down some possibilities...

Take in mind that it is possible that the BUK has been driving around to purposely make tracks, because all military know about satellite images of course...