WARNING: GRAPHIC
Recently this photo appeared on internet from a so called Rapid Response Team of the Lugansk Peoples Republic: 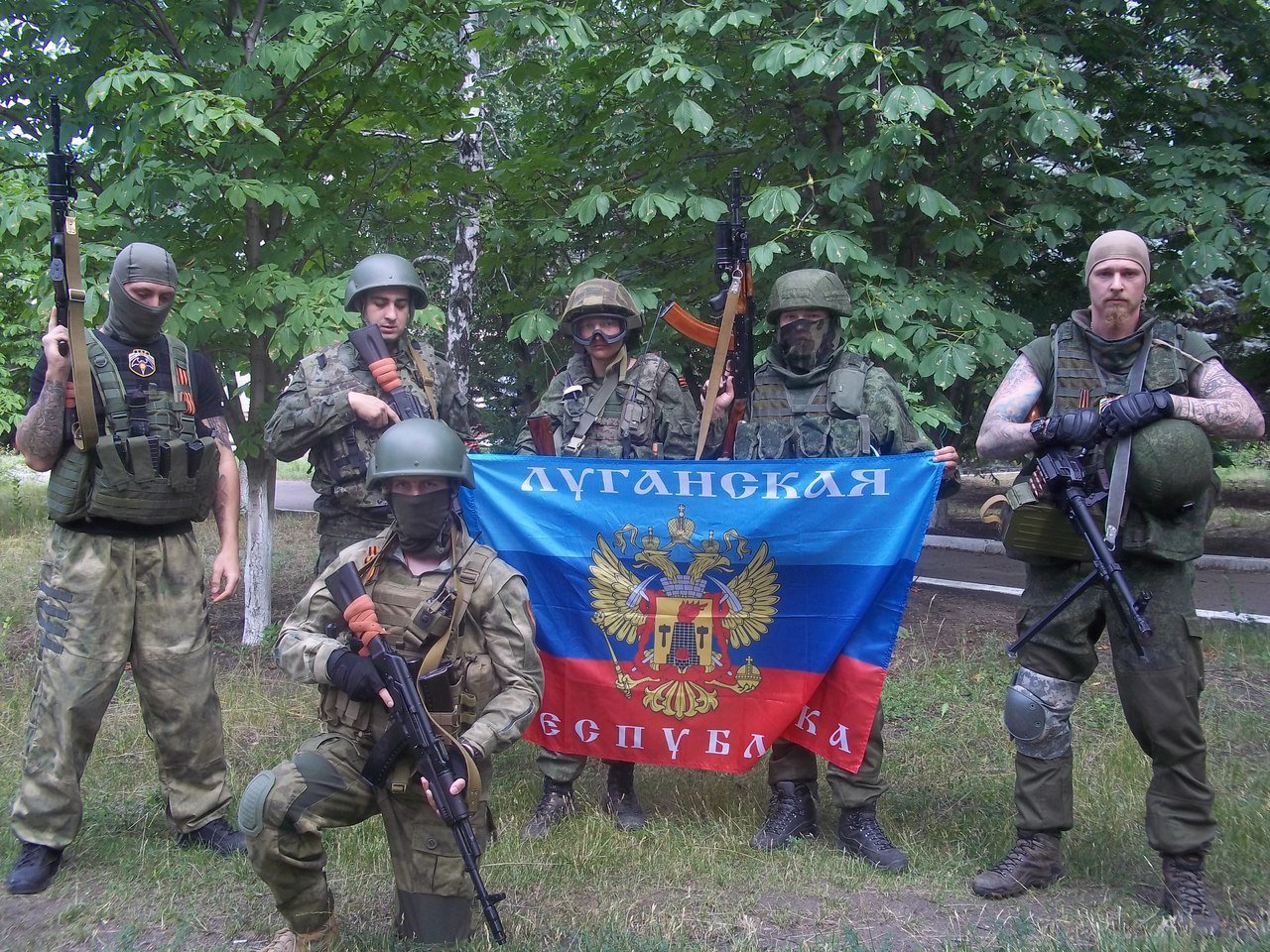 Here you can Find more Photos of this Team . Or here .

The fourth guy is masked. But there is another similar photo available where the left guy changed position with somebody else. Probably changing as photographers. 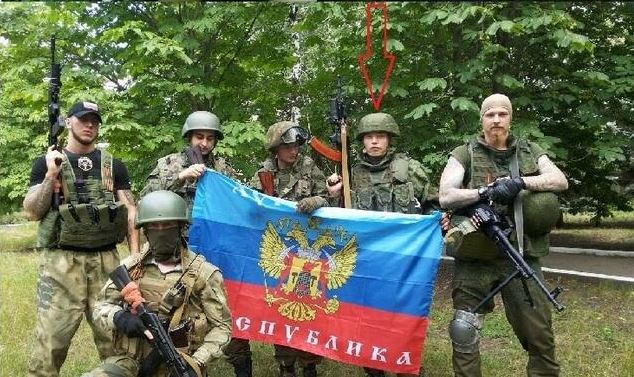 Now this fourth guy is a known person: 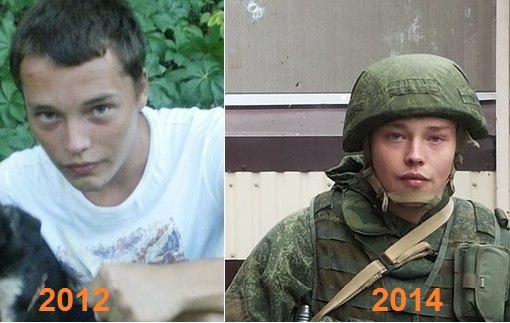 To be sure that it is really the same guy in all four photos: 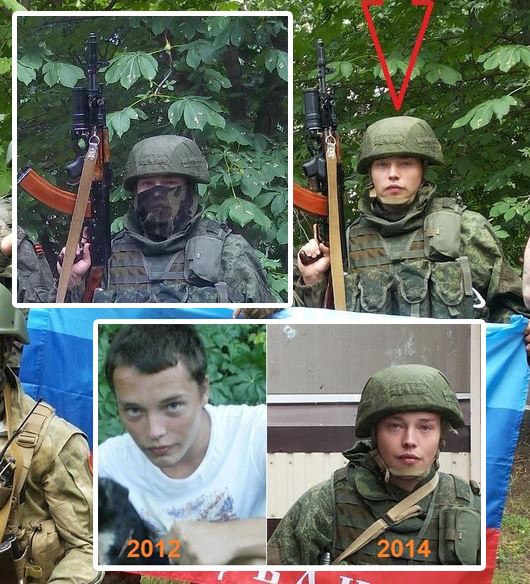 This boy is known under the name Alexey Milchakov or named Fritz and he is from St. Petersburg.

Russian social media have been exploded with some disturbing photos from this guy beheading a dog. Here are two reports about him:

He is reported to have been in the military unit 74268 (1st Battalion, 2nd squadron).

Here are his photos of the puppy (GRAPHIC): 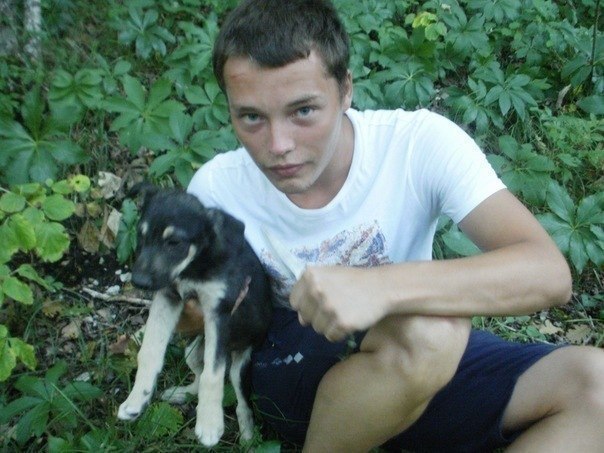 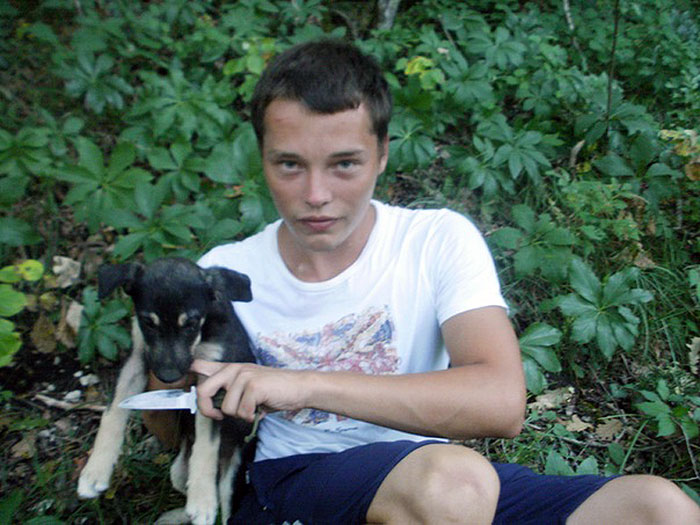 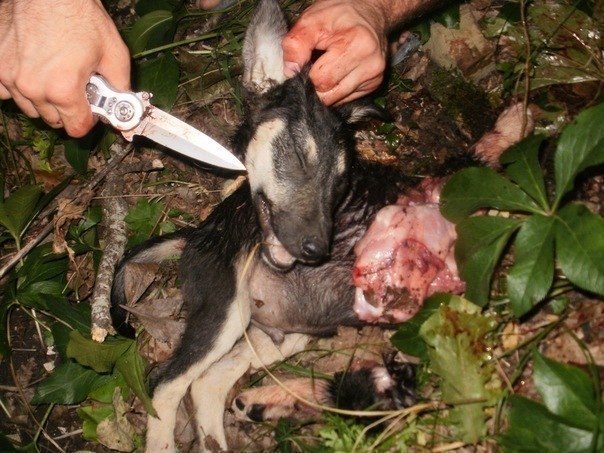 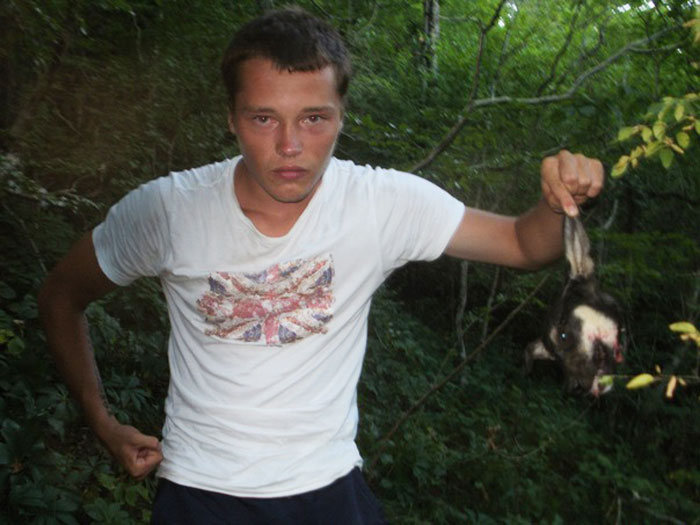 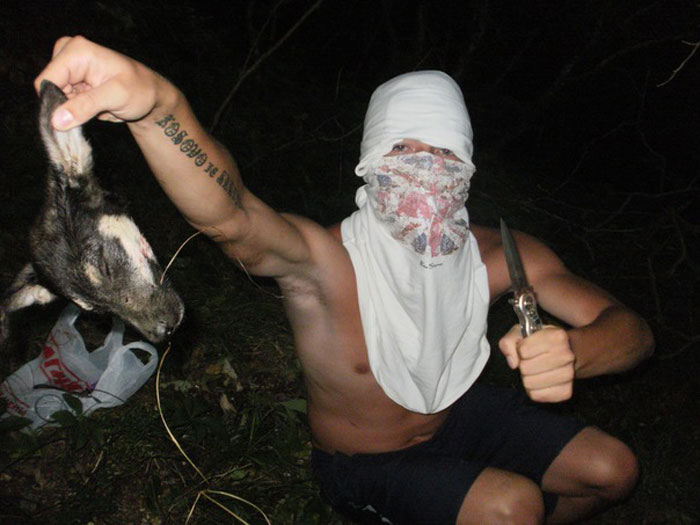 This is another photo of him: 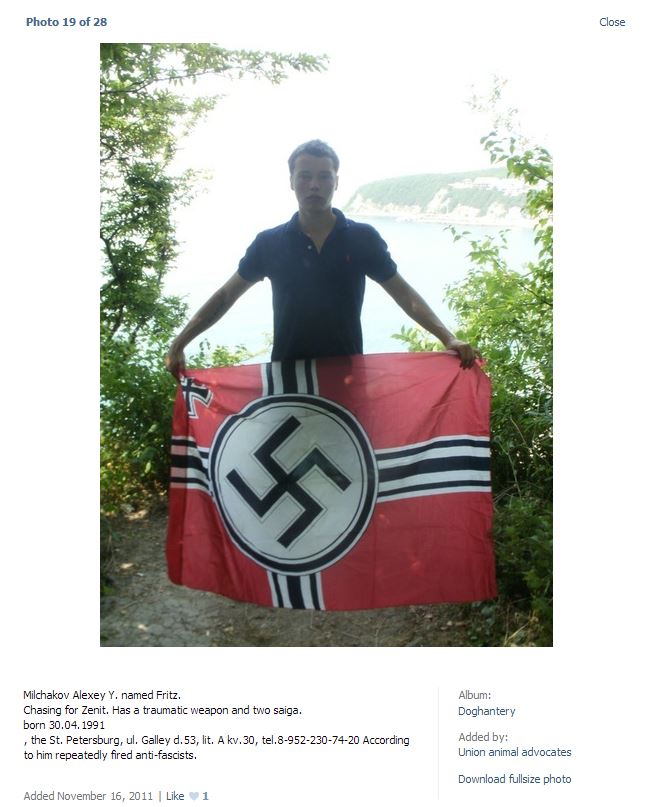 Russian social media have called this guy an 'inhuman freak' and had been asking for his arrest.

What did Russia do?

YOU GOT TO BE KIDDING!


When you are Russian and you are reading this, REVOLT against your mafia government please!!!


Oh, and this is a little intelligence test for all the Russian Trolls who read this: on which side are the Nazis in this story?
(If it is Difficult to find the answer, maybe this will help ?)


@MorbidYoung points out to this website with that particular photo with a posted date of May 26th. The group photo is reported to be from June 27th and the tattoo differs quite a lot. Even though he looks like the guy, he probably is not. (The group photo MAY have been posted a month later and he MAY have gotten new tattoos, but for now it doesn't look like that.)

This is how the Russian trolls twist the truth: they simply turn this guy into a Ukrainian soldier... 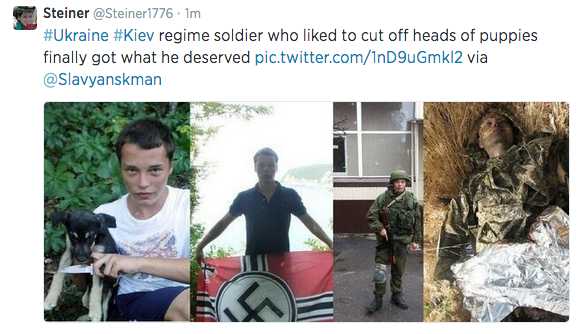 Want to spread this message? Retweet this:


Here is a video from him and his team:

And this is some more info on his lovable team members: 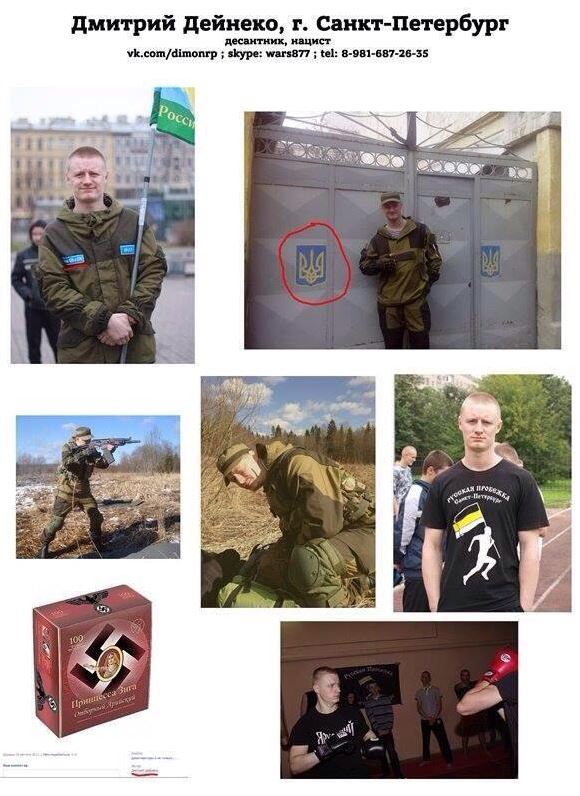 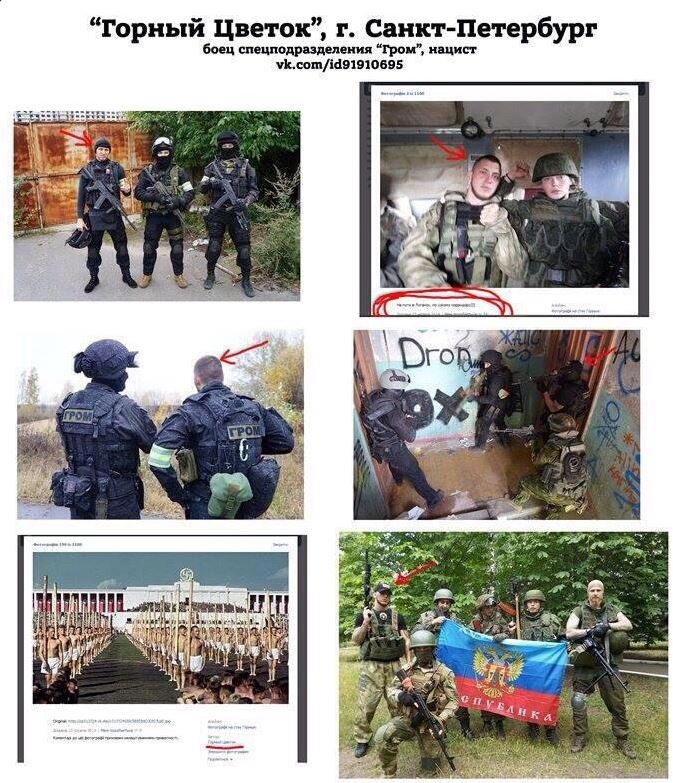 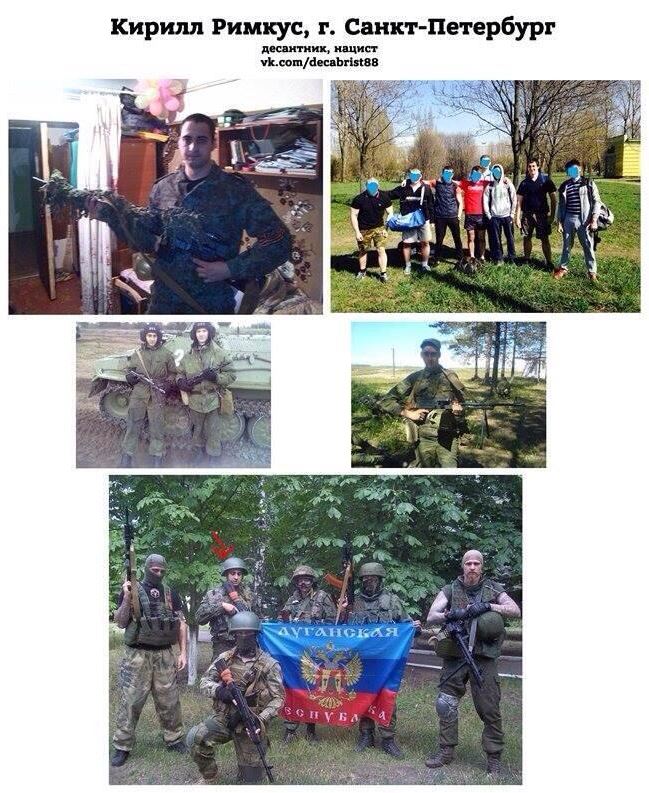