Overview of current heavy hardware in possession of (pro)Russians

Overview of origin, approximate location and condition.
This is only KNOWN and verified vehicles. There might be more of course.

5 BMDs
Captured from Ukraine in the beginning of ATO (See this Youtube video). Located at Slovyansk.

2-3 NONAs self propelled mortars
Initially one captured from the Ukrainians, but later destroyed. Received new ones from Russia.
See report.

2-3 GRADs
Recieved from Russia. One was lost in an attempt to rain havoc on a village and blame the army for it. One seems to be in Kramatorsk right now.
See this report.

3 T-64Bs, anti-air gun
Crossed the border on June 12th. Located in Donetsk.
See this report and this one.

4 tanks, 6BTRs, 14 trucks 2 guns (see this report)
Crossed the border on June 20th. 2 tanks and 2 BTRs went to Kramatorsk/Slovyansk. Some operating from White chalk hills.
2 tanks and 3 BTRs went to Torez and from there likely engaging towards Amvrosiivka and Marinovka. (See this report.)

2 BTR, 1 BMD, 2 T64b
Captured from Ukraine at Metalist on June 17th and revived. Located in and around Lugansk.
See report here and here and here.

NOTE: when transports are done during the night and driven to final destinations they are not likely to be filmed. It means there might be substantially more hardware than this. But these are RECORDED 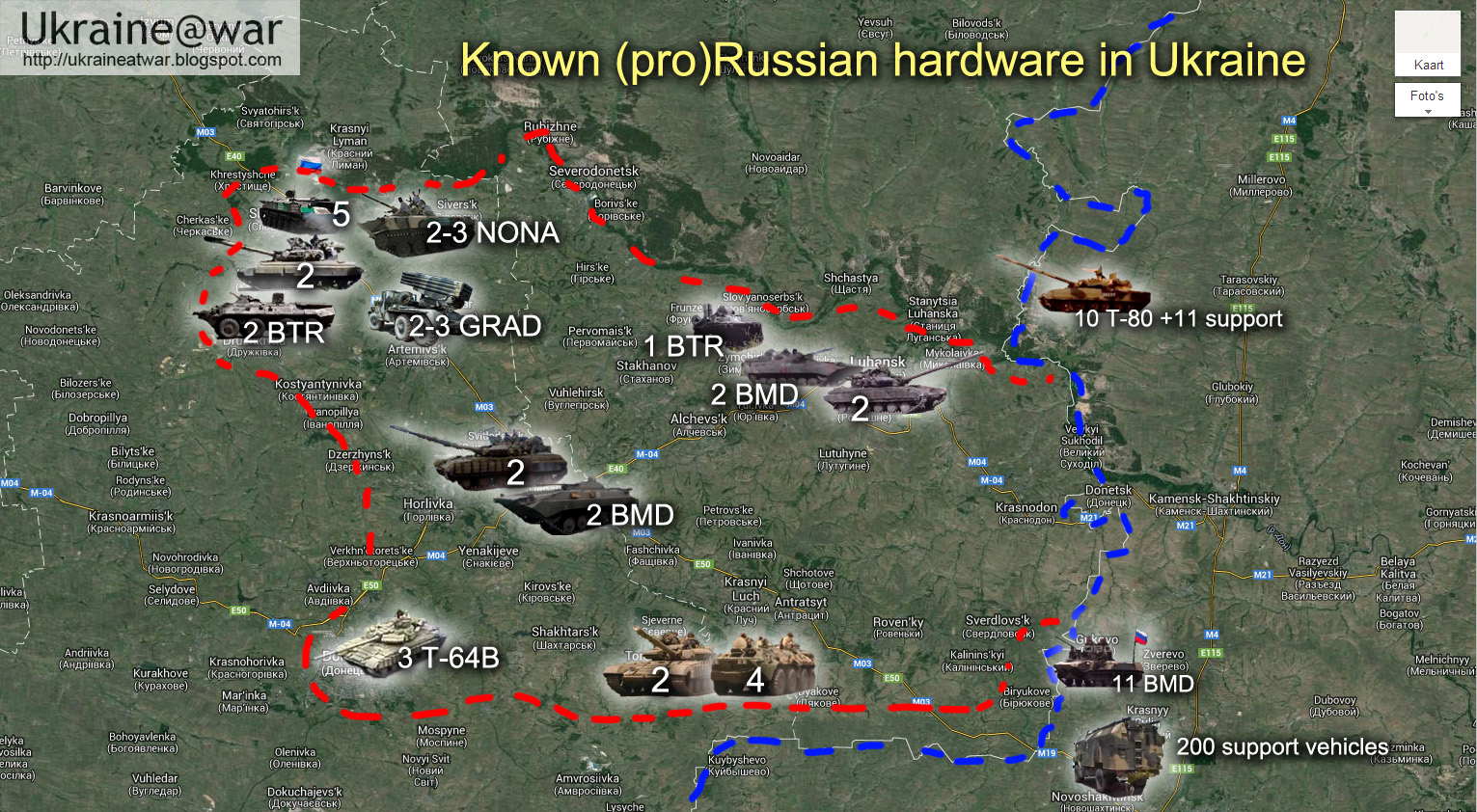 UPDATE
This video shows another vehicle in Donetsk June 26th: 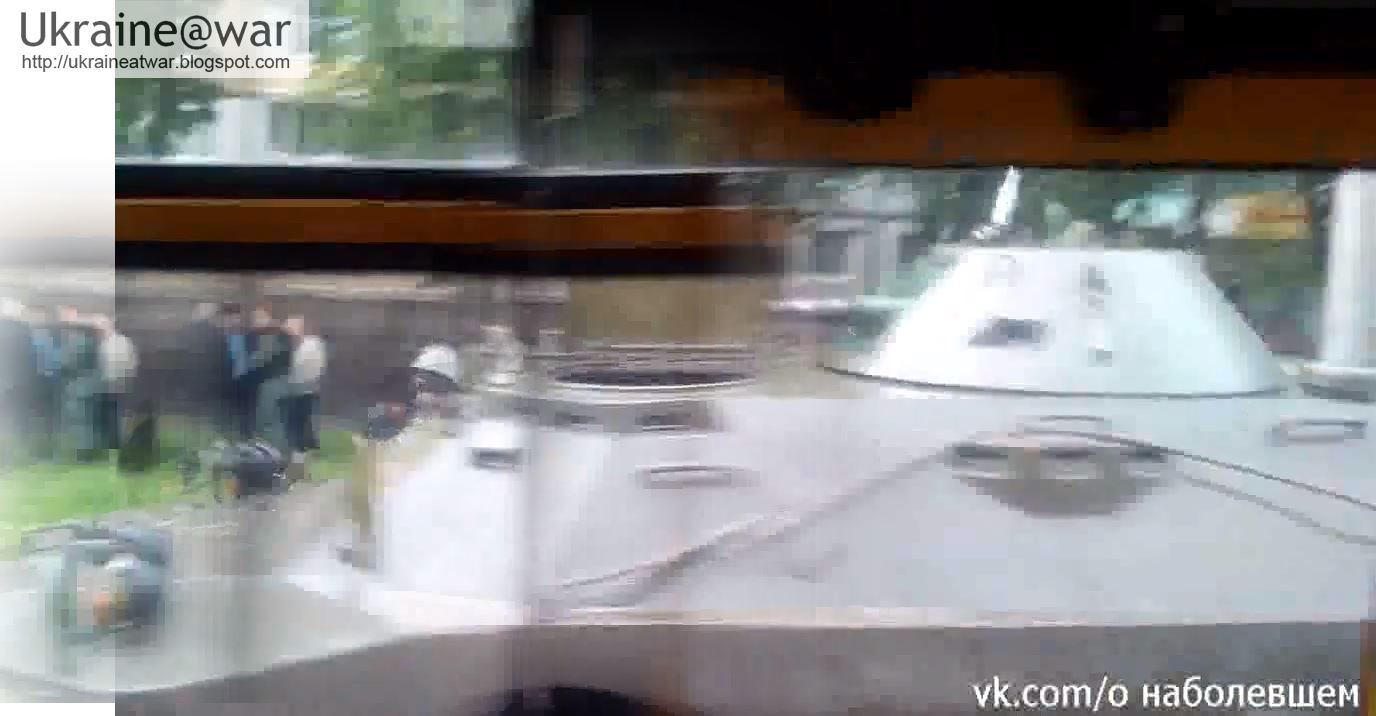 It is a  BRDM-2, an amphibious reconnaissance and patrol vehicle. If it is spotted in Siversk on June 20th, it may have traveled back to Donetsk, because some tanks arrived at Siversk.
Question remains: where did it come from?