A NONA Mortar (looking for divine protection?) firing from the terrain of a protestant christian church 'Church of the Good News' in Slovyansk:

.
This is the location: 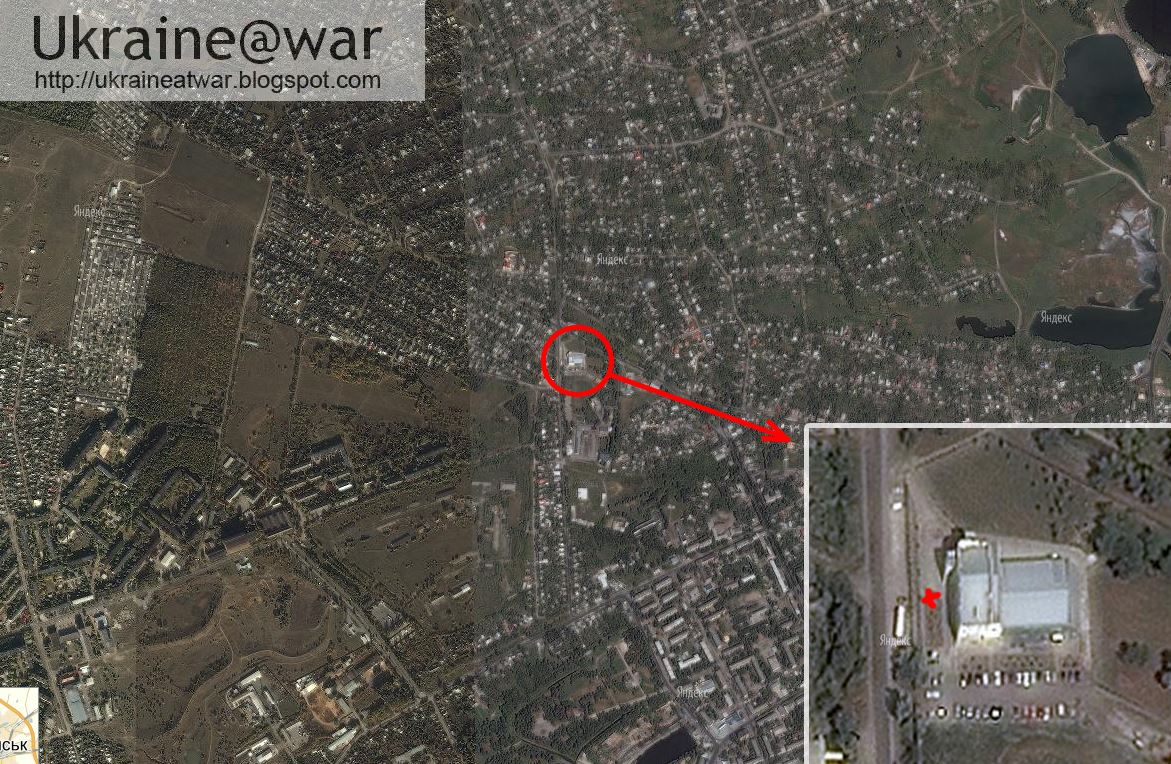 
From this position they probably fire at the tv-tower where a Ukrainian base is.

The real reason the (pro)Russians fire from this location is that they hope the church will be hit when they receive return fire, so they can use the images in their propaganda.

Earlier they did something similar with a hospital and a kindergarten in Slovyansk.
In Krasny Liman their HQ was in a hospital.

Since the only NONA the (pro)Russians had, had been destroyed a week earlier (first it was hit by an RPG, then they towed it around on a trailer, then it was hit again and destroyed; see this report), it seems they received a new one. So far it is unknown where it comes from and how it got into Slovyansk.

UPDATE
Now we know how two tanks got into Slovyansk, we also understand how the NONAs got there.