I was investigating the Russian Troll Network some deeper and found out that @LowMaintainLife is a major Russian Propaganda Twitter account that a lot of people mention and/or refer to.

Google Cache gave this though: 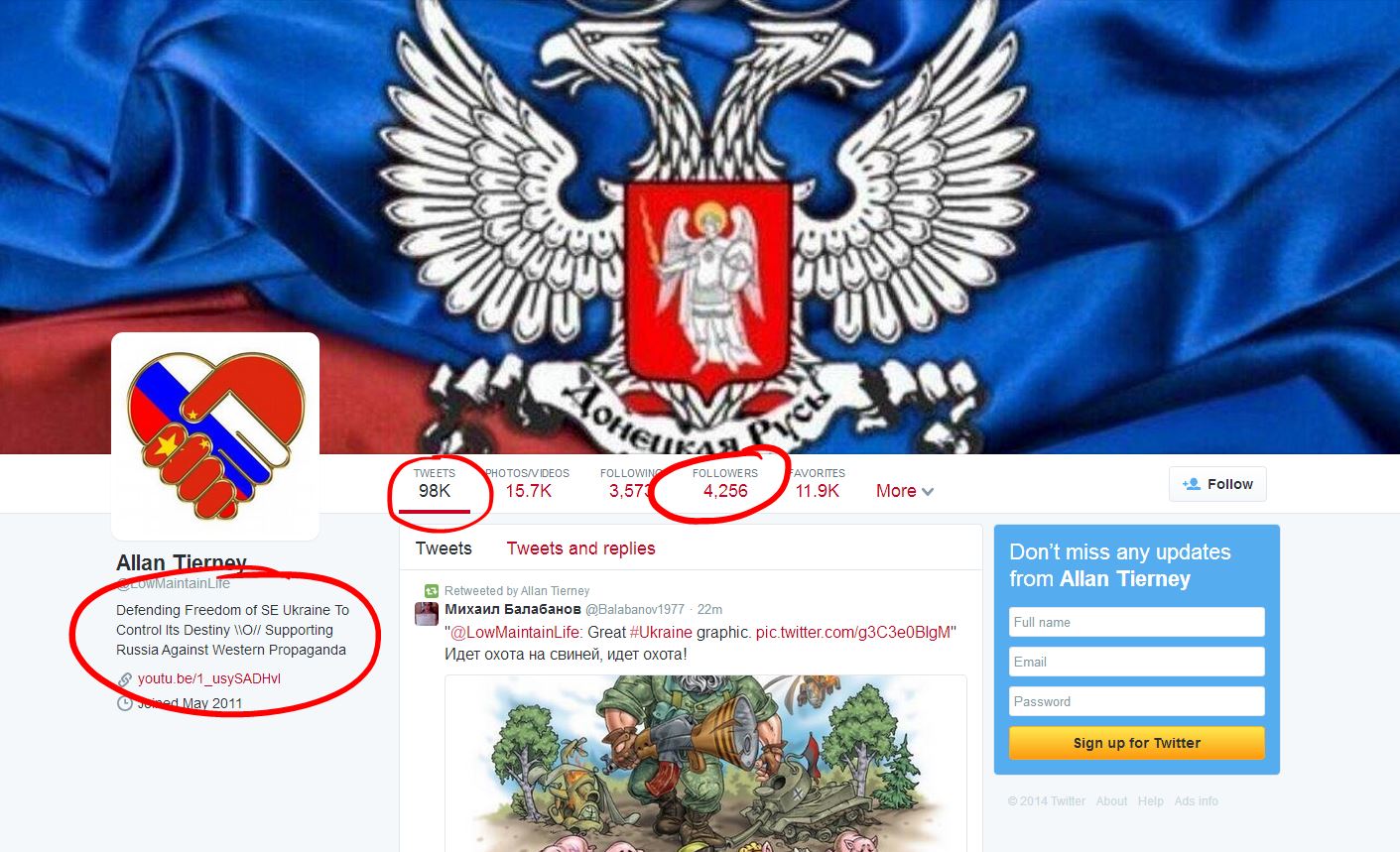 Look at this twitter-search to see how many times people refer to him.
I mean... even Graham Phillips mentions/cites him:

So, what happened?
Did Twitter turn that account down because of hate speech maybe?
Did 'Allan Tierney' defect/join the Ukrainian army now, to 'get rid of the Russian scum'? See this blog.

Russia is not giving up such a big troll-account just like that. So something must be going on...

Oh and by the way... I tried to trace @BradCabana's sources and that is how I got to this guy.


The answer comes from @IgorBrigadir:


So... The Russian Trolls just recently RENAMED one of their BIG accounts into 'Novorossiyan'. And now it LOOKS LIKE this NovoRussia-account already has a huge support...

This also reveals that behind the curtains, the plans for this NovoRussia are still continuing. 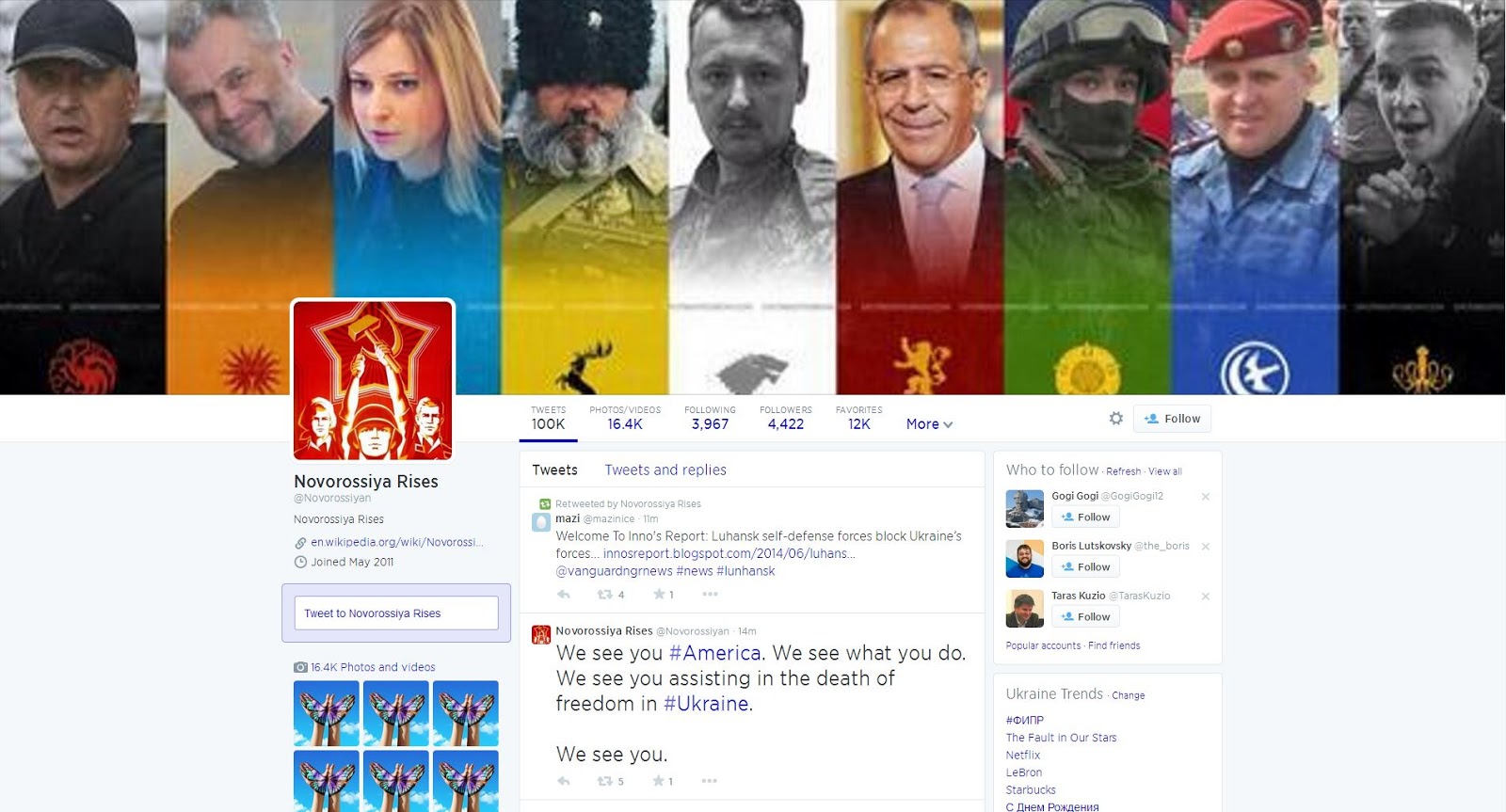 Also see: how to spot a Russian Twitter Troll.