(pro)Russian lost two tanks and got at least three new

From June 26th to 27th in the next four places tank attacks have been reported: 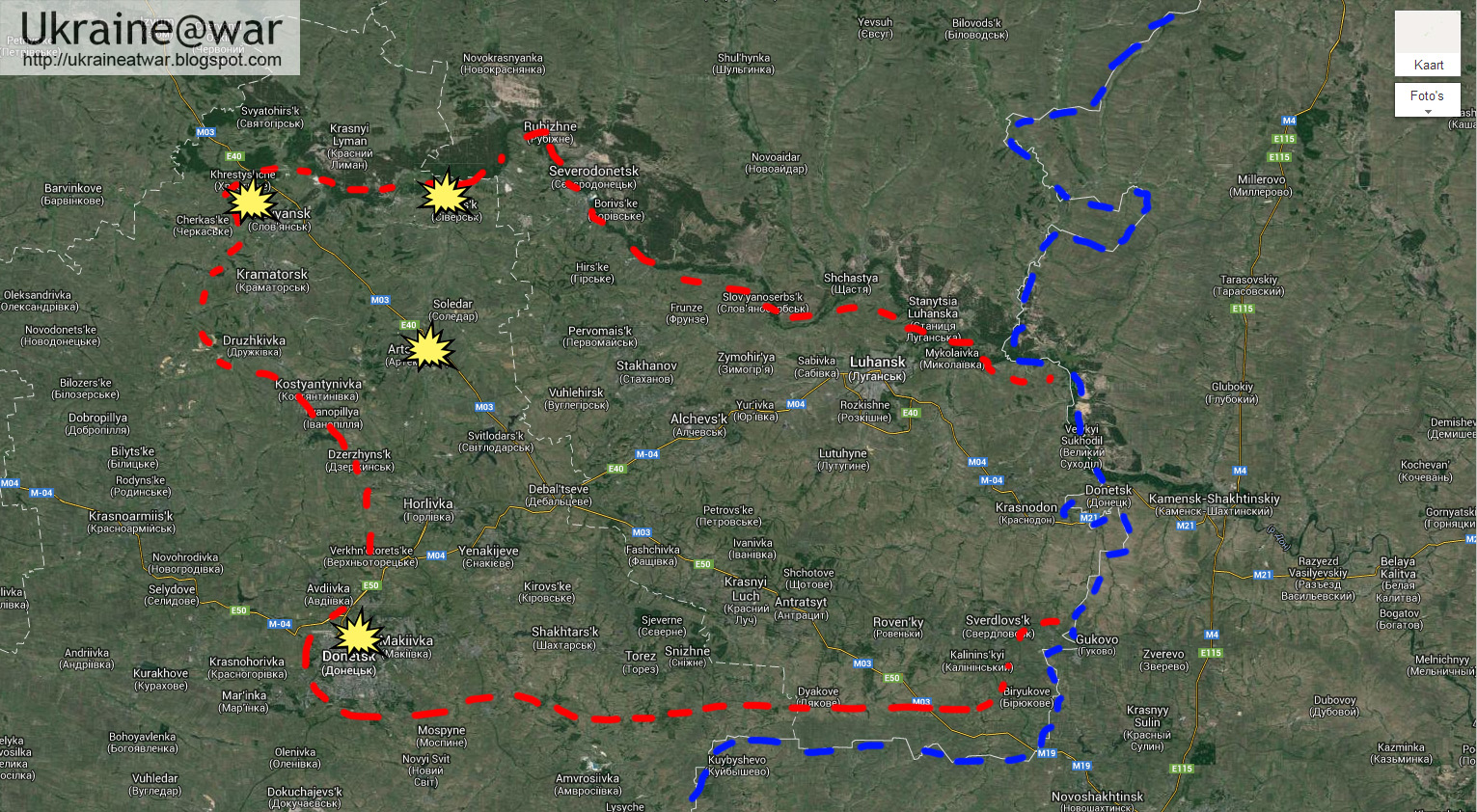 In Slovyansk there was a deadly attack on the Ukrainian checkpoint near the fish farm. One tank has been captured and one destroyed. Here is a photo of the captured one:

This tank looks the same as one of the first three tanks that entered Ukraine on June 12th: 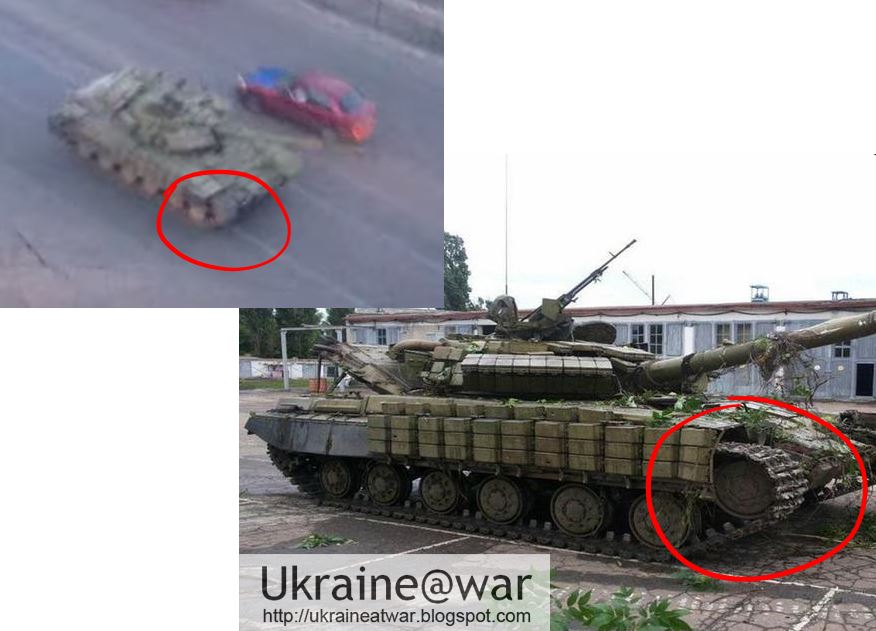 It means the other two might have gone into that direction too.

By the way, it is confirmed that it came from Russia:


In Artemovsk the tank base has been attacked again and 1 tank was involved in the attack: 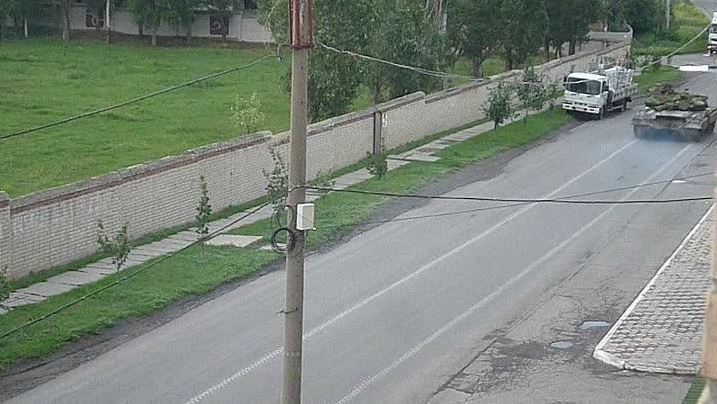 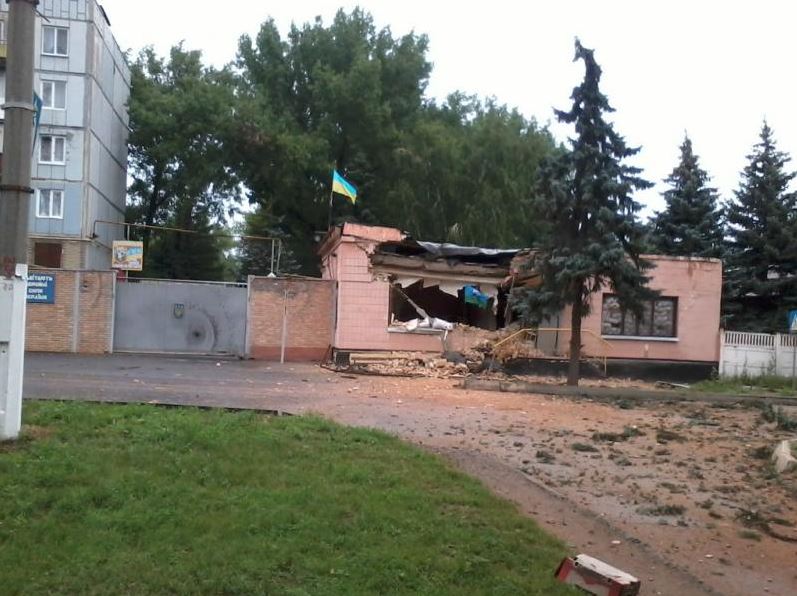 Here is a detailed report with photos.

In Siversk two tanks attacked across the river:


In Donetsk tank gun fire has been heard:

In Donetsk also a BRDM-2 an amphibious reconnaissance and patrol vehicle has been spotted in this movie:

It is openly flying the Russian flag! The location is here:


After some research we found out that it had already been seen in Siversk on June 19th:

The location of that rebel hideout is here.

Today 5 tanks have been spotted in Siversk:

Assuming that they did not travel all the way from the Russian border in one day, all available tanks in the region might have been send there for an all out attack on Yampil very soon.


Information from locals tell us that 2 tanks and 1 APC where spotted in Suhodolsk and in Krasnodon 3 tanks and 1 APC. These could be independent sightings. It could be the same convoy. 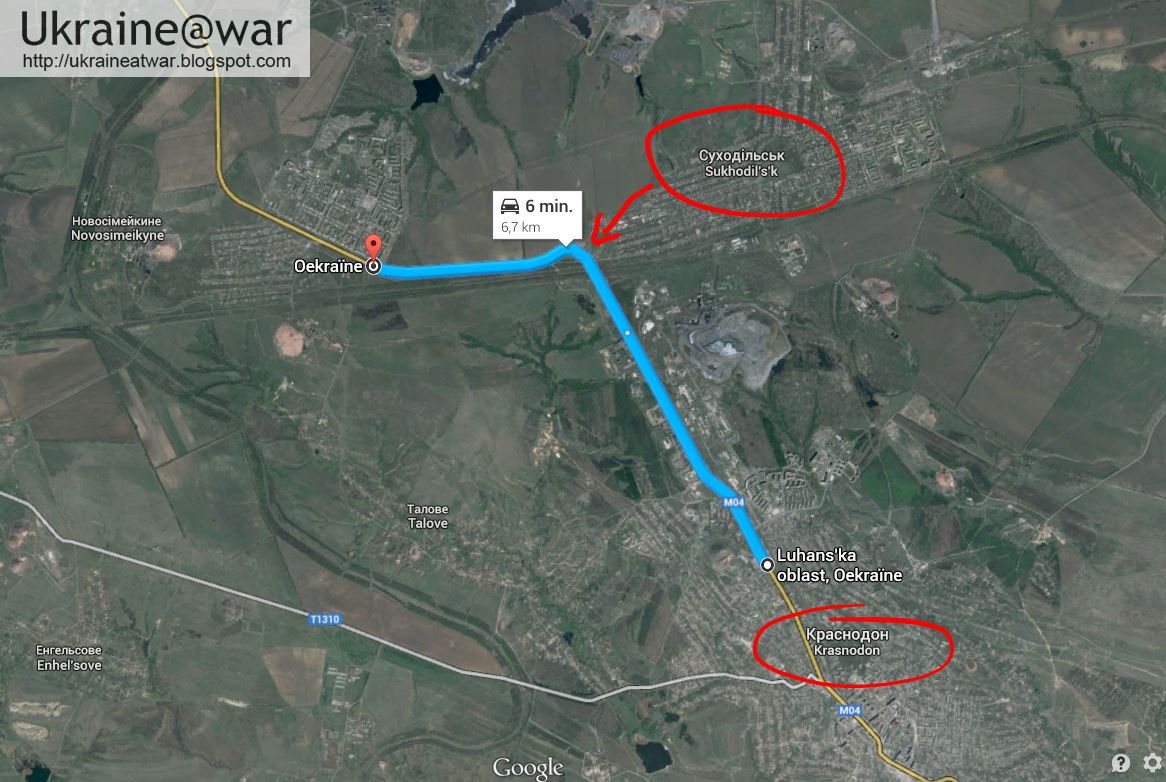 There is no confirmation yet, but these might be replacements for the two lost in Slovyansk.

This makes the situation by the end of June 27th like this: 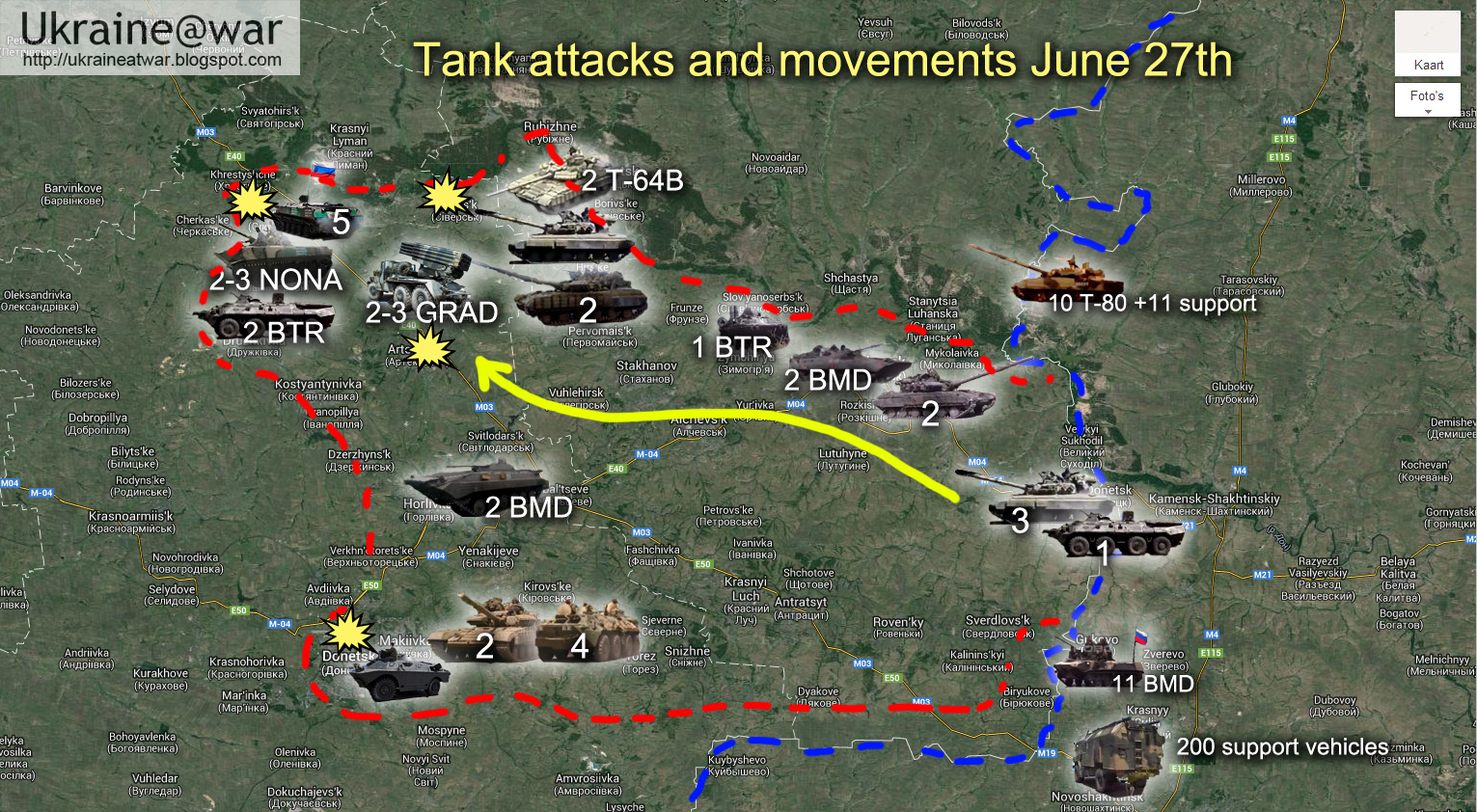 Also see: Overview of where all these tanks came from.

(If you see any errors or have additional info, please let me know.)