Here is a video of a T-64 tank doing a twist and turn in Luganskii a suburb of Lugansk.

Here are screenshots of the tank for easier identification: 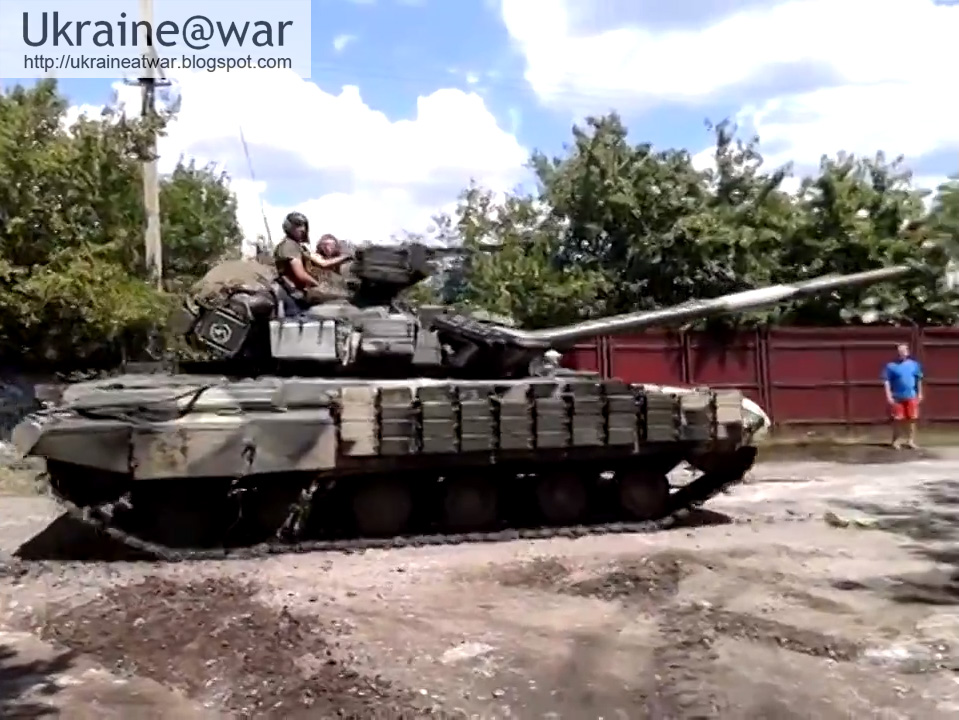 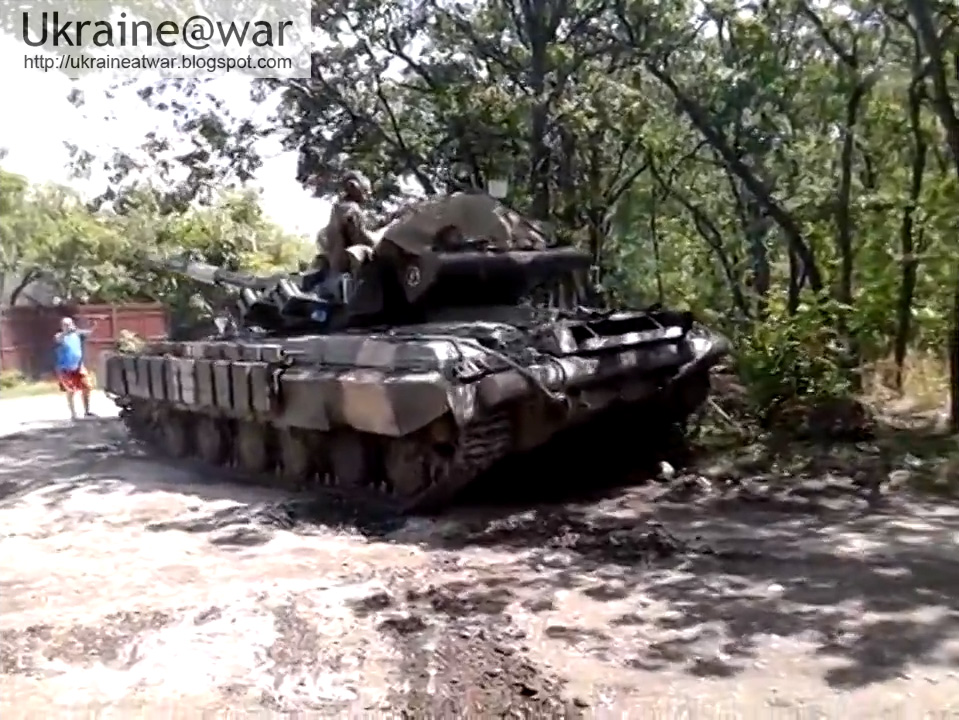 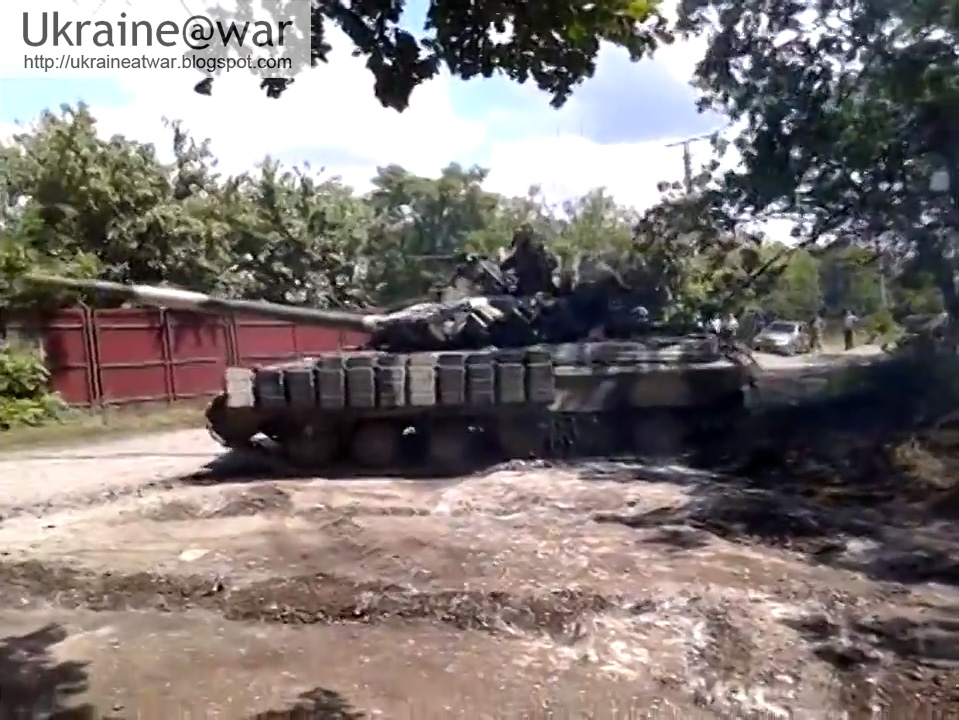 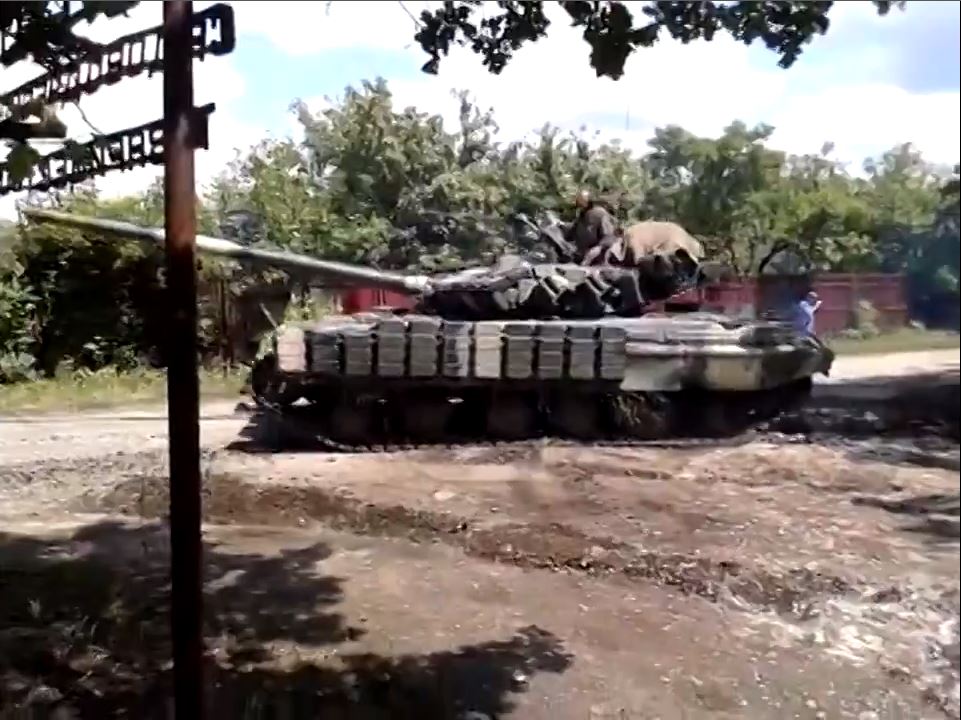 It has white paint on it's right spoiler: 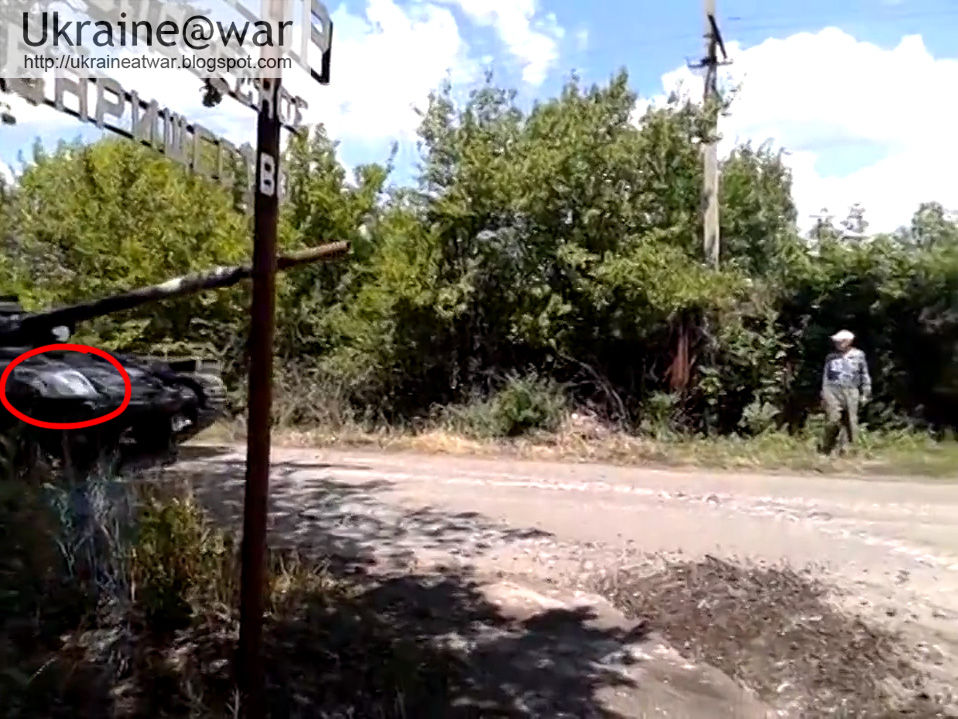 This NOT the same tank as the one revived from the Ukrainian army: 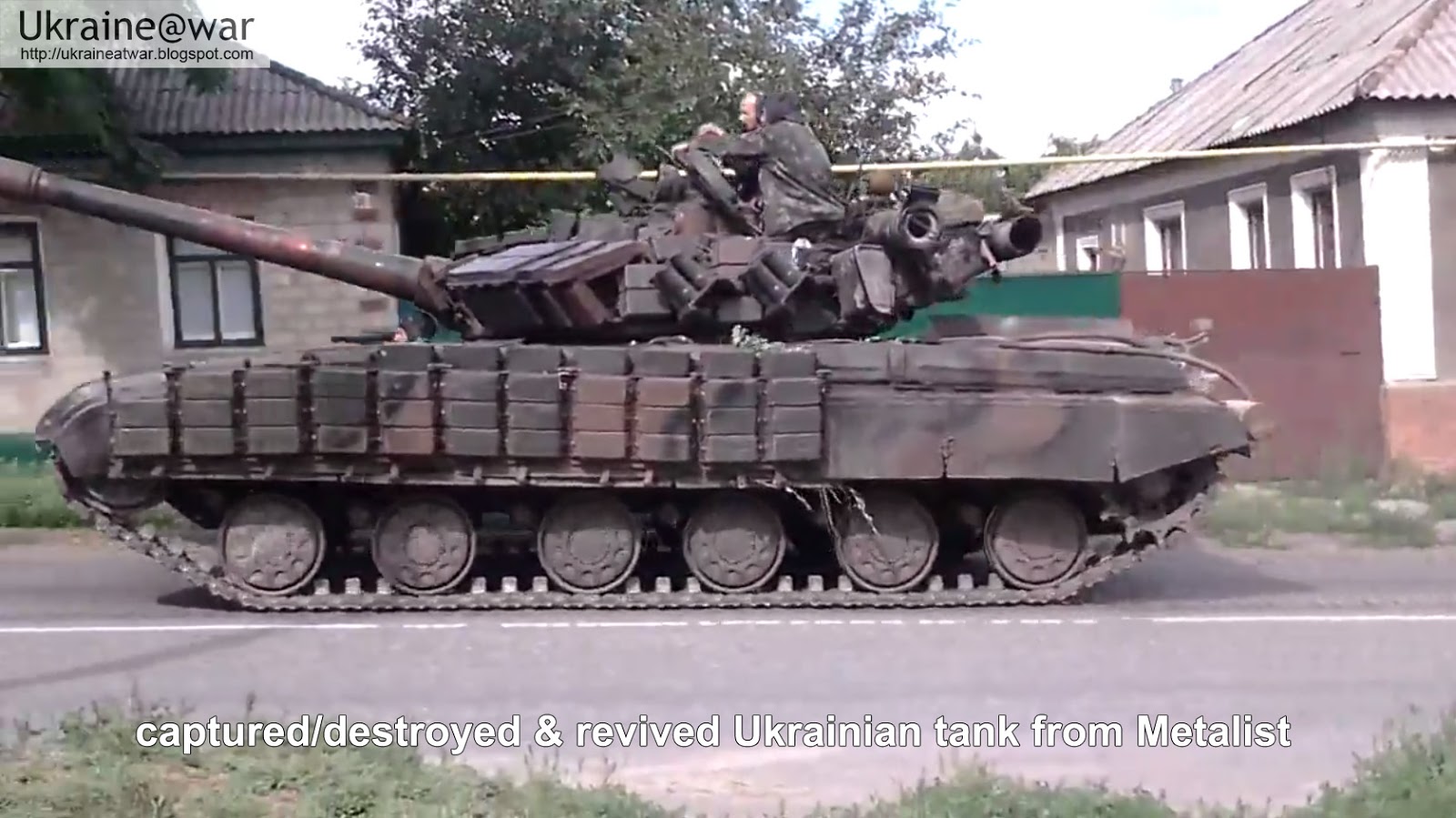 Painting is different. Snorkel on backside of turret is different. White paint was on the LEFT front spoiler and is removed. So it is a different tank.

What we do see is a similar logo on the snorkel as on the Metalist-tank: 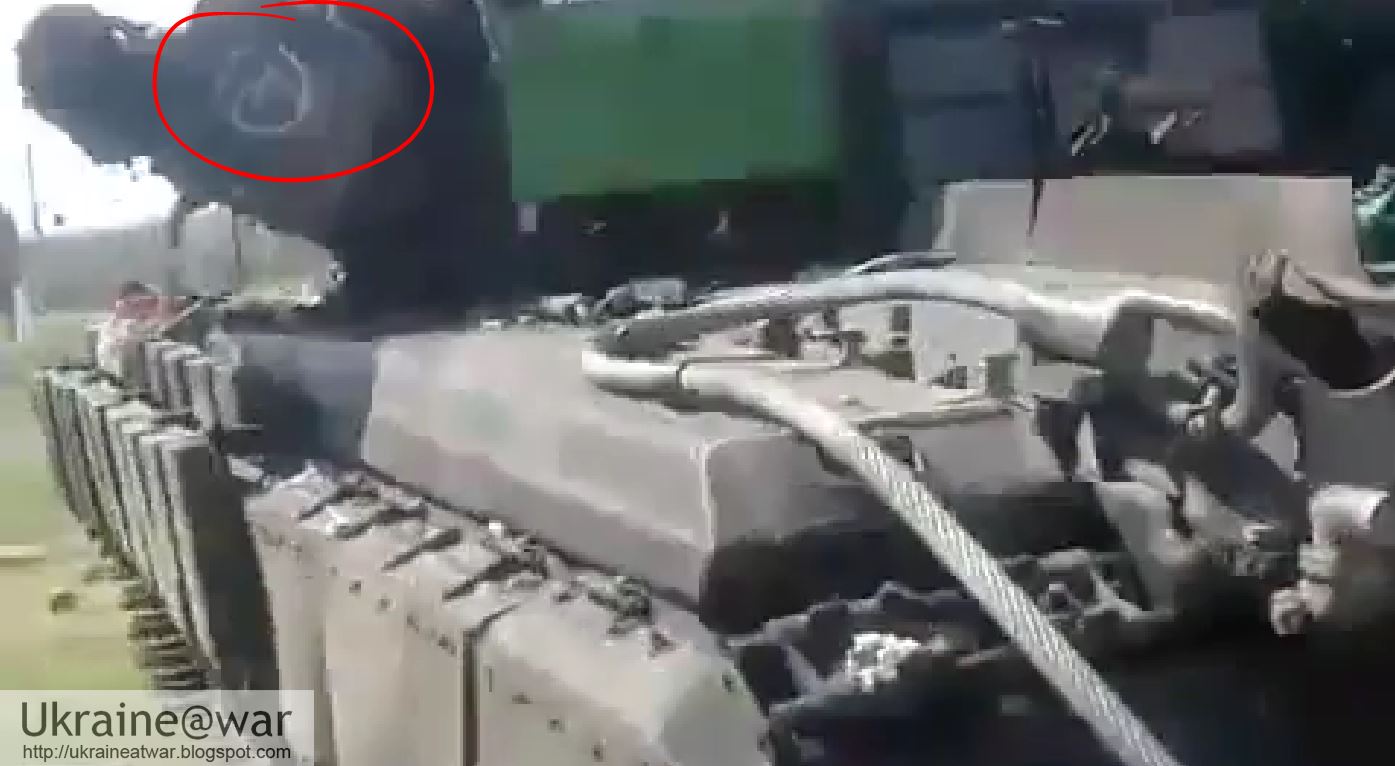 Which is an indication that this IS another captured Ukrainian tank. So far we have not had specific reports about other lost Ukrainian tanks, although we did hear about substantial losses and we have also seen a very deadly ambush, where some other kind of armor was captured.

Another clue is that on June 20th, when up to 40 Russian vehicles invaded Ukraine, it was reported that the Lugansk airfield was surrounded by heavy armor. So far we have not seen any confirmation of this. But maybe this is the first incident? 6 tanks, 6 GRADs and 9 trucks that had been reported to also have entered Ukraine have not been seen up till today.

Although it is hard to geolocate this video, the description says this was in Luganskii, a suburb of Lugansk. 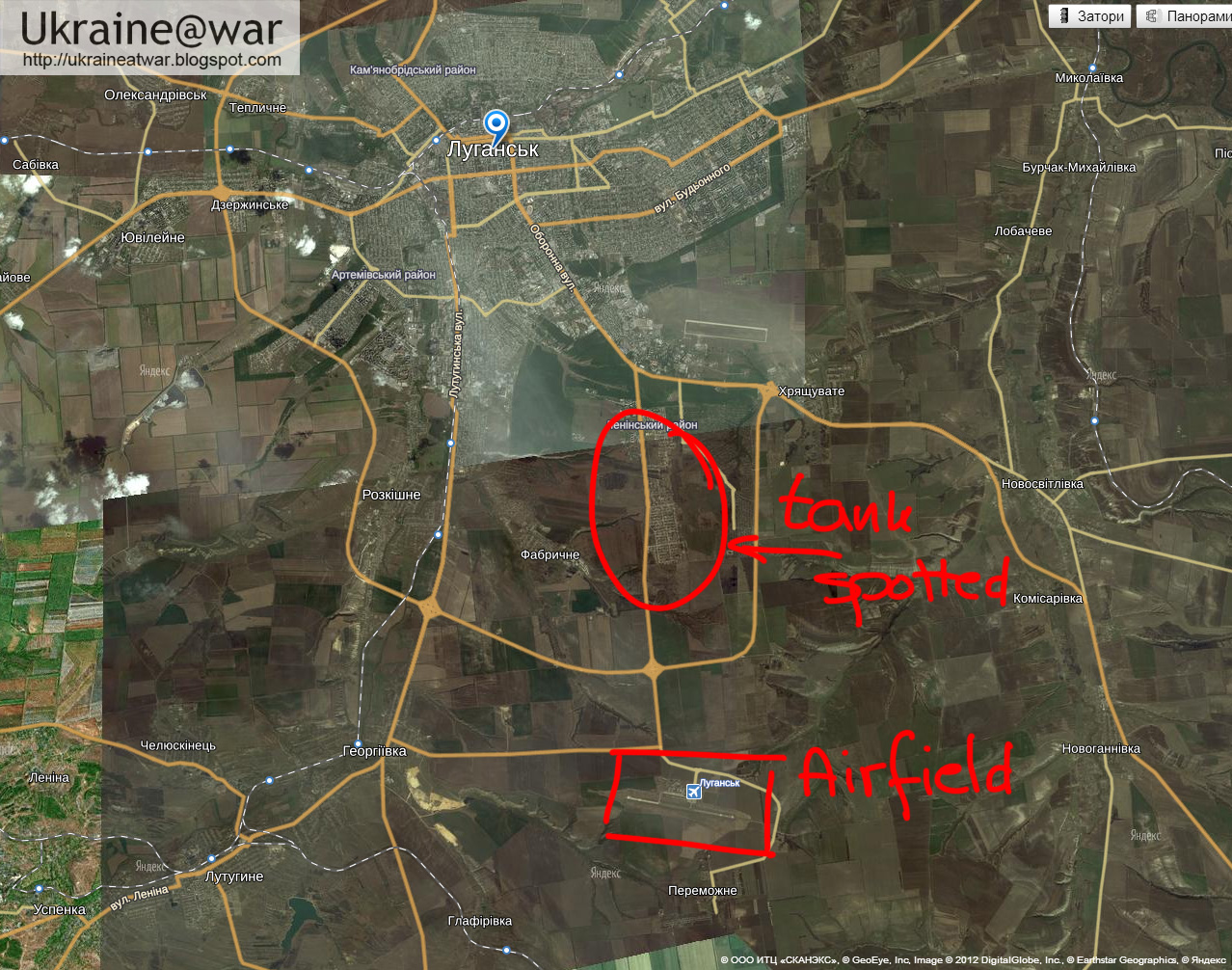 Basically we have two options:
Most likely is that is has been captured too.
It is deployed in the South were the main (and only?) target is the airfield.

As it seems in the video, the tank crew is doing it's own exercises to get ready for battle...


(If you see any errors, have any addition, please let me know and I will update accordingly.)
Posted by Ukraine@war at 1:33 PM