Some Rebel positions in Semenovka

This video shows a drive from East to West through Semenovka towards Slovyansk:

The route he drives is on this map: 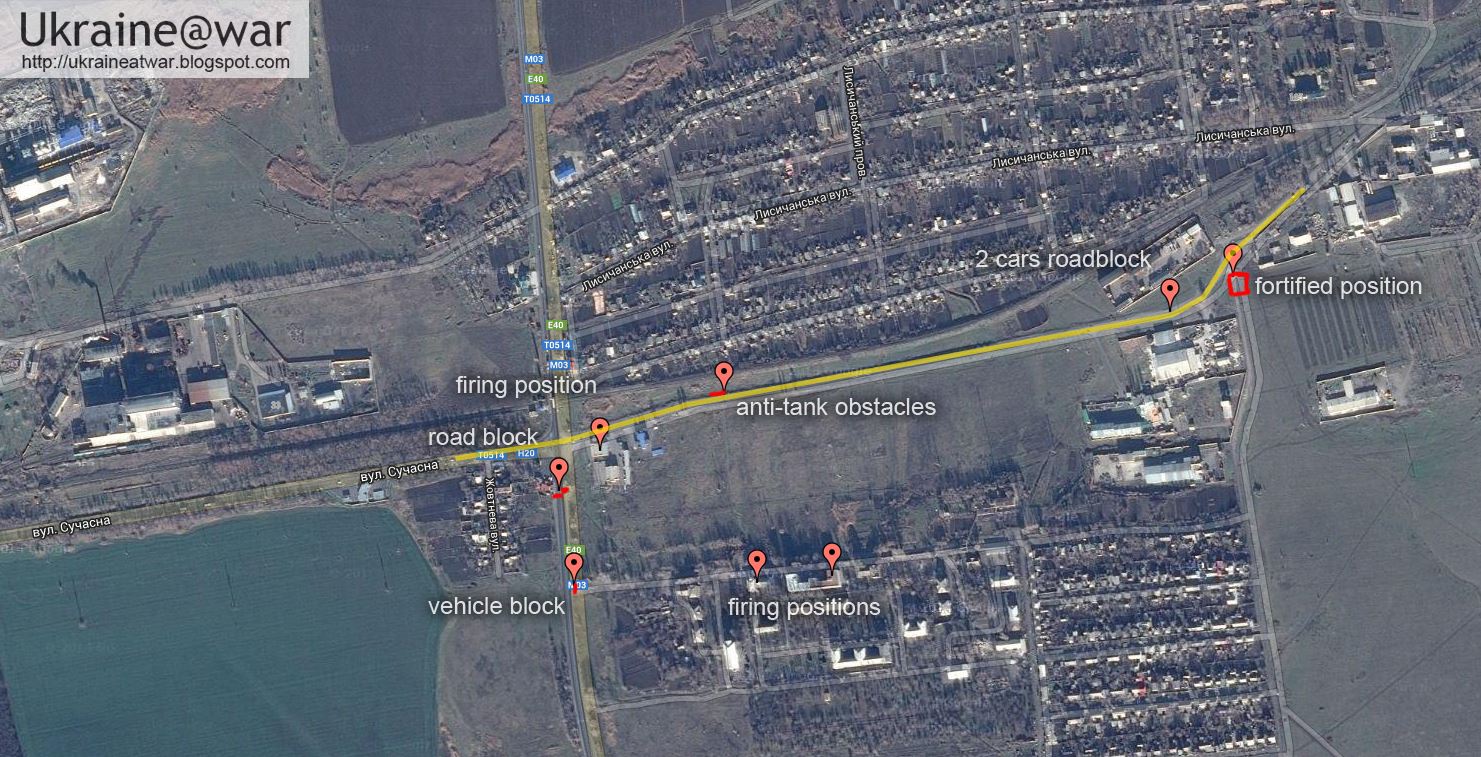 It shows several rebel positions along the route.
First there is this fortified position blocking the road southwards 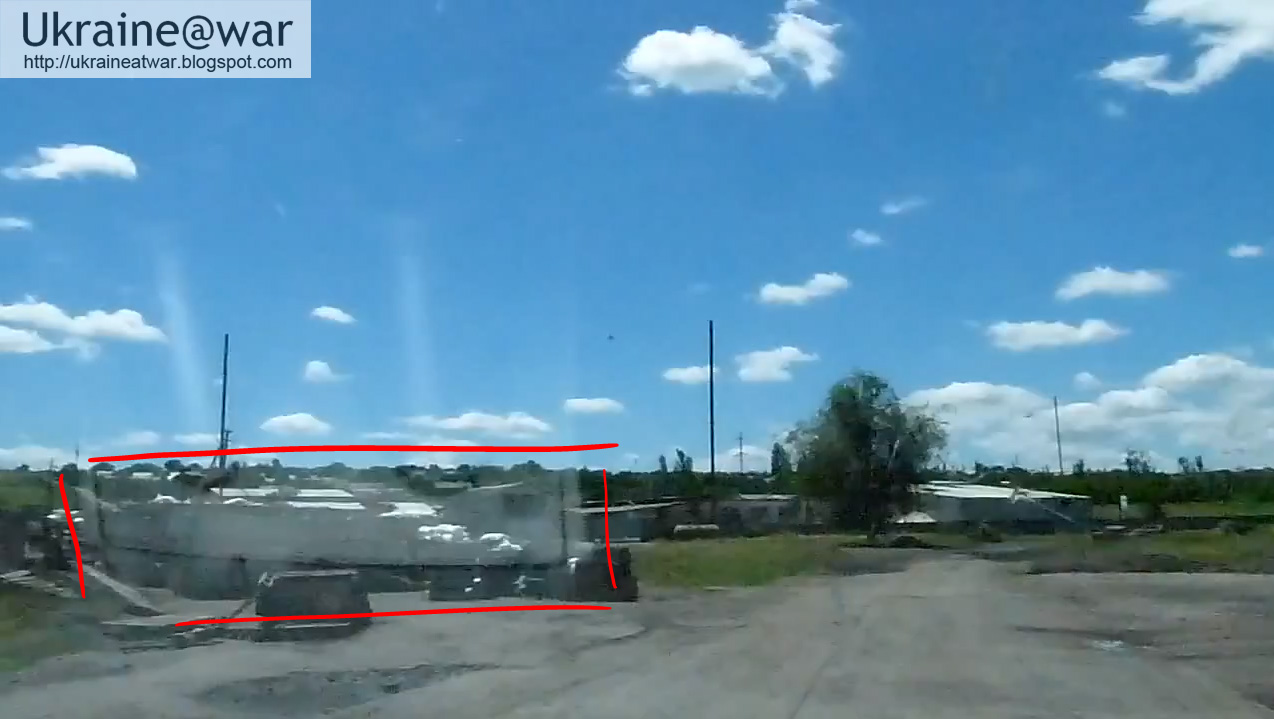 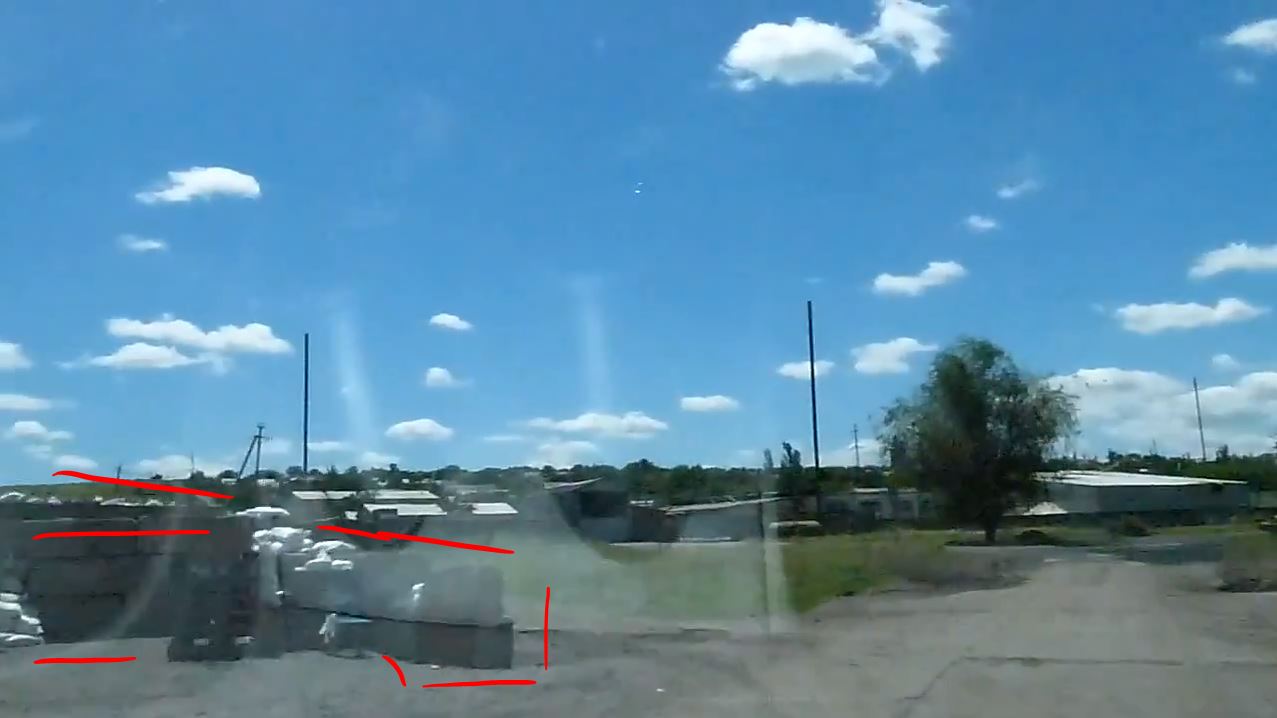 It's made of concrete blocks and sandbags.

Next, there are two cars blocking the road: 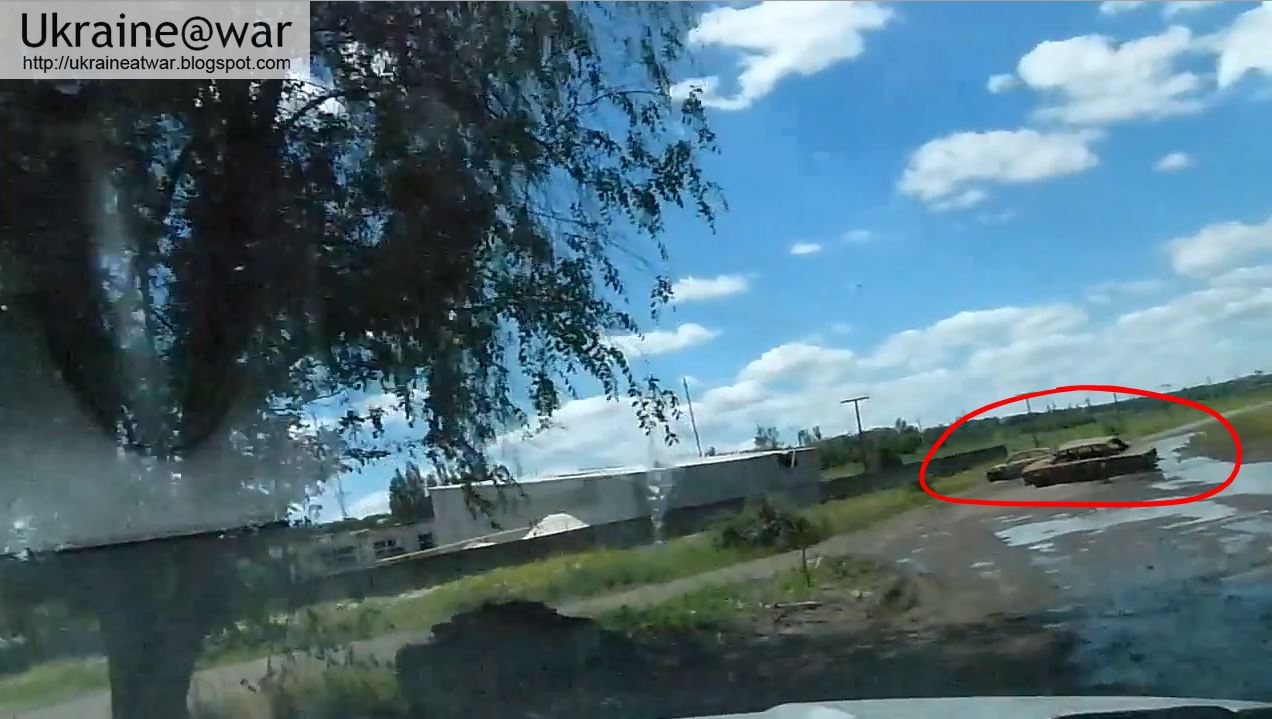 On the left there is the hospital, ideal for a sniper or RPG or even ATGM to fire on anything that comes along the road: 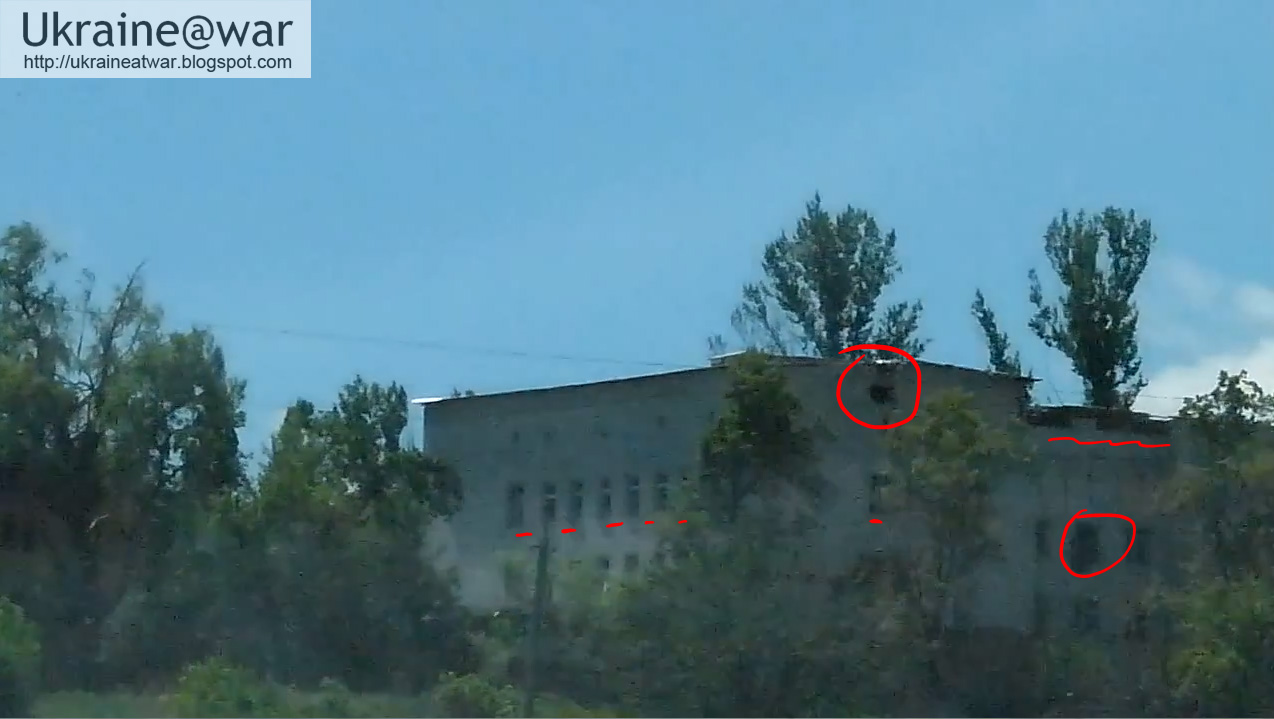 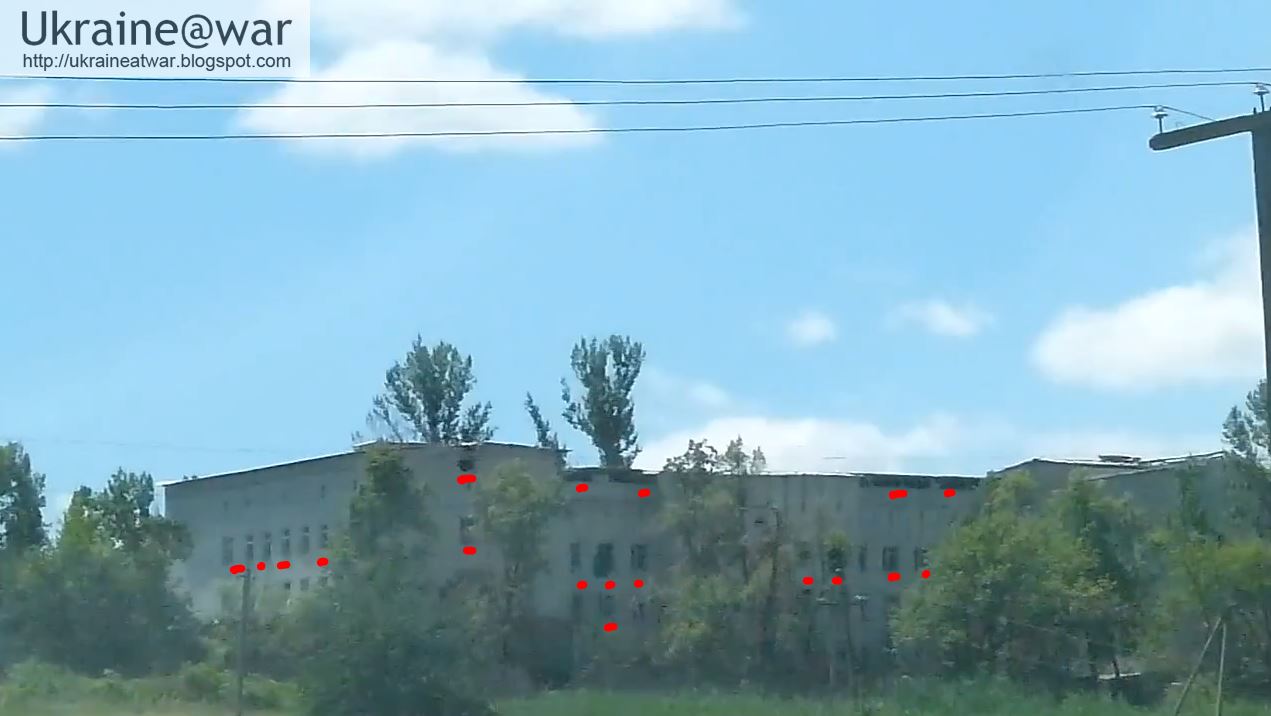 One of the rebels forgot to were a mask and did not mind to get on camera: 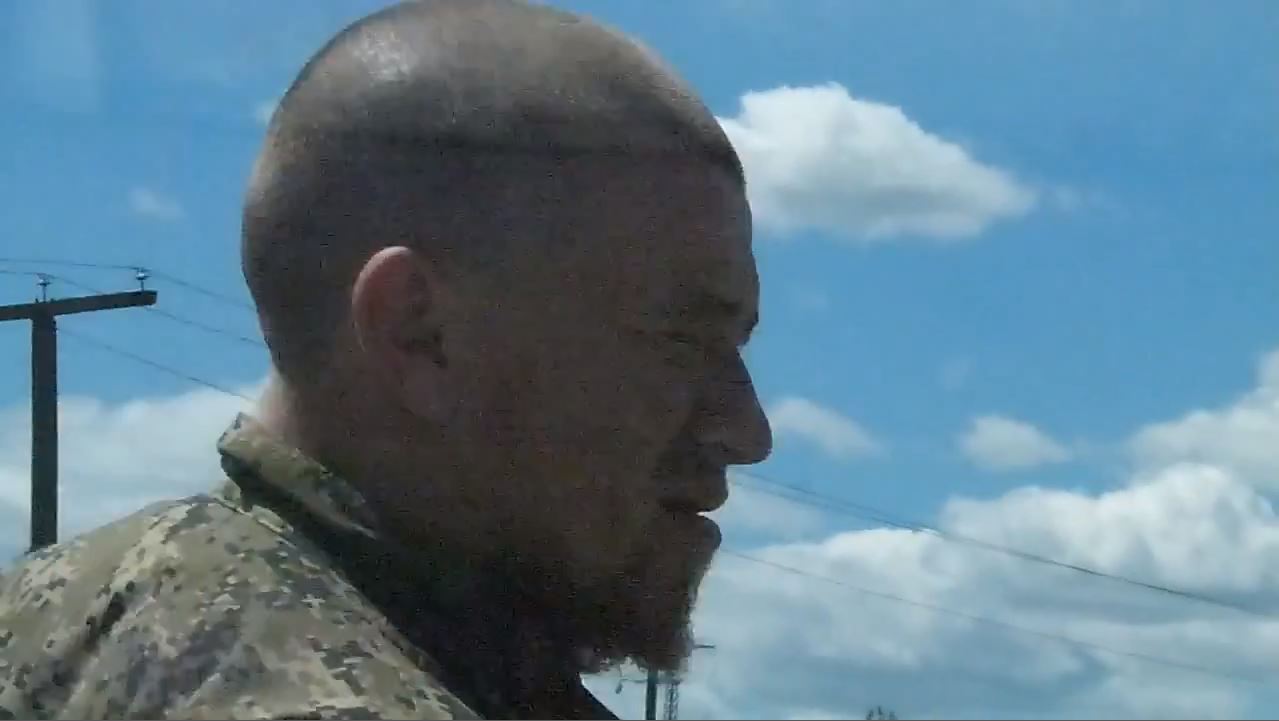 The insignia of the rebel seem to be from a Crimean battalion: 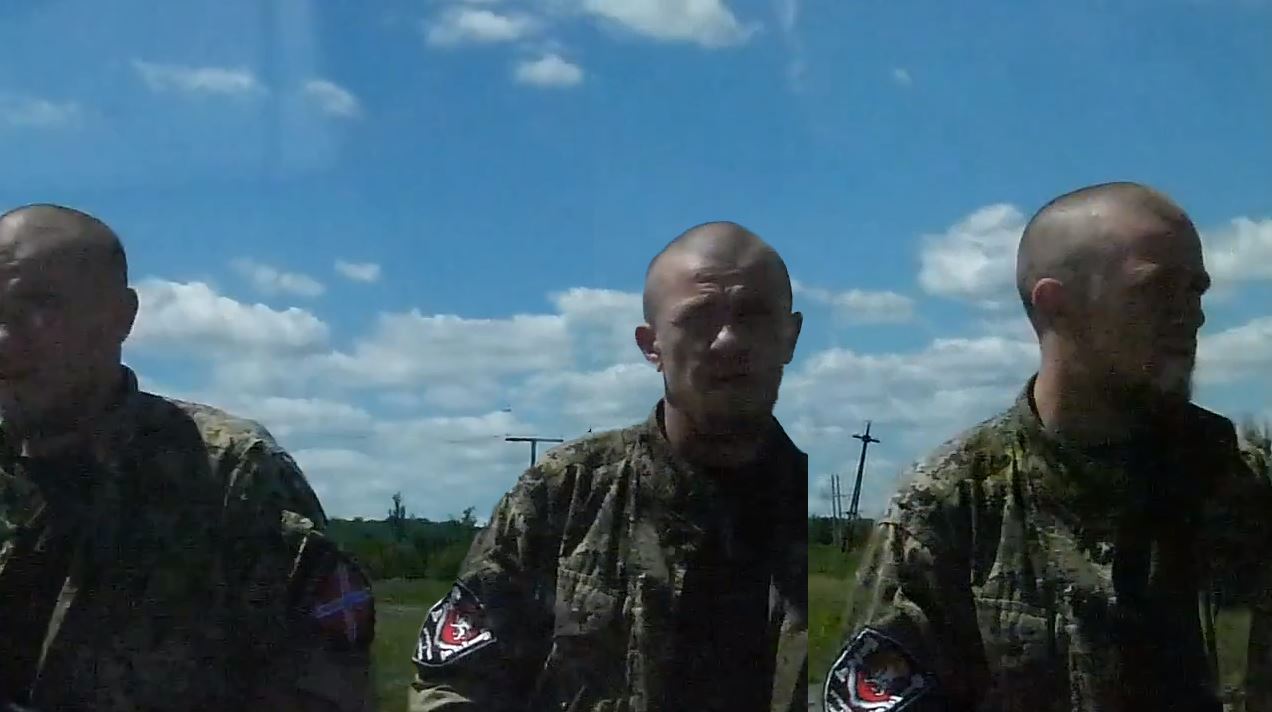 The building next to the hospital also has some good firing positions for a surprise attack: 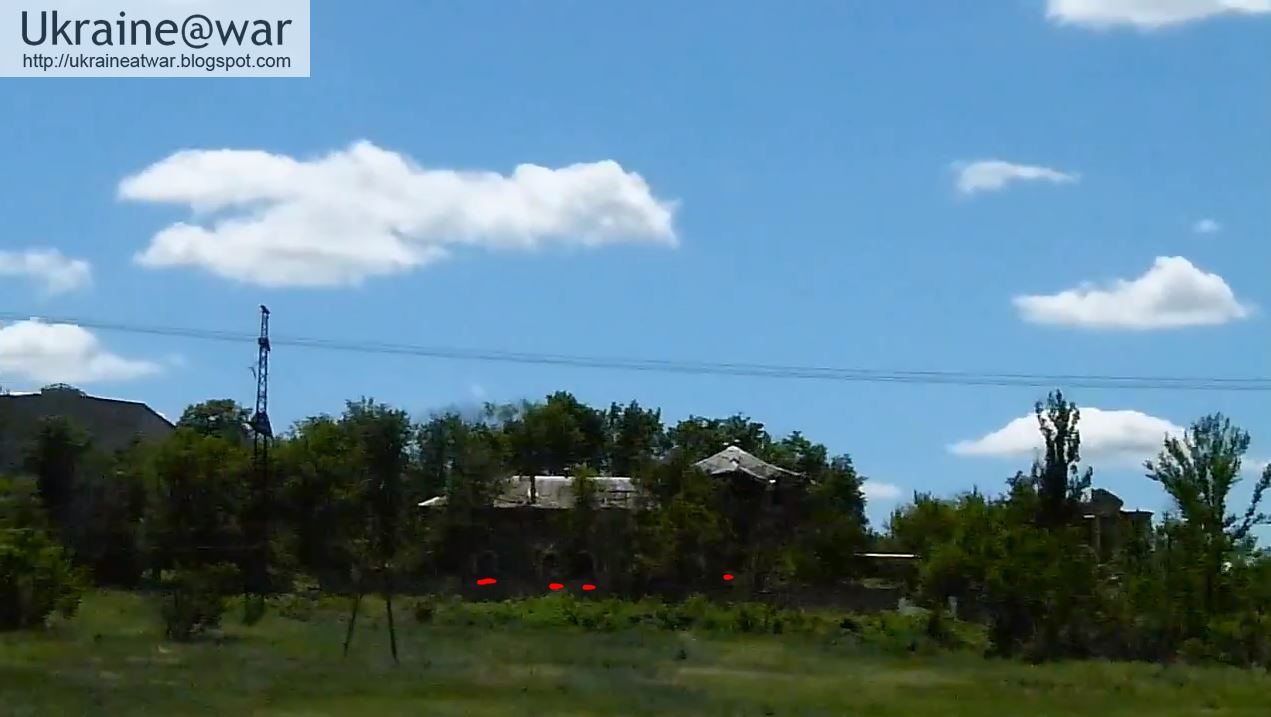 On the side of the road there are some anti tank obstacles: 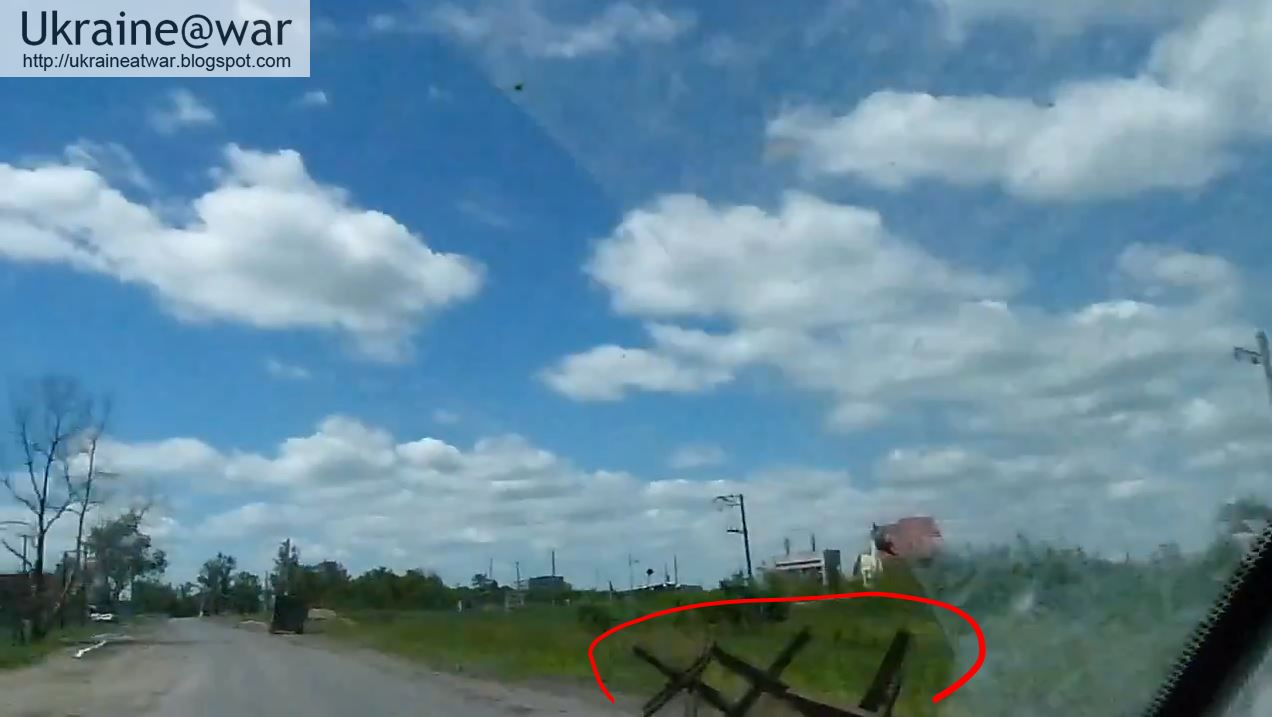 They may put them on the road to slow down a vehicle and then ambush it from the hospital or other building.

The building after the petrol station has some sandbags: 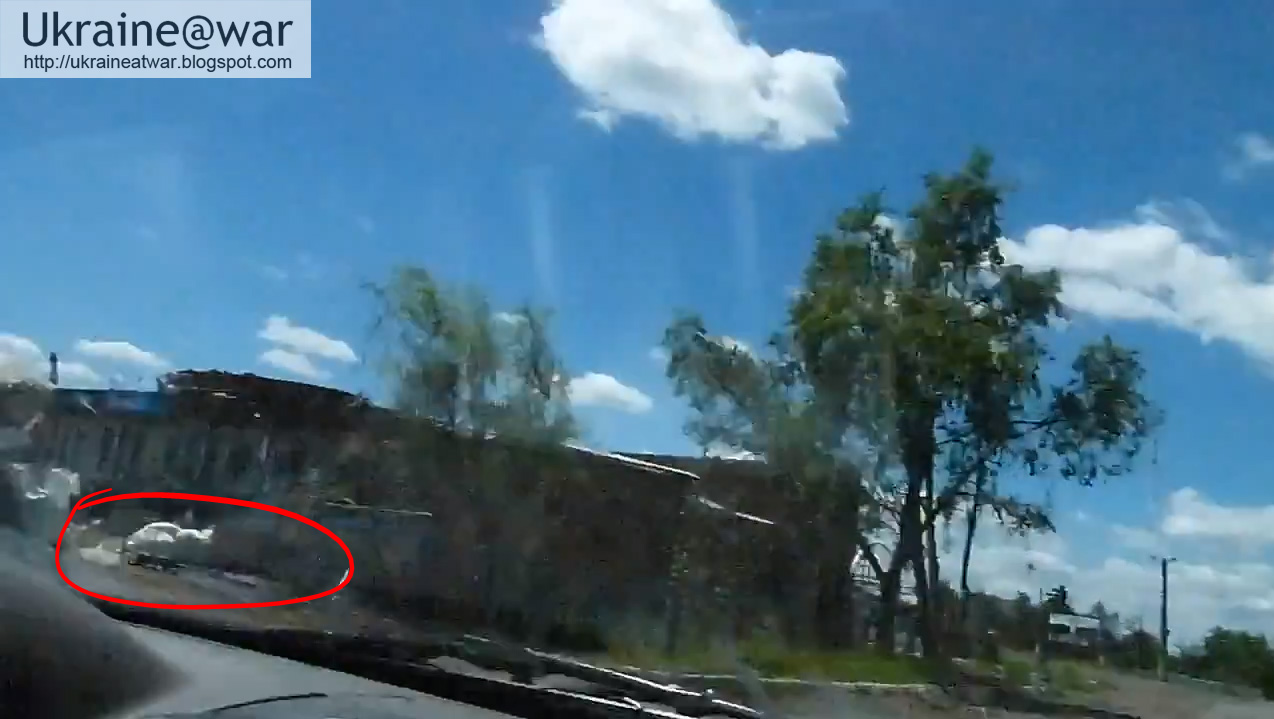 And also some firing positions: 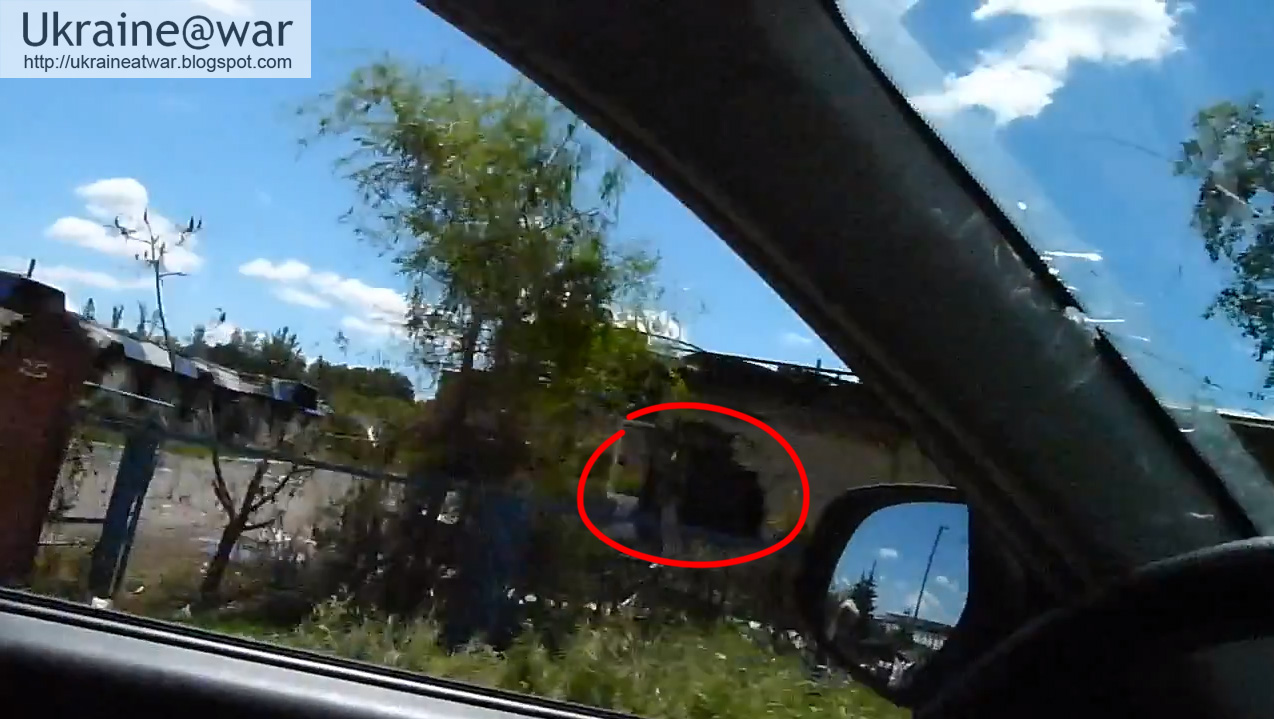 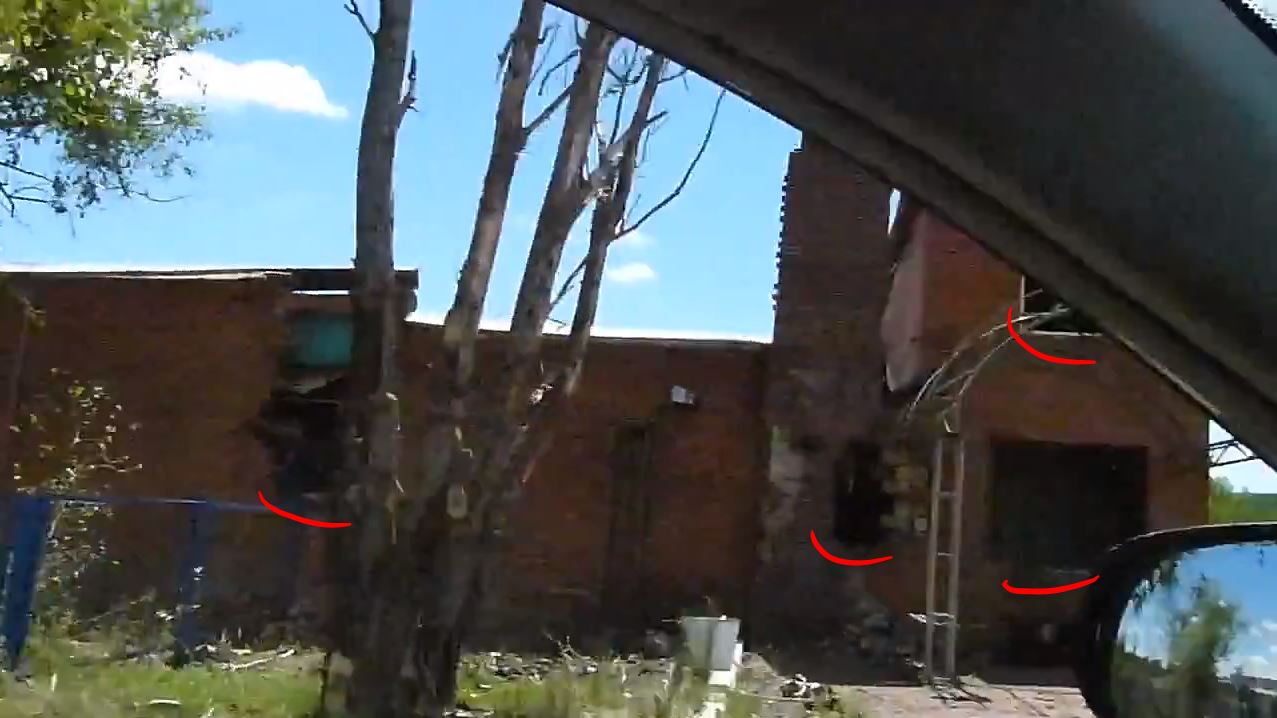 On the crossroad some roadblocks can be seen, although they are already damaged a  lot by shelling: 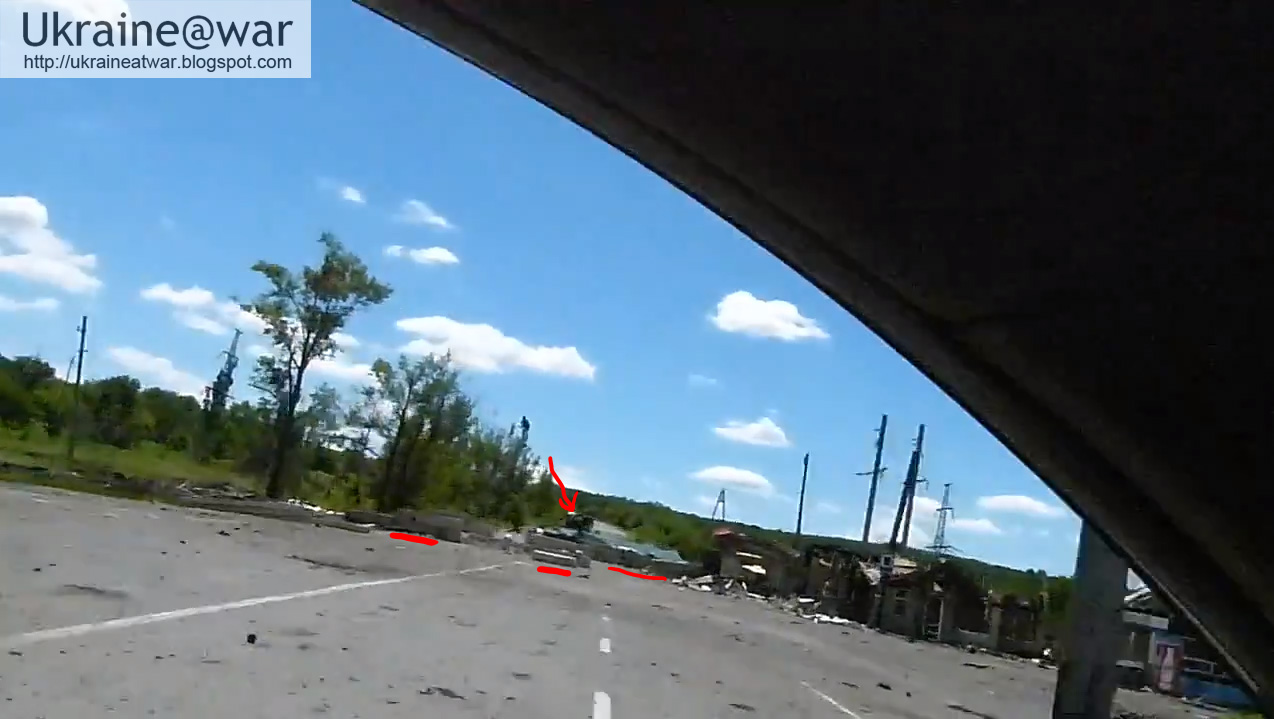 In the distance something like a car can be seen blocking the sideroad.

(If you see any errors or have additions, please let me know.)
Posted by Ukraine@war at 1:17 PM