Multiple impact craters in Lugansk park show that it was caused by multiple explosions?

This is a video from the aftermath of the attack on the park and administration building in Lugansk:

This video shows all the different impact craters:

Some damage in the trees can be seen: 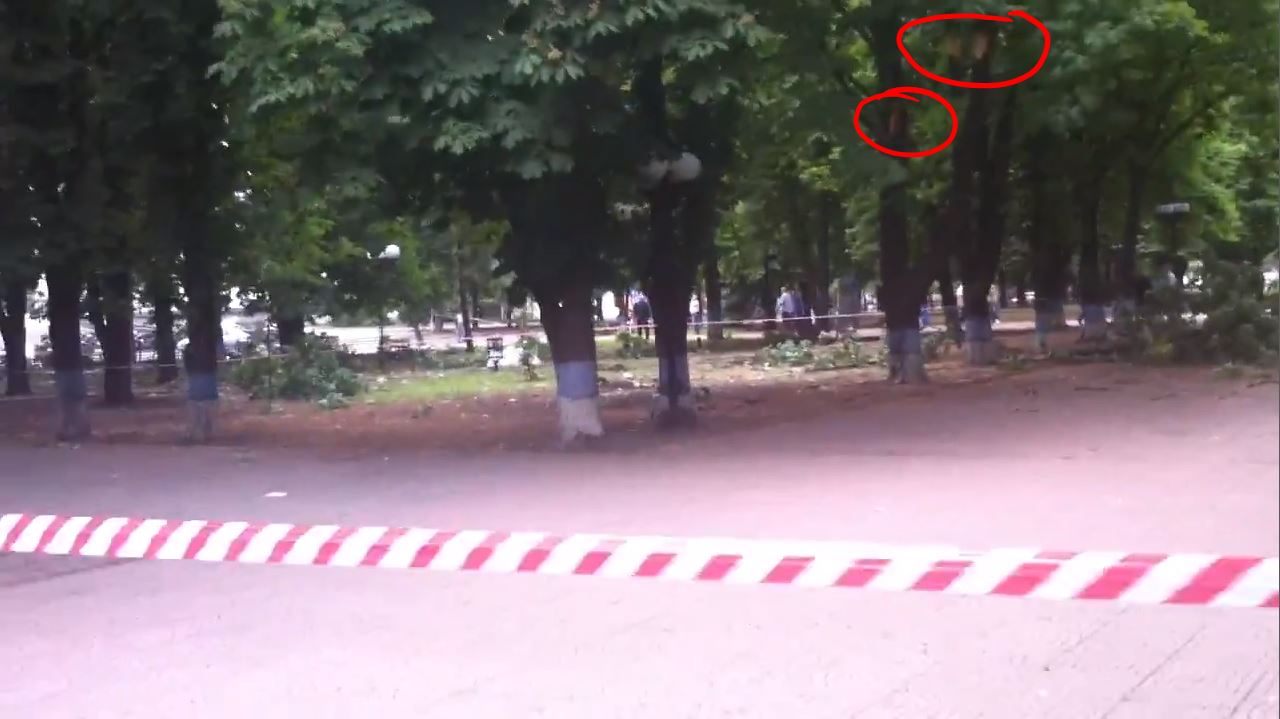 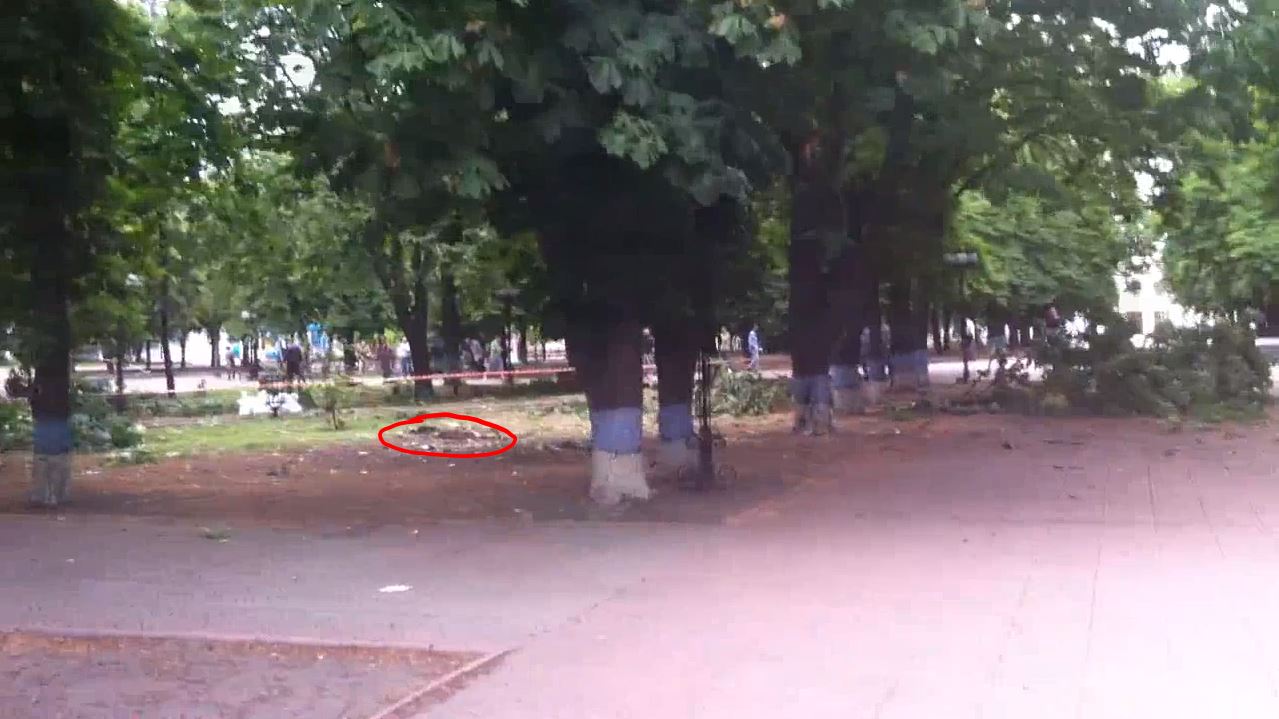 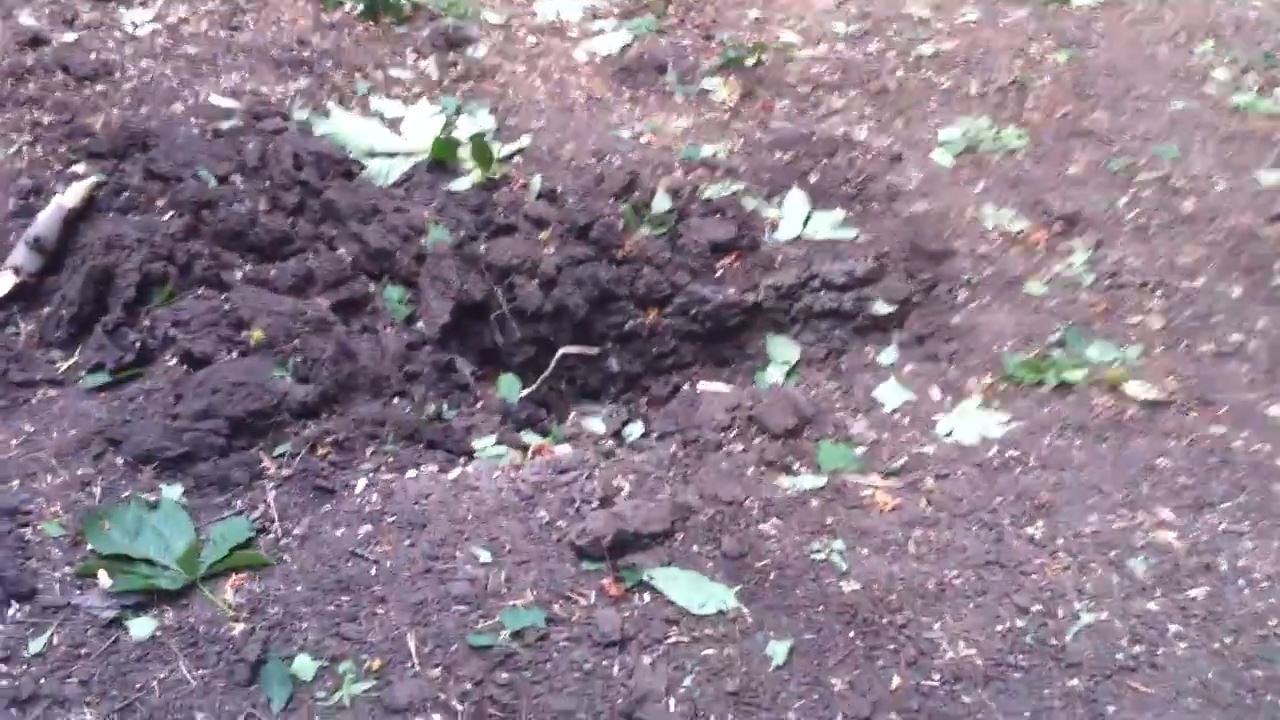 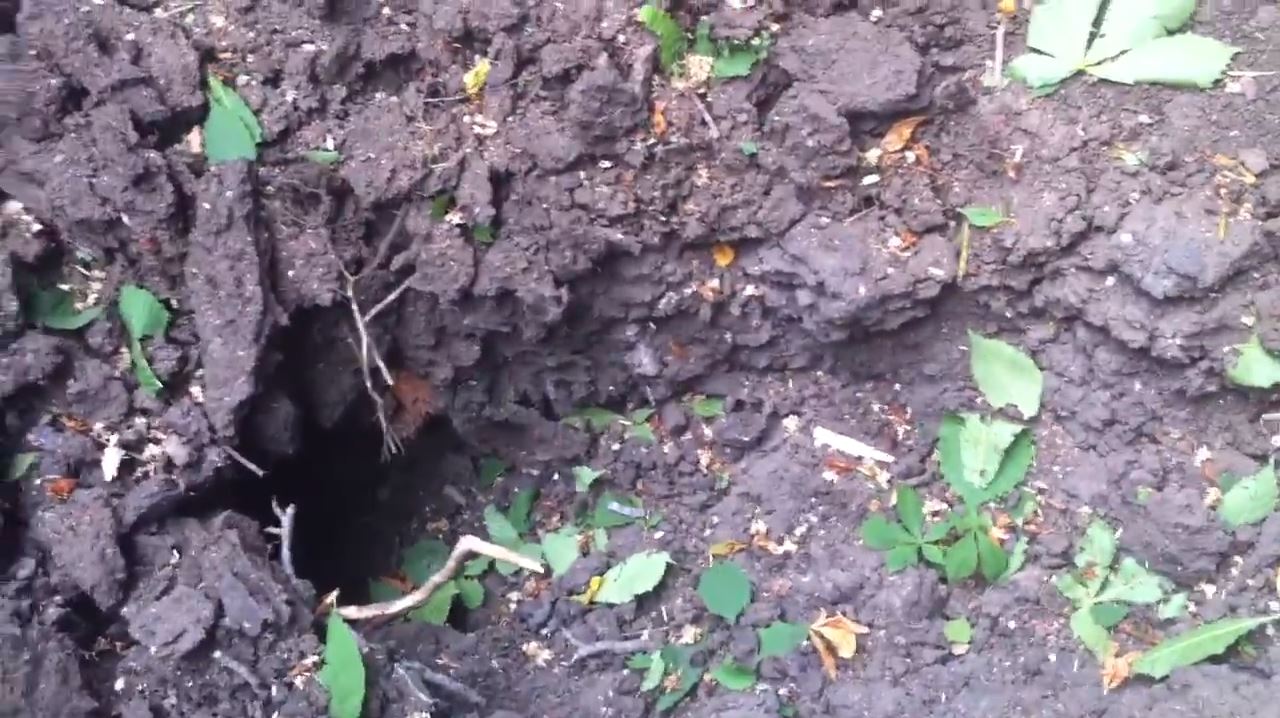 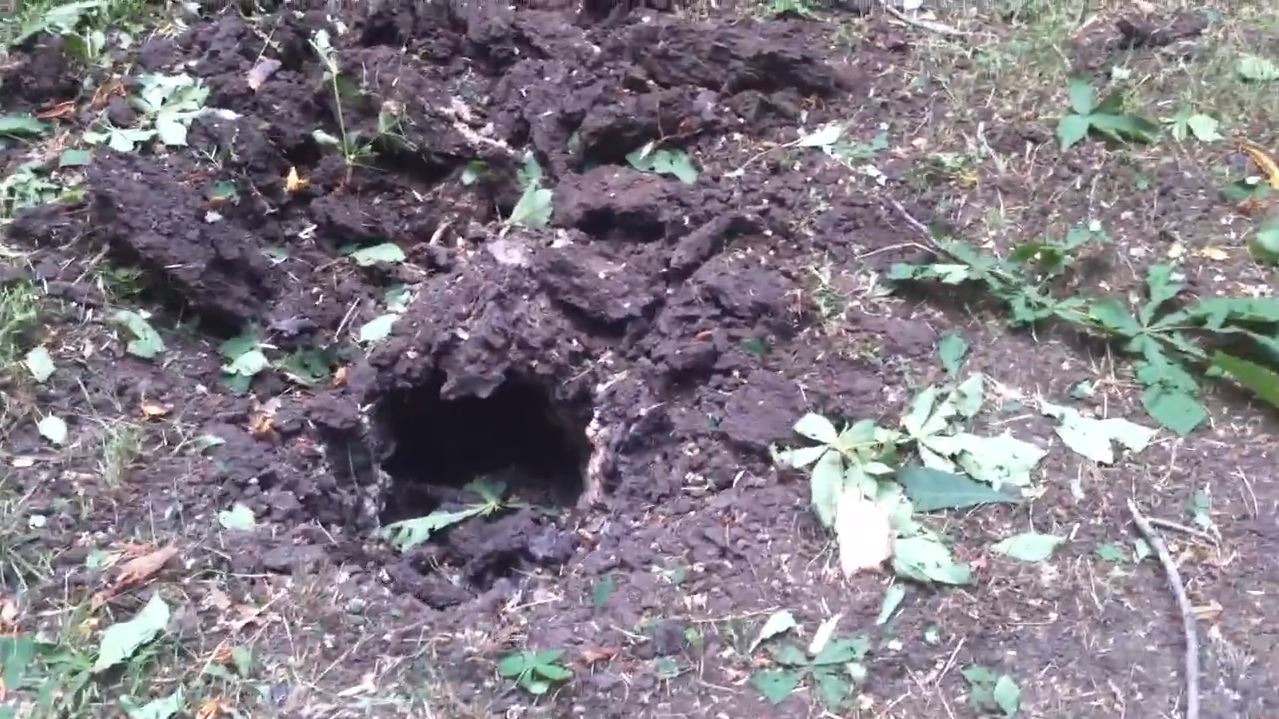 Impact # 3
Damage to the trees again. It looks like a direct hit on the tree and not caused by debris, but that cannot be ruled out: 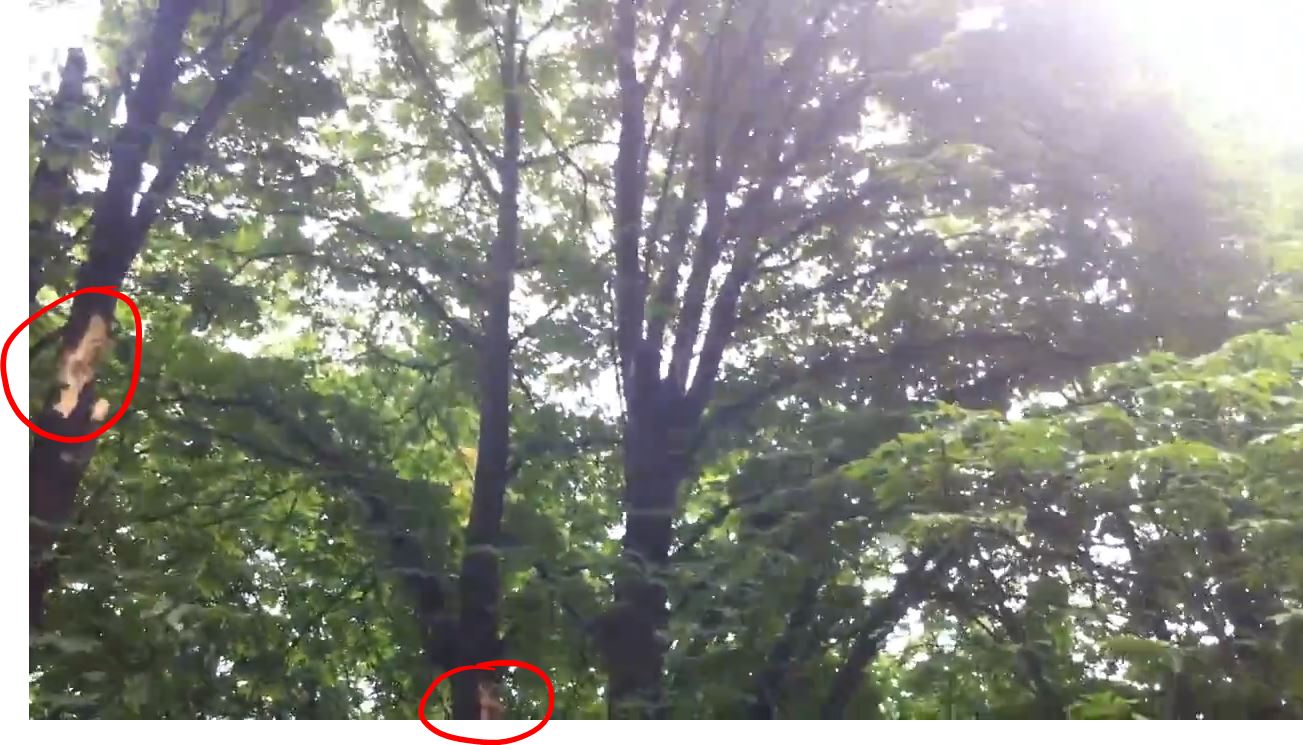 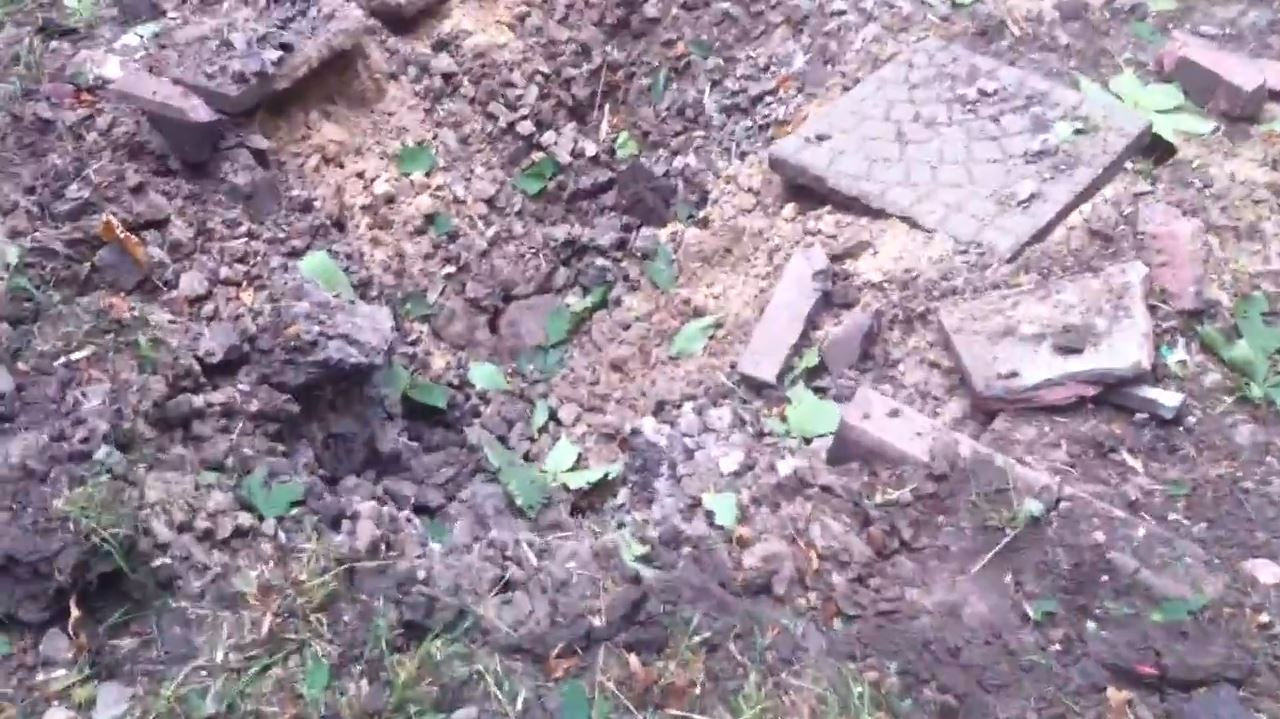 Impact # 5 (the tree has already been cut and removed): 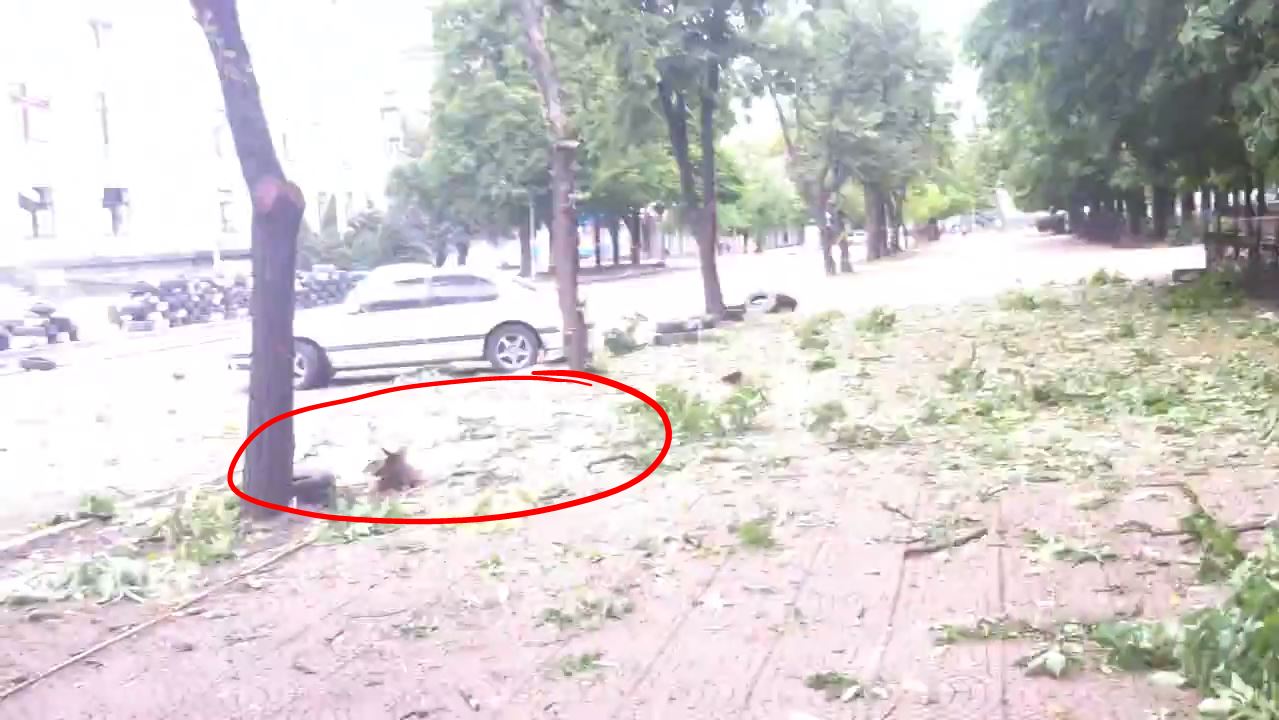 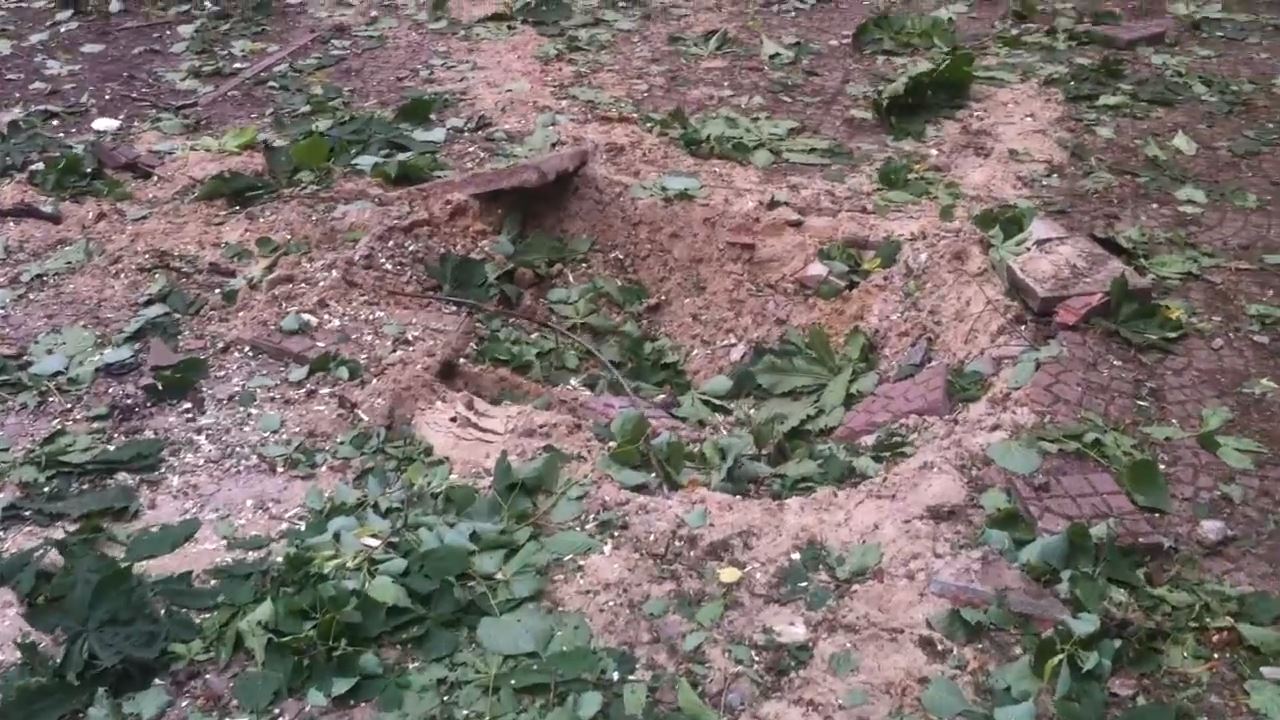 Impact # 6:
Maybe these are even two explosions, left and right under the window, because the damage is much bigger than from impact # 9. 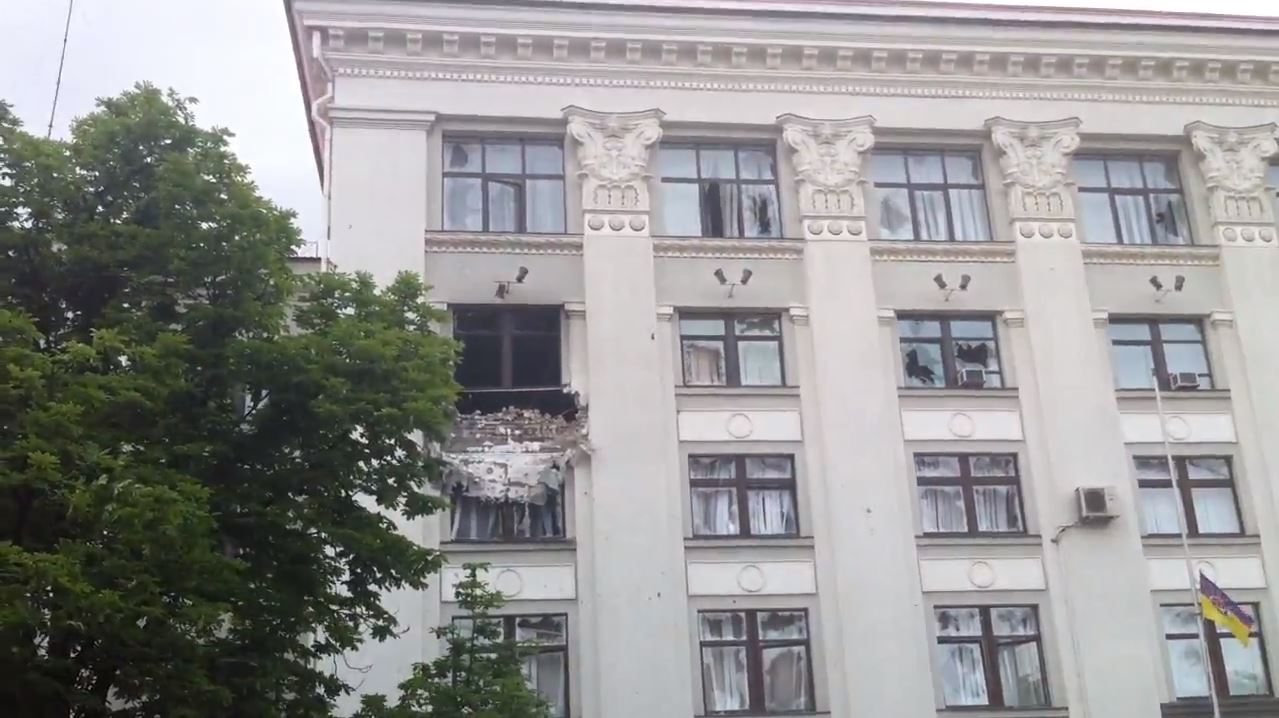 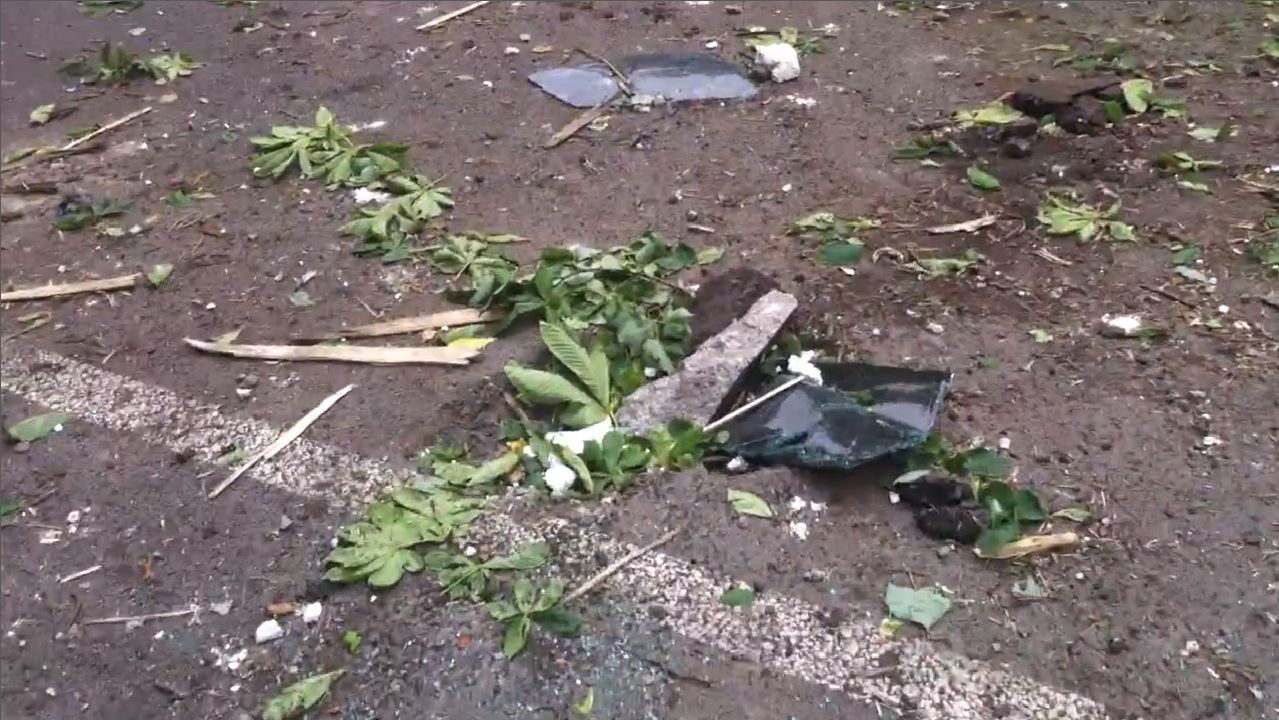 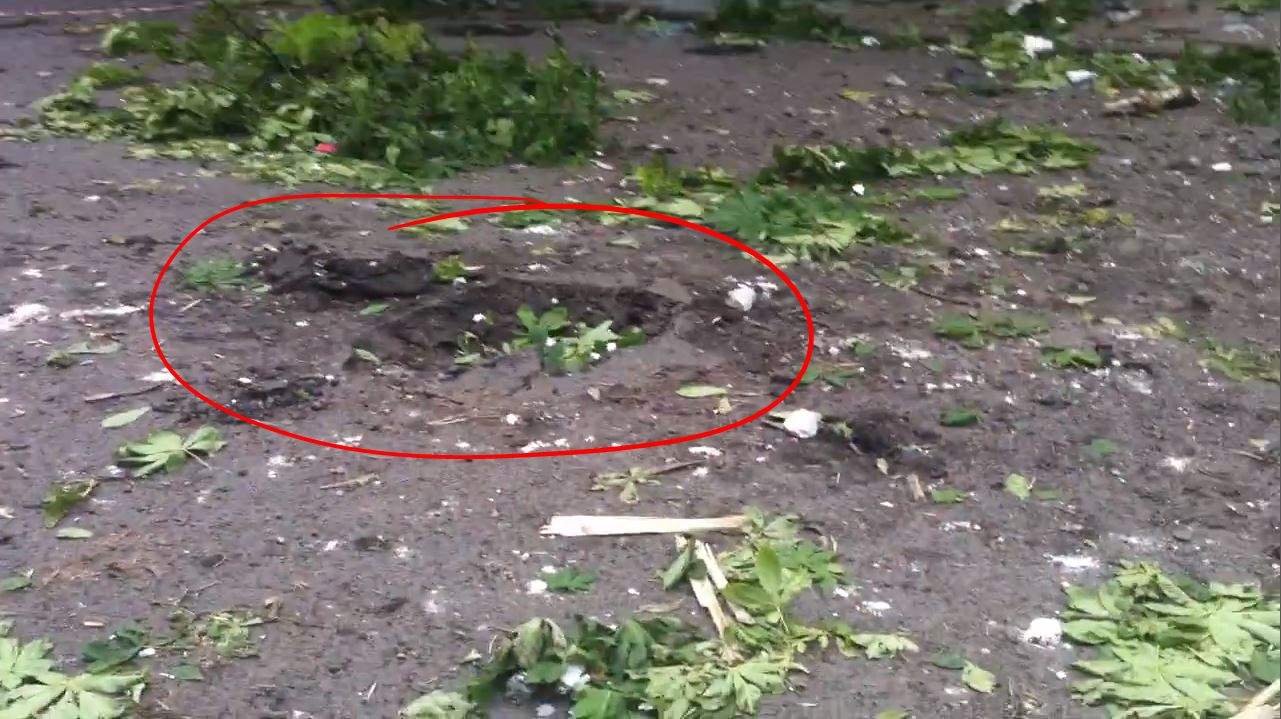 Impact # 9 into the building: So there are 8 to 11 impacts here. And the impact craters are too small for RPGs. An RPG gives one big blast. These were multiple smaller blasts, that on first impression looked like a big one.

The fact that there are TWO impacts on the street, also shows that this was not caused by one RPG. 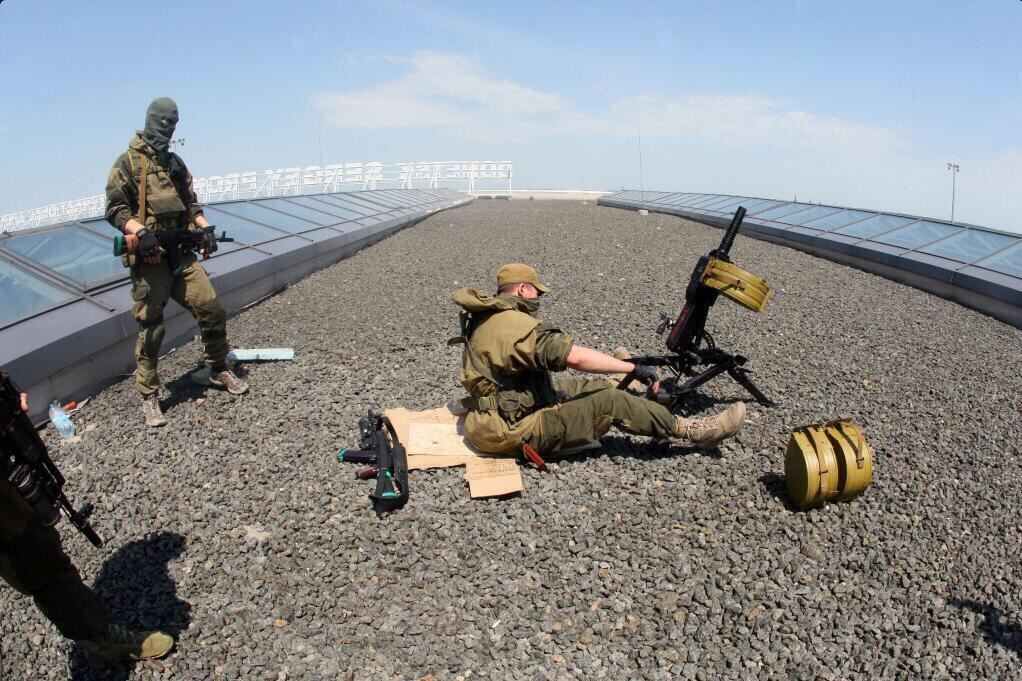 On this we can See Page Rebels in Slovyansk practicing with Similar A Weapon , Capable of firing at 1.7 km Distance.

This video is A Demonstration of an automatic Grenade Launcher .

We have to consider whether the impacts could have been caused by an automatic grenade launcher.

UPDATE 3-6
Now that it turns out the jet indeed might have fired into the park, it seems unlikely that the explosions had been caused by an Automatic Grenade Launcher.

See: A detailed look into flight path of rockets and jet .
See Also:  the Attack in the park was a setup with a RPG firing from a tree? .