Today another video appeared with a column, reported to be seen in Torez:

There are three possibilities

There is not a direct, obvious location in Torez that fits the scenery in the video.
Neither is there an immediate good fit on the road from Krasnodon through Lugansk to Horlivka.

Here is a video break down.

We are looking for a geolocation that looks like this:

Thanks to the excellent help of @tzfszr we can conclude that this is the location: 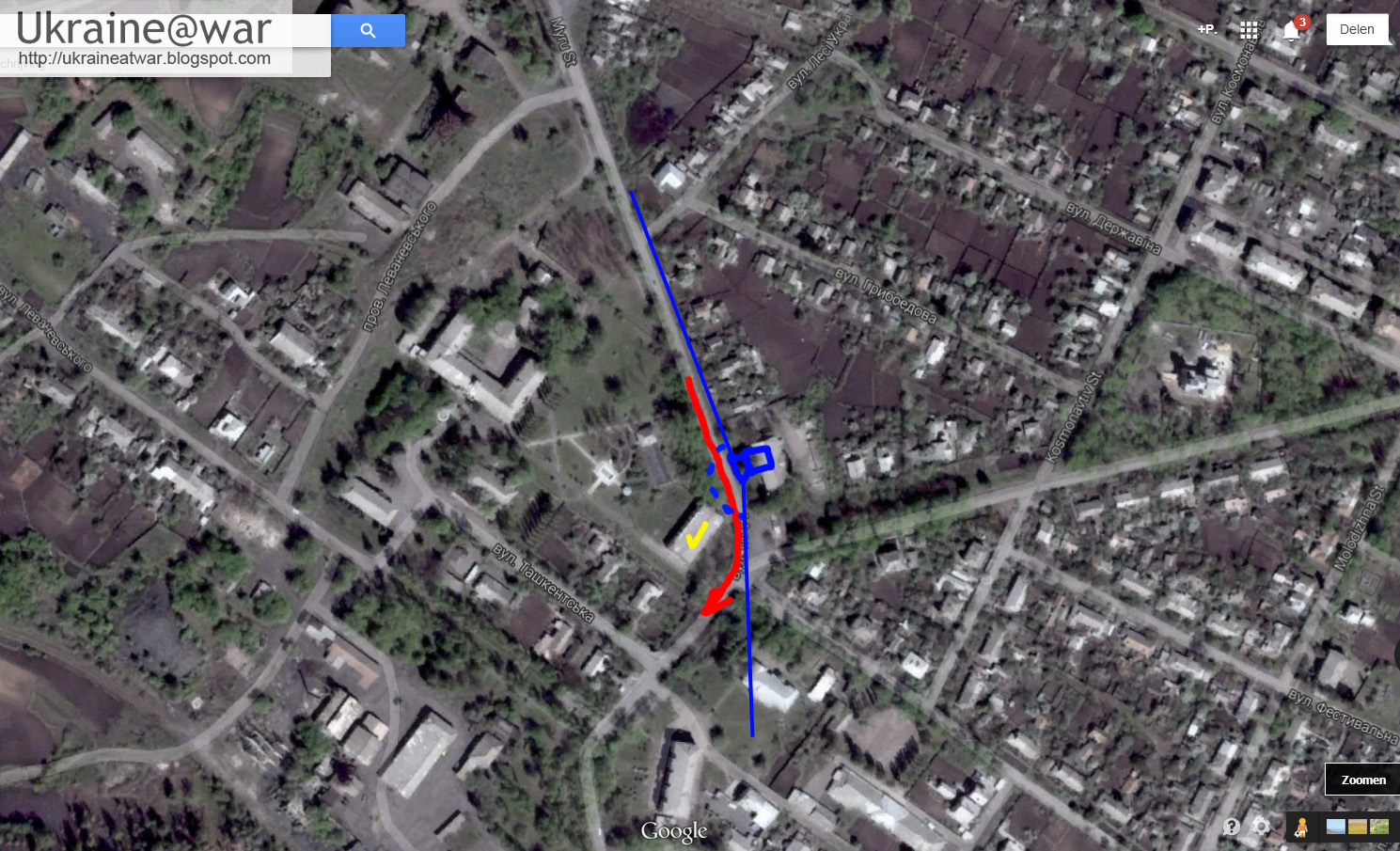 He even especially made some photos of the location:

@Bucketofsoda was also helpful to point to a photo from 2011 in Panoramio, where the blue kiosk can be seen. So we can be absolutely sure it is the right location.

The column consists (at least) of 8 vehicles: 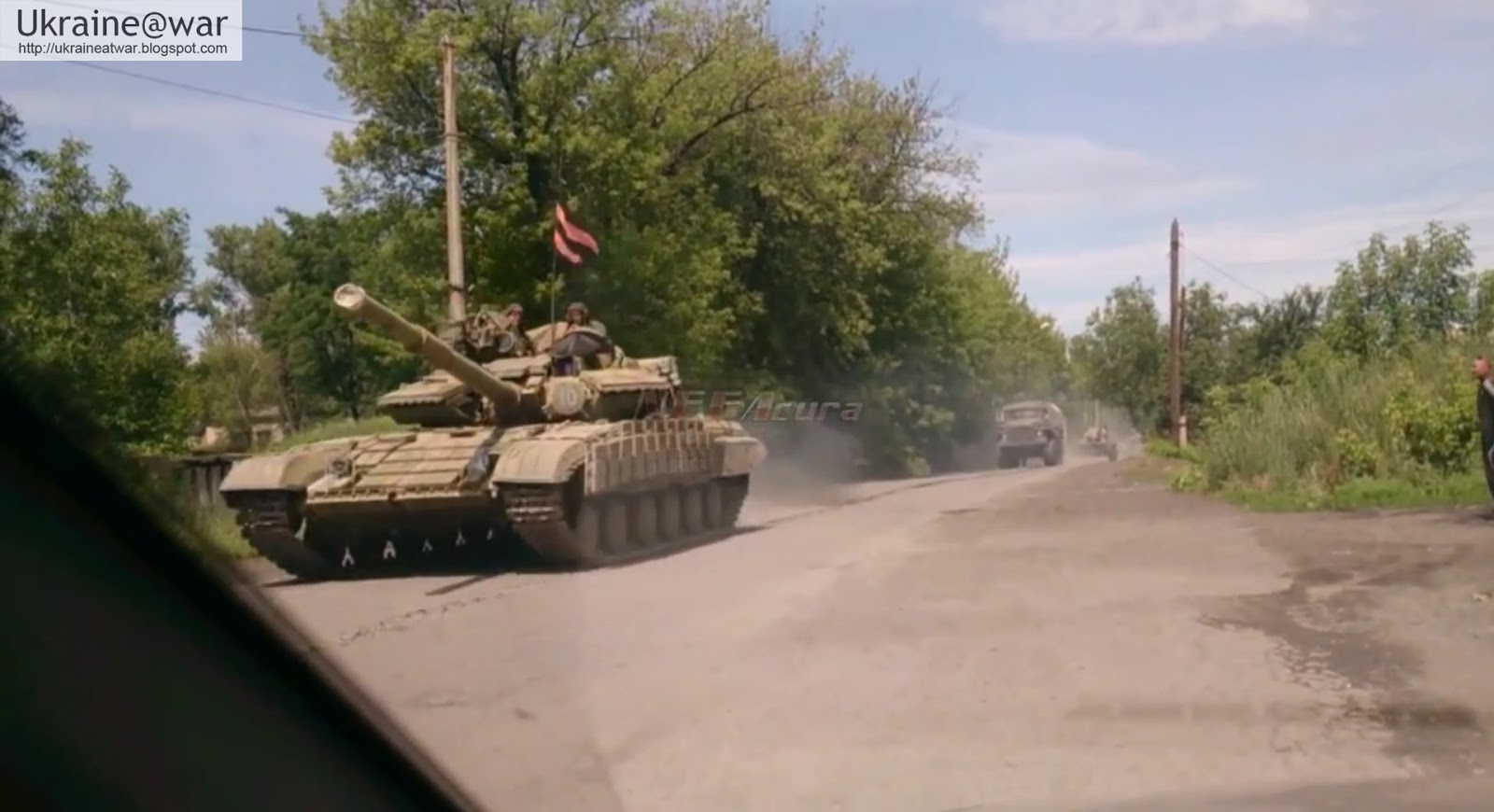 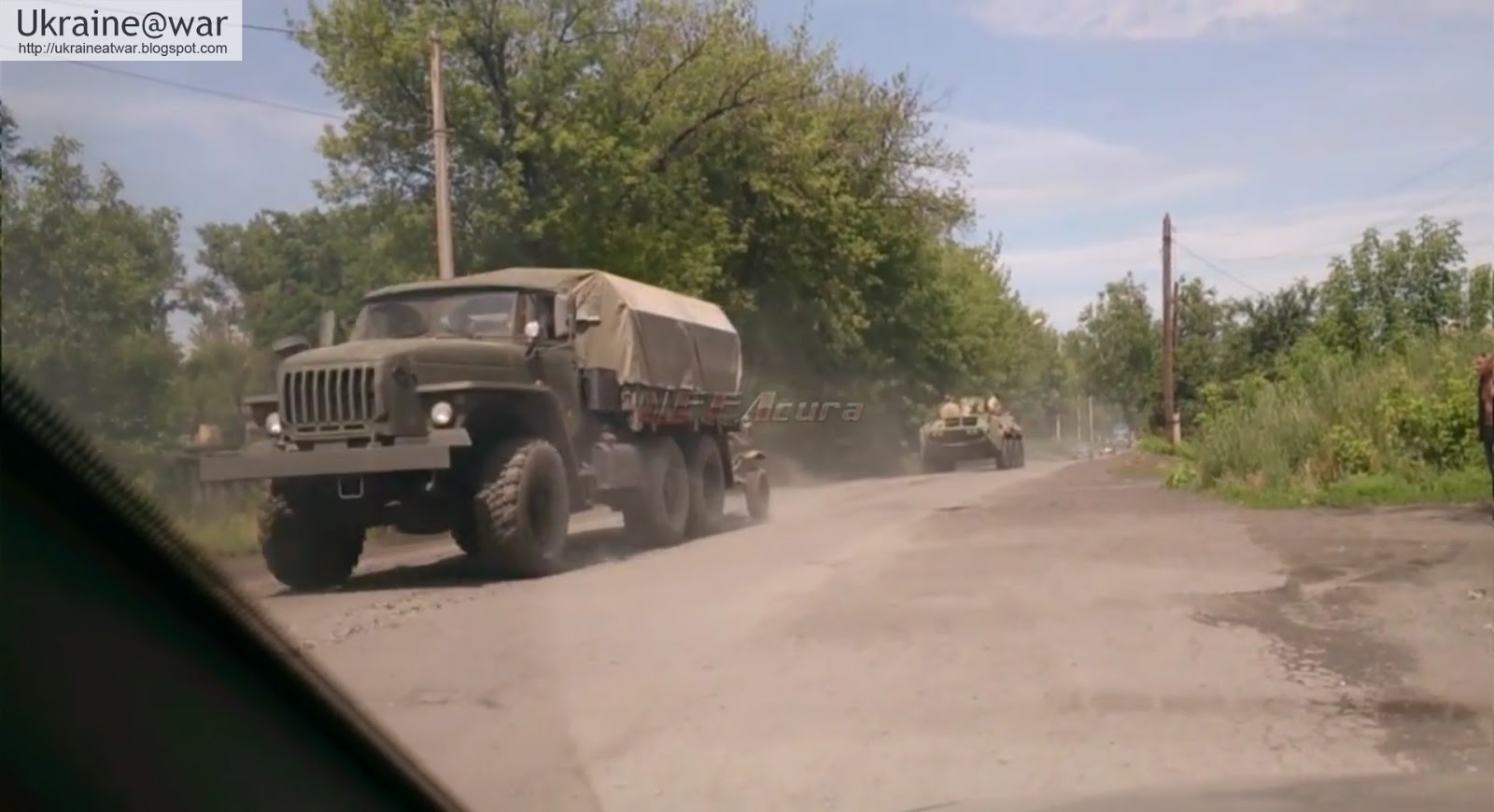 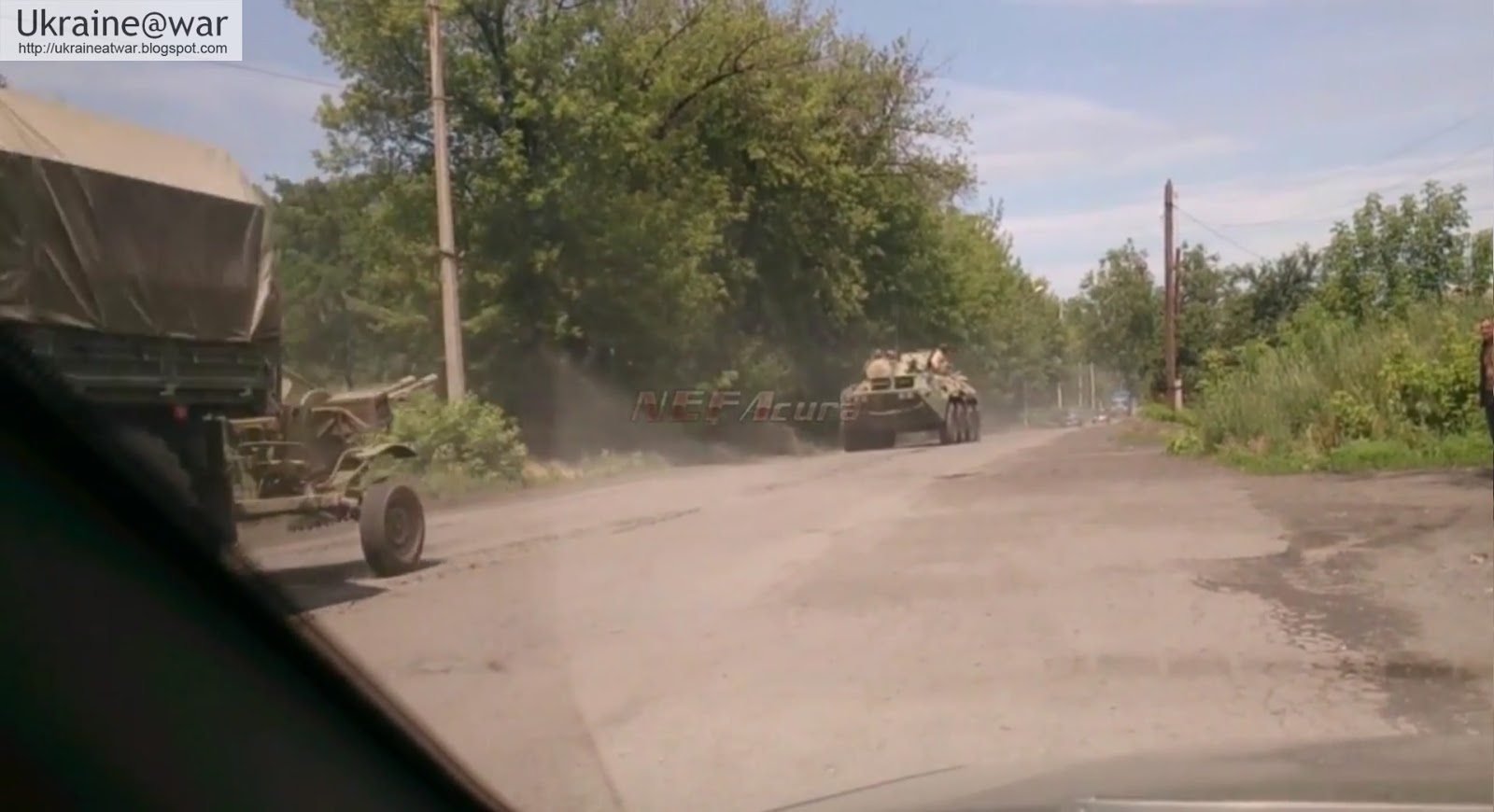 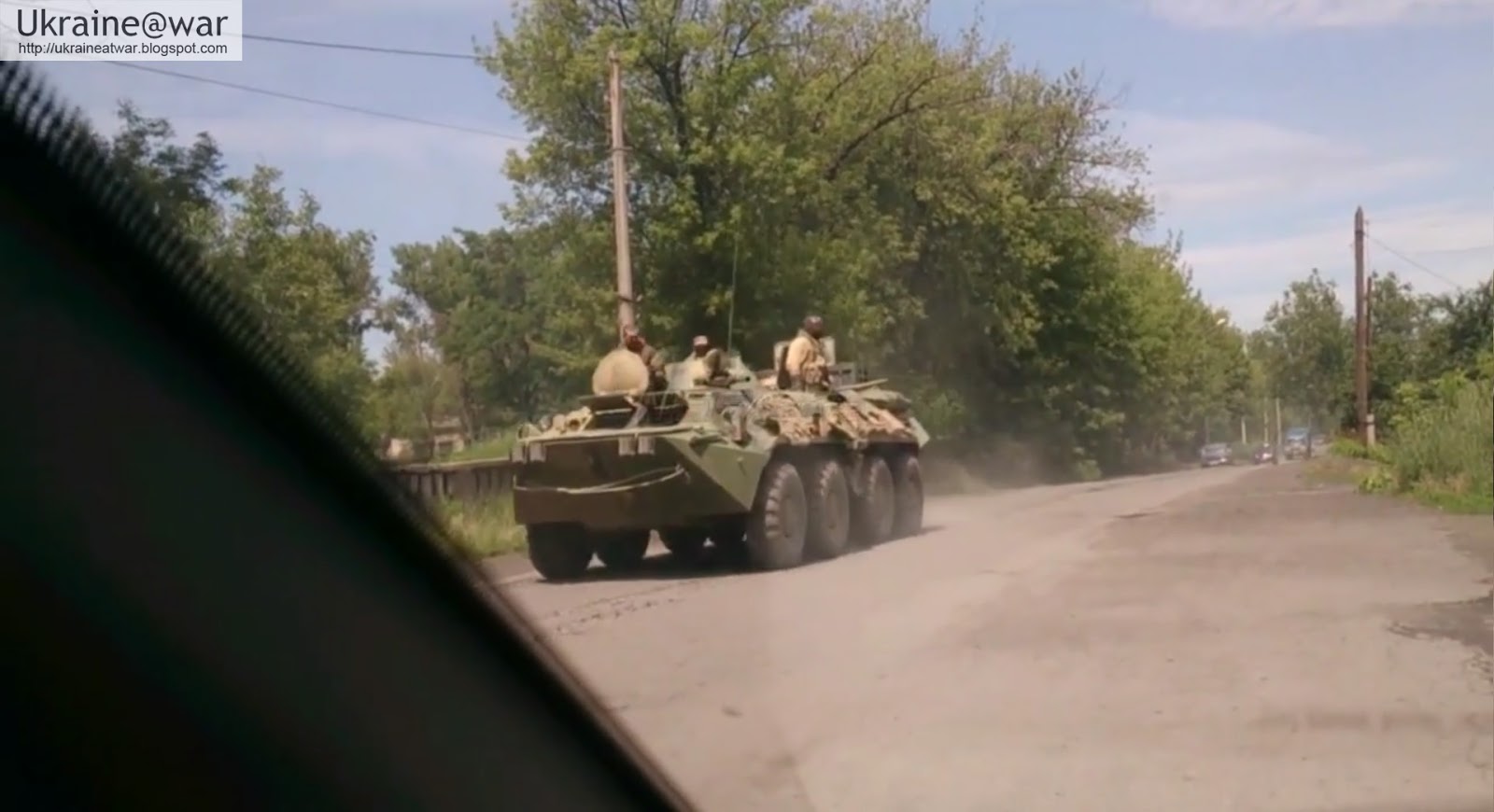 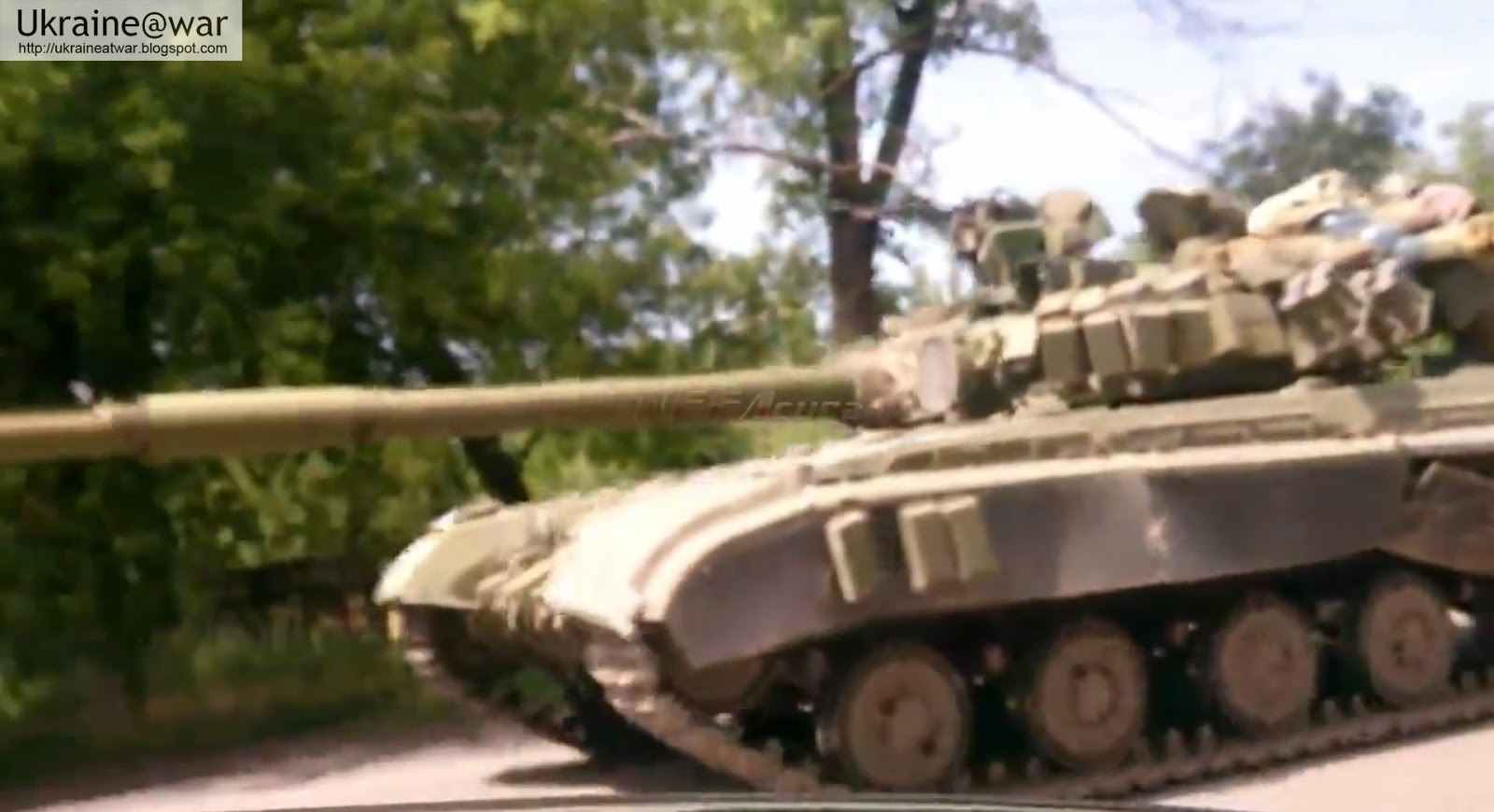 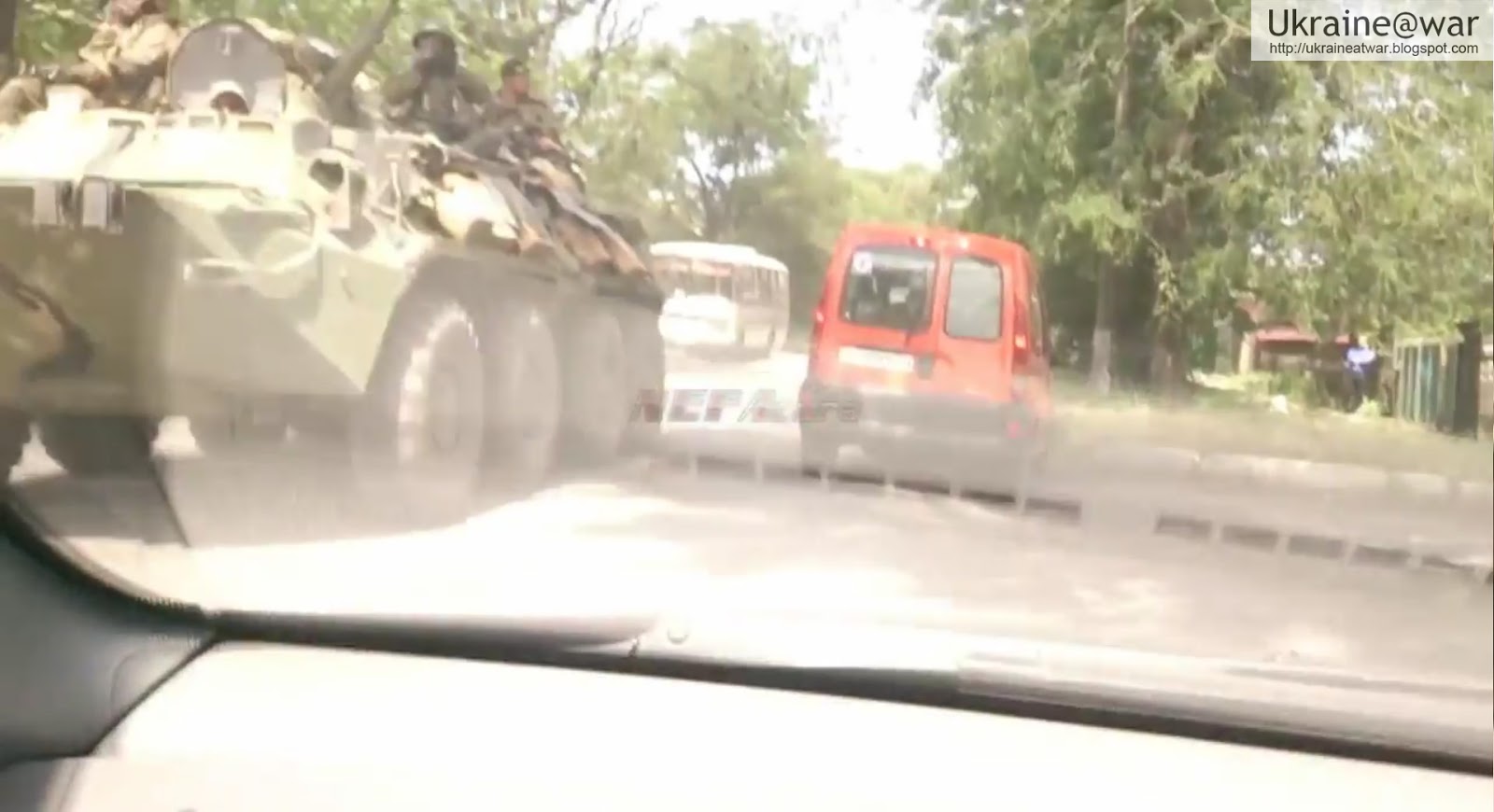 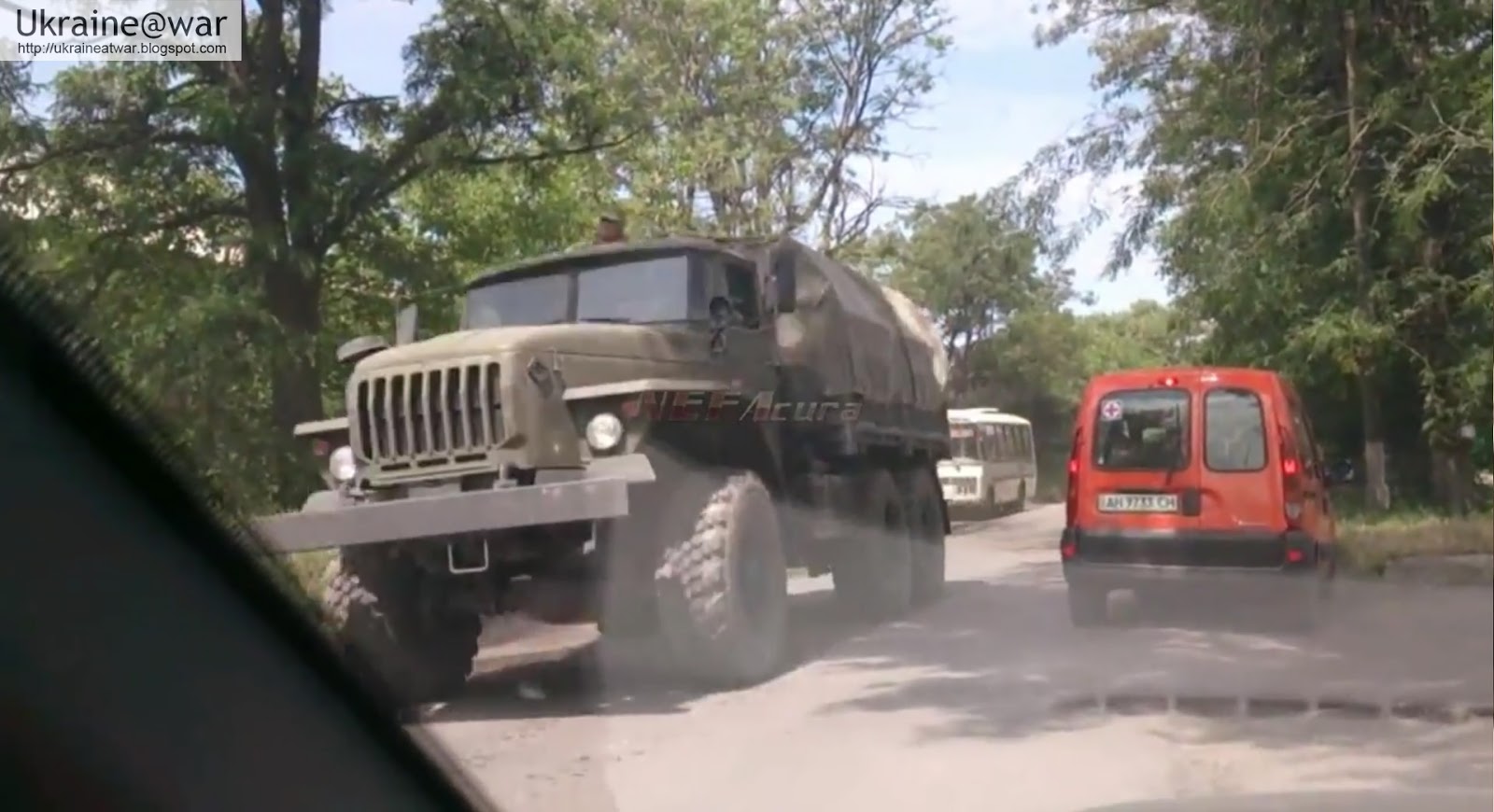 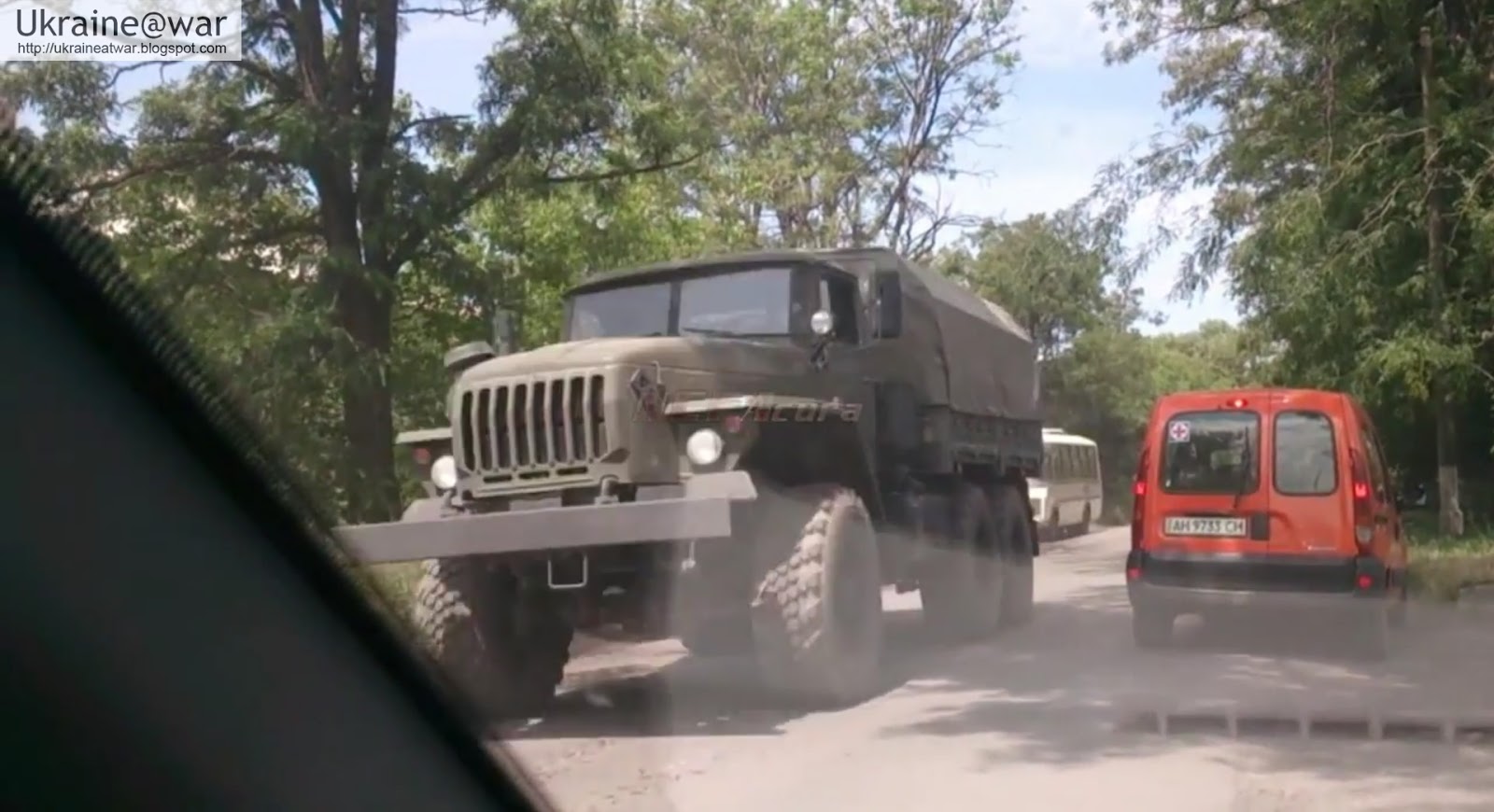 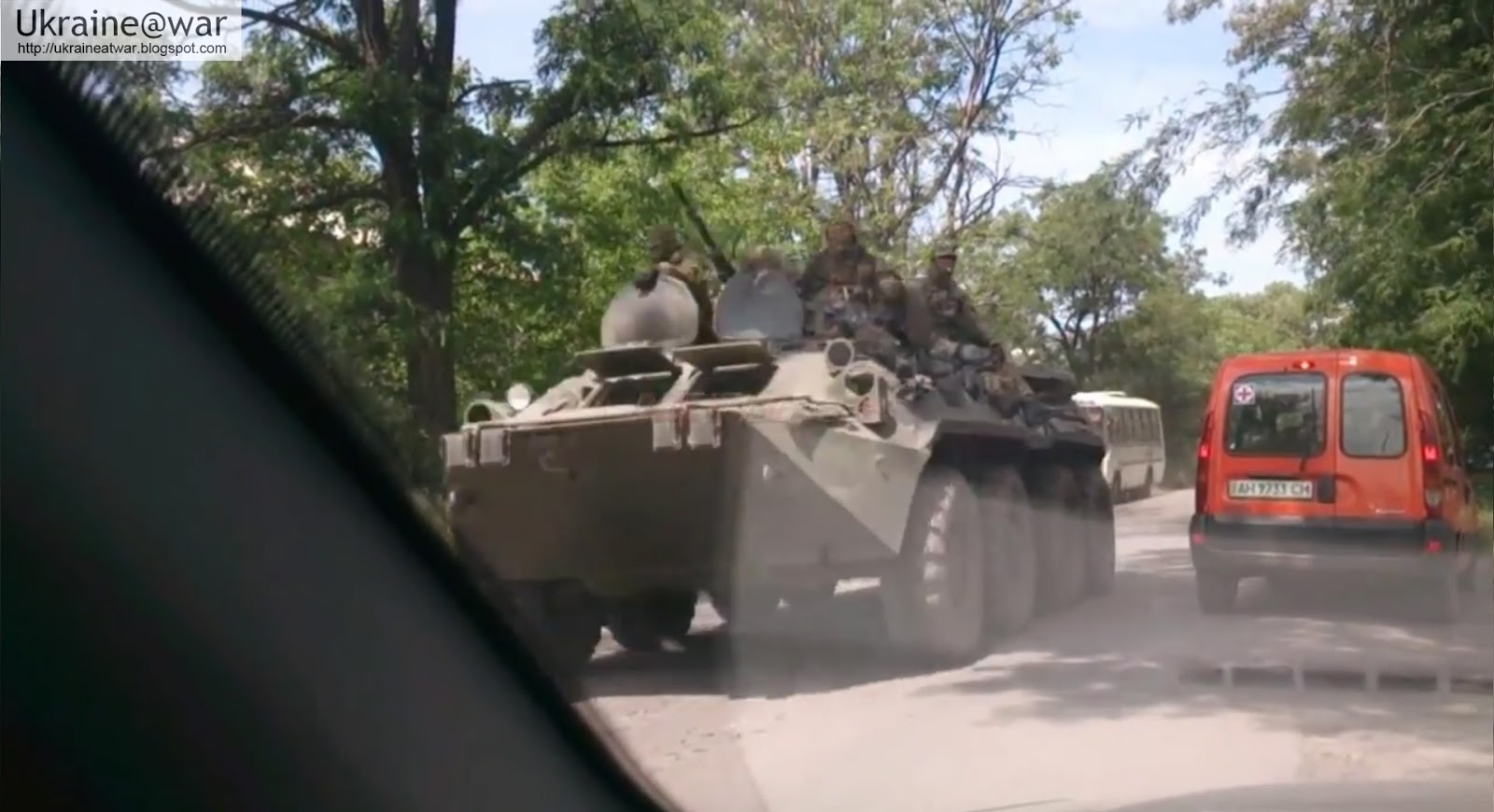 Now the big questions is: where did they came from? What route did they drive?

Assuming they came through the same border crossing as the other vehicles Google maps gives these optimal routes: 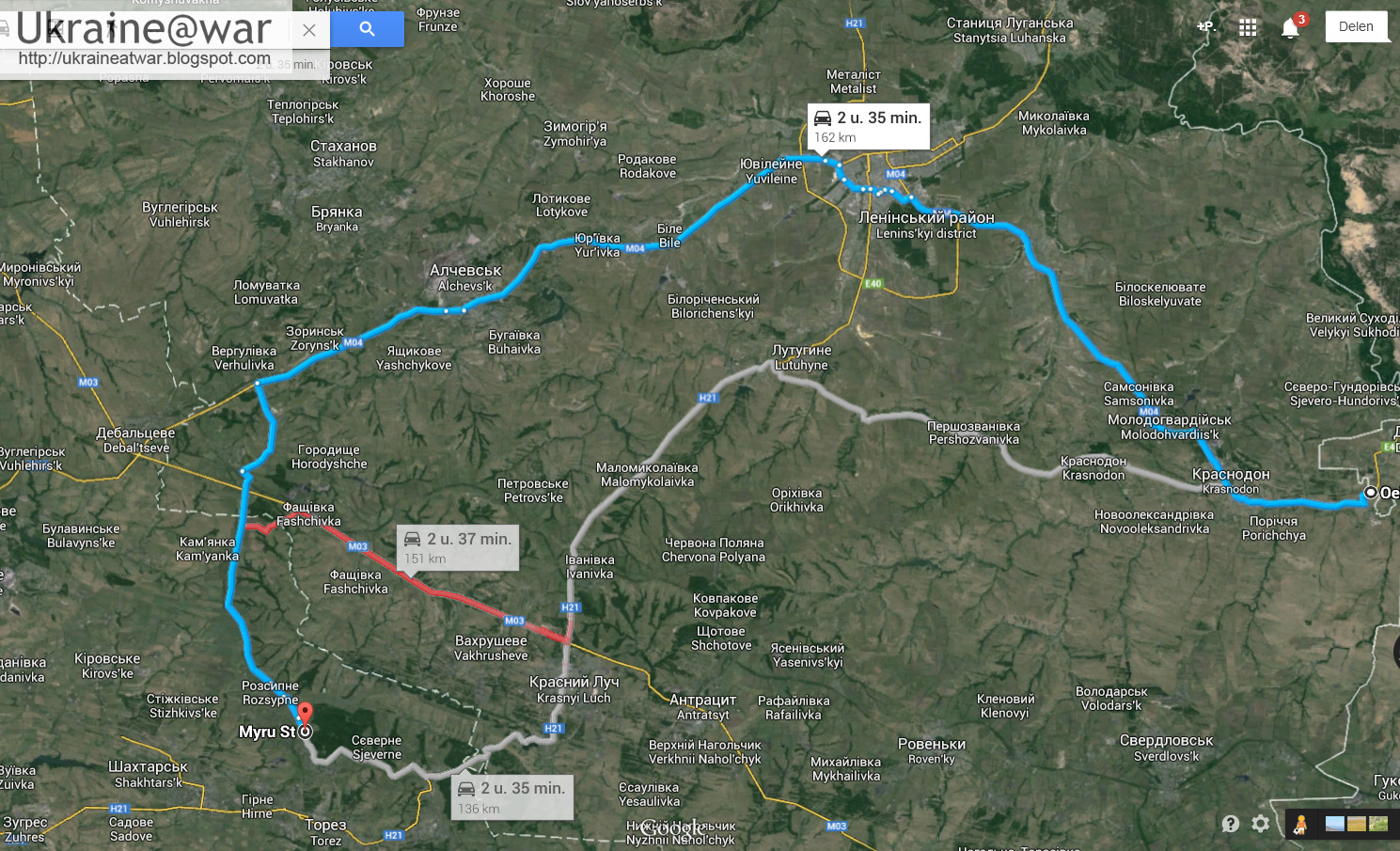 It means either they came together with the other vehicles through Lugansk and split from them, or the already split in Krasnodon and took a completely different route (the grey-red one).

In my overview of the reinforcement/invasion I already concluded the initial column probably would have split in three. Because in the sighting in Horlivka there where not as many vehicles as in Lugansk or Alchesk.
To be precise: 2 tanks, 3 BTRs and 7 trucks and a gun were not seen in Horlivka (in orange): 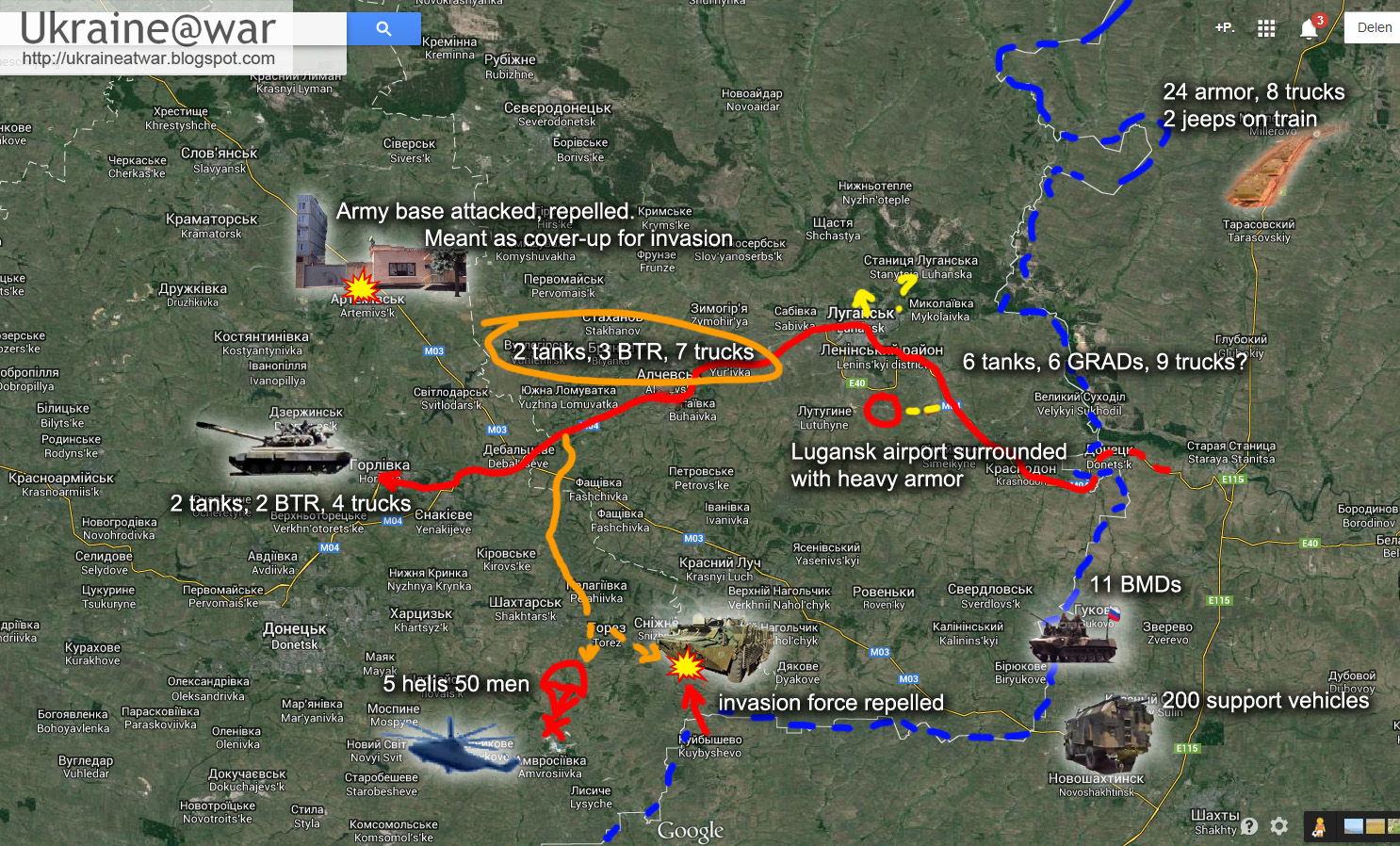 This FITS VERY well with the column we see in Torez: 2 tanks, 3 BTRs, 3 trucks and a gun. It means we still do not exactly know where the other 4 trucks are.

Why did they go to Torez? It's obvious! An invasion force had been repelled there and some paratroopers may have landed in the area. It is to cut of the units that recaptured the border crossings and encircled the rebel area from the south. And/or to prevent the main force to push further North.
For a more extensive interpretation look here.


Conclusion:
The column spotted in Torez on June 20th was split of from the main convoy driving through Lugansk. It is not another new convoy

If you have reasons to disagree, or if you see errors, or have any more info, please let me know.