Several reports came out today that 3 Russian T-72 tanks were spotted in Snizhne:

Here is a video with a tank:


Screenshots of the tank: 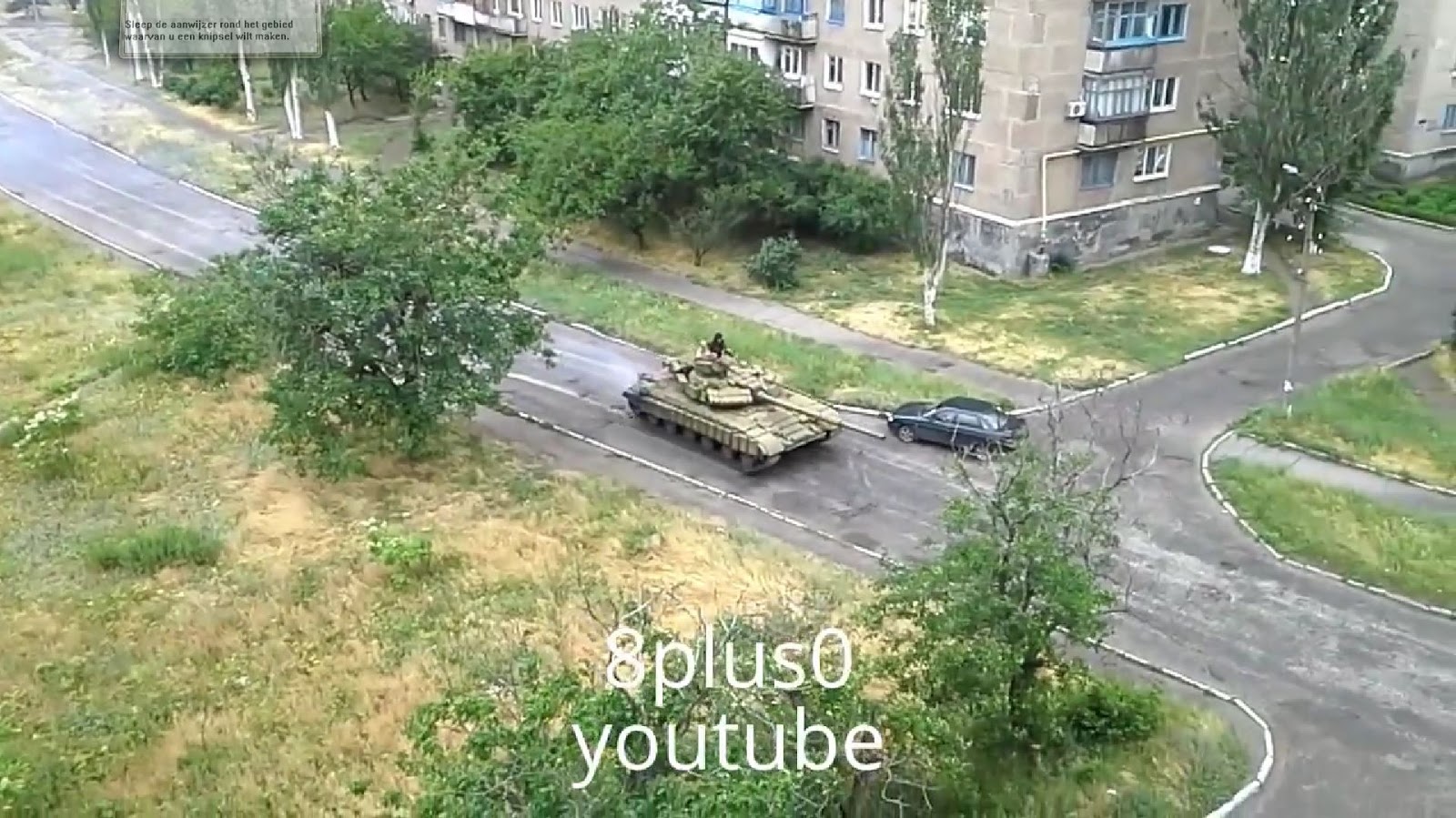 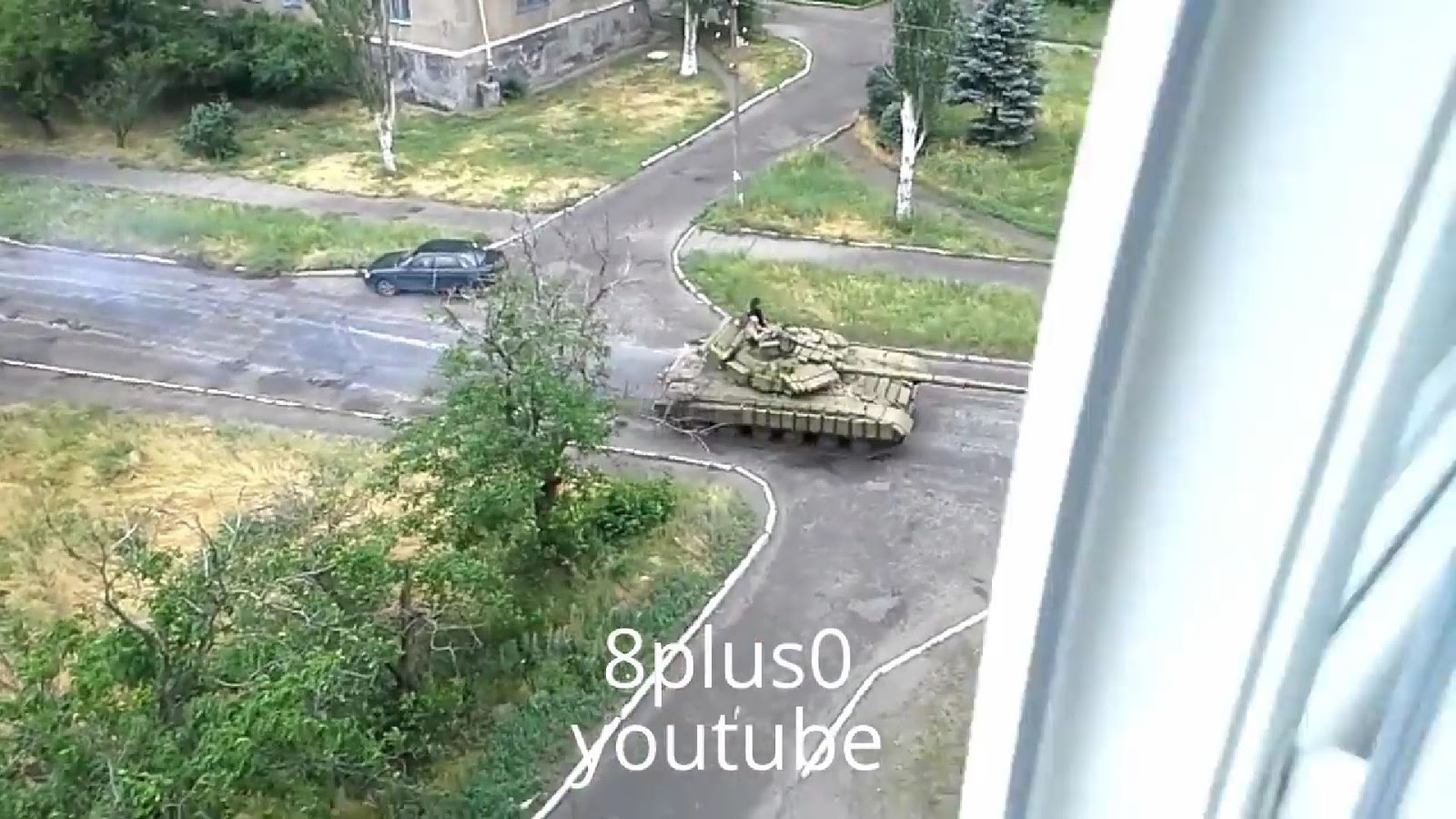 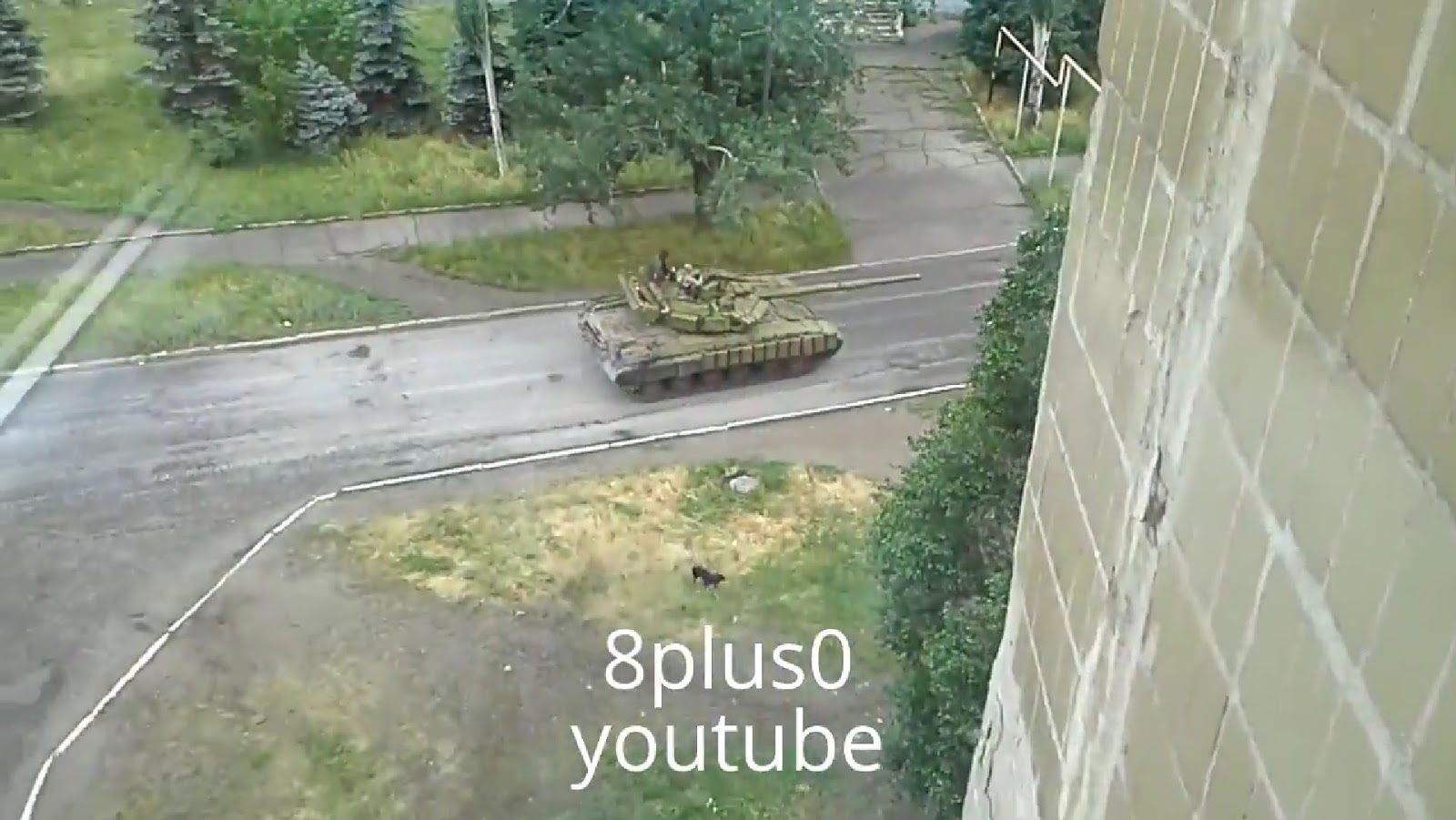 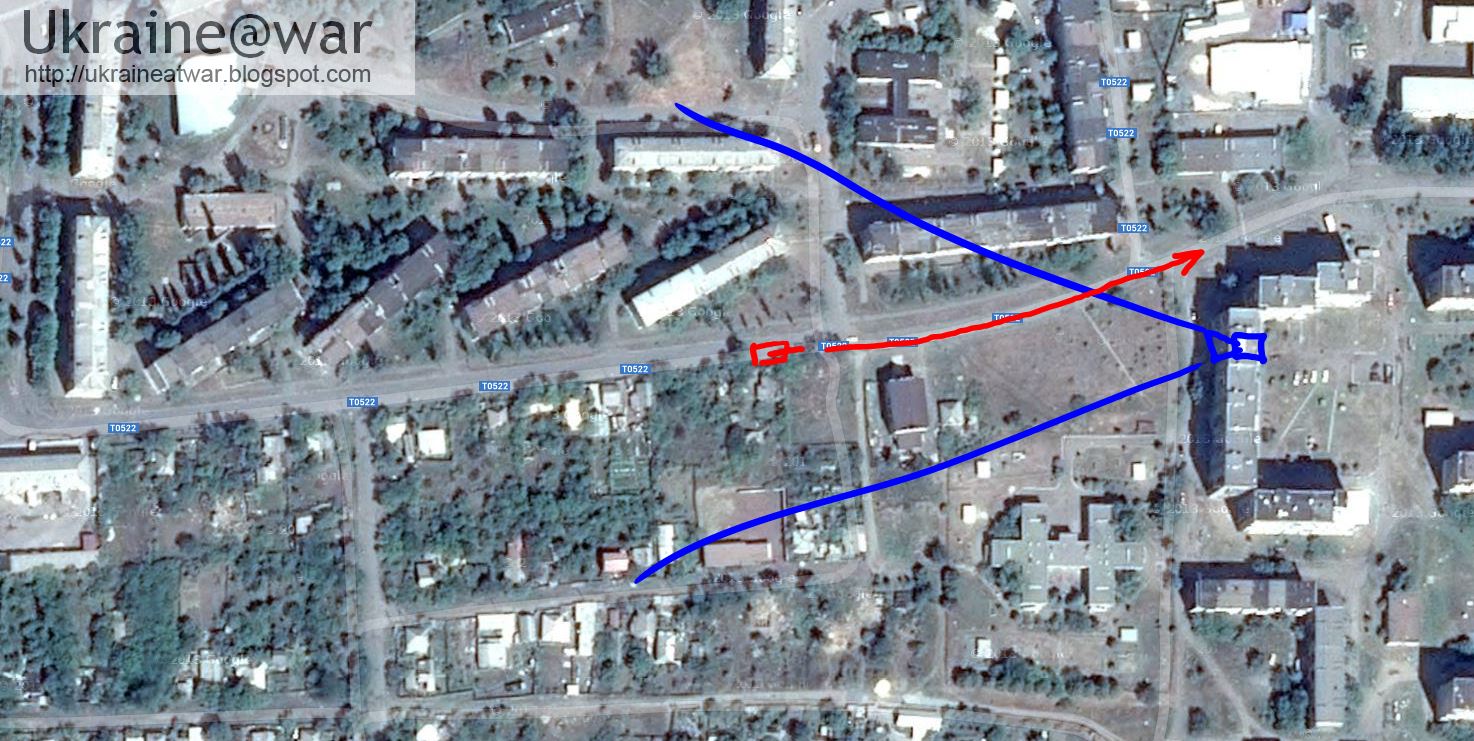 Blue = camera position and view
Red is tank and direction of driving. 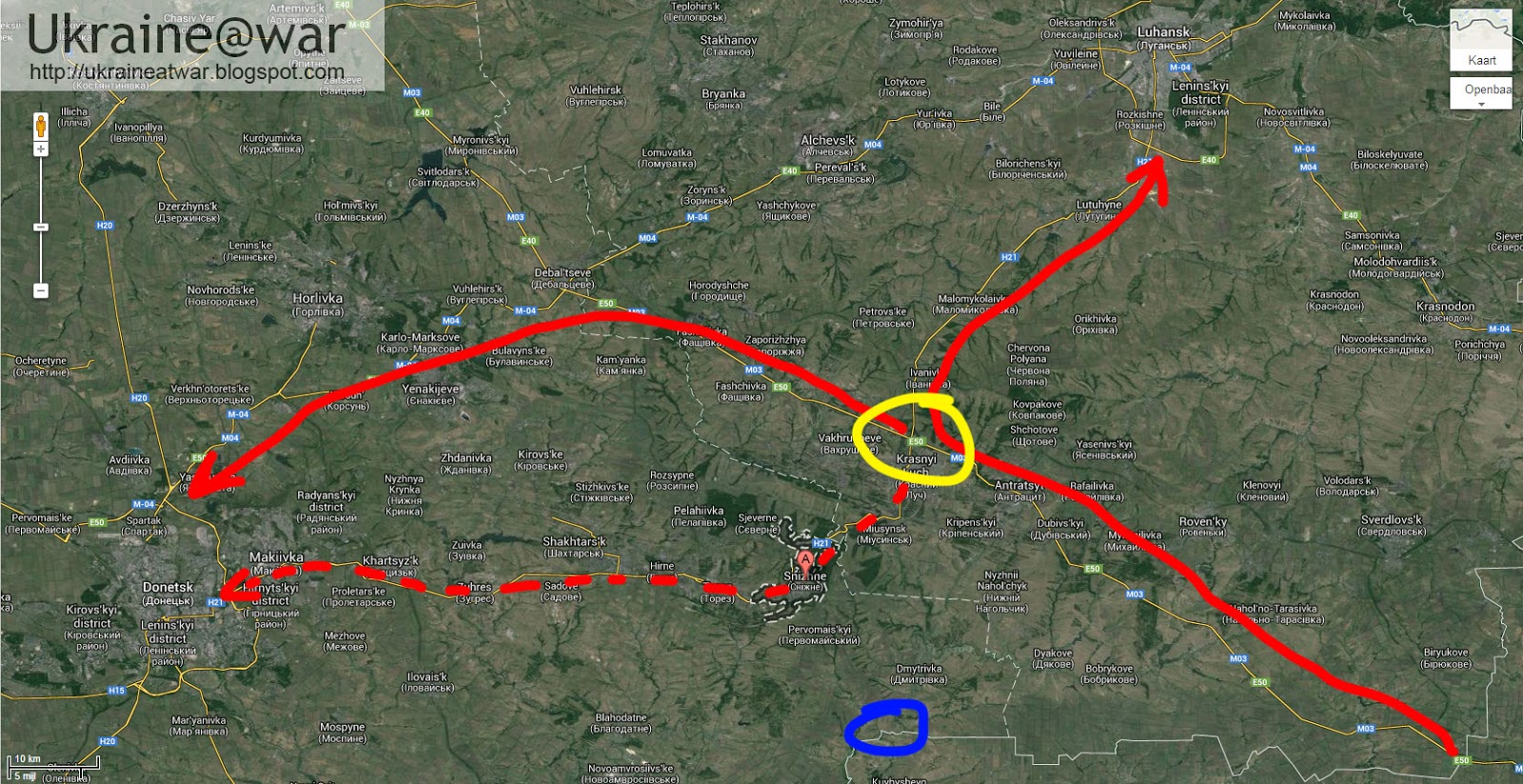 Snizhne (red marker) is strategically important, because it protects the crosspoint of roads (yellow) from the border to as well Lugansk as Donetsk (red)
The border post at Marinovka (blue) has been heavily contested the last week.

Of course it is a MAJOR development if Russian tanks are now in East-Ukraine and it seems the (pro)Russians are fortifying Snizhne now.

Also see the current situation with the different border posts.

Here is another video showing something similar:

The location is very close to the other tank: 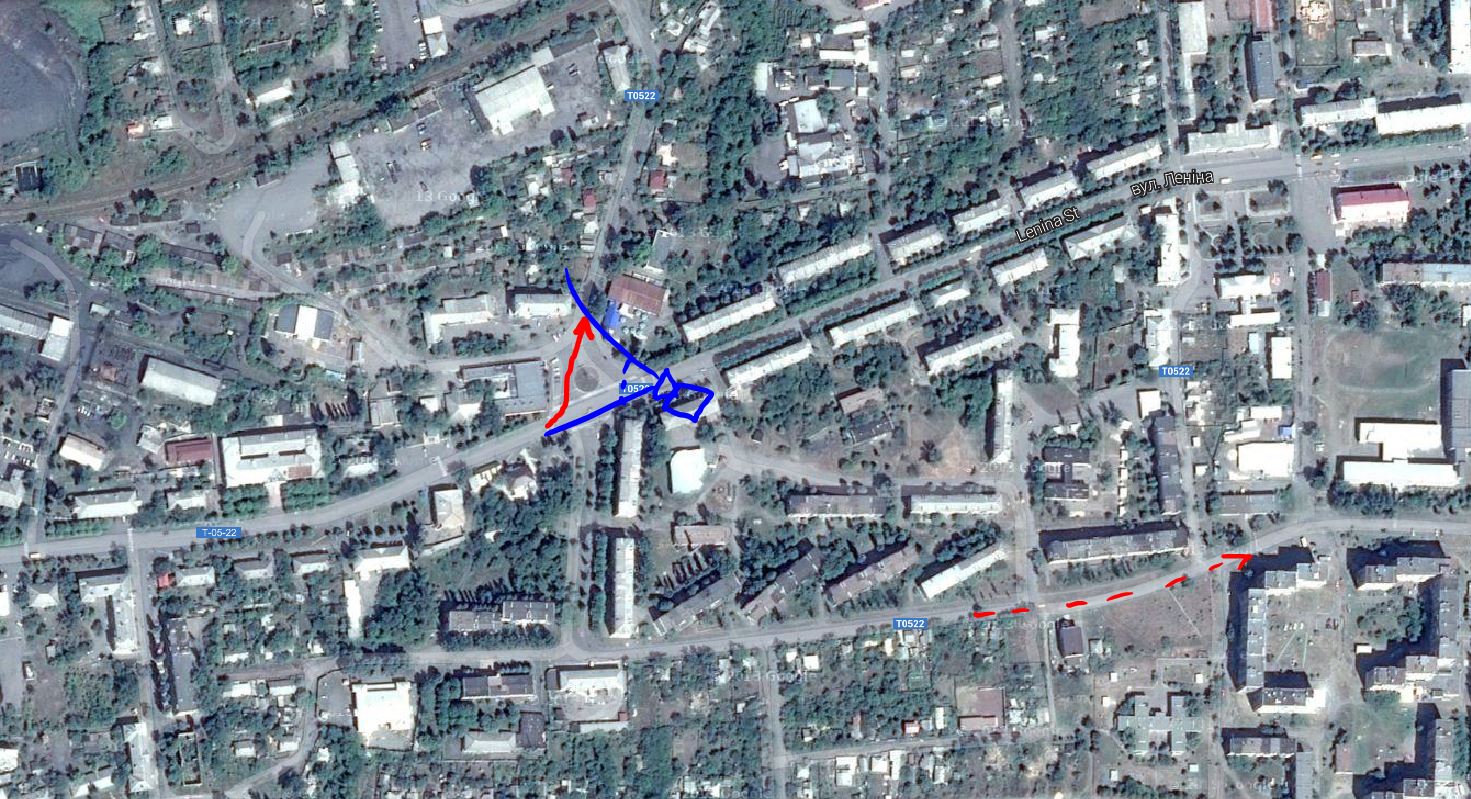 This article from Inforesist says that several armored vehicles entered East-Ukraine today and that the three tanks already entered earlier.


Now NickJDWEurope has a different view:

Here is a photo of a T64B being renovated in Lviv: 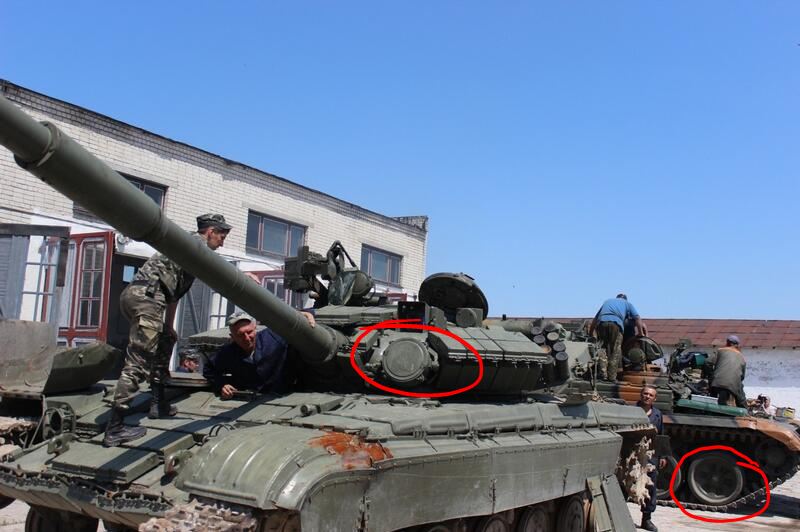 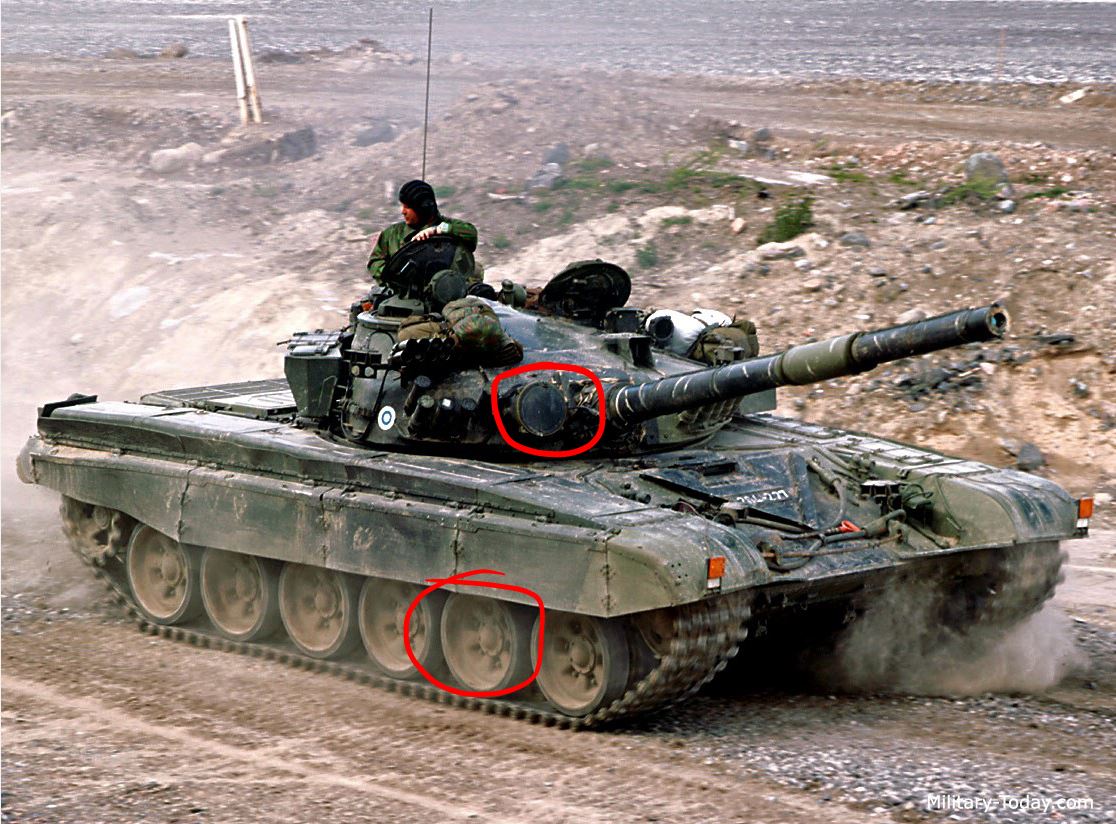 Difference is the T64B has the searchlight on its left side (for the viewers on the right). This is clearly the case, as well as in the video as in the photos.
So, ok it is a T-64B.

Are these (pro)Russians?
Without a doubt they are in possession of the (pro)Russians. They are roaming in an area where Ukraine is not operating. There is a border post Marinovka nearby that is desperately asking for assistance and reinforcement, but they are not getting any. Ukrainians tend to proudly carry Ukrainian flags with them. These don't have flags.
So definitely these are Ukrainian.

Even this CONFIRMED Russian troll WELCOMES the "1st members of the Donbas Novorossiya tank regiment": 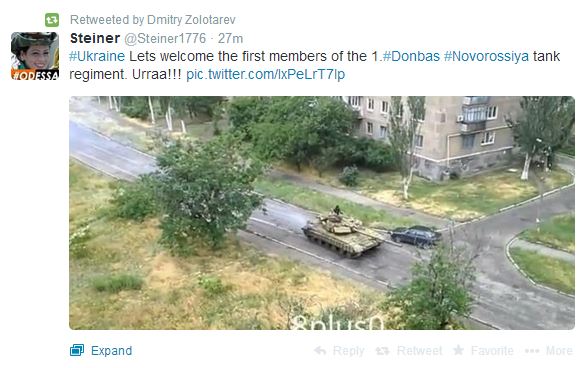 Was a T72 destroyed?
Reports about this turned out to be fake because of a new Russian Troll trick. Read about it here.


Where do they come from?

@shaunwalker7 I saw 2 tanks in Snezhnoe #Ukraine. Avakov said tanks there came across the border from #Russia. Just to make clear what I saw
— Thomas Grove (@tggrove) June 12, 2014

What might be possible is that this is Russia's way of 'returning tanks from Crimea' back to Ukraine?

IMPORTANT UPDATE
A convey with these tanks is spotted in Makeekva, indicating they were indeed coming from Russia.