This video shows loaders with tanks transported towards Ukraine. 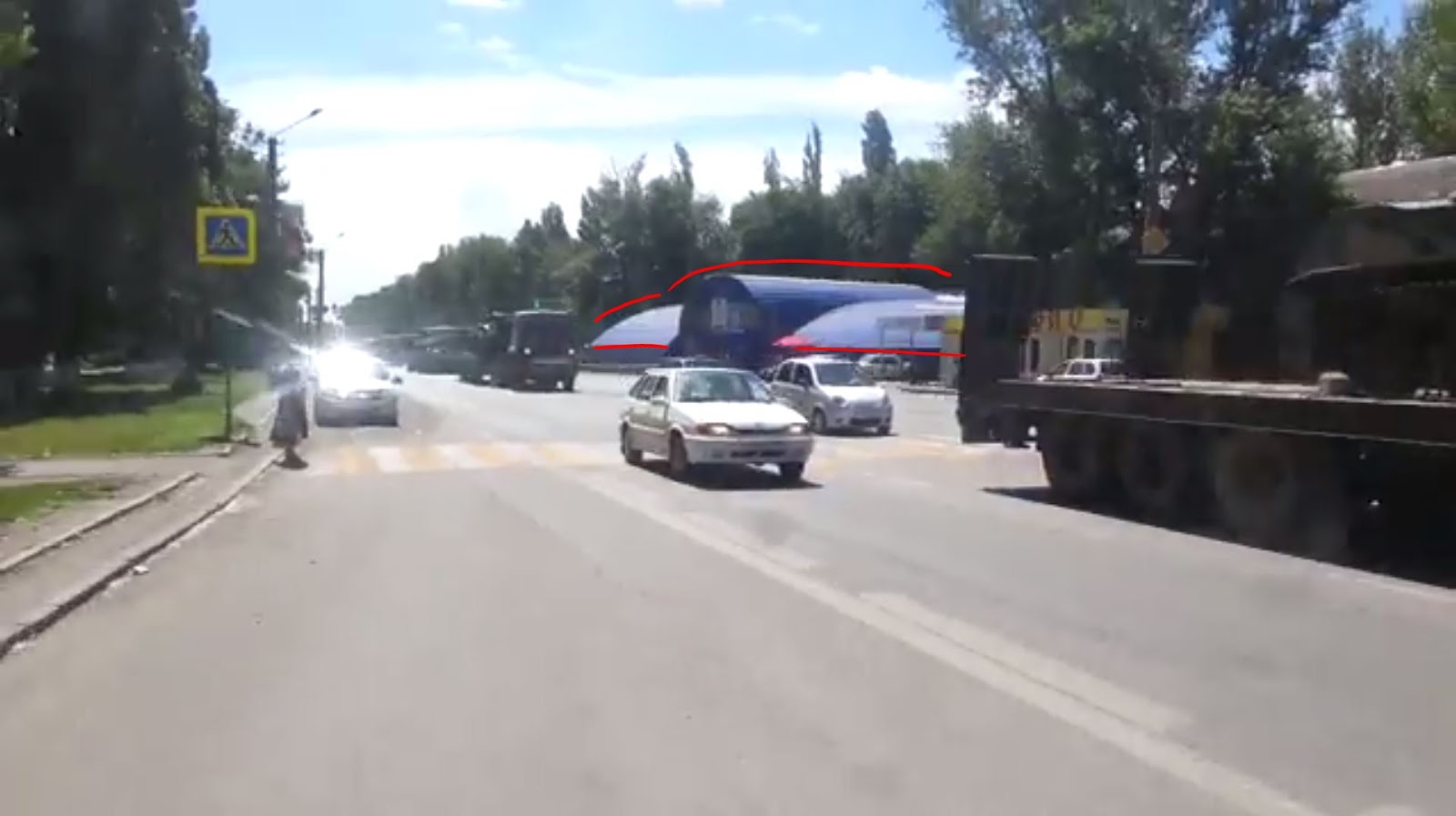 A very typical blue building can be seen.

It is shown here on the map in Novoshakhtinsk: 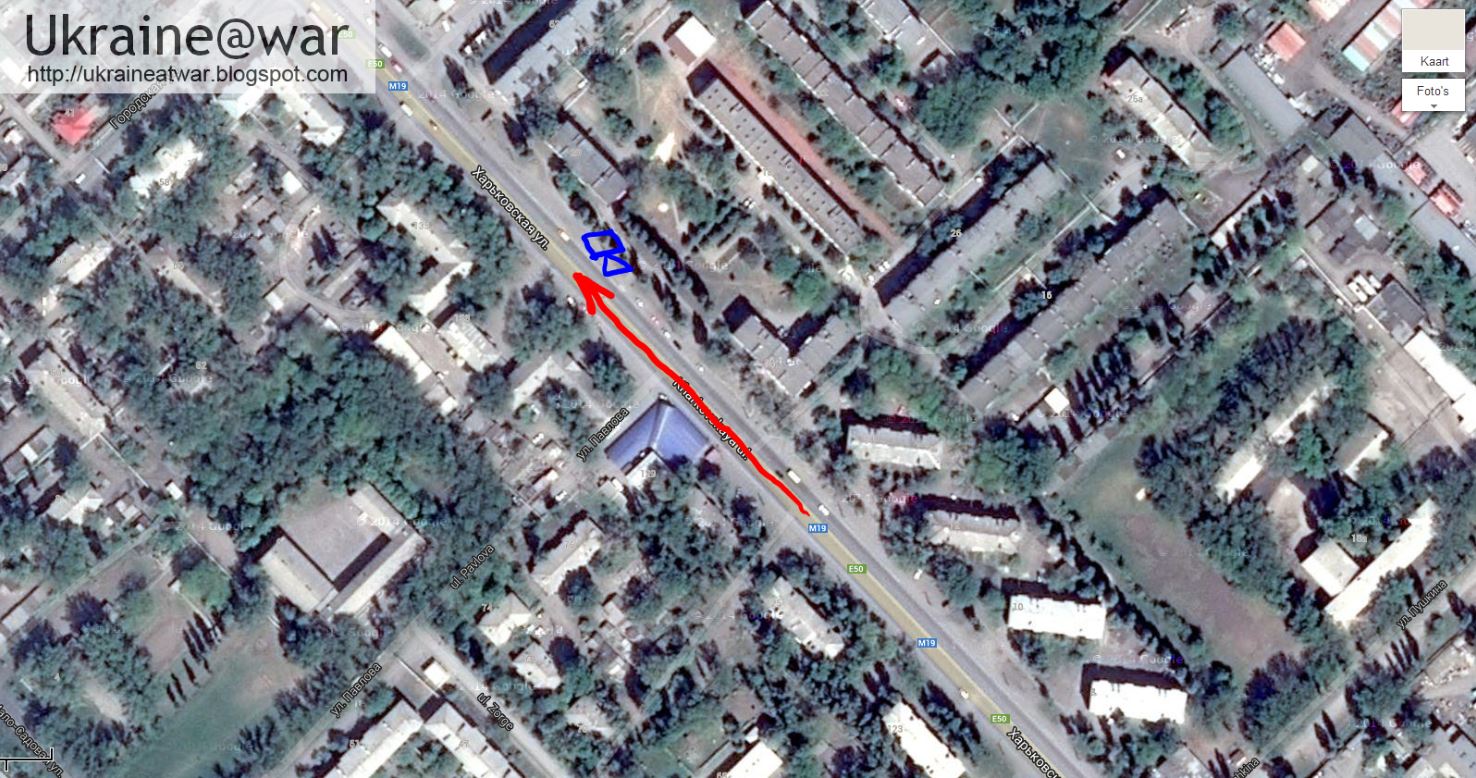 It is the last city before the border with Ukraine! 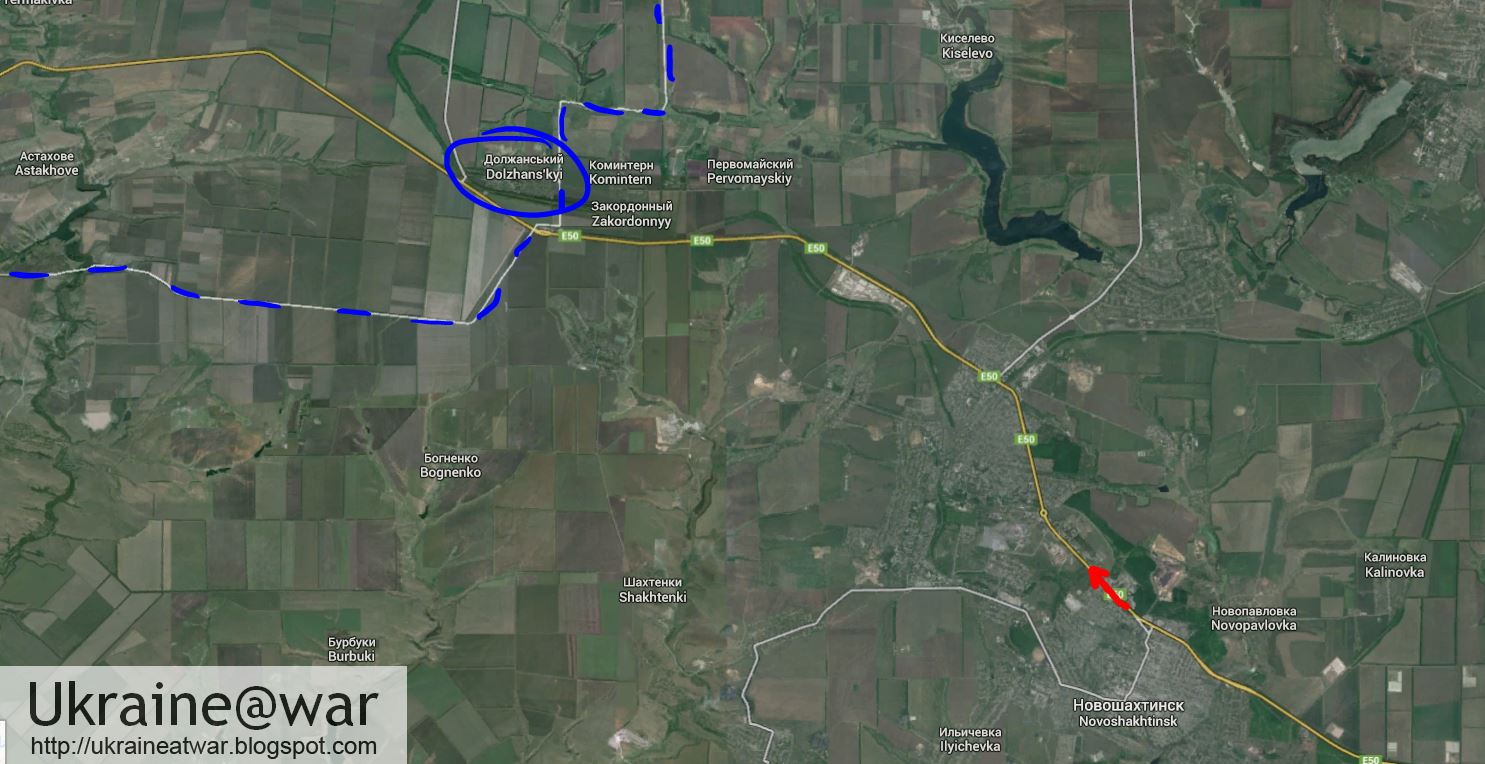 Blue = the border at the Dolzhansky crossing
Red = column spotted and direction of travelling.

In this video 16 loaders with armored vehicles could be counted. 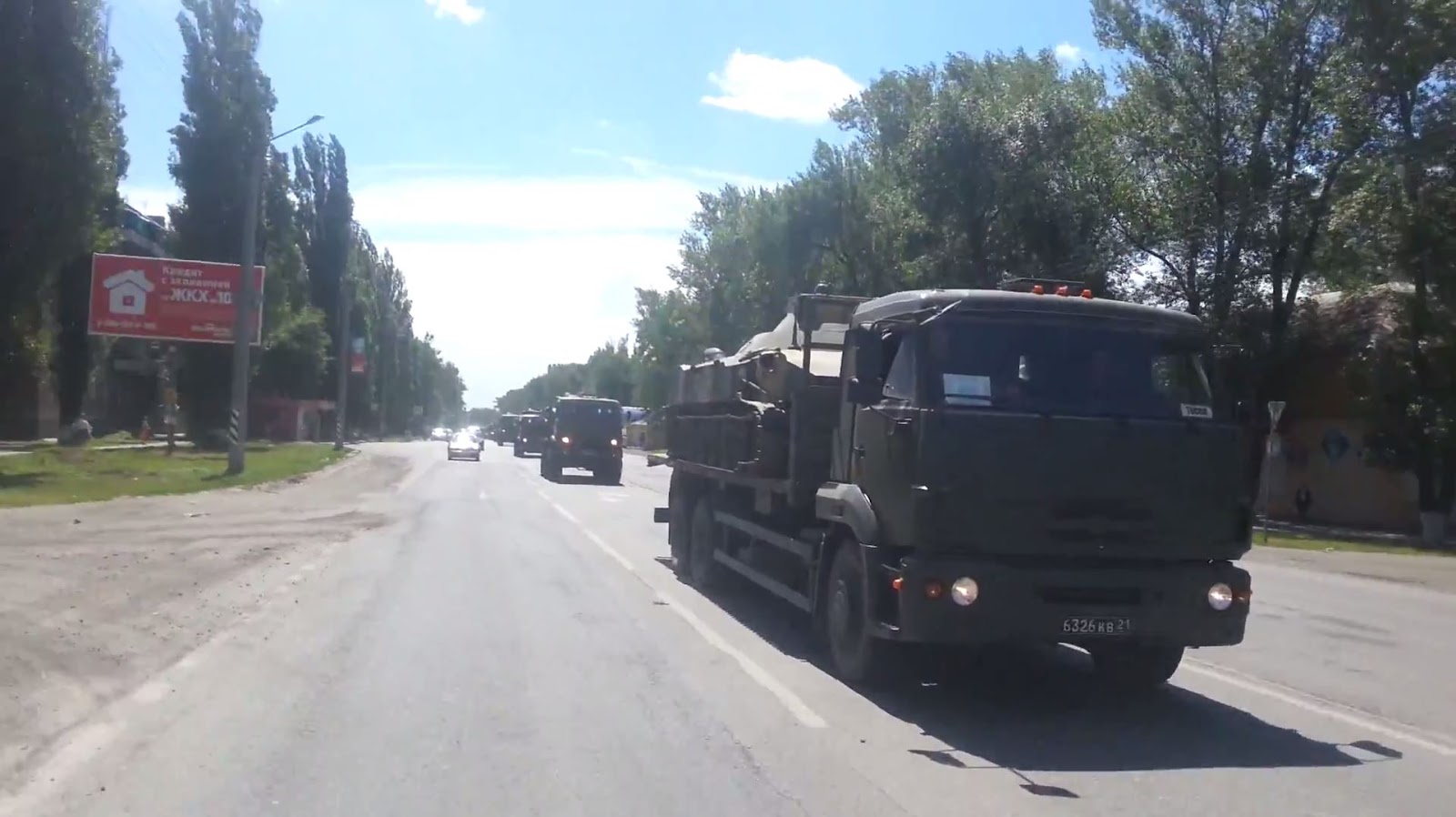 45 vehicles counted in that one.

This is the map: 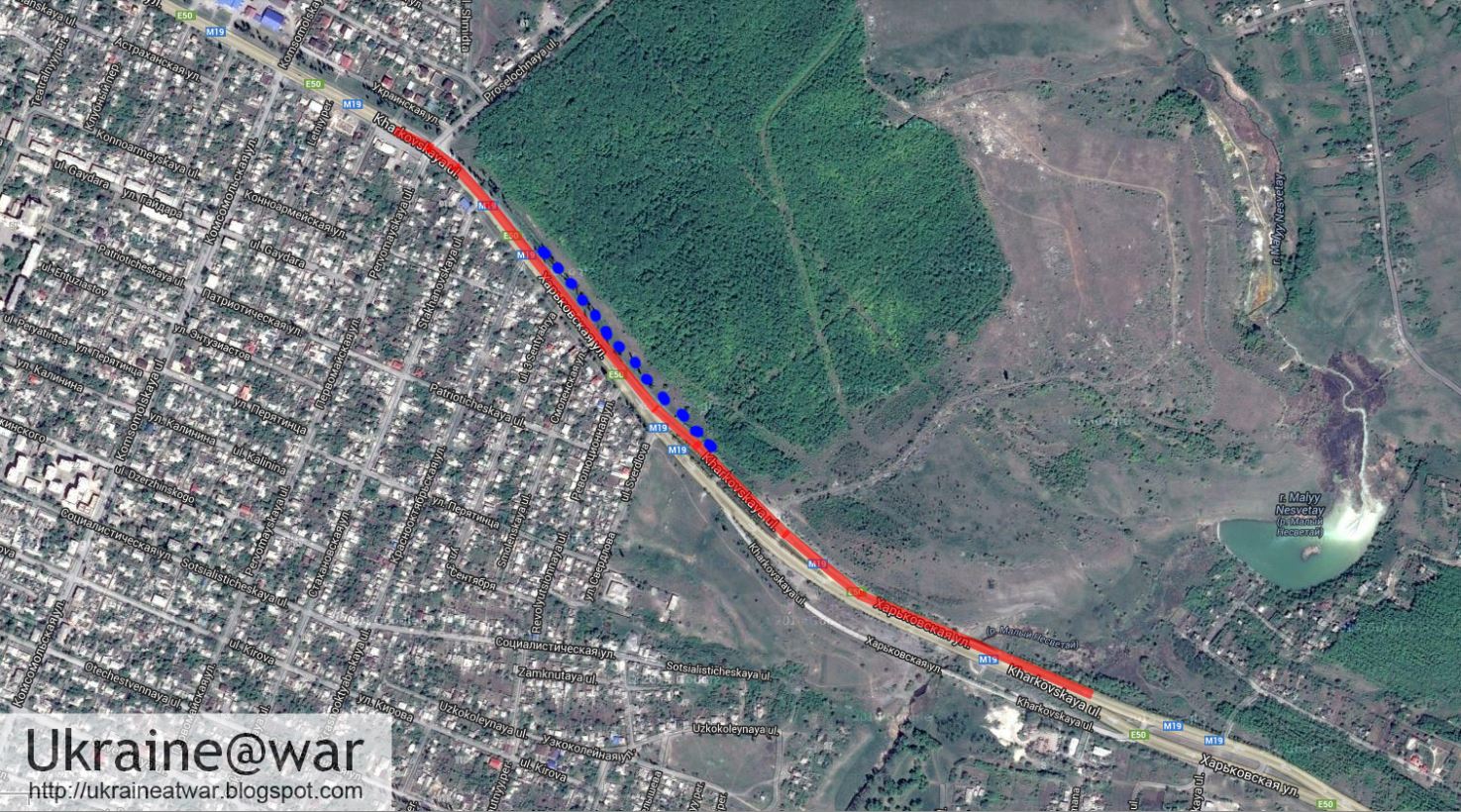 This is in the same city just a little bit before the first column: 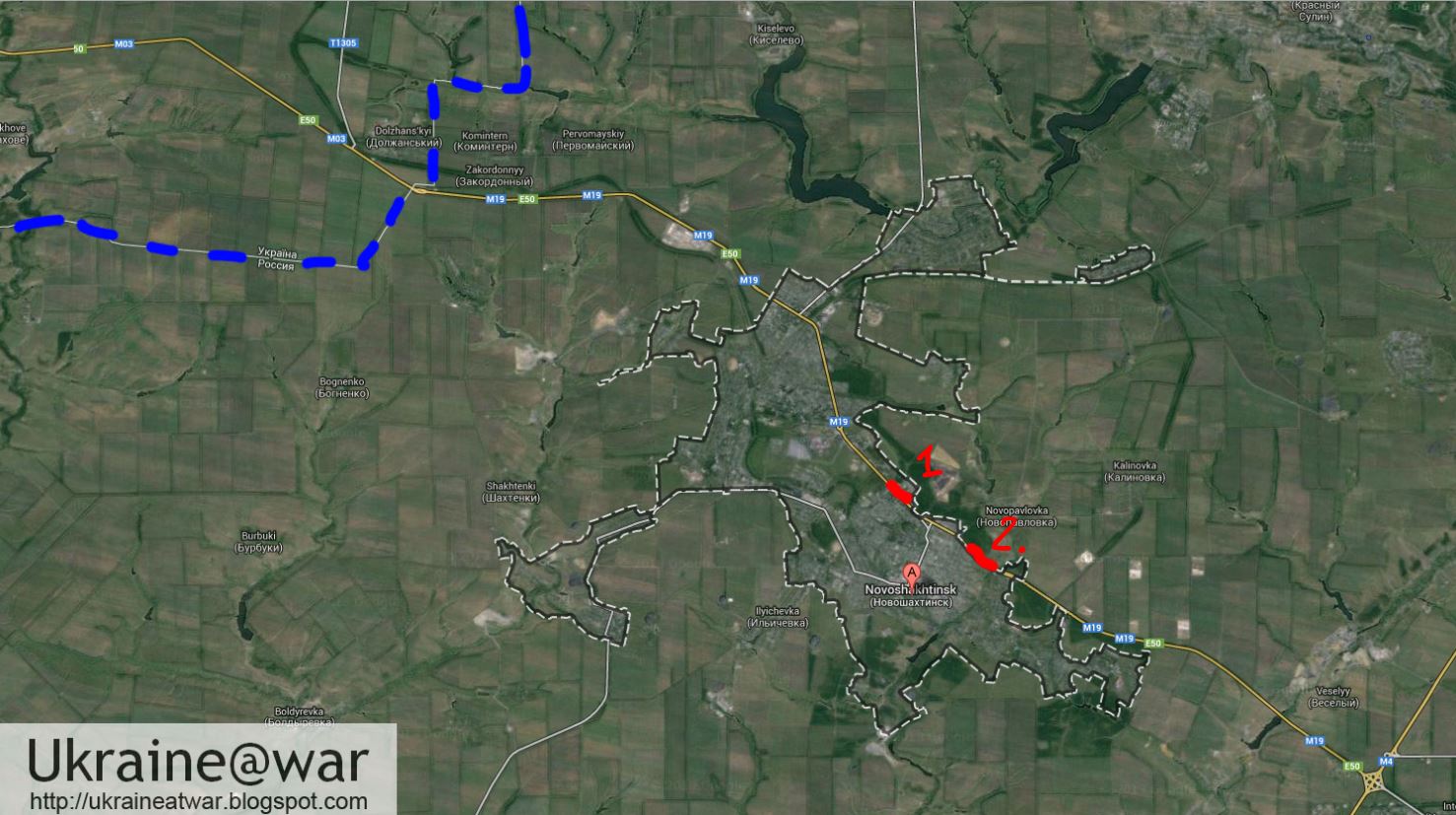 19 vehicles spotted. Seems to be different from the others.


UPDATE 16-6
Latest info is that the column did not enter Ukraine yet, but traveled more up north:


(If you have additional info or see errors, please contact me.)