This video shows the sounds of shelling and the firing of GRAD rockets. In the end the trails can be seen in the sky.

The cameraman films from two positions. From the front of his apartment and from the back. Here are screenshots: 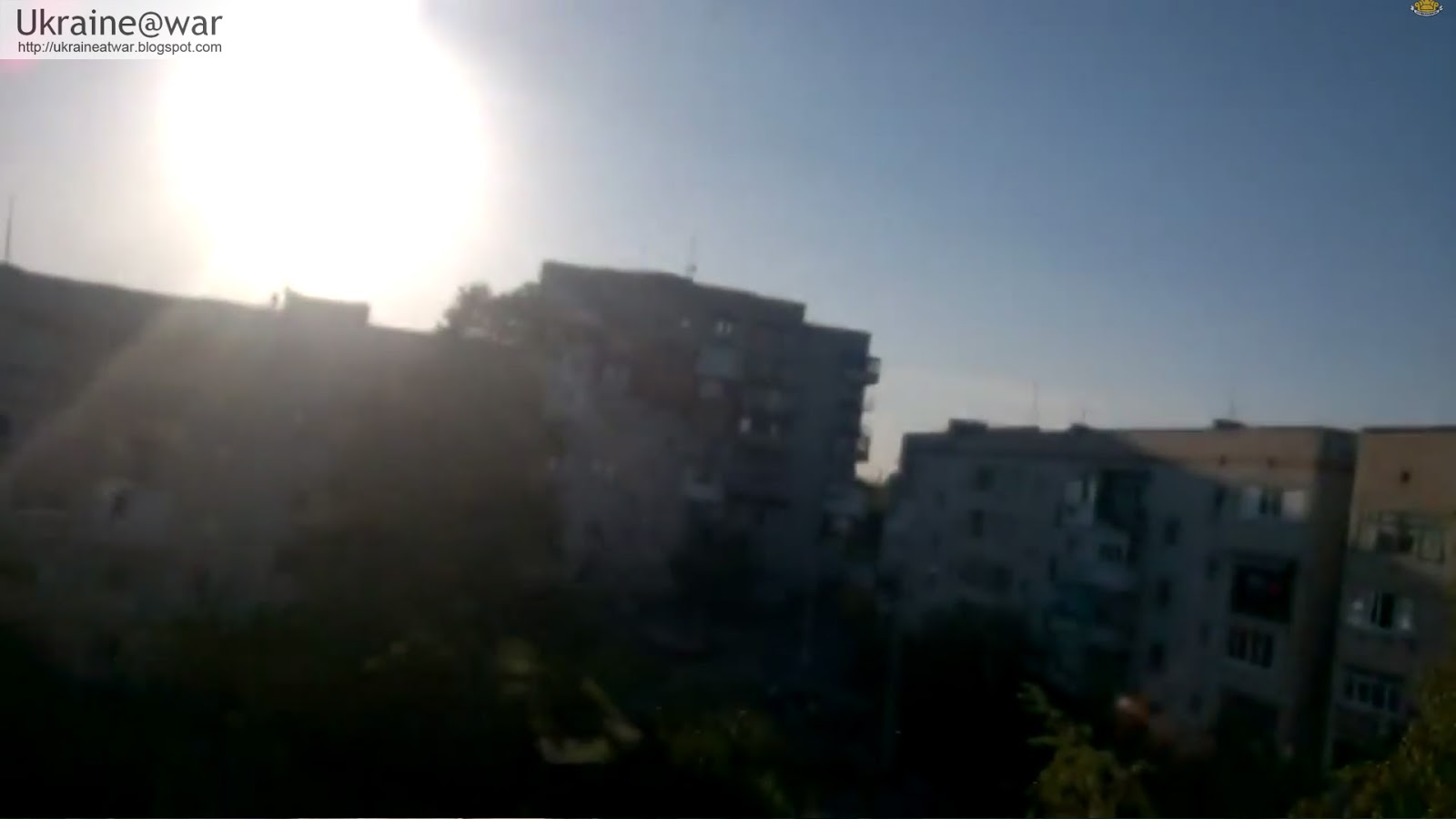 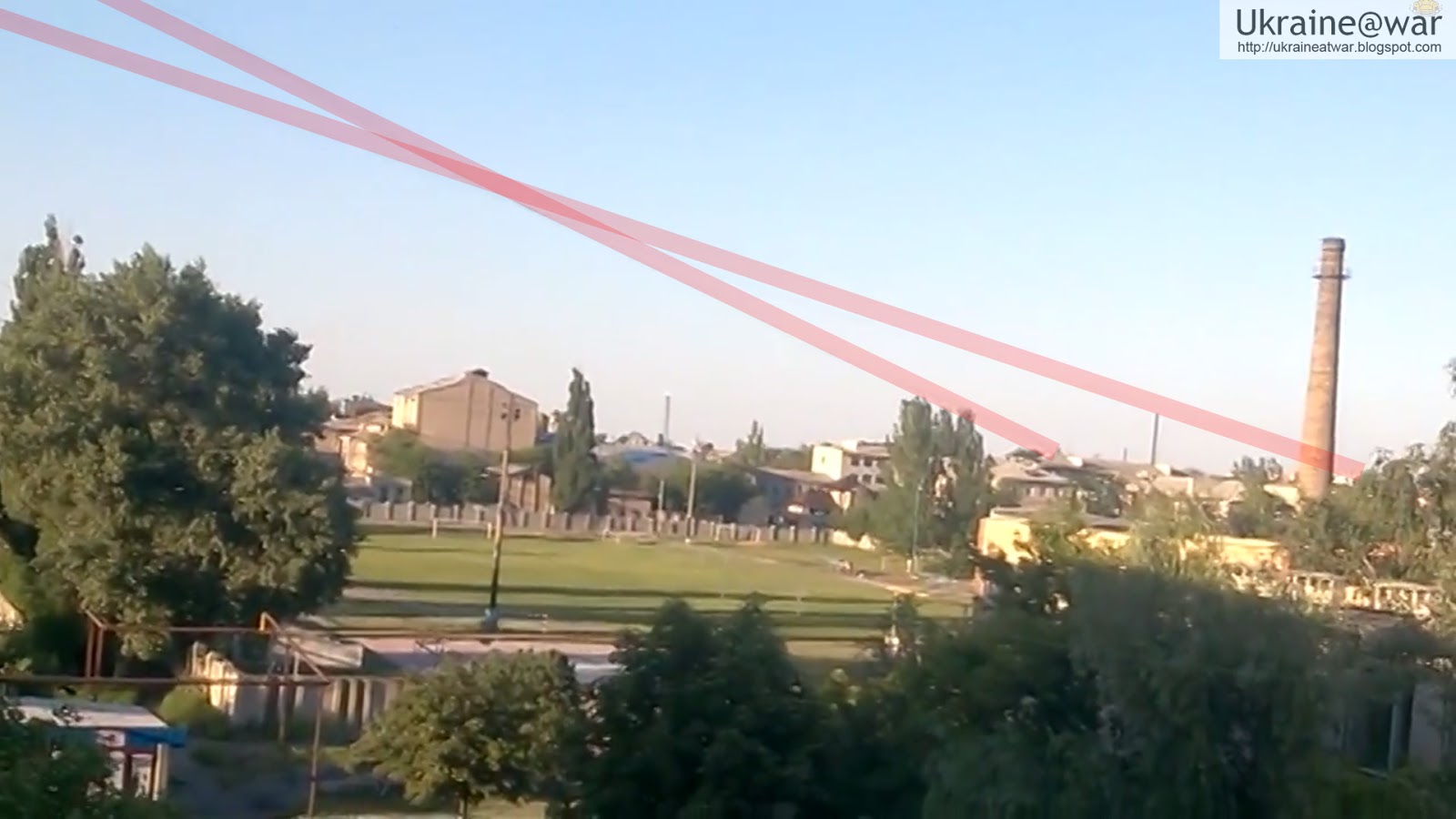 The geolocation and point of view is like this: 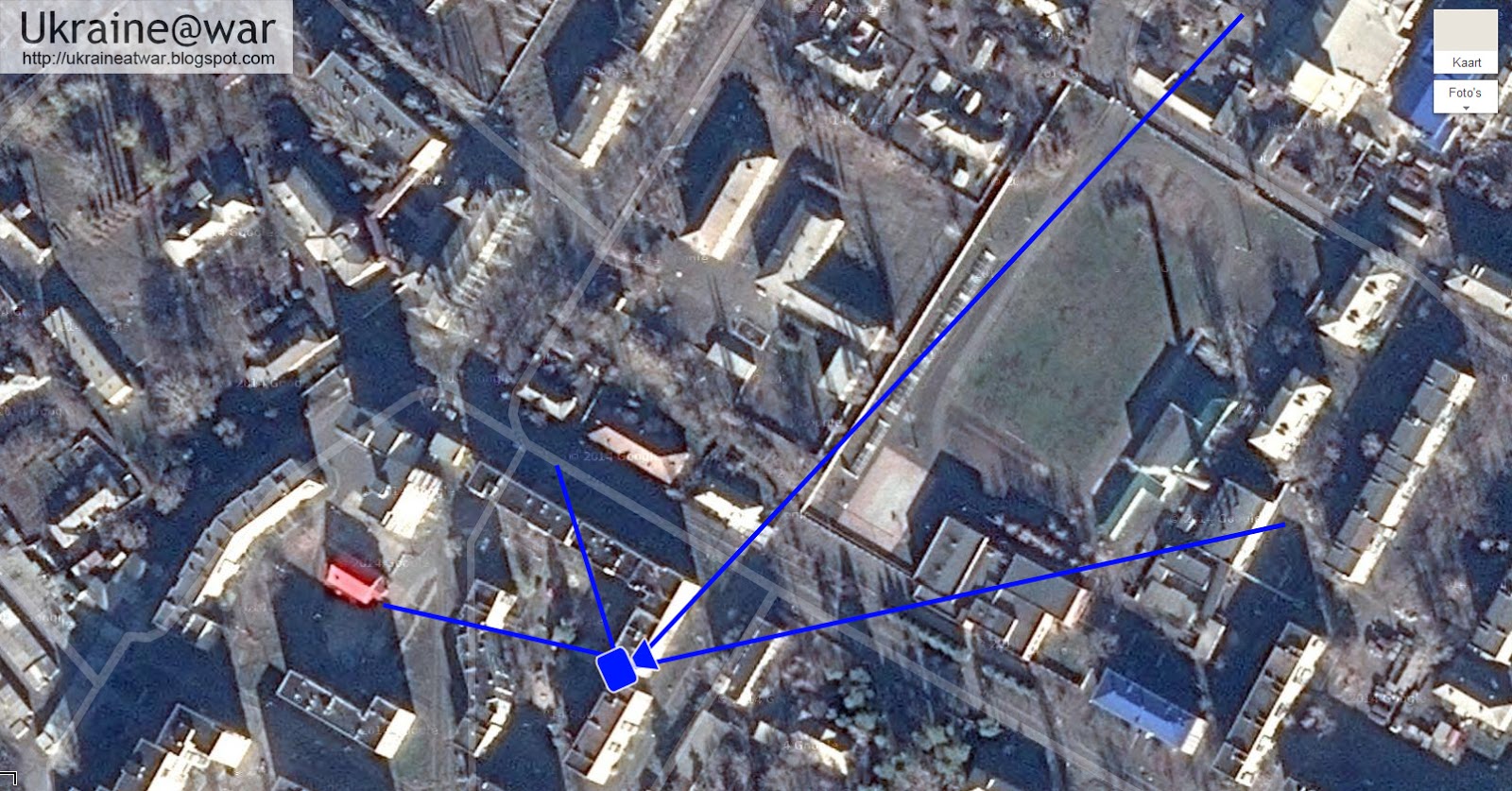 It is not easy to decide whether the rockets are incoming or outgoing, but I suspect them to give a smoke trail when launched and not before impact. It means they will be outgoing.

When we look at the red lines on the screenshot we may determine an approximate area where they were launched from: They may fire somewhere in North-West direction. What would they fire at? There's only Ukrainian units in this direction. It means it is a RUSSIAN unit firing. And that is disturbing news, because this is far behind enemy lines for them!

The proRussian Military Maps (they only try to be accurate on Ukrainian units and just show puppets for (pro)Russian units) gives a clue: 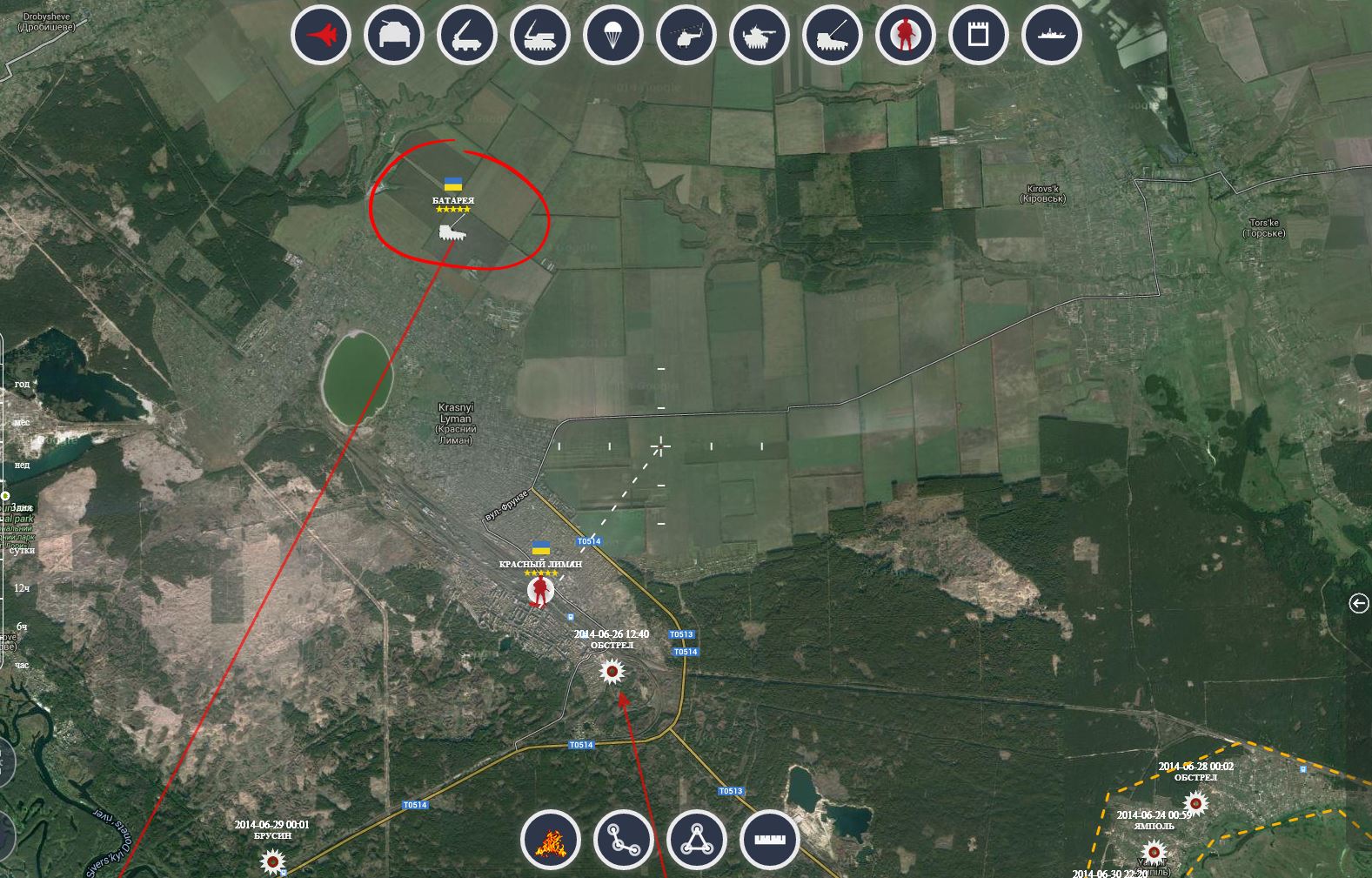 There is a heavy artillery unit in the fields North of Krasny Lyman. It is the logical target... This is how they may have attacked: 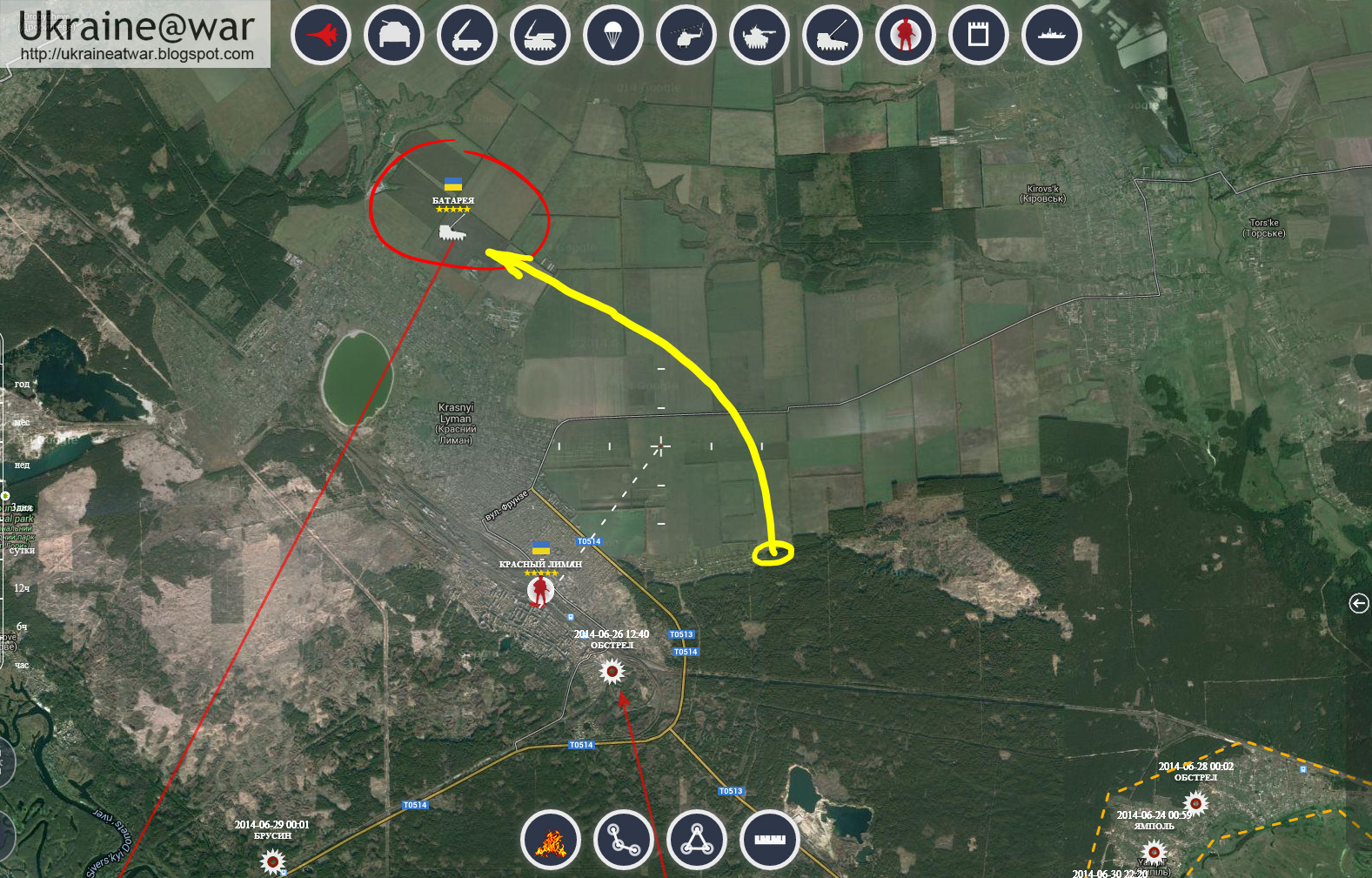 And that poses another question: how did they get there? The bigger scale of Military Maps may give the answer: 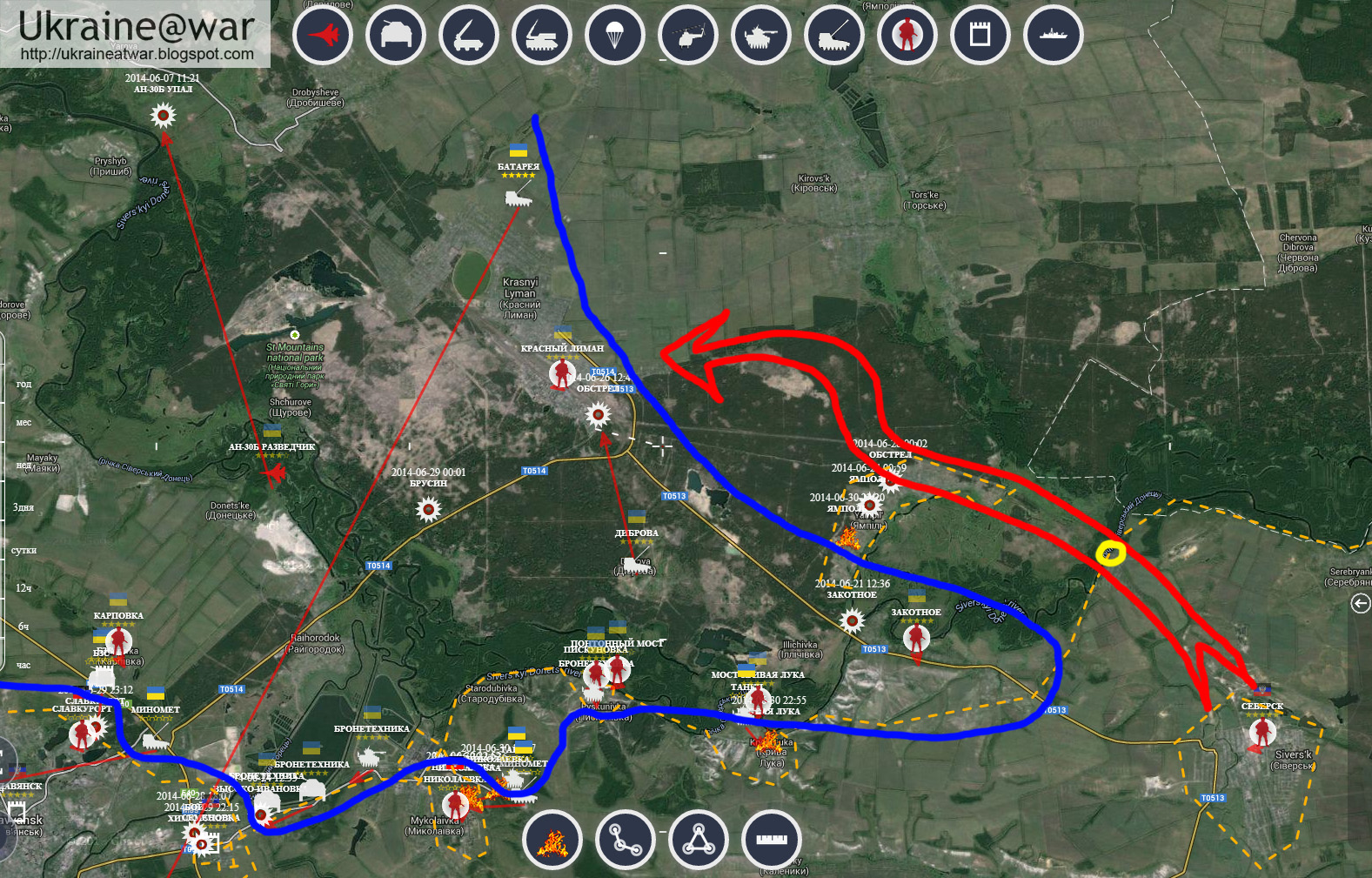 There is still one bridge across the Siversky Donets river in Dronivka that the Ukrainian don't control (yellow circle). It means the Russians could have made a flanking movement as the red arrow indicates.

If they would continue the attack, it means several Ukrainian companies could be at serious risk, because they may be attacked from behind...

If you see any errors, or have additional information, please let me know.