Now, since August 26th Russia does not hesitate to shell Ukrainian villages too from Russian territory... 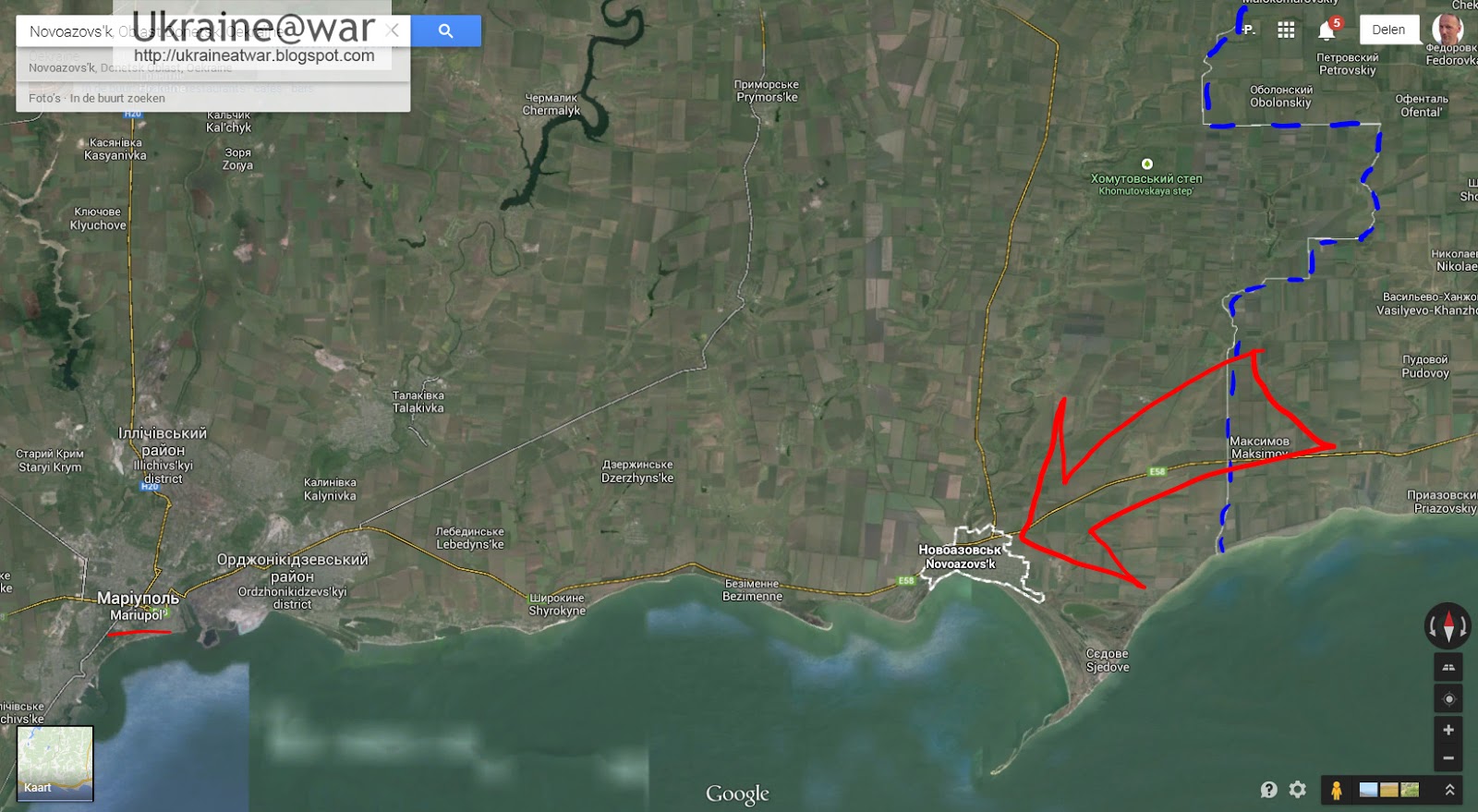 Large fire caused by shelling about 30 mins ago on outskirts of Novasovsk. Gunshots to the east @vicenews #Ukraine pic.twitter.com/RzWcjP6Lmi
— Henry Langston (@Henry_Langston) August 26, 2014

Novasovsk under Ukrainian army control. Locals saying last night was quiet but there were clashes on the outskirts in the day @vicenews
— Henry Langston (@Henry_Langston) August 26, 2014


2 hour ago the western outskirts of #Novoazovsk were shelled again. The town itself seen some damage too. pic.twitter.com/qstCGrPEVz
— Petr Shelomovskiy (@shelomovskiy) August 26, 2014


Shelling of #Novoazovsk today set on fire the cemetery in the western part of the town near #Mariupol highway pic.twitter.com/QRTmRpKAbu
— Petr Shelomovskiy (@shelomovskiy) August 26, 2014


#Novoazovsk is under shelling now. Explosions to the north and to the west from the town. We can hear the shells flying by
— Petr Shelomovskiy (@shelomovskiy) August 27, 2014


UPDATE 6-10
@WarUkraine pointed me to a video from August 23rd I had not seen before. Here it is:

This screenshot shows the location: 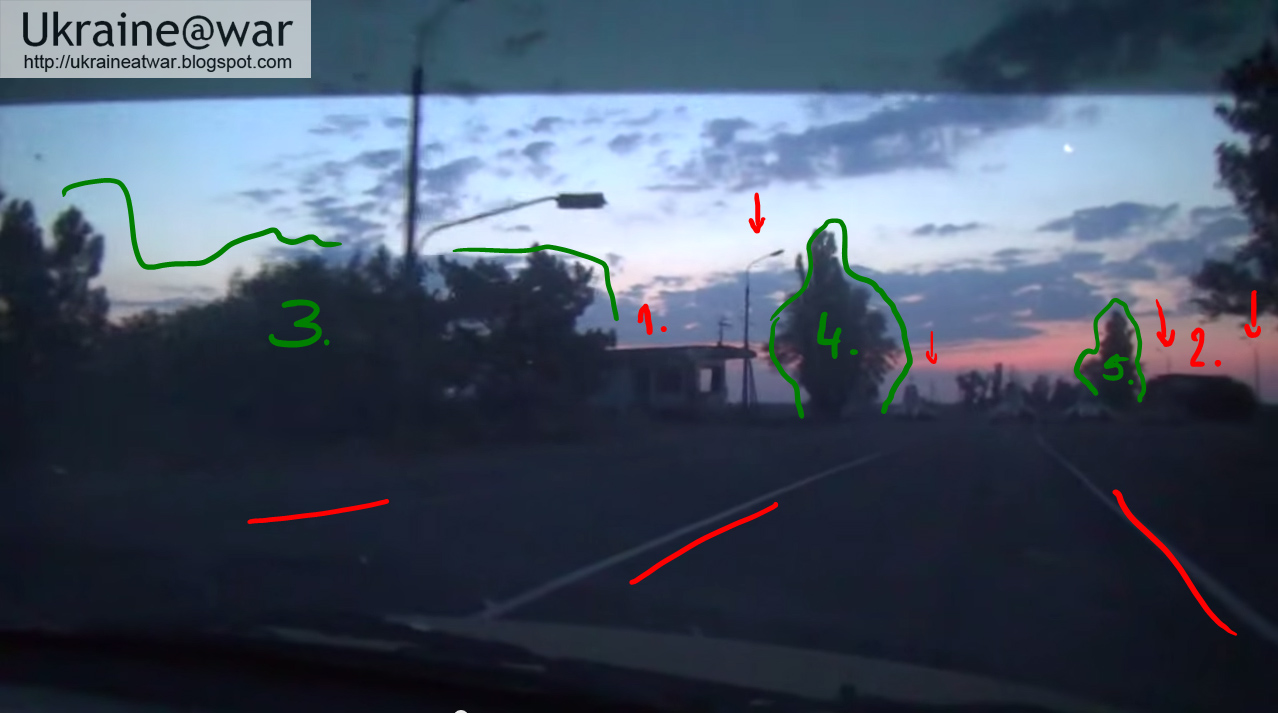 It corresponds with this map: 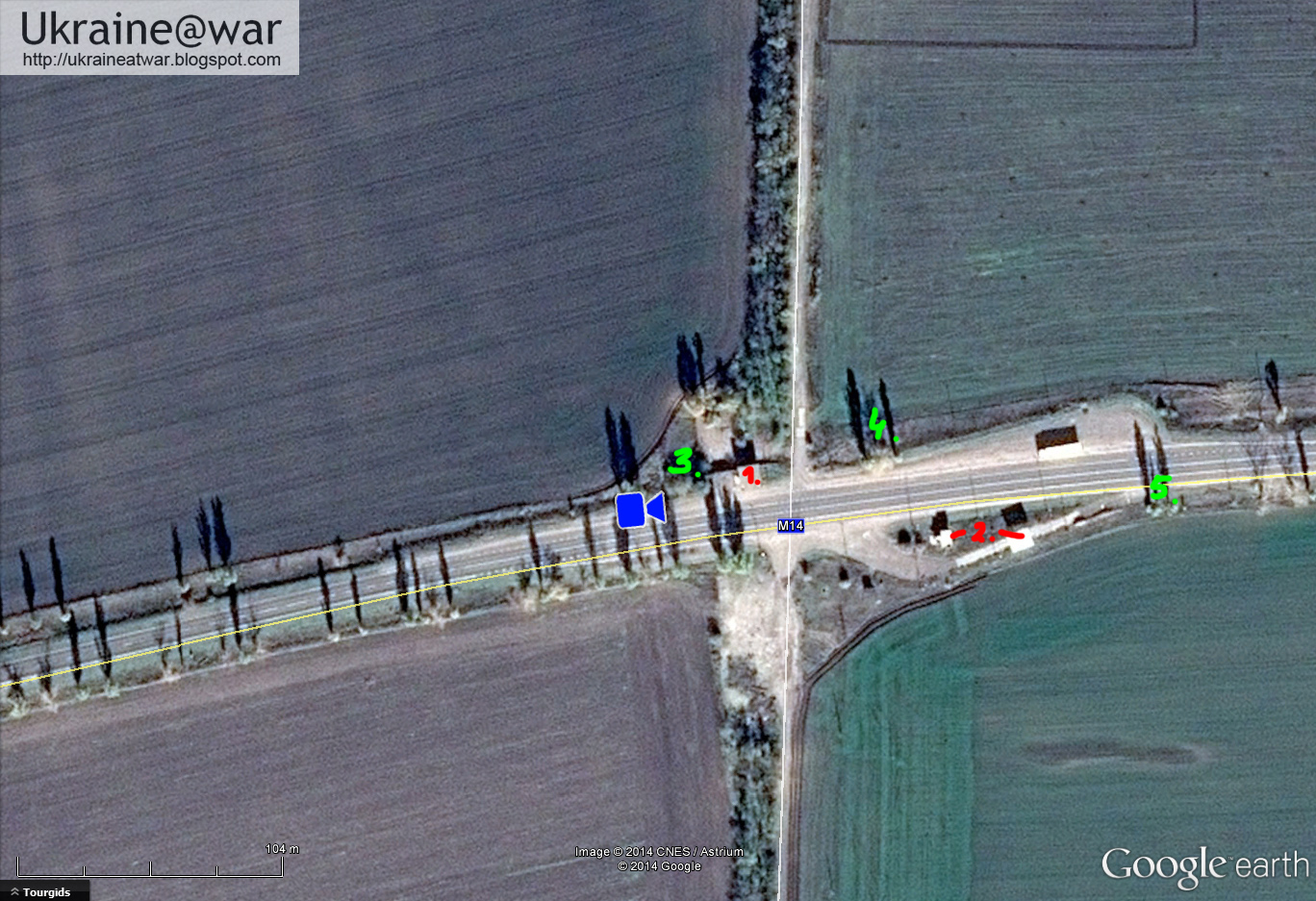 This screenshot shows how far away from the crossroad the driver starts driving: 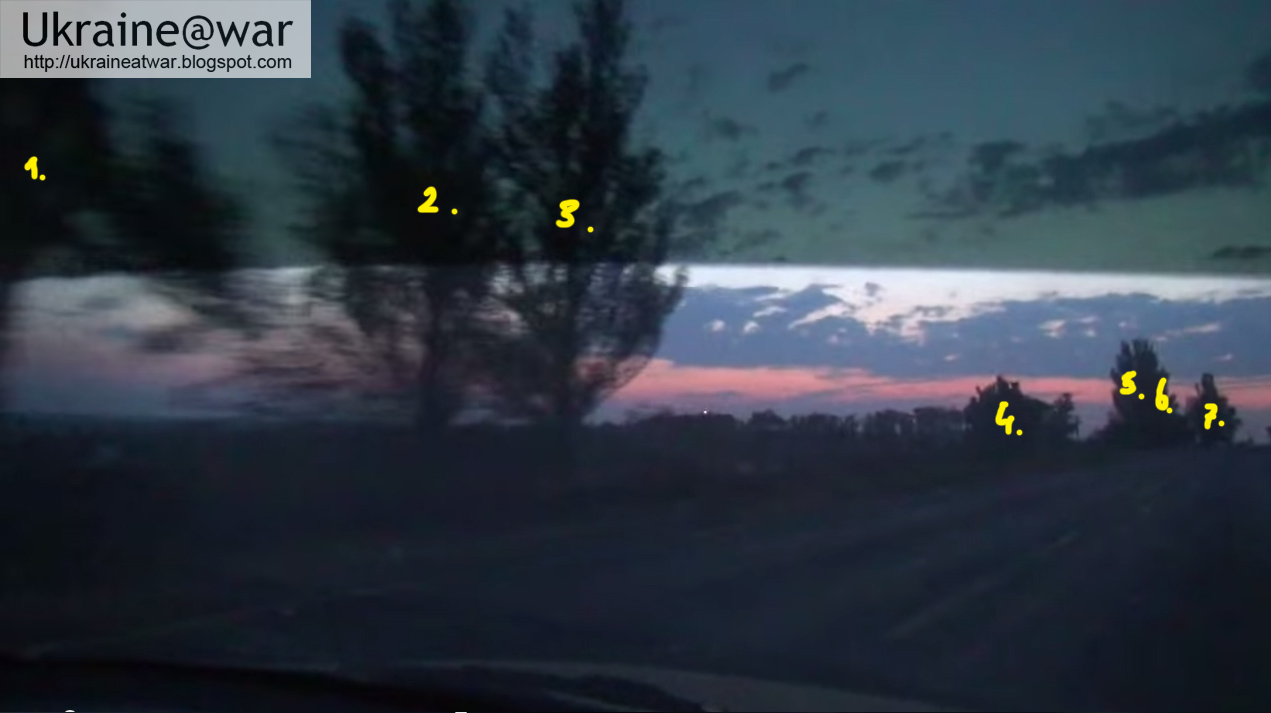 First there are three tall trees, then 1 circular one and then again two tall ones before the small building is visible: 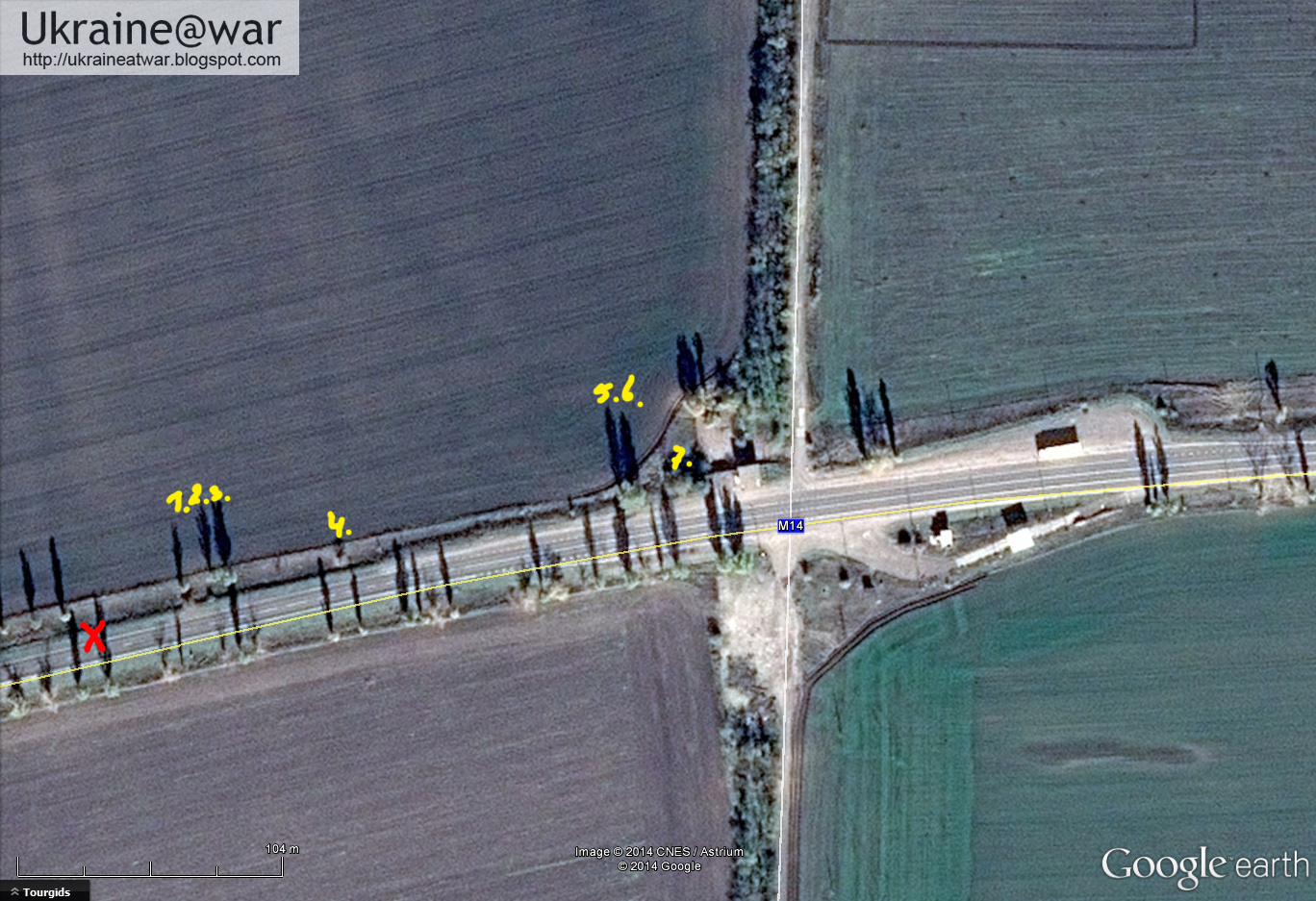 The cameraman starts filming at the red cross.

This is the first screenshot: 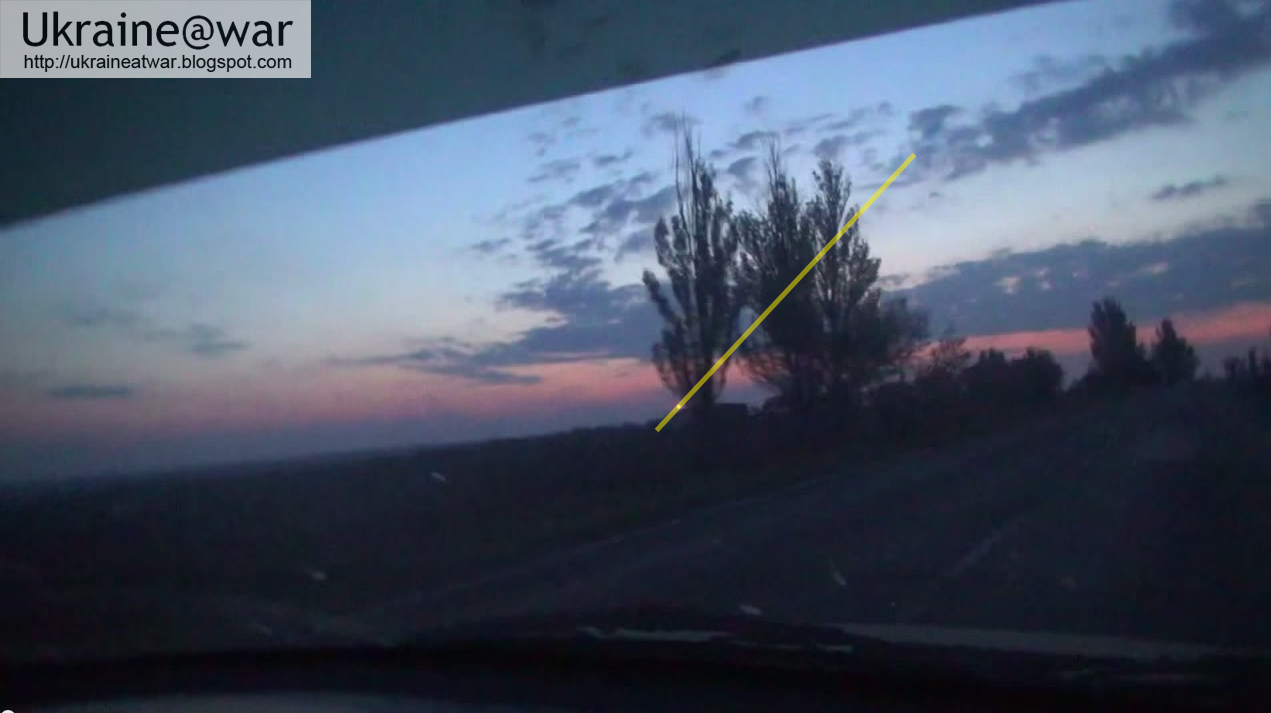 showing the position and the angle with which the GRAD is firing. It means we can draw a line from the position of the cameraman just left alongside the first tree: 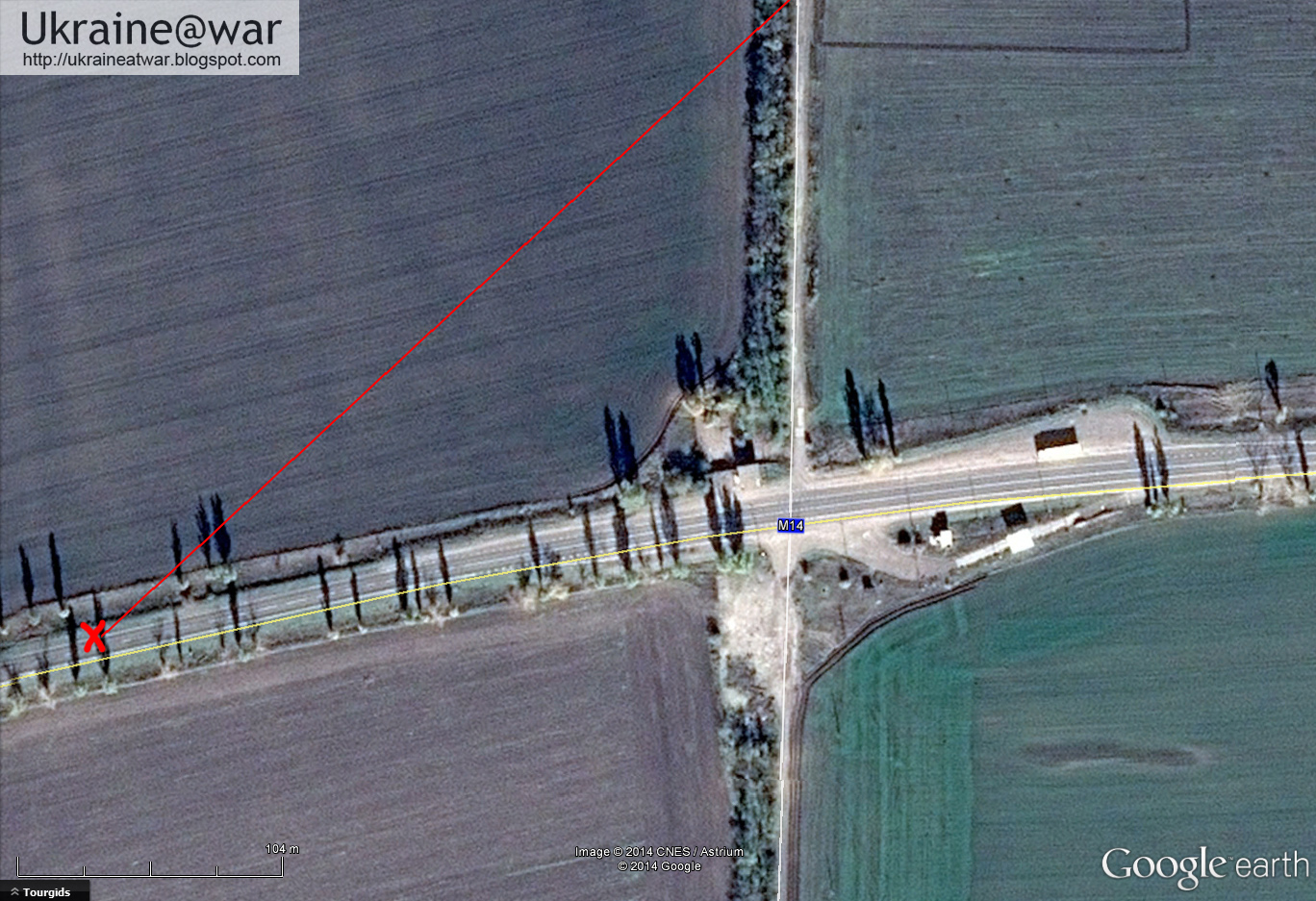 Somewhere along that red line we can find the GRAD.
The last frame where we can see the burning engine of a rocket is at 0:06.
At 0:21 we can start hearing the engines and this stops at 0:29. It means there are 21 seconds between end of firing the rockets and end of hearing them.
Since sounds travels at 340 meters per second, the GRAD is some 7 kms away.
On the map it looks like this: 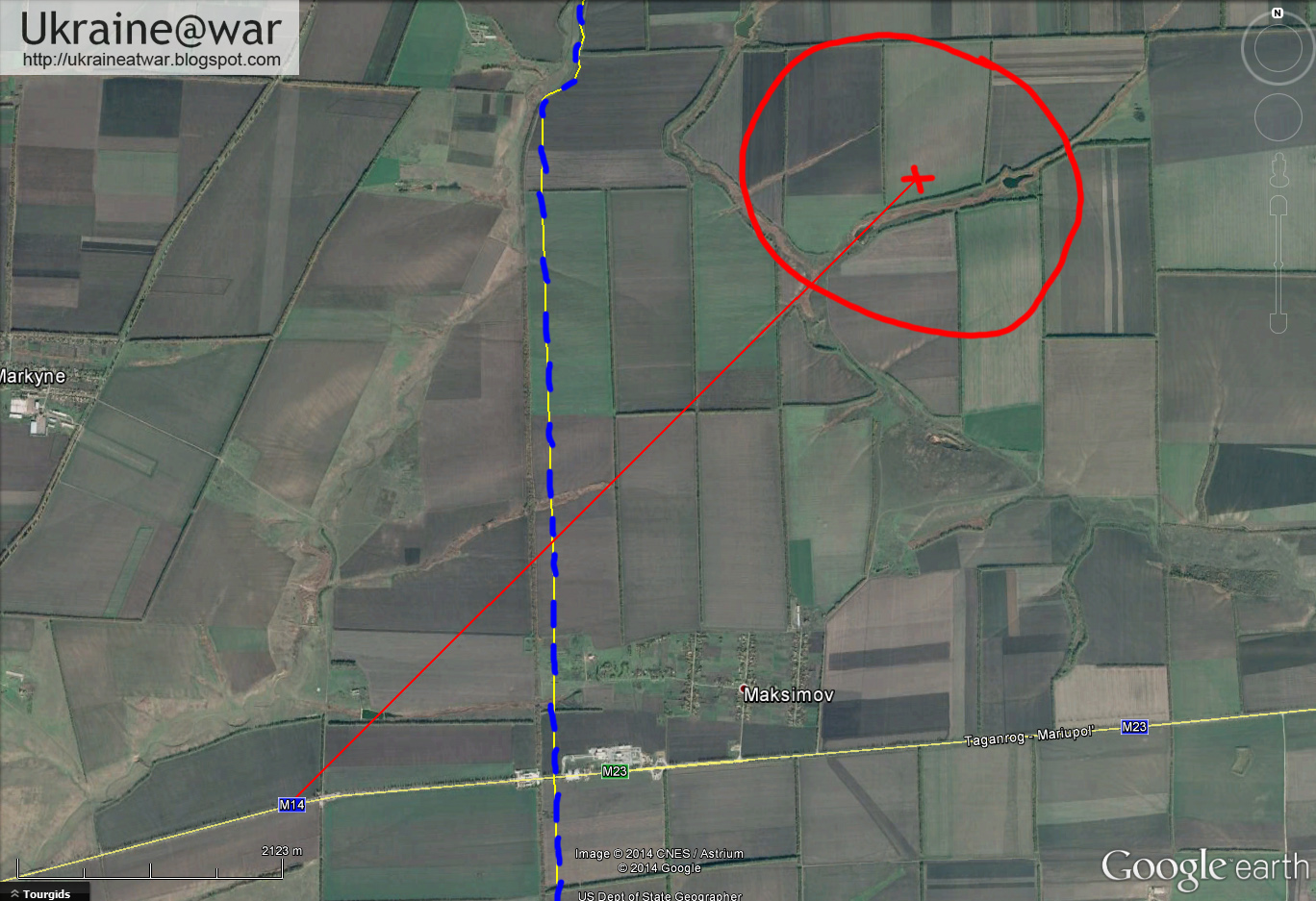 The GRAD was positioned at the red cross. When we take a really huge error margin, the GRAD might have been somewhere in the red circle. As can be seen, this is well INSIDE Russian territory.

When we look at what the GRAD is firing, we see this: 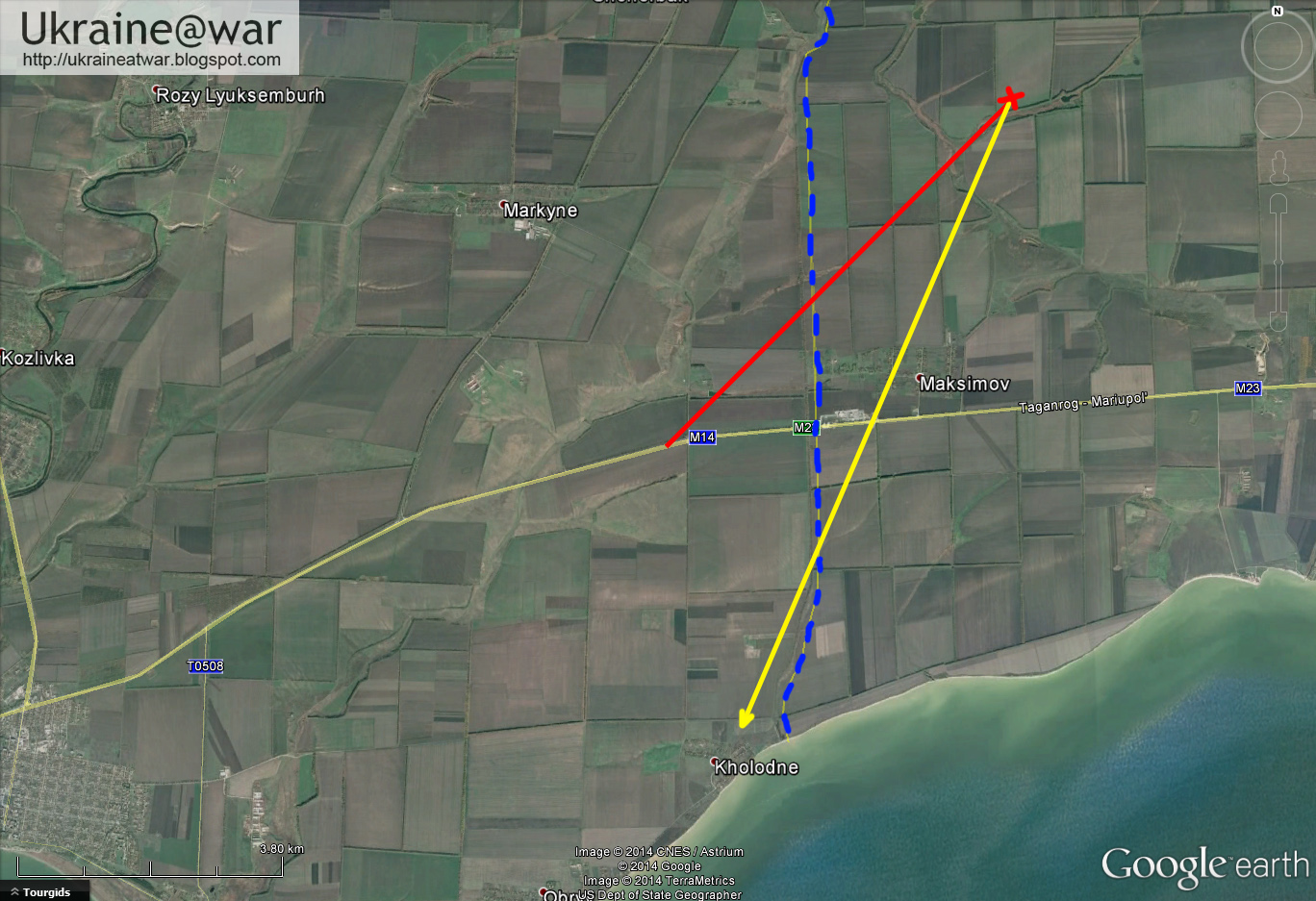