This 30 minute video shows a group of Russian terrorists operating in East-Ukraine:

A post on VK.com from September 1st has a similar shot as in the video and therefore concerns the same event: 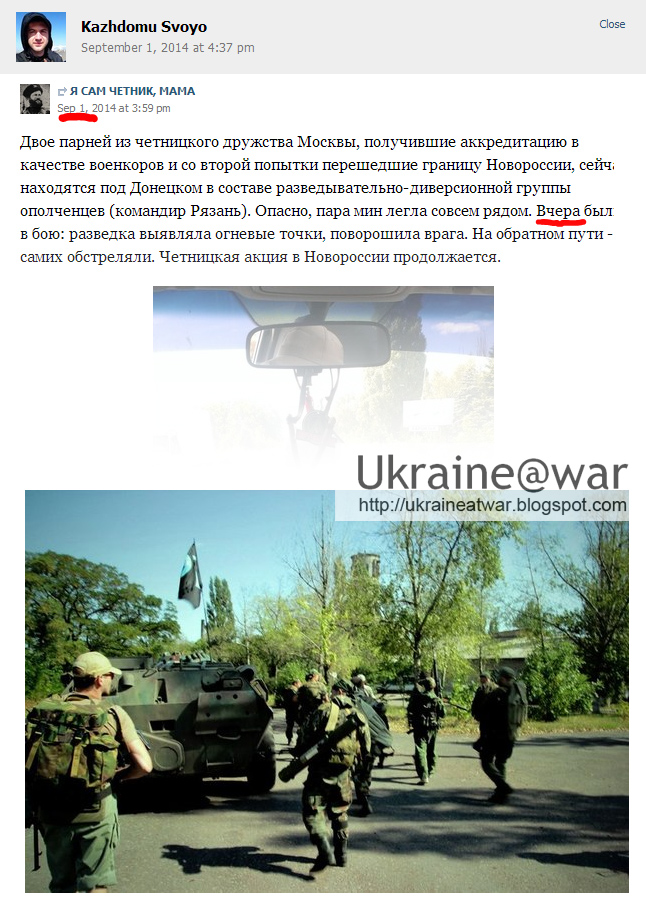 It talks about 'yesterday', so the event took place on August 31st.

This is the translated text:


Two guys from the Chetniks Brotherhood of Moscow received accreditation as military reporters and at the second attempt crossed the border of New Russia, are now near Donetsk as part of reconnaissance and sabotage militia groups (the commander of Ryazan). It's dangerous here, some mortar impacts were very close. Yesterday we were in battle: our intelligence identified enemy firing positions, stirring them up a bit. On the way back we got under fire. The Chetniks campaign in New Russia continues.


We have been able to identify some of the locations in the video. 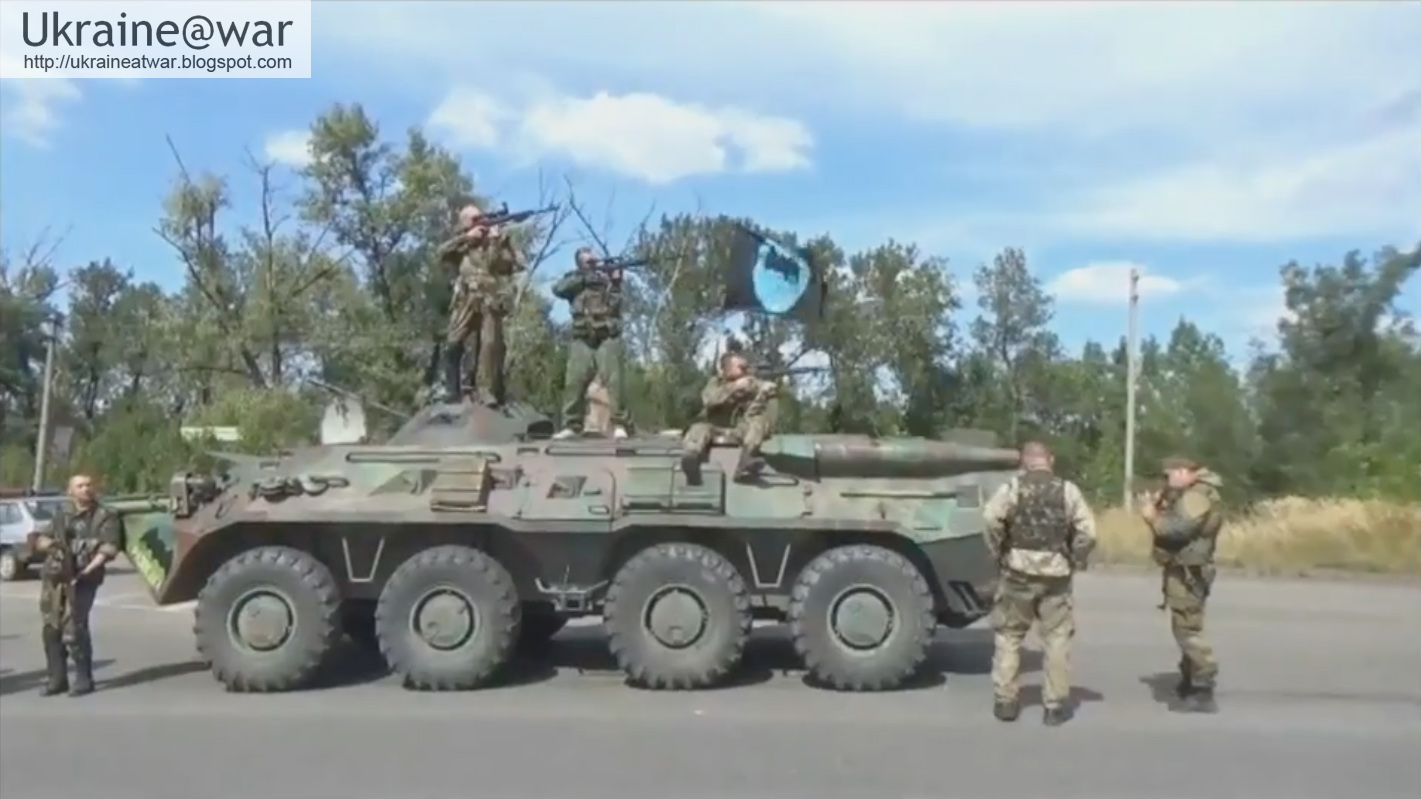 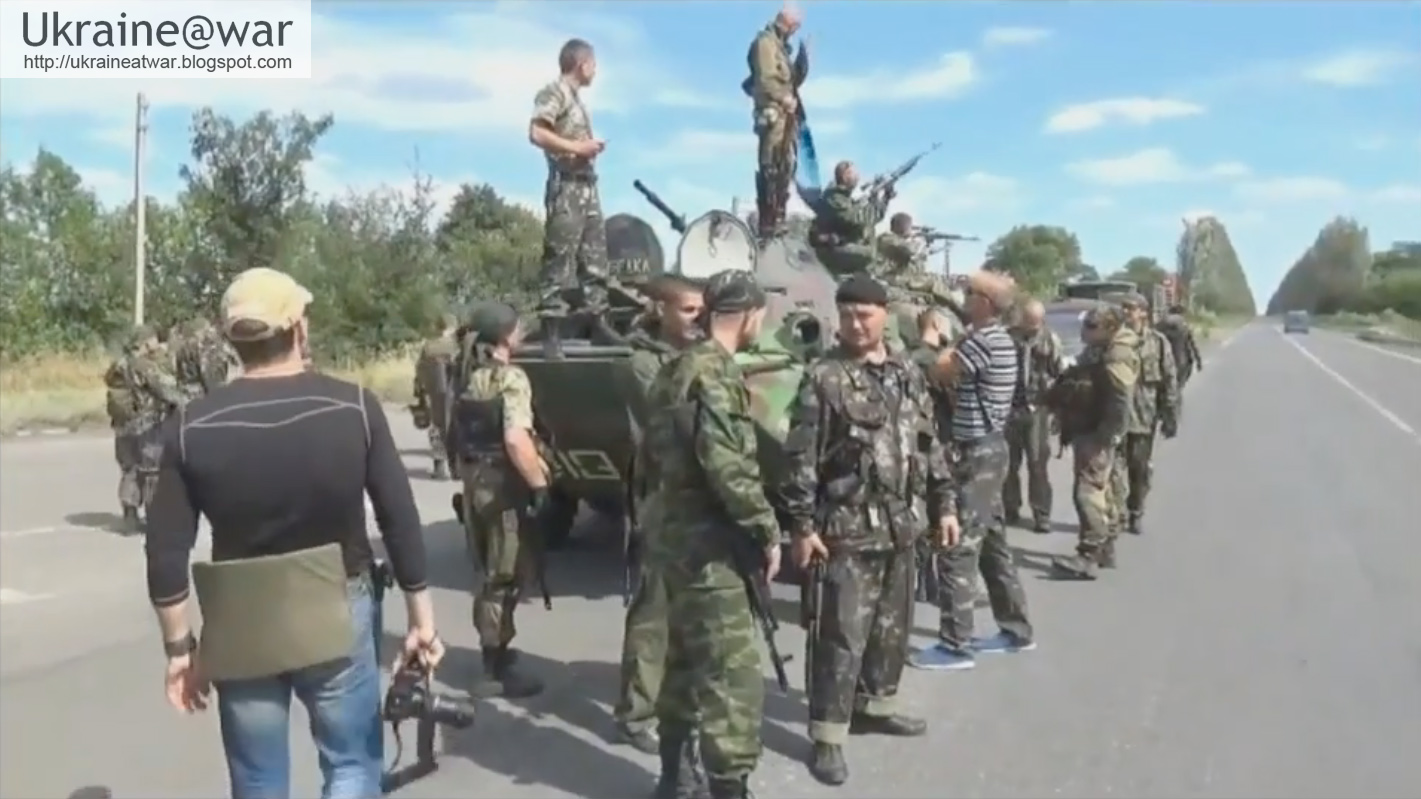 This location can be found here: 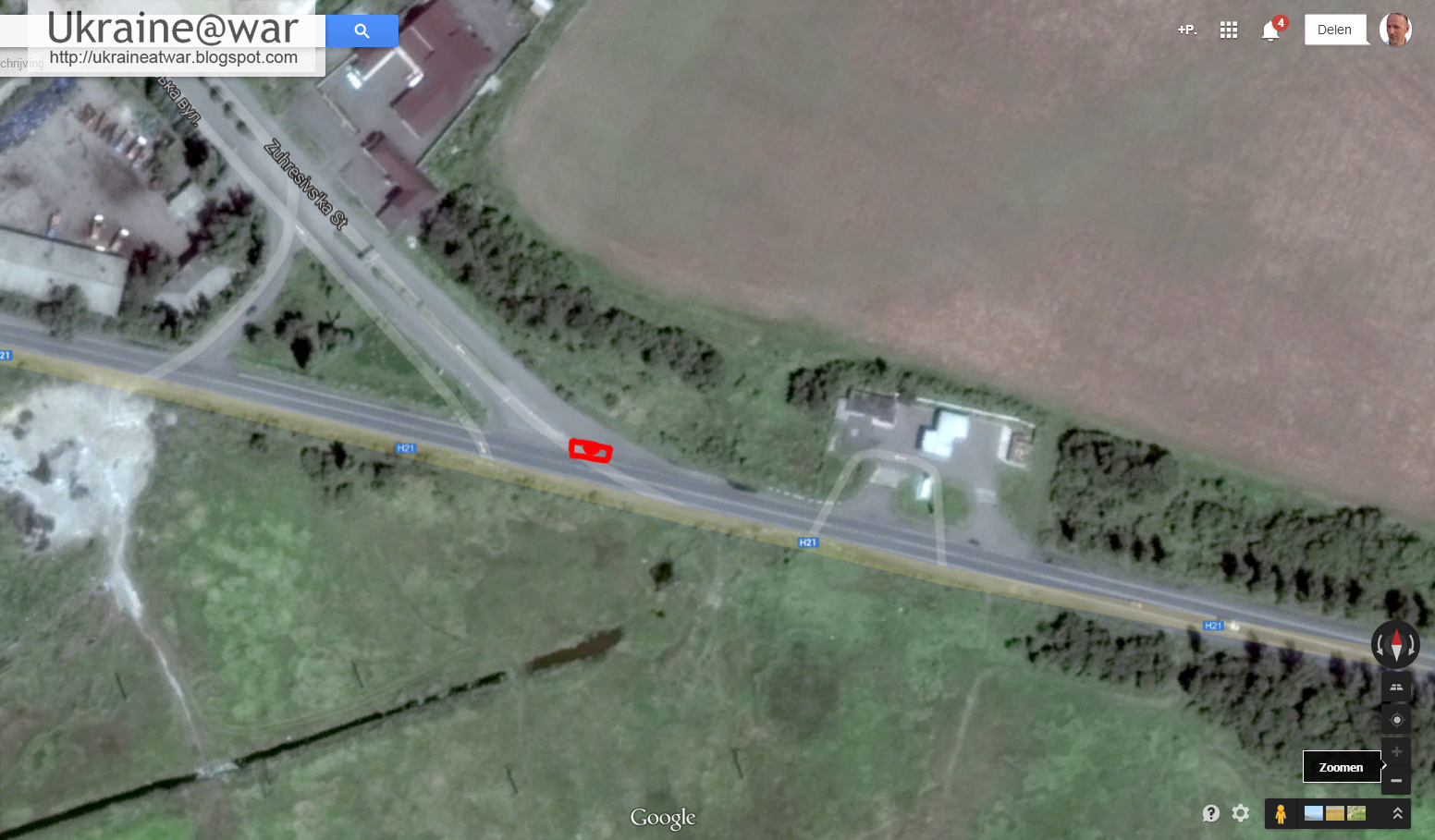 Starting from 6:00 there is a continuous operation. 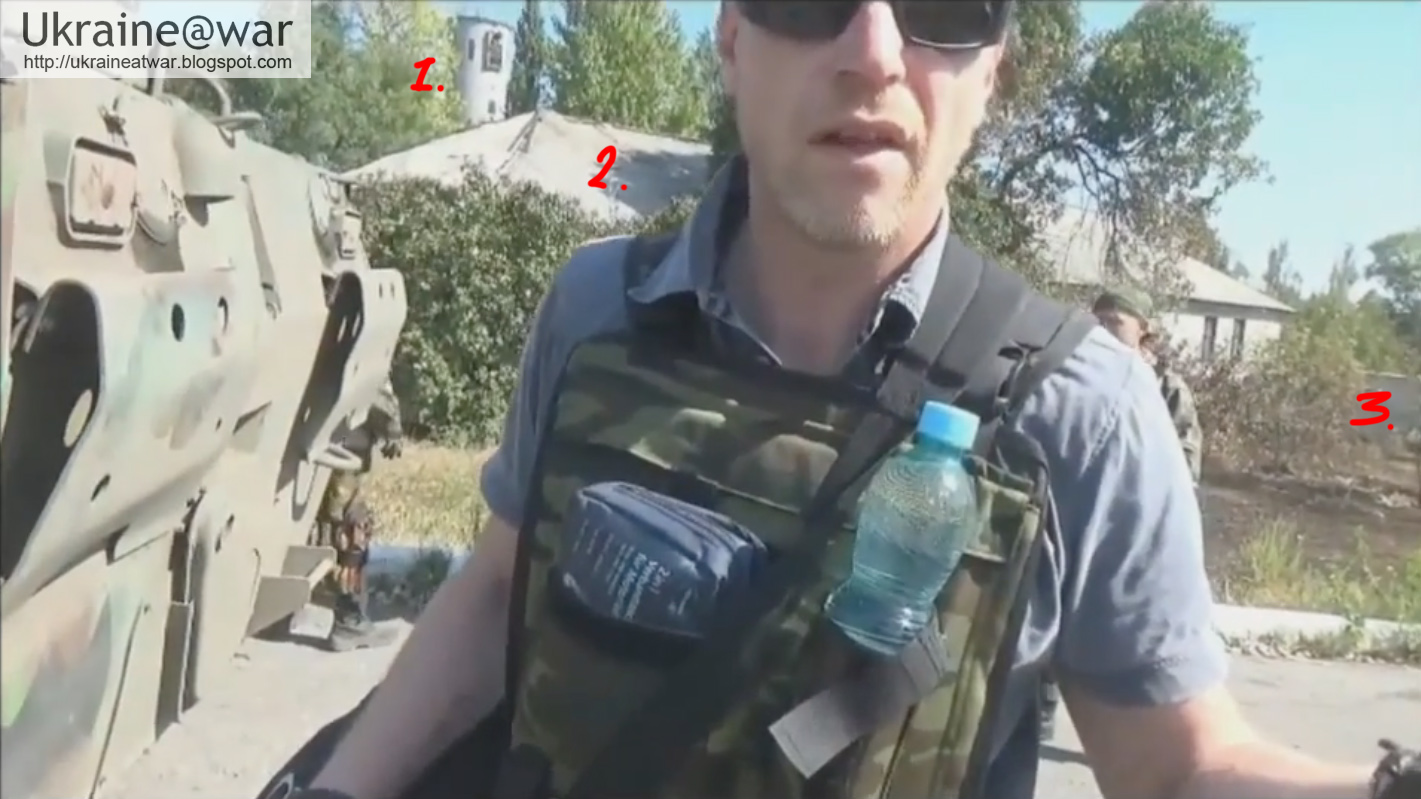 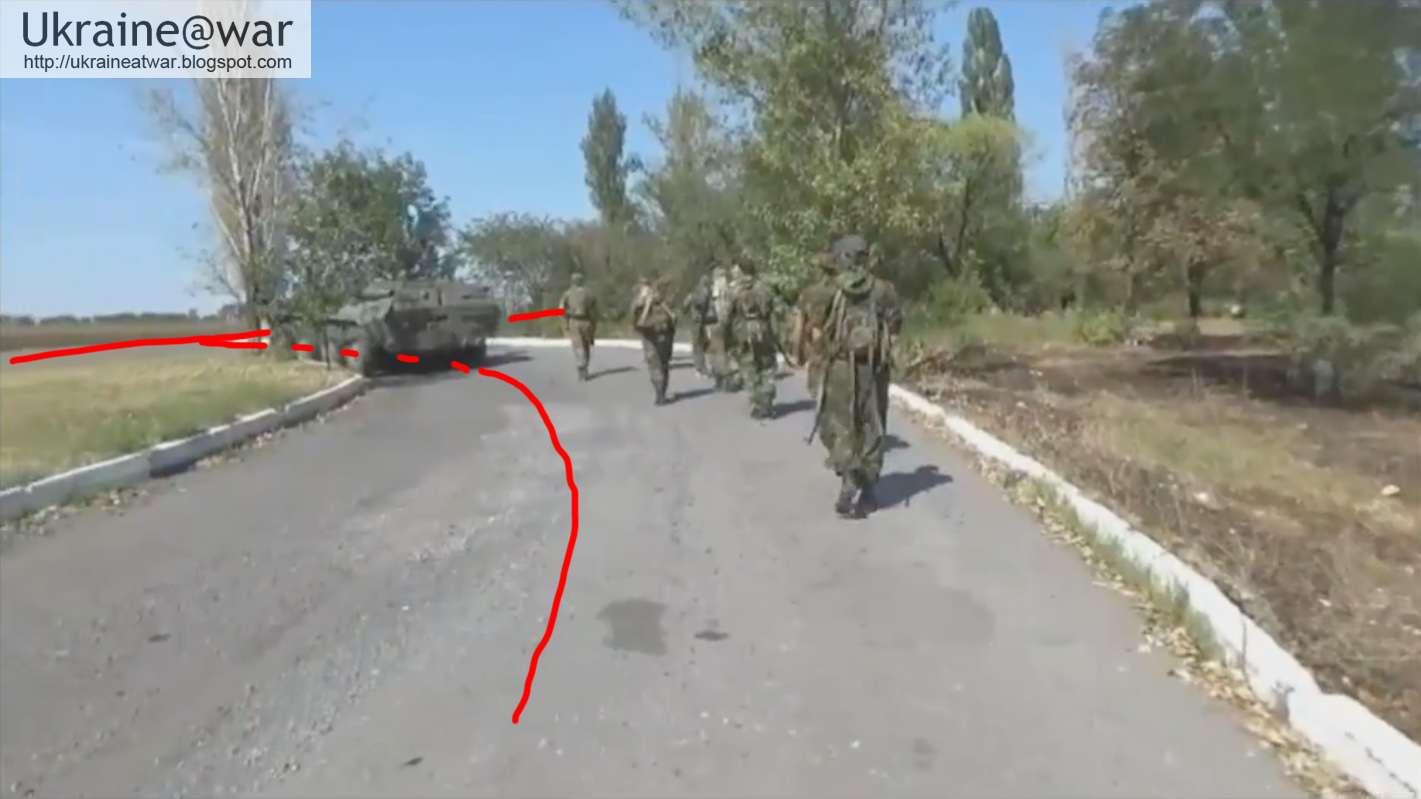 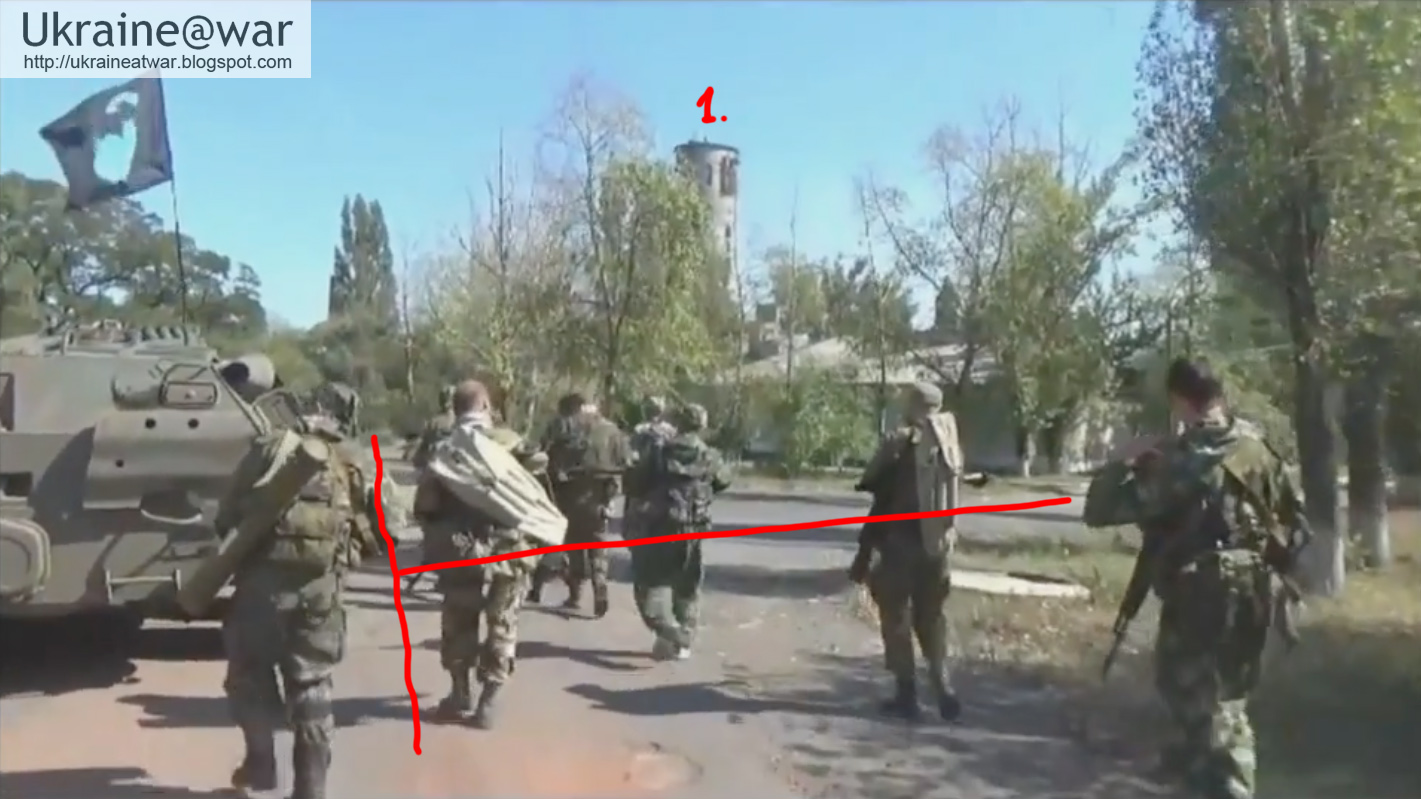 This watertower (#1) can be seen here, together with the other elements: 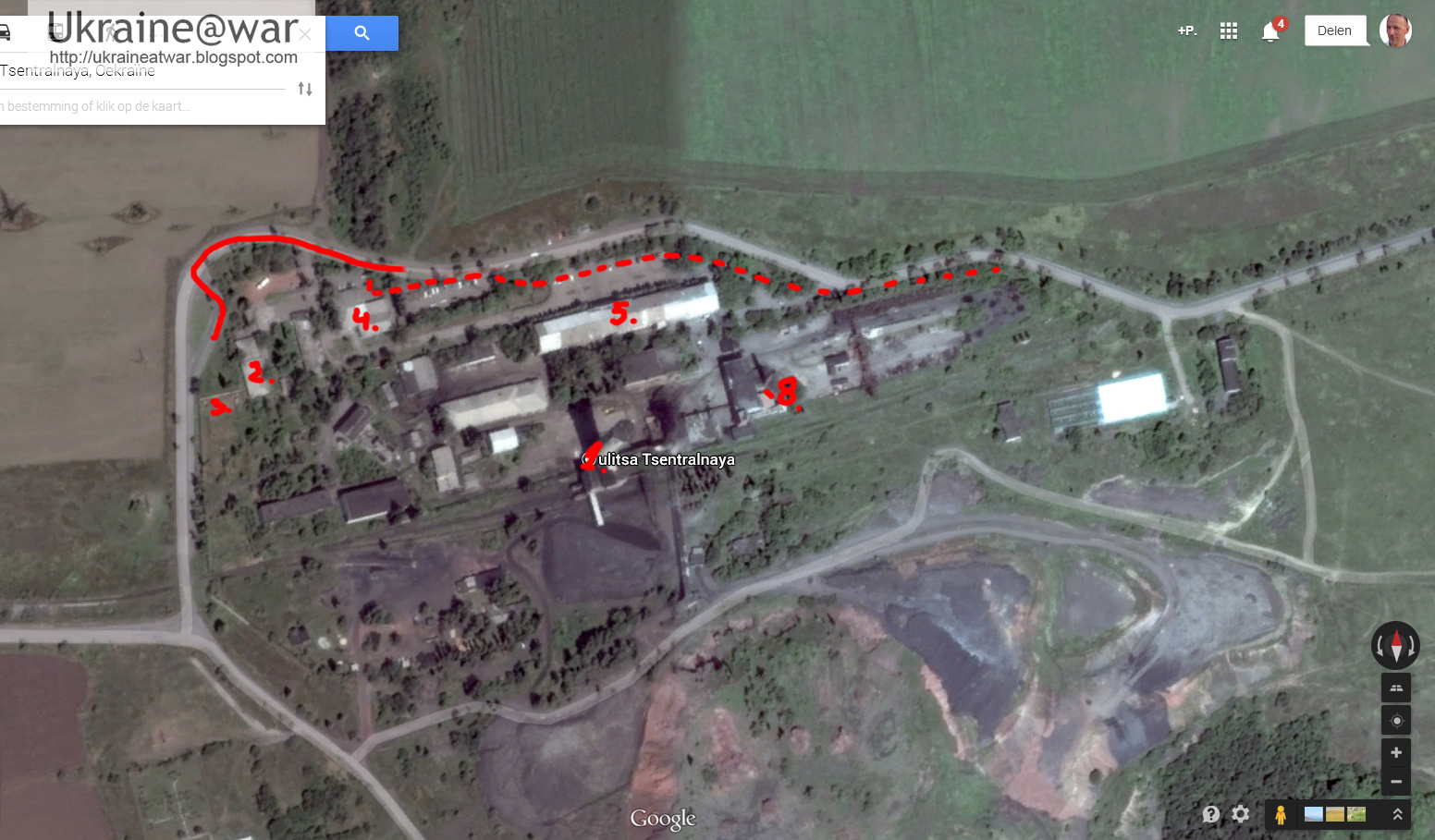 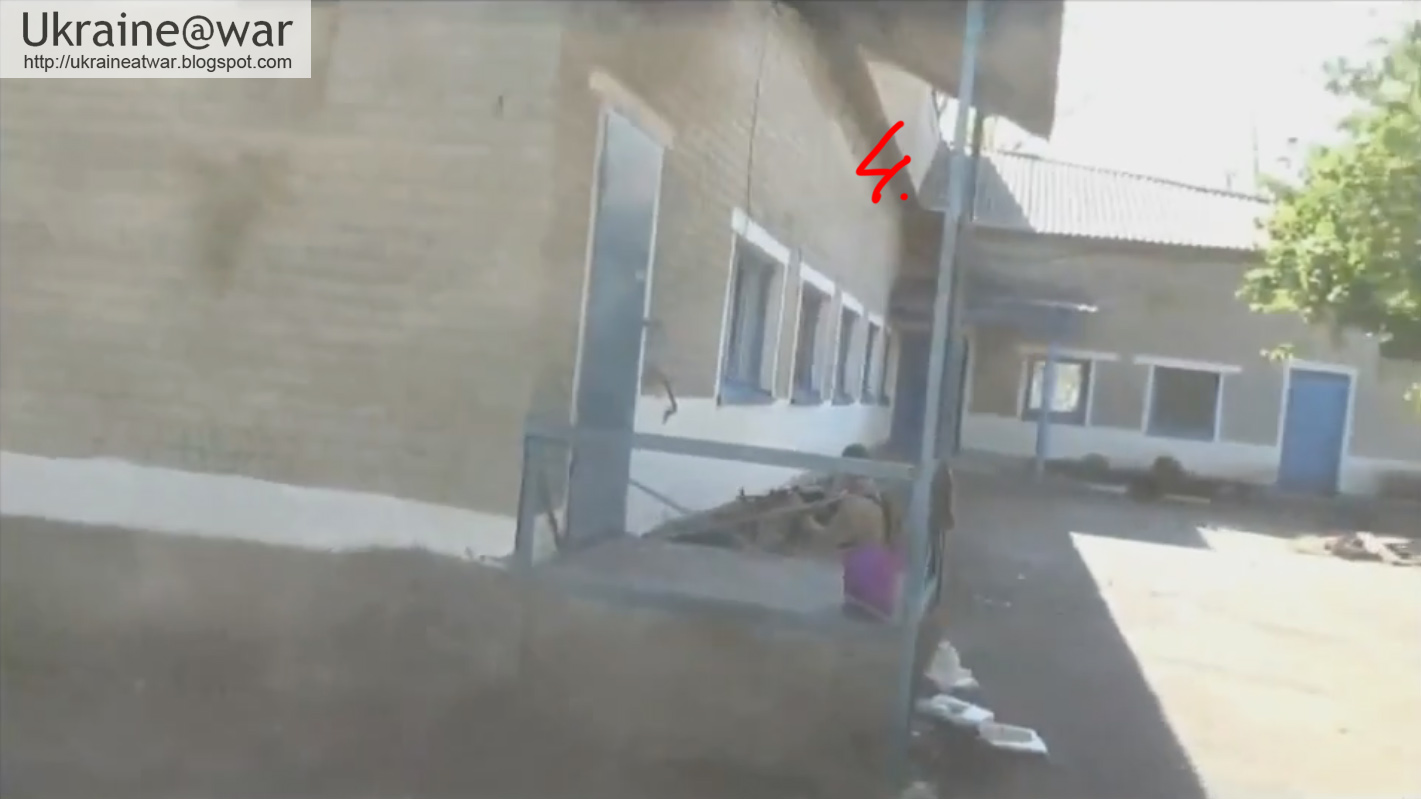 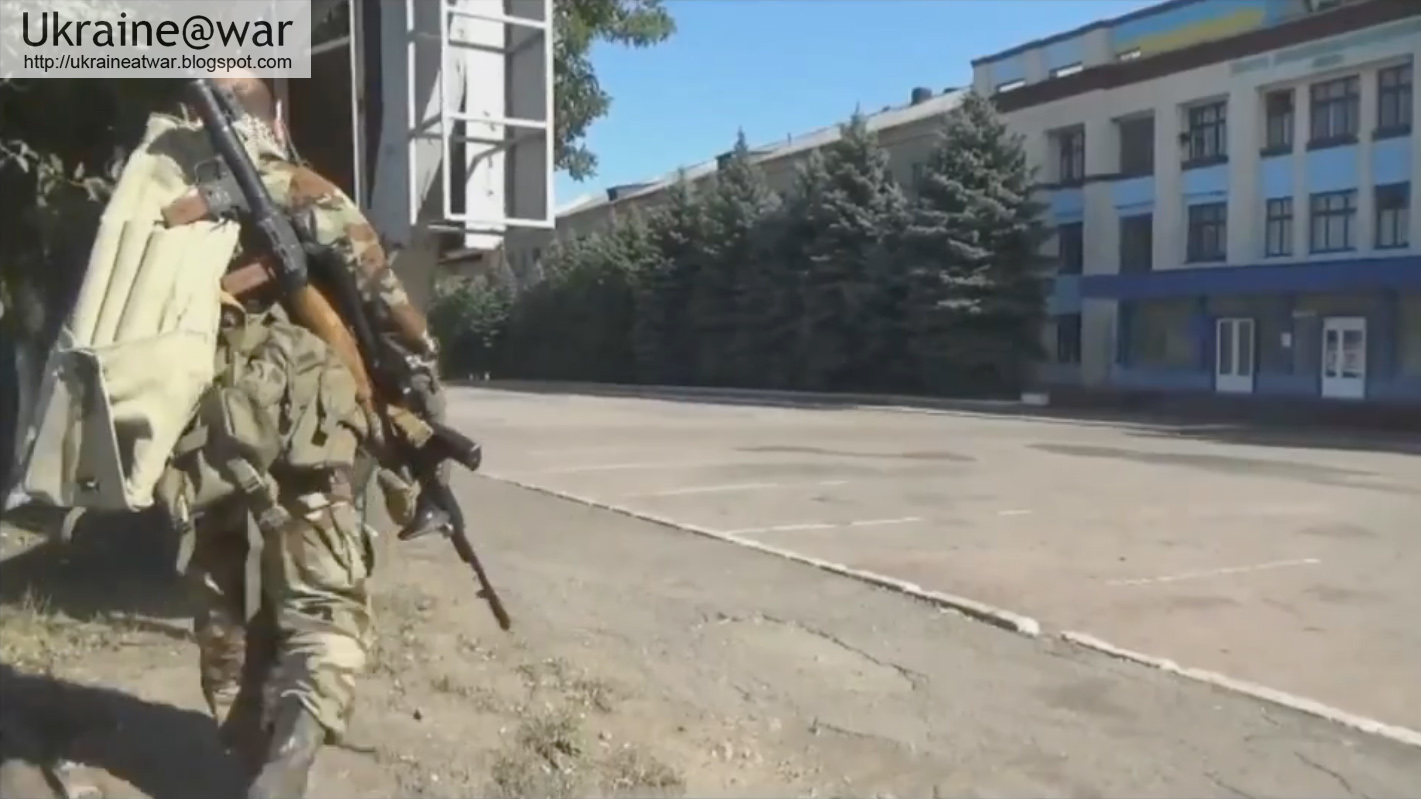 Can be seen here: 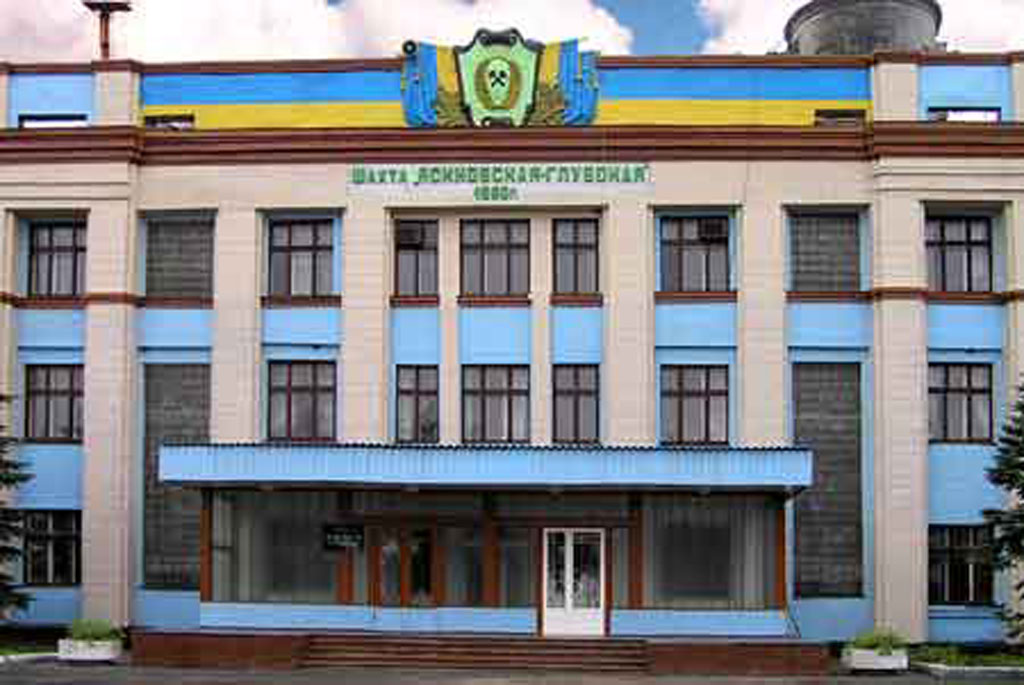 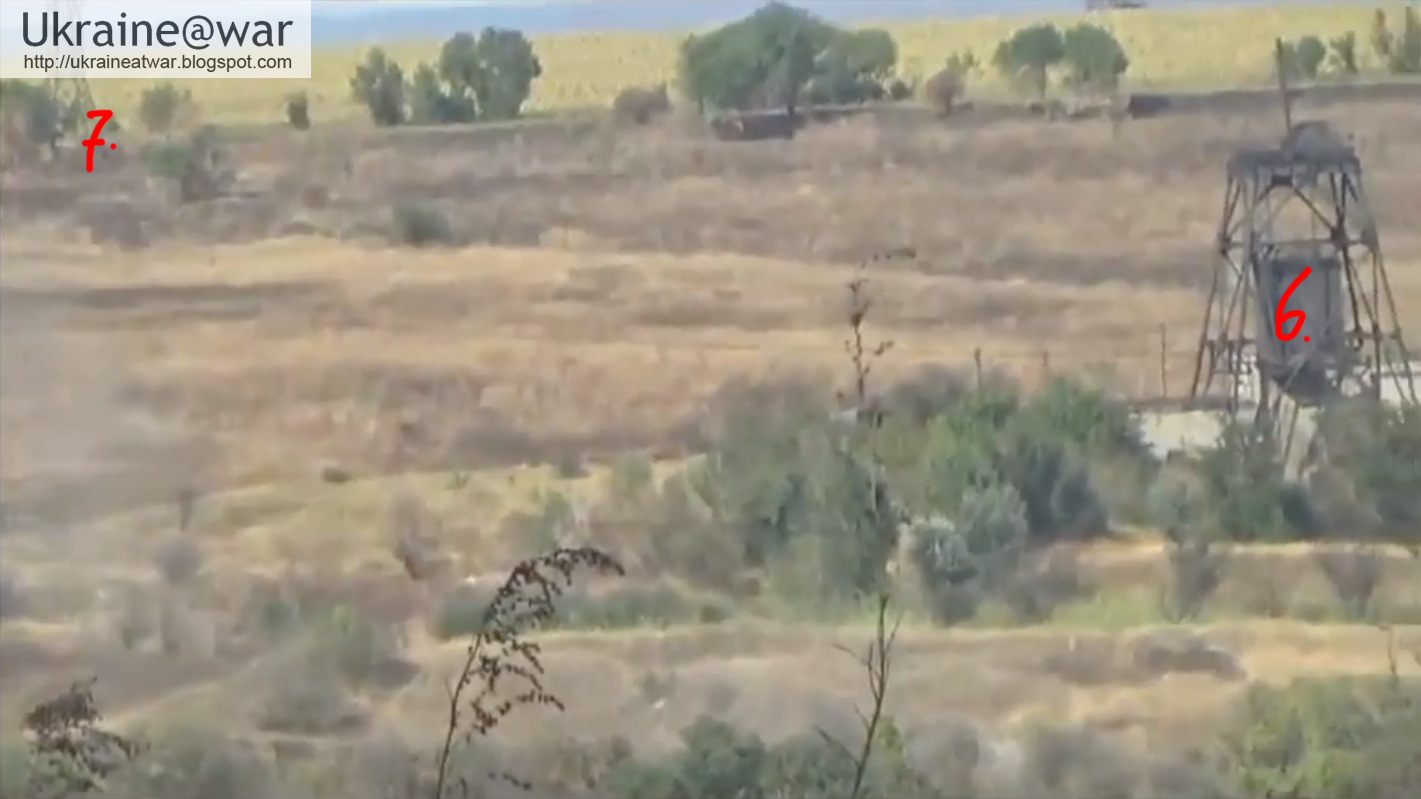 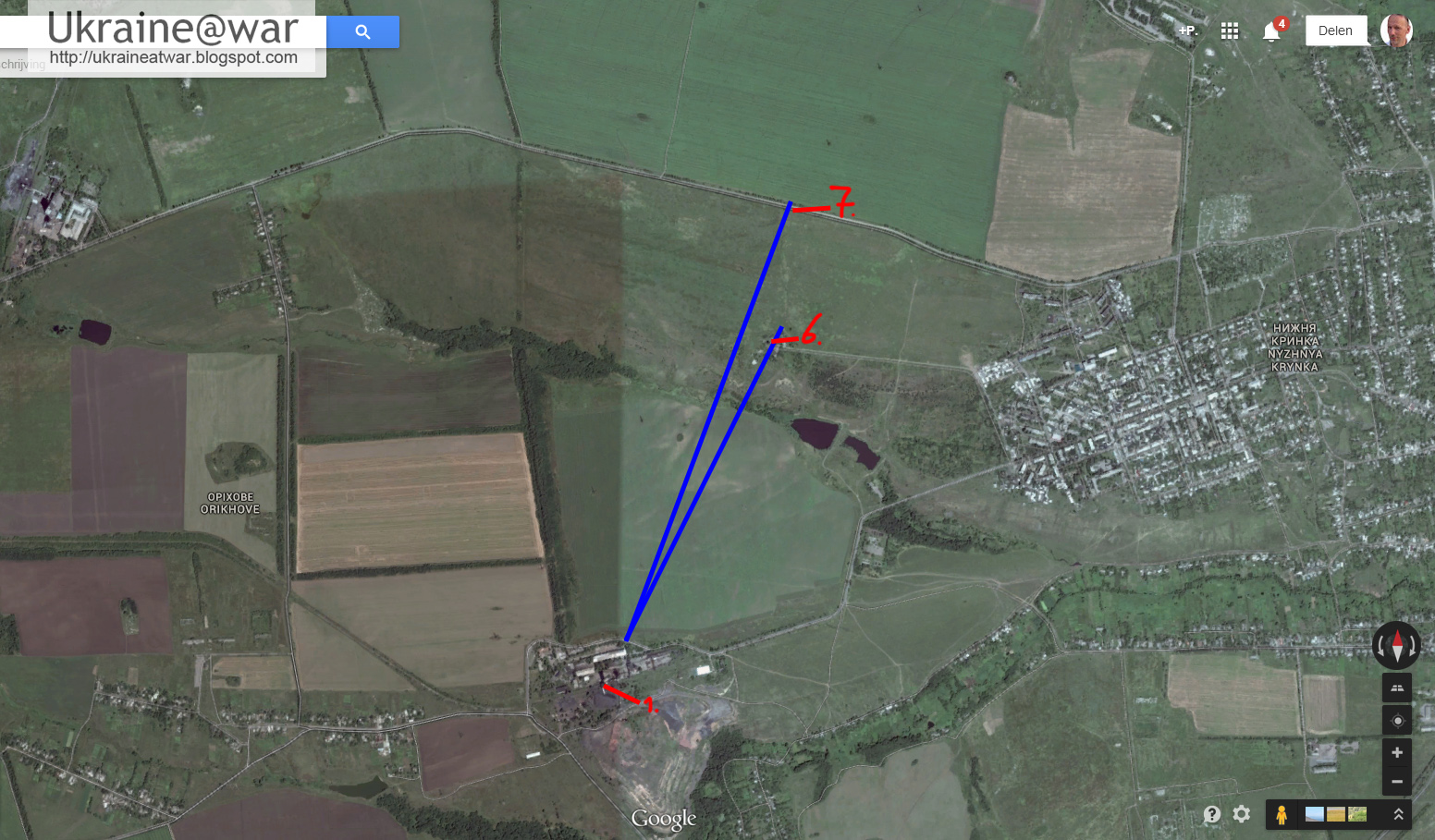 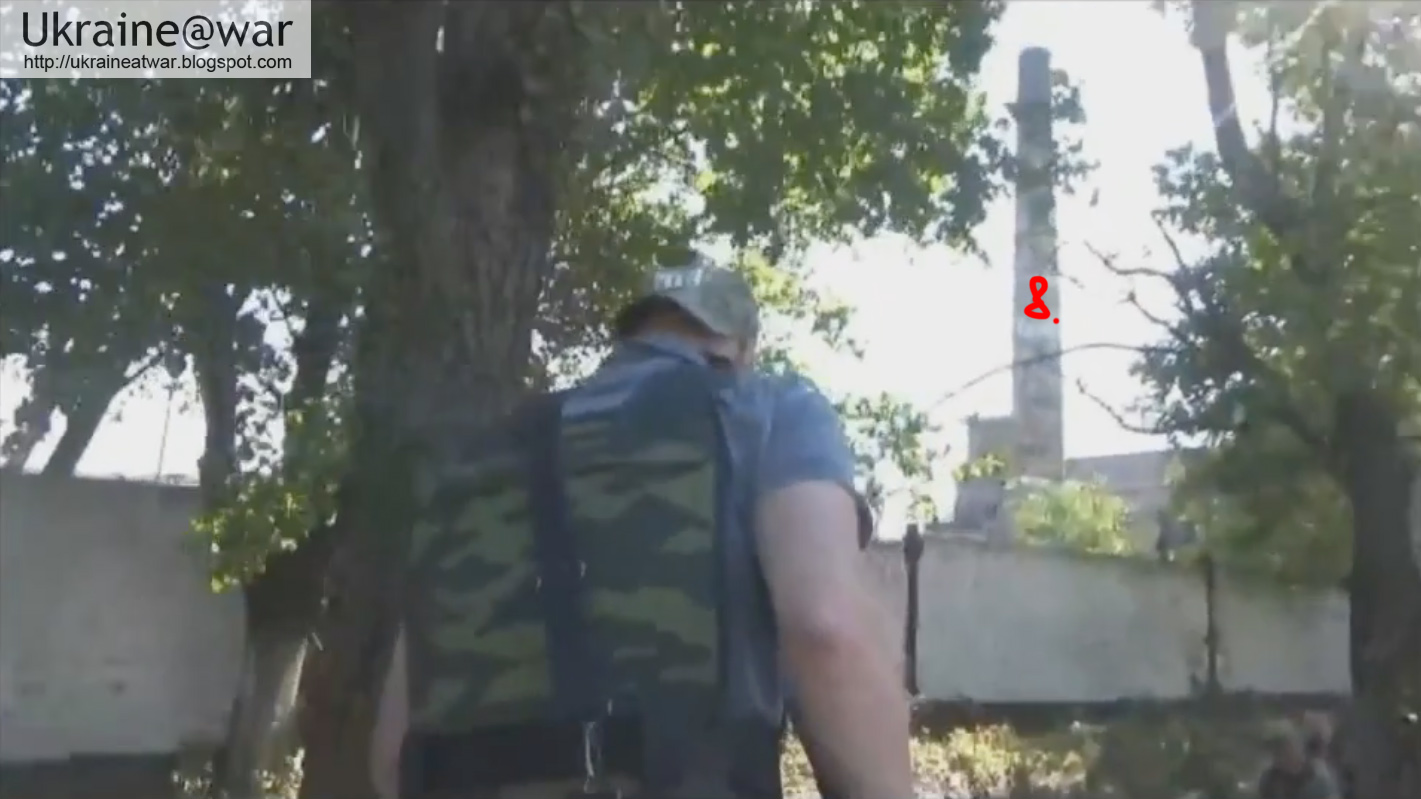 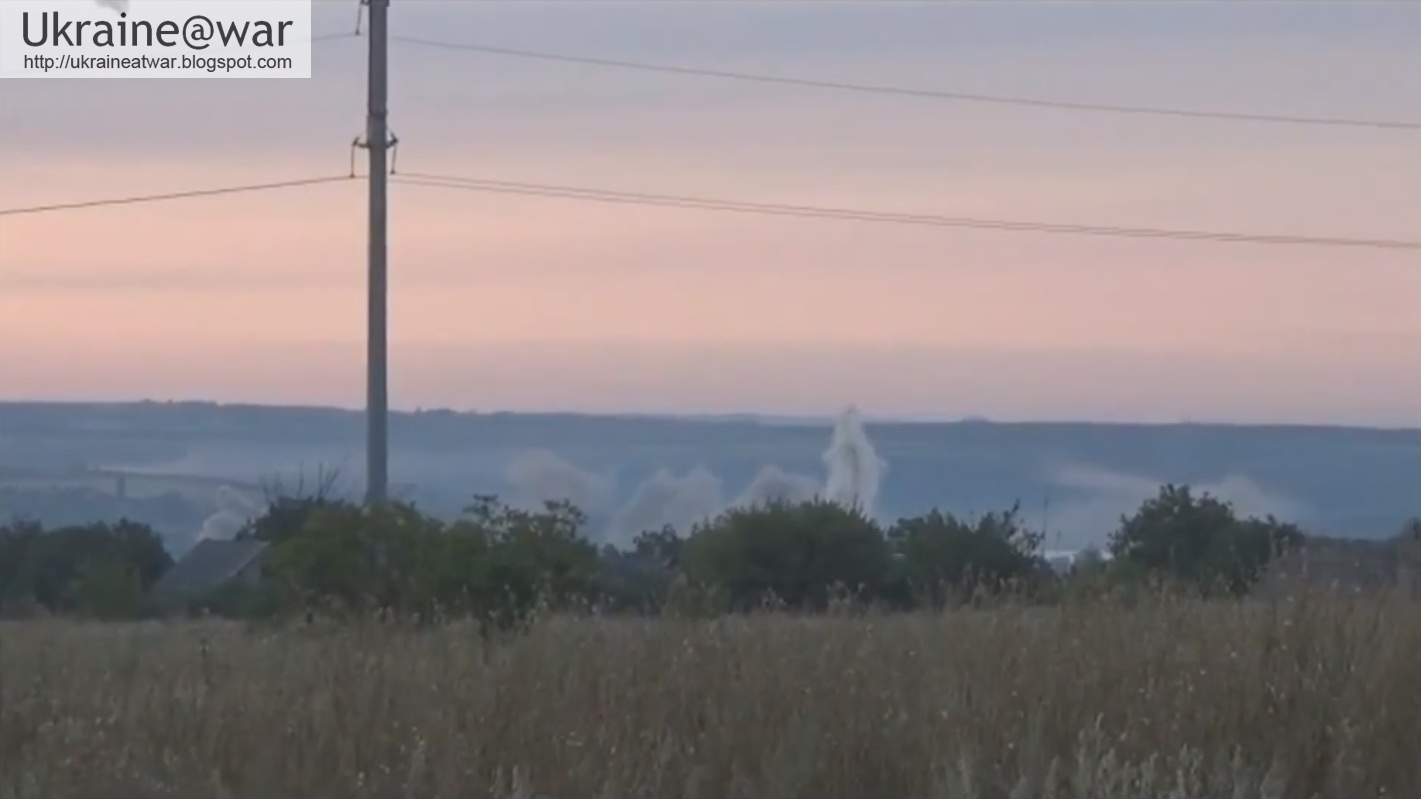 But in this screenshot it landed into the water, because the 'smoke' does not drift away, but falls back to the earth.

It seems the mortar fire has been successful somehow, because two dead soldiers can be seen.
28:12 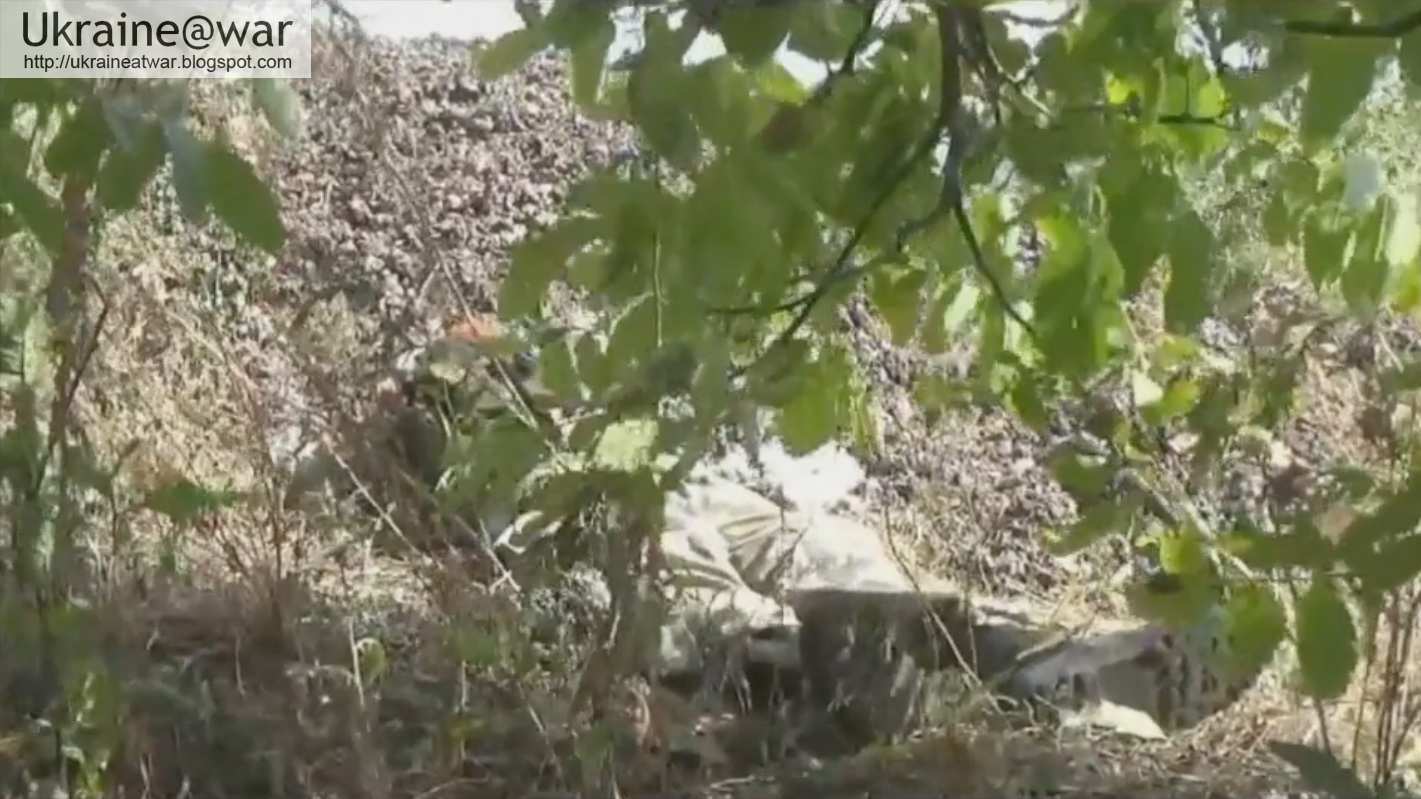 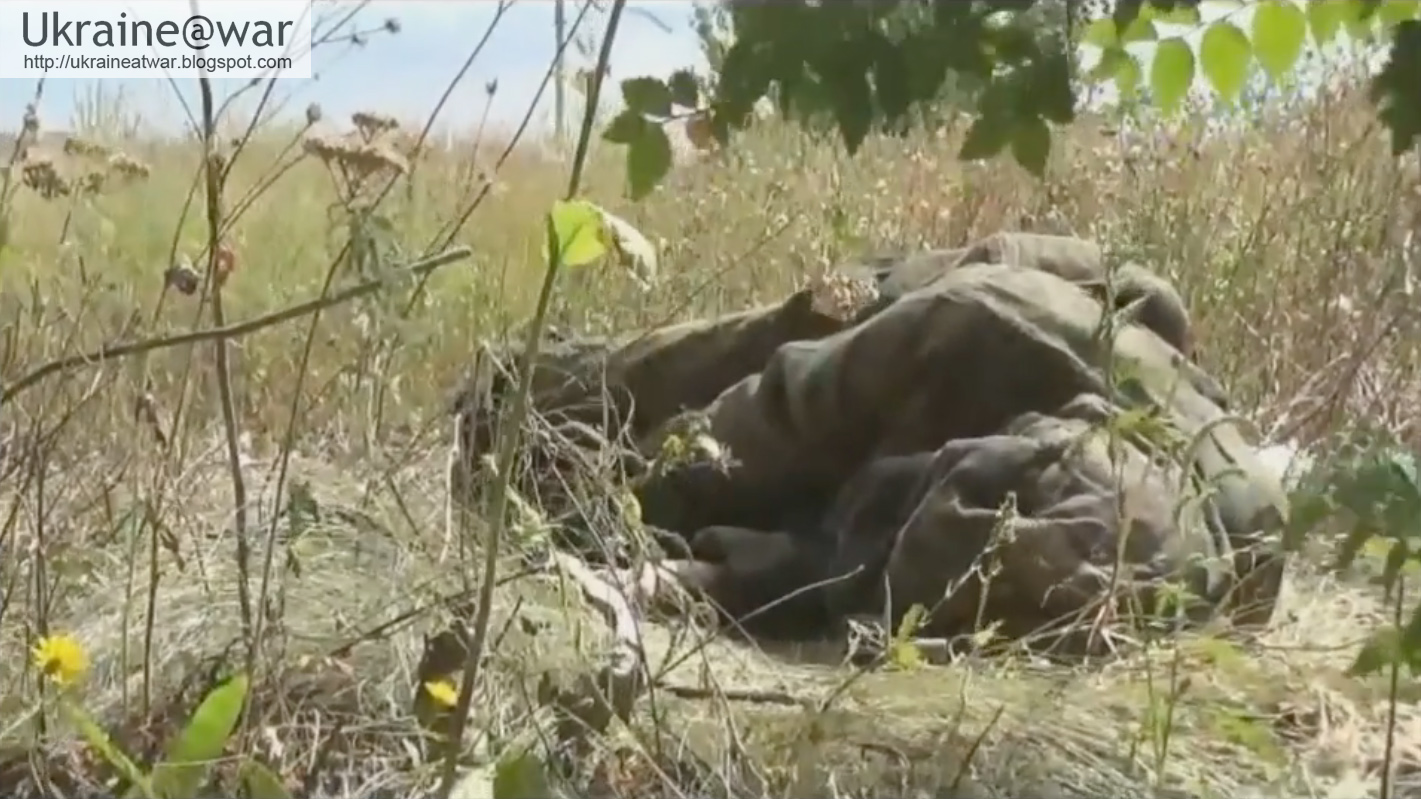 29:06
This seems to have been the location that was under fire: 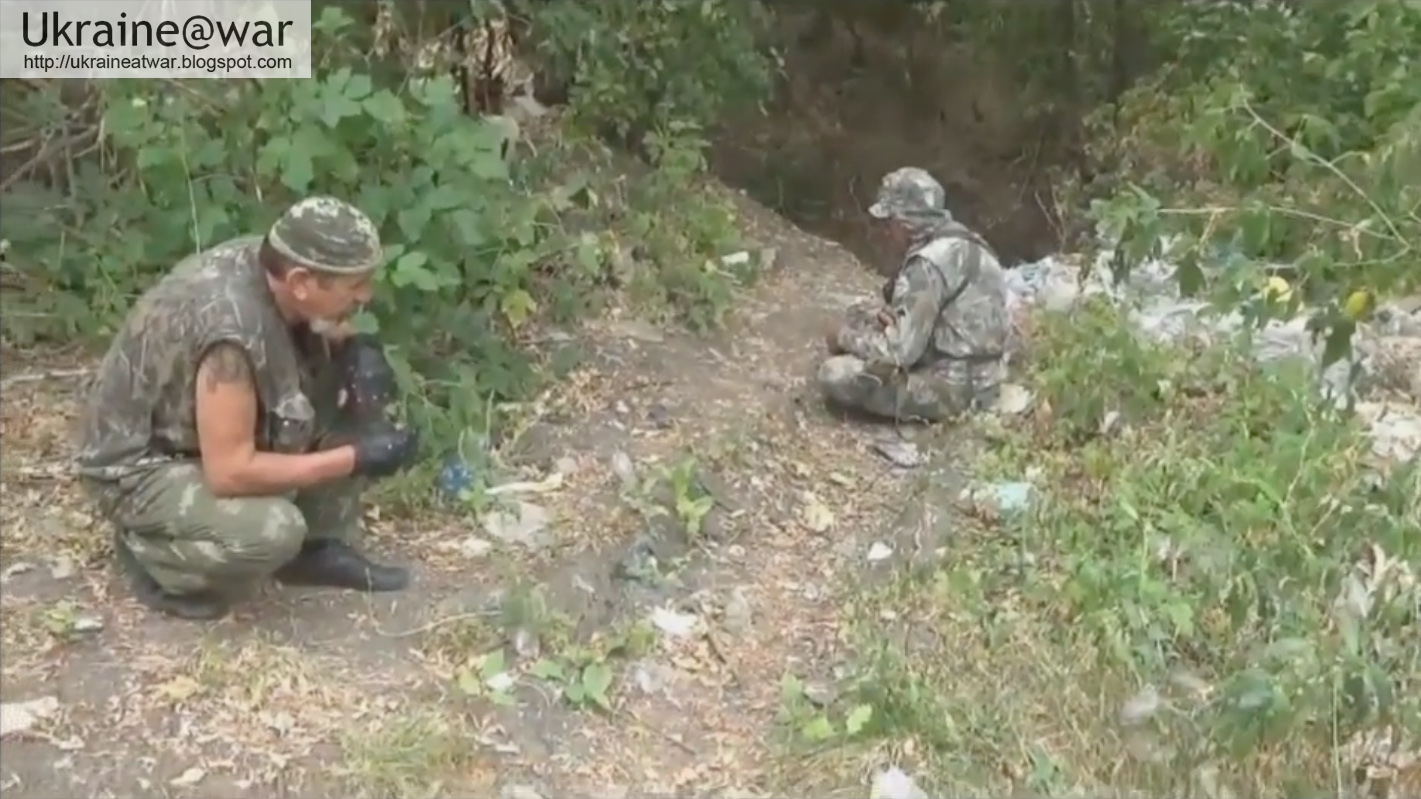 29:16
An unexploded mortar round stuck into the street: 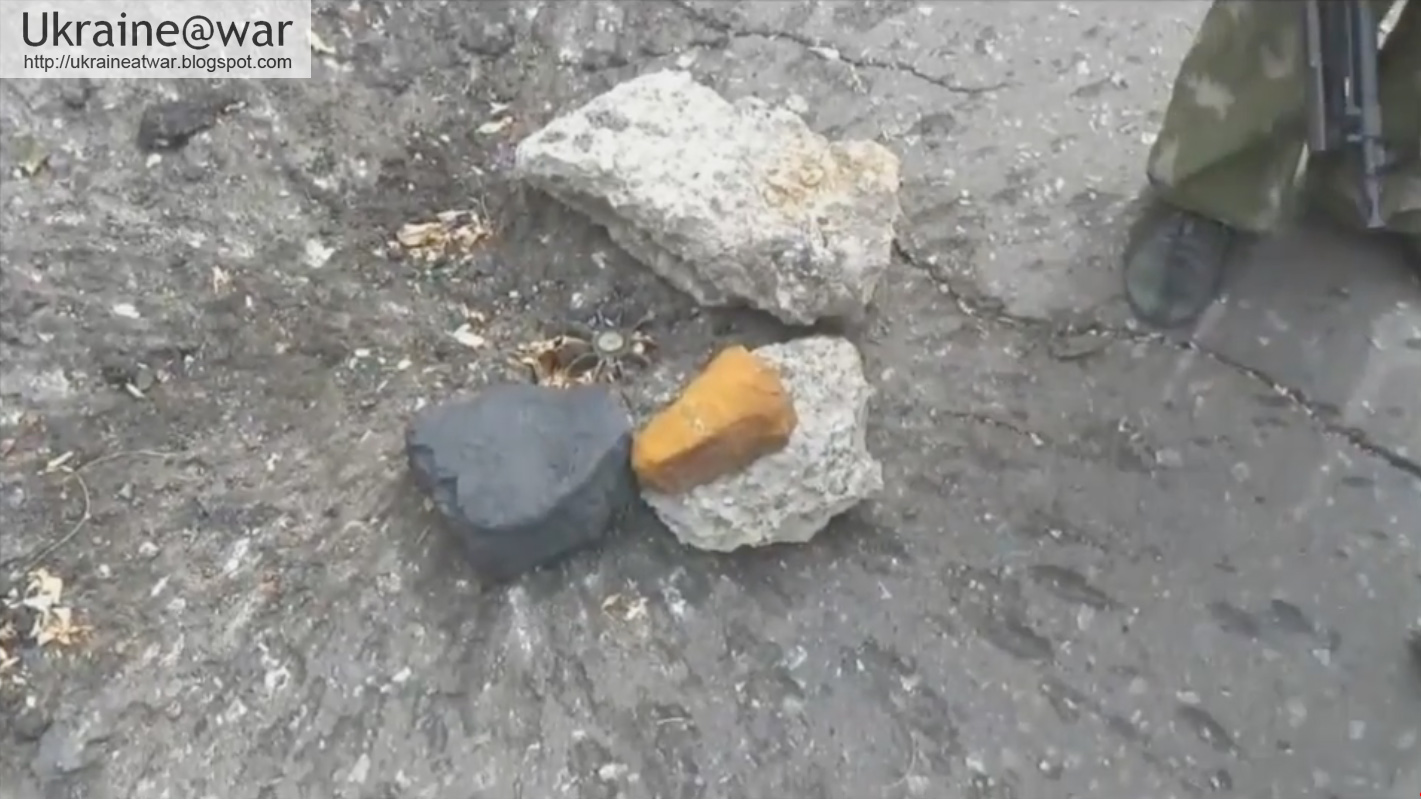 On a larger scale the location looks like this: 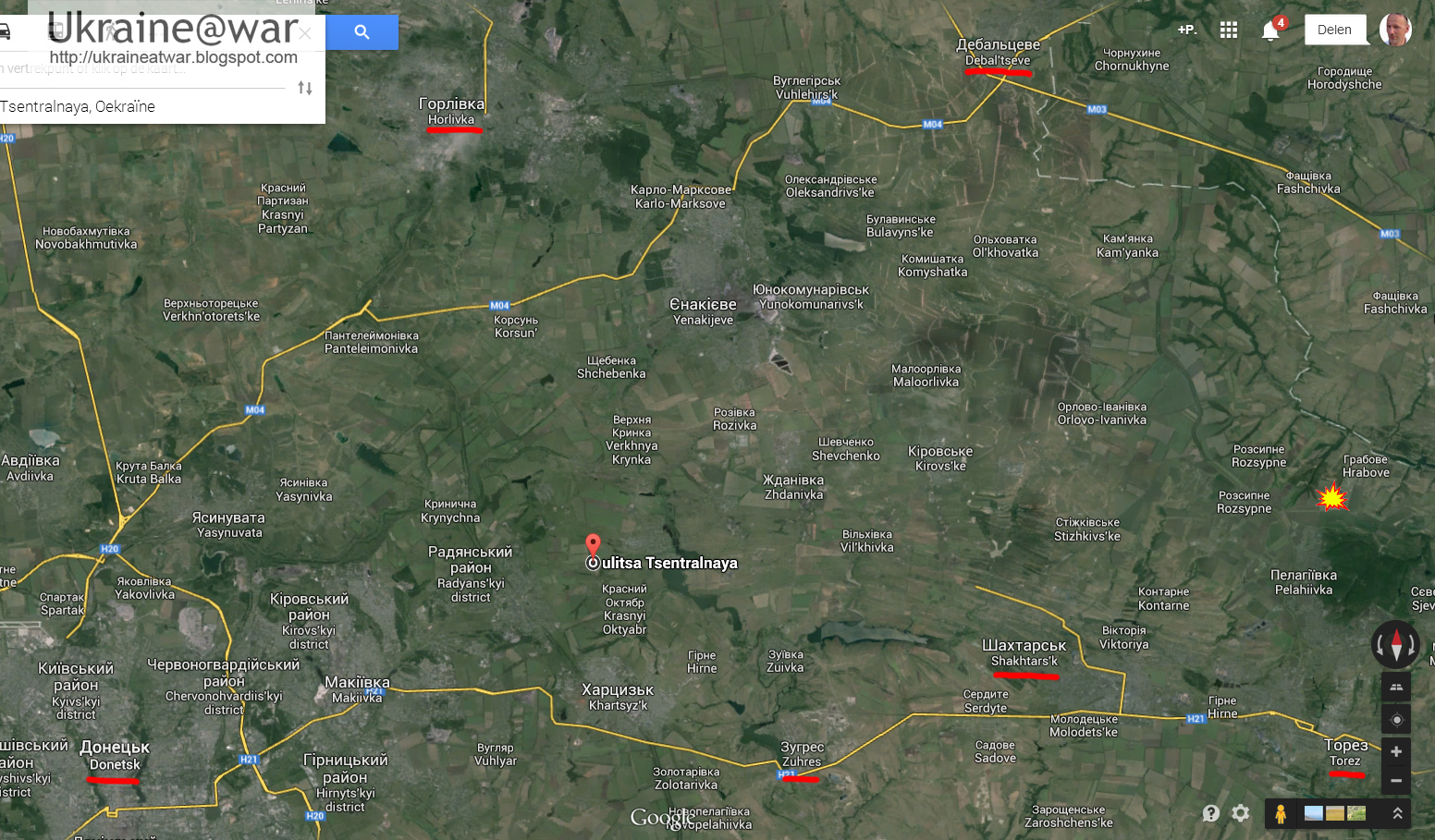 It is in the middle of Russian occupied area. Since it was taken on August 31st this must have been when Ukraine took a lot of territory towards the MH17 crash site. This might have been a forward Ukrainian scout group that came under attack.

The video is very informative about the way these Russian terrorists operate.


Information about the group Ryazan
The group conducting this operation is called "Reconnaissance - sabotage group DPR 'Ryazan'", after the Russian city of Ryazan.

Some members of this group: 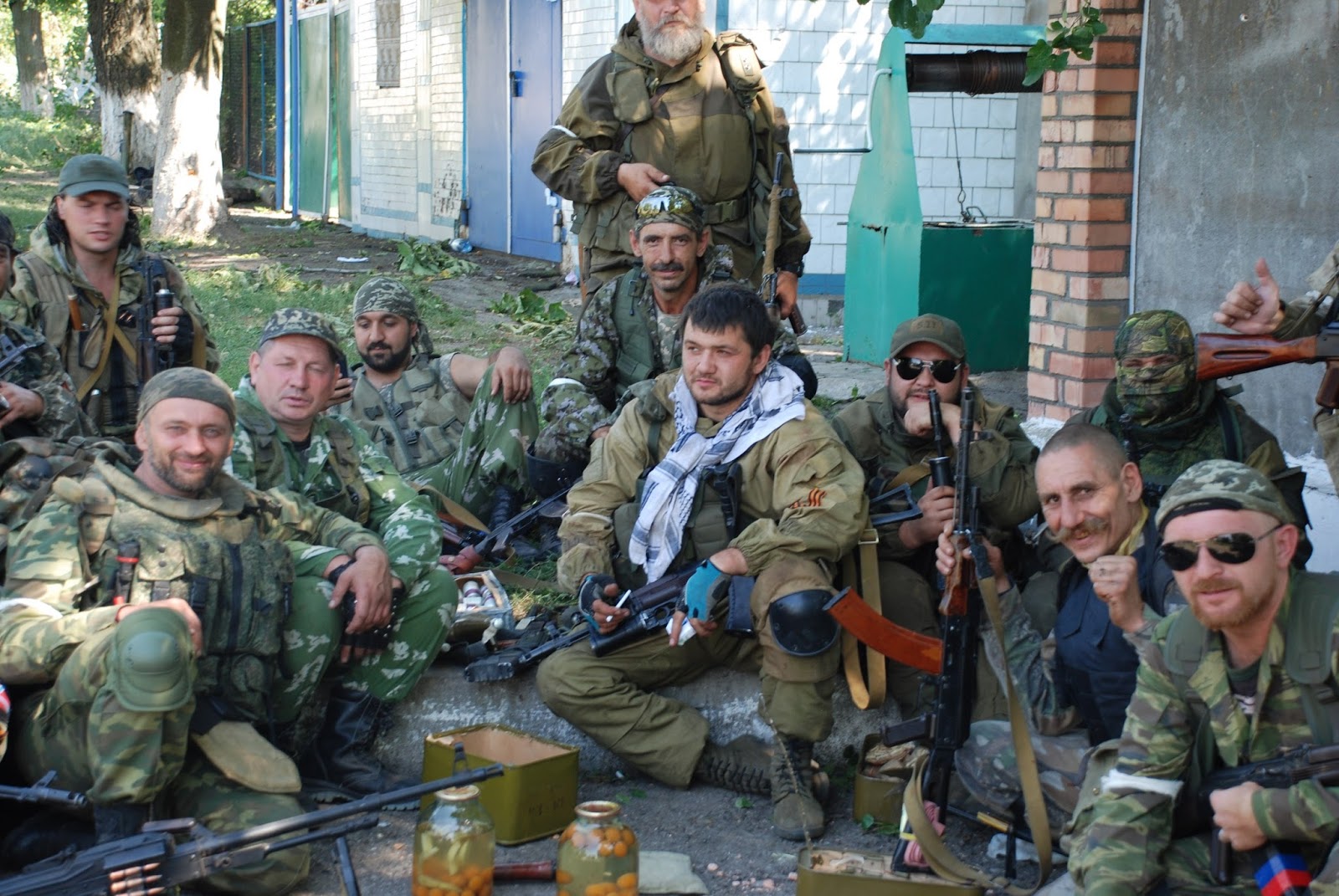 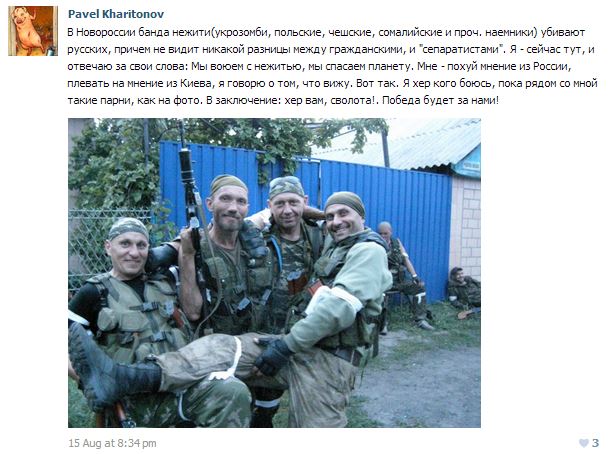 This is the German cameraman and host of the video: 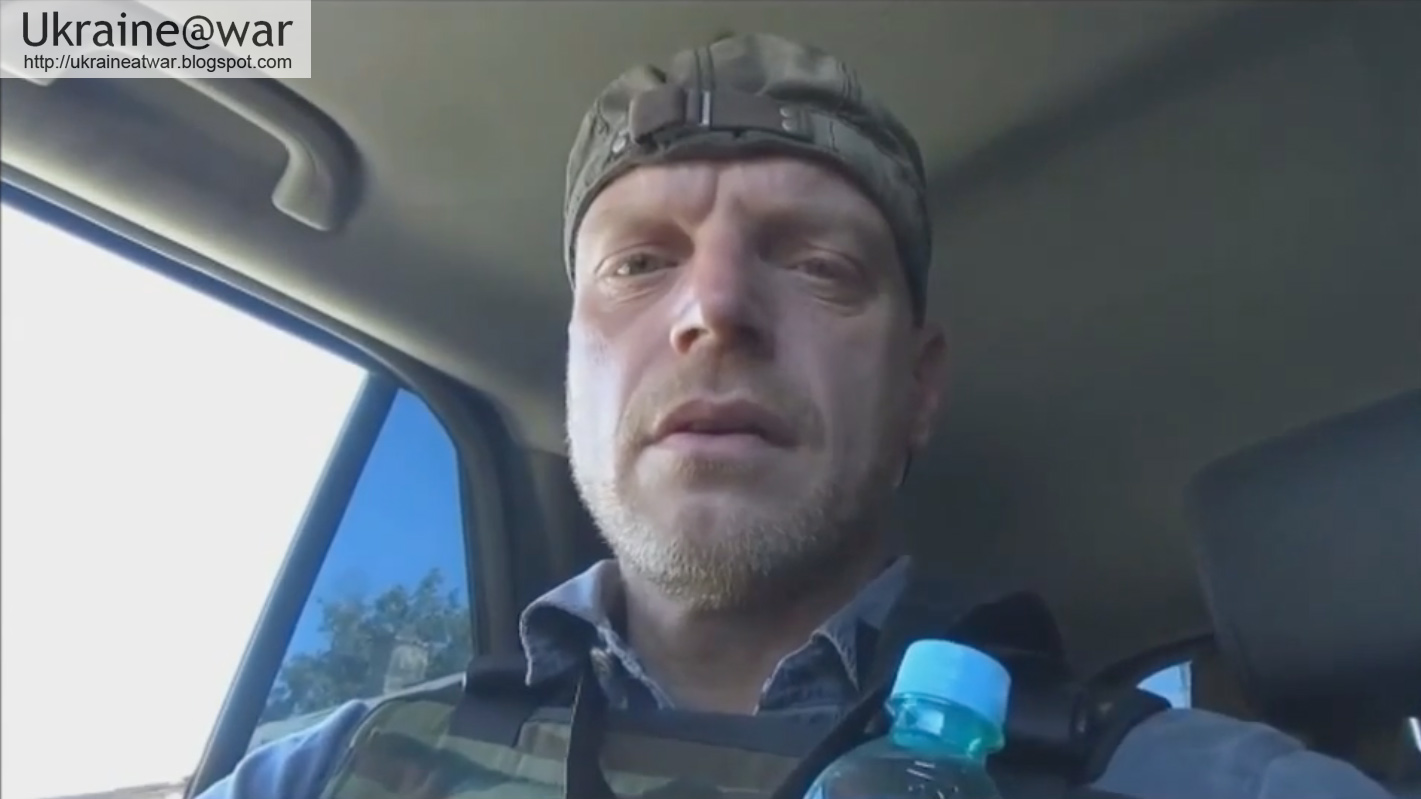 His name is Mark Bartalmai and can be seen in this video too: 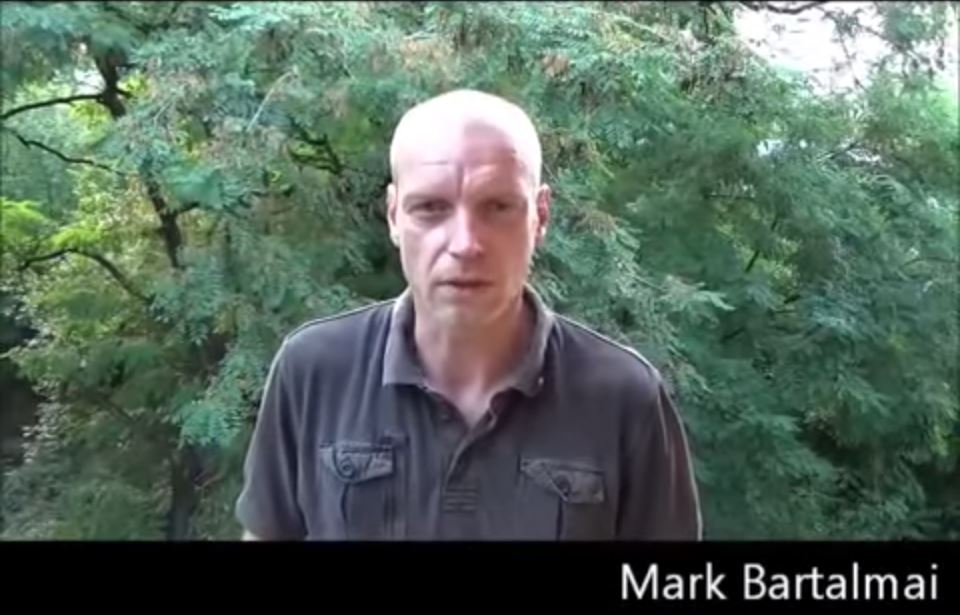 He is like the German version of Graham Phillips... making propaganda movies for Russia.


Thanks to all who contributed to this information.
Posted by Ukraine@war at 2:39 PM