Russian military base and trainingscamp at Komsomolske

A Russian army base has been located near Komsomolske:

One tweep described the area littered with armor:


Now the Russian news agency published photos of trainings that can be located there too (Thansk to @GorseFires).
Link to the photos.
Some of the photos: 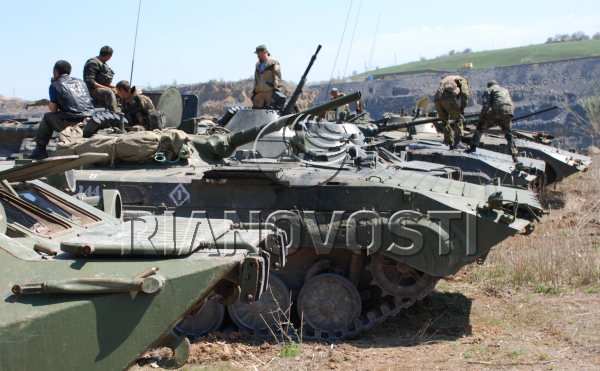 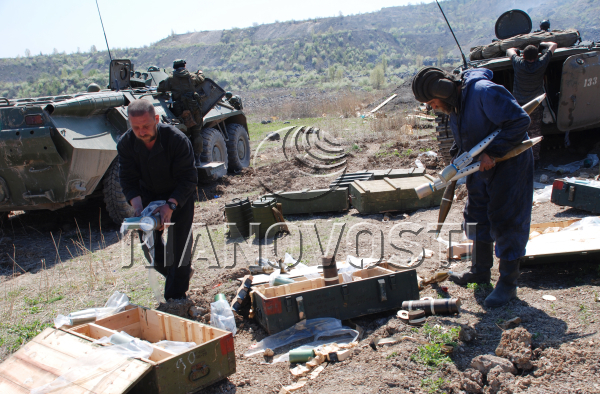 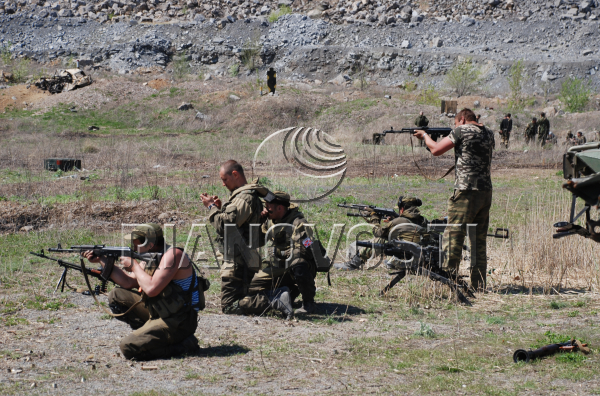 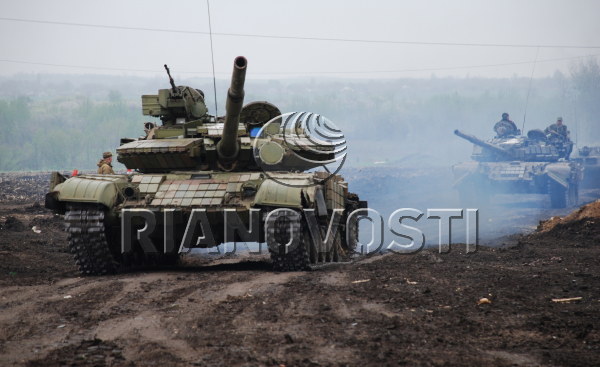 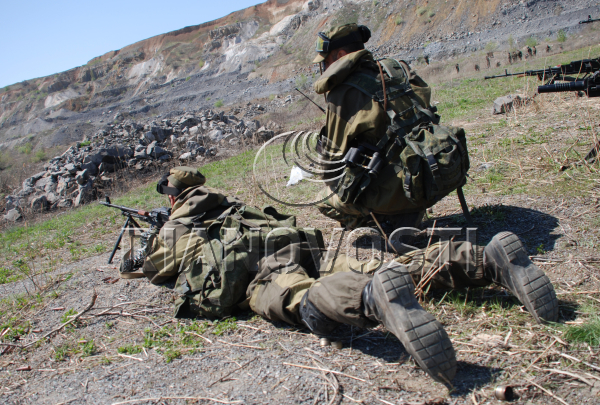 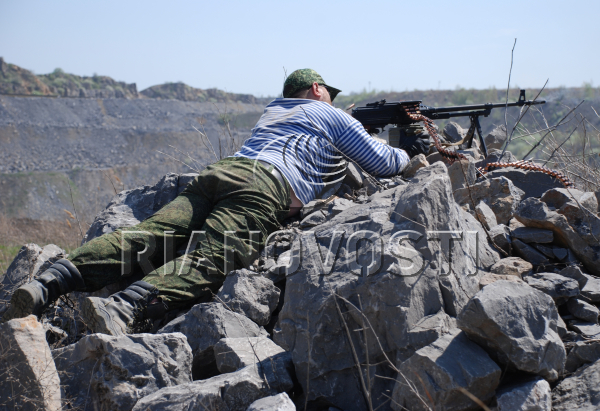 As can be seen it is in and near a quarry.

This Panoramio photo is from the quarry near Komsomolske. It can be linked to one of the photos like this: 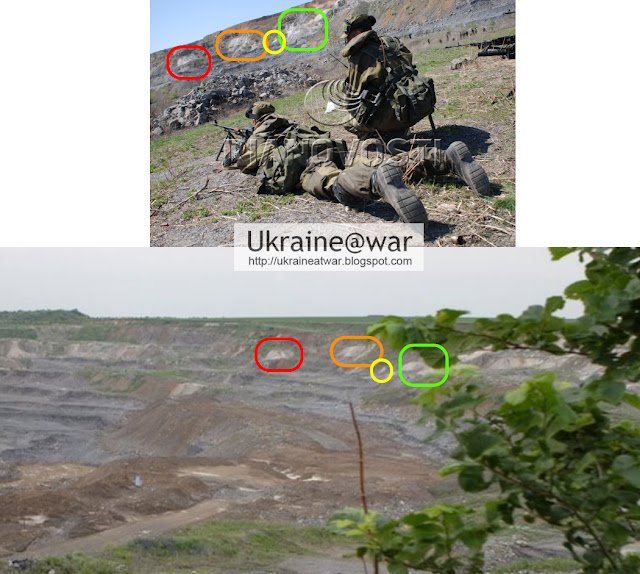 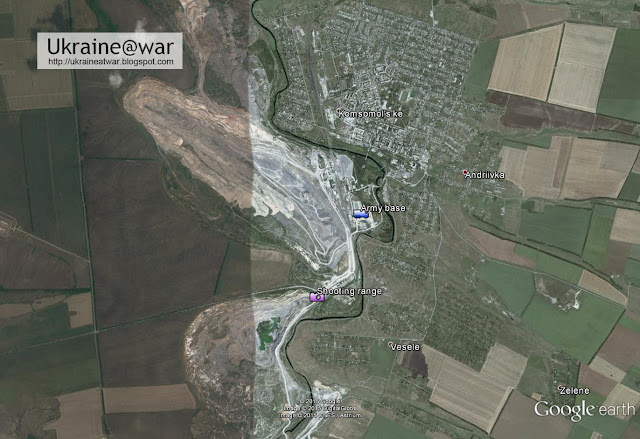 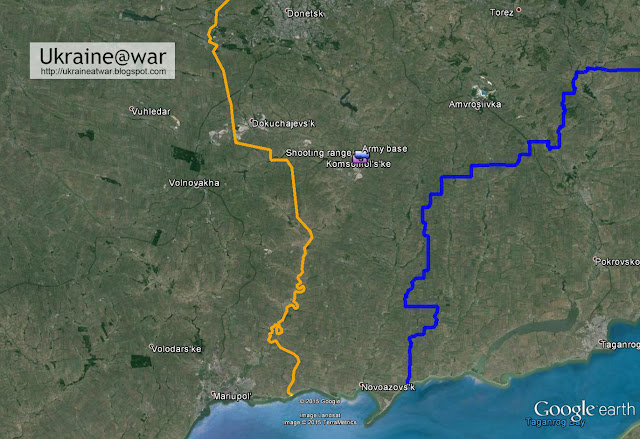 Conclusion
It is hard to exactly tell how many vehicles are located between Komsomolske and Telmanove, but there are a lot and they are getting trained.
They could be used to force a breakthrough south of Volnovakha and north of Mariupol, as to bypass Mariupol and surround it in the next offensive. 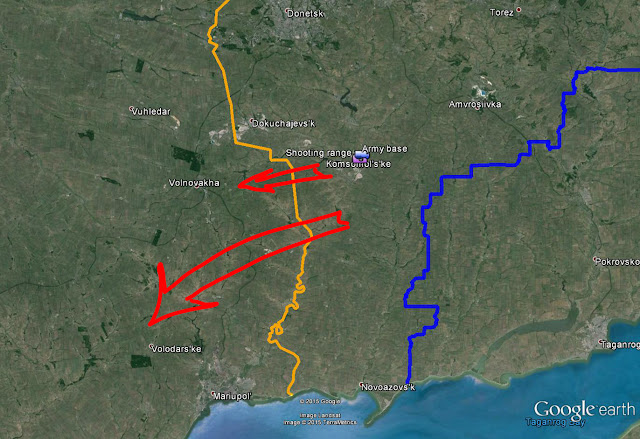 This video show a large scale Russian Hybrid Army exercise at another location in Donbas, Ukraine:

And another one at yet another location:


@DajeyPetros The large volume of photos/video of Russian ground forces (incl DPR/LPR) training in May means only one thing: preparations.
— GorseFires Collectif (@GorseFires) May 17, 2015