Russia has been massively shelling Ukraine from Russian territory in 2014. This map has recorded about most of them.

Now a video is discovered that shows there was already a crossing-the-border attack at least as early as July 6th:

At the time of publishing this blog, it has only 31 views. It has the title 'Бомбление Бирюкове' which auto-translates as 'Bomblenie Biryukova' but probably means something like 'bombardment Biryukova'.

Rockets or shells can be heard flying overhead, with the cameraman trying to follow their path, followed by impacts.
Upload date is July 6th. 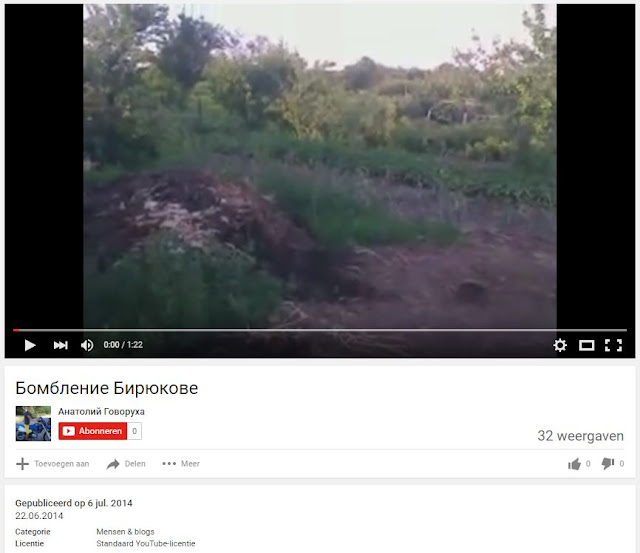 In the description it even says June 22nd.
Although the video gives too little clues to geolocate it with certainty, it is a typical 'citizens video' on a personal youtube account. And with 31 views it can hardly be a propaganda video. Therefore it seems likely the video was recorded from Biryukova.

When we check the mentioned map near Biryukova, we see that there is only one trajectory going over that village. 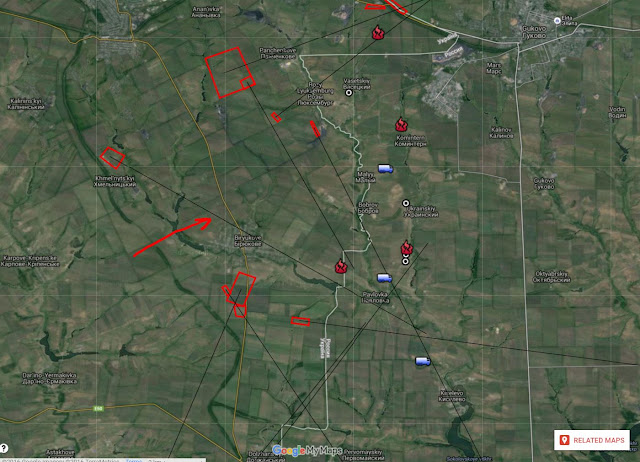 Double checking these trajectories, we find this: 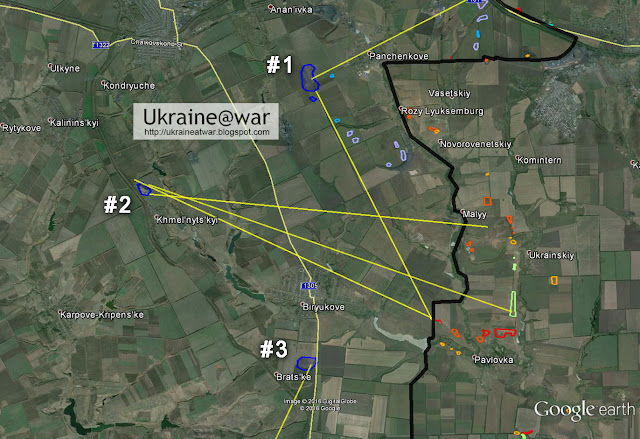 There are three Ukrainian camps in the area. The impacts at these camps have directions indicated by the yellow lines.
#1 was mainly hit by the Gukovo-shellings. #3 was coming from the south. #2 has impacts from three directions, most of those coming from the two southern ones. These two southern ones are close enough to Biryukove to have been filmed as 'flying overhead'.

This video shows that camp #2 was destroyed by July 28th. But since it has impacts from multiple directions it is very well possible that it had been shelled on an earlier date (on or before July 6th) too.

When we trace the yellow lines back to find a firing location, we can see that the most southern one leads to this position: 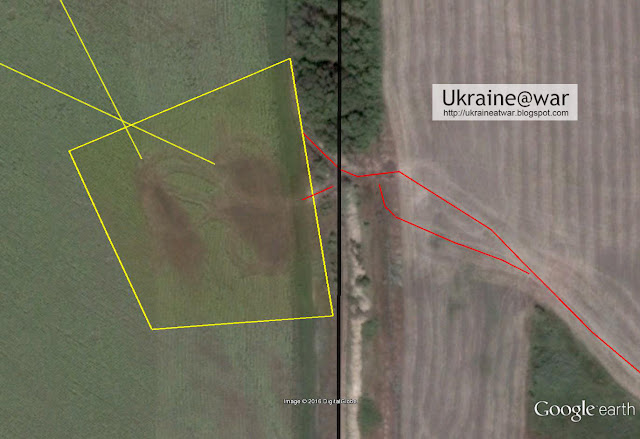 (At least) Three burn marks from GRAD rocket launches can be seen in two directions.

The other single direction leads to a couple of impacts at camp #1. That is another clue that this shelling had been done independent from the bigger shellings that destroyed the camps. It seems like these might have been some 'probing' attempts, to see what the response would be.

The red lines in the image show tracks that clearly cross the border.

The earliest satellite image (after 2013) dates from 8-8-2014. So this does not help to exactly determine the date of the attack.


Conclusion
The video seems to be very authentic. It makes sense that the Russians would first try out cross-border shelling before massively doing this, in order to see in what way Ukraine would respond. Without a significant answer to this provocation, they moved on and so we got the Zelenopillya-attack a little bit later.
Even though a date of June 22nd seems early, it must be clear that this attack was earlier than the others.
Posted by Ukraine@war at 4:51 PM