Another 40+ Russian armor on the move Sept 3rd

Original video removed, but now it can be found here:

When the coordinates of the first frame and the frame were the car stopped are entered in Google maps, this is the route the car was driving: 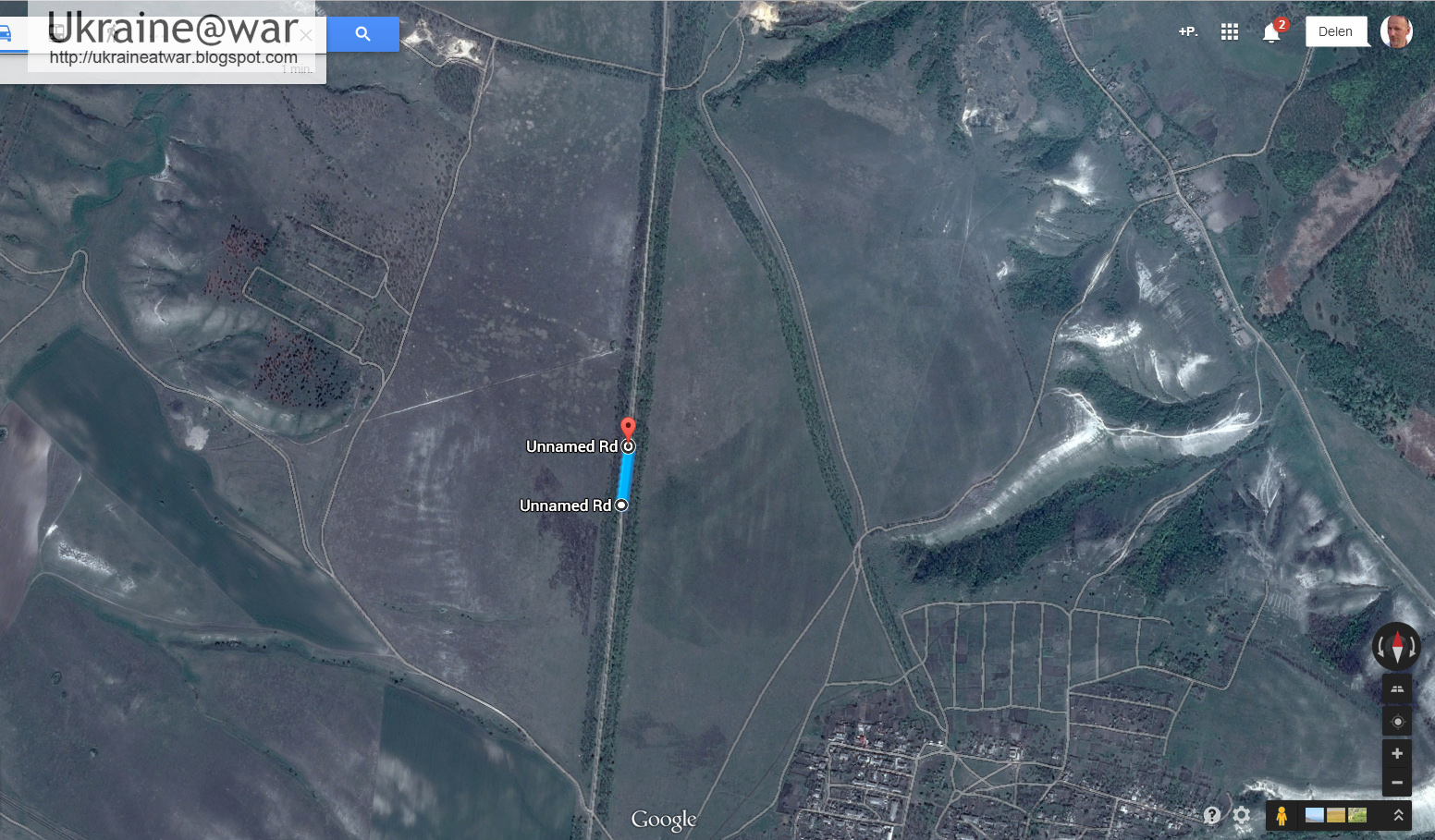 It means the convoy traveled southwards.
On a larger scale that looks like this: 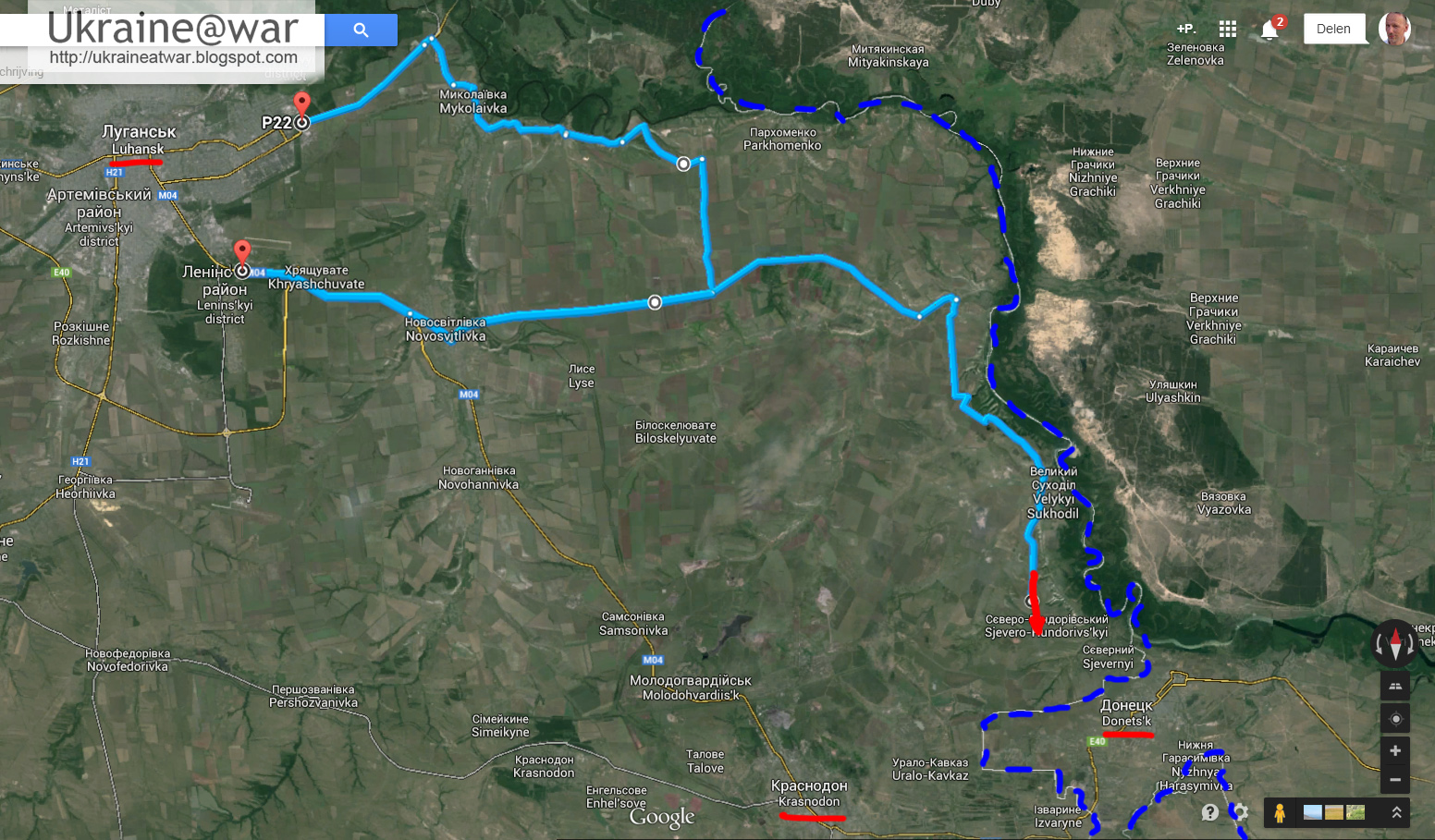 The convoy must have come from Lugansk, traveling close to the Russian border, probably to avoid detection and to stay out of range from long range Ukrainian artillery/missiles.

In the video at least 27 vehicles can be counted, but since the video stopped while the convoy had not passed yet, it might be much more.

Here are some of them: 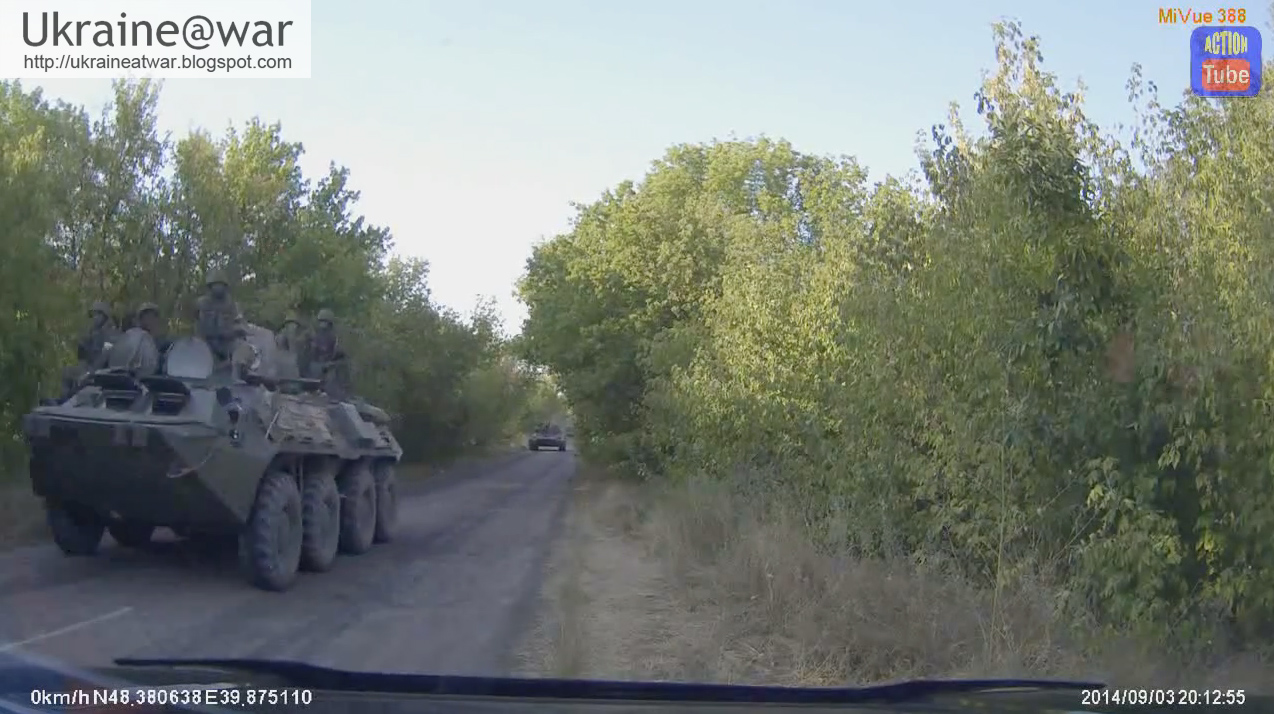 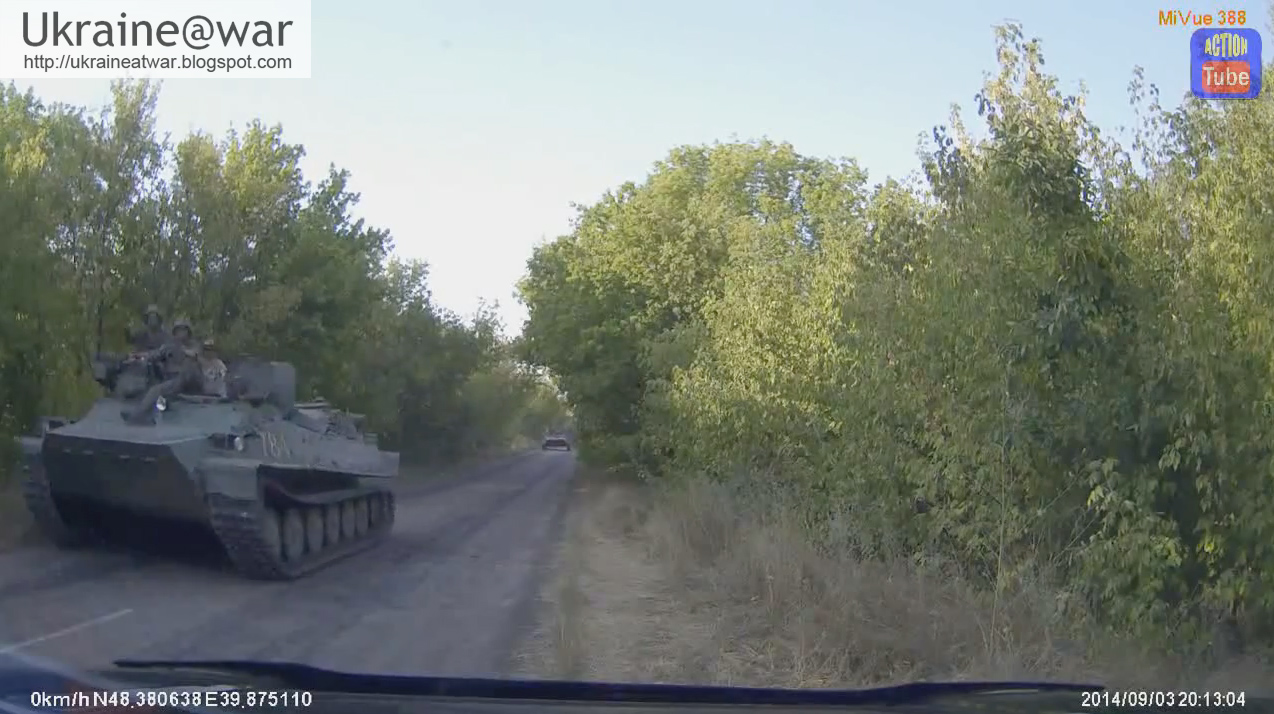 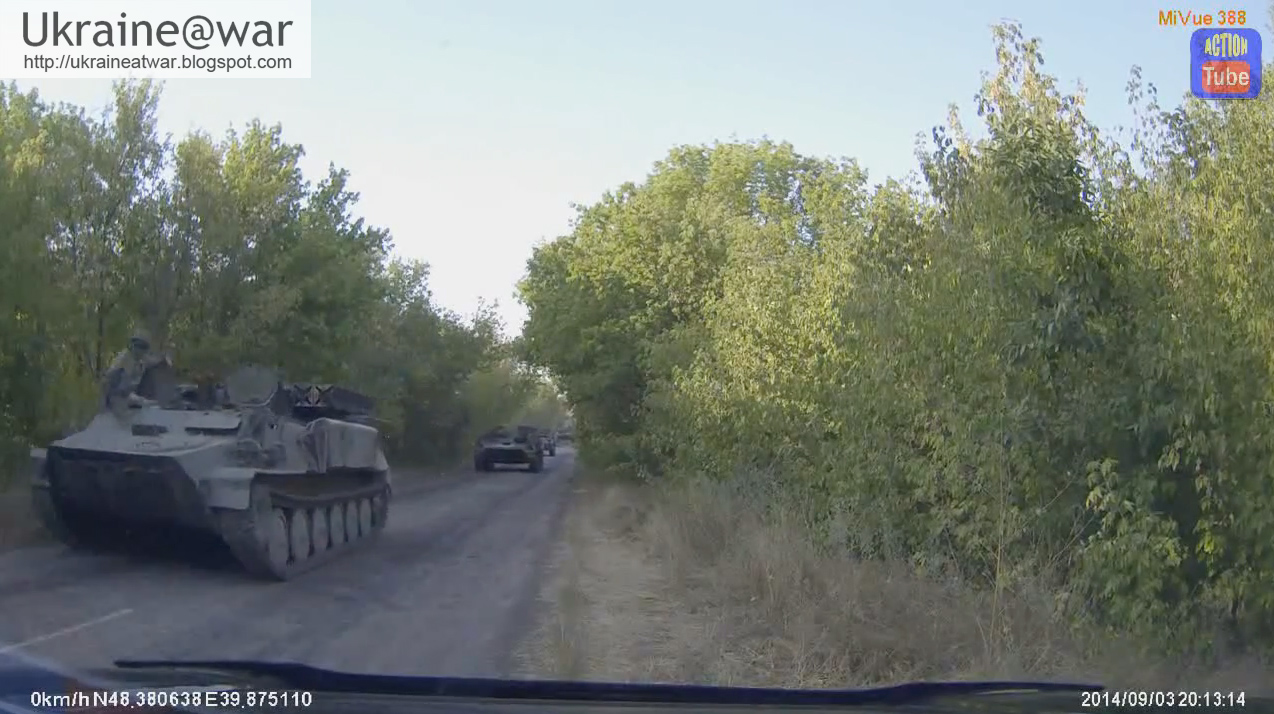 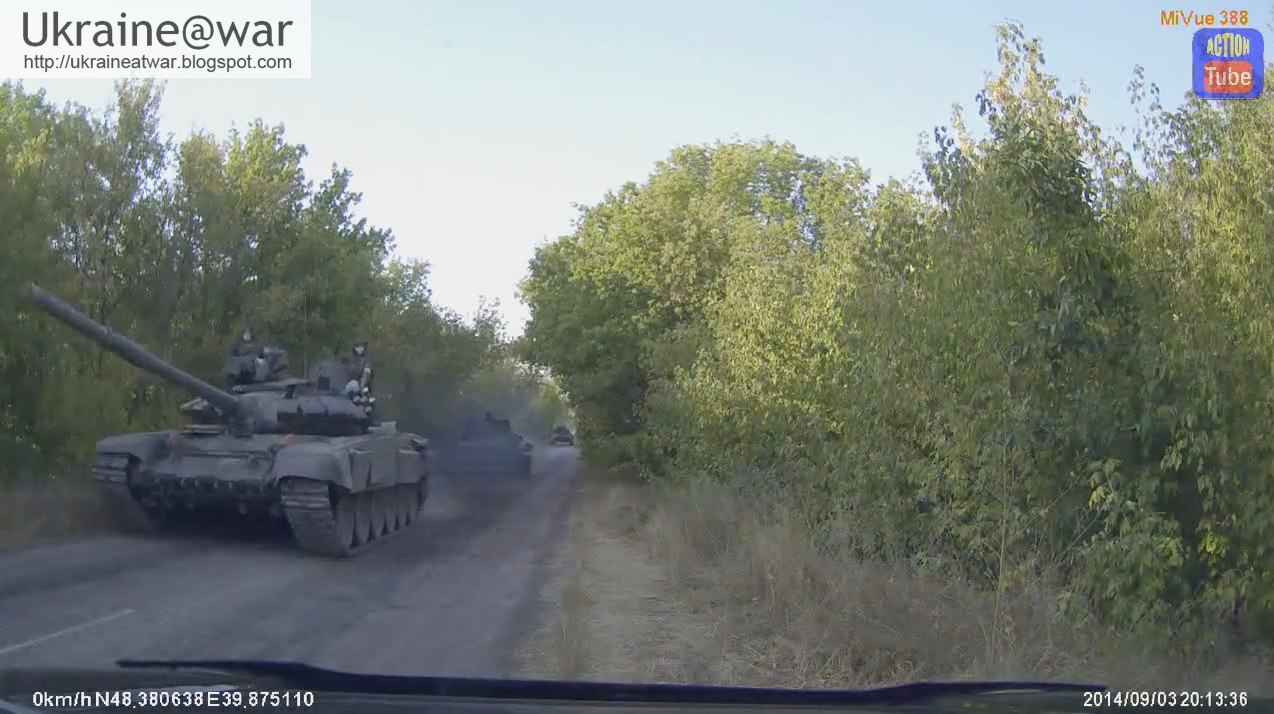 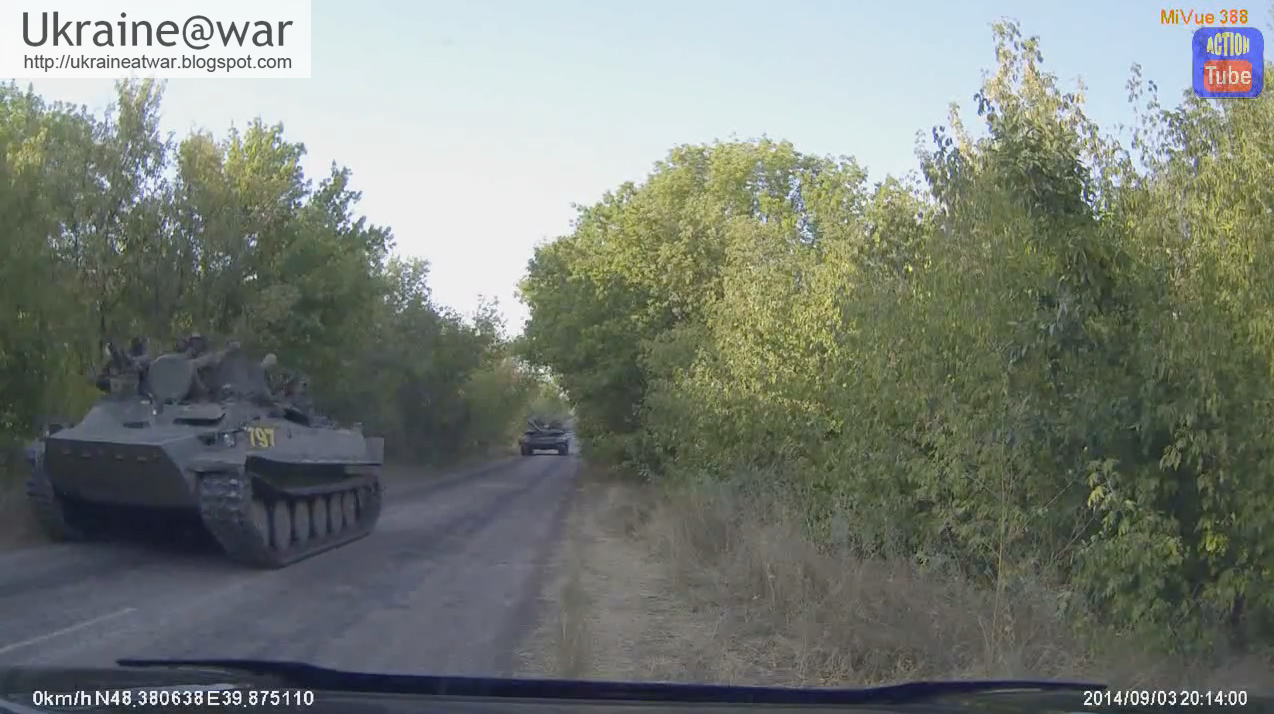 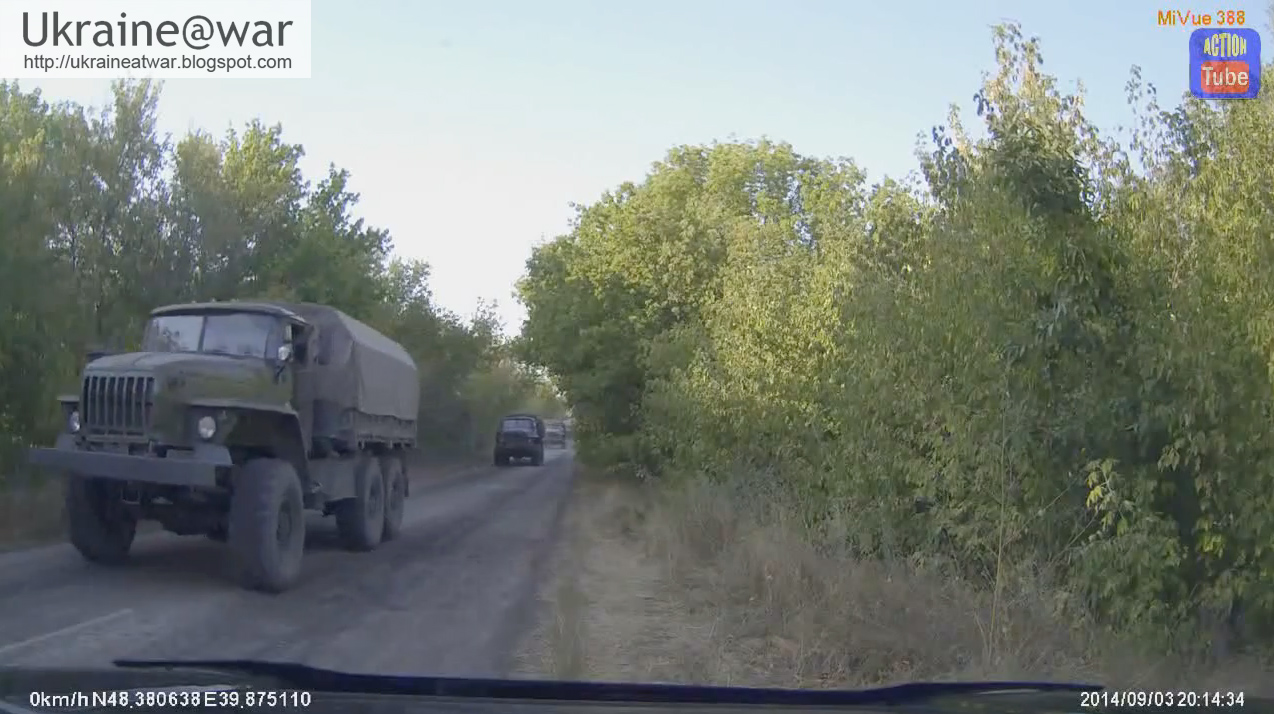 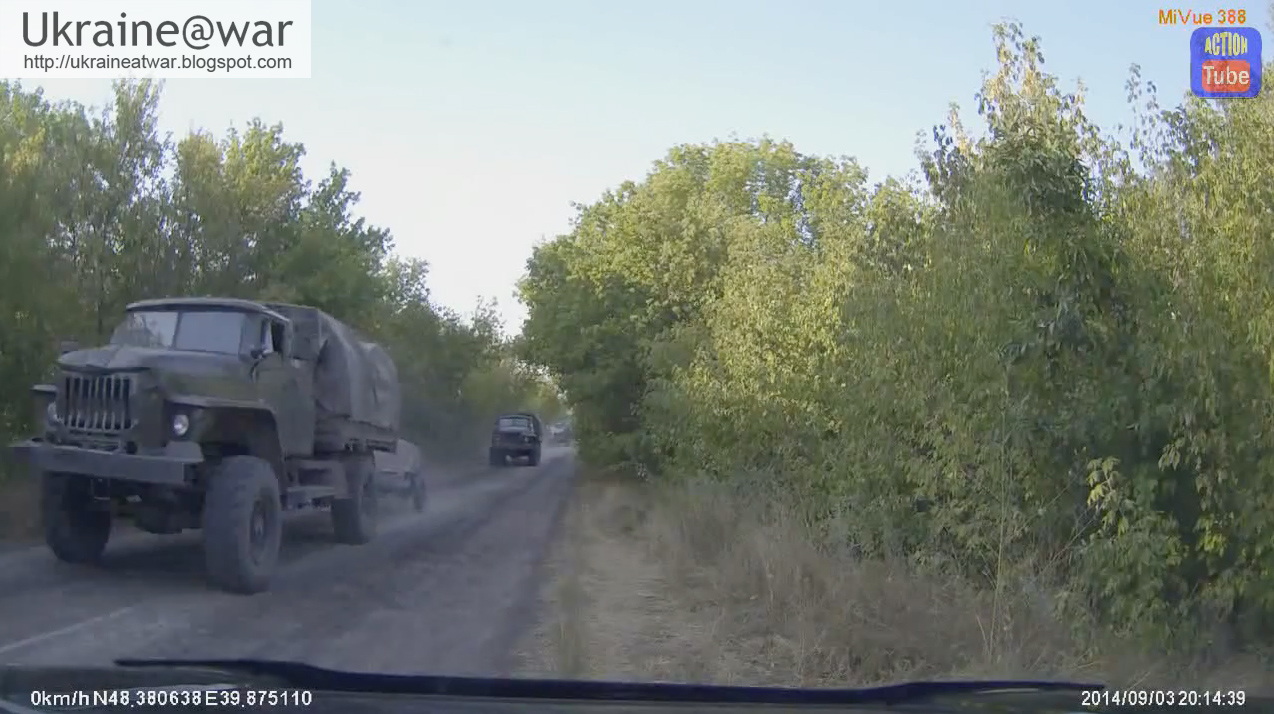 This is regular Russian army. They try to avoid being filmed of course.
Driving on this road into this direction basically means one thing: they are heading back to Russia.

They came to break the Ukrainian army that was winning and had encircled many Russian terrorists positions, but as such were exposed and weak to counterattacks and getting encircled themselves.

Now that they have defeated many Ukrainian units and regained a lot of terrain, and now that a cease-fire has agreed upon (or was upcoming on date of timestamp of the video), they retreat as to keep up the appearance that all this is just done by 'local rebels'.

Of course they may as well be redeployed elsewhere, like in the Mariupol area, which seems to be the next target of Russia. 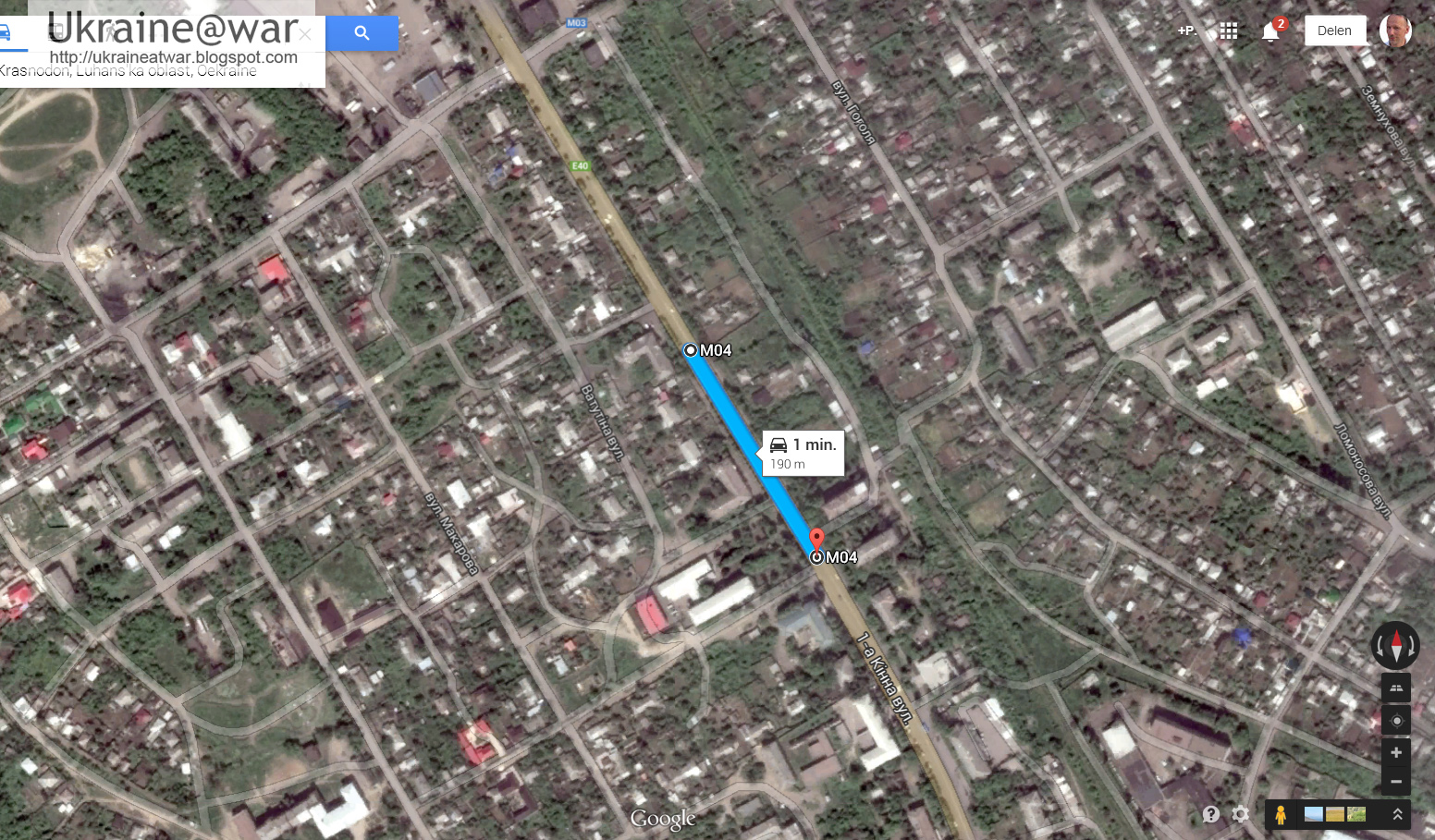 8 trucks and 5 BTRs can be seen in this part, at the side of the road facing into the direction of the Russian border. 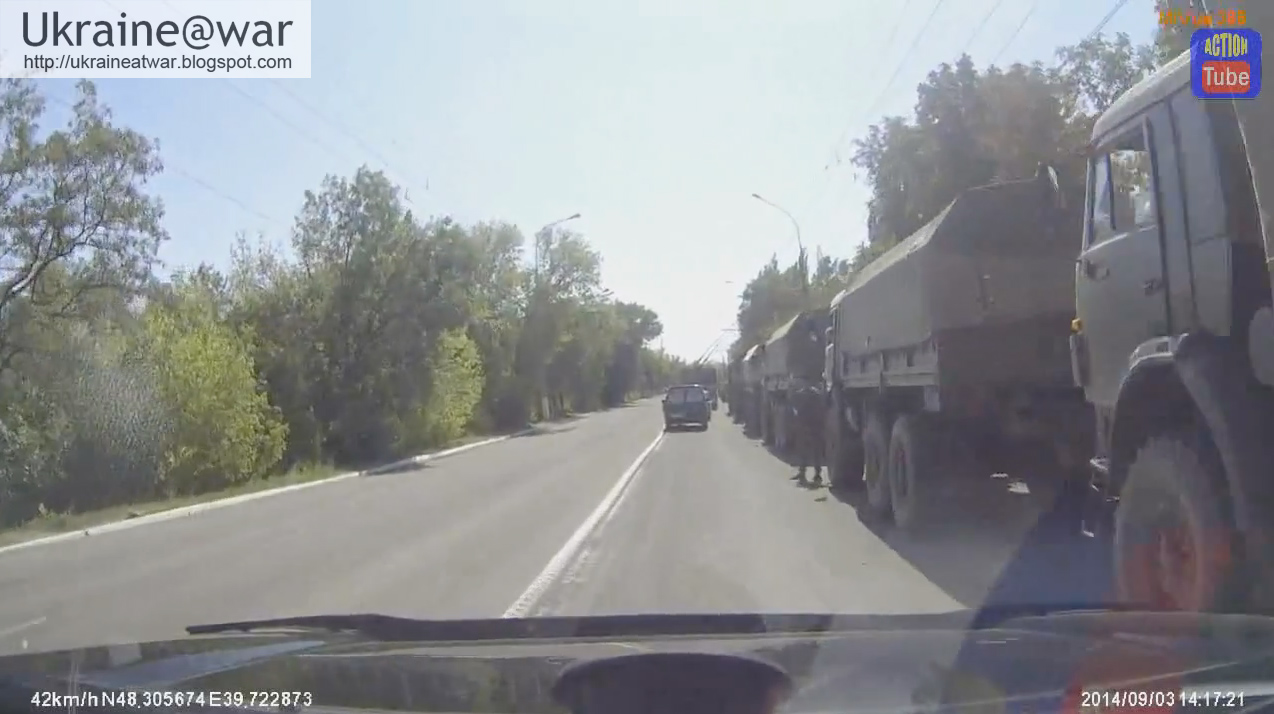 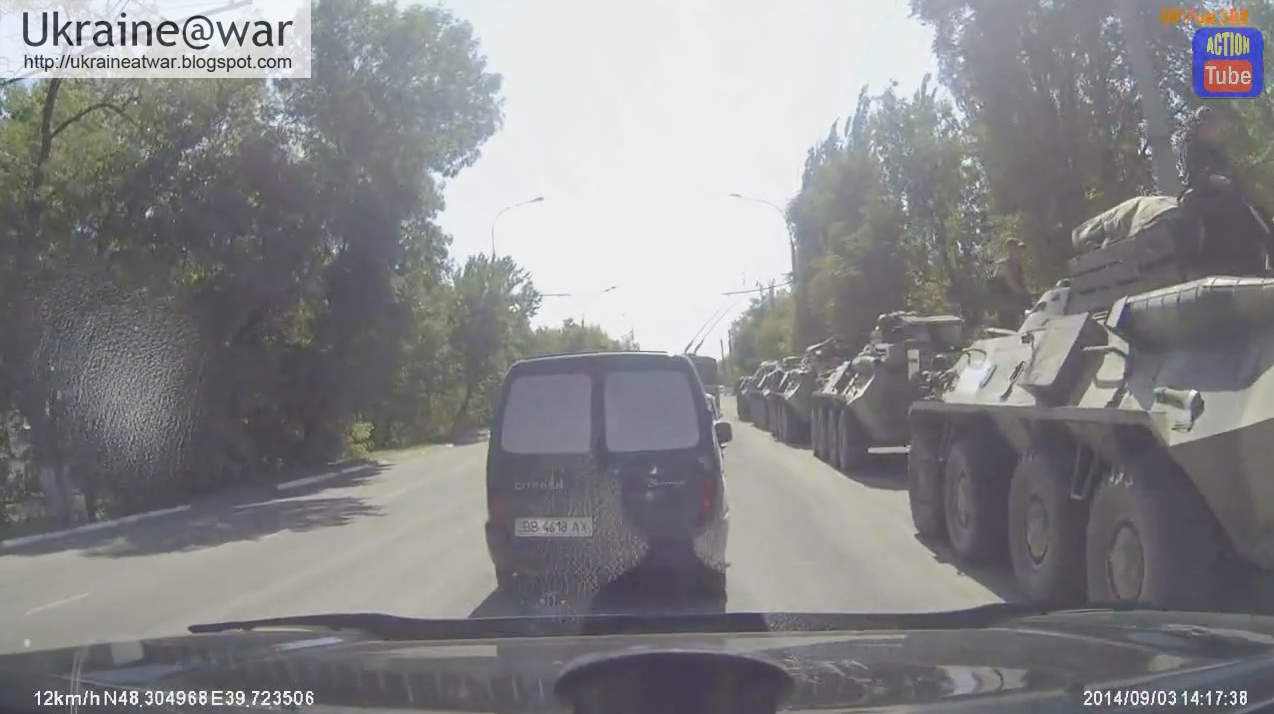 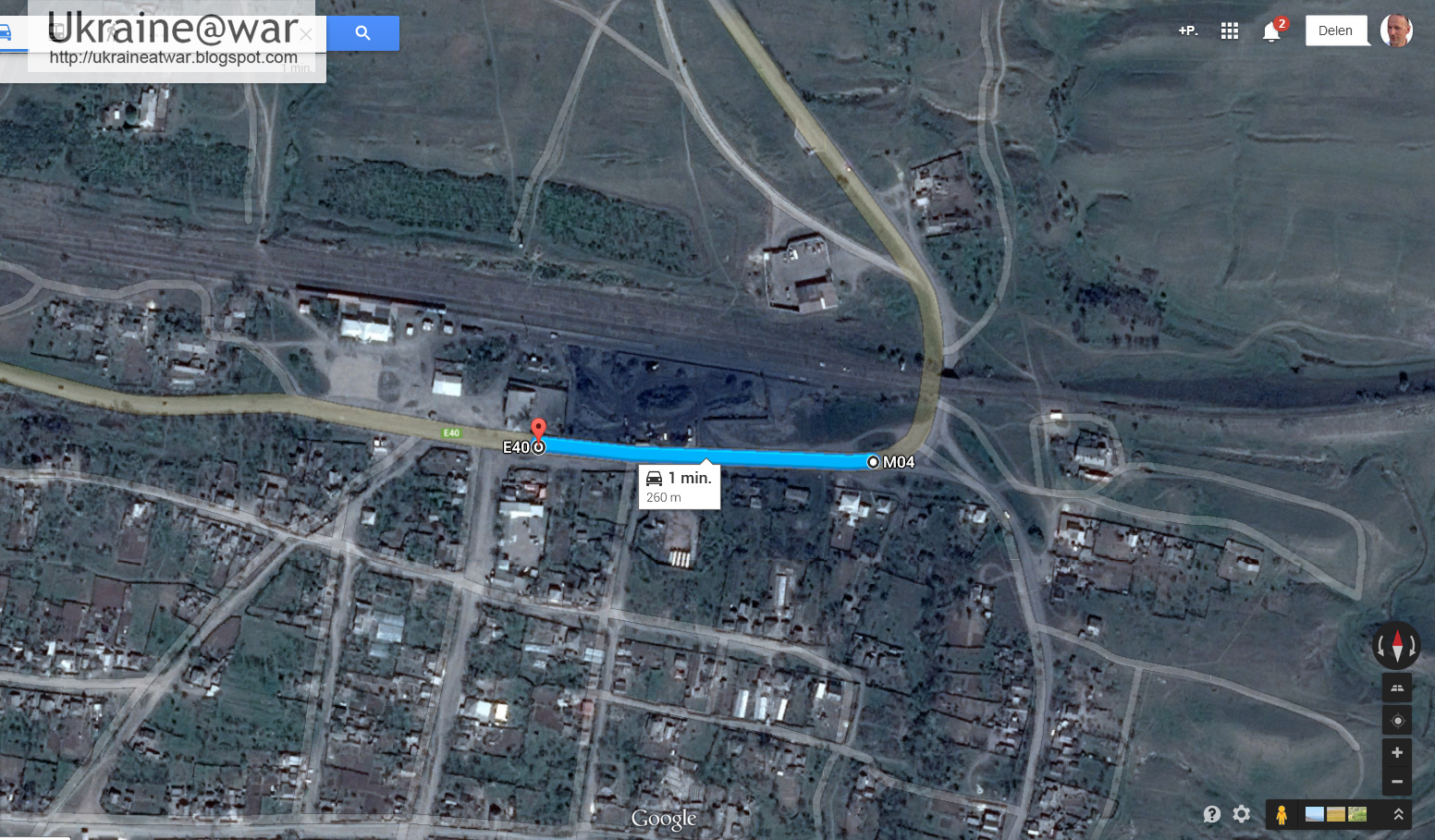 This is on the M04 in Izvarino. There are 2 trucks towing damaged MT-LBs and a third one carrying something. They are heading to Russia obviously to get them repaired there. 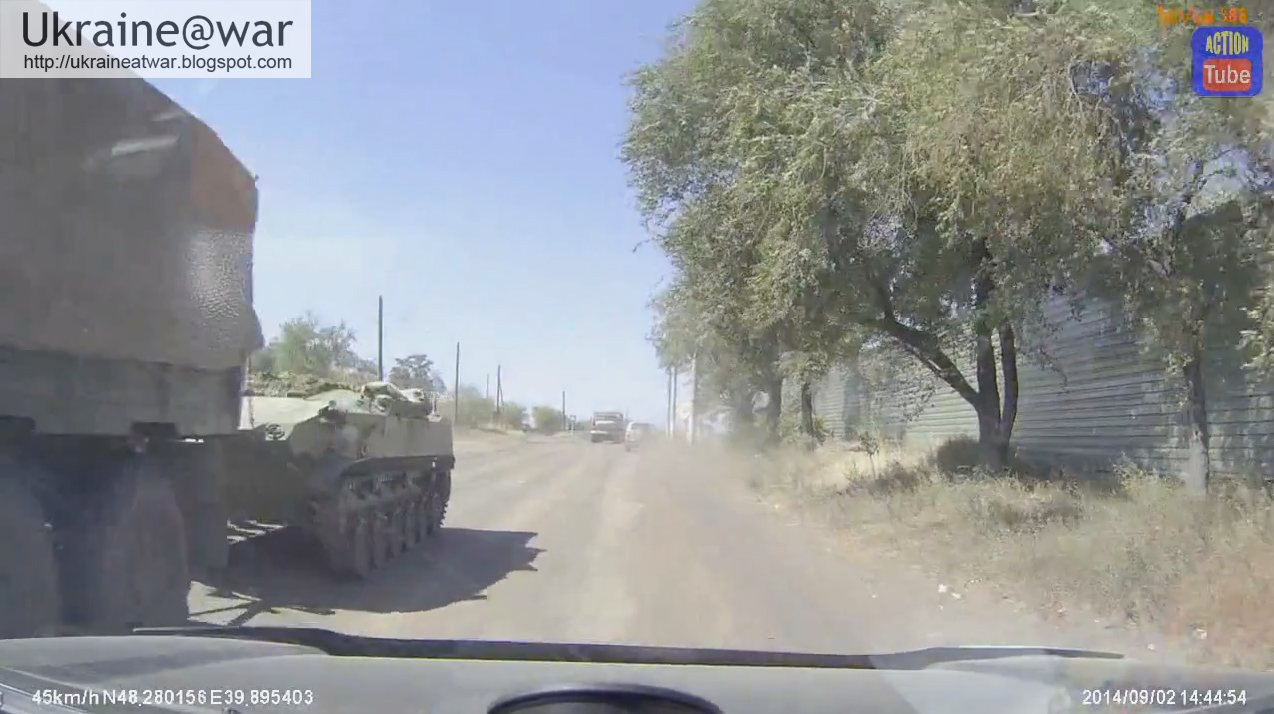 Part 3
The driver passes the same 5 BTRs and 8 trucks at the side of the road in Krasnodon again while he is driving into the other direction: 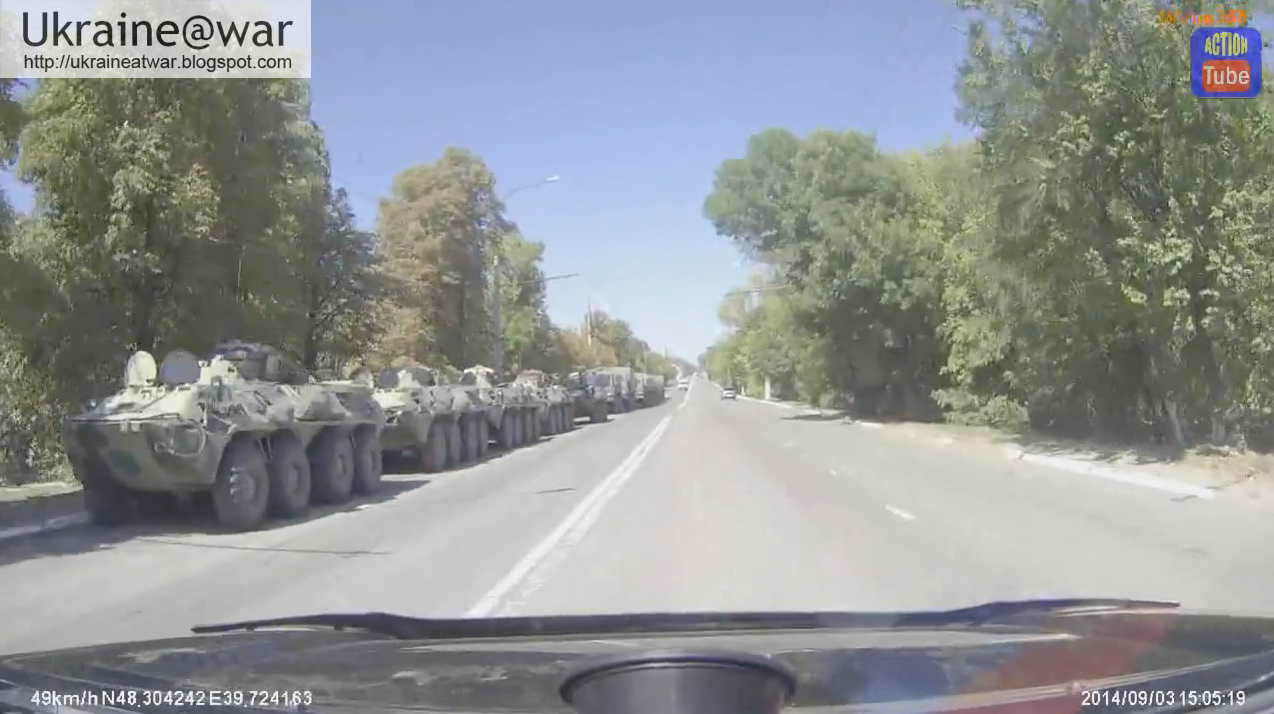 Part 4
The driver passes another single BTR in Krasnodon: 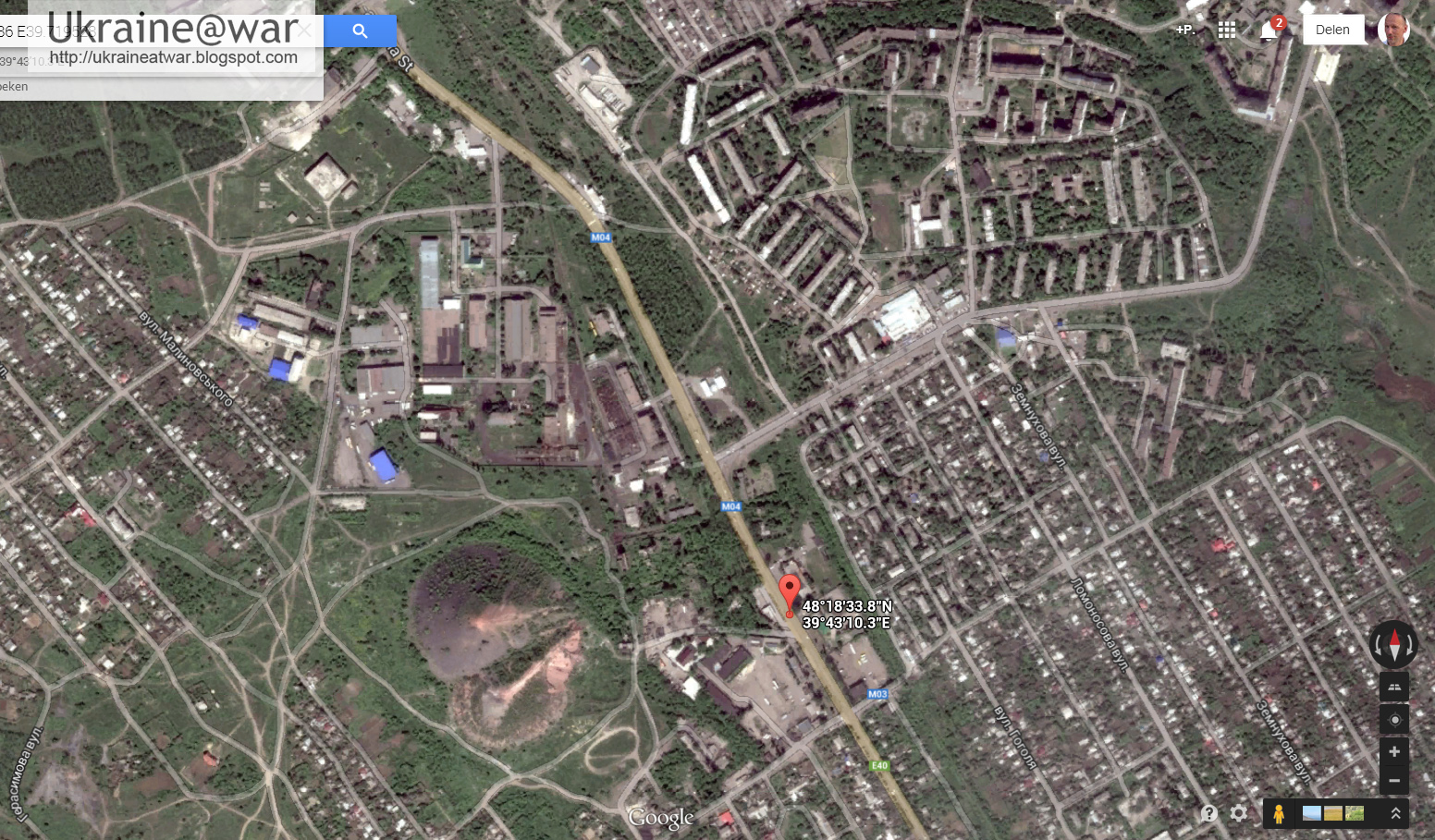 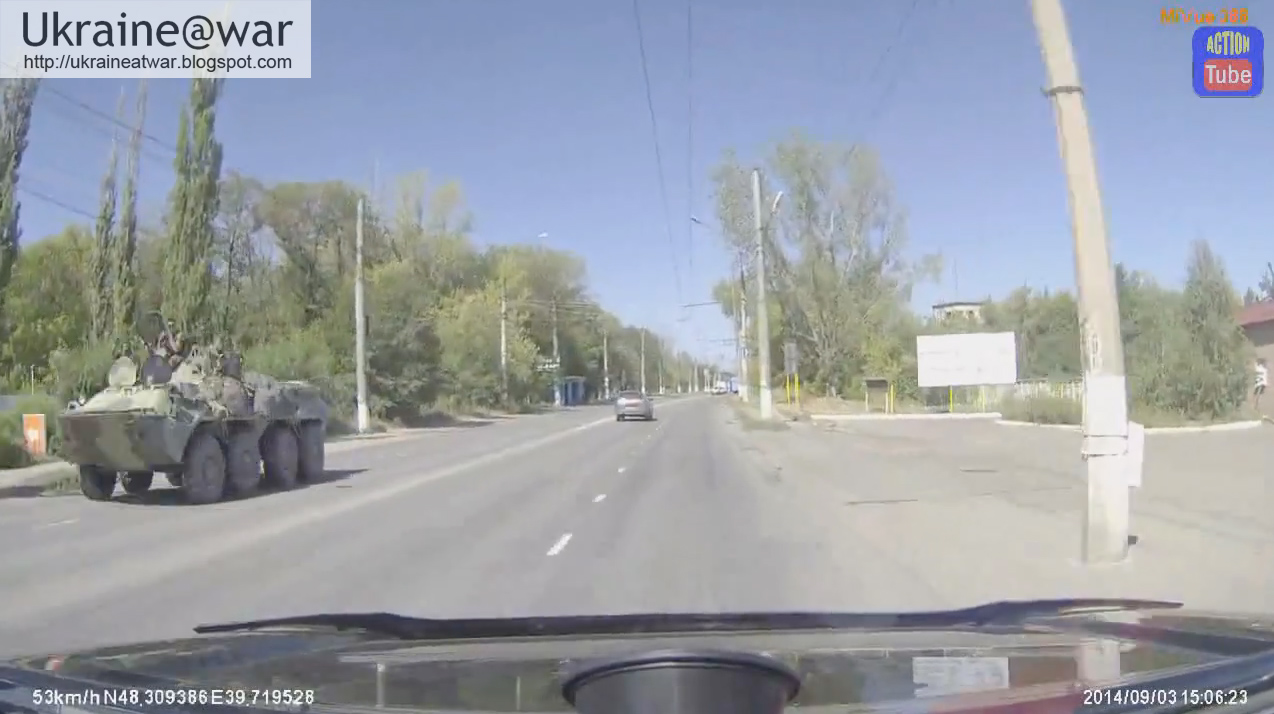 Part 5
At this location the driver passes 4 trucks that look like commando centers or field kitchens maybe and one regular truck. 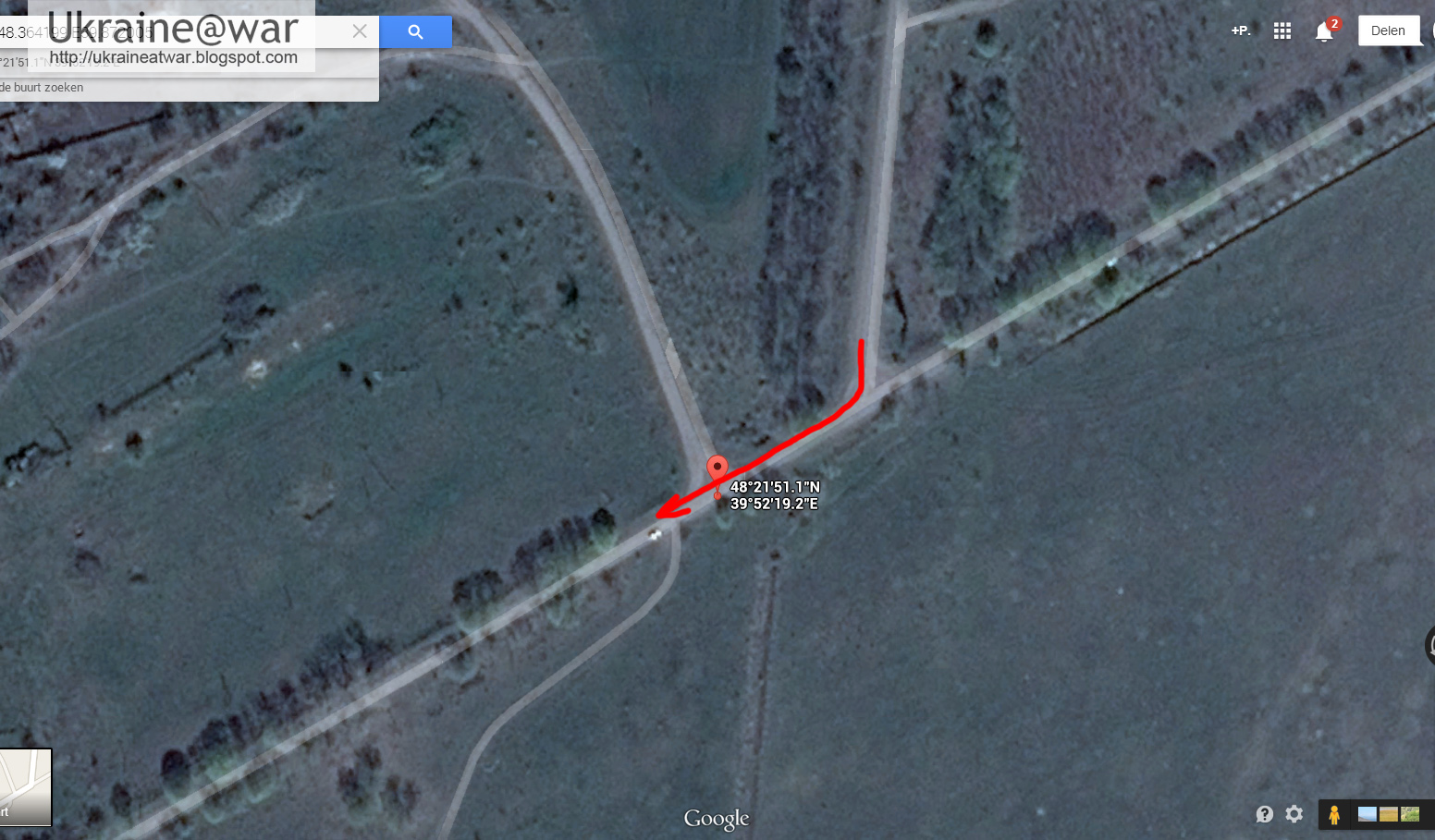 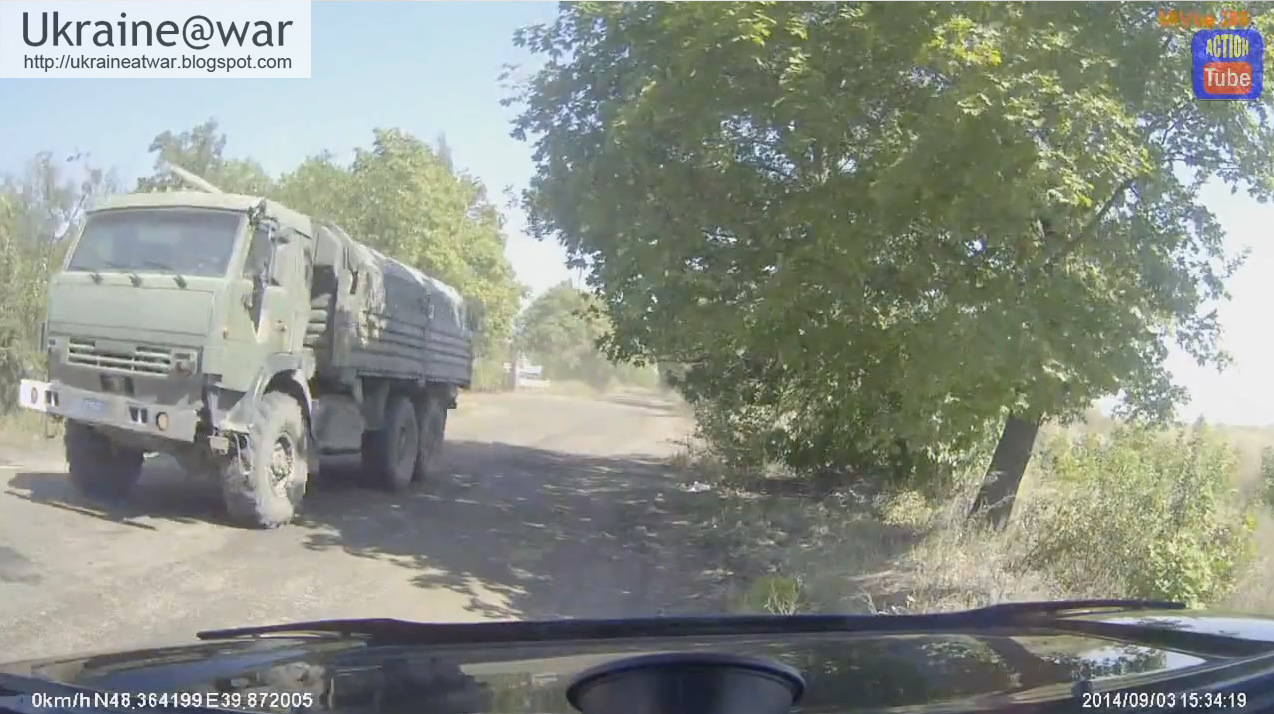 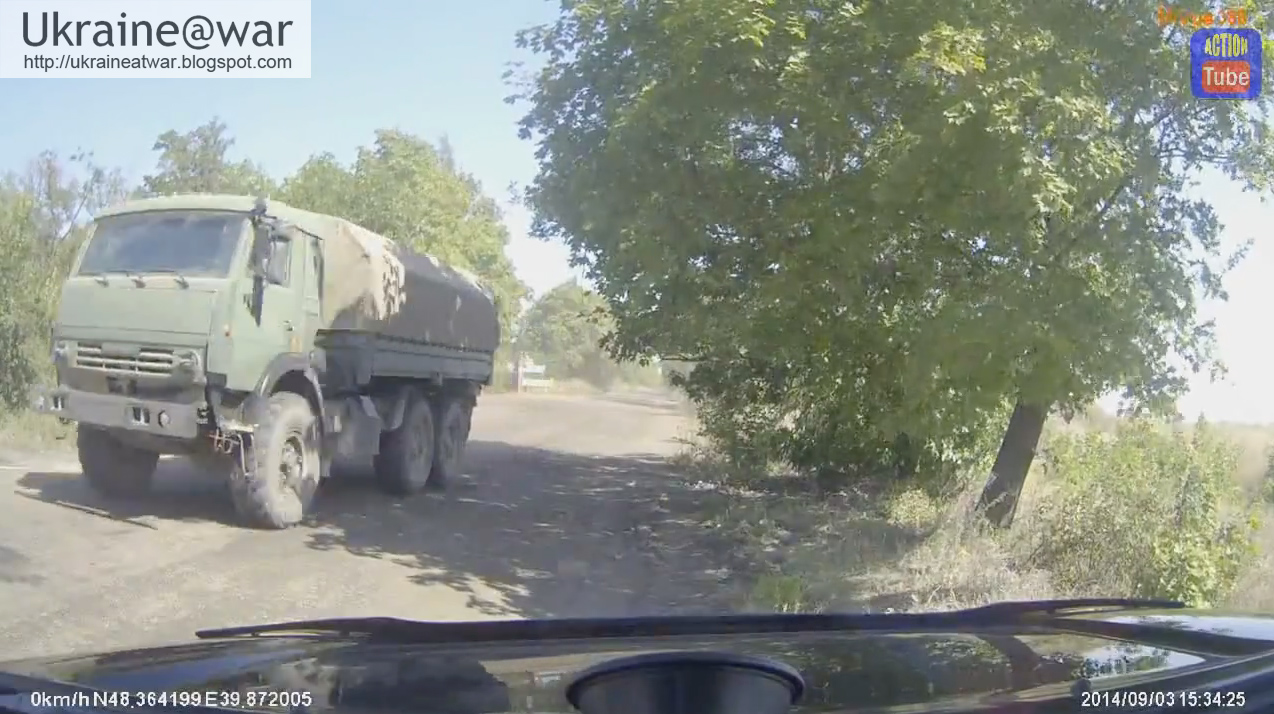 They come from the same road as the convoy that can be seen in the first video.

Also see: Russia redeploys a huge convoy of 122 vehicles.
Also see: the destruction of the Ukrainian army in the Marinovka area.
Also see: videos of the battle of Ilovaisk