This video shows 122 army vehicles ranging from trucks to tanks and support vehicles: 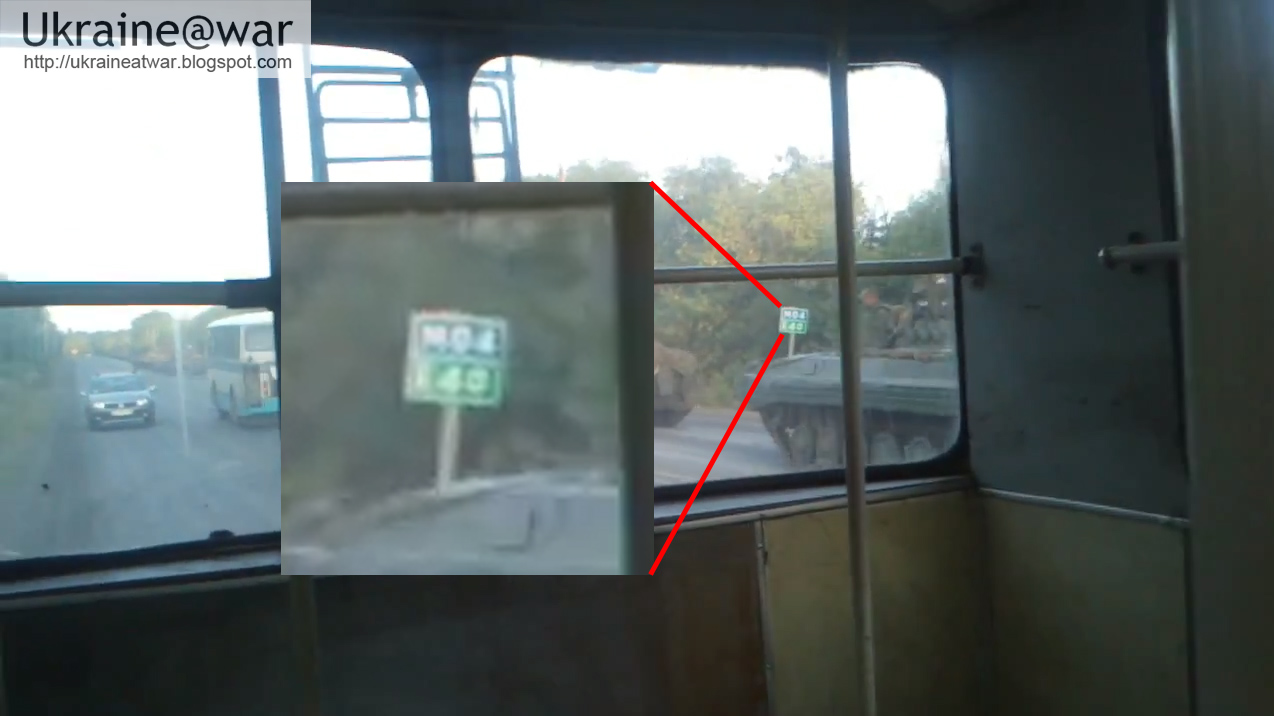 It says M04 E40. This is the road from Krasnodon through Lugansk to Donetsk.

Screenshot from the beginning of the video: 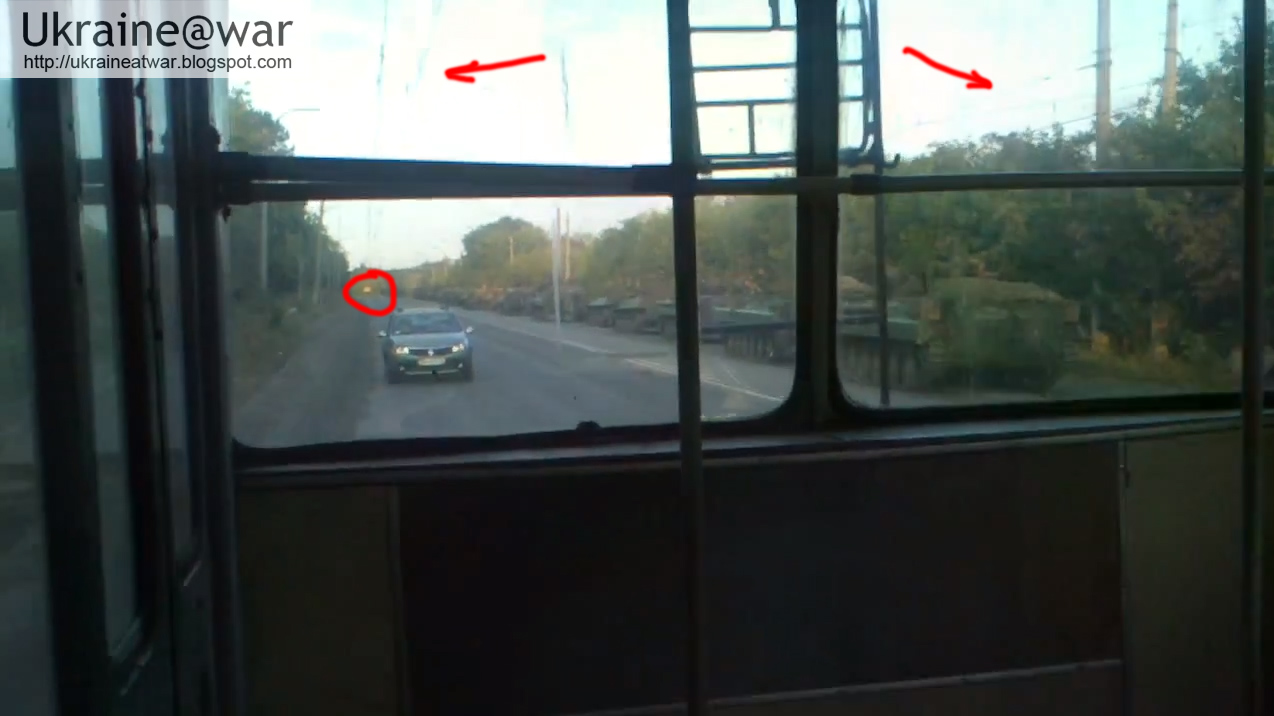 Some kind of yellow billboard or traffic sign can be seen (red circle). Also Trolley bus lines are visible. Only Donetsk, Lugansk and Krasnodon have these.

The video reported to be shot in the Krasnodon region.

This Panoramio photo could be found that also shows this yellow sign as well as the trolleybus lines: 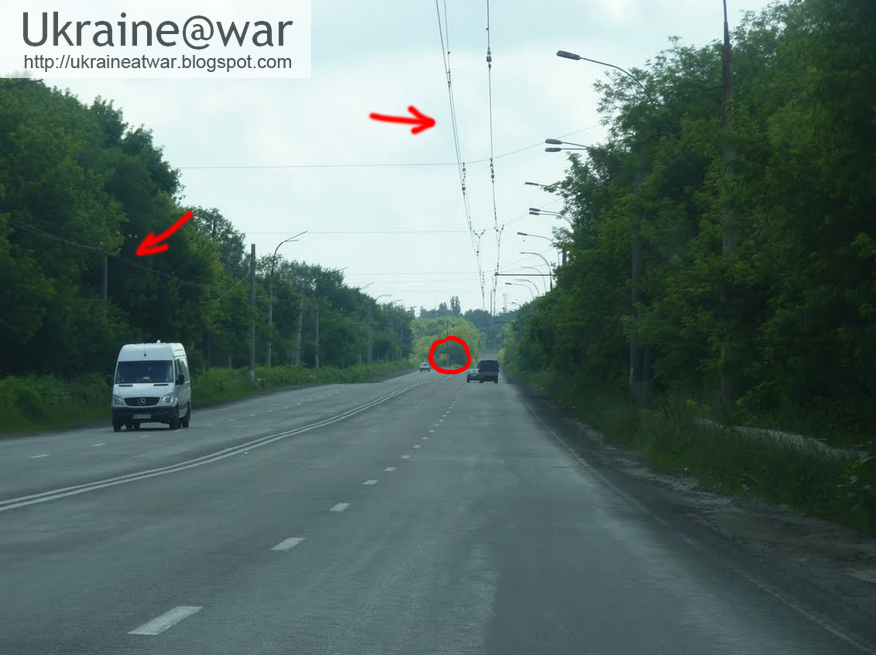 Here is such a trolleybus: This Panoramio photo shows that the yellow sign is at the split of roads towards Sukhodilsk and Krasnodon:

It means the position of the column (and the route of the driver) is like this: 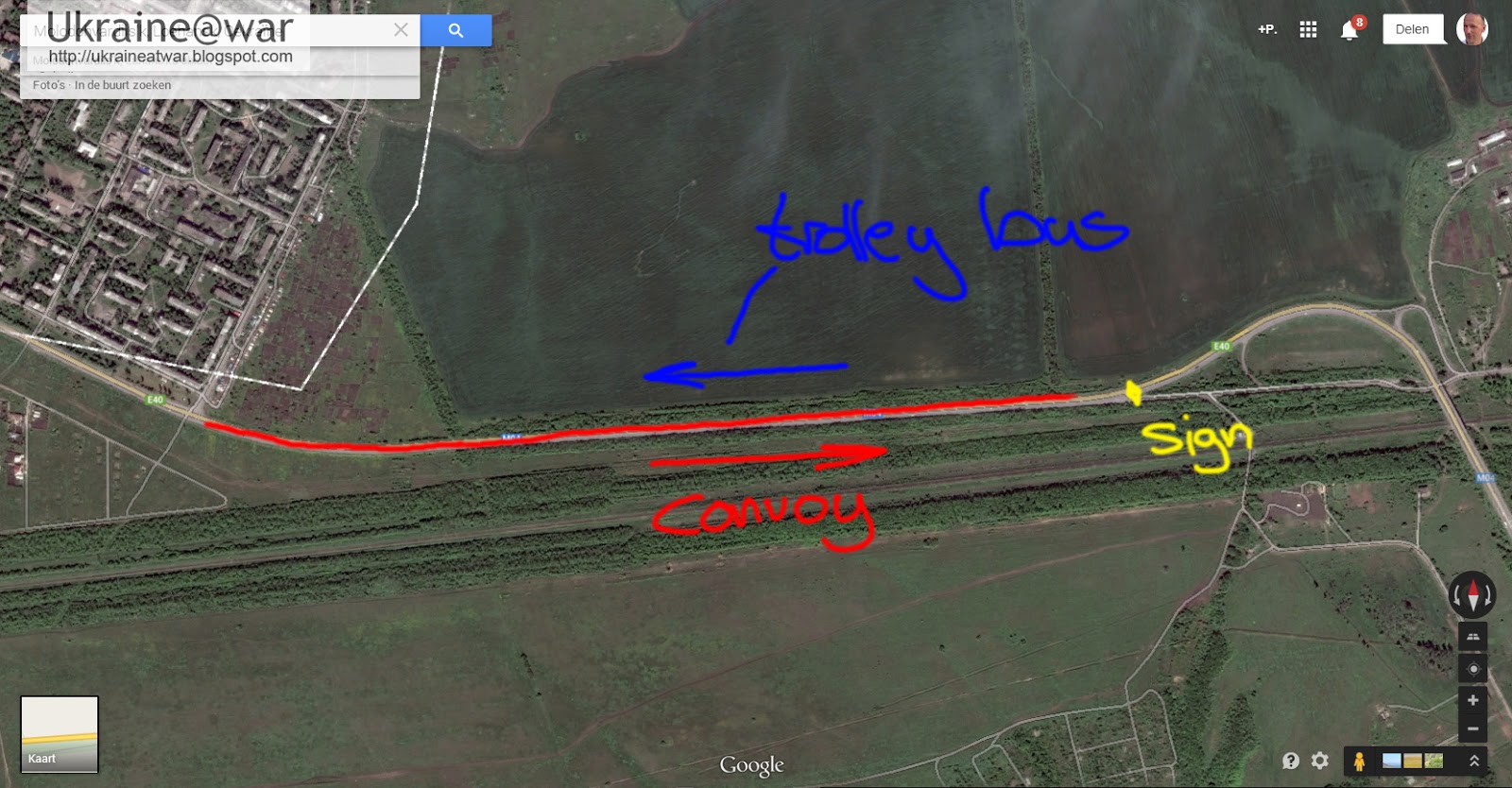 What the exact meaning of this is, is unclear. Is this rotation of units? Are they heading south? Will they turn?
It does not necessarily mean they return to Russia. There is a route South that goes through Krasnodon: 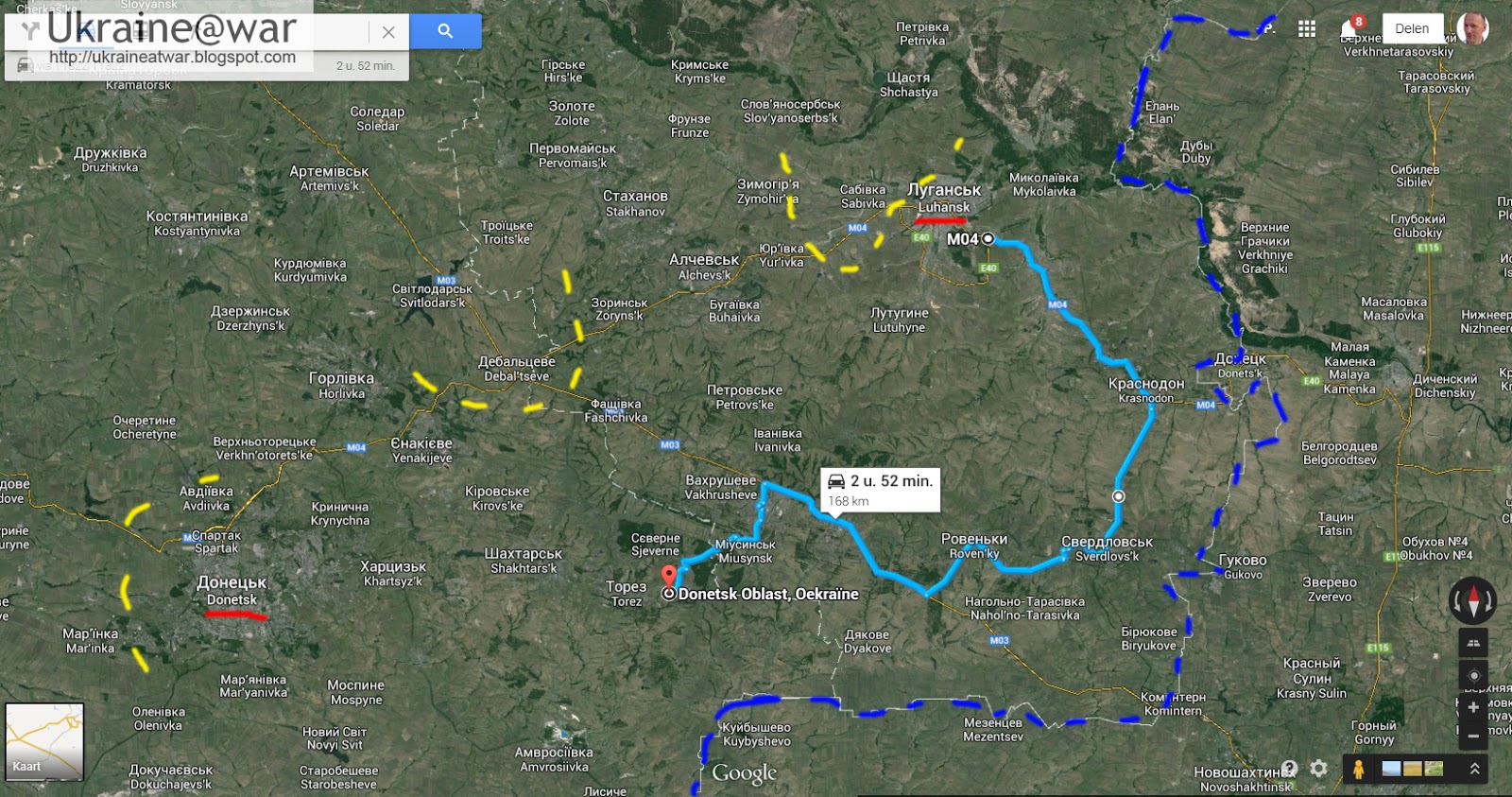 From there they may go West again to Donetsk or even into the direction of Mariupol.
Since the Ukrainian army still controls Debaltseve, that road is not available for transport to the South.

Whatever it is, these units have been brought in by Russia and they are on Ukrainian territory...


Some of the vehicles: 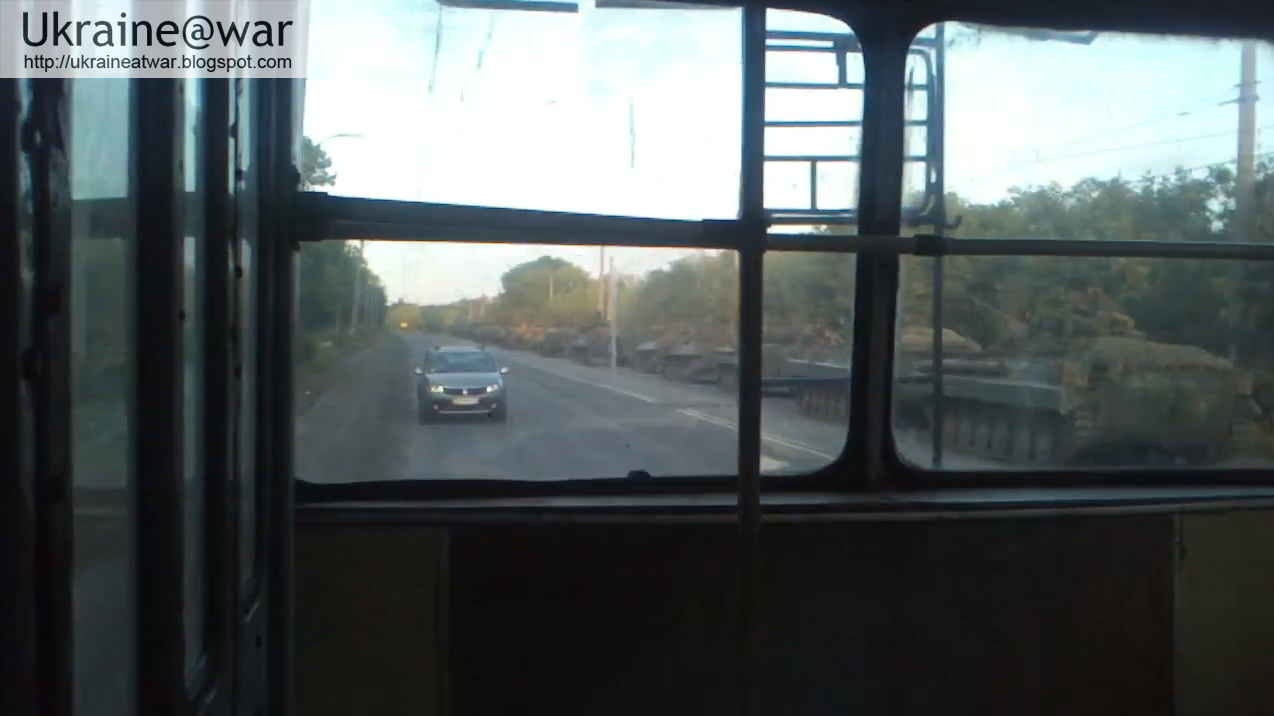 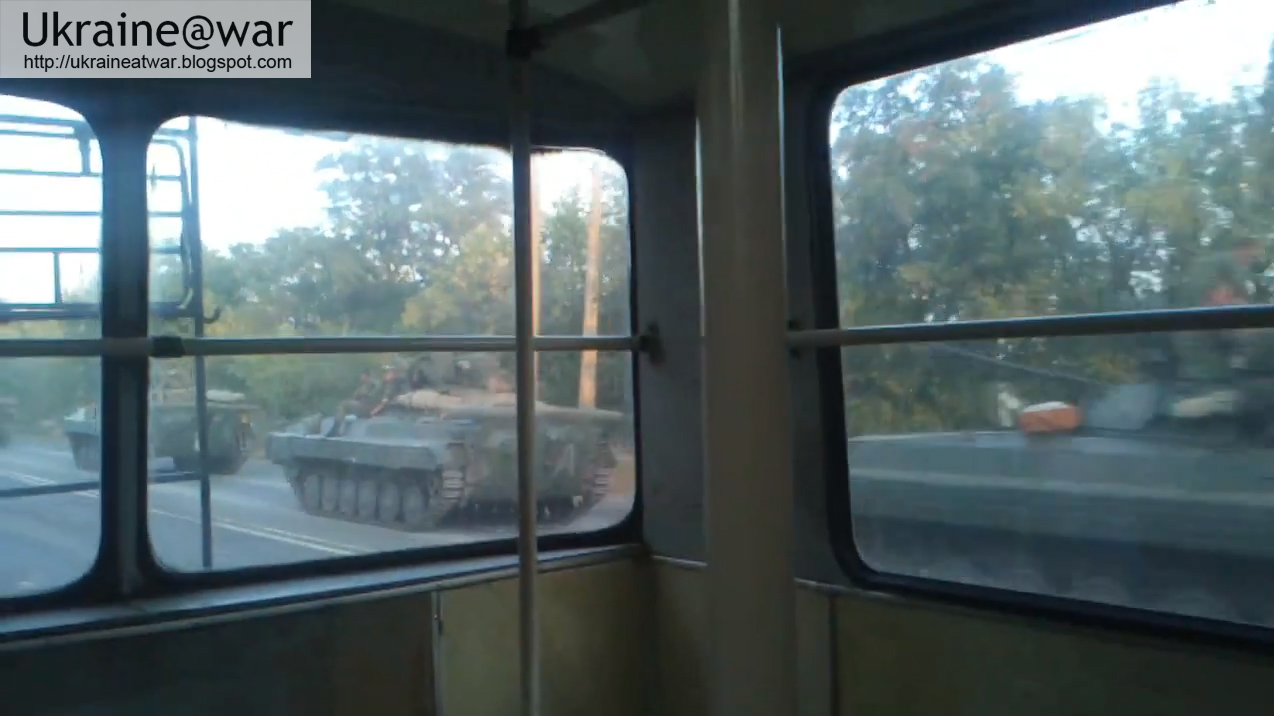 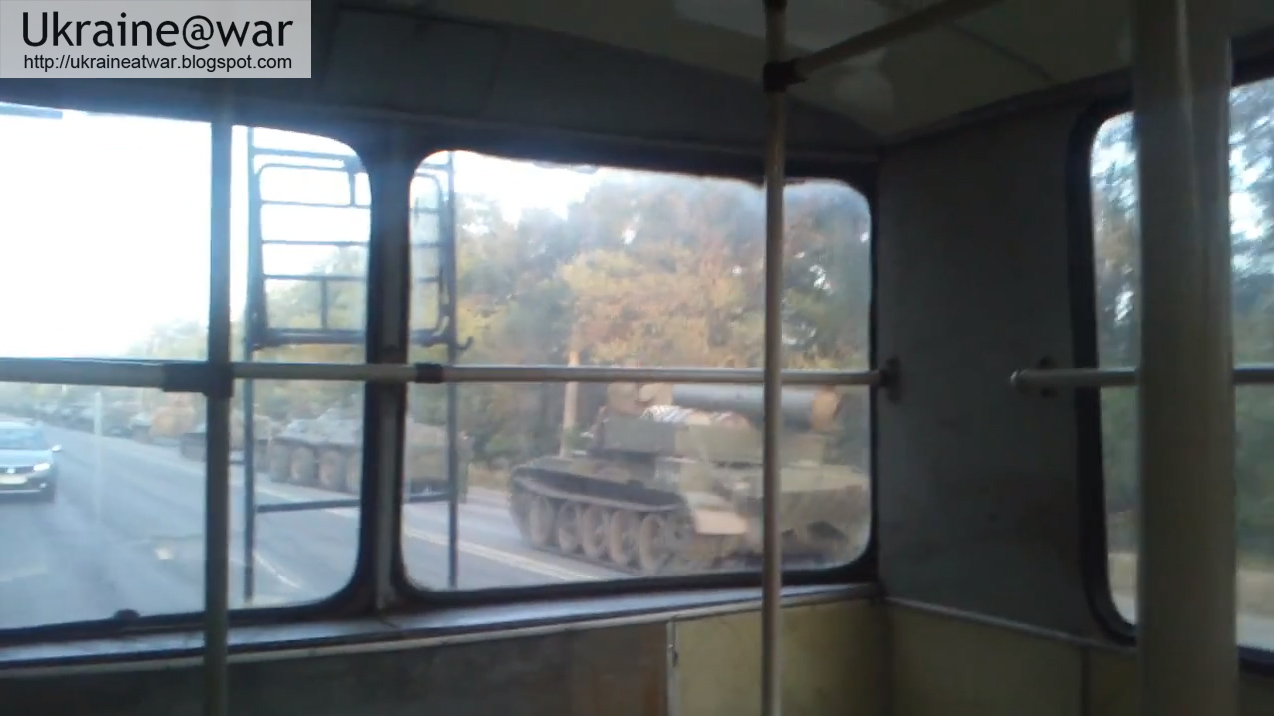 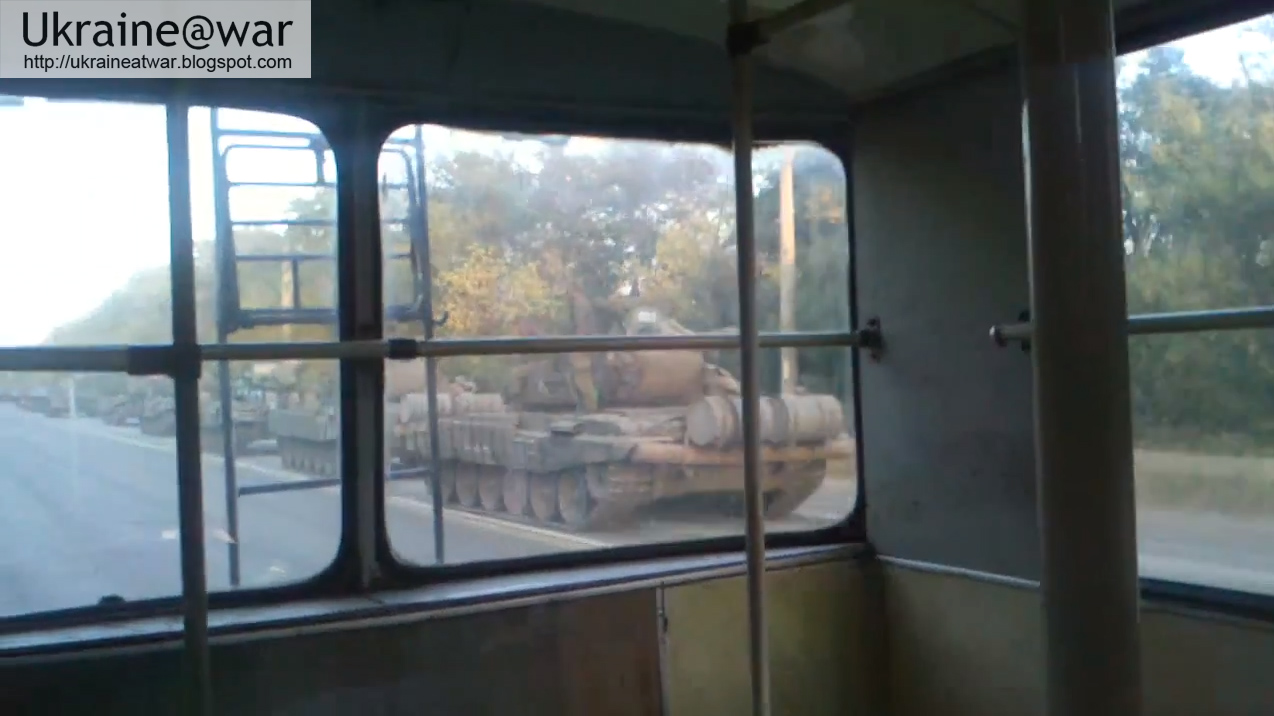 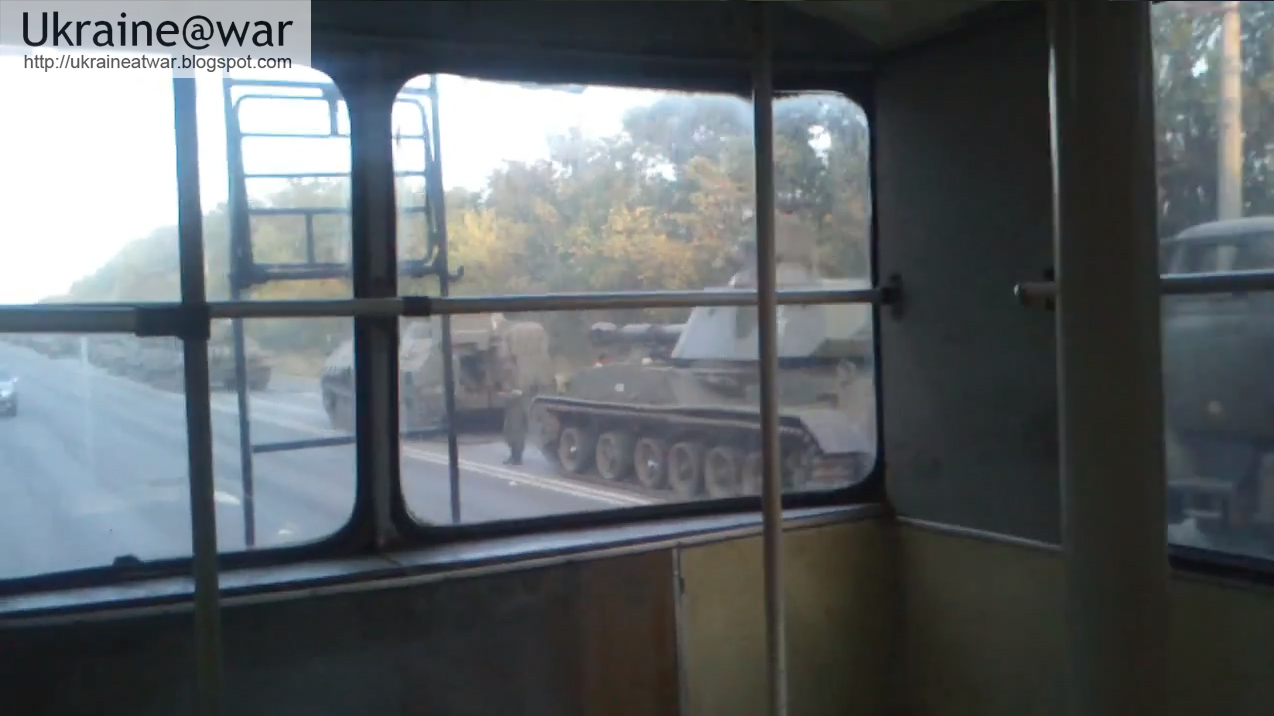 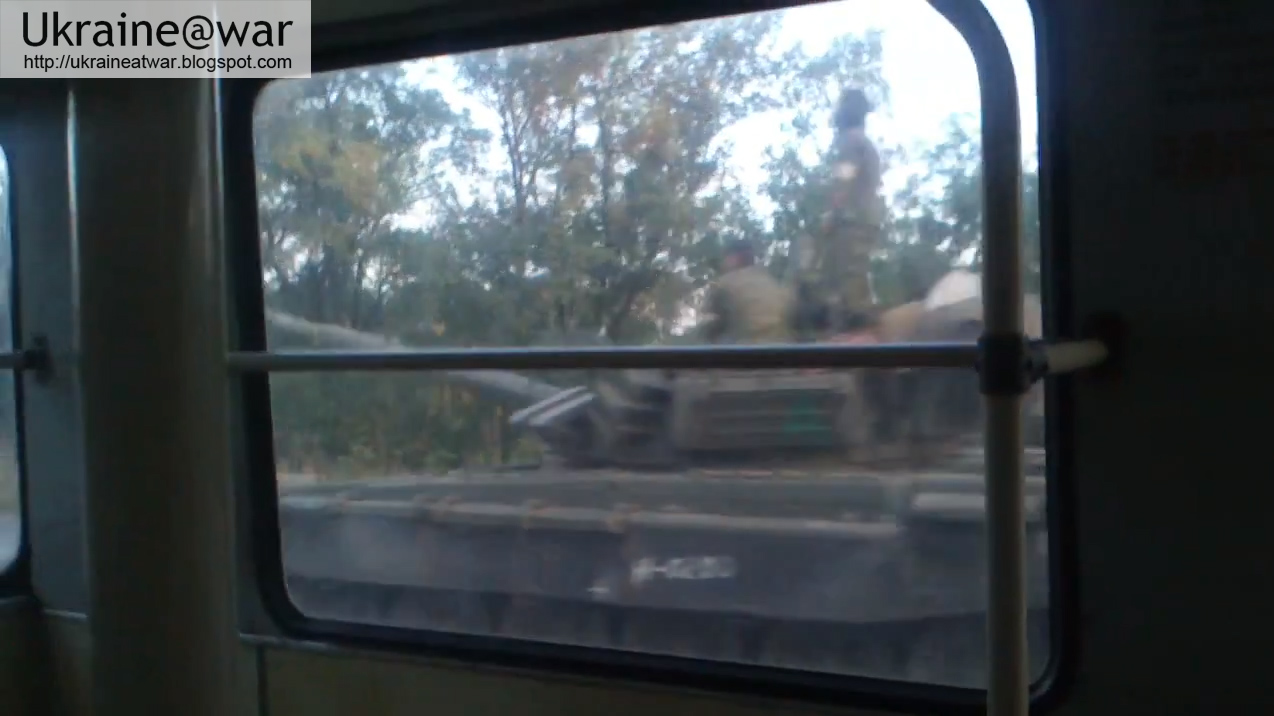 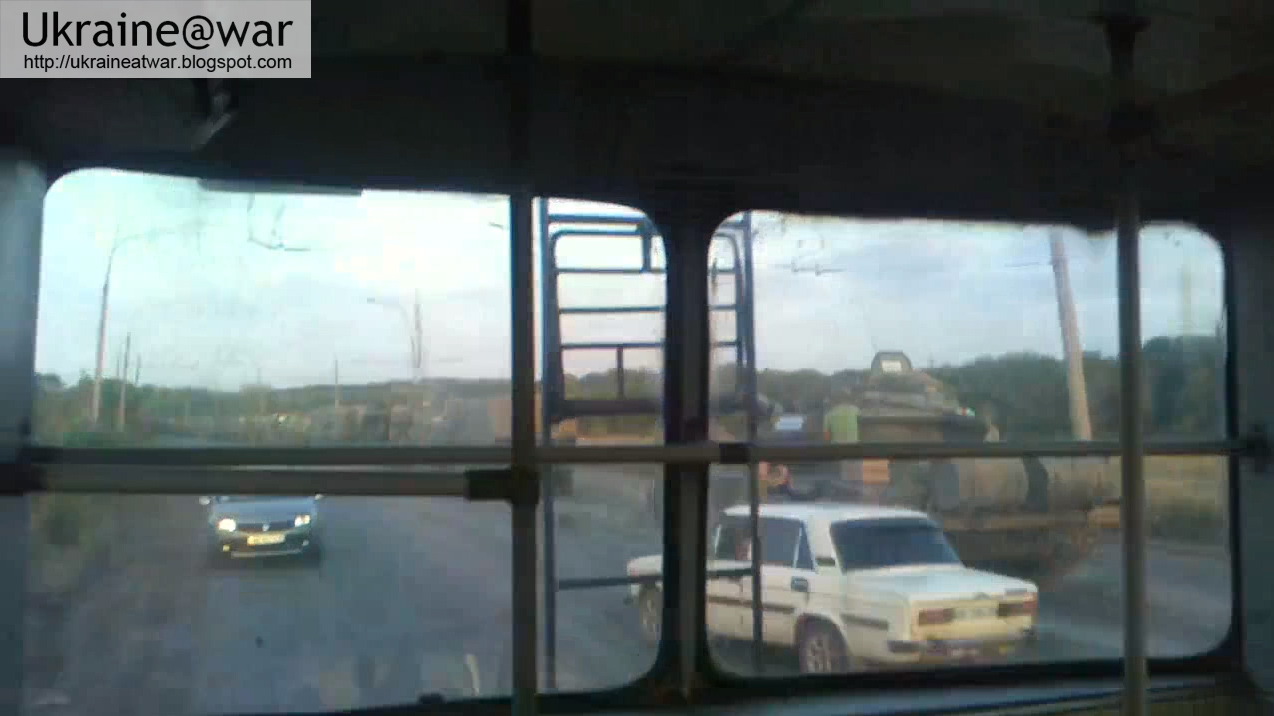