@noclador raised a serious matter. In this thread he pointed out that a lady called Oksana Nikadimova is a fighter in the Russian Nazi unit 'Русич' and ALSO has an accreditation as a 'journalist' so she can join OSCE-trips.

Here Oksana can be seen on an OSCE-trip: 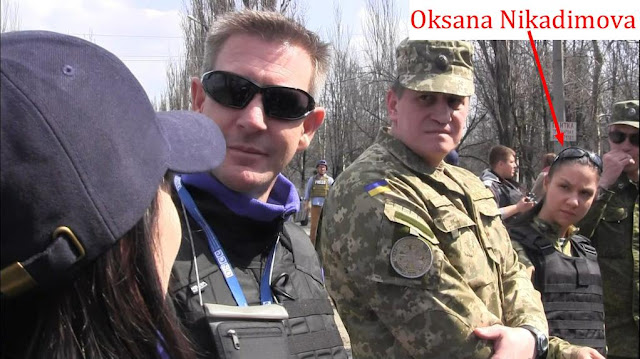 (Note Simon Ostrovsky on the background)

The photo comes from her own VK-page: 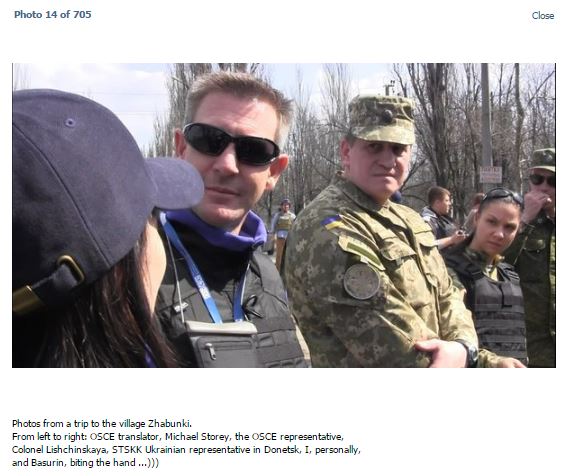 (Zhabunki is small village on the frontline between Donetsk Airport and Pisky)
Here she can be seen recording Basurin: 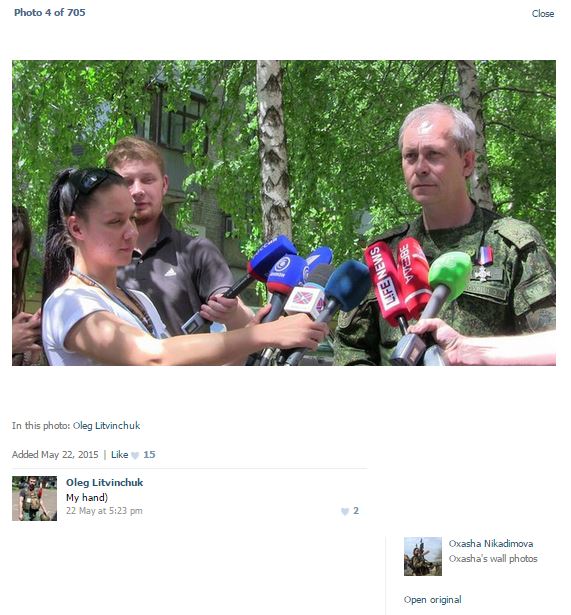 With this photo she is explaining what her role is in (the Nazi unit) 'ДШРГ Русич' during an exercise: 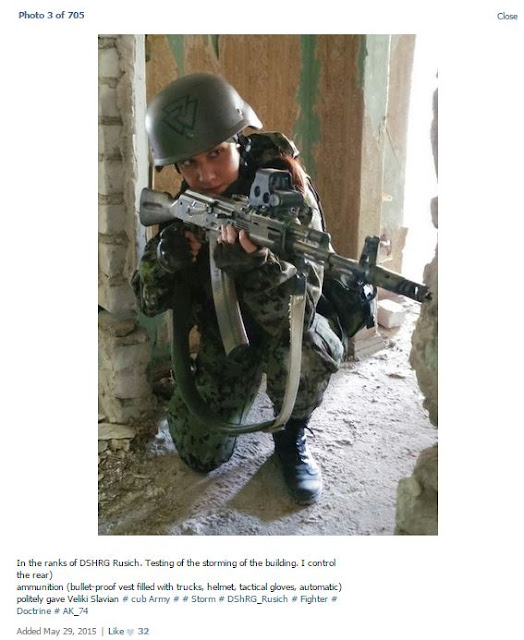 This is the sign/emblem of that group: 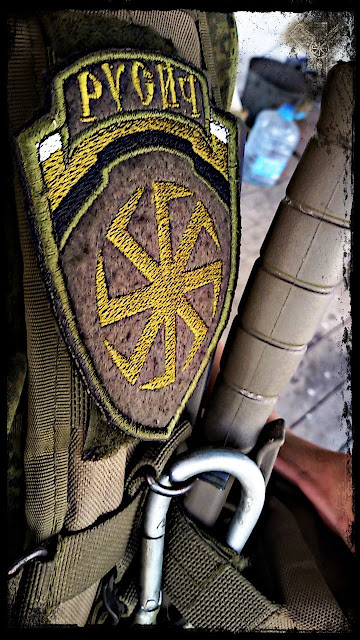 This is the unit that puppy-killer neo-Nazi Alexey Milchakov is a member of. Read about this Nazi-group here.

Oksana has a photo with him too on his profile: 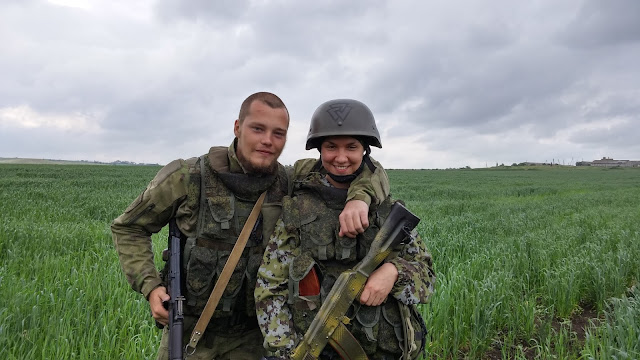 Link to original.
Note the symbol on her helmet. 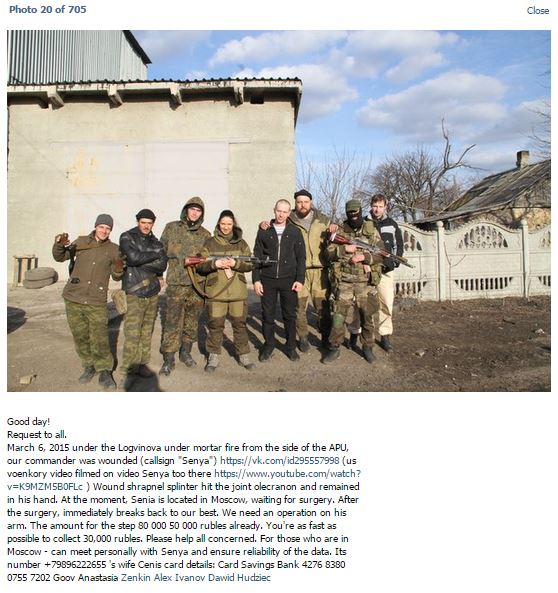 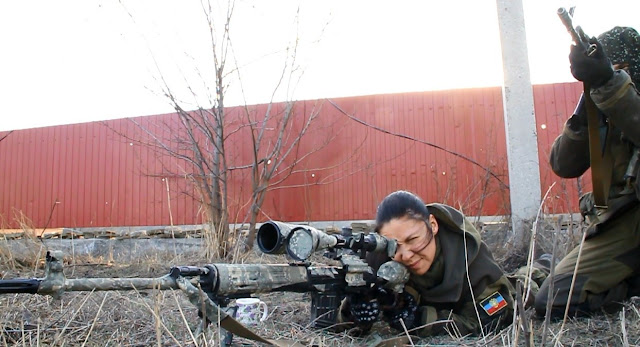 Working as a journalist again at the location where Russian shells hit playing kids (see this blog): 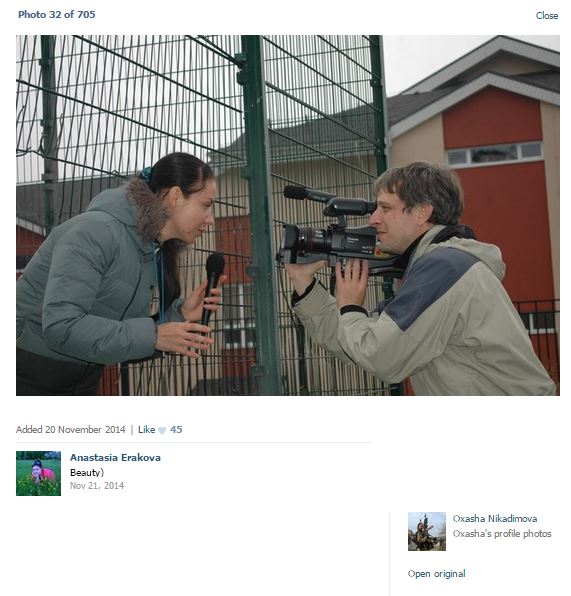 Recently she has been given a medal: 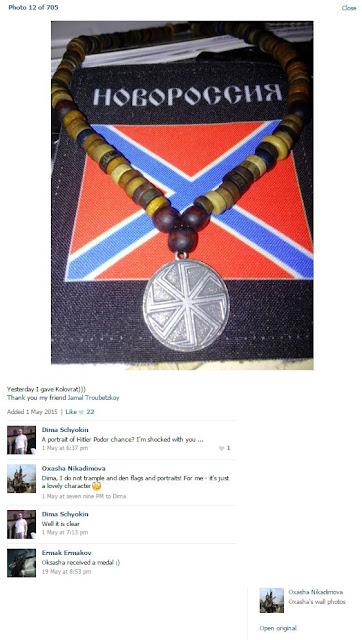 Note the discussion. Somebody says he's shocked to see that she gets Hitler-medal. She excuses herself that for her it is not about Hitler, but she just likes the symbol. Yeah right.

Conclusion
Clearly Oksana Nikadimova has been spotted during an OSCE-trip. It is also clear that she at least has very tight friendships with the core Russian Nazi-battlegroup in Ukraine, if she is not just a member of it as an embedded 'journalist' who also gets military training. 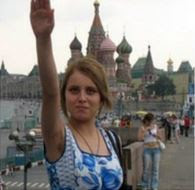 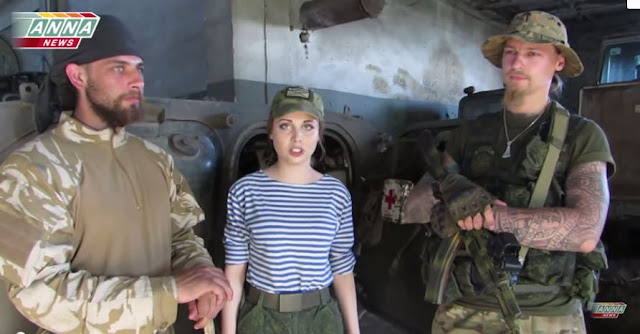 It is naive to think that the information she gathers during such trips is not been given to her unit & friends.

In other words: OSCE should not allow her (and her kind) on any such trips anymore.