Two videos showing some extremely large explosion what looks like it could be a Tochka-U rocket:

This one is easy to geolocate: 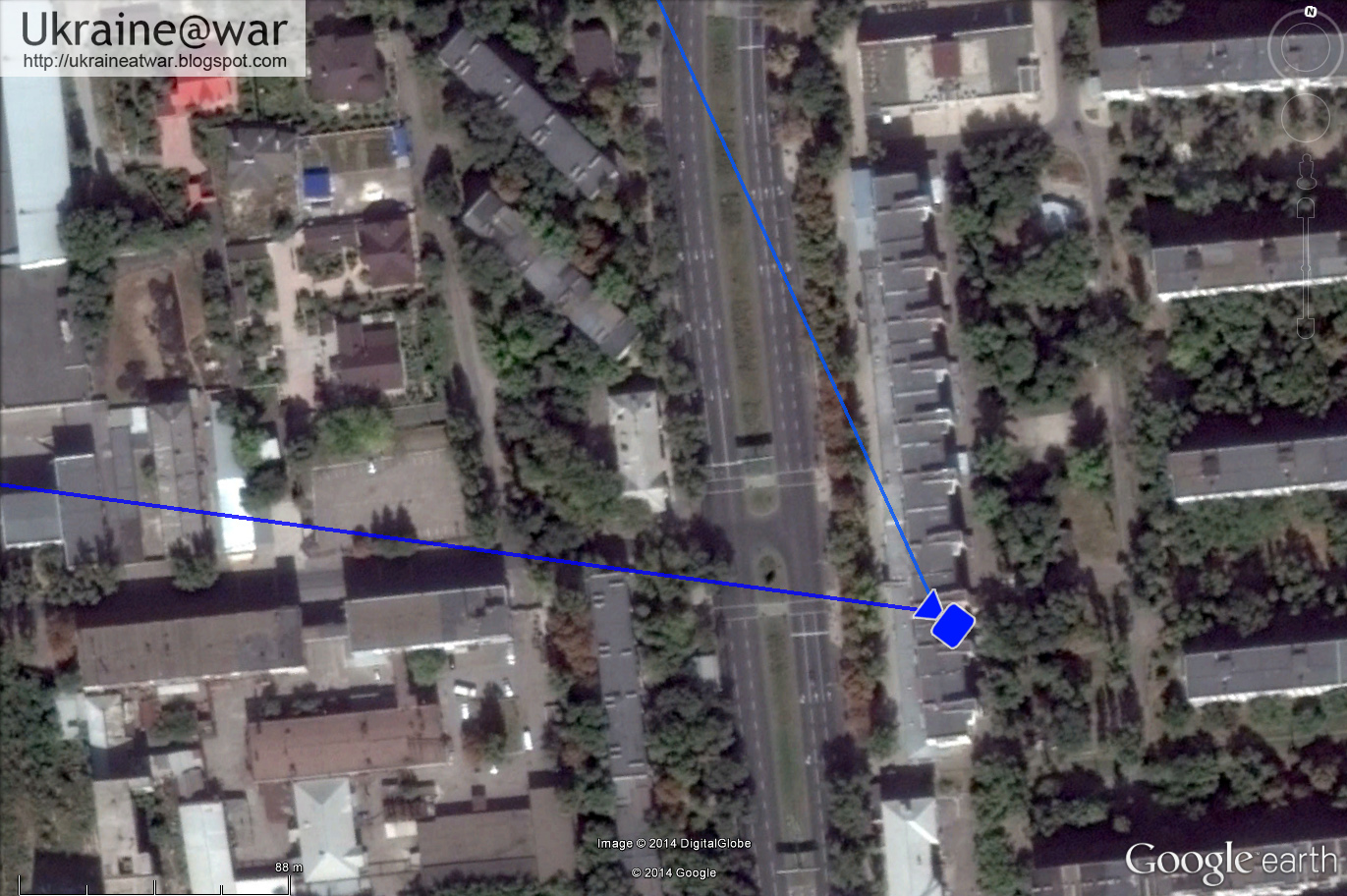 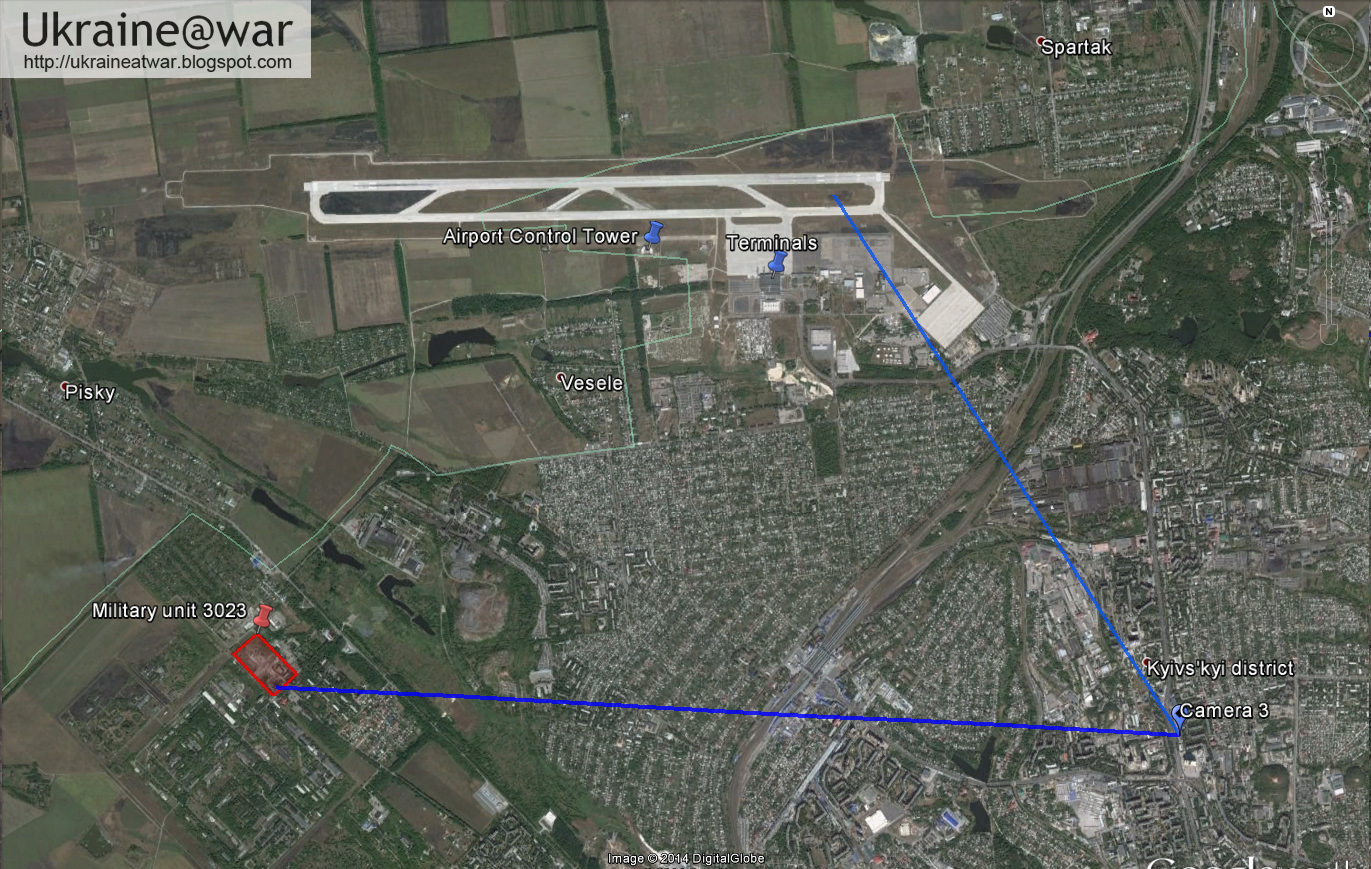 @5urpher was able to find the location of the first video:

This Panoramio photo has almost the same view, but a slightly different position: 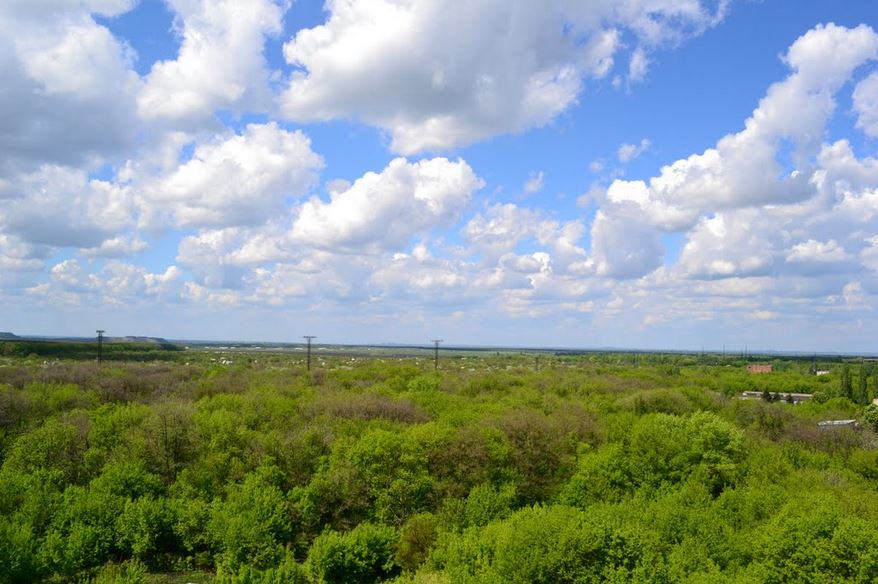 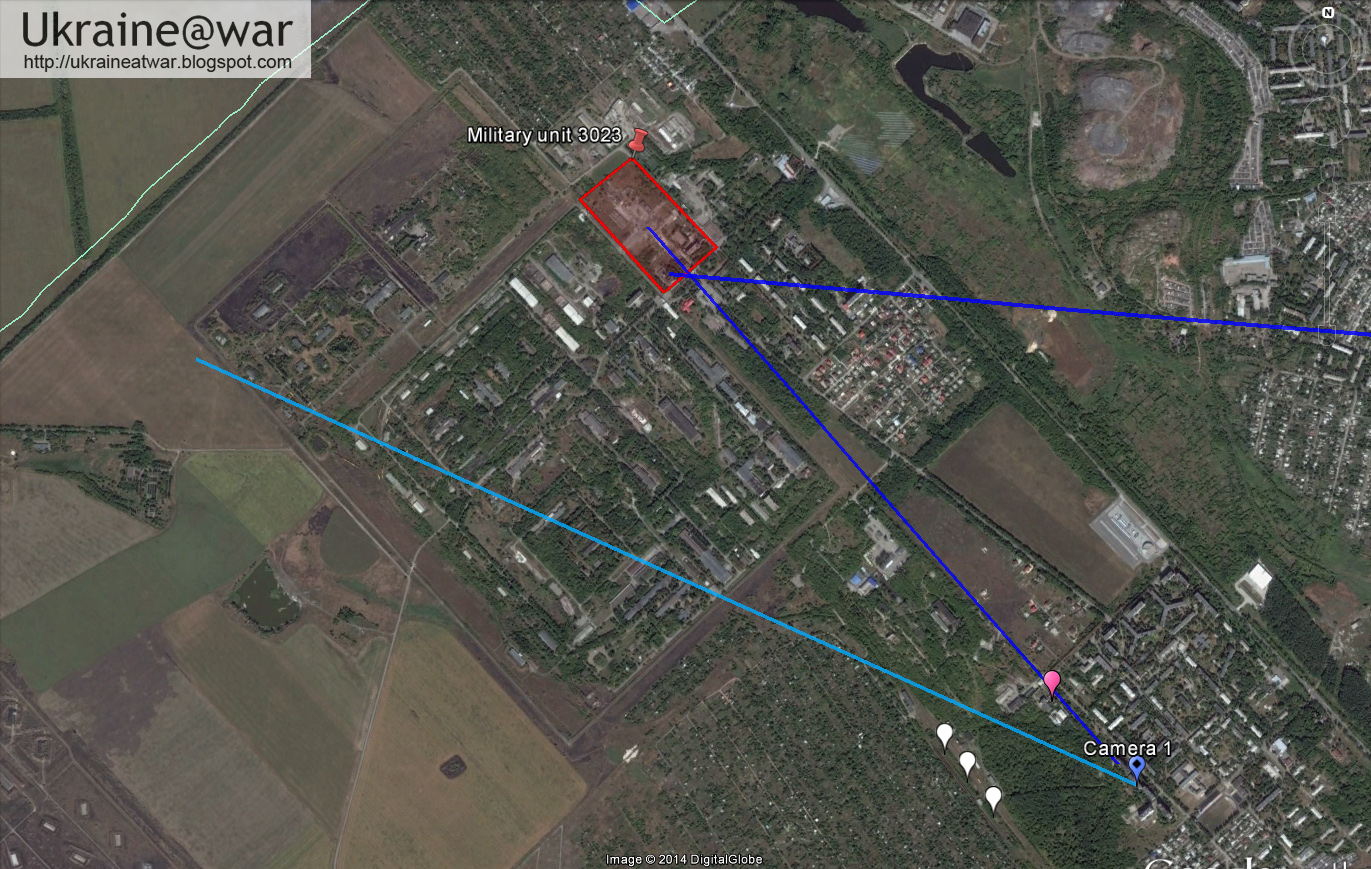 Again with the two blue lines indication the direction of the plumes.

Now the second video can be matched too. This is the location: 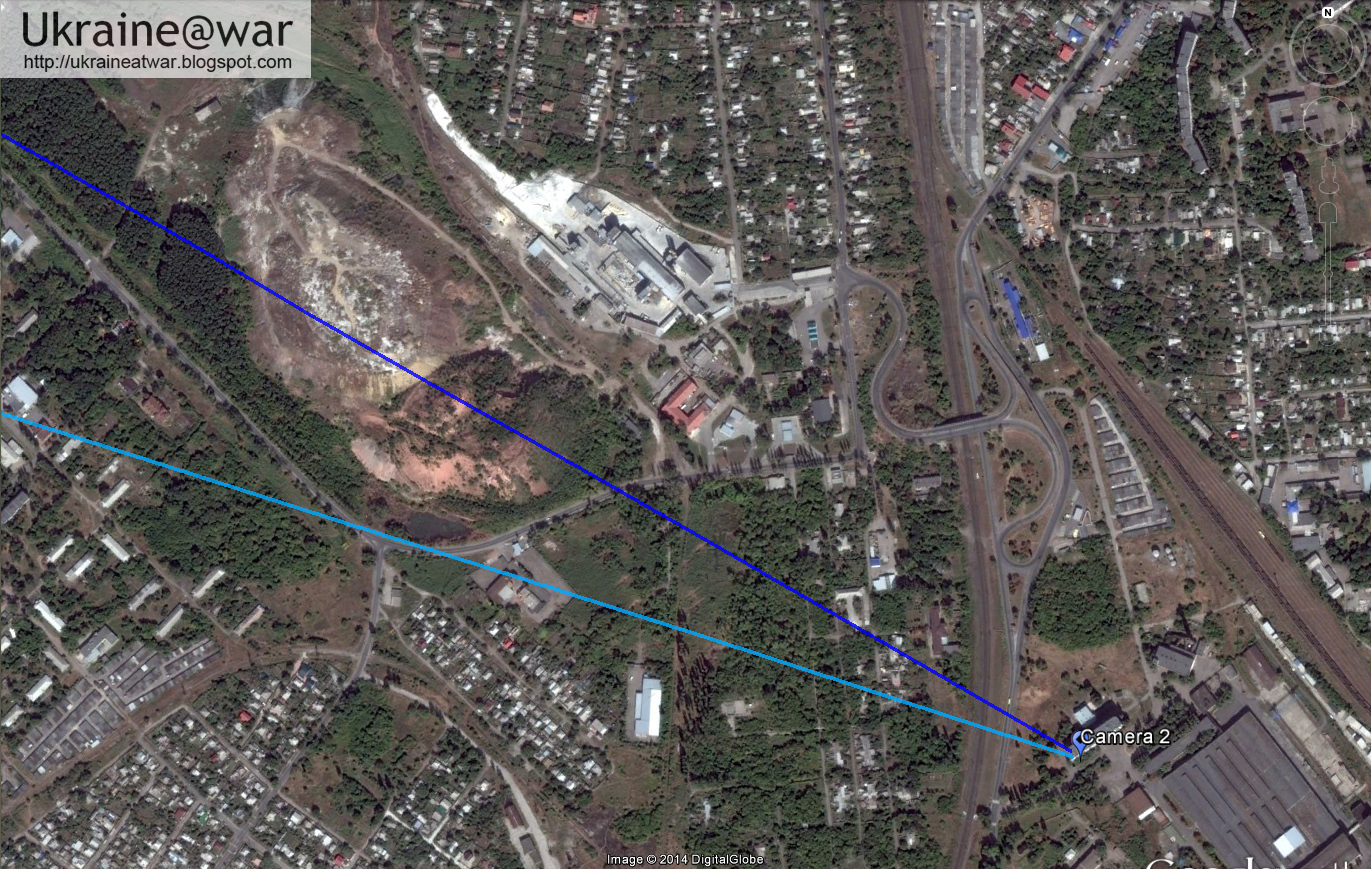 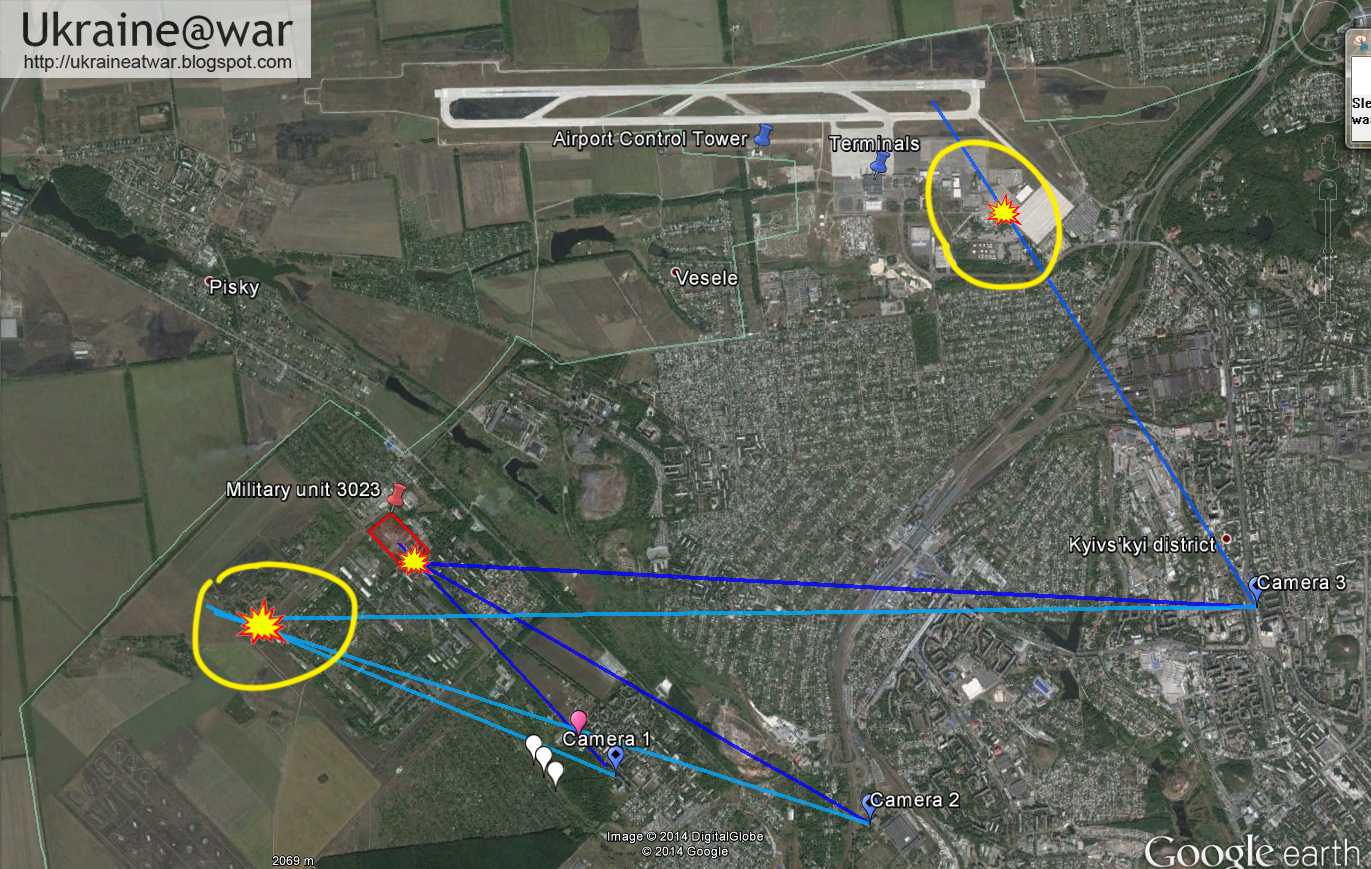 When we have a good look at the third video again, we can see that the smoke from the West is actually the from TWO smoke plumes that seem to melt together from that distance: 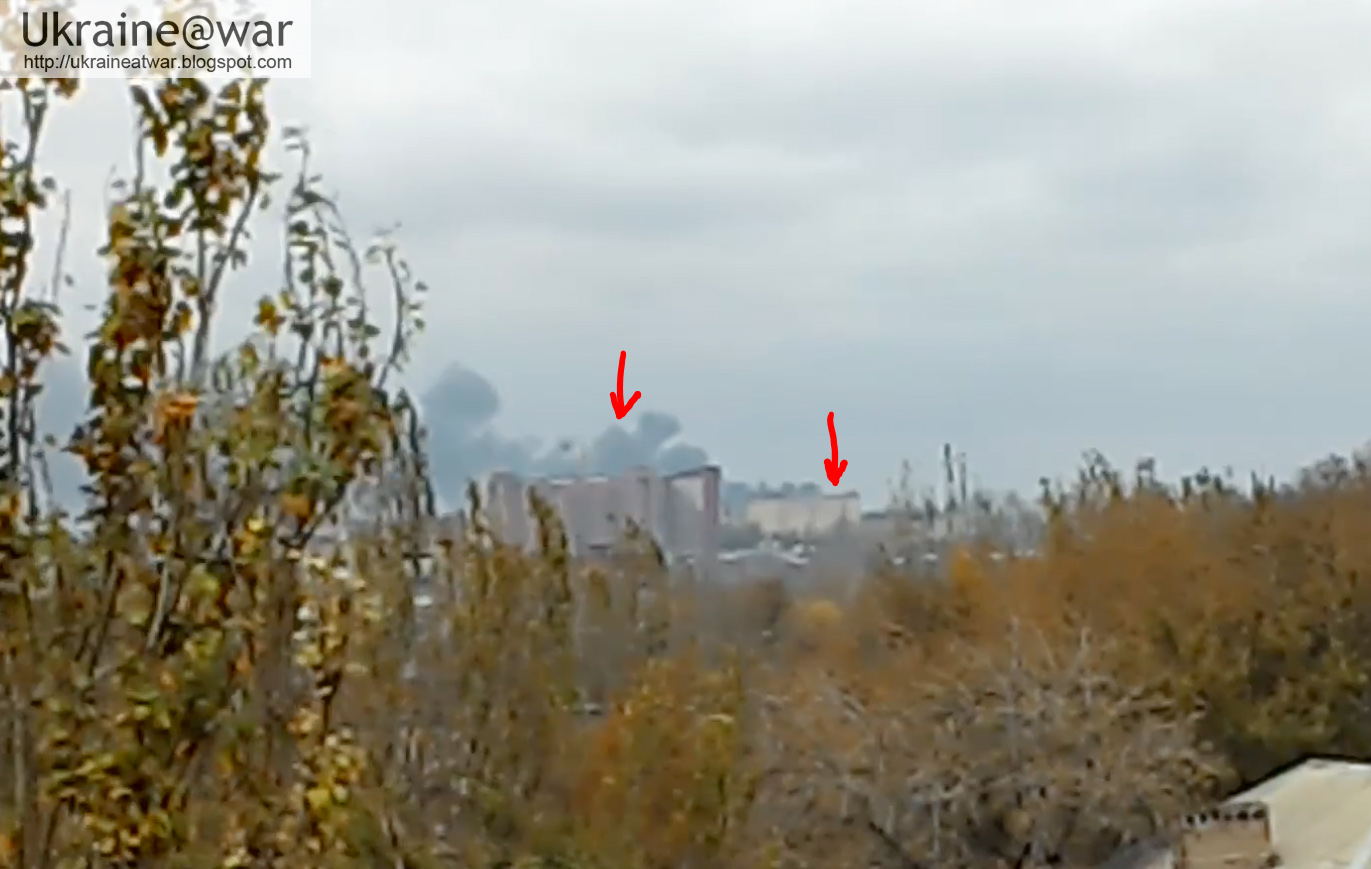 Who has been hit?
This definitely looks like a serious attack from the Ukrainian army on Russian positions. All these three areas are under Russian control.
What the big explosion was, remains unclear. It is not in the known munition depot nearby. Satelitte images show that between July 30th and September 3rd one of the storages in the munition depot had been blown up, damaging several next to it: 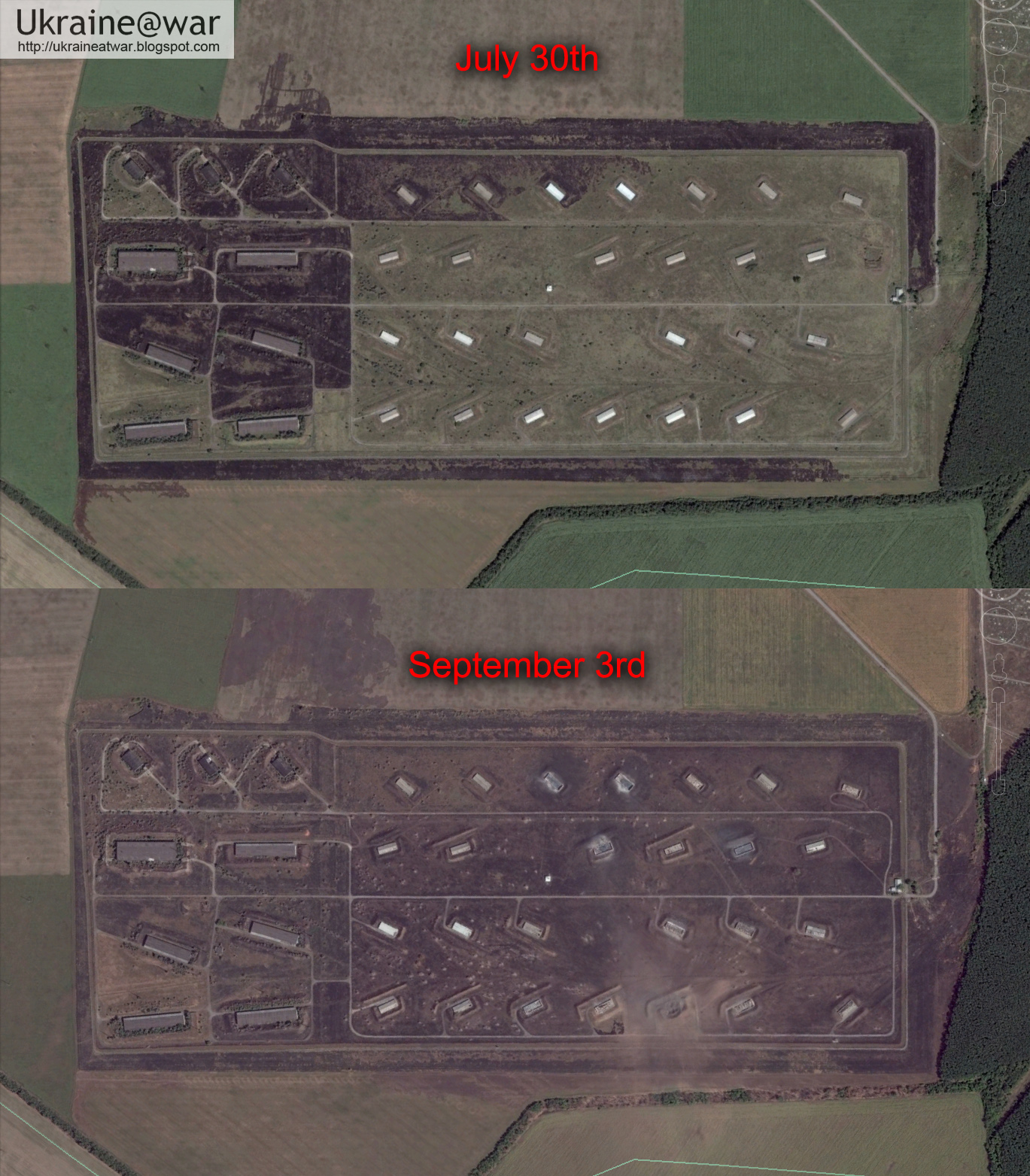 This panorama made from the video shows that the explosion happened EXACTLY on the railway leading to the bunker:

Note that left and right on the railway there are still destroyed wagons.

It therefore looks like atrain transport (with explosives, ammunition) had been blown up. Either this was a well performed Ukrainian (sabotage) operation, or something went wrong and the Russians did something really stupid... :P.


If you have any information on what exactly exploded like this, let me know...