Ukraine is pushed back by open Russian invasion

For days in a row the Russian (Propaganda) militarymaps.info shows big advances on all fronts that can not be ignored.
In the North: 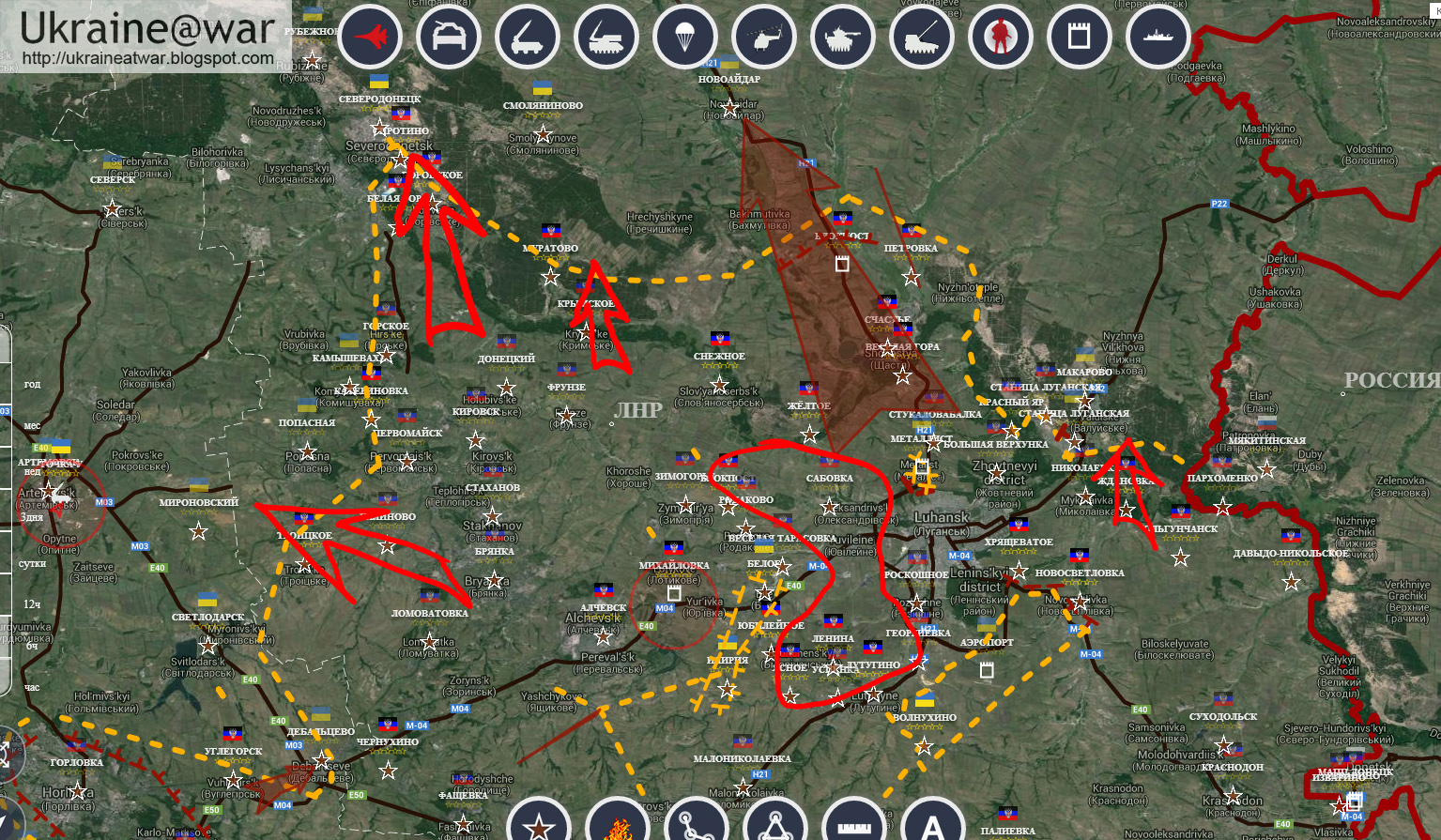 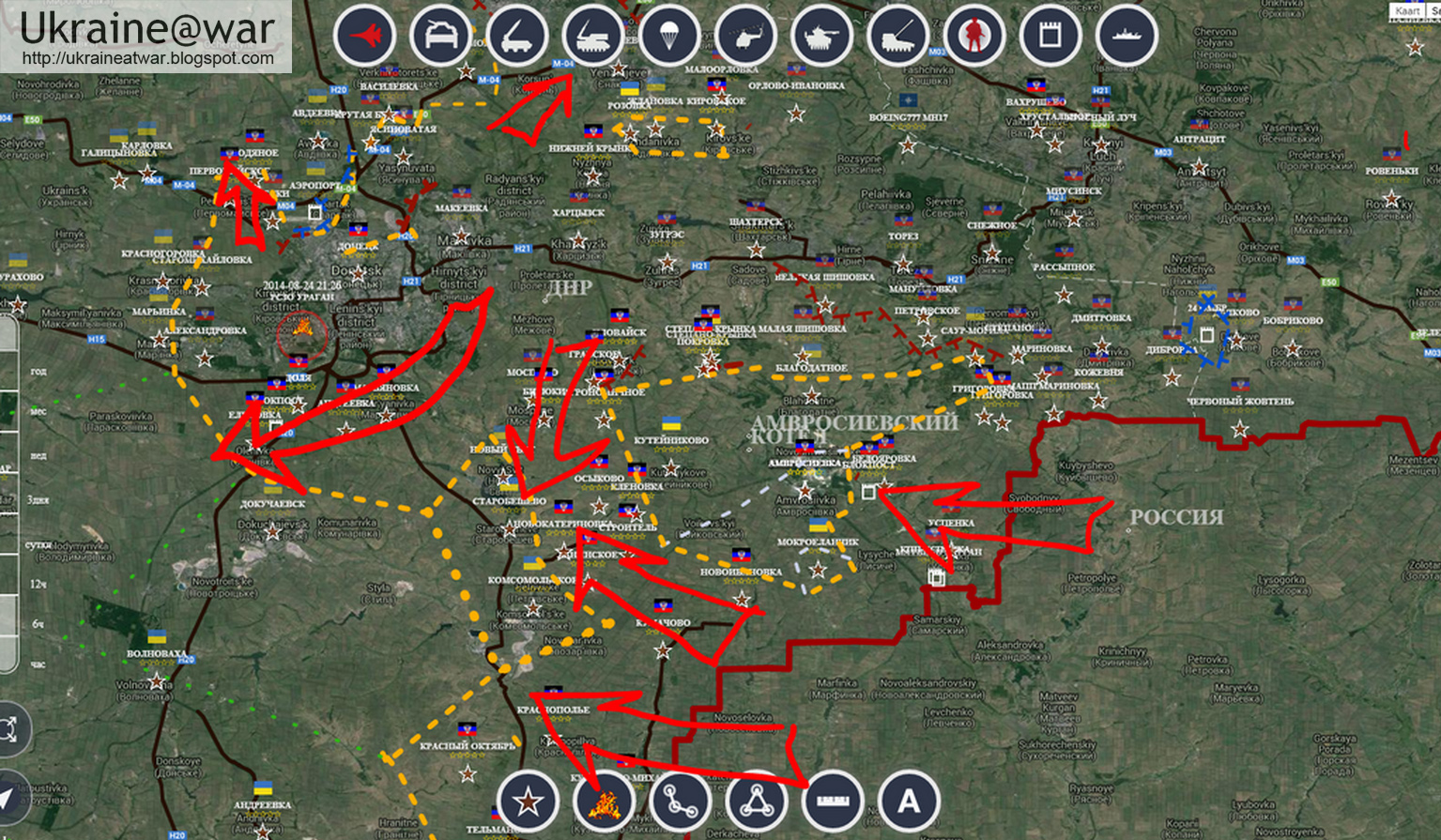 While the world was watching the White Truck Charade entering Ukraine at Izvarino border crossing, large numbers of Russian forces entered on all border crossings in the conflict zone. On August 24th the world watched at Ukraines Independence Day with a big military show off in Kiev. There was another 'counter display' of Ukrainian POWs to watch in Donetsk.
On this day Russia started to attack and advance into Ukraine south of the conflict-zone into the direction of Mariupol.

All this means a turning point in the conflict.

Russia is now fighting openly with its regular army and is pushing Ukraine back into the defense, if not overrunning it.

These villages can be seen here: 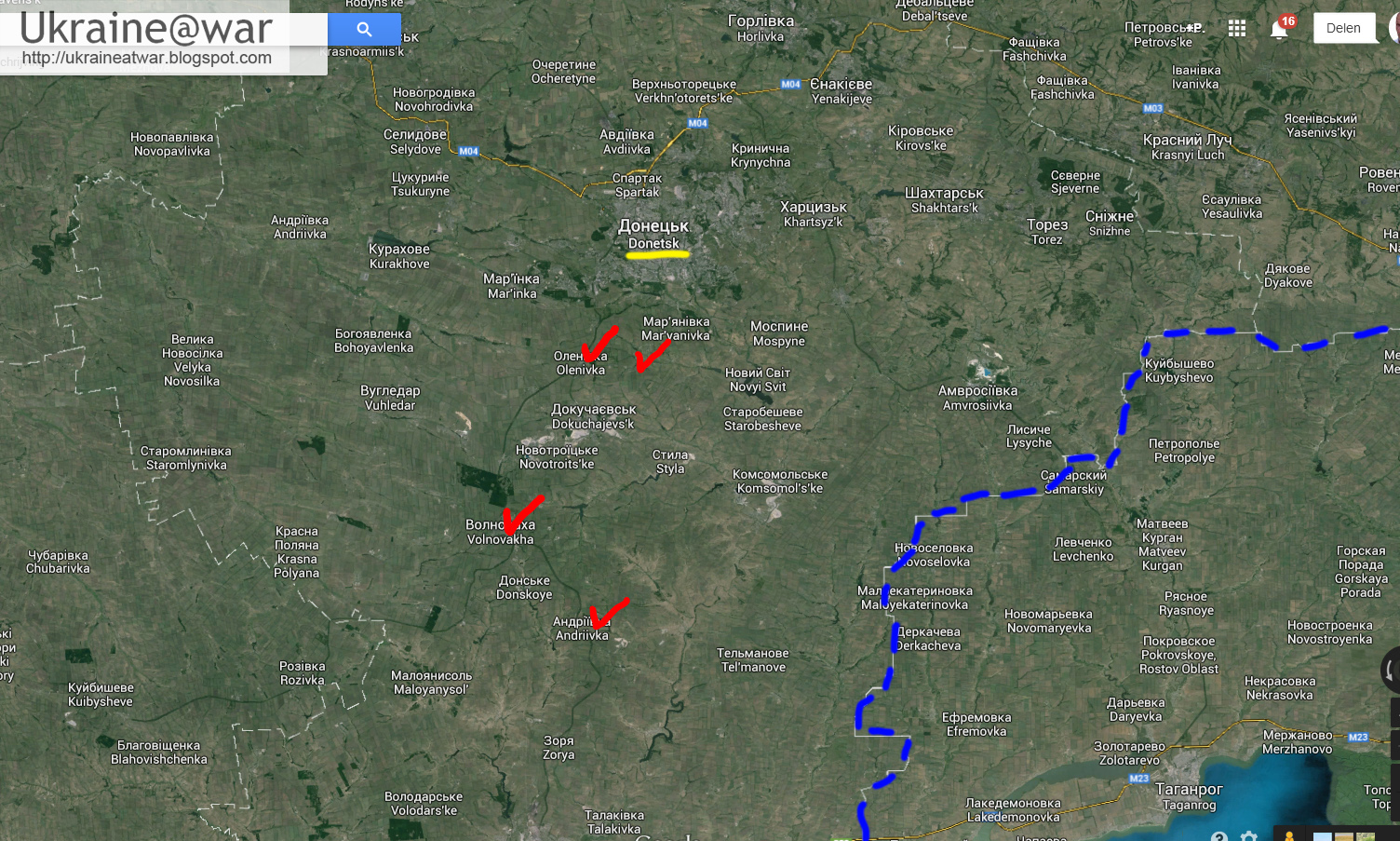 Not even all of them are shown on Militarymap yet! It means only one thing: The entire region between Donetsk and Mariupol in the south is threatened and Ukraine is in big trouble, because many troops are being cut of and will face to be completely destroyed and/or they have to fight their way out.

DPR claims its forces have encircled a 7,000-strong Ukrainian force in the area of Ilovaysk.
— Leonid Ragozin (@leonidragozin) August 24, 2014

There is a report that the Russian army has moved 250+ armored vehicles & artillery pieces into Amvrosiivka #Ukraine http://t.co/hFZn35ubgX
— Ukraine Reporter (@StateOfUkraine) August 24, 2014

If it's really true that Russia is going in like this, this is what Ukraine should do: 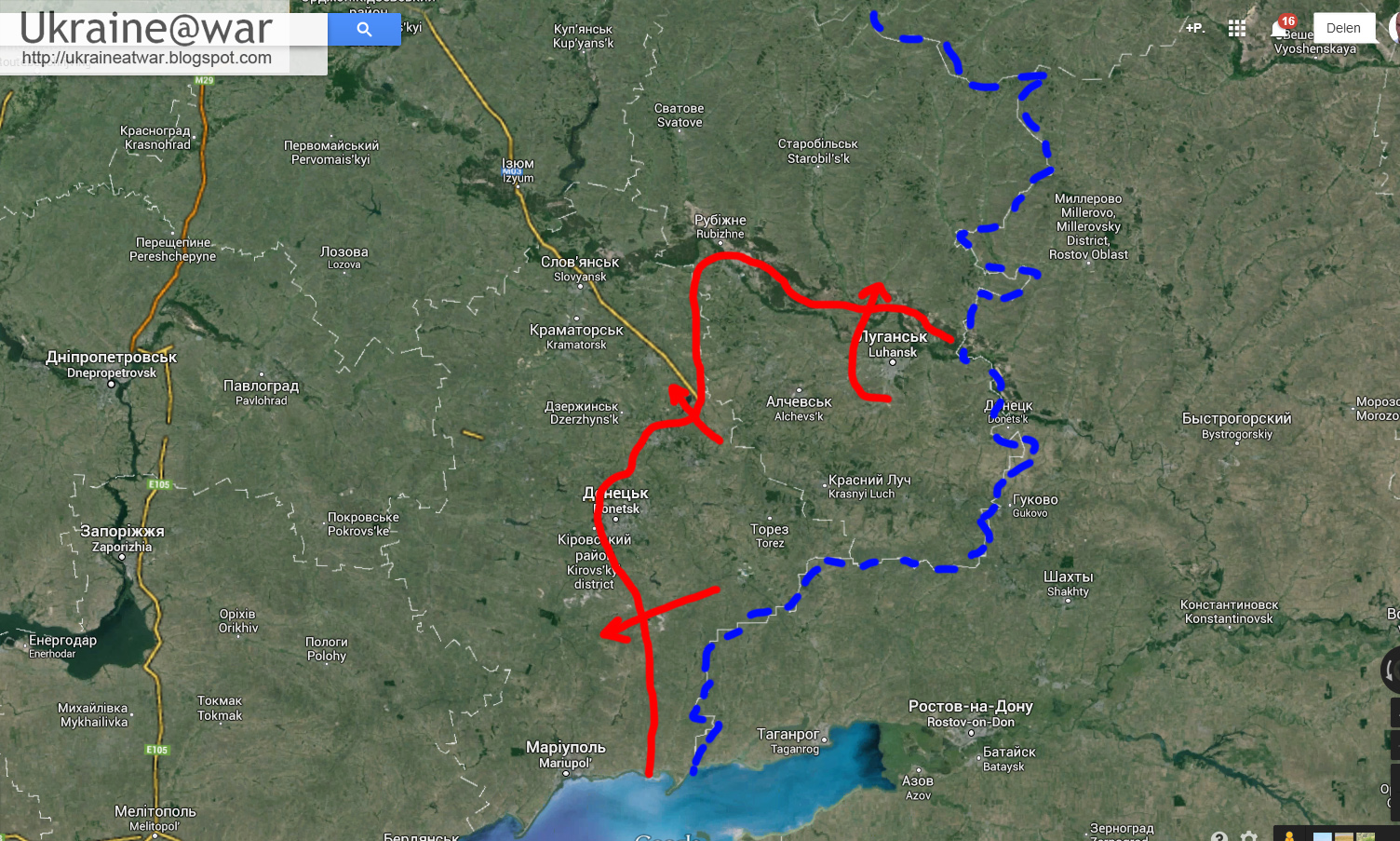 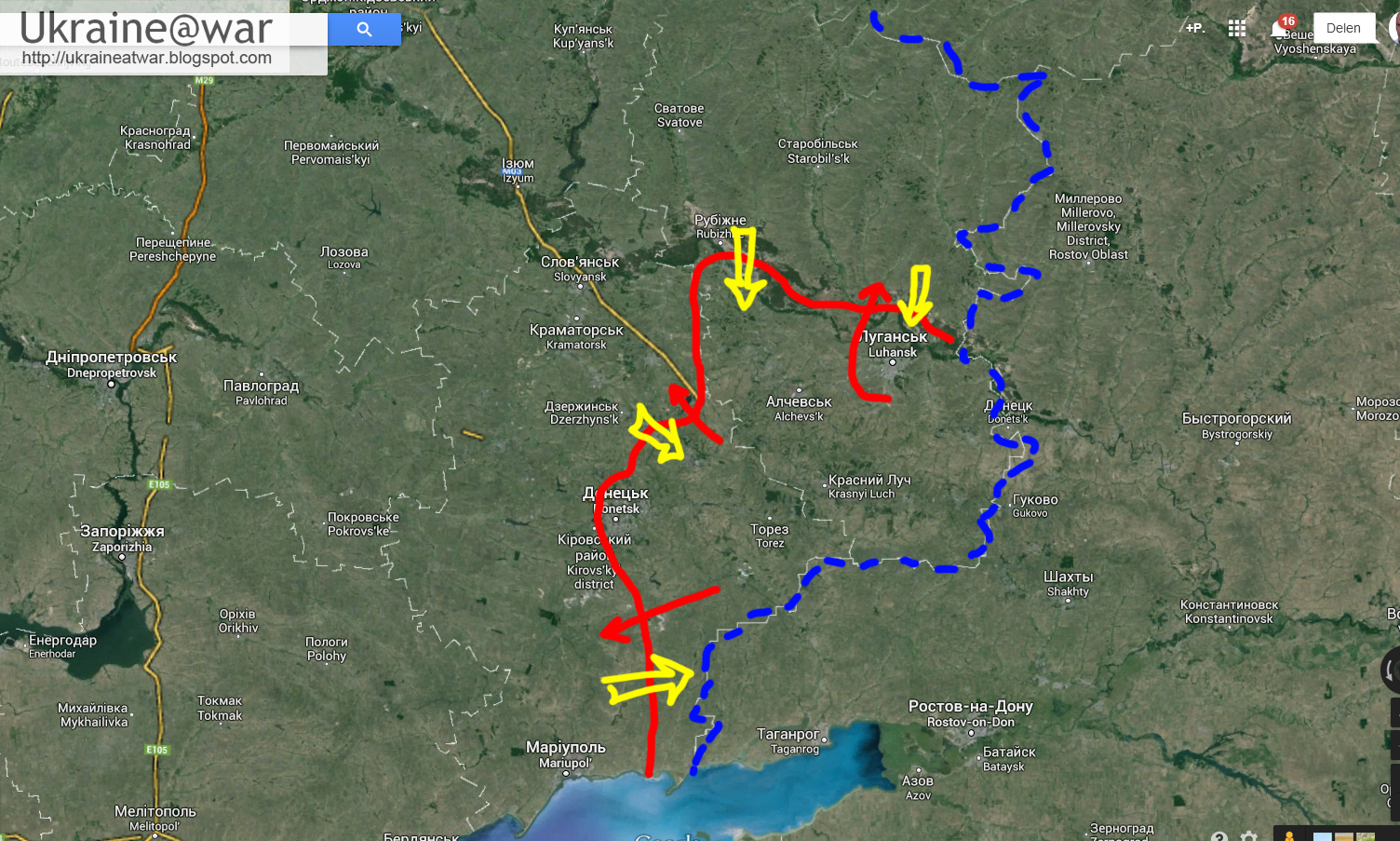 Now that Russia is attacking Ukraine OUTSIDE of the conflict zone, it means August 24th, Ukraine's Independence day will go into the history books as the day that the proxy war with Russia changed into an open war.

Since the first White Truck Charade was so successful Russia wants to send another such distraction for the world to look at, so they won't pay attention to the real problem: