With a bunch of journalists checking the Humanitarian (R)aid Convoy, they are able to spot a lot of Russian hardware approaching the Ukrainian border as well.

Here is an overview of what they see.

All this happens at this crossroad, the exit towards Russian Donetsk and Izvarino border crossing which is in Russian control. 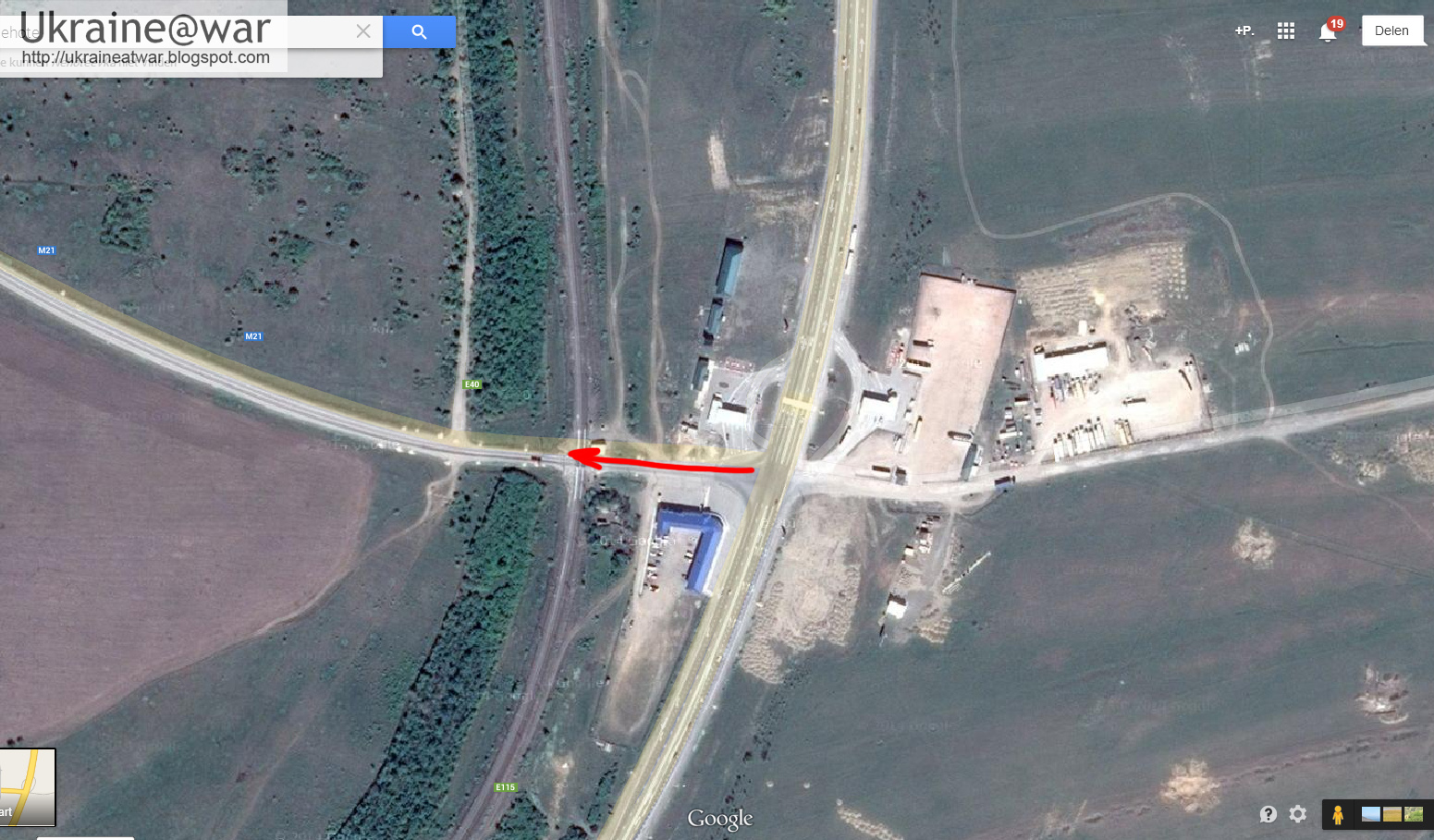 In Google Streetview you can recognize the buildings: 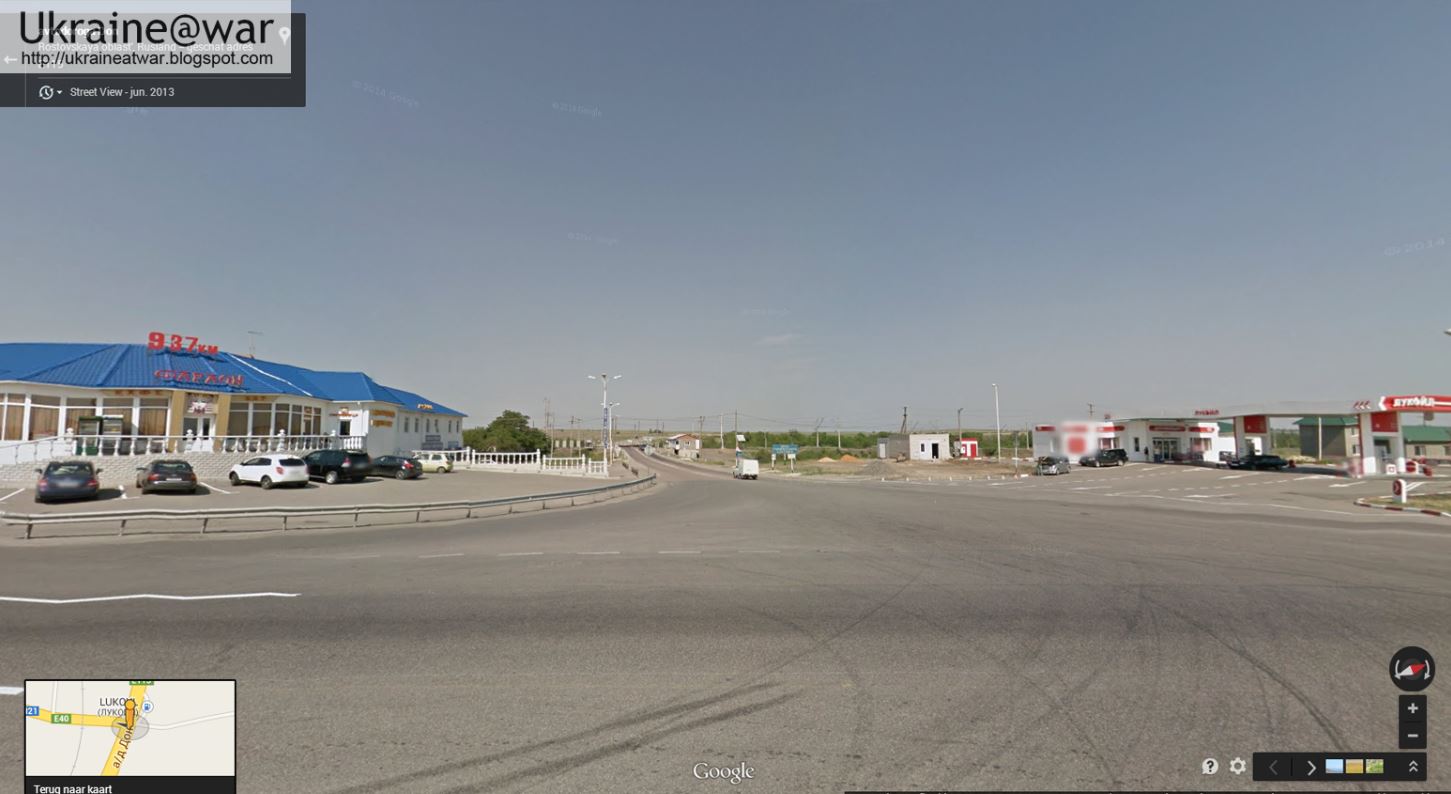 This is how they crossed the border the past month, so that's how they will likely do it now too: 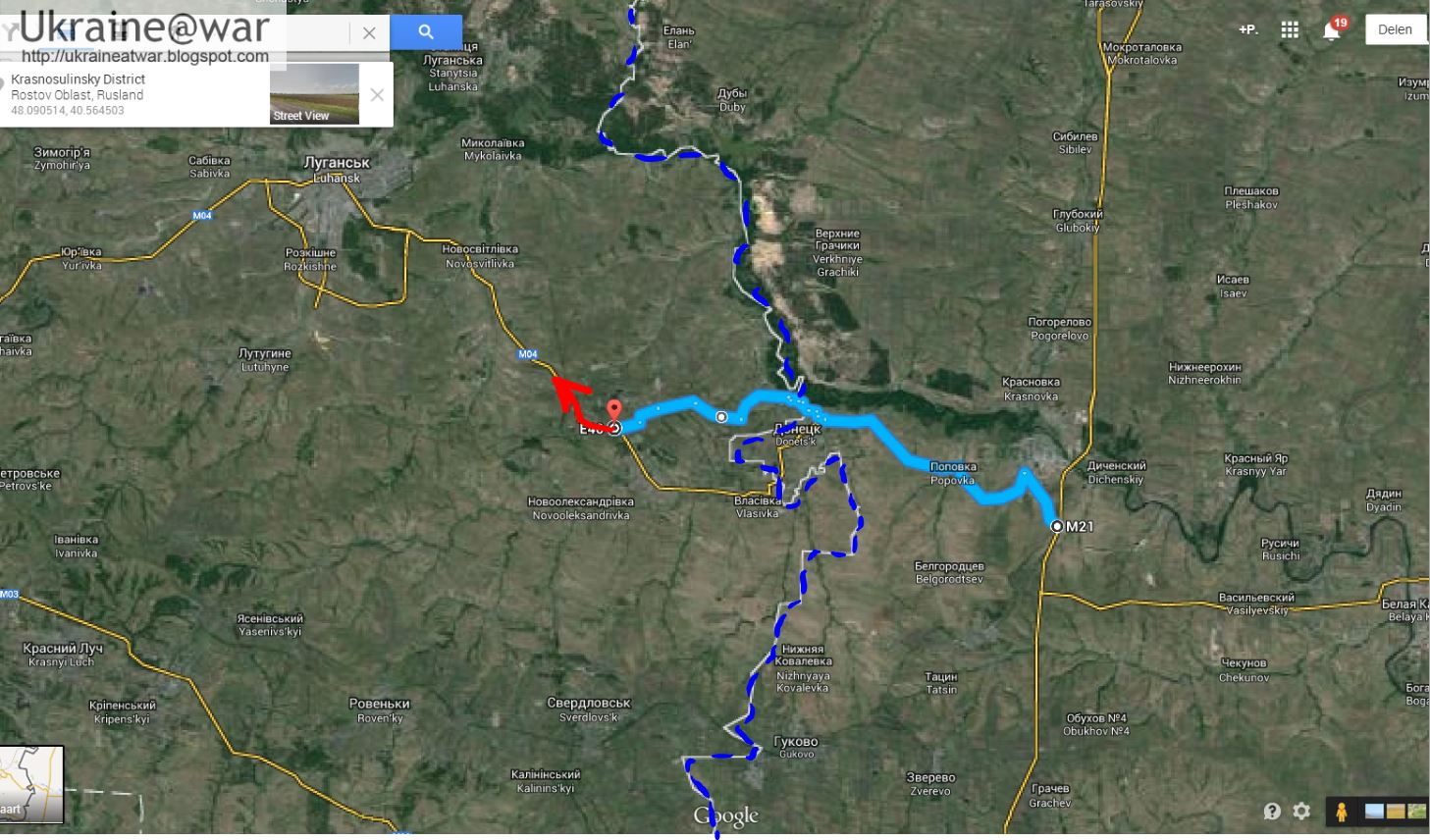 
Can anyone identify these chaps? pic.twitter.com/5cVUN2xqd2
— Shaun Walker (@shaunwalker7) August 15, 2014

These are two of the elements of the BUK-system. The TELAR (or 'launcher'; same that shot down MH17) and the LLV ( or 'loader').

A dozen of these have just passed by us in the direction of the border. Cannot confirm that is where they're heading. pic.twitter.com/XOya5Z9NT4
— Steve Rosenberg (@BBCSteveR) August 15, 2014

Where else do they go?

That is the BUK command centre.


So @RolandOliphant and I just saw a column of APCs and vehicles with official Russian military plates cross border into Ukraine.
— Shaun Walker (@shaunwalker7) August 14, 2014


.@shaunwalker7 and I just witnessed a not insubstantial column of APCs and trucks slipping across the border into Ukraine.
— Roland Oliphant (@RolandOliphant) August 14, 2014


Didn't even turn off their headlights. Saw Russian military plates on support vehicles, but no markings I could make out on APCs.
— Roland Oliphant (@RolandOliphant) August 14, 2014


Meanwhile, this has appeared in a field outside Donetsk (Russian Donetsk). Didn't notice it yesterday. pic.twitter.com/rgdX03obpt
— Roland Oliphant (@RolandOliphant) August 15, 2014


Help required. Spotted two of these yesterday when the aid convoy arrived in Kamensk-Shakhtinsky (but what is it?) pic.twitter.com/BunnI4YeyF
— Steve Rosenberg (@BBCSteveR) August 15, 2014


Massive column of APCs flying Russian flags and some with мc - peace keeper - driving past aid convoy and barrelling it toward Donetsk
— Roland Oliphant (@RolandOliphant) August 15, 2014


These guys. Lots of them. pic.twitter.com/XM1QCCpmNQ
— Roland Oliphant (@RolandOliphant) August 15, 2014

Meanwhile these fresh units are spotted in Donetsk by a webcam:

Russia now has an ENTIRE BUK-system transported to Ukraine: