This video shows how Ukrainian soldiers get captured in Eastern part of Debaltseve, while battle is going on:

There is only ONE guy in this video that COULD be a POW: 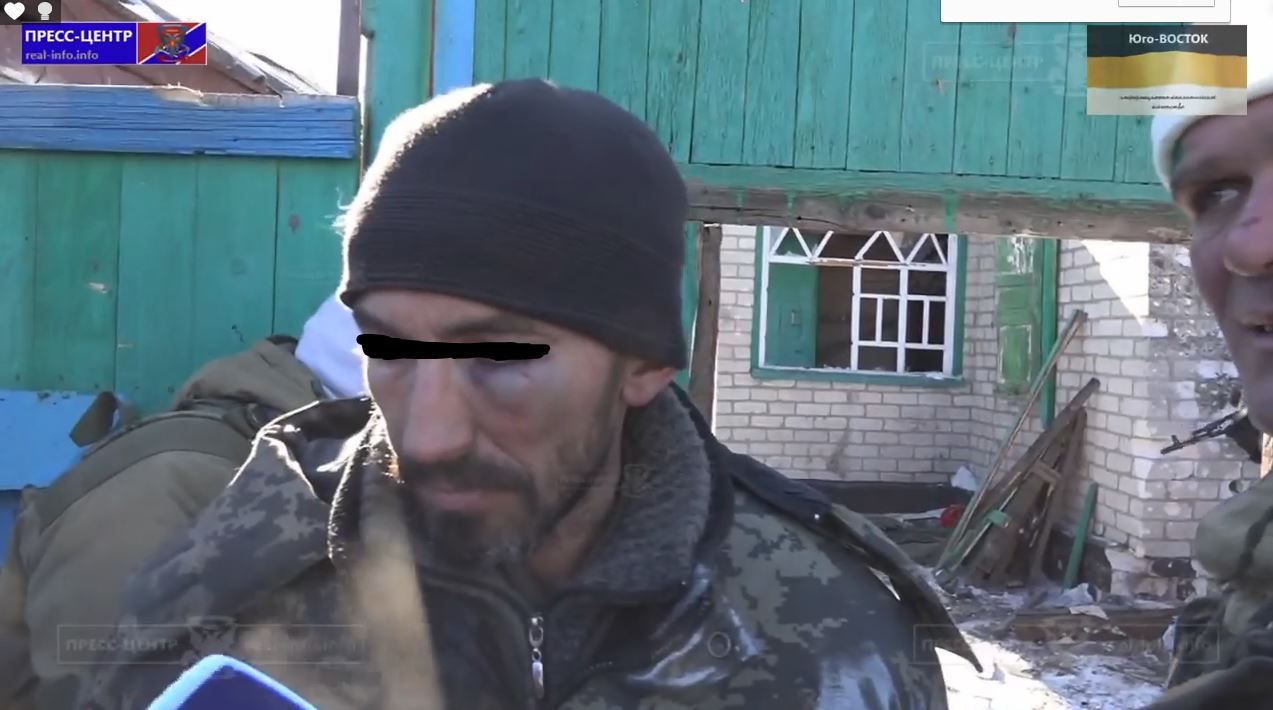 Because his face looks beaten up. That's standard procedure for the Russian( proxie)s.

This video shows how these POWs are taken away:

The location is here.

There is not ONE single Ukrainian mark on those soldiers. They are allowed to carry bags. They do NOT look beaten up. They are treated quite nice. They don't look scared or demoralized. They look clean. They don't look like they have been fighting for days and days in a row.
So this very much looks like a staged scene as happens so often on Russian TV.


Note this... there is a Russian general on the scene:


You can find more info on him in this blog.


Oh yes there was some kind of agreement that this guy would work on a 'peace plan' together with Ukraine. See this video. But that is TOTALLY INSANE! You don't invite the enemy that wants to TAKE OVER your country INTO your country to work together with him.
And this is what you get when you do: he is overseeing the takeover of Debaltseve and the taking prisoners of Ukrainian soldiers (even though this video is staged, in reality he DOES do this too of course).

This general Lentsov is the commander in charge of all forces in East-Ukraine. He works together with general Vyaznikov who is on the Ukrainian side in Soledar (also a INCOMPREHENSIBLE thing).

This is the other guy with him:

He is supposedly from Lugansk and has several online 'profiles' that say so. But he is first seen in East Ukraine when the huge Russian take-over army entered Lugansk. See this article. This 'army' was send to settle all the in-fighting between local warlords and the disobedience towards the Kremlin. See for instance this article.
So in my opinion he is a RUSSIAN colonel with a constructed local profile as to make it appear this man is a rebel.


In this blog I warned for and Ilovaisk 2.0 at Debaltseve.
@MrKovalenko is a press and communications officer in the Ukrainian army:

Happily he and his men got out save:

I'm also happy that even though Debaltseve had to be given up to the Russian aggression, it did not turn into the massacre it COULD have been...